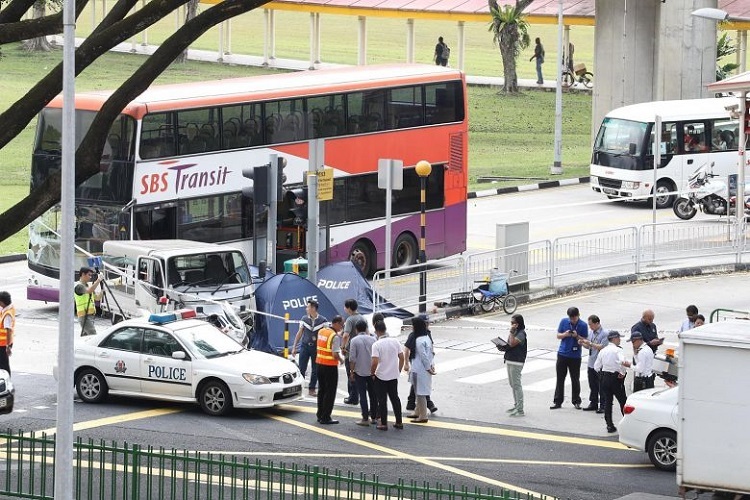 
Five people were killed in traffic accidents over the last week. This isn’t acceptable. It’s time for us drivers to re-evaluate our driving habits on the road.


Singapore roads have been plagued with traffic accidents and fatalities over the last week. A 19-year-old undergraduate was killed in a horrific traffic collision last Thursday. This was followed by another fatal collision on Sunday that took the life of a 23-year-old woman.

Three pedestrians were also killed when a lorry ploughed into them as they were walking on a pavement. This happened yesterday morning.

Despite living in a “first-world country”, our driving culture and road etiquette have a lot left to be desired. In fact, it appears we are more concerned about the time it takes to reach our destination than the safety of others on the road.

With the hope of eliminating road accidents and fatalities, we’ll be taking a look at some driving habits and practices that us drivers should improve upon.

1. Always Give Way to Pedestrians, Regardless of the Situation

Pedestrians are the most vulnerable group of road users. Unlike drivers, who are seated behind the wheels of their cars, pedestrians do not have a “barrier” or safety features like airbags and seatbelts to protect them from collisions. As such, pedestrians should always have higher priority and you should always give way to them, even if they are in the wrong.

There have been many instances where drivers accelerate at designated crossing instead of yielding to pedestrians. It’s this kind of behaviour that creates dangerous situations, especially for the elderly and young children.

Yes, we might be paying road tax and COE, but that doesn’t make us drivers the kings of the road. By owning and driving a car, we have the highest responsibility of any road user. So, please remember to give way to them at all cost.

2. Refrain from Driving if You’re Tired or Have Been Drinking

As previously mentioned, drivers should be responsible for the safety of other road users, however that doesn’t mean we shouldn’t look after ourselves. If you are in no condition to drive, you should not get behind the wheel. Reasons could include a lack of sleep, driving fatigue, or feeling unwell.

Drinking might be a good way to unwind after work but getting behind the wheel after having a few drinks is without a doubt one of the most irresponsible things you could do as a driver. You might feel fine and dandy, but even the slightest amount of alcohol in your system could affect your judgement.

3. Learn to Be More Patient and Courteous When Driving

Here at Motorist.sg, we always emphasise the importance of patient and courteous driving. In fact, we’ve previously written several articles highlighting the need for more considerate drivers in Singapore.

Growing up in this competitive country, most of us have adopted a “me first” mentality and this mindset is clearly reflected in the way we drive. Ask yourself this, how many times have you denied someone the opportunity to switch lanes. What about tailgating a car because the driver was driving too slowly? It’s these minor things that make driving in Singapore so frustrating at times.

As drivers, we need to realize that everyone on the road is just like us. At the end of the day, all we want is to drive home quickly and spend time with our family. Yes, it can be frustrating to share the road with slow or inexperienced drivers, but remember they are only human and sometimes, mistakes do happen. You probably made a few mistakes behind the wheel as well. How would you like it if every driver reacted hostilely to your mistake? With that said, remember to give other drivers the benefit of the doubt by displaying patience and courtesy while driving.

4. Follow Traffic Light Signals. They were Placed to Ensure Our Safety

The two fatal road collisions over the last week could have been avoided if the drivers had followed the traffic light signals. In both accidents, right-turning cars collided with vehicles that were travelling straight from the opposite direction. Traffic was favouring the oncoming cars and the right turn signals were not lighted.

Based on experience and observation, most of us have a habit of making a right turn even before the traffic light is in our favour. We will either slowly inch out to check oncoming traffic or we closely follow the right-turning car in front and assume that oncoming traffic is clear.

It might save us a few seconds to clear a right-turn quickly, but we often fail to realise how dangerous this practice is. With our vision obstructed by right-turning vehicles from the opposite direction, we won’t be able to see oncoming traffic and must take a chance when turning.

If you are attempting a turn without a right turn arrow, you must ask yourself if that’s a gamble you are willing to take. Even if the car behind starts honking, you shouldn’t feel pressured to make a right turn recklessly. Always remember that the safety of yourself and your passengers is more important. As we’ve said before, accidents on the road can’t be undone.

Singapore is a small country and it is possible to travel from one end of the island to the other in under an hour. That is why we can’t fathom the idea of speeding in our country. Our roads are already so congested and packed, yet there are countless drivers who flout speed signs in an attempt to save a few minutes on travel time.

The same should also be said about excessive lane change. Weaving in and out of different lanes is simply bad driving and is also the cause of unnecessary accidents on the road. According to ABC News, changing lanes frequently does not actually get you to your destination faster, however, it does set you up for more risks on the road.

Like we said earlier, patience goes a long way when driving. By learning patience and humility behind the wheel, the benefits are not only enjoyed by you, but also by others who share the road with you.