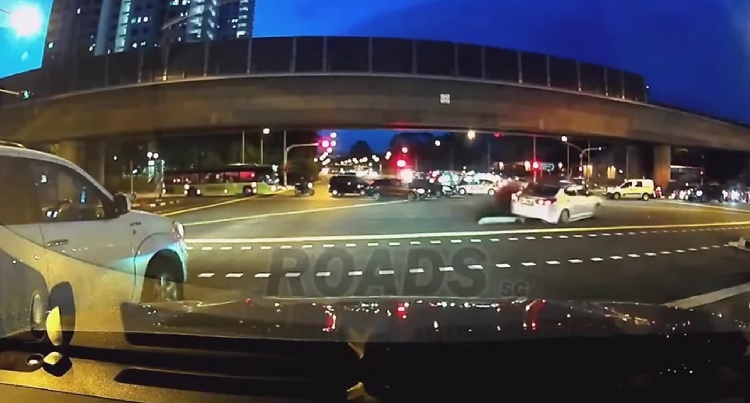 
Netizens are calling for turn-only on green traffic signs to be implemented after a 19-year-old National University of Singapore (NUS) undergraduate was killed in a traffic accident on Clementi Road yesterday.


Footage of the accident was uploaded onto Facebook by ROADS.sg and had gone viral earlier today. The video has since been taken down out of respect for the deceased.

The taxi, which was carrying the female passenger, was about to make a right turn at the Clementi Road junction. However, before completing the turn, a car from the opposite direction crashed into the left side of the cab. The car involved in the crash was travelling straight and had the right of way. However, it appeared to be speeding.

The impact was so great that both vehicles spun out of control. When they came to a stop, the female passenger could be seen hanging out of the shattered backseat window of the cab.

Although she was rescued from the crash, she eventually succumbed to her injuries and was pronounced dead at the National University Hospital.

The female passenger had been travelling with three other NUS students. According to The Straits Times, one of them was seriously injured, while the other two are in stable condition.

News of the accident sparked multiple discussions online. Many voiced the need for turn-only on green traffic signs to help prevent these types of accidents, while other argued for drivers to be more careful and patient on the road.

In our opinion, the accident could have been avoided if, 1) the taxi driver had waited for the right turn arrow to show; 2) the driver of the other car had slowed down when approaching the junction.

Whatever the outcome, we urge all drivers to be more vigilant and careful on the road. Mistakes may happen and be forgiven, but human lives can’t be brought back. A little patience goes a long way, and in this case, a precious life could have been saved.

Read more: The 5 Most Common Causes for Road Accidents in Singapore