Motorist, headquartered in Singapore, was founded in 2015, after our founder Damian Sia tried selling his car on his own. As a first-time seller, he encountered many unreasonable offers from unethical buyers who tried to take advantage of his inexperience. He was also unsure on the sales and vehicle transfer process, as there were several documents to be handed in. After this experience, Damian decided that he wanted to help fellow drivers who were also new to vehicle transactions. He eventually came up with the idea of a reliable third-party platform where car owners could connect with certified and genuine buyers, and find professional help for any doubts they might have.

Thus, Motorist was born. To date, Motorist has assisted 718,000 drivers and completed $1,029,000,000 in vehicle transactions securely and successfully. The company has also grown from a one-man team to a bustling company with over 90 employees. In 2018, Motorist decided to set its sights on expanding into the APAC market, starting with Malaysia and followed by Thailand in 2022. The company will also be taking its operations beyond vehicle transactions, and focusing on the needs of drivers.

Motorist is now a comprehensive AutoConcierge platform that not only assists drivers with vehicle transactions, but also helps them to conveniently manage all aspects of vehicle ownership. What was once a simple idea, Motorist is now simplifying the lives of every driver.

To become the go-to platform for all vehicle-related matters.

Simplify vehicle ownership for the masses by creating an ecosystem of smart tools and services that allow car owners to better manage their vehicles.

We believe there’s always a smarter way to get things done, to simplify the lives of customers in managing their vehicles.

We are highly committed individuals, working hard to deliver our promise to our customers. We are also committed to listening to everyone who has an idea on how we can improve.

We are committed to delivering superior customer services aimed at making vehicle ownership simpler and hassle-free.

We want to keep things simple and effective. We do not want to do things that do not make sense. We want to find repeatable shortcuts to make customers’ and our lives easier.

We love quality products and services, we know quality when we experience it. We work tirelessly to stay as a company that is recognised for our quality.

No one is perfect, but we know everyone can be better. We help each other to grow and improve.

Our company was born from our founder’s experience with the industry and its bad practices. We want to build a company for Motorists by Motorist; a company that Motorists can trust.

We want to challenge the status quo, we know that for us to be relevant we must constantly revise the way we see and do things at a rapid pace.

Apr
USD$10M worth of vehicles sold

Here’s what Rosson Fong and 6,816 other happy motorists have to say about our services!

I would like to share n express my gratitude to all parties involved in ensuring e smooth transition of my car scrap process. Everything went smoothly n on time as per my request. Everyone is happy. Definitely will recommend anyone whose car is soon due to scrap. 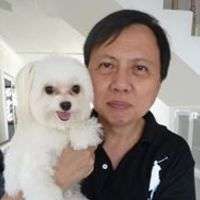 We have been featured on