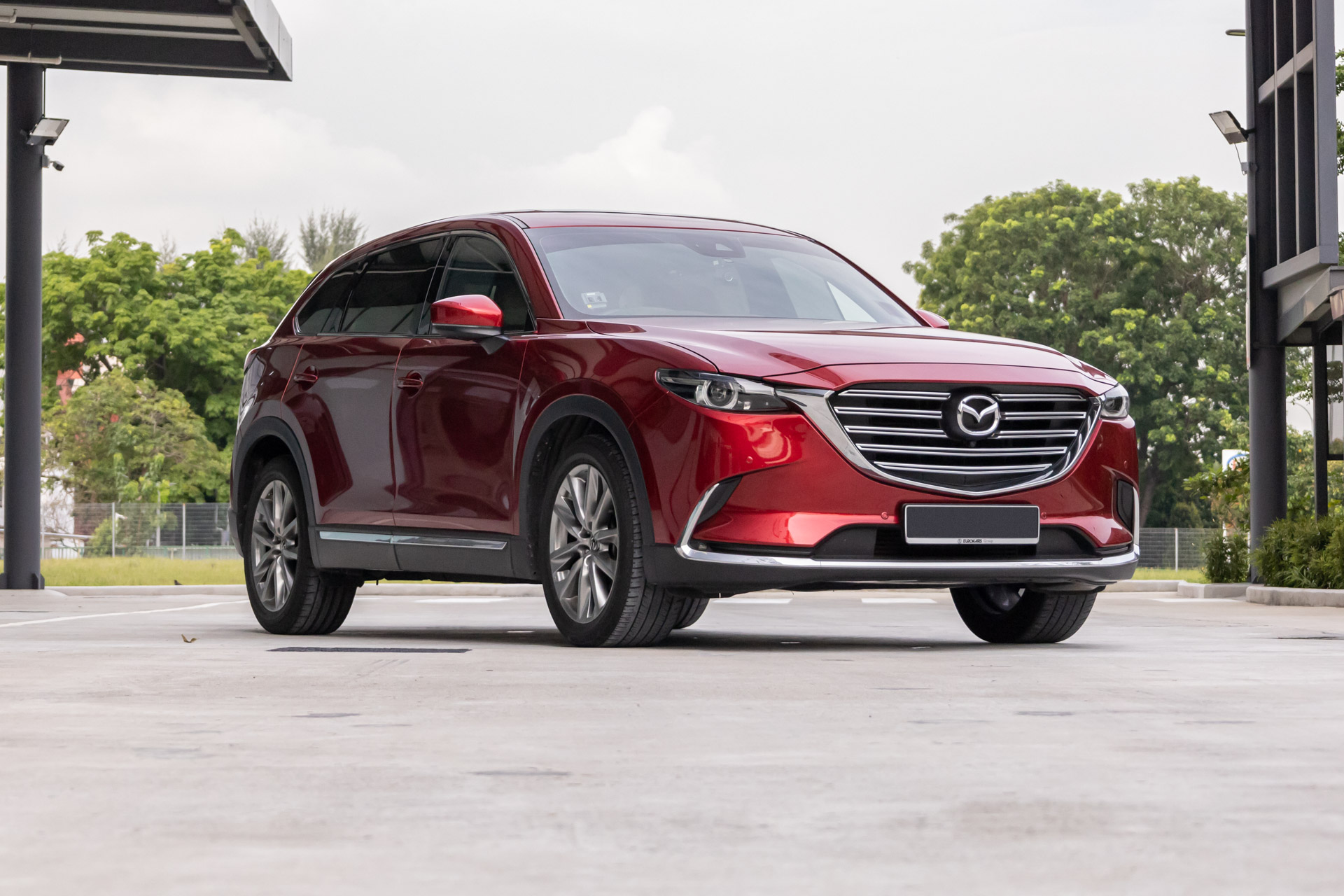 Ever wondered if there was an SUV that has style, space and decent power, something that keeps the joie de virve alive? Perhaps the Mazda CX-9 is what you seek.

First introduced locally in 2013, the first generation CX-9 was Mazda’s largest SUV. Built on a Ford platform (Mazda had a partnership with Ford until 2015), it was powered by a 3.7-litre V6 engine from Ford, which made for high costs with both road tax and fuel costs.

The second generation was launched locally in 2017. This time, it came with a smaller turbocharged engine, which did produce less power, but more torque, and was much better suited to the characteristics of the CX-9.

Motorist would like to extend our thanks to Sphere Automobile for loaning us the Mazda CX-9 for this article.

This is a second generation Mazda CX-9, built on Mazda's then-new Skyactiv platform, and bears no relation to the generation preceding it. This particular unit is from the 2018 model year, and its design follows Mazda’s Kodo philosophy. Mazda sought to improve every aspect of the CX-9 over the first generation, and it is on full display here. 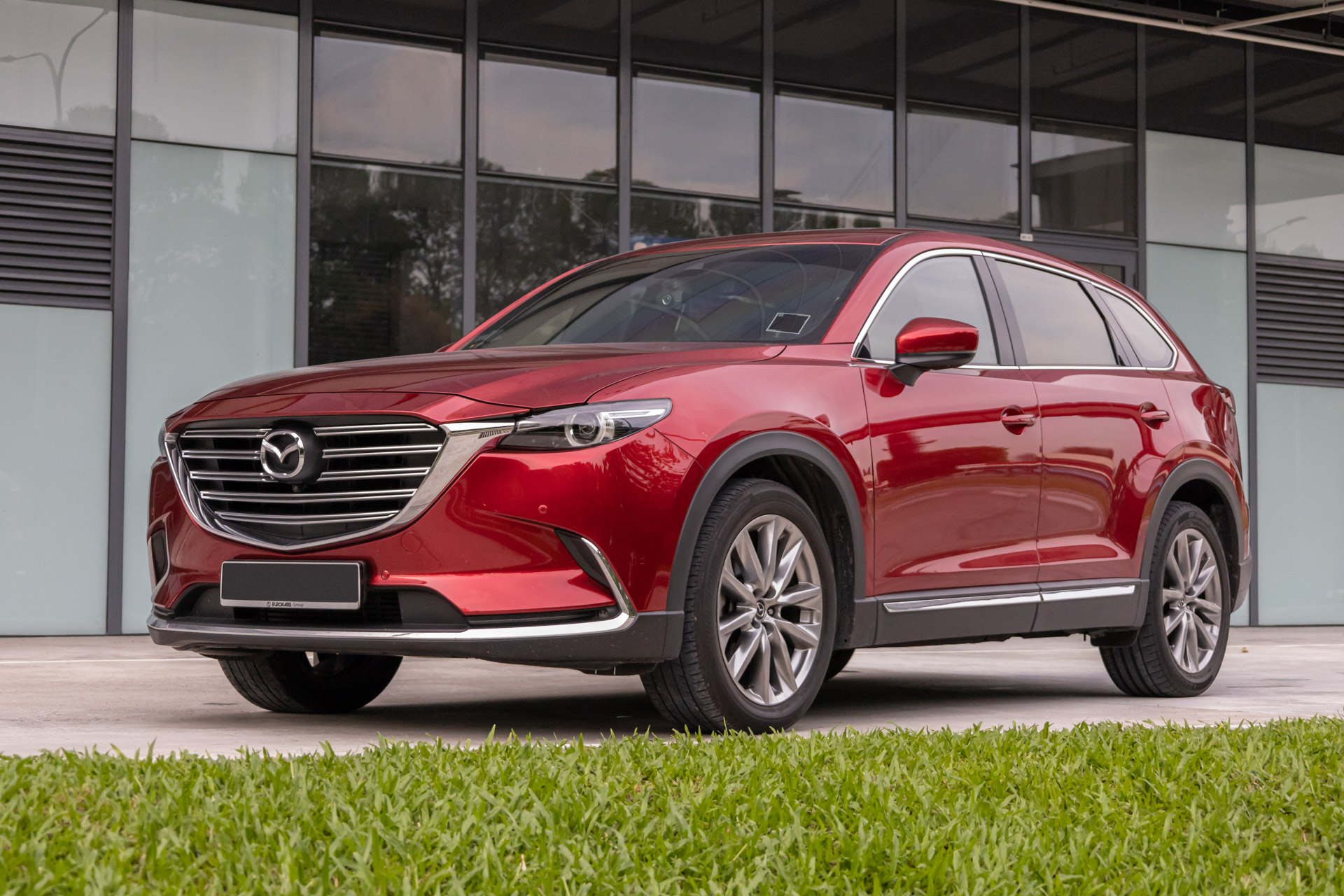 With only one engine and gearbox option available, there wasn’t much (if any) choice to make. Powered by a turbocharged 2.5-litre four-cylinder engine producing 231 horsepower and 420Nm of torque.

Depending on the variant selected, power was sent either to the front wheels or all four wheels, with this one being front-wheel drive. Still, the transmission in all variants regardless of driven wheels was Mazda’s six-speed automatic transmission, and not the CVTs most Japanese manufacturers fit in their cars. 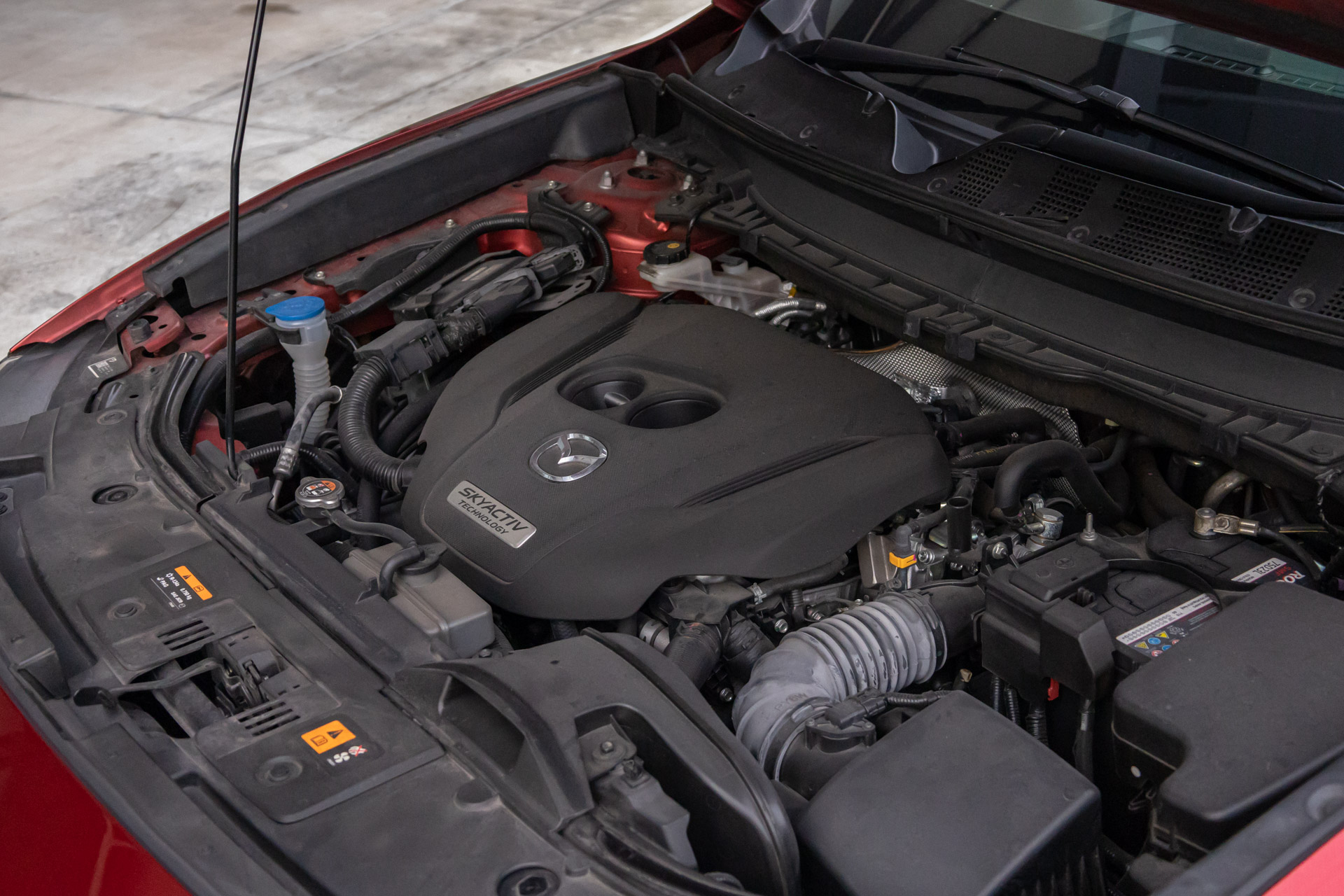 With a weight of 1,916 kilograms, it still manages to accomplish the century sprint in 8.2 seconds, which is actually fairly decent, considering its weight, and also shows when the torque from the turbocharged engine is most useful.

For all its heft and mass, the CX-9 has a very compliant ride and actually feels rather manoeuvrable for its size. Its turbocharged engine has a creamy and linear powerband, and is eager to deliver that power upon demand, especially when driven more aggressively.

The CX-9 exhibits the characteristics of its stablemates, and that includes the reliability that Mazda is known for. Owners have reported that the car is typically Japanese, with next to no faults and great mechanical reliability.

The only complaints from owners would be that getting replacements for wear and tear items tend to be more expensive, running the risk of being out of stock or having to wait slightly longer for the parts to arrive. 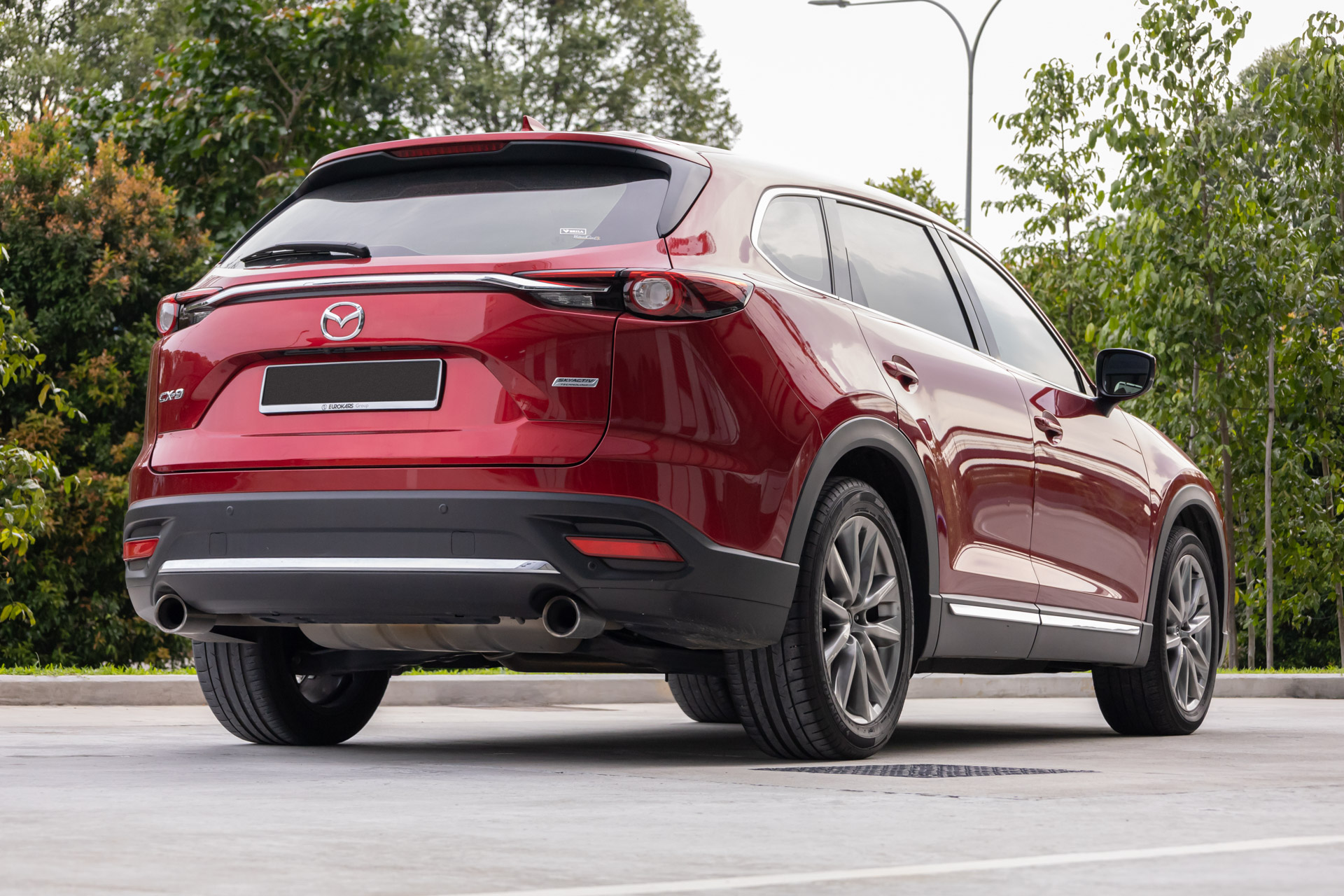 Far from being one of the more common cars in Singapore, especially when compared to its stablemates like the Mazda 3 and 6, stockists may not have as much ready stock for CX-9 parts due to the lower demand.

Its 20-inch tyres contribute to its aesthetic by filling up the large wheel arches, but it also comes at a price. With a tyre size of 255/50/R20, replacing those tyres will not come cheap, and neither will the wheels if you decide to get an aftermarket set. 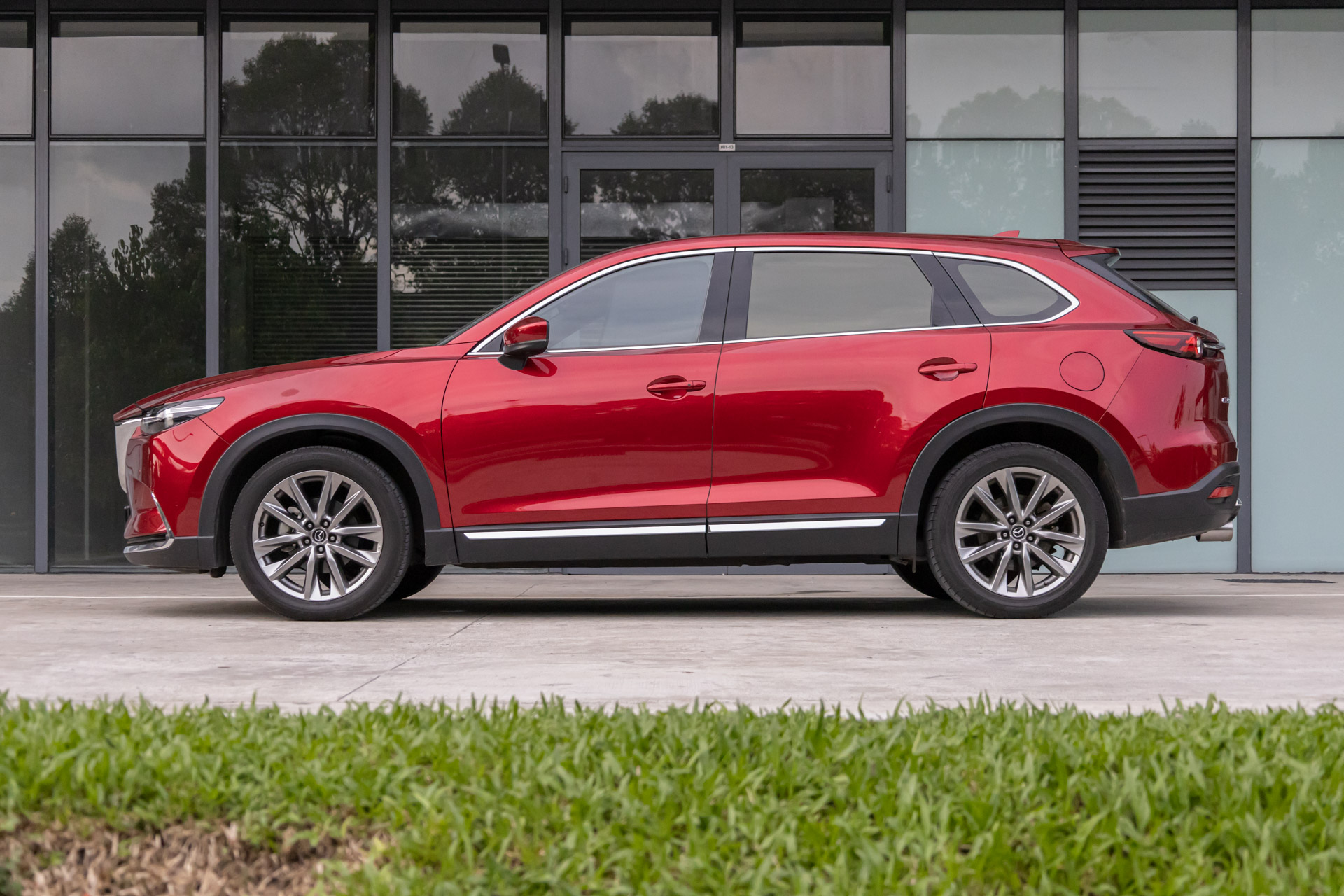 With a fuel capacity of 72 litres, it is not a small tank. Depending on how heavy one's foot is, owners have reported fuel economy figures between 12 to 14 litres/100km, meaning a range of 500 to 600 kilometres in the real world. Not the best figures by far, but considering the engine has to power a car weighing 1.9 tons, it is actually fairly acceptable.

If there is one thing the CX-9 excels at, it is comfort. Almost every surface of the interior is covered in leather or a soft touch material. In this particular car, the seats are upholstered in a light beige leather, while the dashboard, arm rest, steering wheel, gear shifter and door panels are covered in black leather or soft touch material. In short, a very comfortable car to be in.

Being front-wheel drive, there isn’t much of a hump in the rear floor, and three people will fit comfortably in the back without the middle passenger having to position their legs weirdly. The front seats have electric adjustability, and are both heated and ventilated, with the seat ventilation being a much welcome feature in Singapore’s climate. 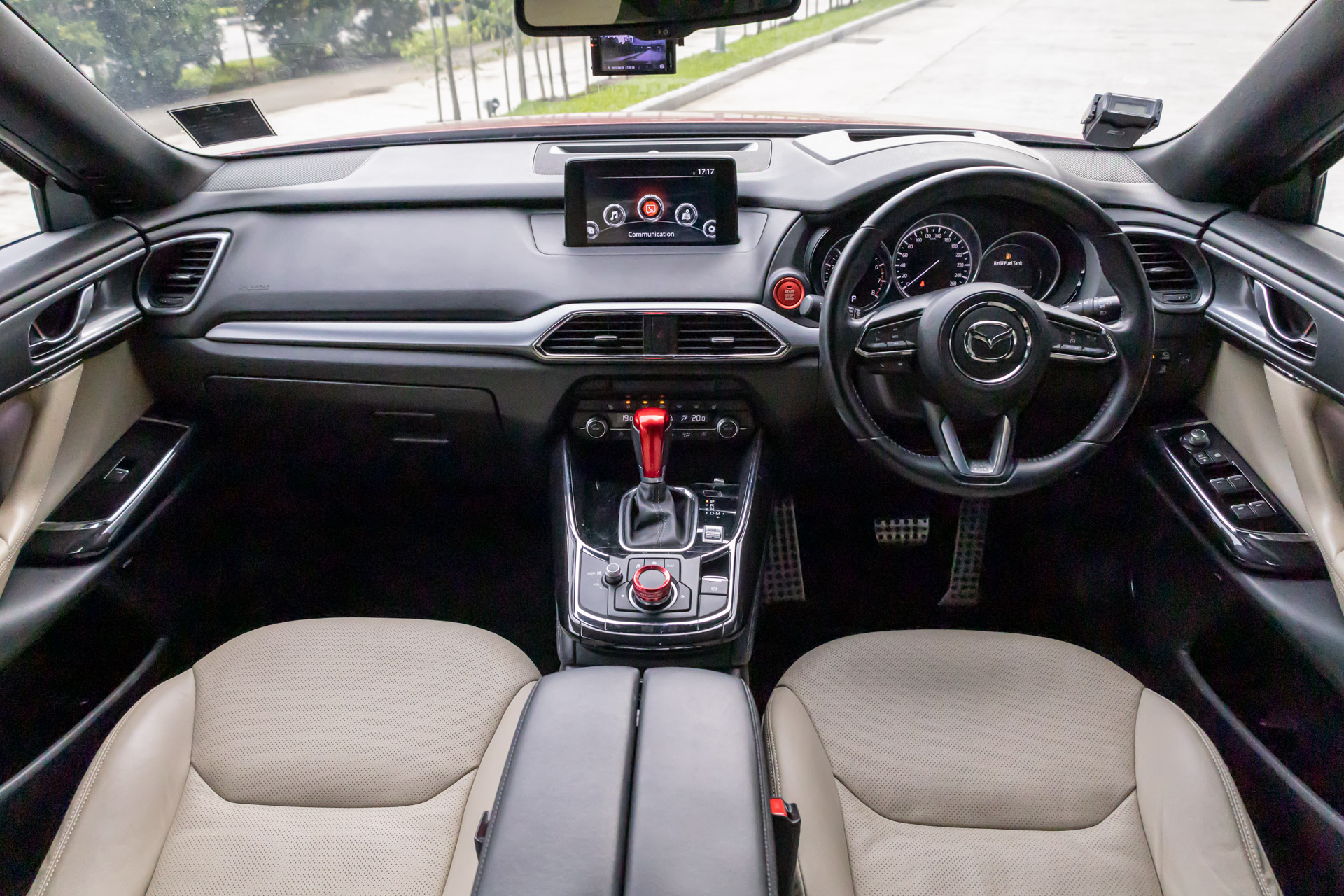 The CX-9 also has a third row, which unlike other SUVs that claim to be seven-seaters, is actually usable. While passengers who are on the taller side are not recommended to sit back there, those who are about 1.7 metres tall can still fit fairly well in back there.

The centre console houses a seven-inch screen for the the Mazda Connect infotainment system, with the visuals being clear and easy to read. While it does have touchscreen functionality, it also has physical knobs and hard buttons for functions like the radio, music player and volume controls, as well as a larger knob to control the system.

As it was built in the 2018 model year, this CX-9 only has Bluetooth connectivity with no Android Auto and Apple Carplay. However, CX-9s built from the 2019 model year onwards do. Safety systems like Lane Departure Warning, Lane Keep Assist, Blind Spot Monitoring, and a 360 degree camera are also included, just to name a few. 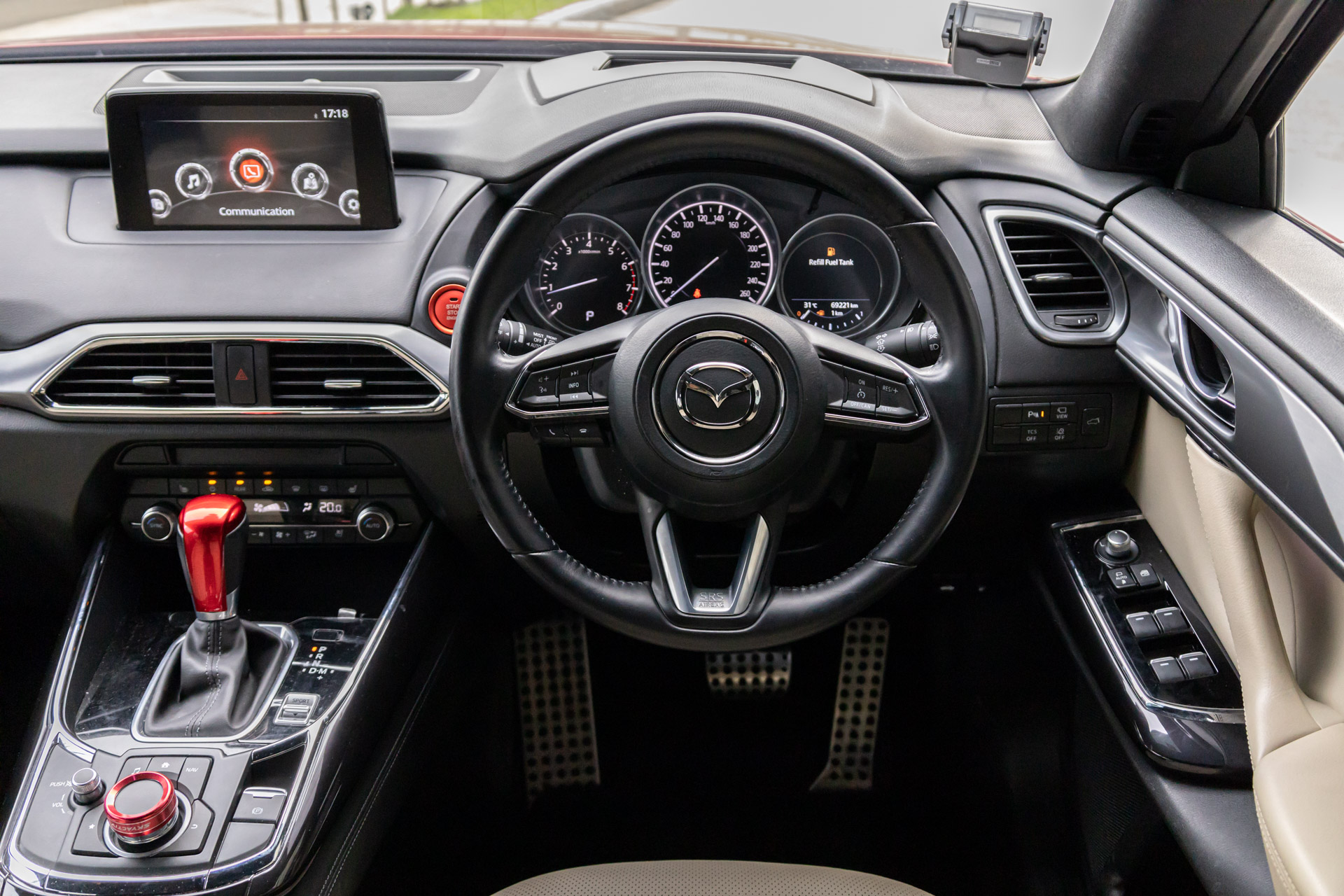 With the exception of a digital display in the right-most gauge, the speedometer and tachometer are analogue. On top of that, there is also a heads-up display showing your speed, engine revs, cruise control speed, gear position and lane departure warning. 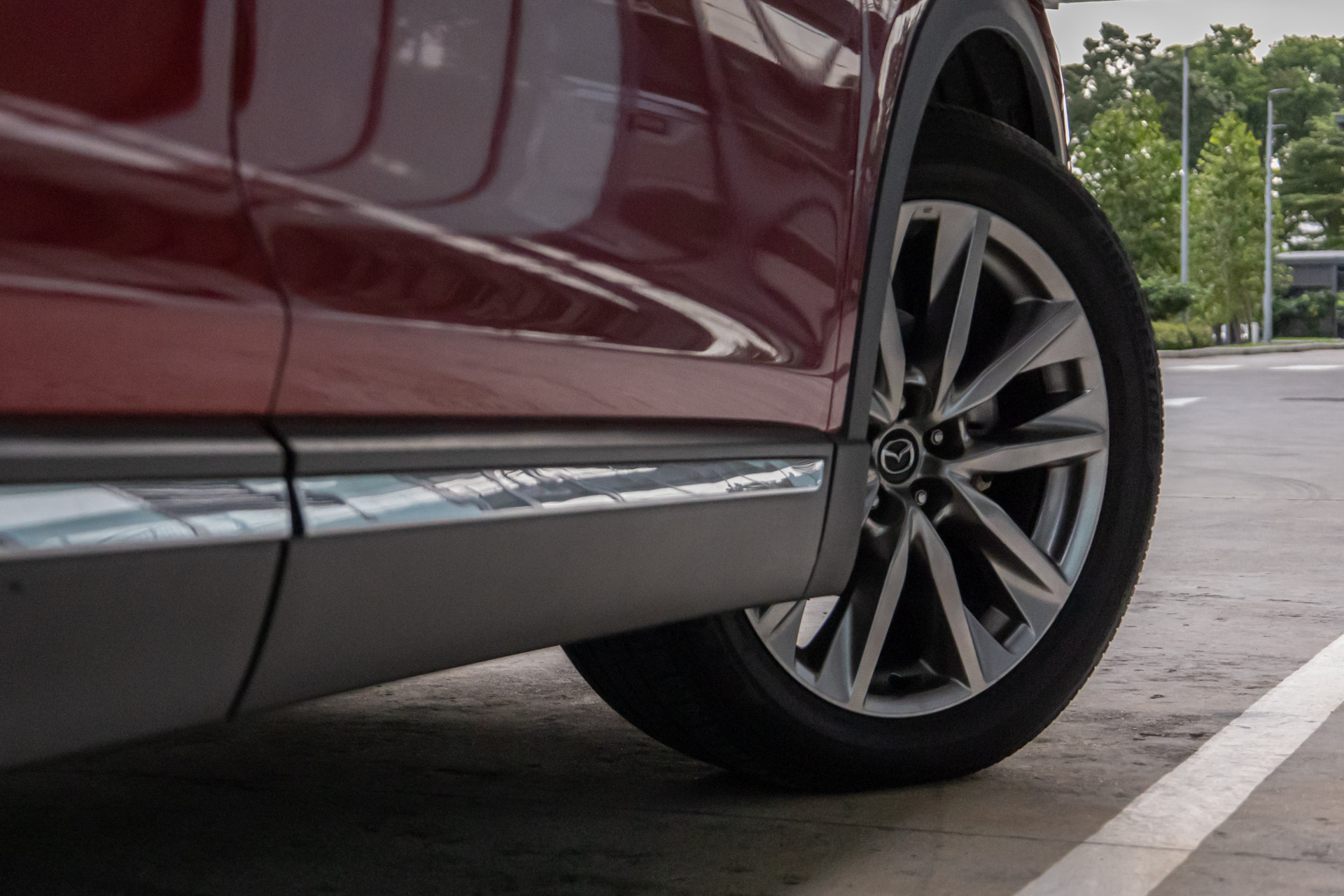 Should you want fresh air in the cabin but don’t want to open the windows, open the sunroof instead. There are also in-built retractable rear window blinds should you want to block out the sun.

With this CX-9 being painted in Mazda’s Soul Red, the start/stop button and gear shifter are also colour matched, providing a matching touch to the exterior colour. 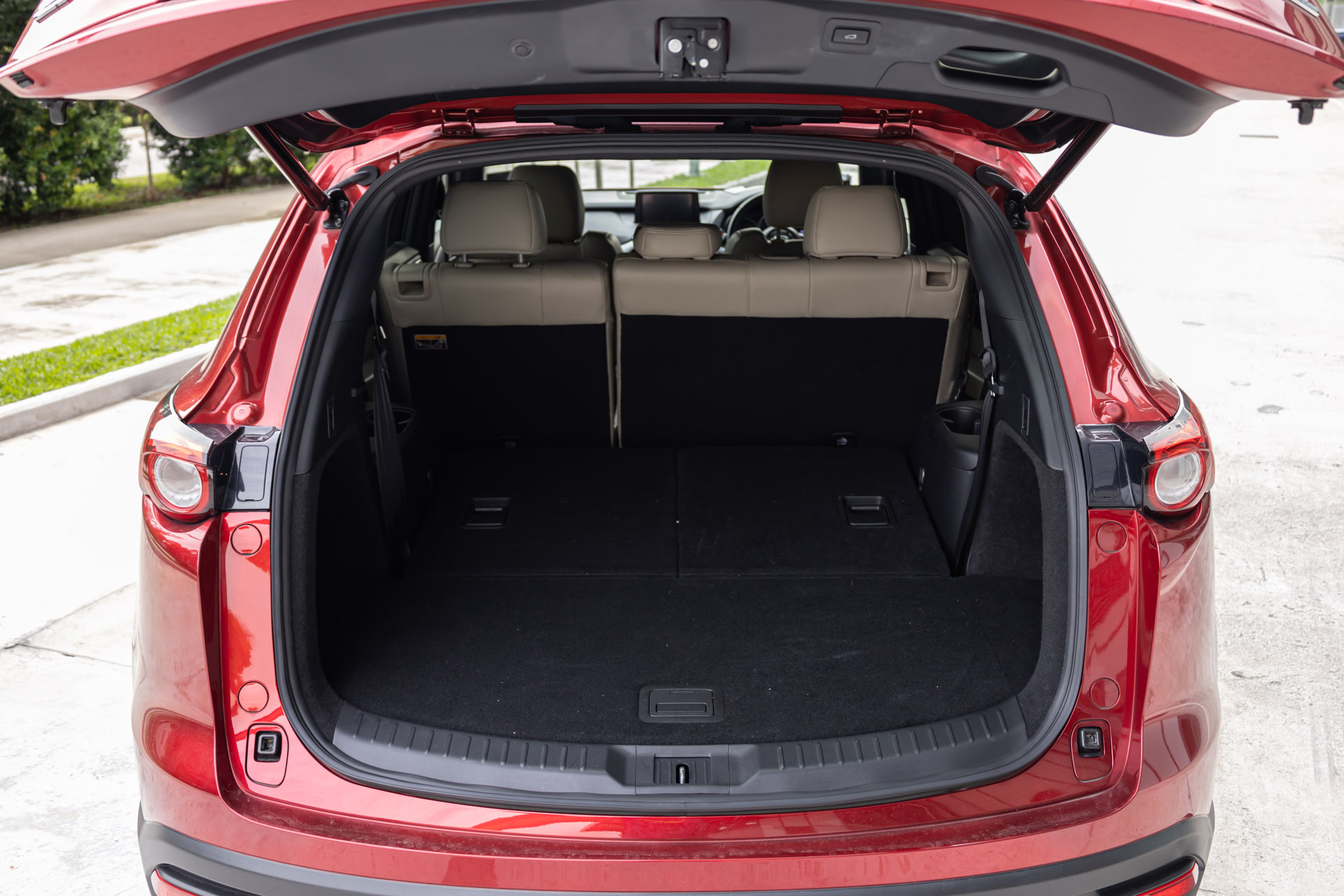 The tailgate is also electrically powered, and can be opened from within the cabin and from the rear. There is also a spare tyre, should you ever need to use it. 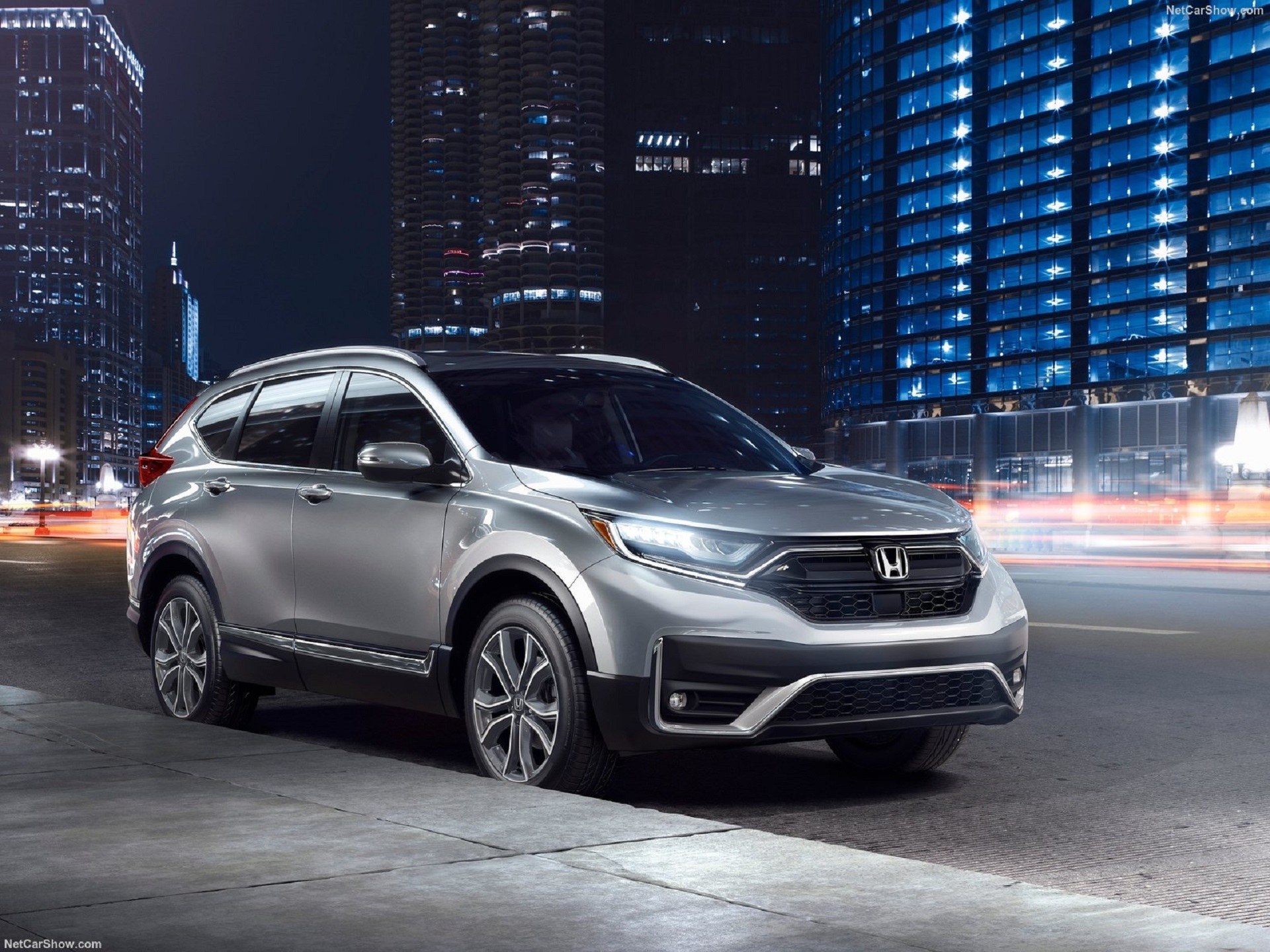 Should you want something with looks that are a bit more sedate, how about the Honda CR-V? With a turbocharged 1.5-litre engine, it is less powerful than the CX-9, but it still has seven seats, lower road tax, and Honda reliability too. 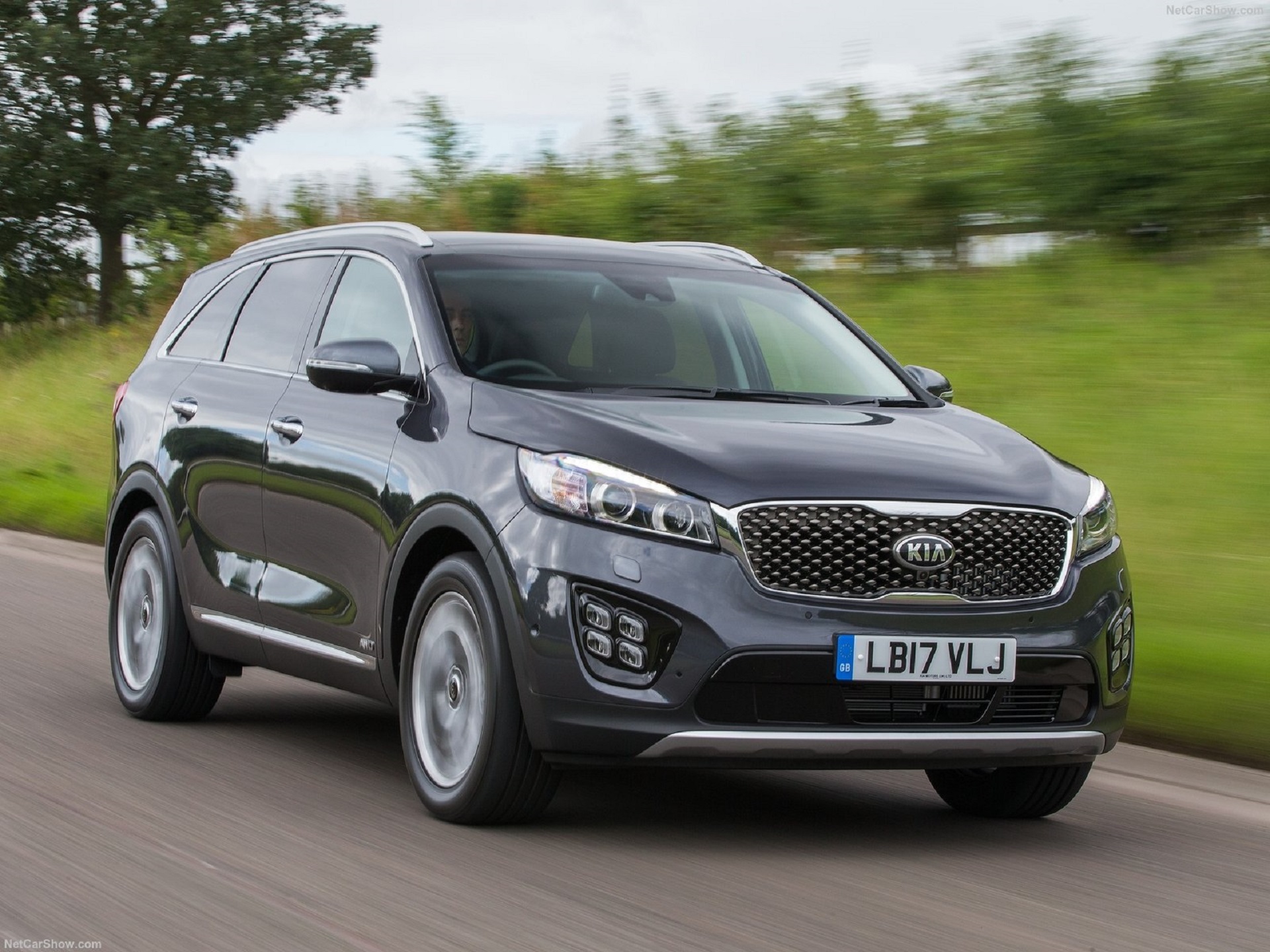 What if you want something that isn't Japanese? Then how about the Kia Sorento? While there was a petrol variant for the previous generation, most of the units sold in Singapore were powered by diesel, which gave fantastic fuel economy. And yes, it can also seat seven passengers, just like the CX-9.

Yes, the CX-9 isn't the most popular car here, parts might take some waiting to arrive, and running costs may be slightly higher than your average Japanese car. But what you get in return is one of the most comfortable cars ever produced by Mazda, with power and refinement to match its looks, something which is quite uncommon at the price.

Becoming a family man doesn't mean you have to sacrifice when it comes to choosing what kind of car you should have. This car is proof that you can have your cake and eat it, with space for the family and cargo while still being fun to drive, thanks to Mazda's G-Vectoring Control, which allows even a hefty car like this to have capable handling.

If you are keen on getting a Mazda CX-9 as your next car, or any other used car for that matter, do take a look at our used car selection here for some of the best deals!

Motorist would like to once again extend our thanks to Sphere Automobile for loaning us the Mazda CX-9 for this article.