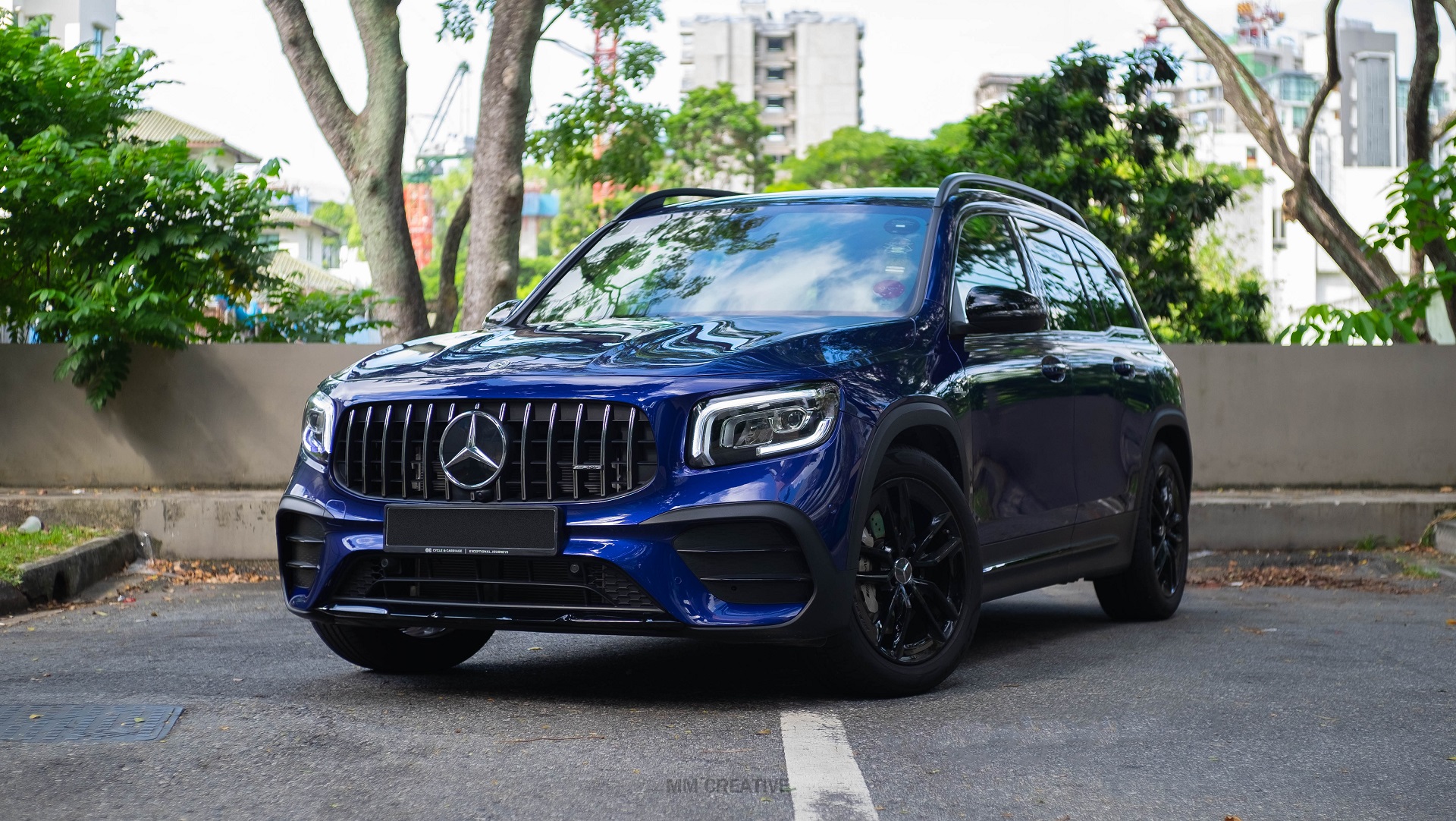 The Mercedes GLB was originally introduced to the Singapore market in late 2020, and has proven to be quite popular amongst the car buying population locally.

Designed as the German automaker's entry-level seven-seater, it checks a lot of its buyers' boxes - think spaciousness, practicality and rather decent fuel economy, not to mention being a more “affordable” way into ownership of a Mercedes-Benz without having to pay the more premium prices that come with the higher end models. 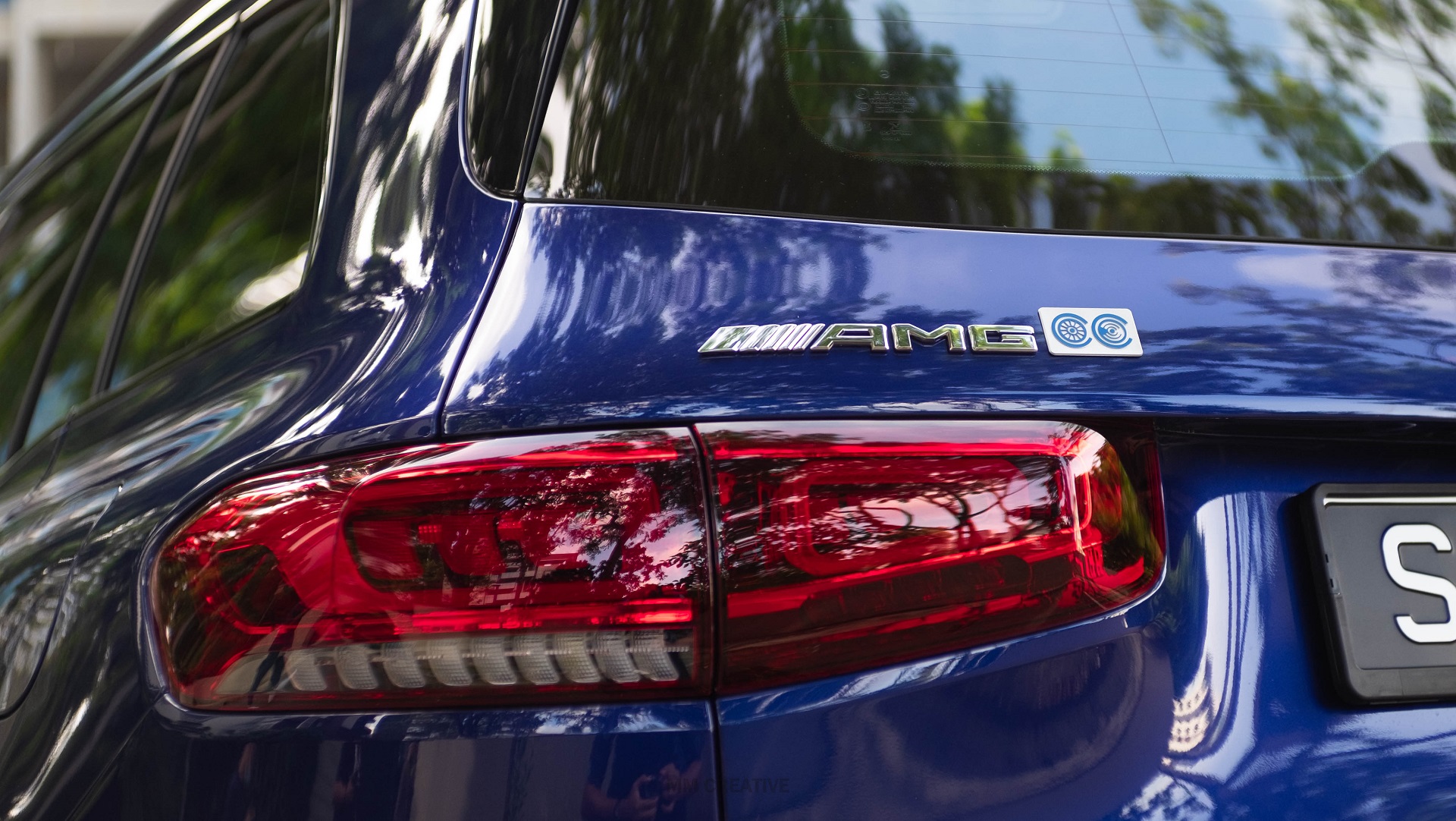 The car featured today, however, is no ordinary GLB. This is the Mercedes-AMG GLB 35 4MATIC, and as its name suggests, it has been given some performance upgrades, courtesy of Mercedes-Benz’s in-house performance division, AMG. 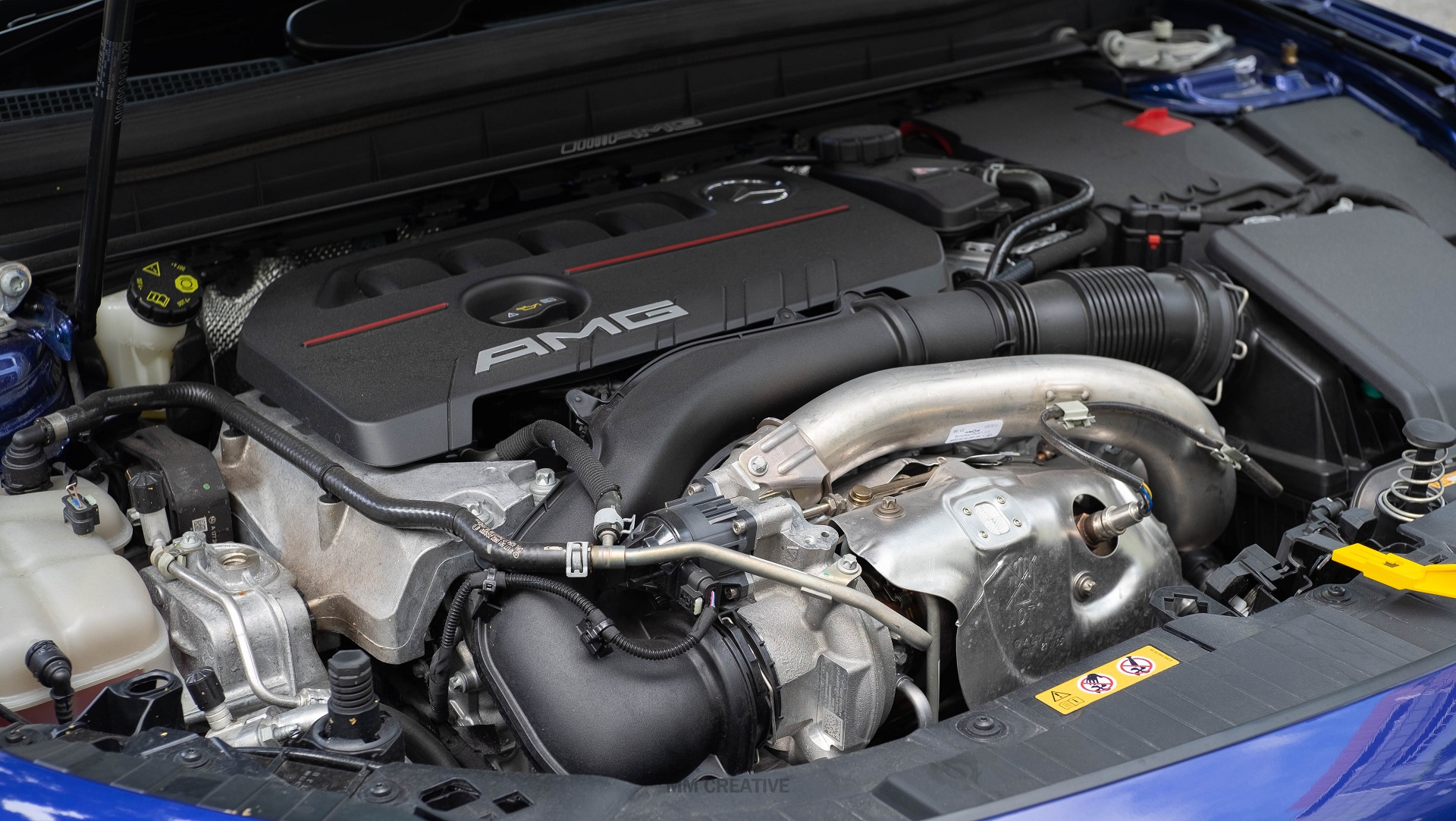 Let’s be honest here, it's a Mercedes-Benz, and a Mercedes-AMG to boot. It's not exactly what you would deem as an "affordable vehicle". And if you’re looking for good fuel economy, you’re better off looking at the more sedate GLB 180 or GLB 200.

While Mercedes-Benz claims a fuel economy figure of 12.7 km/L, it is doubtful any AMG product will ever come close to the claimed fuel economy unless an extremely light foot is used while driving. 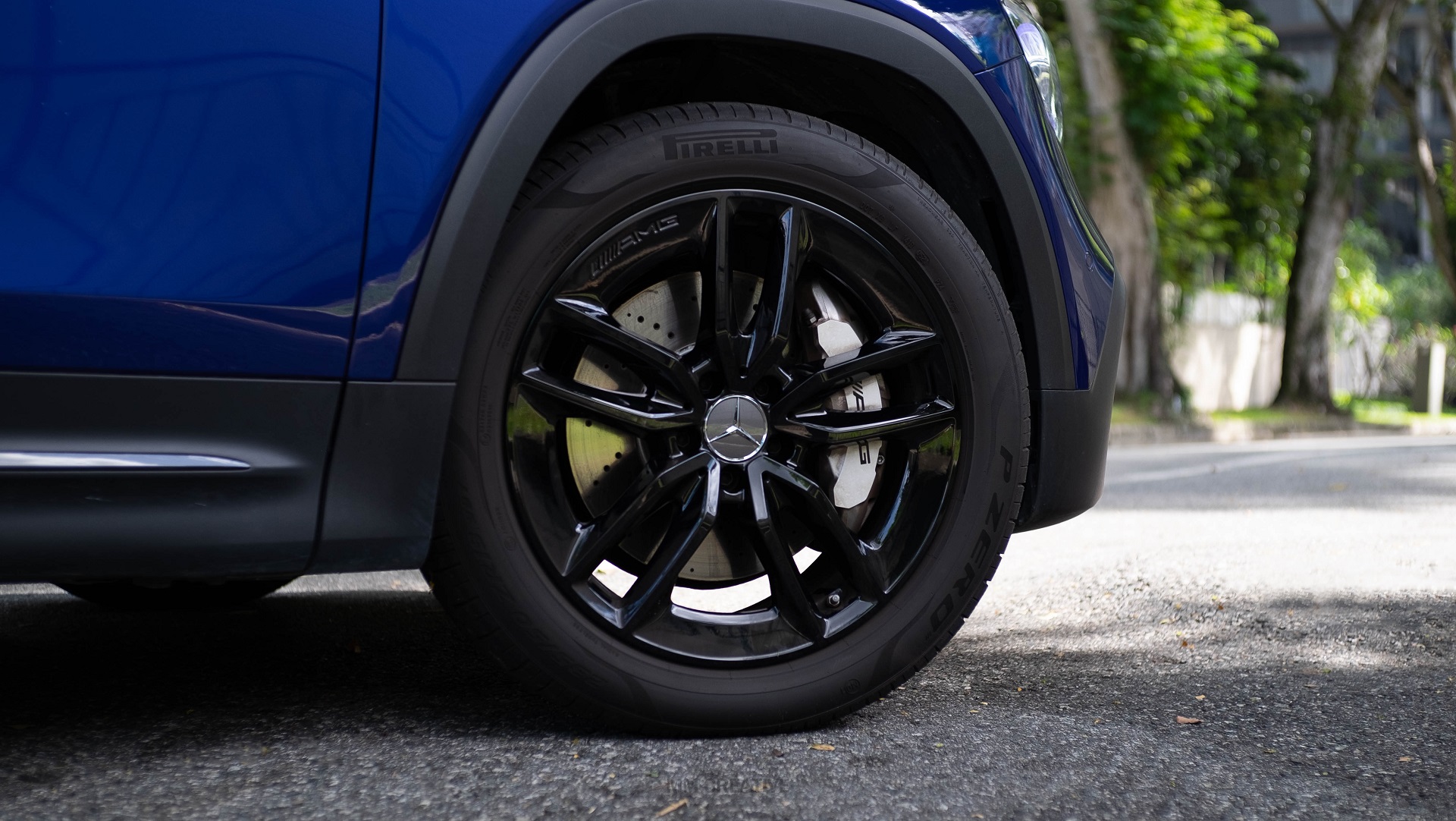 The powertrain in the GLB 35 is similar to the ones found in the more powerful AMG models fitted with a 2.0-litre engine, like the A 45, CLA 45 and GLA 45. More time is needed to accurate gauge the reliability of the GLB 35's powertrain, but current owners have had little to no trouble with the engine.

The Achilles Heel of the GLB-Class is its MBUX (Mercedes-Benz User Experience) system. Software glitches can plague the screens, leading to it blacking out. Mechanical functionality of the car isn't affected, so the vehicle remains operational, but it can be quite unnerving to be "driving blind". 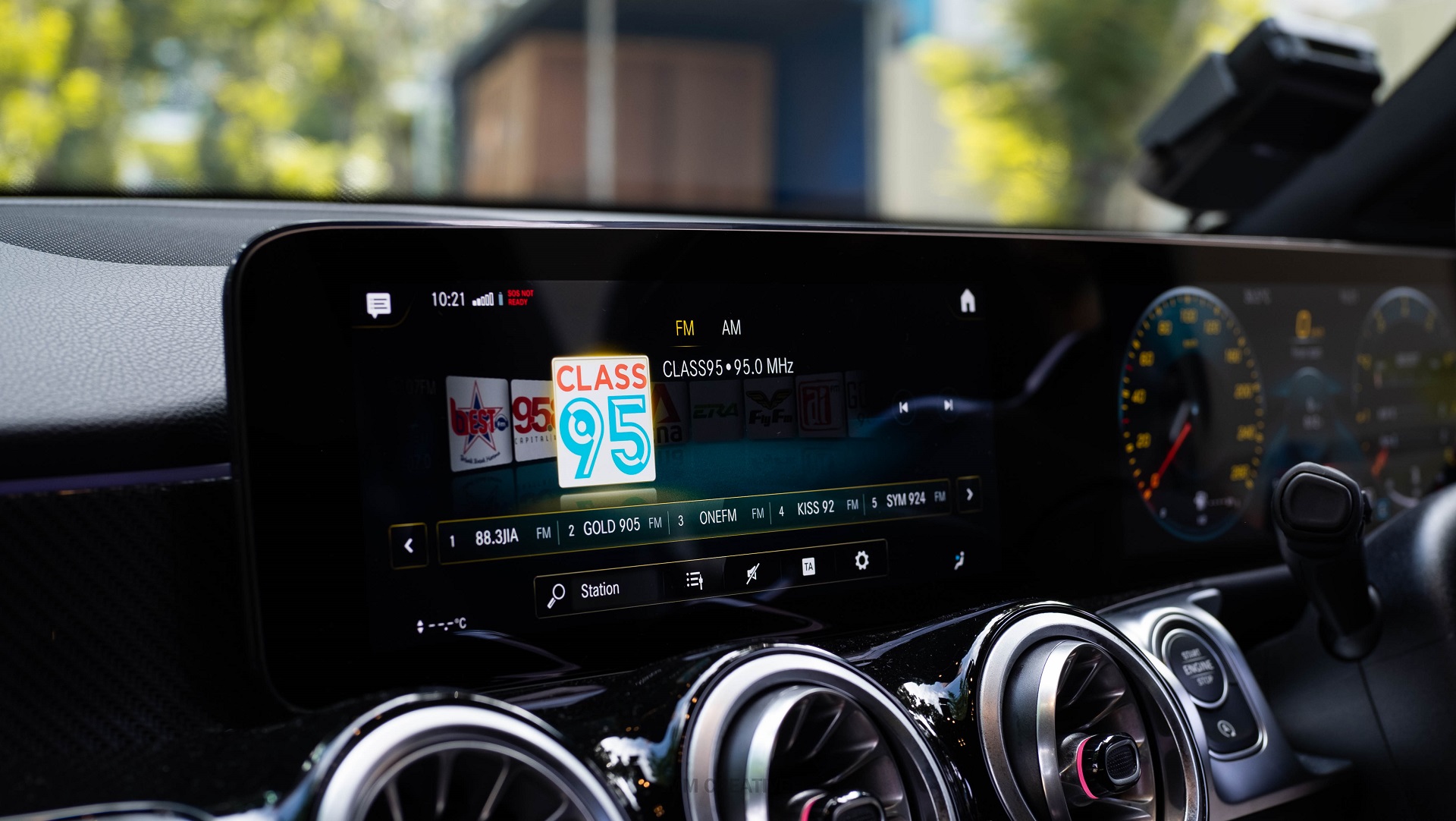 Mercedes has a recommended quick fix for this issue - and that is for the system to be re-flashed. You'll lose your preset data, but you'll regain use of your screens. It is also possible that the software problems can end up triggering hardware failures that will necessitate the replacement of the entire MBUX system.

Not a problem if your GLB was purchased from the authorised dealer as it should be covered under warranty. But given the popularity of the GLB locally, there are also a fair number of parallel imported units around, so do check with the current owner/dealer if the problem has been fixed, or if there is recourse should this screen issue plague the unit that you are about to buy.

Ultimately, do send any secondhand vehicle to a trusted workshop for a thorough pre-purchase inspection before making your purchase.

How about its power? 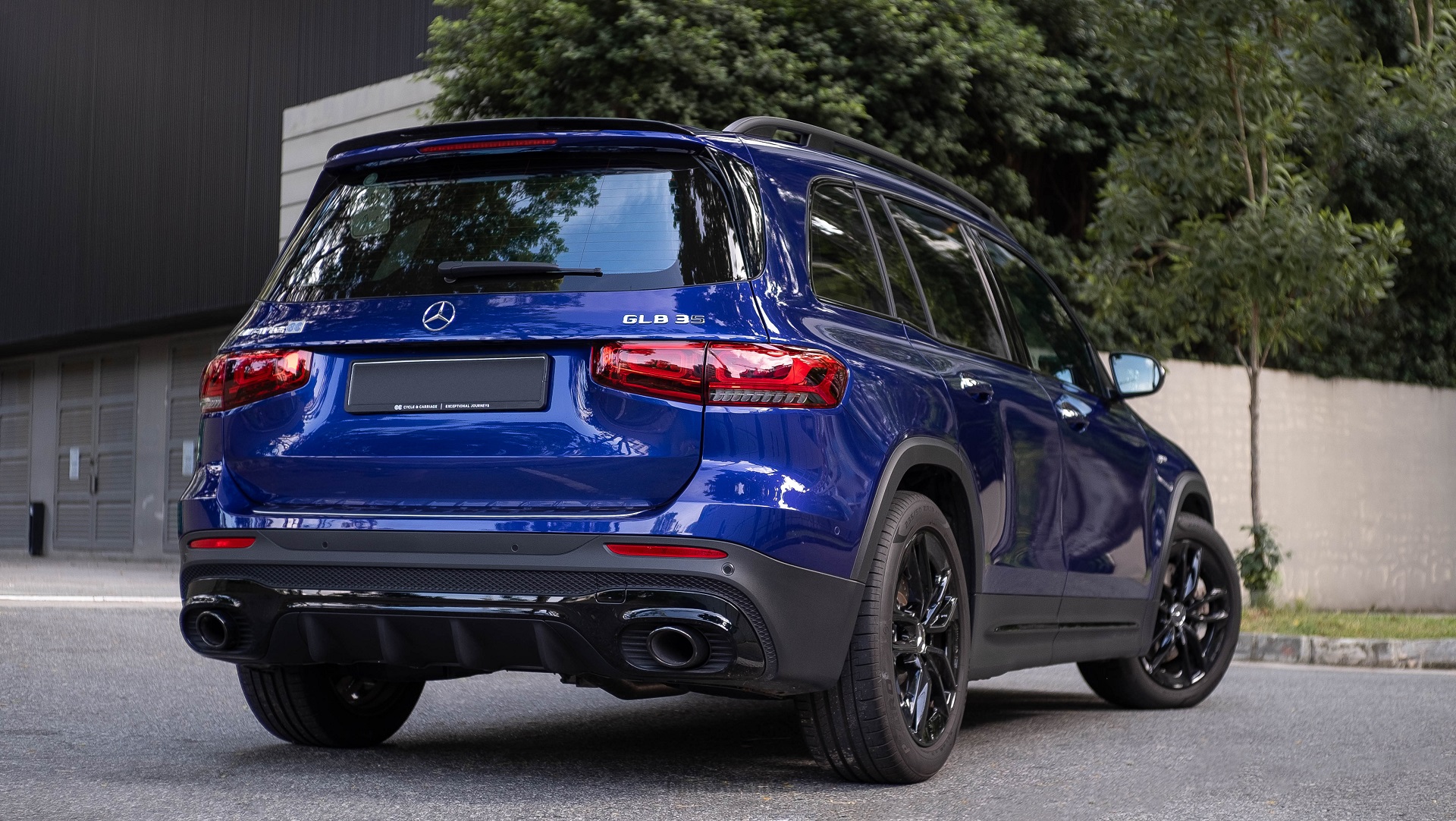 Don’t just assume that since the GLB 35 isn’t a full-blown AMG product, it doesn’t possess the AMG characteristics. Acceleration is still quick, thanks to the 4MATIC system, which is what Mercedes dubbed its all-wheel drive system, allowing the GLB 35 to complete the century sprint in 5.2 seconds.

The GLB 35’s turbocharged 2.0-litre four-cylinder engine produces 302 bhp and 400 Nm of torque. Power is sent to all four wheels through an eight-speed dual clutch transmission, or what Mercedes refers to as the AMG SPEEDSHIFT DCT 8G. With a dual-clutch transmission, shifts can be smooth when cruising and rapid when driving spiritedly. 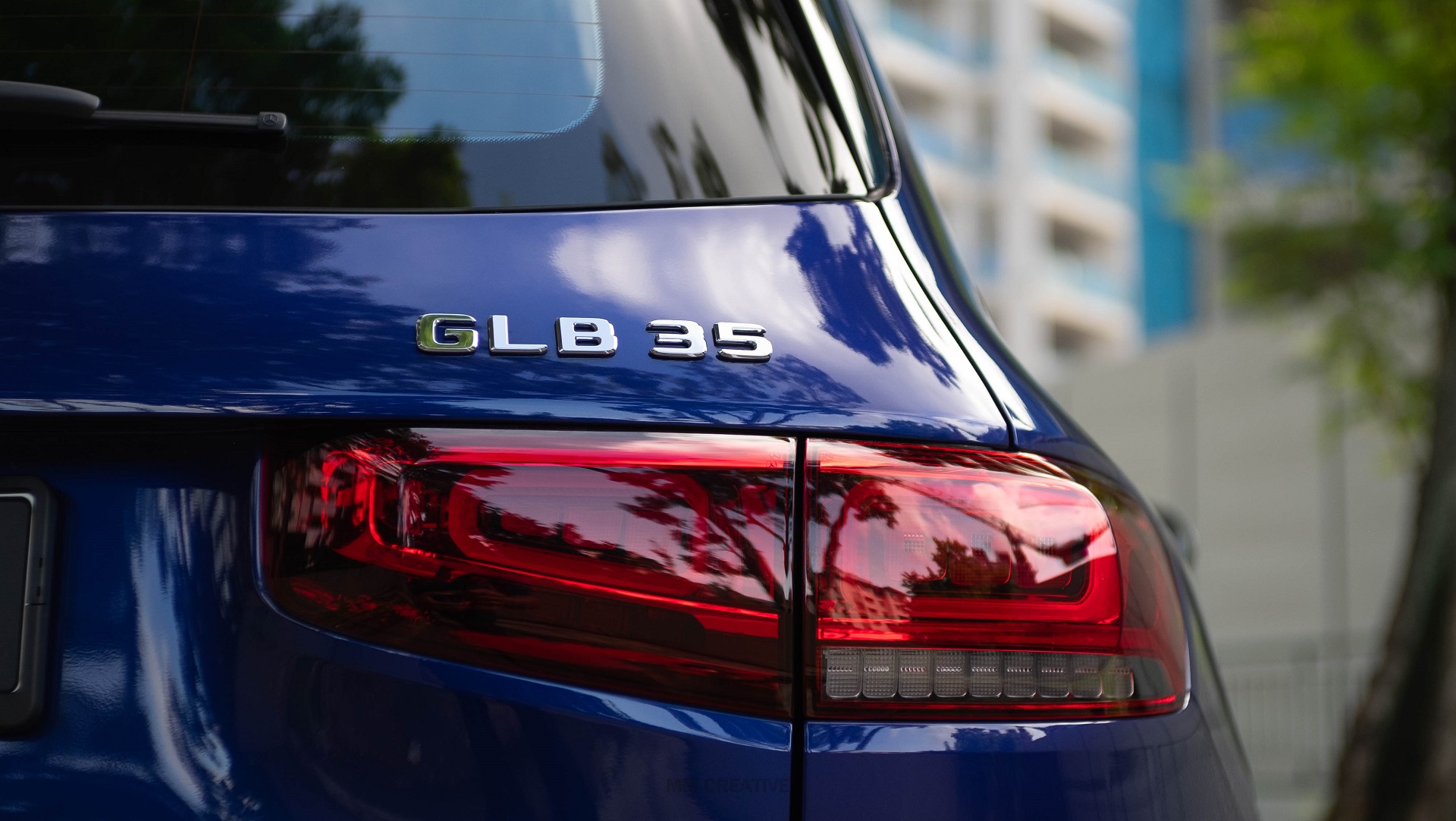 The exhaust note, surprisingly, has a pleasant and bassy tone to it. AMG models are well-known for the raucous sounds produced by their exhausts, and the GLB 35 doesn’t disappoint. For only having a 2.0-litre four-cylinder engine, it makes a much better noise than one would expect.

Most of the interior of this GLB 35 is either covered in leather, carbon fibre or soft-touch plastics. The seats are also upholstered in leather and alcantara. The front seats are also semi-bucket seats with some bolstering to hold your body in when going around corners, and are electrically operated with memory functions. 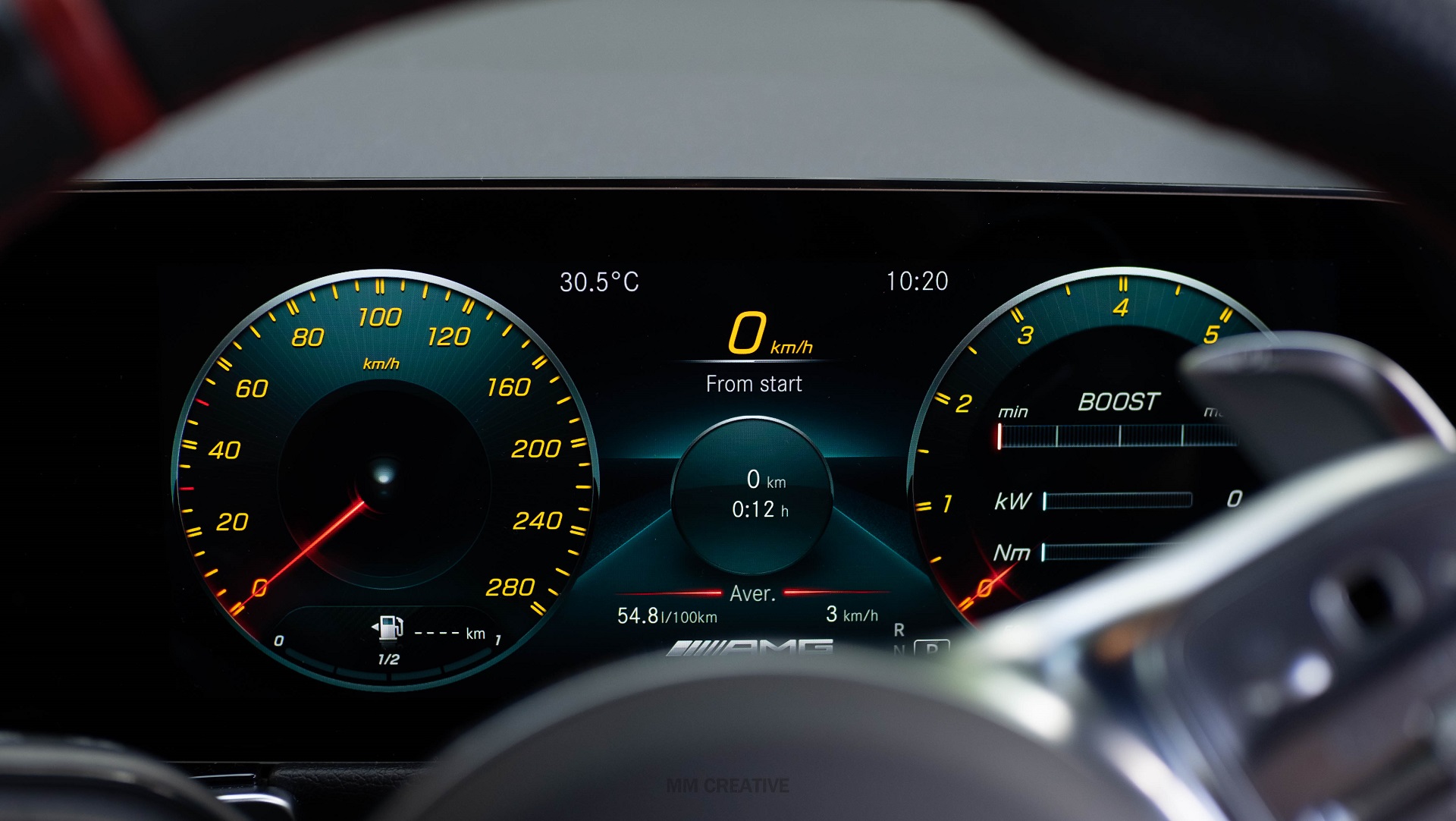 There are two 10.25-inch display screens in the car, with one for the gauge cluster and another for the infotainment system. Android Auto and Apple CarPlay are also available, but as the car uses an older version of MBUX, smartphone mirroring/pairing can only be done via a physical Type-C cable.

Unlike many new cars waging war on physical switchgear, Mercedes opted to still fit buttons and knobs for the HVAC and Infotainment controls. This definitely makes adjusting the air-conditioning or the volume a lot easier while driving. Rear air-conditioning vents are also fitted so as to provide ventilation for the rear passengers. 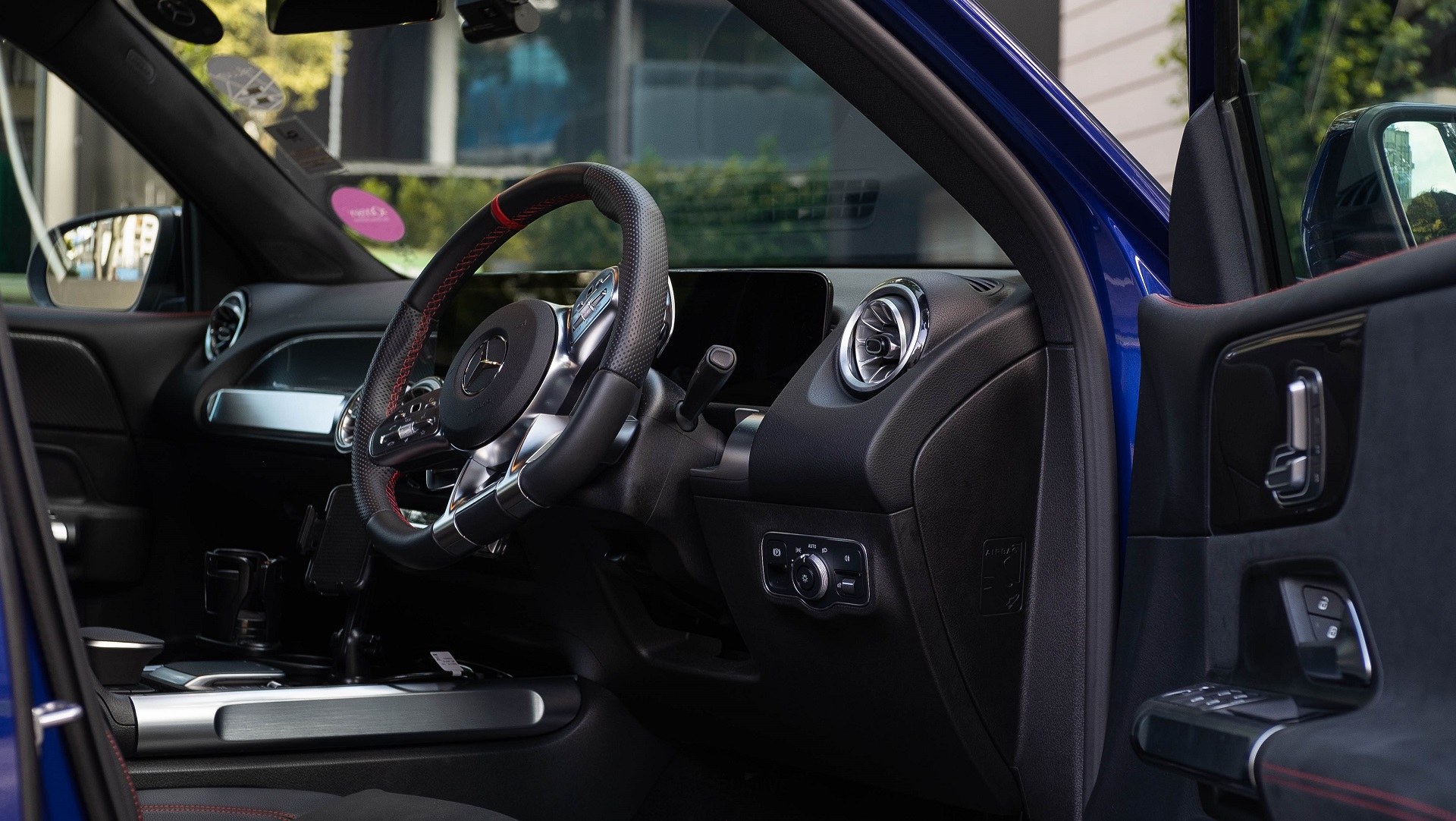 As with a modern Mercedes, the GLB35 comes with a range of colour settings for the ambient lighting, allowing you to choose from a selection of preset multi-hue choices, or choosing one from the 64 colours available.

The steering wheel comes with a flat bottom for that "motorsport" feel, and is trimmed fully in leather with a red stripe at the 12 o'clock position. Telescopic and tilt adjustment are both available, allowing you to fully adjust the steering position to how you would prefer it. 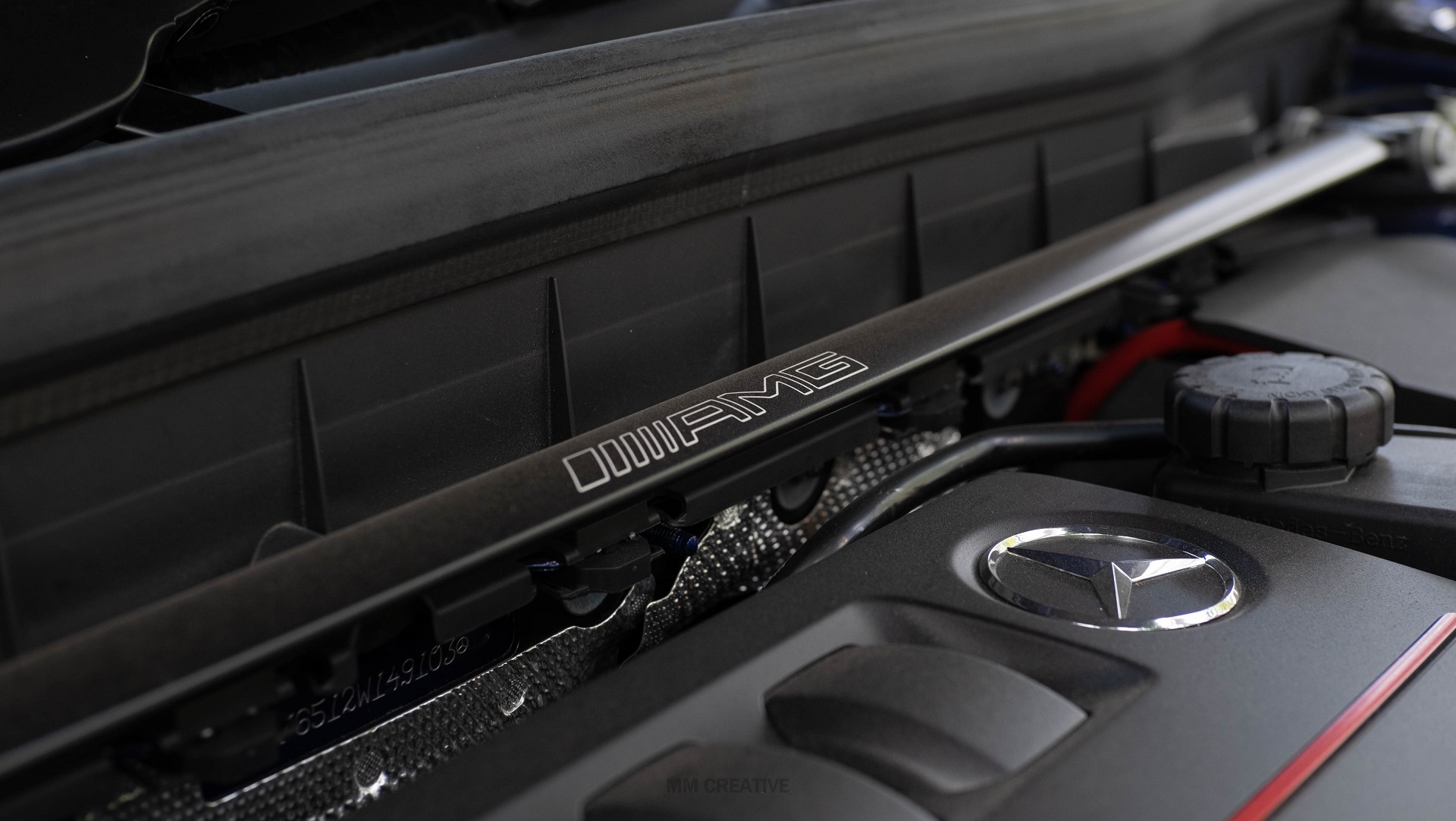 The GLB 35, with its squarish and wide body, will comfortably fit five adults, with plenty of headroom. While it might be marketed as a seven-seater, the third row in the GLB 35 is truly not meant for adults, as the available legroom is quite lacking and is best left for kids.

The GLB 35 has four sets of ISOFIX points, with two in the second row and another two in the third row. It also scored a full five–star rating in Euro NCAP crash testing, so you can drive knowing that you and your passengers will be safe in the event of an accident. 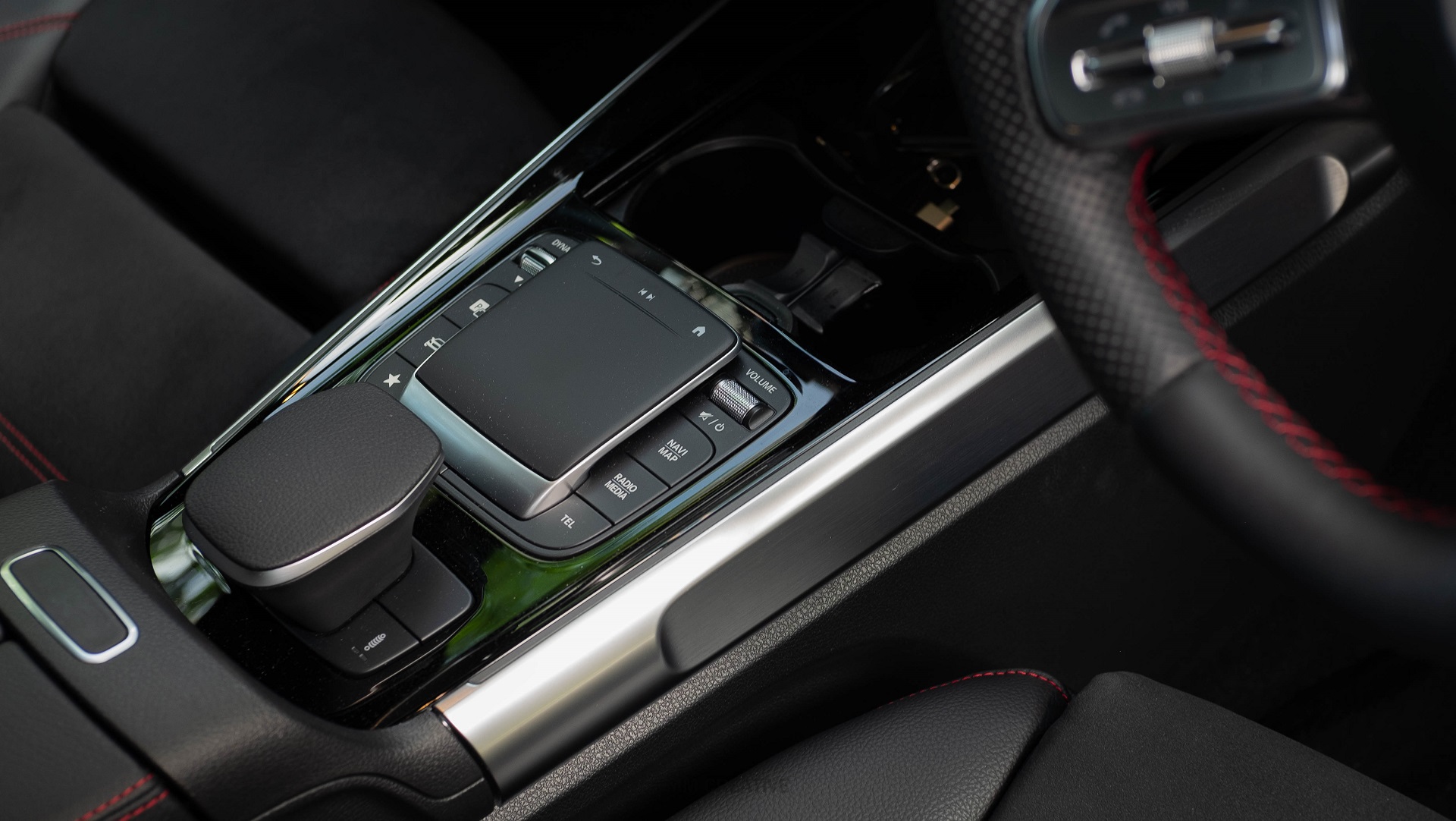 NVH levels are pretty good, it is a Mercedes after all. Still, do expect some road noise, as the GLB35 comes standard with high-performance 235/50/R19 Pirelli P-Zero tyres, and they are bound to create a bit more noise as compared to a comfort biased tyre.

Depending on the seating configuration, the GLB 35 has 130 litres of boot space with the third row up, 500 litres when the third row is down, and with the second row down, the boot space swells to 1680 litres, enough to throw in a bicycle or for that trip to IKEA. 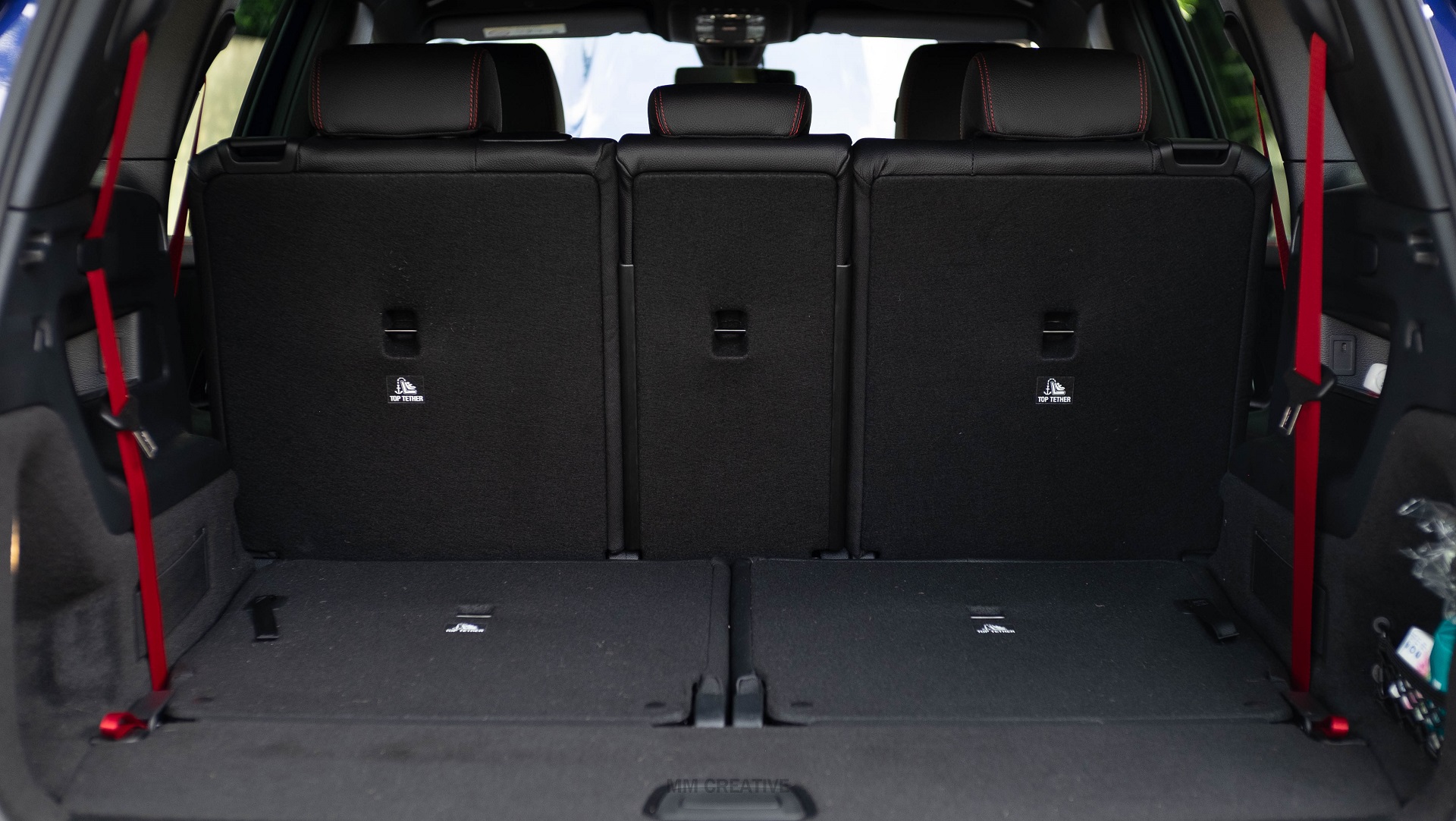 There is no load lip, making for easy loading of cargo. Plus, the tailgate is also electronically operated, and can be opened and closed from the tailgate itself or with a button within the cabin.

In the event that you may encounter a flat, do note that the GLB 35 doesn't come with a spare tyre.

Should you be considering the GLB 35 as your next purchase, it wouldn't hurt to looks at a few of its competitors as well. 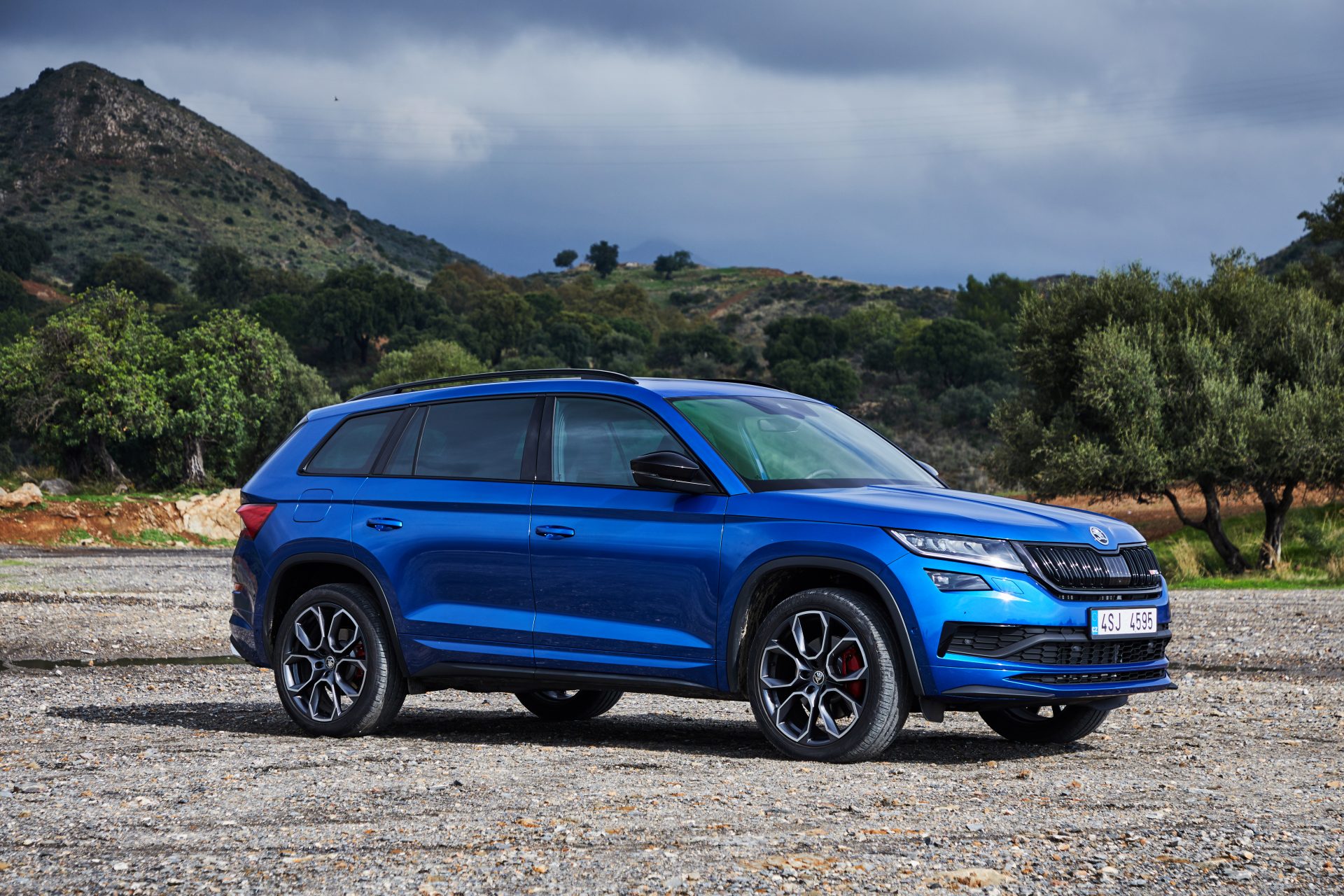 Starting with the recently launched ŠKODA Kodiaq RS, which like the GLB 35, is also a seven-seater, although the last row is best left for kids. It isn't as powerful as the GLB 35 though, with its engine producing only 245 horsepower. 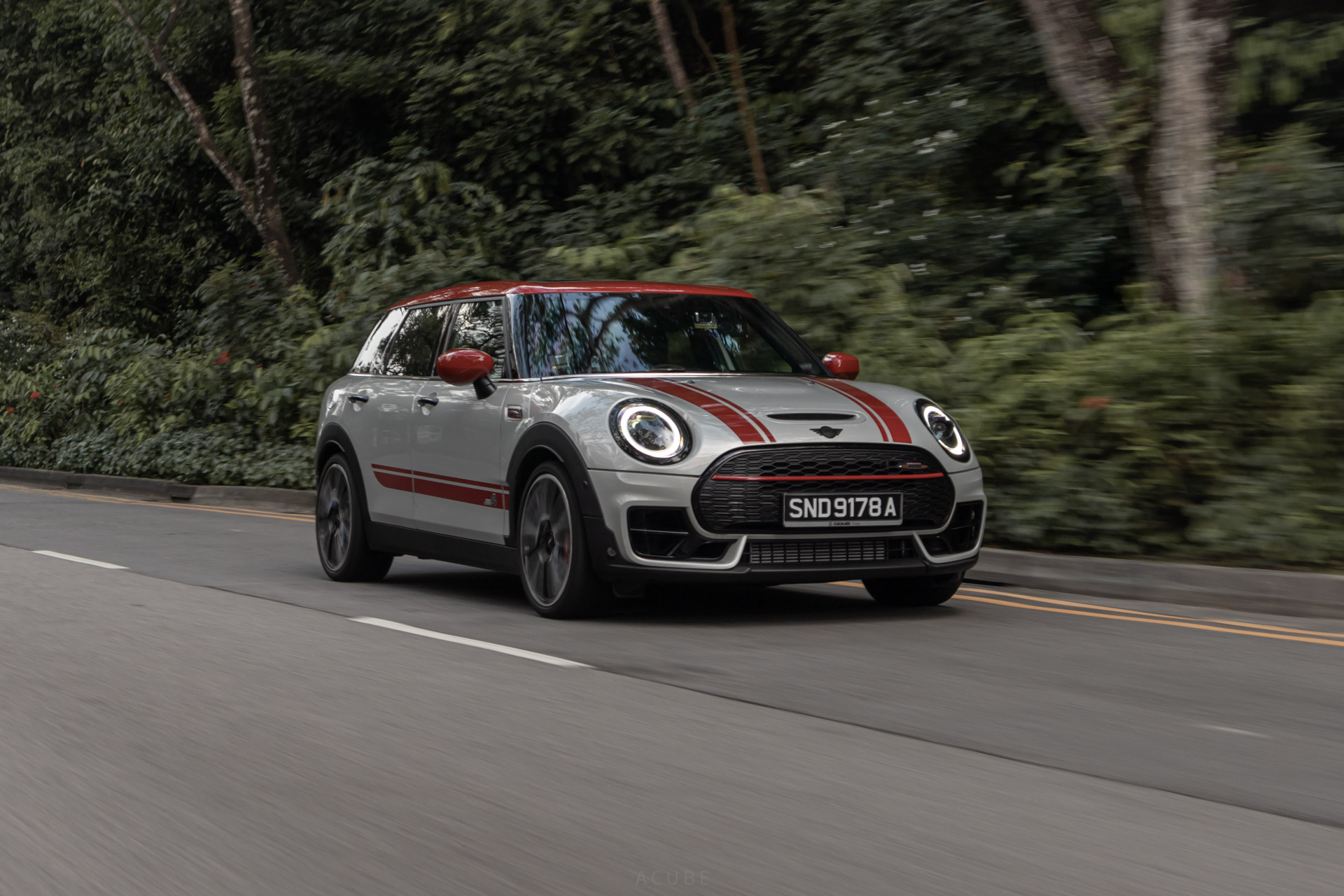 Should you want something with British quirkiness, the MINI JCW Clubman could be up your alley. Its power figures are almost identical to the GLB 35, but it only has five seats. Interestingly, the JCW Clubman has split rear doors at the boot, a unique feature rarely seen in cars today. 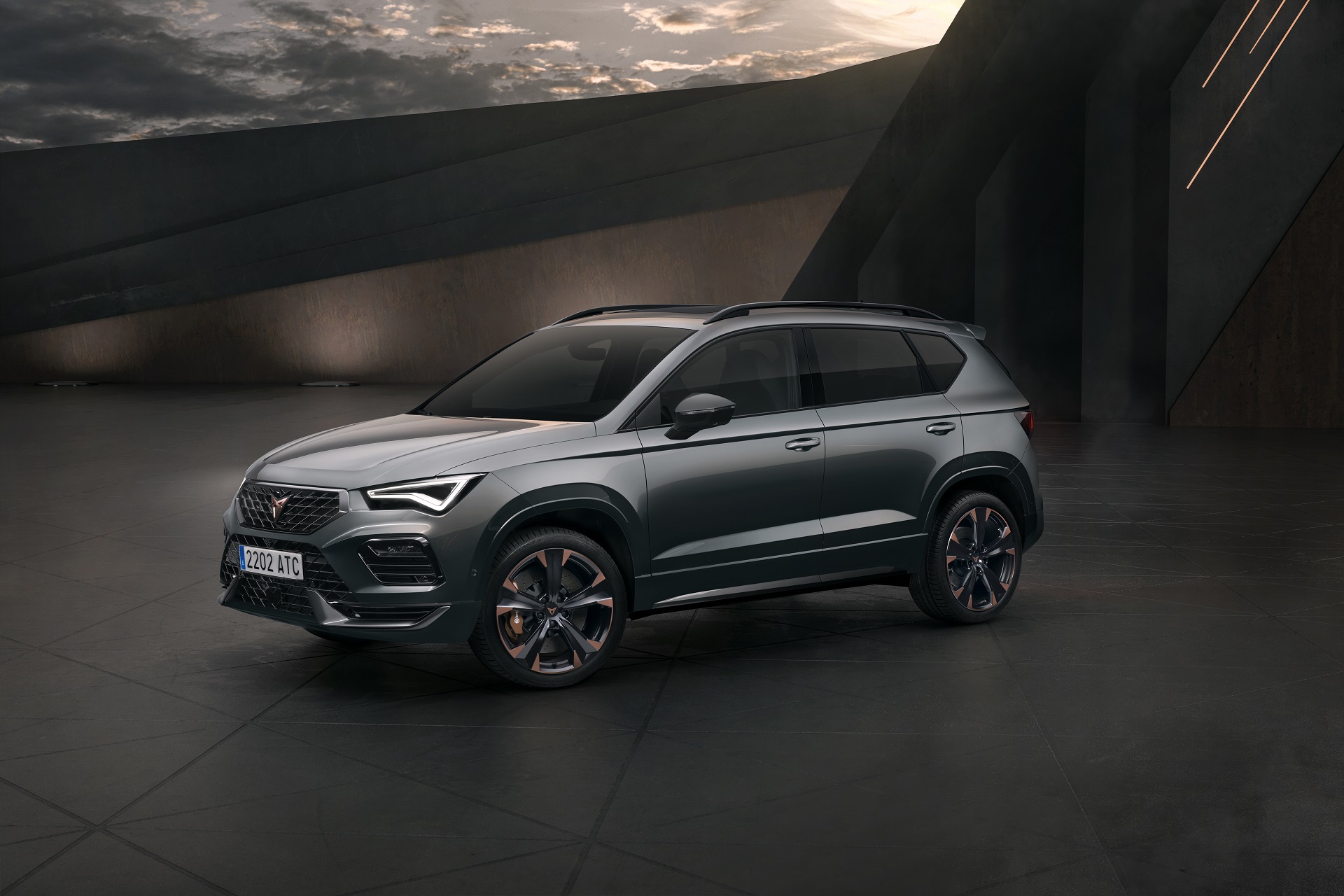 If you want something a little more left field, why not the CUPRA Ateca? Granted, it is only a five-seater and is eight horsepower down on the GLB35, but what you are getting in return is a genuinely capable car for a lower price, together with some really sharp looks courtesy of CUPRA's edgy styling. 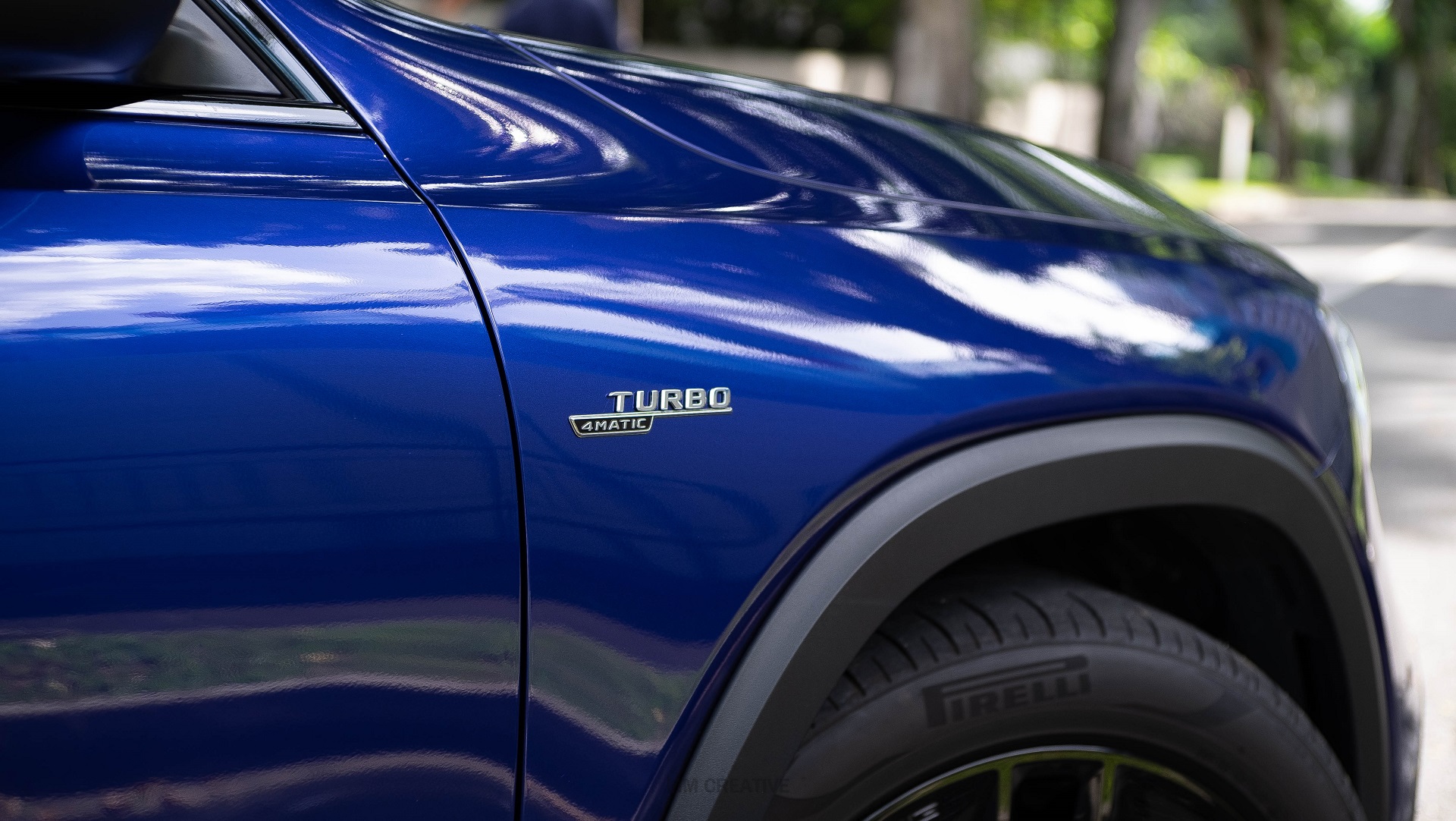 If you are keen on purchasing this very GLB35, it is available for sale here! For any other cars you're looking for, take a look at our used car section here for some of the best deals!