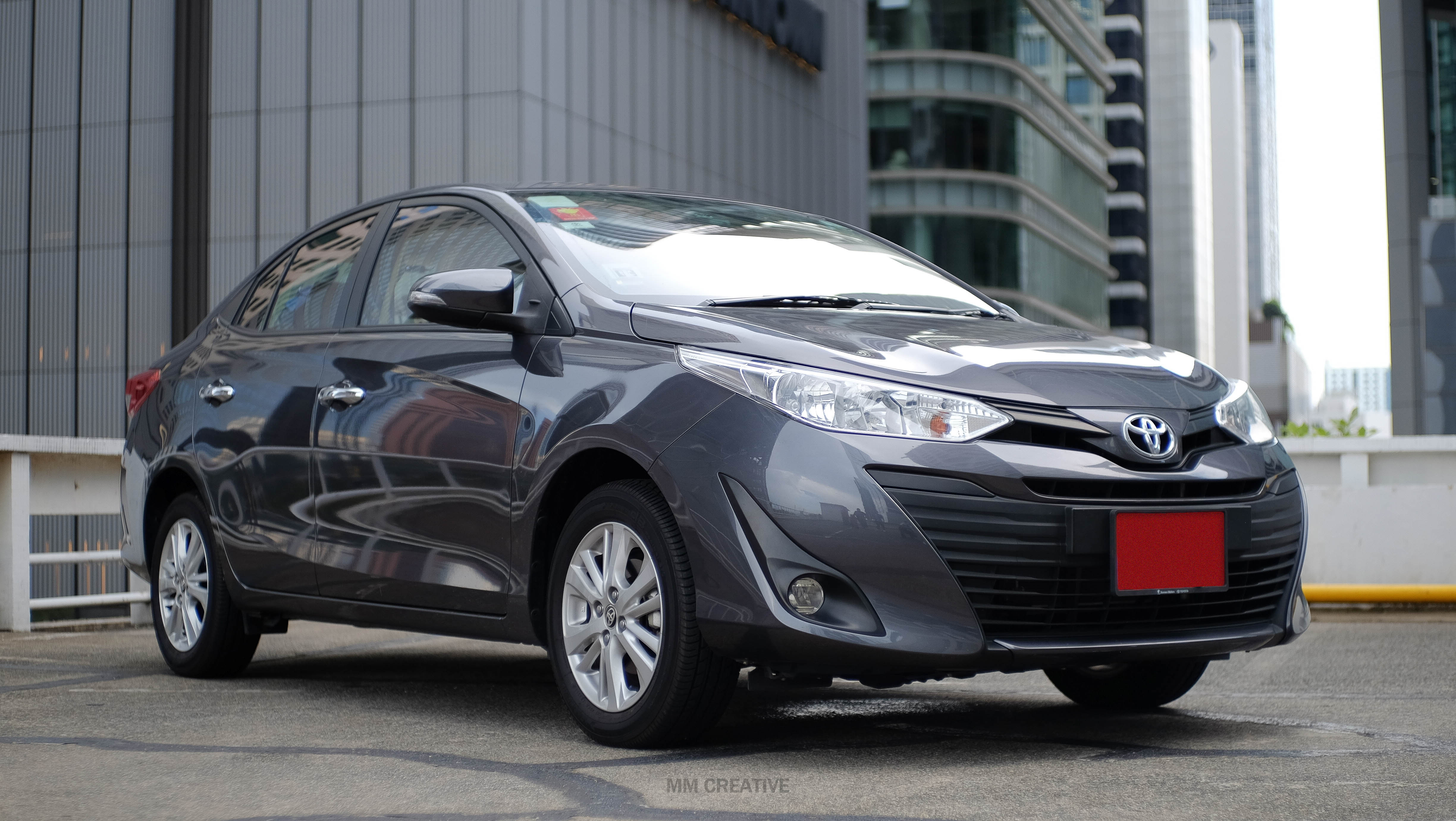 In this new Motorist segment, we bring you a brief yet comprehensive buyer’s guide on some of the most popular cars on our road today!

Today’s car in question is the Toyota Vios – a wildly popular compact saloon car initially designed for the Asian market. Ever since its entrance into the Singapore market in the early 2000s, the Vios nameplate has gained a level of respect from Singaporean buyers.

The car packs many of the desires of the average car buyer here into one complete package: extremely frugal fuel consumption, ability to ferry a family of five comfortably, and bulletproof reliability. It's no wonder that it's one of the best-selling vehicles here! 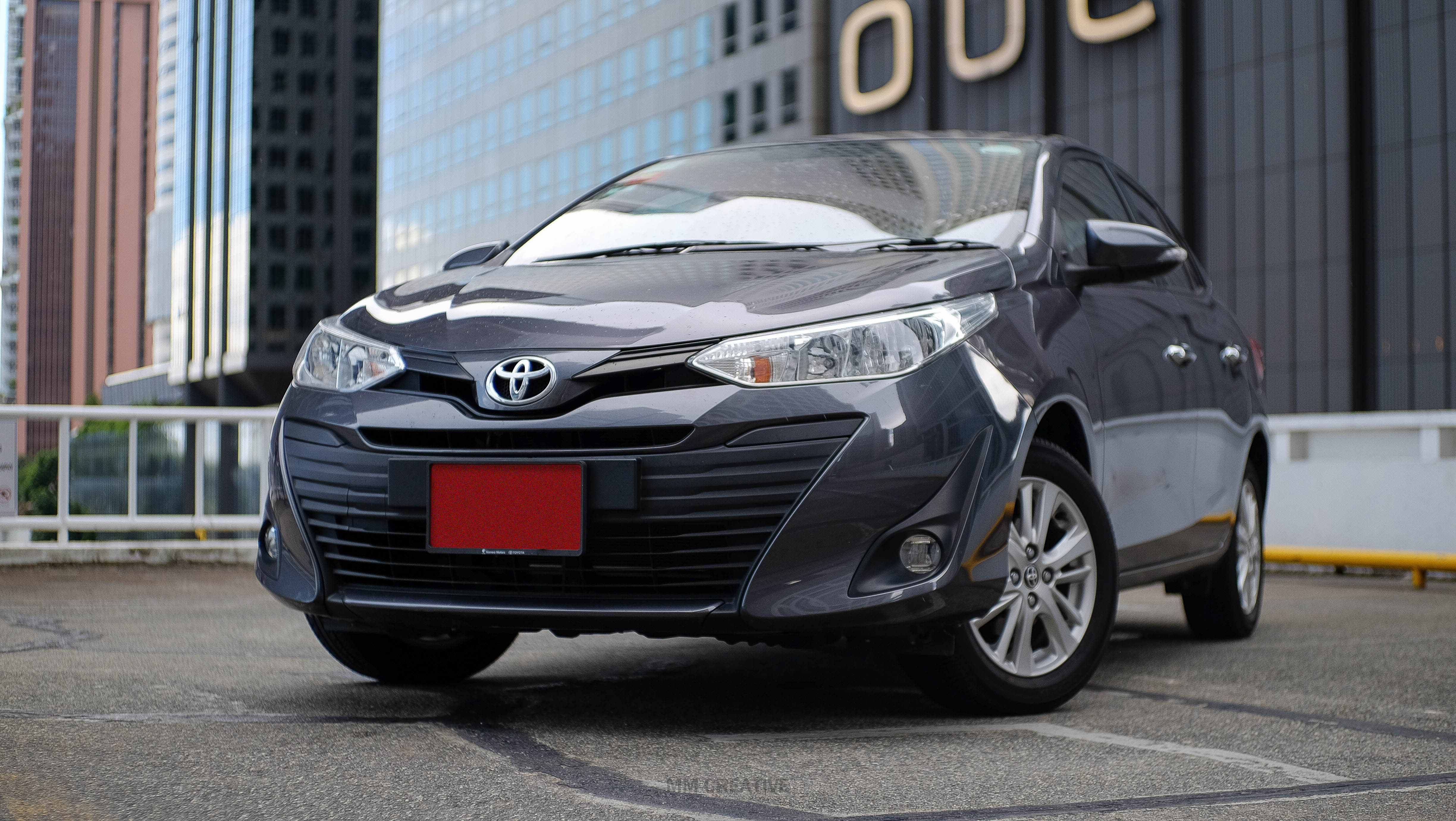 This particular Vios is the XP150 model, also known by many as the facelifted third-generation. It comes in two variants: E and G grades. The range-topping G features bells and whistles like LED daytime running lights and leather upholstery, but they are otherwise mechanically identical. 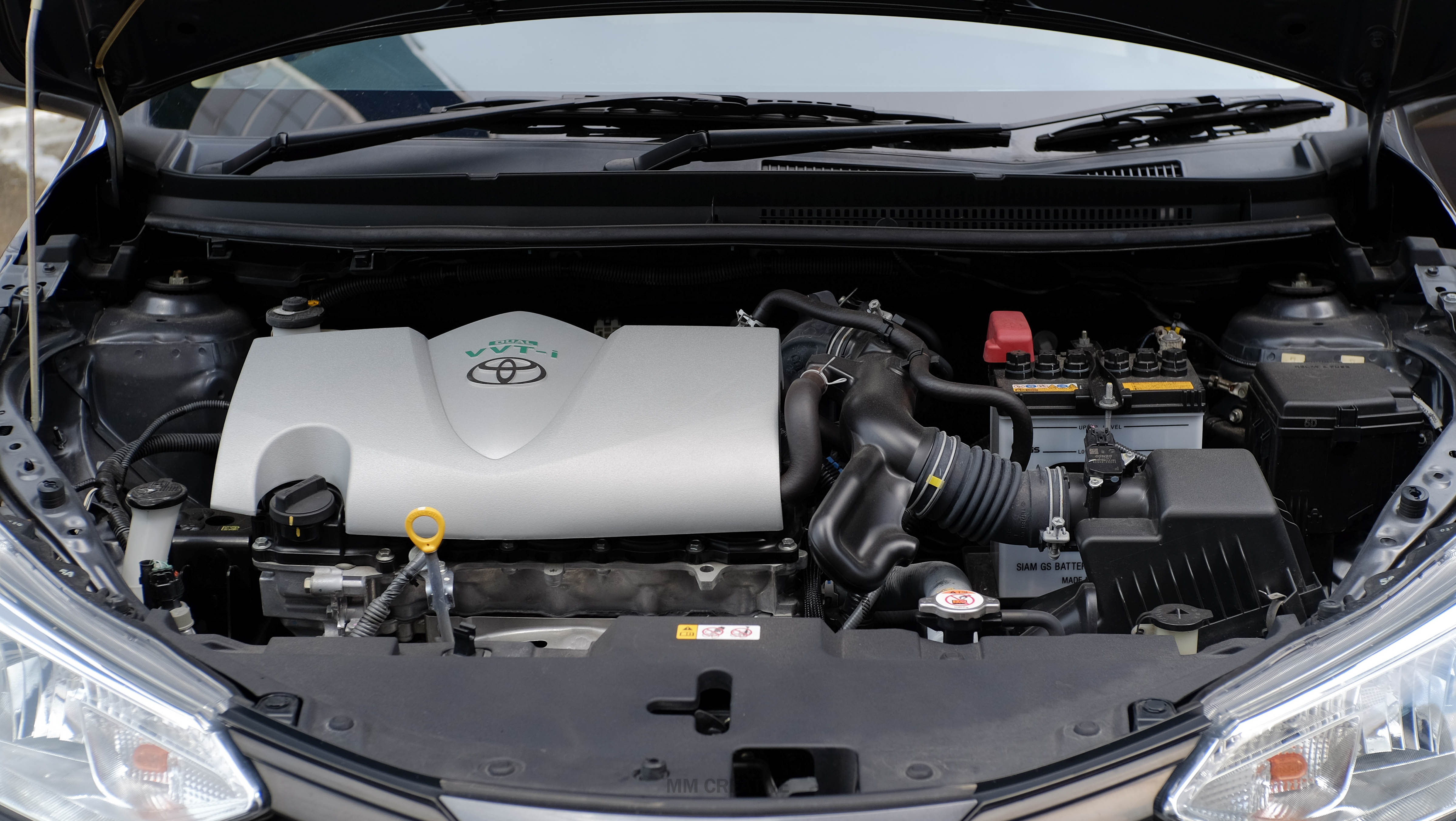 In a word, yes. Fuel economy figures on this are respectable; an impressive 17.2 km/L due to its extremely efficient 1.5-litre 2NR-FE Dual-VVTi engine. With petrol prices reaching absurd new highs with each passing week, you'd want a vehicle that does not chug fuel, but rather sips on it.

The engine is also widely used in various other Toyota cars, like the popular Sienta MPV. In that regard, spare parts are abundant (and relatively cheap!) should you ever need to find them. Speaking of which, this particular engine is a dependable workhorse, and there have been very little to no complaints from owners.

Regardless, we still recommend sending the car to an independent inspection service to ensure that there are no mechanical or electrical gremlins prior to purchase!

How about its power? 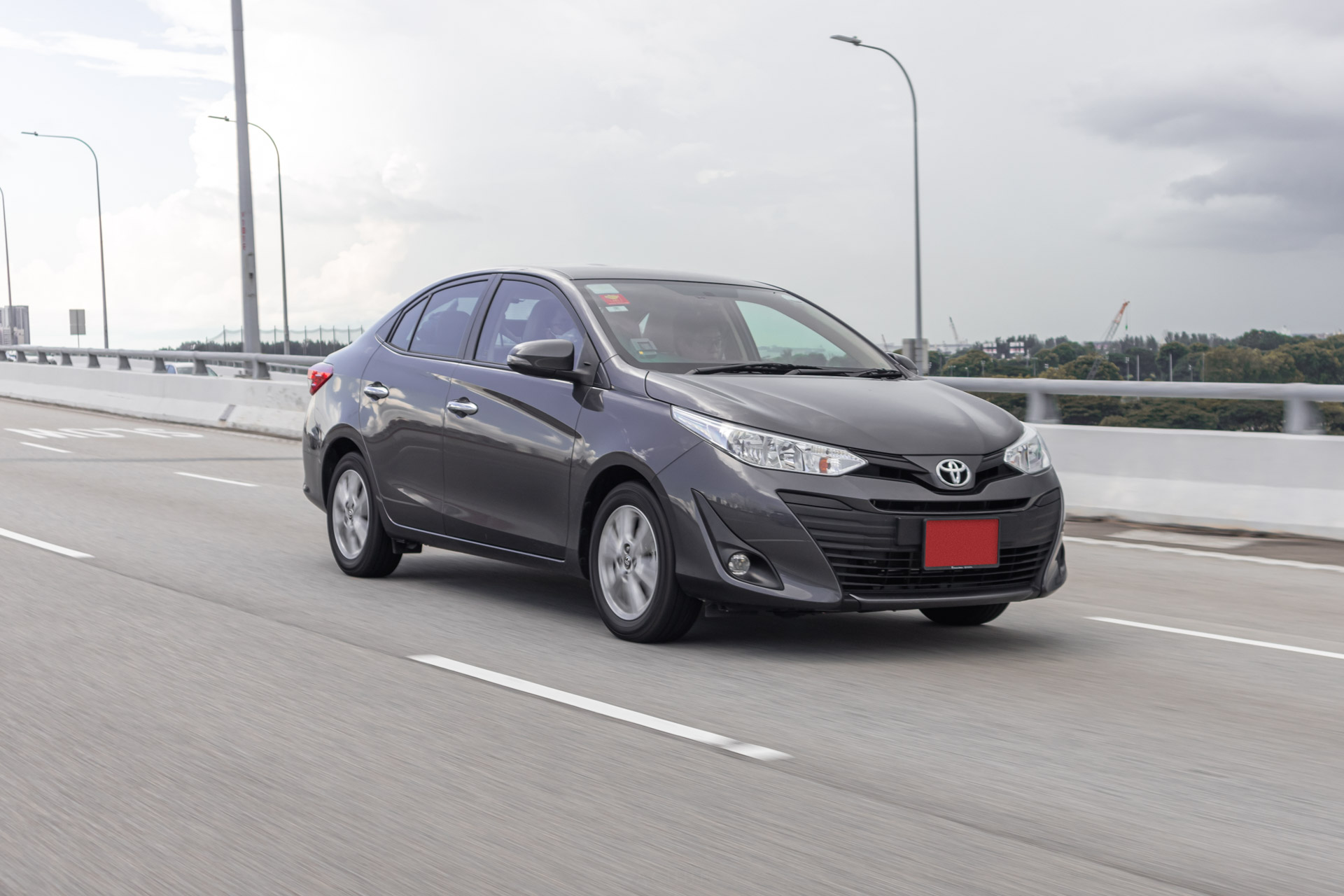 Putting out about 105 horses and 140 Nm of torque through its CVT transmission (with seven simulated gears), the Vios is hardly a performance machine. But then again, you don't look for insane power statistics in one. As mentioned, it's all about efficiency and frugality with the Vios, and this provides them in spades.

And while we have slagged off CVT gearboxes for being uninspiring, Toyota's transmissions are fairly reliable and are known for lasting longer than many of its counterparts from other manufacturers.

The inline-four powerplant is also extremely smooth, be it in town or on the expressway, although it may sound rather agricultural when you attempt to overtake others at full throttle. Should you feel overwhelmed by the rough engine noise, it would be prudent to invest in additional sound insulation from third-party services. 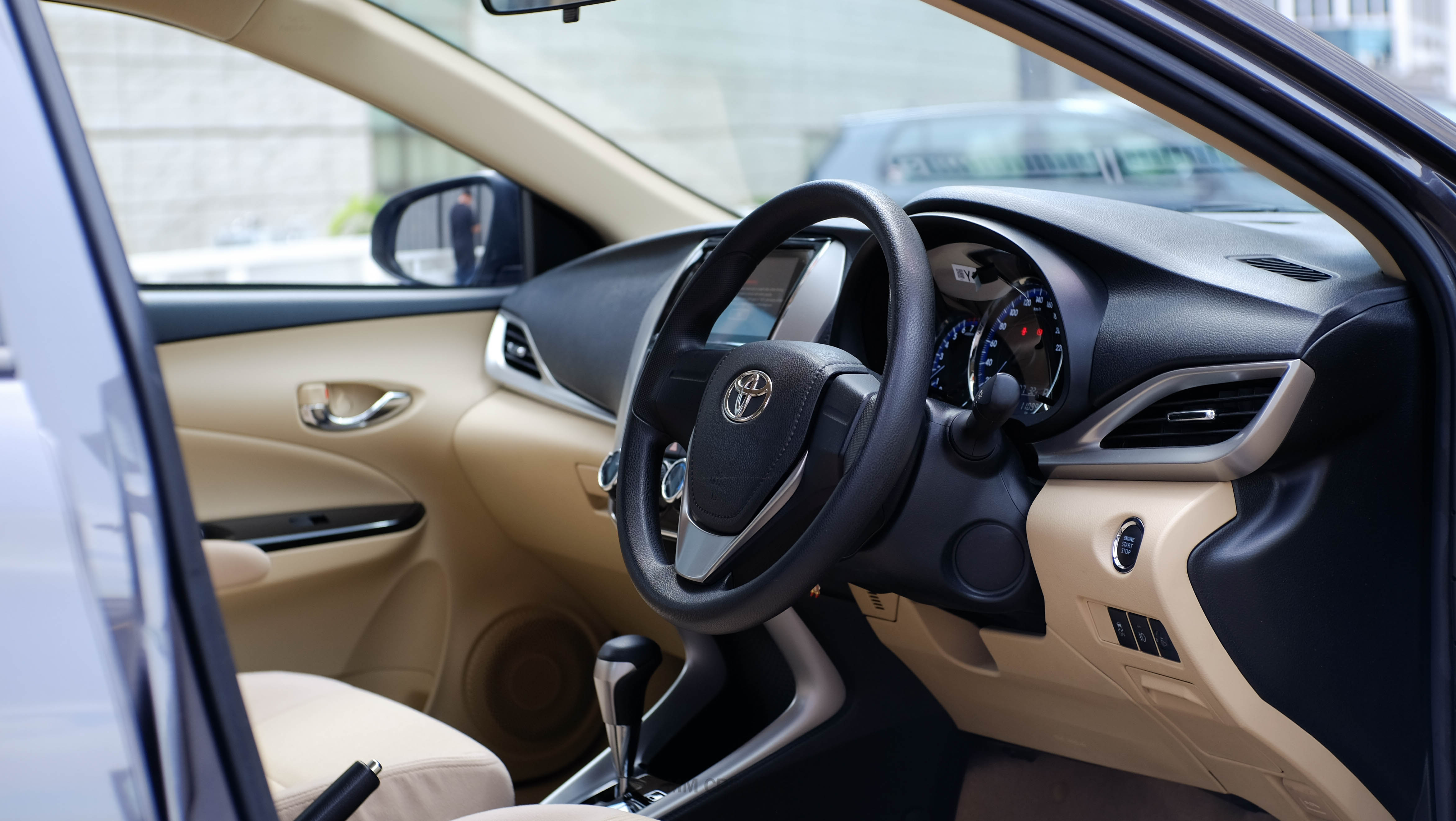 Vios cars are built with cost-effectiveness in mind, so do temper your expectations. Hard plastics fill the cabin, although Toyota has attempted to spruce it up by giving a high-contrast interior colour palette; in this case, black and ivory, with a dash of some metal-finish parts. While they're not exactly the most opulent in the business, they will most likely survive day-to-day use for the entire COE cycle and beyond.

HVAC controls are reassuringly physical dials, with none of the capacitive panel nonsense that plague many modern cars. That also means lower costs should they ever malfunction during the course of your ownership. 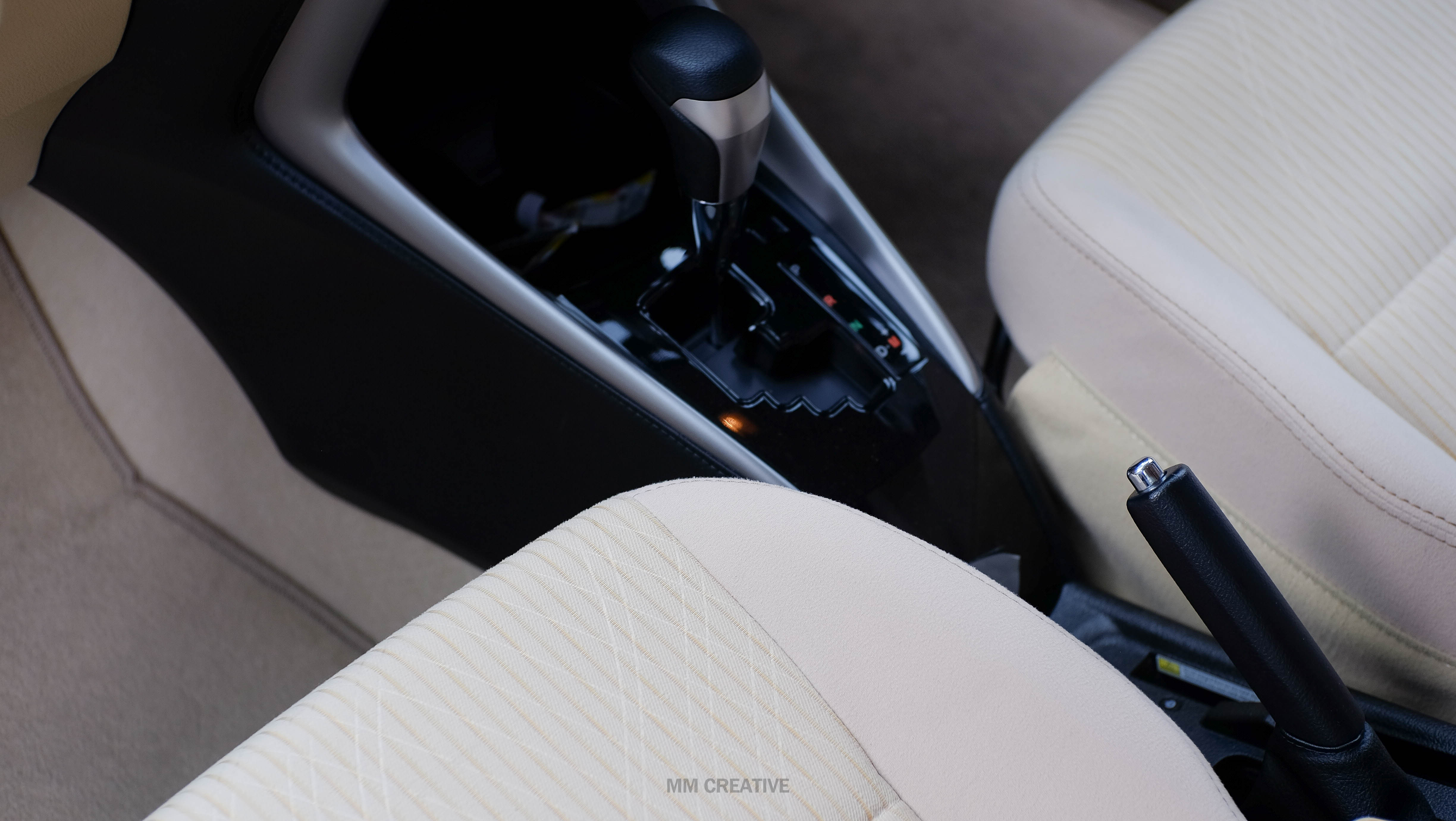 Cleaning the interior should be easy with said-hard plastic panels, as opposed to soft-touch materials. Be sure to look out for stains though, especially if you're getting the E grade. With fabric upholstery, removing spillages would be a nightmare! Alternatively, you may want to consider getting the G grade that comes with leather upholstery, which is arguably easier in terms of maintenance. 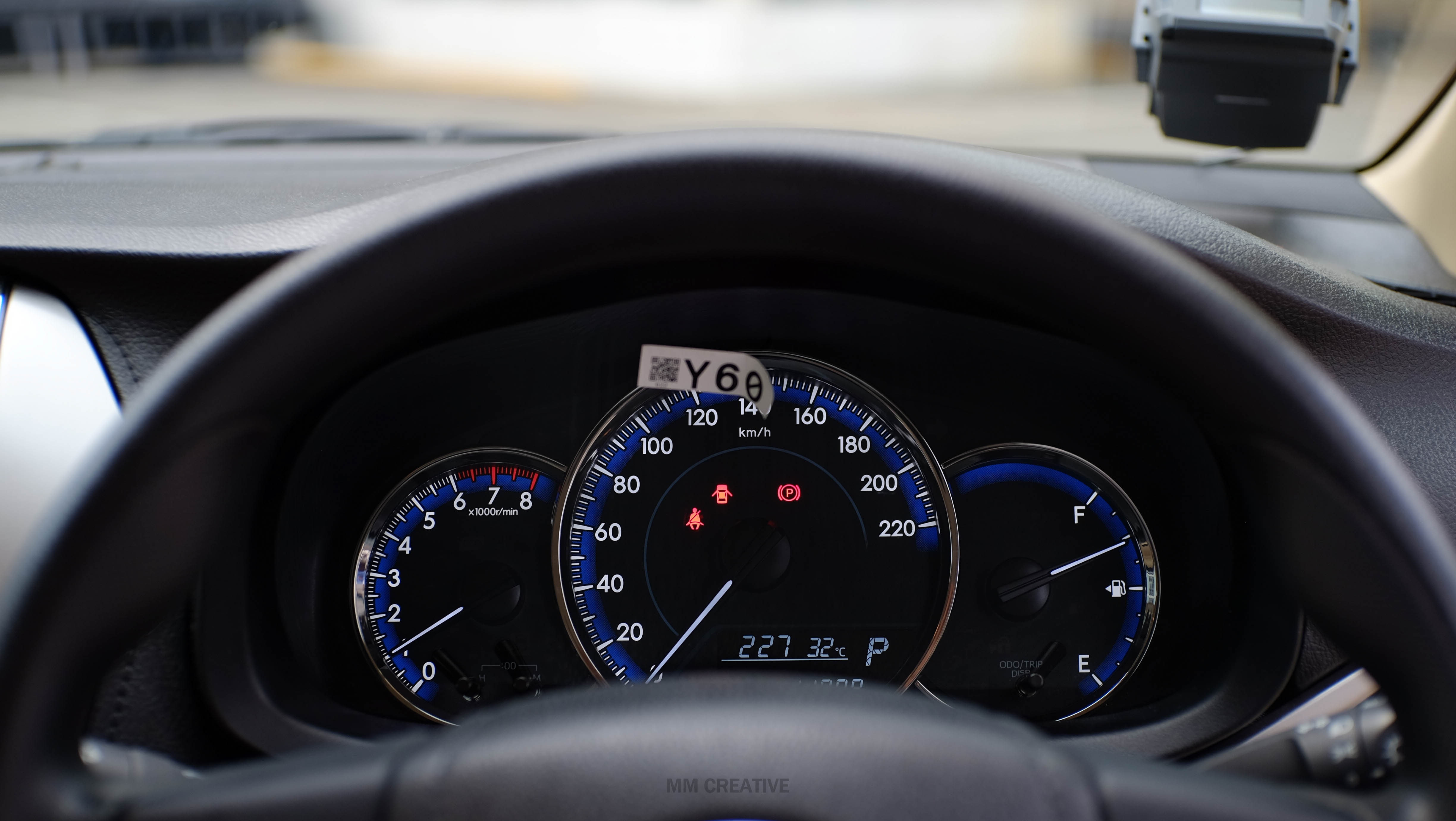 One thing to take note of would be the lack of telescopic adjustment for its steering wheel. Only tilt adjustment is available, which can get frustrating if you want the wheel to be closer to you when driving.

Amenities are also somewhat lacking. There are no rear AC vents for the occupants at the back, so cooling the interior temperature down will take some time upon start-up.

The car can accommodate five passengers in total, although we recommend four for maximum comfort. Rear headroom is also a bit restrictive for folks above 175 cm, so do consider this carefully if you have taller family members or loved ones. 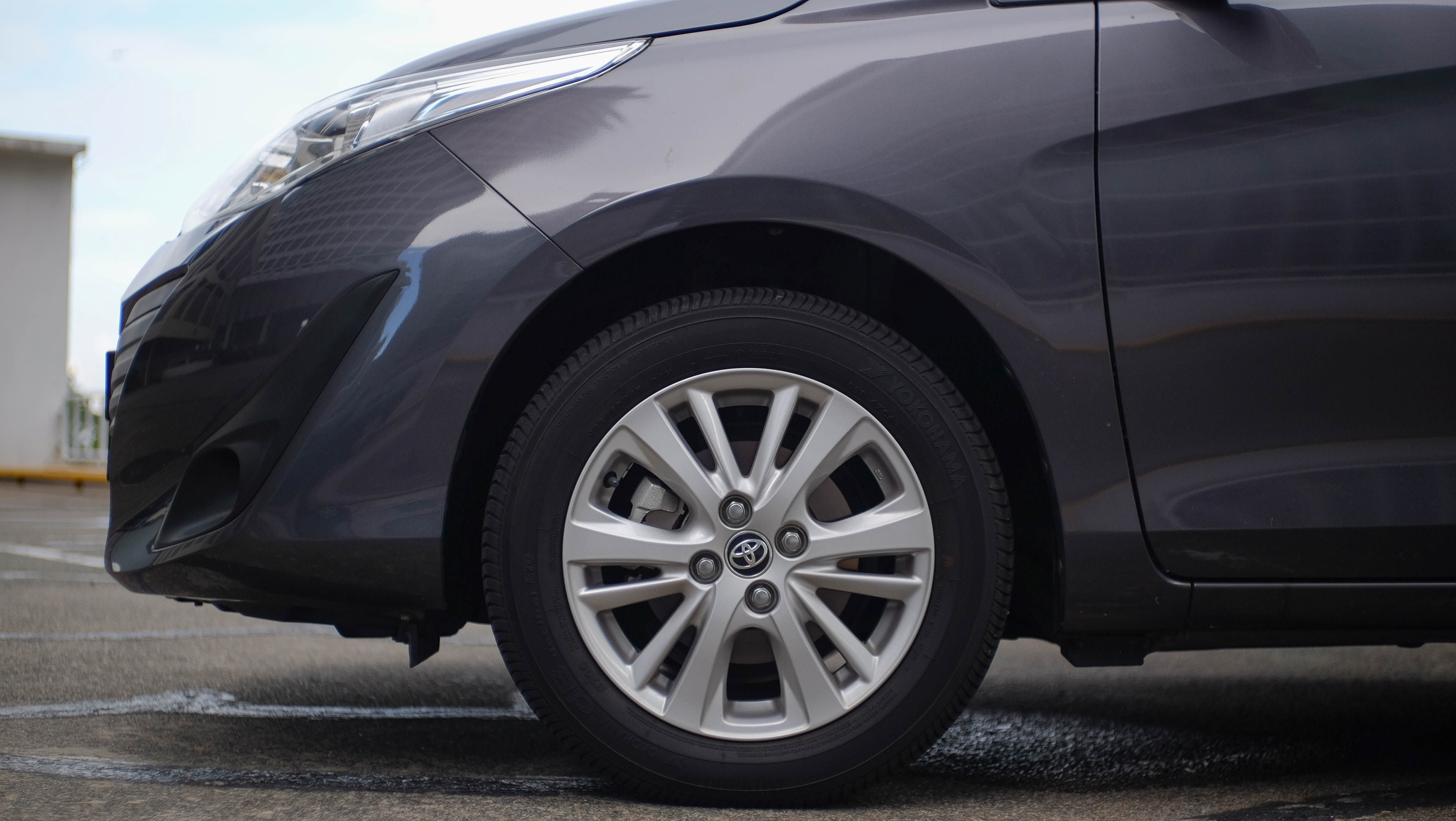 And for those with babies or toddlers in tow, you'll be glad to know that there are ISOFIX mounts available. On the topic of safety, the Vios is one of the best in its class, with seven airbags equipped as standard.

NVH levels are also quite decent for an economical car, with road noise within bearable levels at expressway speeds. However, we do recommend swapping the OEM 185/60/R15 tyres for quieter ones for a more silent driving experience.

With 506 litres of boot space available, your regular grocery runs or family outings should present no issue! The load lip is relatively shallow too, so if you're transporting bulkier items like prams and such, the loading and unloading process is a breeze.

Additionally, the Vios comes with a full-size spare tyre and a warning triangle as standard. 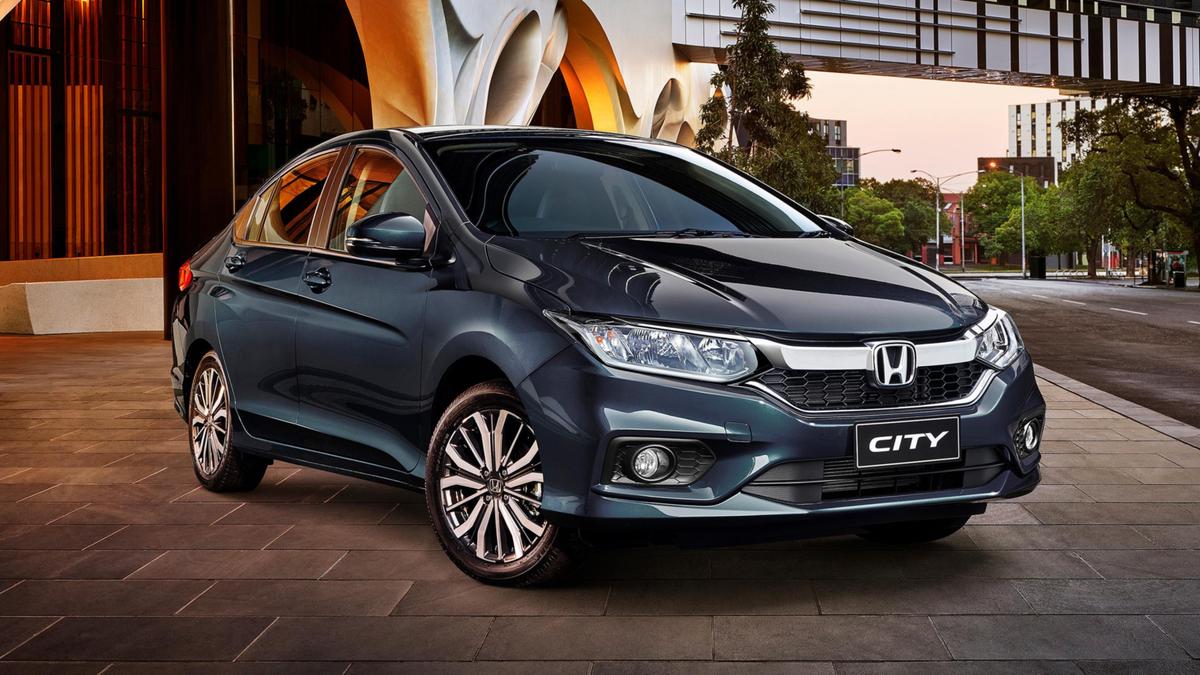 While the Vios ticks all the boxes for many Singaporean buyers, there will always be a segment of them who would want something a bit more powerful or comprehensive. In that sense, we highly recommend cross-shopping it against the Honda City or even the Mazda 2 saloon. 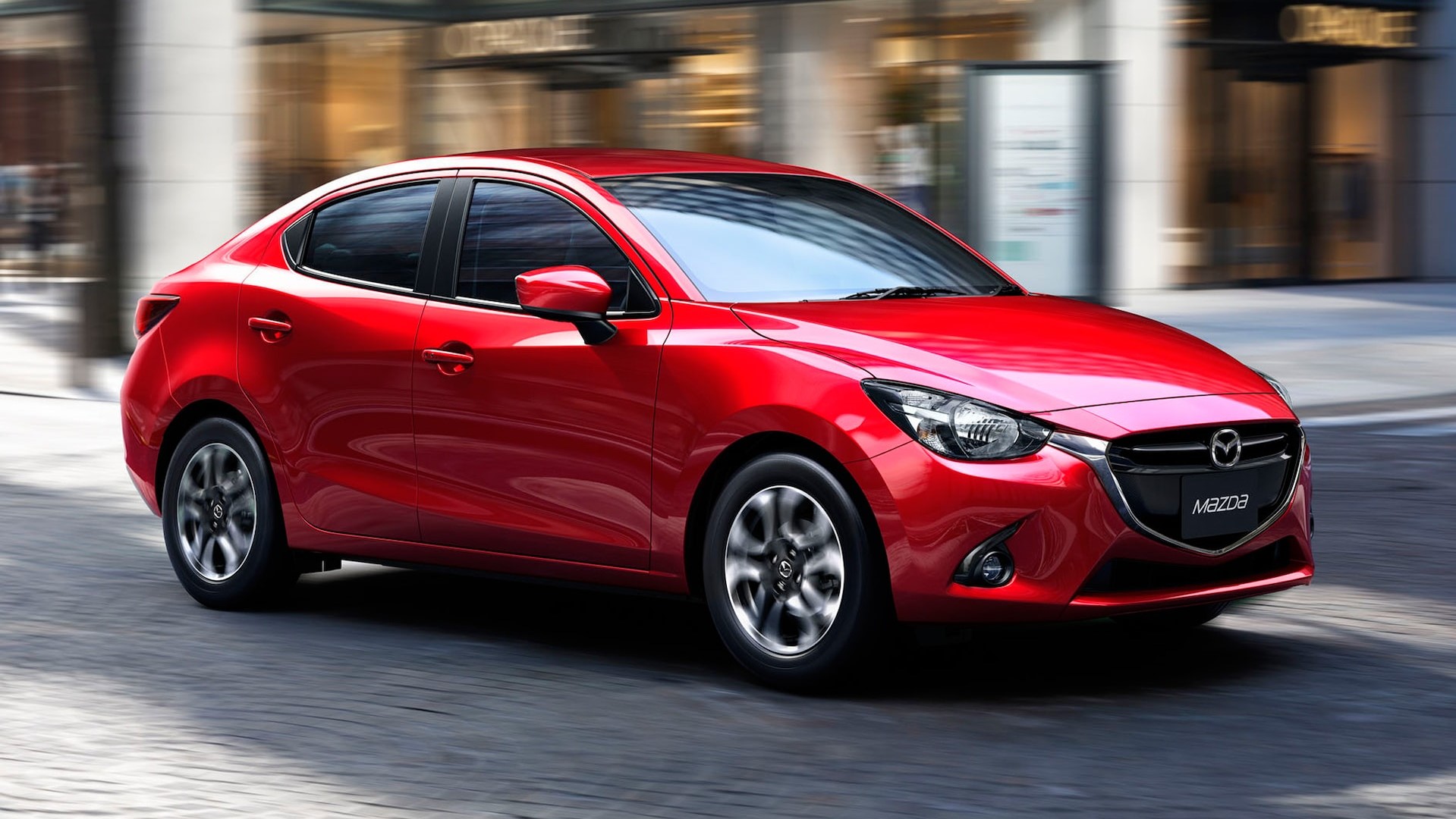 Like the Vios, the City and 2 saloon are both made in Thailand and powered by reliable 1.5-litre engines, equipped with i-VTEC and Skyactiv G technologies built-in respectively . The Honda is peppier with about 10 horses more than the Vios, while the Mazda has a more upmarket design than its competition.

Both are also extremely reliable as well, with strong aftermarket support.

For all intents and purposes, the Vios is an extremely good economical car that you should consider. Well-specced for the most part and stupendously reliable, this Toyota makes for a fuss-free daily driver.

And with spare parts easily available not just in Singapore but in the entire ASEAN region, maintenance costs are almost guaranteed to be extremely low compared to other brands and models.

If you are keen on getting a pre-owned Vios as your next ride, do take a look at our used car section here for some of the best deals!

Read More: How to Properly Pick a Car for Your Needs in Singapore