Inconsiderate Drivers of the Week: Episode 33 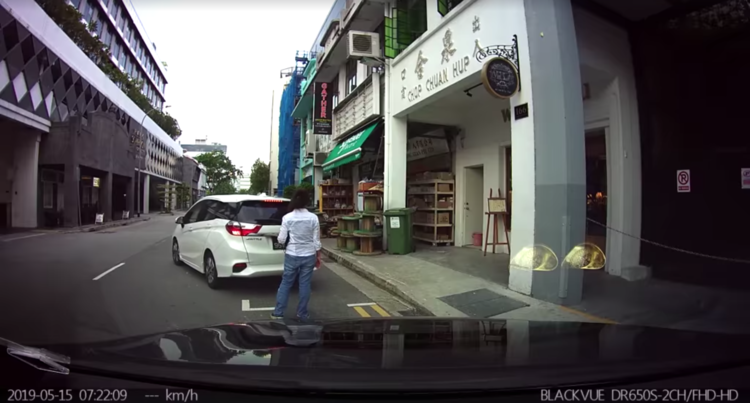 
In this episode of Inconsiderate Drivers of the Week, we feature a person ‘choping’ a parking space, more red-light beaters and a ‘drifting champion’.

1) Woman ‘Chopes’ Parking Lot for Car Reversing from Further Ahead


Singapore is a unique country. We have a practice of ‘choping’, leaving tissue packets on tables at hawker centres to reserve table and seats. But where in this ‘choping’ culture should we draw the line? Can a parking lot be reserved by a person?

In this video, we can see a parallel parking lot, and the camera car driver seems to have the intention to park there. But a lady stands in the parking lot, preventing the camera car from parking there, and gestures for a car ahead to park in that lot.

From ahead, a white Honda begins to reverse and begins to park in the parking lot. Only then does the lady moves and allows a car to park in the lot, leaving the camera car driver to sit helplessly, only to record the whole incident on the dashcam.

2) Black Mercedes Beats Red Light, Gets T-Boned by Taxi with Right of Way


Drivers beat the red light every day. Some get away with it scot-free, others get caught on camera, and quite a few of them end up in accidents.

In this video, we can see a traffic light turning green, giving vehicles on the same road as the camera car the right of way. The camera car was preparing to turn right, and was inching out into the turning pocket, and the two lanes to its left were for vehicles to go straight.

Suddenly, a black Mercedes appears from the right, beating the red light. The white Mazda driver manages to react and brake just in time, but the same could not be said for the taxi driver on the Mazda’s left. The taxi driver was unable to break in time, and T-bones the Mercedes.


Some drivers like to consider taxi and private-hire drivers as one of the biggest menaces of the road, and dashcam footage videos like this only reinforce their beliefs.


There has been quite an intense discussion on discretionary right turns, as quite a number of accidents or near-misses occur at such turnings. That is mostly the result of reckless drivers with bad judgement, and it has led to the call to install right turn green light arrows at traffic junction.

Luckily, both drivers reacted quickly to each other’s presence and braked hard, thus avoiding a collision.

5) Car Driver Loses Control on the PIE, Skids Across the Entire Width of the Expressway


When a driver loses control of their car, the consequences can be disastrous, especially when the car is going fast and they are many other vehicles on the road.

In this video, we can see a white car on the first lane signalling right, presumably wanting to change lanes. But due to another car following right next to the white car, the latter can’t change lane.

Suddenly, the white car begins to swerve in its lane and does a skid right across the width of the PIE, spinning in the process. Luckily, the traffic on the road was minimal at the time, and all the other drivers managed to avoid colliding with the skidding car. 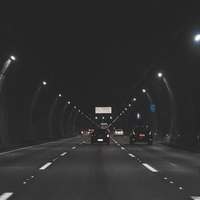 Derek
I don't think people should be allowed to reserve and hold parking lots, after all, parking lots are meant for cars!
Like Reply