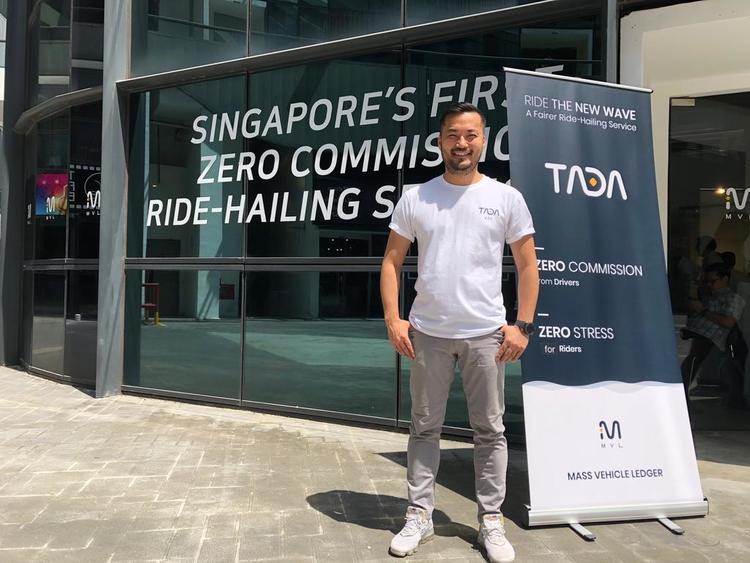 With Grab’s prices skyrocketing during peak periods, commuters will look for alternatives, like TADA, for lower fares and shorter waiting times.

Last Saturday (10 November 2018), a commuter was looking for a private-hire car to take her from Holland Village to Thomson in the evening when it was raining. When she checked the fare from Grab, the app quoted her a price of S$36.

Unwilling to pay that amount, she checked TADA, which gave her a price of S$16. The price quoted by TADA was less than half of what Grab gave her. However, with TADA, a smaller company than Grab with lesser drivers, the rider was expecting a long waiting time to book a car.

To her surprise, she was accepted by a driver relatively quickly. Speaking to TODAY, the rider said she had tried to book a ride on TADA a few times since its July launch. However, she had never been successful until her latest attempt.

With frustrations growing over Grab’s surge prices, many are turning to other alternative ride-hailing platforms, like TADA, to fulfil their point-to-point service needs. Many such commuters tell TODAY that they switched platforms due to long waiting times to receive a booking, which averages from 10 to 40 minutes.

As for TADA, it sometimes only takes under a minute to book a ride. One TADA commuter TODAY spoke to mentioned that TADA’s service has slightly improved. The commuter said that the average waiting time was between nine and 12 minutes to get a ride previously, and that has since shrunk to around five to six minutes.

Since Uber left the Singapore market in May, commuters have complained that they have seen Grab’s prices increase. Thus, TADA has become more attractive to riders looking for a cheaper ride.

However, the app still has its issues. When we tried to use the TADA app at 11am on Monday (19 November 2018), the app sent a notification, informing users that there was an issue with the app and that riders are unable to book a ride.

On the notification, TADA said their ride booking service is currently, “intermittently disputed due to an overwhelming number of orders”. When we checked again at 11.40am, the issue was still present.

The issue seemed to be resolved just before noon, but it is unclear if such issues are currently commonplace in the app. A disruption of services that nearly lasts for an hour could be a deal breaker for commuters looking for both cheap rides and app reliability.

The app finally resumed its service during noon, so we decided to compare prices between them and Grab. We looked at prices from both companies for a ride to the airport from Ubi Crescent. 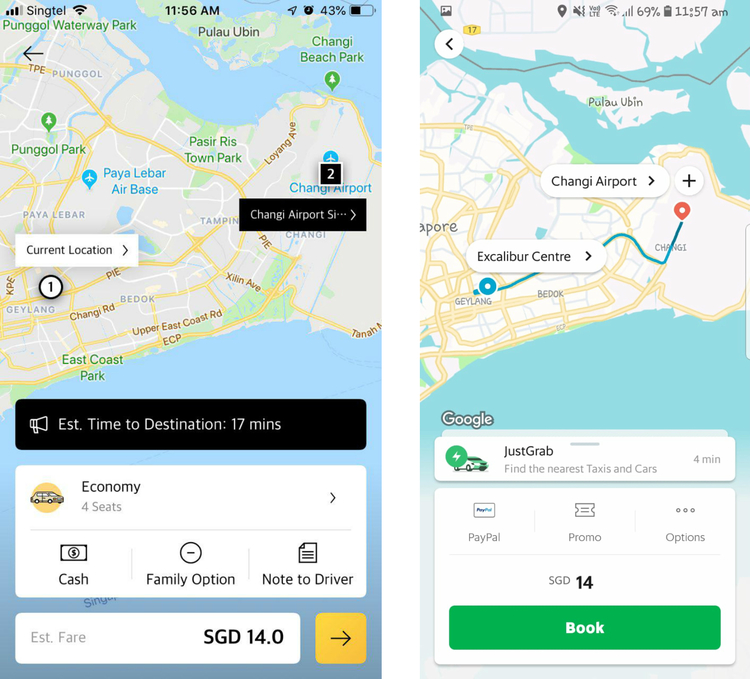 As you can see, both apps quoted a price of S$14 from their cheapest four-seater option, ‘Economy’ from TADA and ‘JustGrab’ from Grab. Since nothing separates the two platforms for a trip to the airport, it would probably come down to which app books a trip and gets its driver to the rider’s pickup point the fastest.

The comparison also goes to show that the price difference only comes into play during peak periods.

For most TADA users, the generally affordable prices the app offers outweighs its deficiencies, such as issues with the app and long waiting times.

This has been reflected in TADA’s number of new sign-ups. The company has said they are getting around 1,000 to 1,500 new user sign-ups, up from around 600 a day previously. This number is expected to maintain or even go higher with the announcement last week about TADA launching a new booking service and app purely just for taxis called ‘TADA Taxi’. 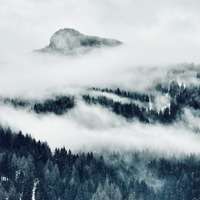 Evan
downloaded TADA to compare after reading this article ?
Like Reply