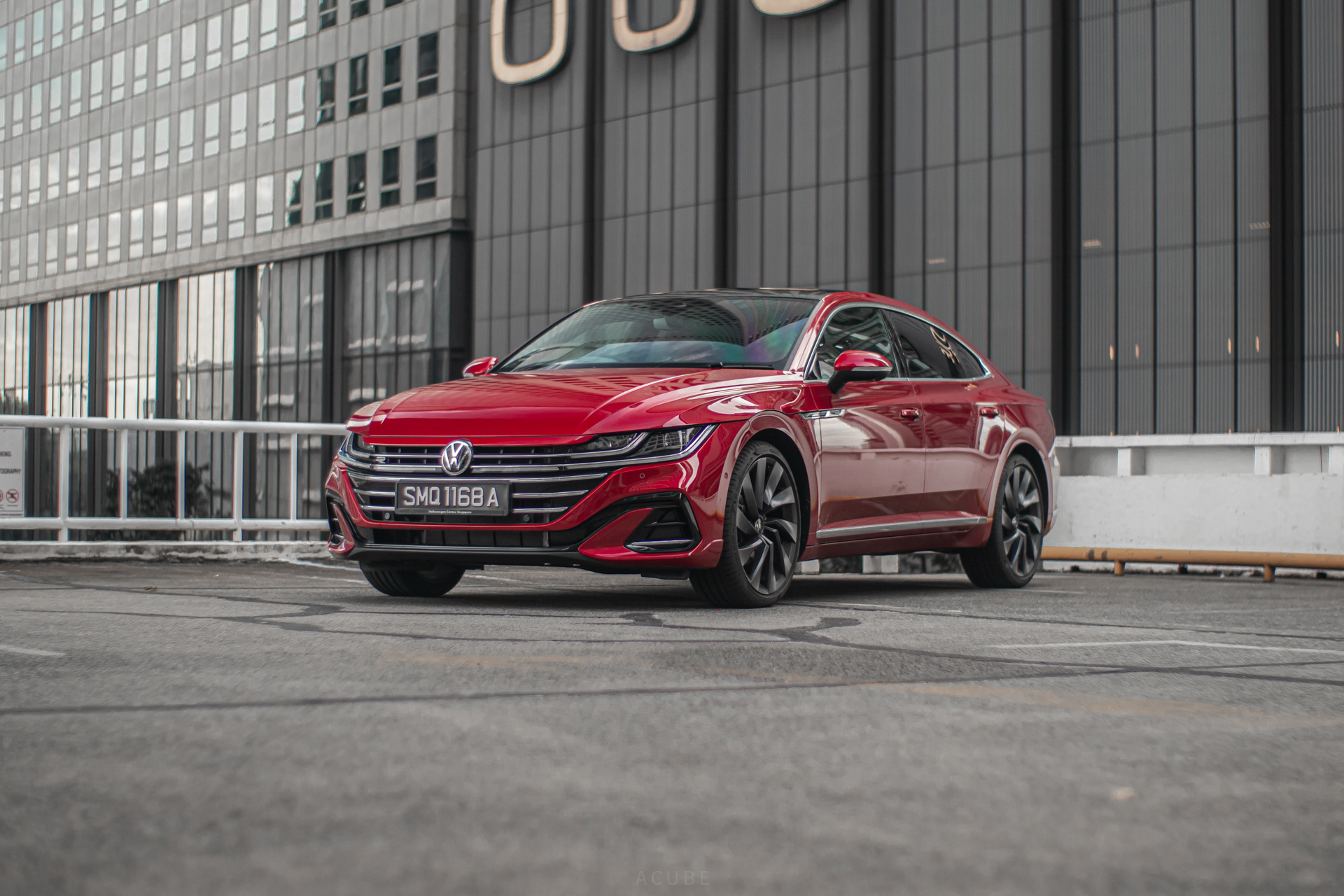 There are only so many options for entry-level luxury saloons locally. You have the usual suspects from Bavaria and Stuttgart, as well as from Nagoya if you prefer something from the Far East.

And regardless of its manufacturer, these cars are largely built with the same general ethos, combining space and build quality with stylistic cues that are a nod to its country of origin. They are quiet, refined and designed to chauffeur its occupants in comfort as they go about their day. 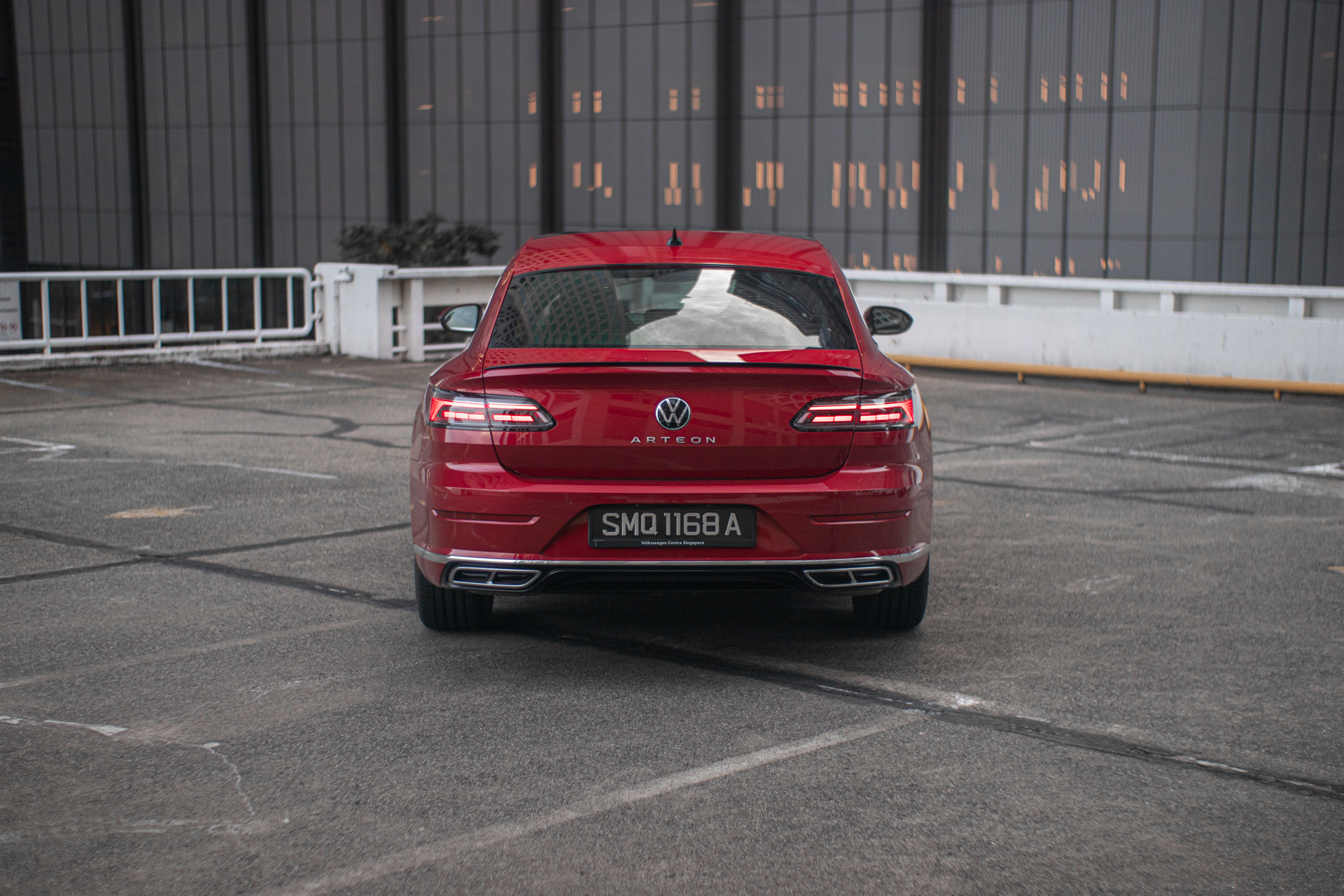 But there’s now a new contender. It comes from Wolfsburg, and it doesn’t really subscribe to the same principles. Yes, Volkswagen has now (re)joined the executive saloon fray, throwing its hat in the ring with the facelifted Arteon.

All the items that you’d expect a manufacturer to tweak in a facelift has been altered, some more significantly than others. In this mid-life refresh, you’ll find new bumpers, taillights and an LED light strip up front that connects the headlamps à la the newer Volkswagen offerings. 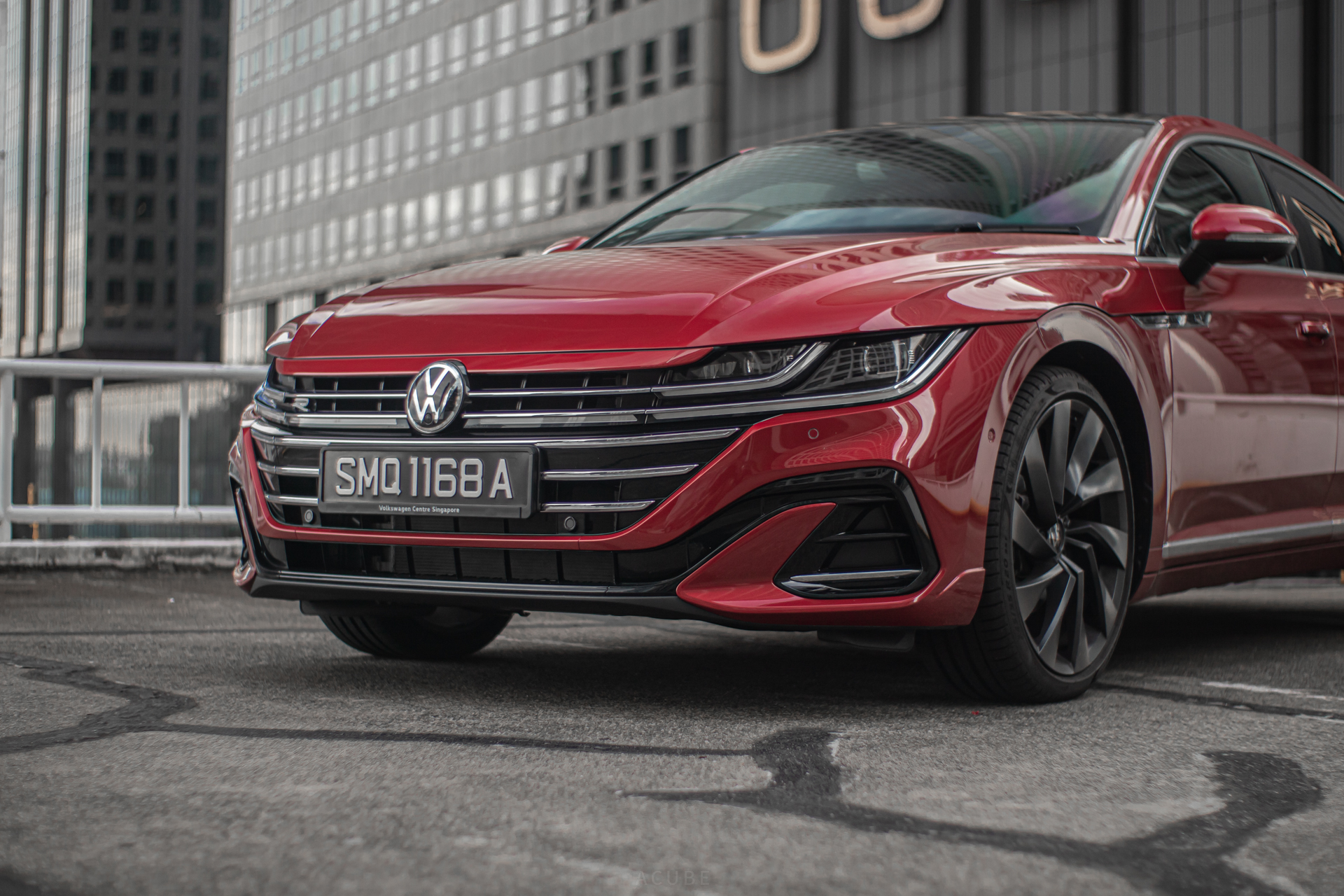 The pre-facelift car was already a looker to begin with, so the design upgrades were done on a solid base. The additional refinement results in a truly eye-catching and futuristic-looking car that just looks stunning in every angle.

In fact, I believe that it looks like it’d cost far more than the $231,900 that Volkswagen currently wants for it. There’s a sense of sophistication and speed that a low-slung roofline and wide haunches create, even if the car isn’t in motion.

Does That Svelte Form Factor Compromise Its Usability?

There are usually drawbacks to a lowered roofline. In many cars, passenger comfort can seemingly take a back seat in the designers’ pursuit of better aesthetics. But Volkswagen has done some witchcraft with packaging, so you still get the looks, but with none of the cons. 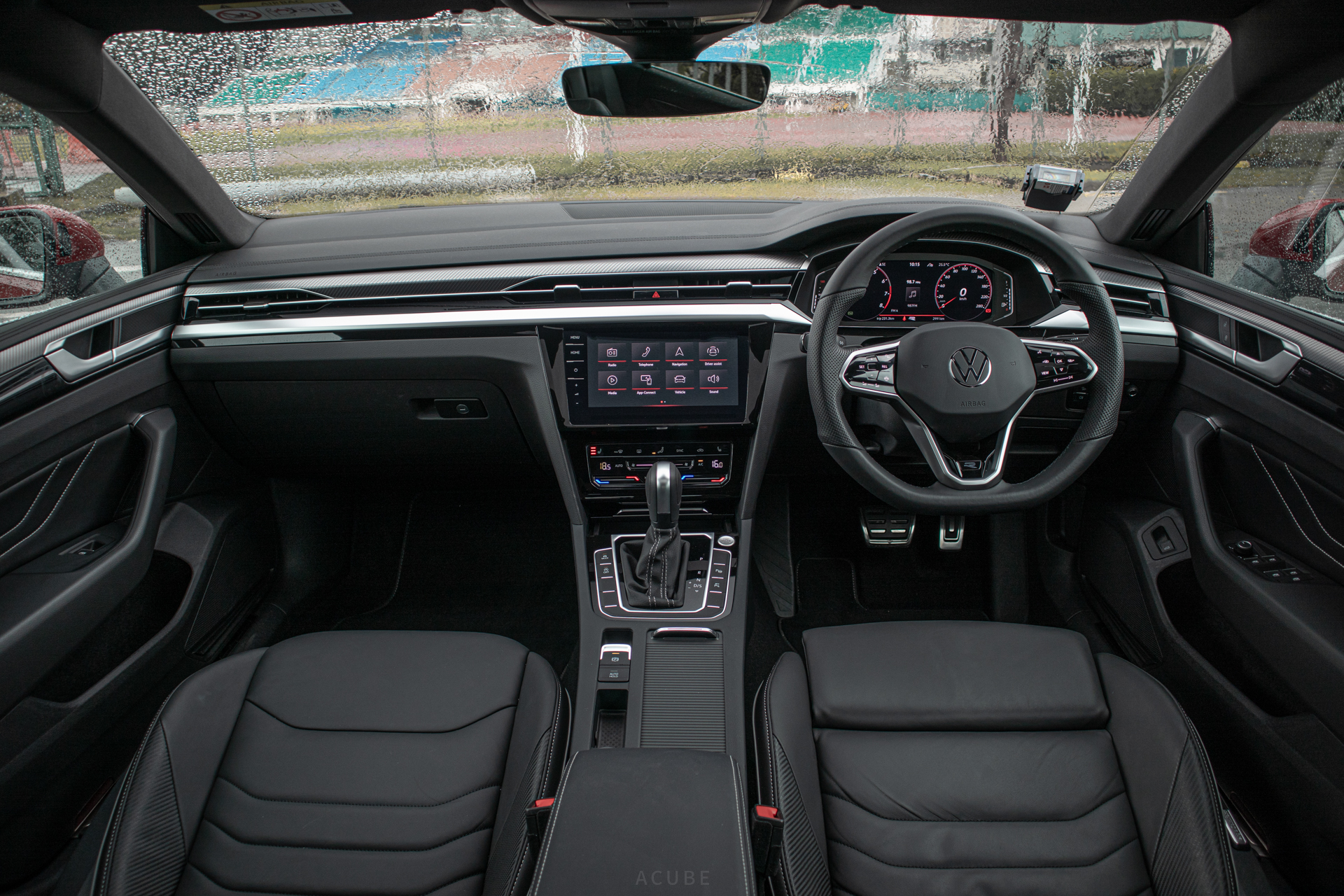 You’ll also be comfortable in the front seats too. You still get a good view out, and the seats offer just the right amount of support, helping to minimise the fatigue especially on longer drives. All of the switchgear in the Arteon has been lifted from the VAG parts bin, but it has been incorporated seamlessly into the overall cabin design, so nothing feels out of place.

How Does It Drive?

Very well. The Arteon is based on Volkswagen’s MQB platform, which has underpinned some of the Motorist Editorial Team’s favourite VAG cars. When coupled with the latest EA888 engine, it allows the car to behave not like your traditional, sure-footed (dull) executive saloon. 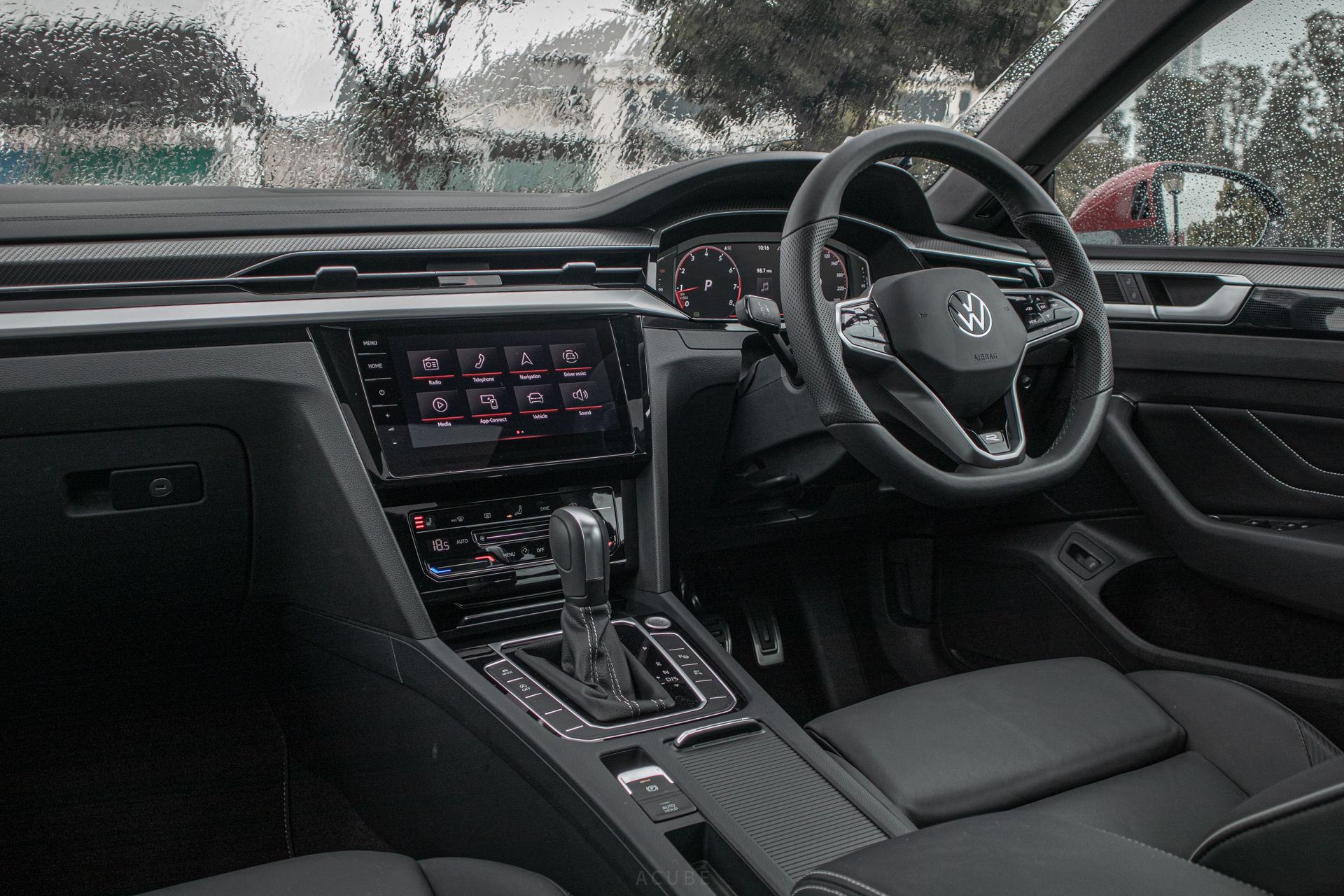 There’s a sense of fun to the way it conducts itself. No amount of design or sheer physical size can disguise the car’s hot hatch bloodline, with a responsive steering rack that allows the car to feel light on its feet. If I had one gripe, it is that Volkswagen should really have configured the power steering to be less intrusive, so you get more feedback through the wheel for even greater driving enjoyment.

You’ll need to give Volkswagen props where it is due - the EA888 is a true gem, and despite only developing 188bhp in this tune, all the power is at a part of a rev range that you’ll always find yourself in anyways, so unless you are really gunning it, the car really never feels strained. 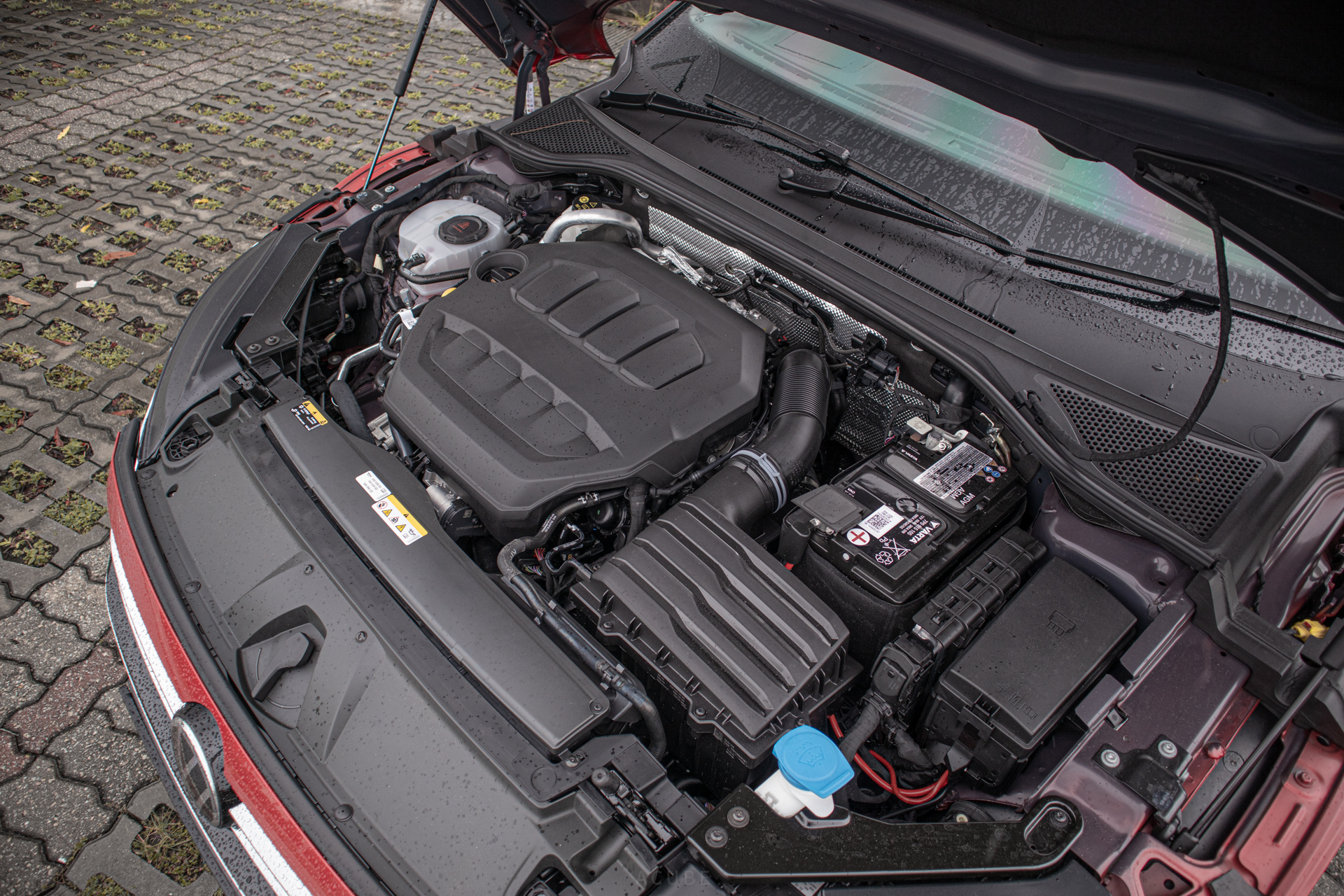 The seven-speed DSG transmission also properly complements the characteristics of the aforementioned EA888, making for a duo that packs a literal punch. Gear shifts are quick and snappy, and really adds to the driving experience when you are driving the car hard. When driven calmly, this gearbox seamlessly swap its cogs around, making for a silky smooth commute experience.

Who’s This Car For Then?

Saloons are no longer the hot property that they once were. But despite the increased popularity of SUVs and crossovers, there’s still strong demand for the humble entry-level executive saloon. As materialistic as it sounds, these cars are often status symbols, a sign and means to tell those around you that you’re starting to do well in life.

There are better driving executive saloons, and there are surely cars with better equipment and greater overall interior experience. But they are often more expensive, and generally less fun to drive. 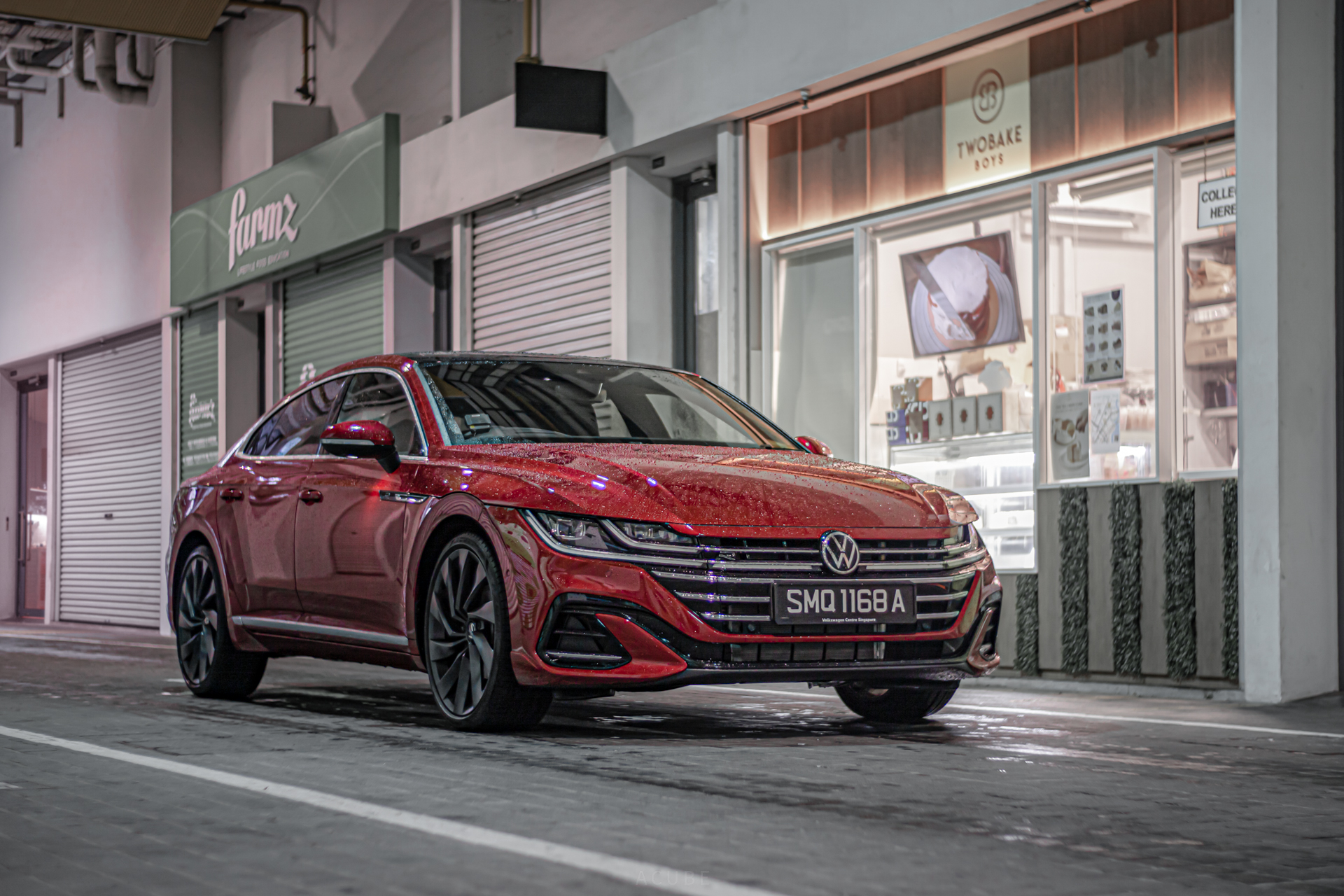 Its competitors are too focused on trying to recreate the premium car experience for its price point, that they have taken themselves far too seriously. This is a pitfall that Volkswagen has avoided, as the Arteon, whilst still being a solid overall executive saloon, still has a lot of the handling traits that you’d have grown accustomed to in their hot hatch offerings.

A fun-driving saloon with stunning looks and for (objectively speaking anyways) not that much cash - I don’t think there’s another car in its class that oozes as much character as itself!