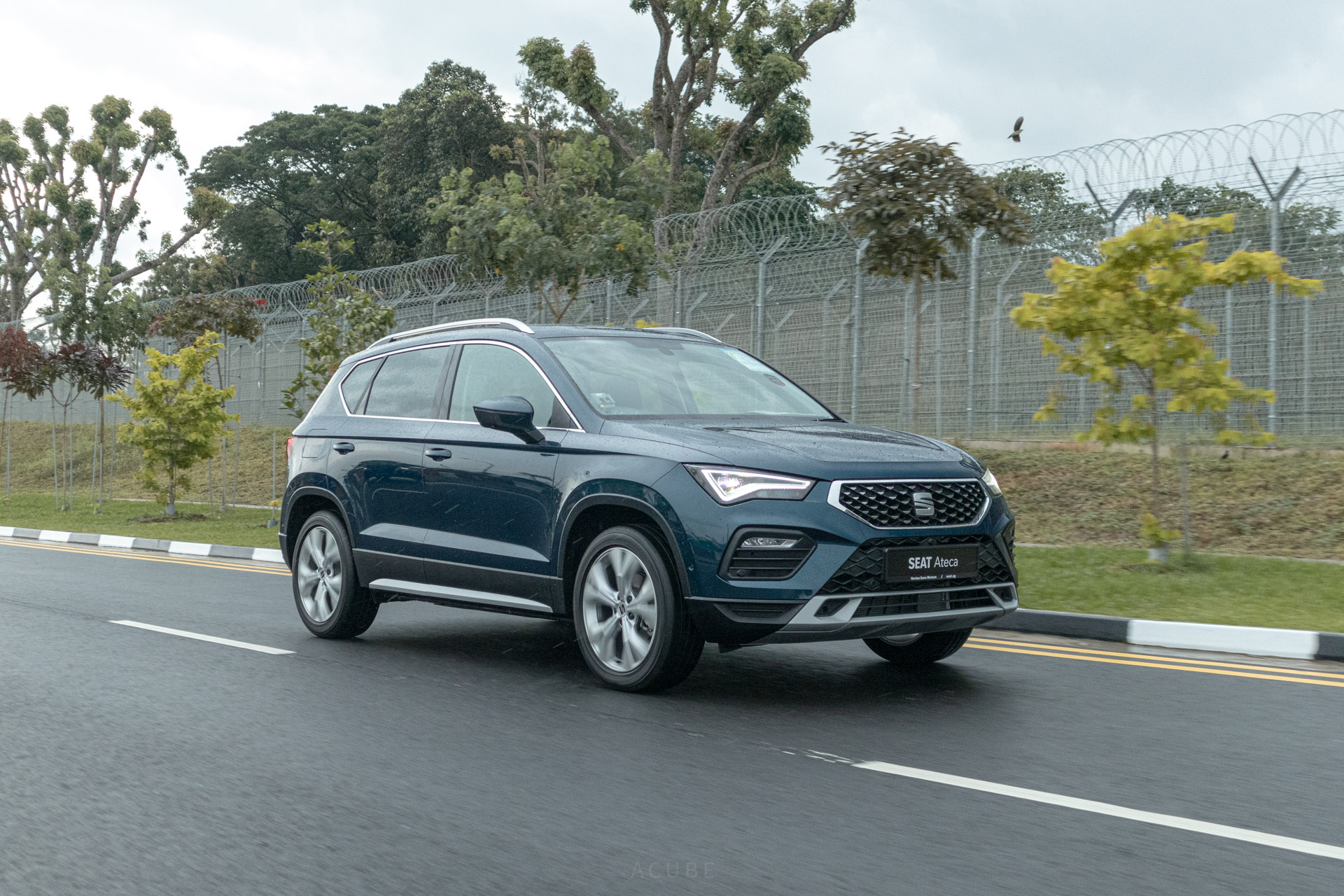 We’ve reviewed most of SEAT’s catalogue and all their cars seem to offer great value for the mass market. But they may not be the most exciting to drive.

As you'd realistically expect - the CUPRA sub-brand exists for a reason. On the outside, it certainly restrained and conservative, having the exact external appearance as the pre-facelifted Ateca. Though that’s not a bad thing; the mid-size SUV commands a good presence on the road with its muscular stature. 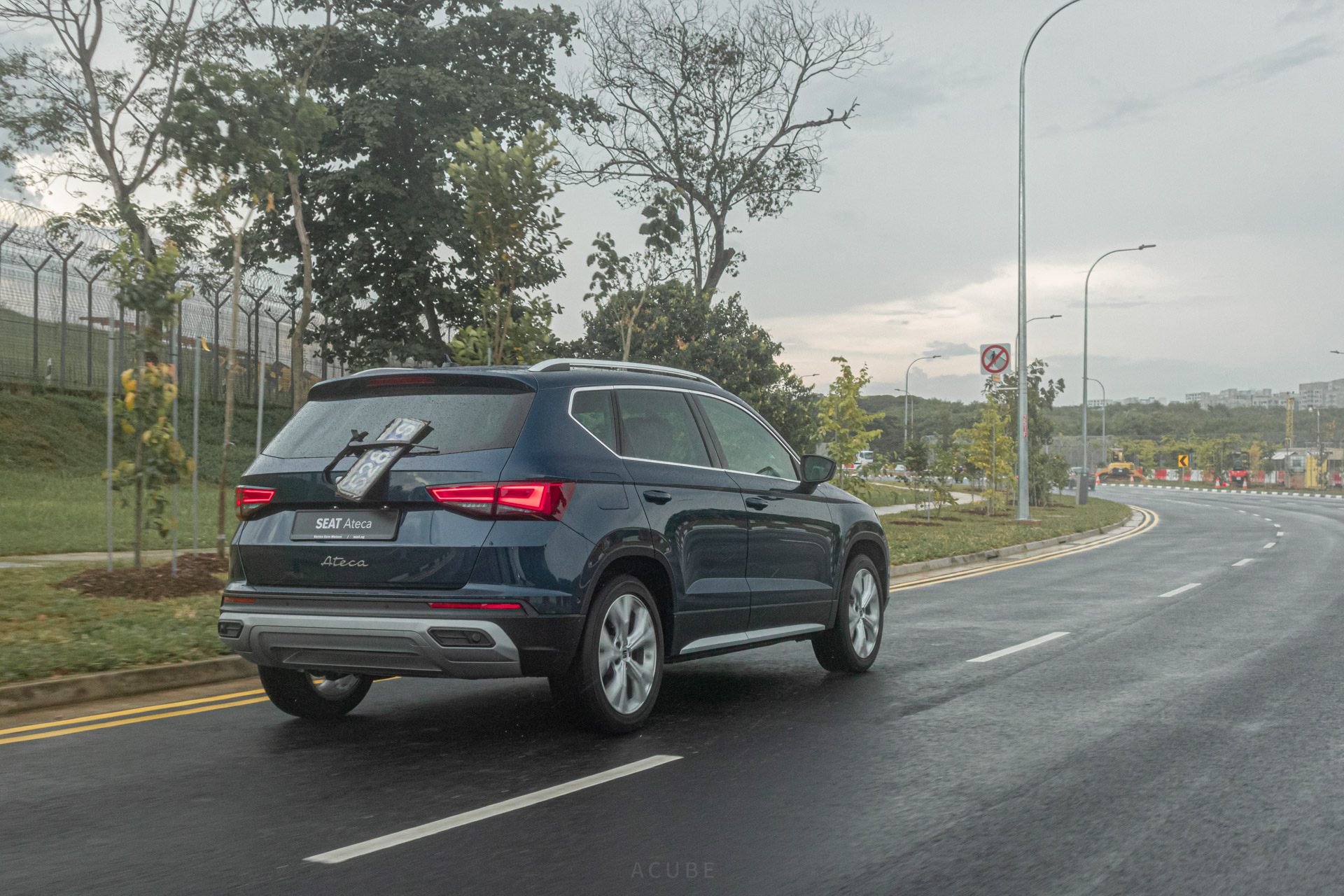 In the top-spec Xperience trim level our test car came in, we got 18” rims, chrome roof rails, LED daytime running lights, and LED lights front and rear. The Ateca also comes with a cute puddle light that reads “Hola!, so you can say hi to your car whenever you take it for a spin. 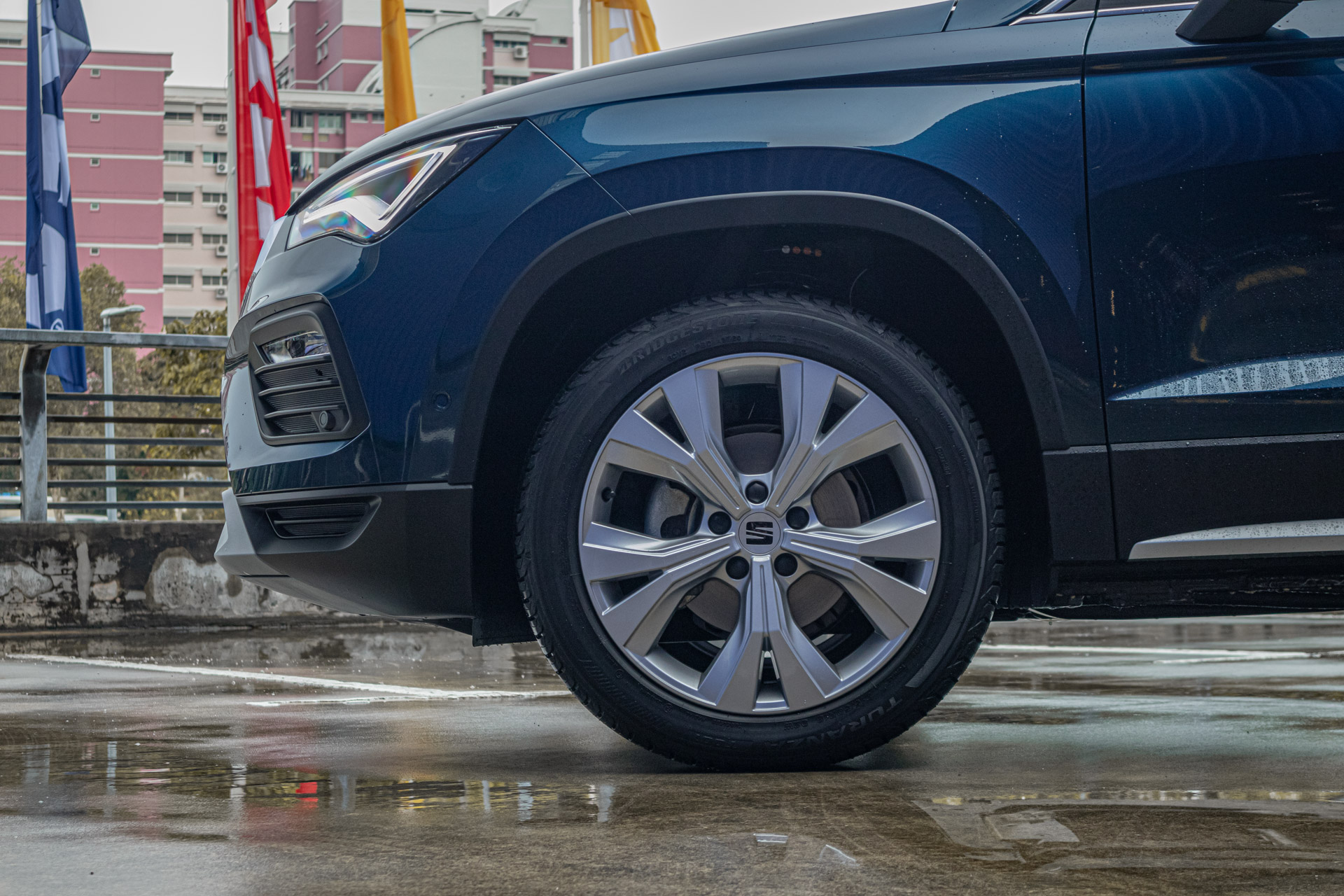 The Ateca wears the “new” heritage-style badging on its bootlid, a style that’ll be standard on all SEATs in the future - they claim it is a throwback to their classic models. The boot itself has an electric tailgate with hands-free function, so you can do the hokey-pokey to open the boot if your hands are full.

Cargo space is abundant with 485L with the rear seats up and plenty more with them lowered, although it should be noted that the rear seats don’t fold fully flat. 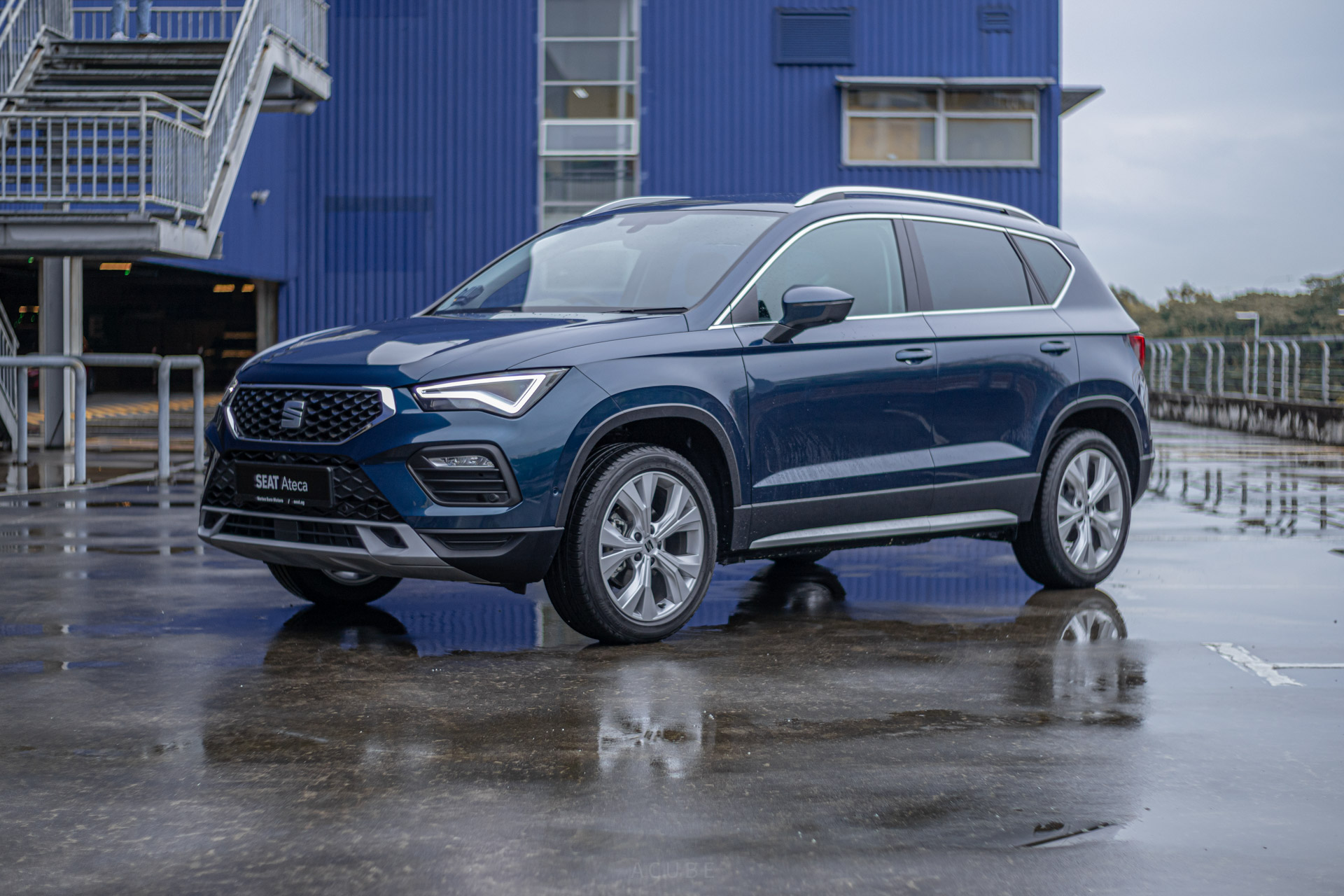 Though the Ateca has looks that would rarely warrant a double-take, it’s not what you’d call hard on the eyes. It’s got a decent look with a footprint smaller than the car actually is and some nice touches of trim give the car some extra flair. This car might seem like it’s holding back a little with its appearance, but if you want it in its full potential, there’s always the CUPRA version on offer.

The interior of the Ateca continues the theme of understated comfort. Leather seats are the material of choice for all occupants, with the rear getting USB Type C ports as well as cup holders and ISOFIX child seat anchor points. Rear occupants get ample knee room on top of loads of wiggle room for your feet under the front seats. Headroom is also a non-issue with its high SUV ceilings. 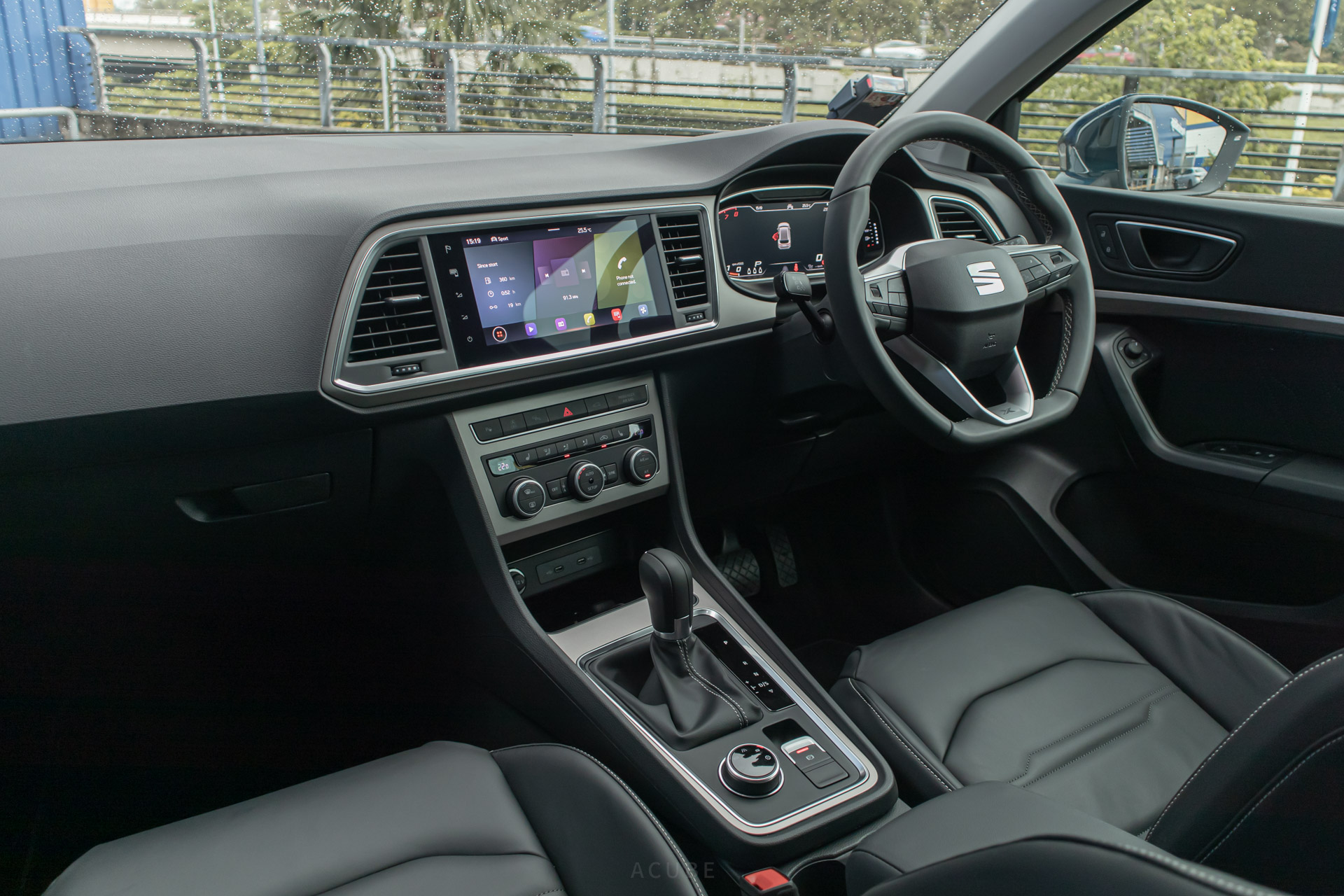 In the front, the interior is full of tried-and-proven bits and bobs from the VAG parts bin. As this specific car is a facelifted model instead of an all-new offering, it features a conventional gear lever as opposed to the small ‘nipple’ style one in the newer shift-by-wire cars from VAG. 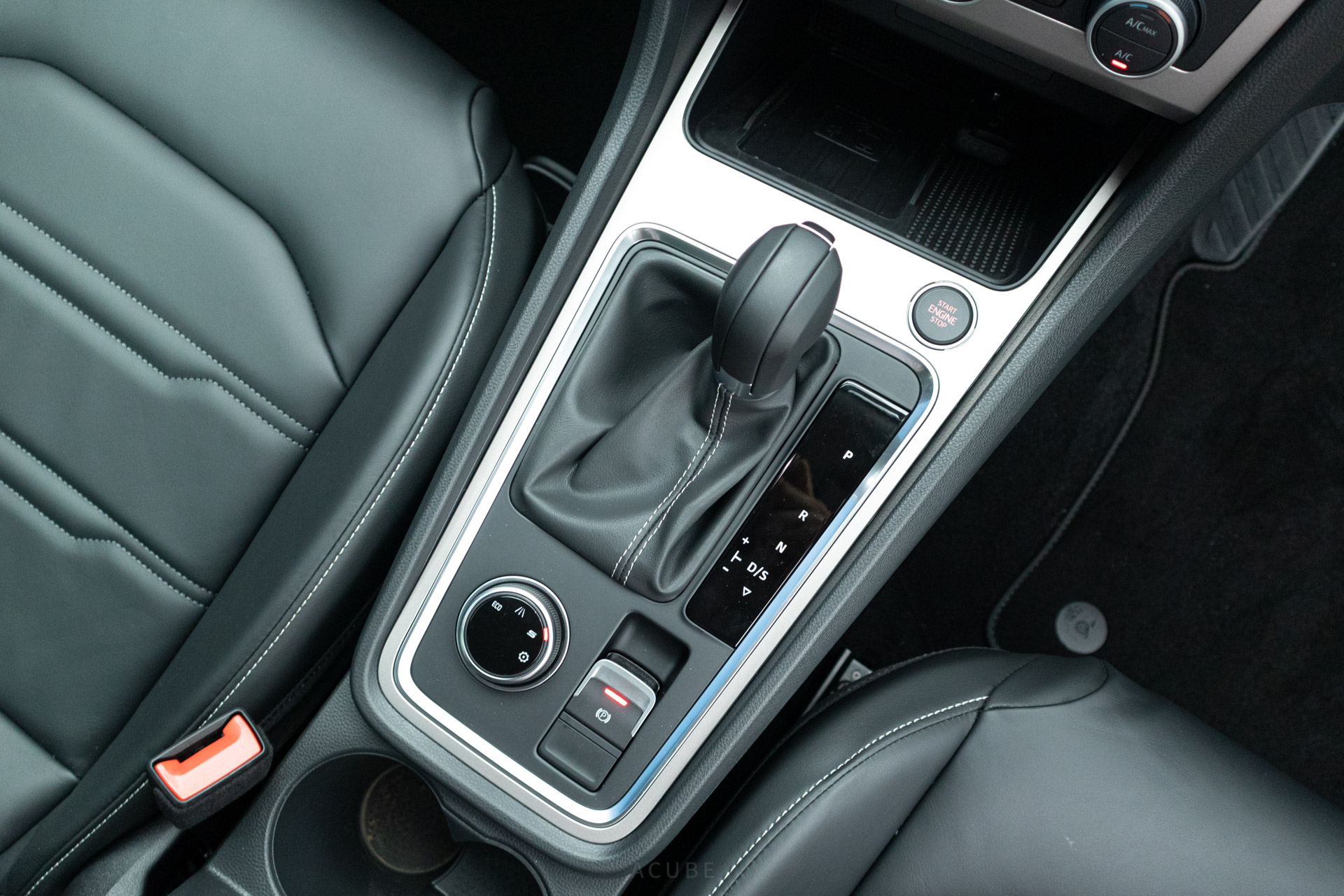 Though it might seem quite backward, the fact that it also uses physical buttons for all the key car functions is actually much preferred to the infuriating screen-heavy user experience in cars like the Cupra Leon and Volkswagen Golf. That’s not to say that this car is at all short in the screen department, infotainment is accessed through the centre 9.2” touchscreen display with Apple CarPlay and Android Auto and Seat has also included the Digital Cockpit gauge cluster for the driver (both systems work without a hitch as you might expect). 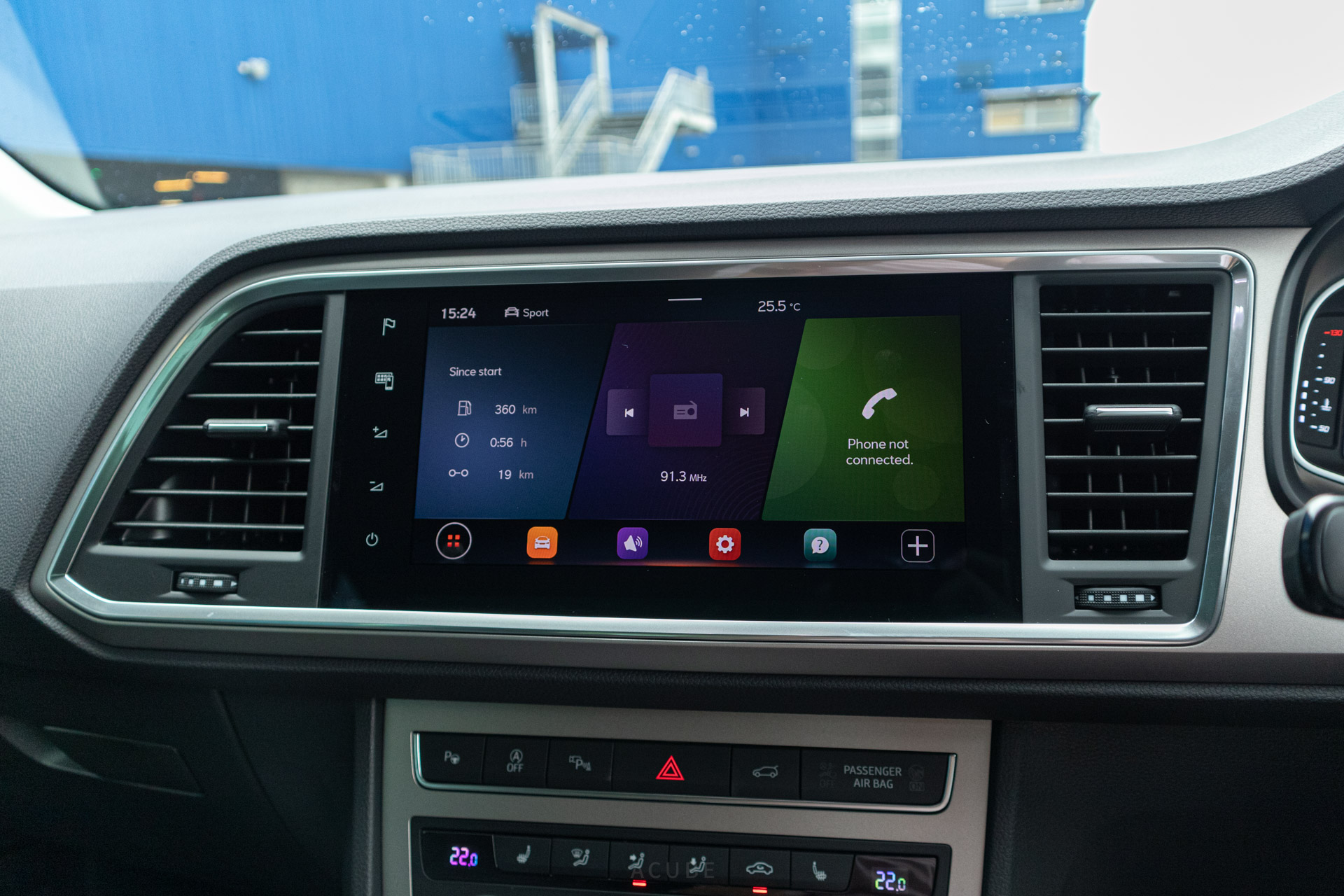 Although there is a wireless charging pad for you to charge your device, CarPlay and Android Auto aren’t wireless so you’ll likely be charging your phone through the USB Type C ports instead.

The seats themselves are comfortable and fully electric with memory function on the driver’s side but the passenger is stuck with manual adjusters. If for some reason your butt or hands feel cold (which I can’t imagine happens too often in sunny Singapore), you can always turn on the heated seat or steering wheel to warm up.

The Seat Ateca is powered by a 1.4L 4-cylinder TSI engine that makes 148hp and 250Nm of torque, enough to propel it to 100km/h in 9s and on to a top speed of 195km/h. The big difference here though is that the Ateca uses an Aisin-sourced 8-speed automatic gearbox to drive the front wheels instead of the 7-speed DSGs usually found in VAG offerings. 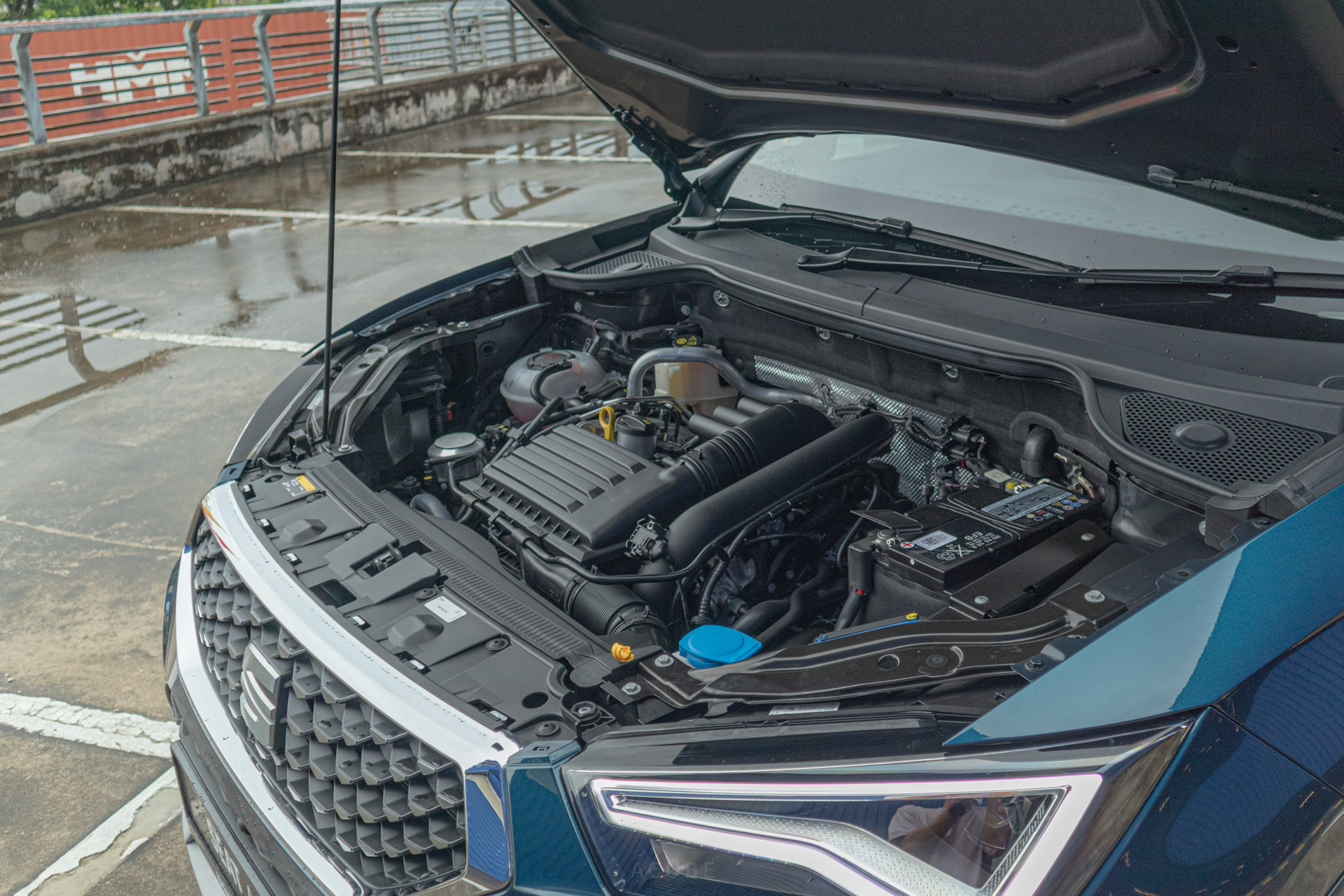 This doesn't mean much for the average driver beyond slightly improved fuel efficiency (I achieved about 11.5km/l), as you’d be hard-pressed to feel the difference anyhow; shifts are still snappy, and gear engagement smooth.

Power delivery is pretty punchy in the low end which helps the Ateca in its main job scope of driving around town and on expressways. On expressways, the adaptive cruise control also came in handy to take the stress out of driving, especially in heavy traffic. There are actually different drive modes for offroad usage on terrains such as snow and rock although I would bet my life savings that no Singaporean buyer will ever use those. 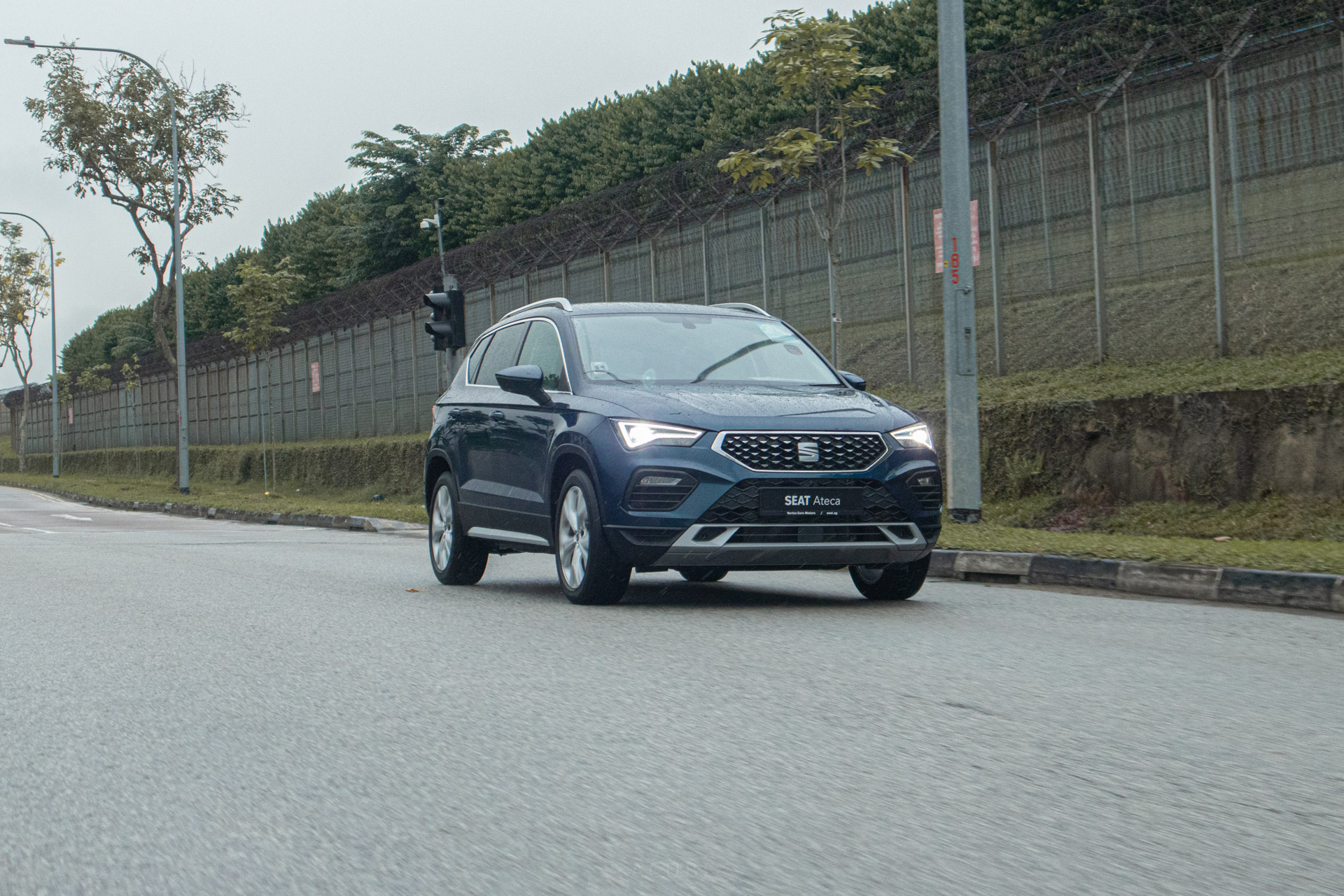 The suspension is supple and copes admirably with road imperfections and helps give the occupants a calm, quiet ride. If you do decide to get jiggy with the Ateca, this non-Cupra version is actually still quite engaging to drive. Steering is light and provides okay feedback and I felt like it had a footprint that belied its size which made it easy to place.

Overall the SEAT Ateca might not blow your socks off with its performance characteristics, but it is very safe. There is no boat-rocking to be seen here and SEAT has once again delivered a product where you know exactly what you’re going to get. In my opinion, these are not bad traits for a mass market vehicle targeted at the average family man, if anything they are benefits. 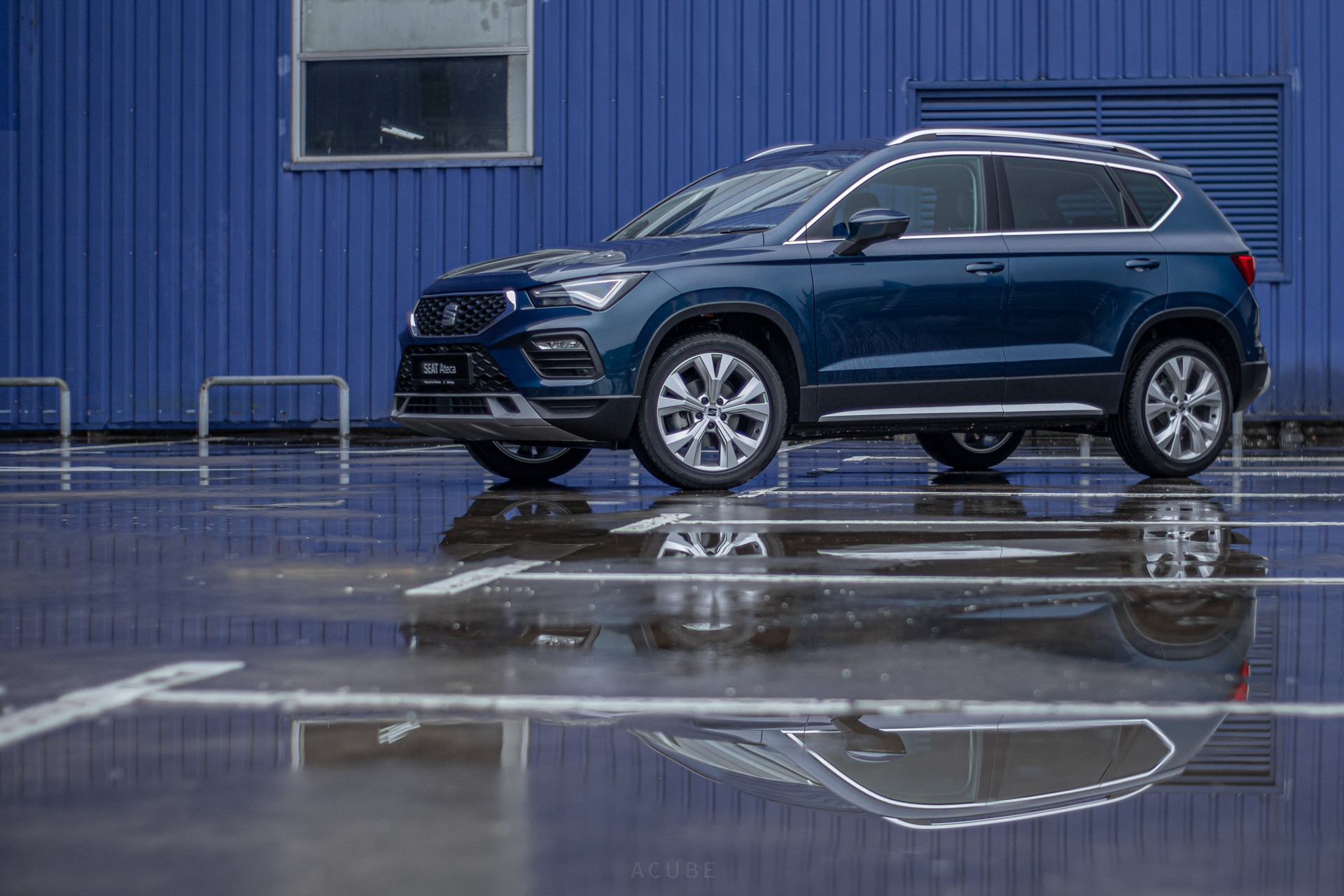 I foresee these cars being used mostly for school and grocery runs with the occasional family trip up North. And in all of those use cases, I foresee the Ateca chugging along without so much as a hiccup in proceedings. The S in SEAT might as well stand for Safe.

If you want to see the new SEAT Ateca for yourself, you can head down to the SEAT Centre to book a test drive now!