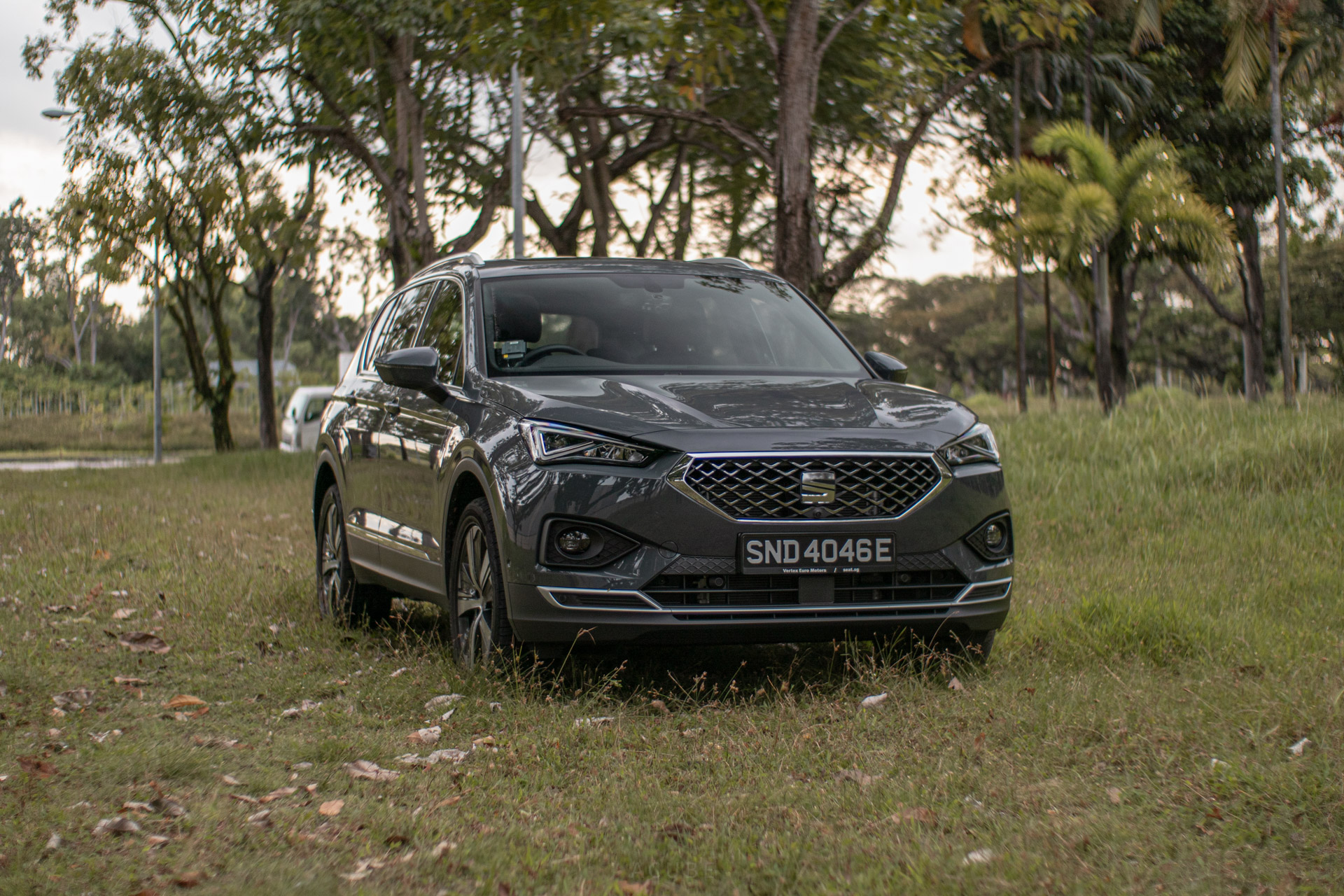 The Tarraco is SEAT's entry into the hotly contested mid-size crossover market. With Germanic underpinnings, third-row seating and a frugal powerplant, could this actually be the pick of its class?

Perhaps. That's probably the best way to put it. It's no secret that the Spanish automaker is helmed by the boffins at Volkswagen, also heavily relying on the corporate parts bin to manufacture their cars too. But to just what extent does the Tarraco raid the Volkswagen catalogue?

Well, with it essentially being a reskinned Volkswagen Tiguan, you'd come to realise that the doors and even most of the interior is very similar, if not identical to its more expensive German-badged cousin.

As is corporate policy in the Volkswagen-Audi Group (VAG), cars that are based on the same platform are to be manufactured in the same factory regardless of its badge. This is why it makes sense for these vehicles to not only share the same basic underpinnings, but a lot of the actual interior and body panels too. The Tarraco in question therefore, is built alongside the aforementioned Volkswagen Tiguan, and Skoda's Kodiaq. 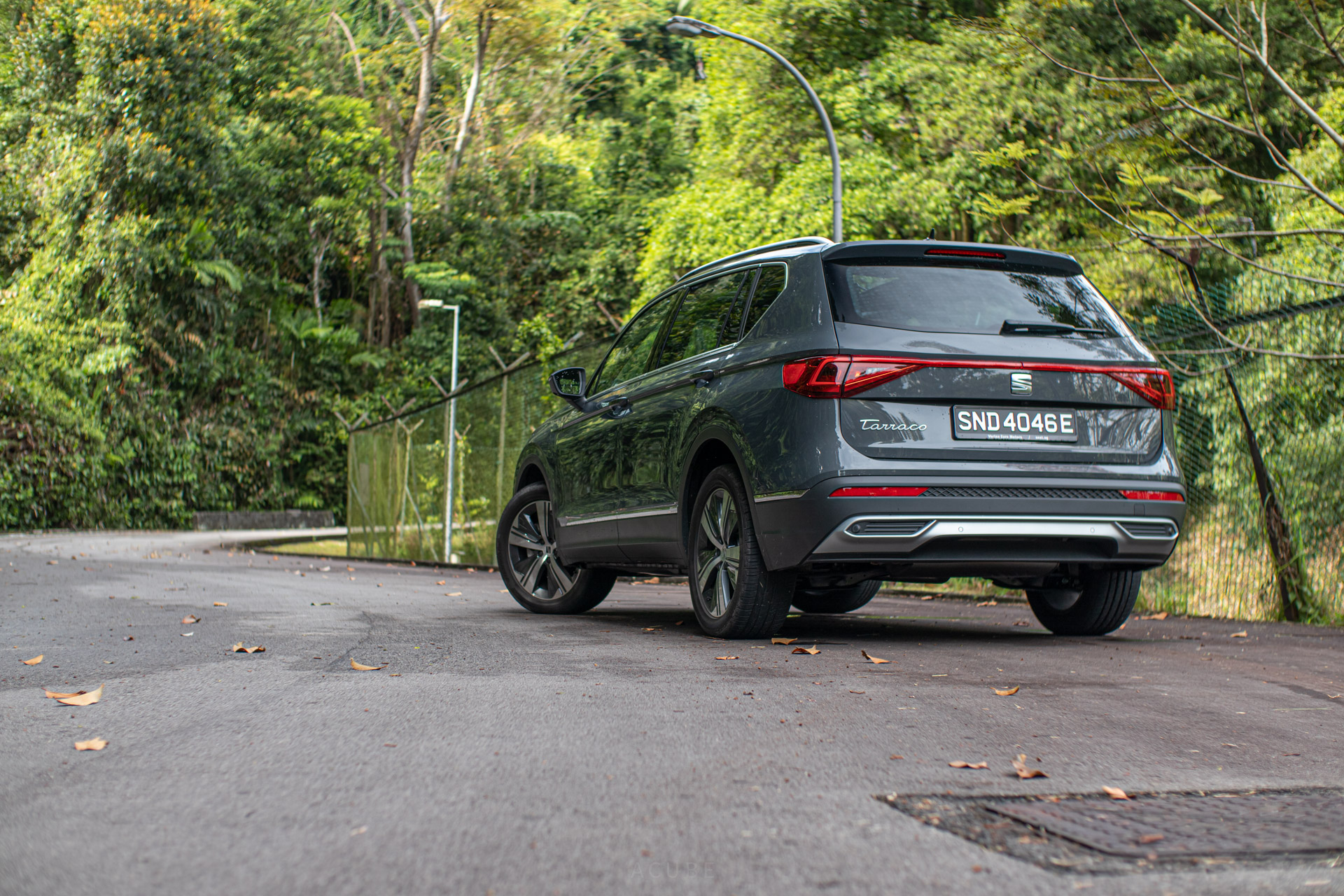 Stylistically, you can tell that the three cars are intended for slightly different target markets. The Tiguan, with a more storied badge and restrained styling, appeals more to those seeking prestige. The Kodiaq’s butch-er styling appeals to perhaps the more outdoorsy-type.

The Tarraco is undoubtedly the sportiest sibling of the trio, with CUPRA-lite cues littered throughout the front and rear fascias of the vehicle that are easy on the eyes and that appeals to a wider target audience.

Its Germanic bones have been clad with some Spanish flair. Bits that cannot realistically be drastically altered - think the overall body structure, much of the glasswork and the four doors on the car, have been lifted straight from the Tiguan.

The designers then set to work making these shared components work really well with SEAT's corporate design language. It's really the work SEAT has done to the front and rear end styling of their iteration of VAG SUV that really sets it apart from the other two cars it shares so much with. 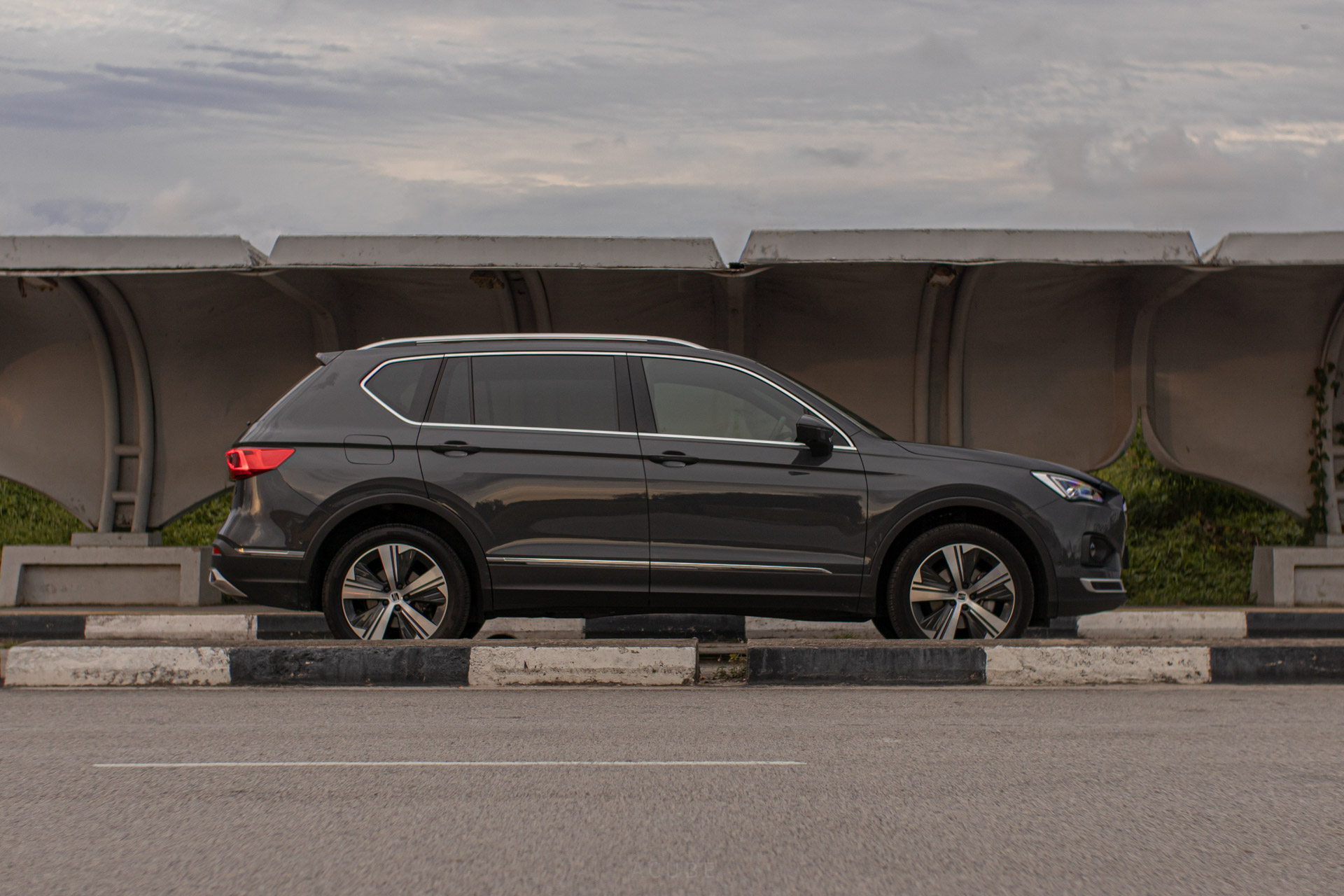 We can start with the Tarraco’s sleeker headlights, which pairs really nicely with SEAT’s corporate grille. The designers seemingly have an obsession with polygonal cues, carrying this stylistic ethos into the lower half of the bumper. Some of the trim in this area have been painted in a colour-contrast shade for additional emphasis. 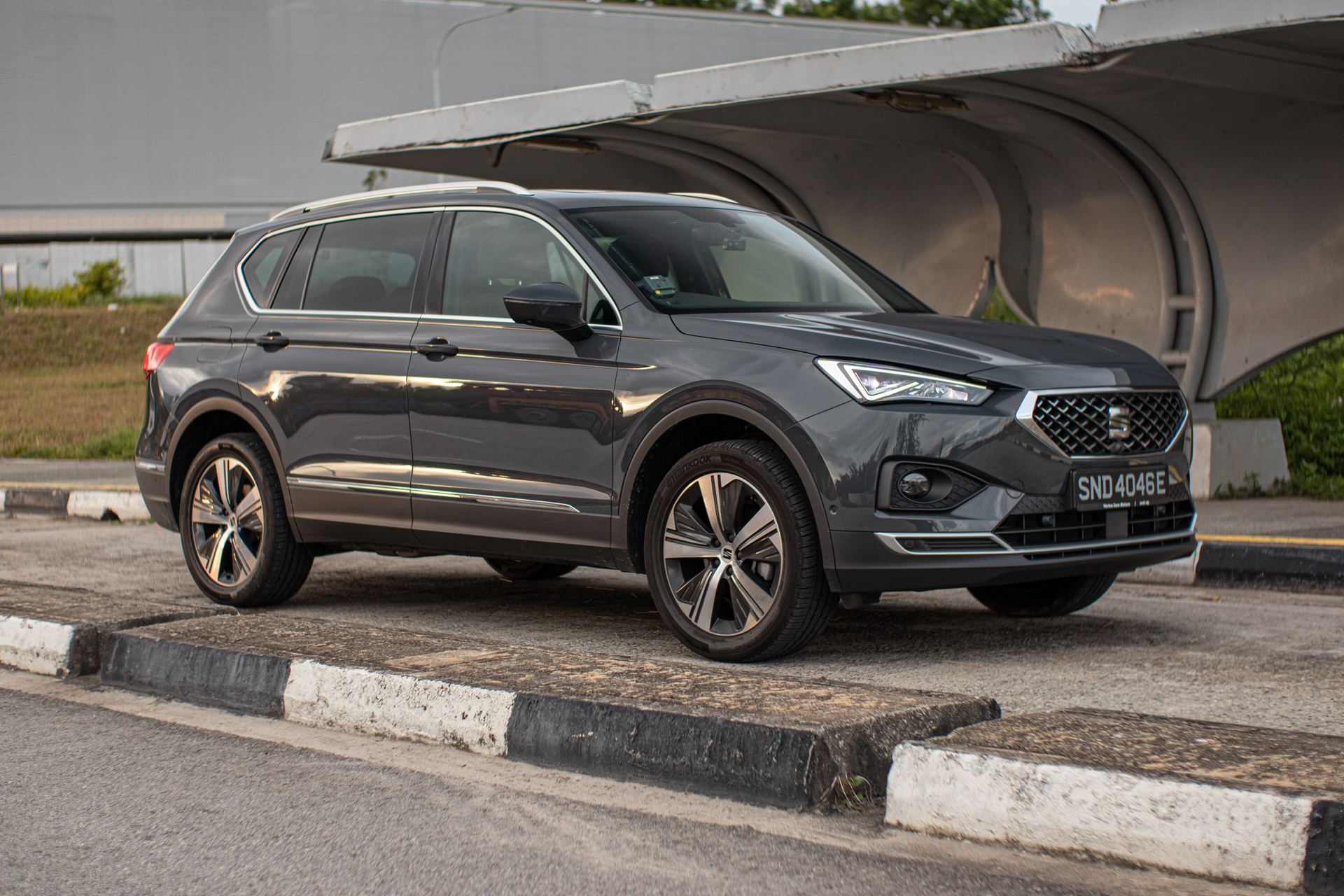 Round the back, the Tarraco has been adorned with a faux diffuser-cum-exhaust-finisher trim panel. Whilst we question the ongoing trend of adding these elements to cars that really shouldn’t logically sport them, you can’t deny that it does help to ‘finish off’ the cars visually. This is also the only car of the trio to sport a light bar, which really goes some way into making it look more expensive than it really is.

"The Tarraco is undoubtedly the sportiest sibling of the trio, with CUPRA-lite cues littered throughout the front and rear fascias of the vehicle that are easy on the eyes and that appeals to a wider target audience."

Perceived quality is excellent - afterall, it's really Spanish in name only. It's also refreshing to see a car maker not obsess over the addition of contrast trim panels with unnecessarily overcomplicated designs. The Tarraco wears its plain silver-coloured trim panels smartly. 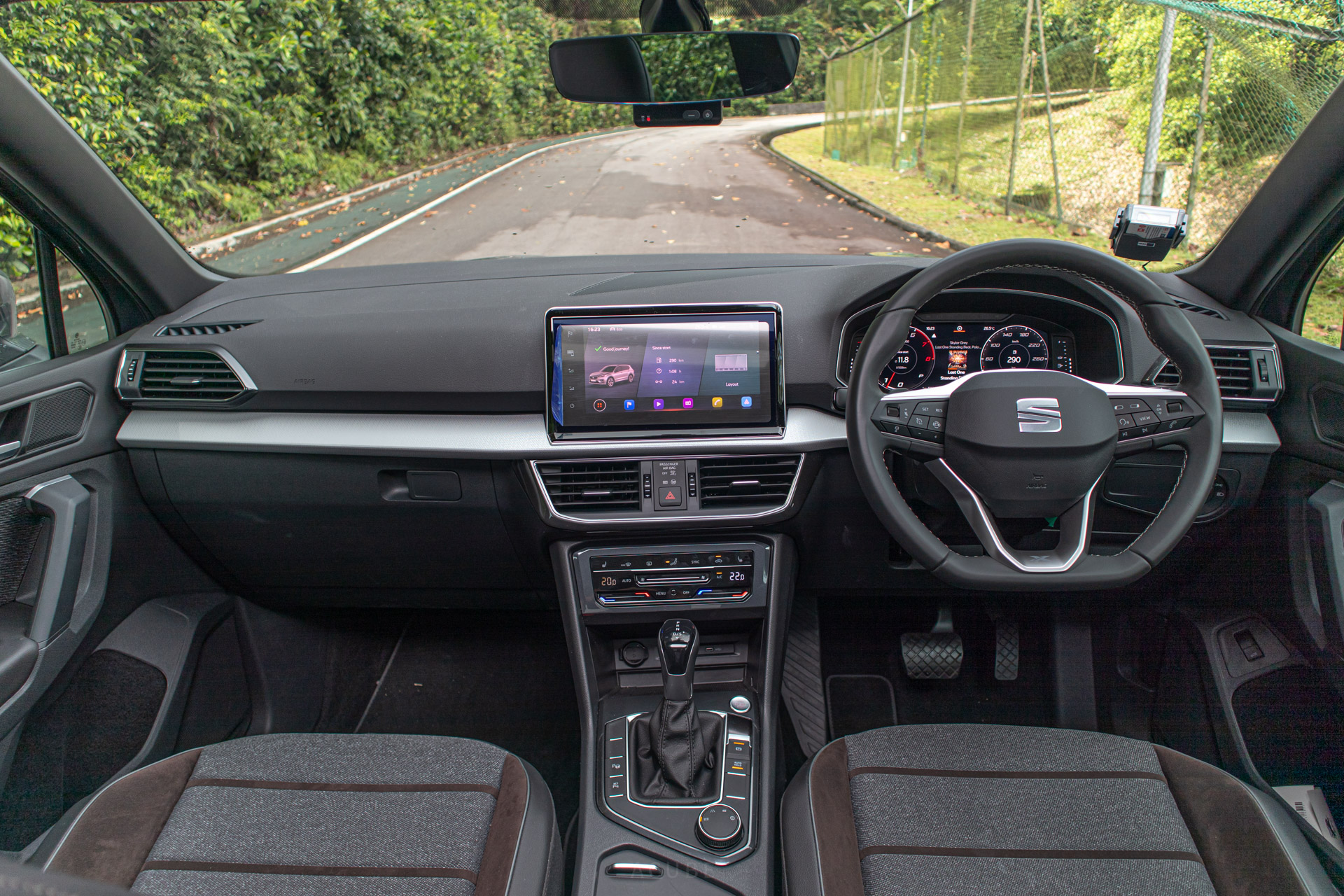 As with the Tiguan, there is an over-reliance of capacitive touch buttons for the climate control, which makes it really annoying to use when you are on the move. But that's about where the grievances end on the inside.

For more visual impact perhaps, SEAT has opted for a 'stuck-on tablet' infotainment screen. With heavily reworked on-screen graphics, and handy shortcut options on the home screen, this is one of the better implementations of the new VAG screen. Volume controls for your stereo can be adjusted through steering wheel-mounted tactile rotary switches, which are the exact units you'd find in a more expensive vehicle from Ingolstadt.

All things considered, we feel that the SEAT actually has the (marginally) better interior. The stuck-on tablet infotainment screen looks more in-line with what the rest of the industry is currently doing, and the omission of piano black plastics in favour of some gloss gun-metal grey surrounds can only mean a more durable and scratch-resistant interior. 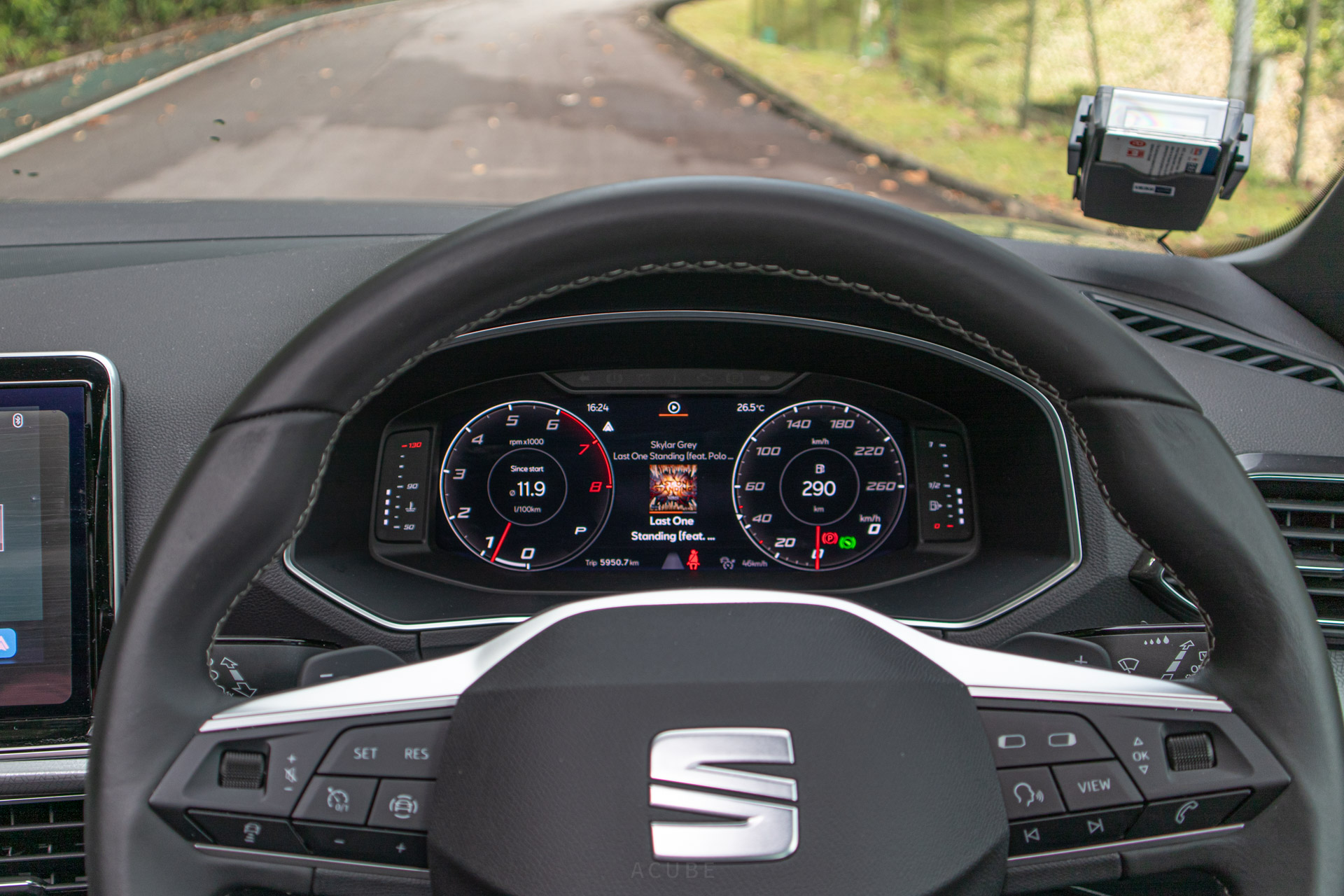 Front and middle row passengers will have no problem finding a comfortable sitting position, as the car is fairly generous with space both actual and perceived. However, this isn’t really a true seven seater and more of a 5+2, as the last row seats are really only for small children. Also, with them up, the car has little-to-no usable boot space.

You don't buy an SUV to go on spirited drives. It will handle all of your daily-driving needs just find, with its suspension straddling the line between comfort and competency to a tee. You'll have a comfortable ride, in a car that isn't unruly should you come across a sequence of twisties.

The omission of the complex All-Wheel Drive system means you'll not be taking this SUV off-road (it's not like anyone in Singapore regularly needs their cars to do so anyways!). Where it pays dividends though, is in its fuel economy and handling. Slight clutching at straws here, in this trim level, it does feel ever so slightly more agile than the 2.0-litre AWD variant. 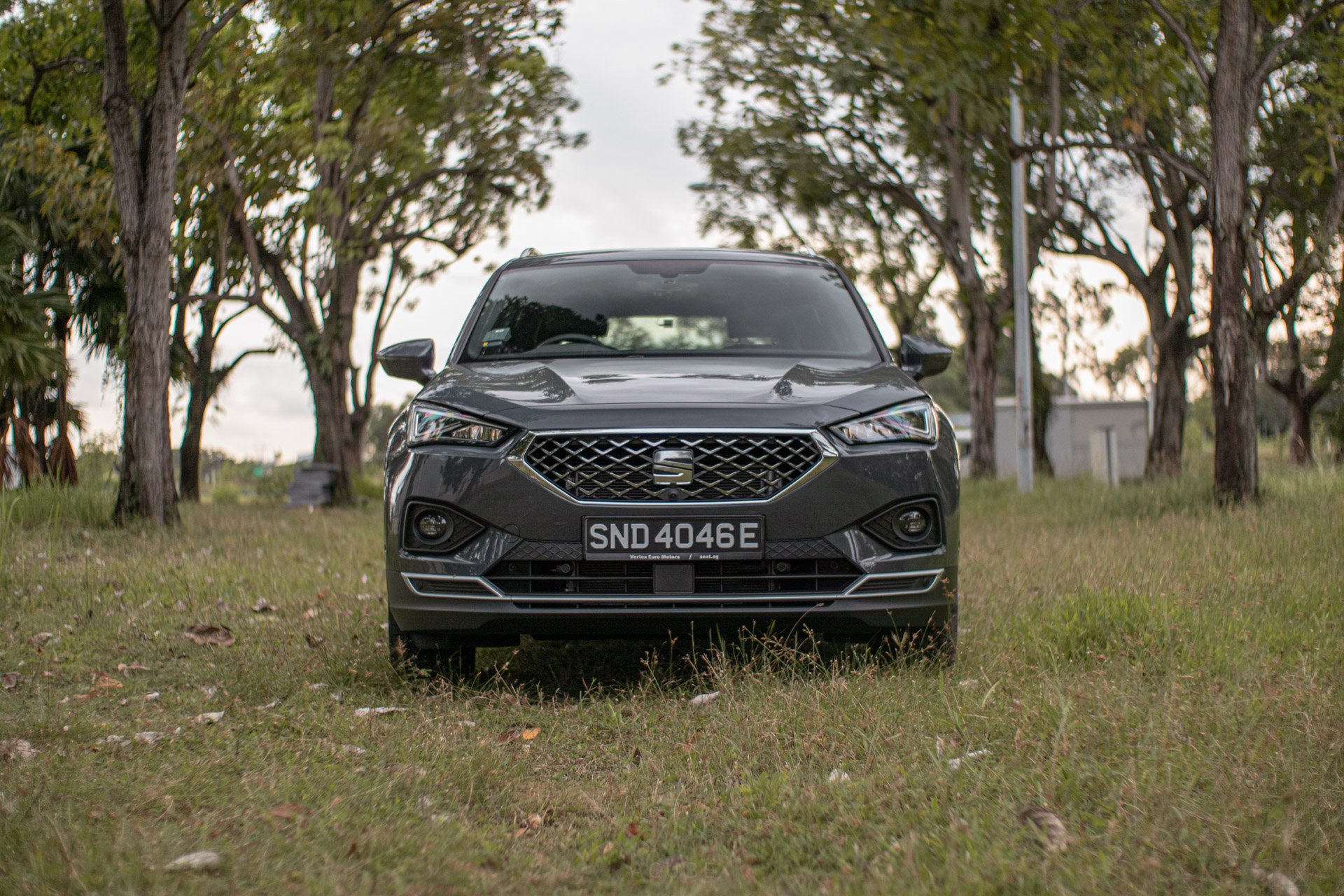 Opting to equip this model with a 1.4-litre Volkswagen lump means you do obviously have less power overall. Unlike the relentless surges of torque in the 2.0-litre, the lack of poke is evident lower in the rev range before the turbochargers have had a chance to spool up. This issue wanes as the turbos come on song, but off boost, the car can feel a tad sluggish and cumbersome on the road. 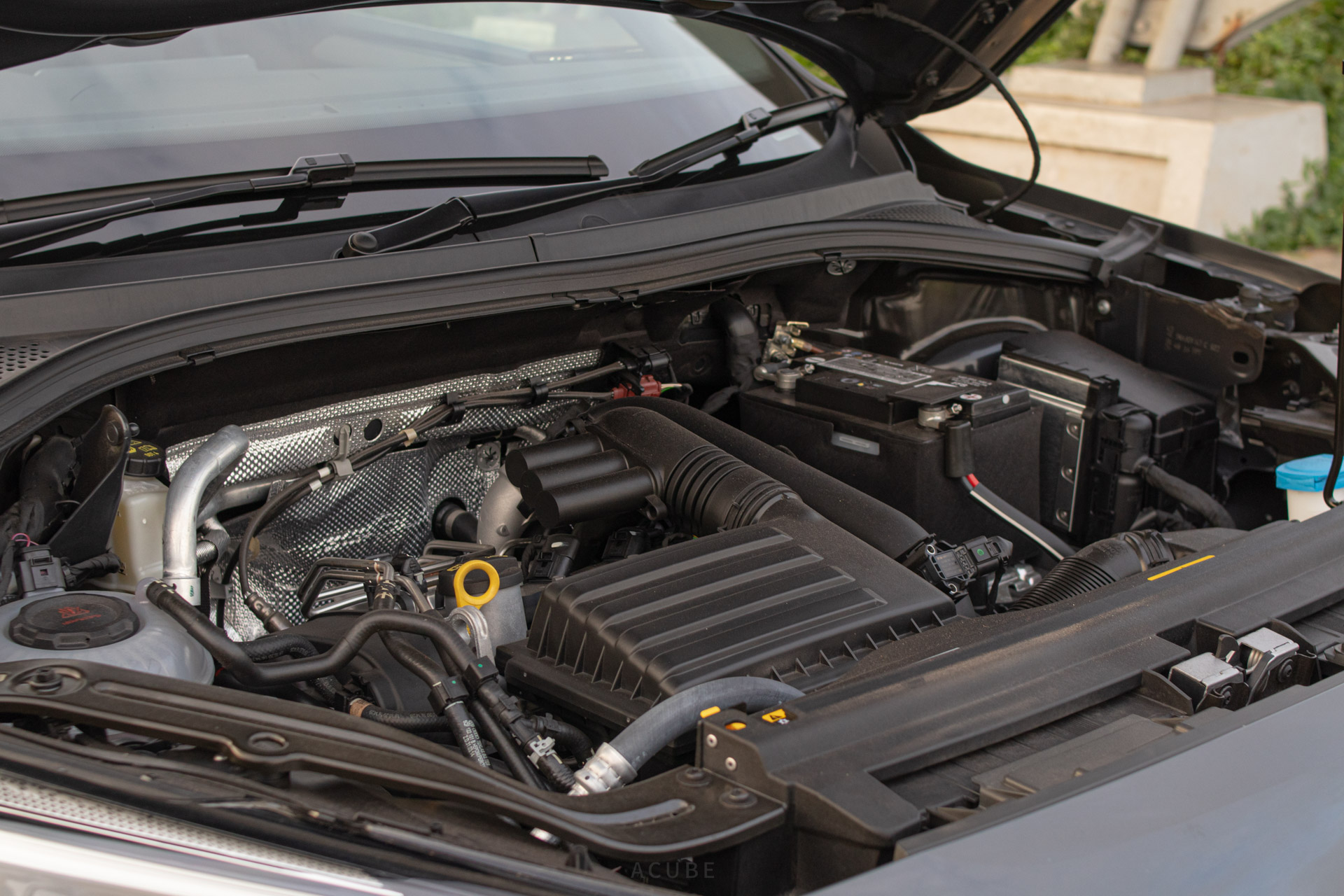 The Pick Of The Trio?

All things considered, the Tarraco makes a really compelling case for itself. It is a large, practical and affordable European SUV developed by the largest automotive conglomerate in the world, and fitted with tried-and-tested components.

The improved fuel economy from its smaller engine - about 10km/l compared to the 7.5km/l in the 2.0-litre Tiguan, will make you forgive the car's less potent drive when it comes time to fill up, especially with fuel prices as high as they are right now. 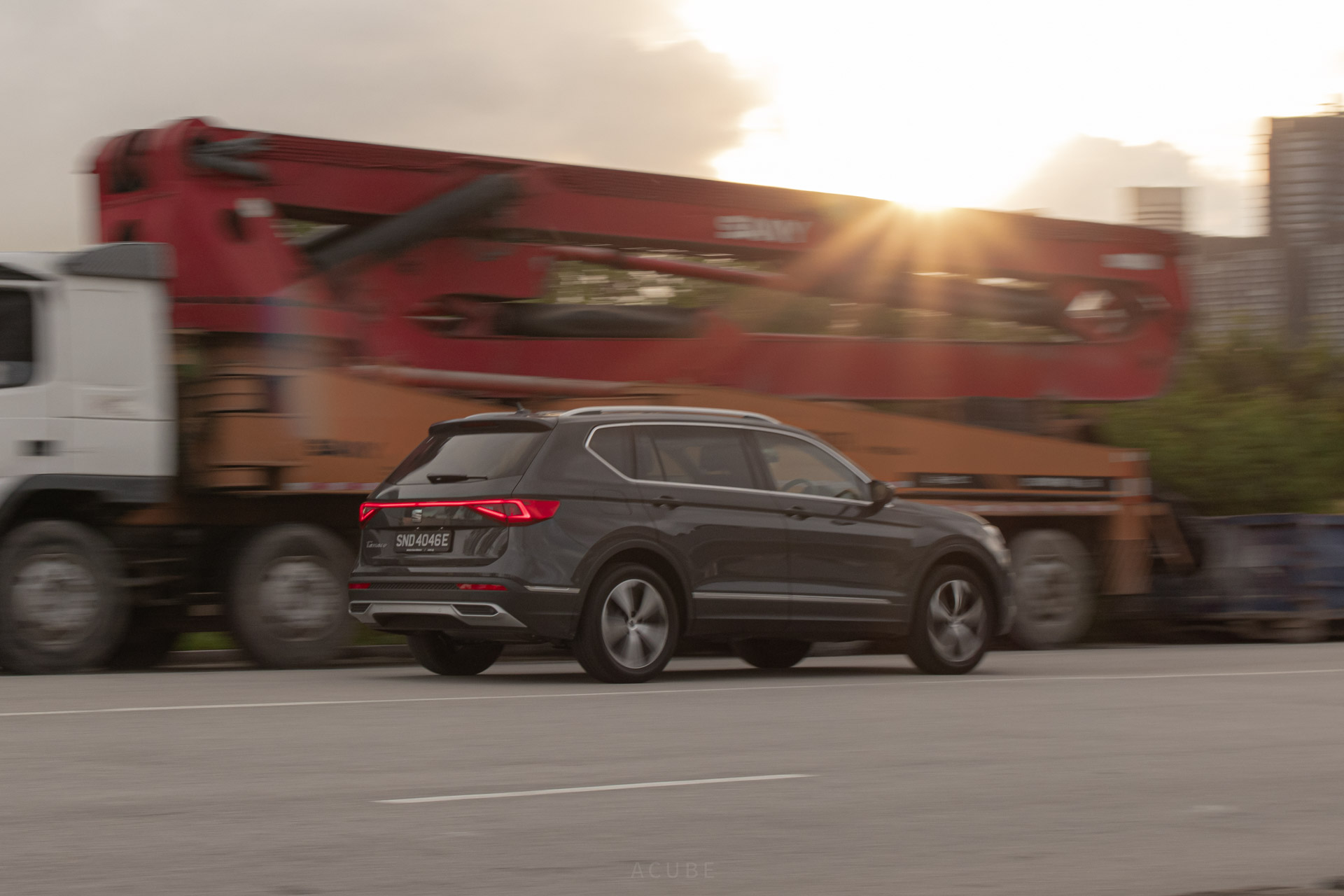 A TLDR - if you’re looking for a competitively-priced German SUV, buy Spanish!