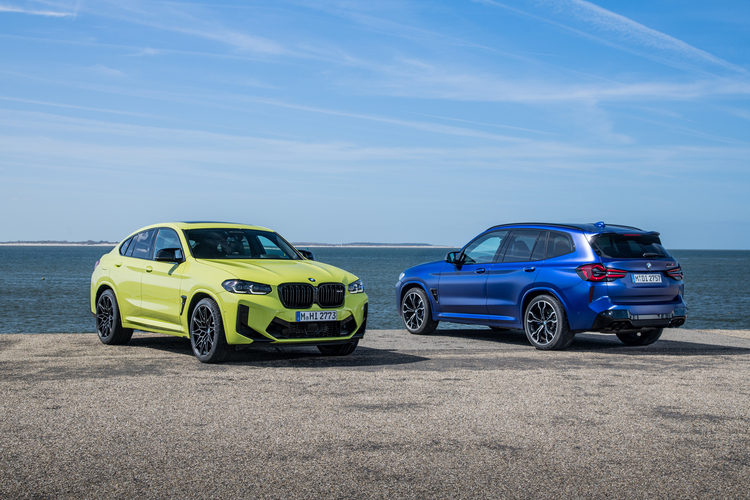 Alongside their launch of the new X3 and X4, BMW is also refreshing their high-performance counterparts.


If performance is something you are after, look no further than the all-new BMW X3 M Competition and X4 M Competition. Both cars promise increased driving performance and power over their regular variants. 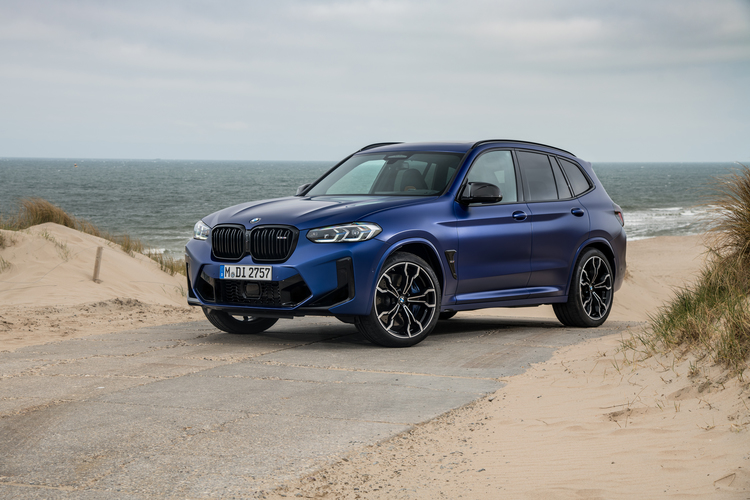 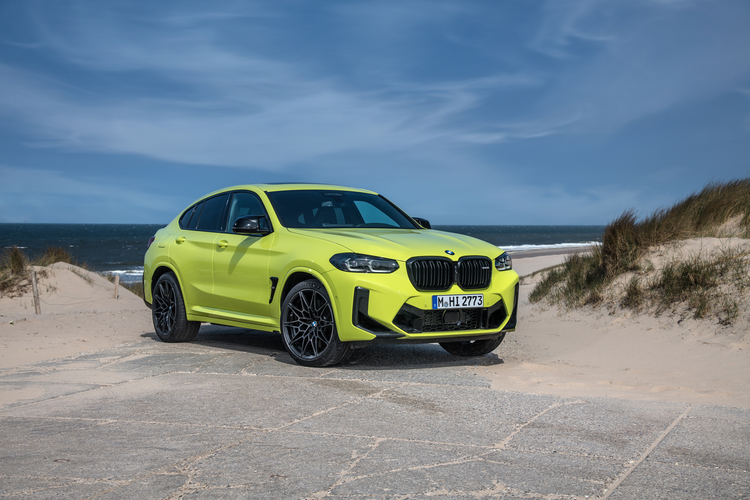 The new BMW X3 M Competition and BMW X4 M Competition have the distinct enlarged BMW kidney grille and headlights that are around ten millimetres flatter, drawn from the likewise refreshed BMW X3 and BMW X4.

In addition to the standard adaptive LED headlights with Matrix function, the BMW Laser Light will also be available as an optional extra. A particularly striking feature is the new, vertically arranged and elongated side air intakes. 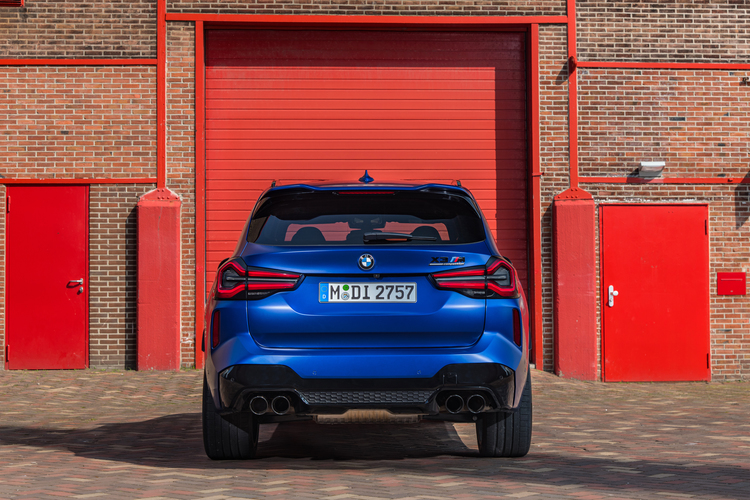 The BMW X3 M Competition has the full LED rear lights of the refreshed BMW X3 with a black surround and narrower illuminated graphics. The large diffuser is flanked on the right and left by the tailpipe pairs of the M sports exhaust system, which are finished in black chrome. 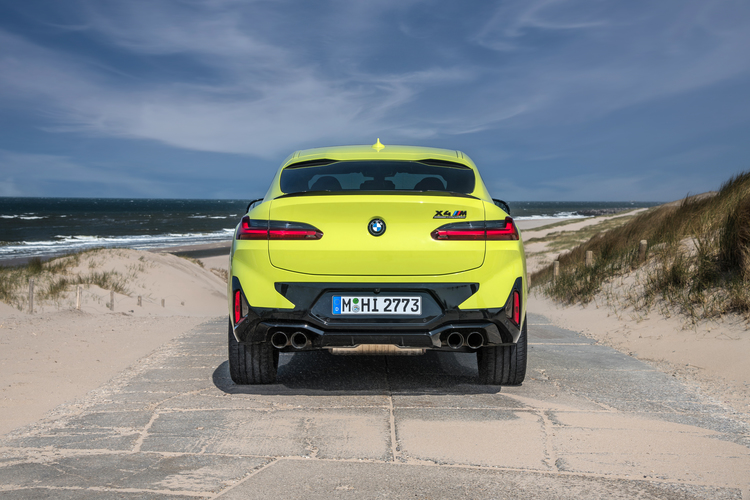 In addition, a wide range of BMW Individual paint finishes are available for the first time,, such as the matt finish Frozen Marina Bay Blue metallic. 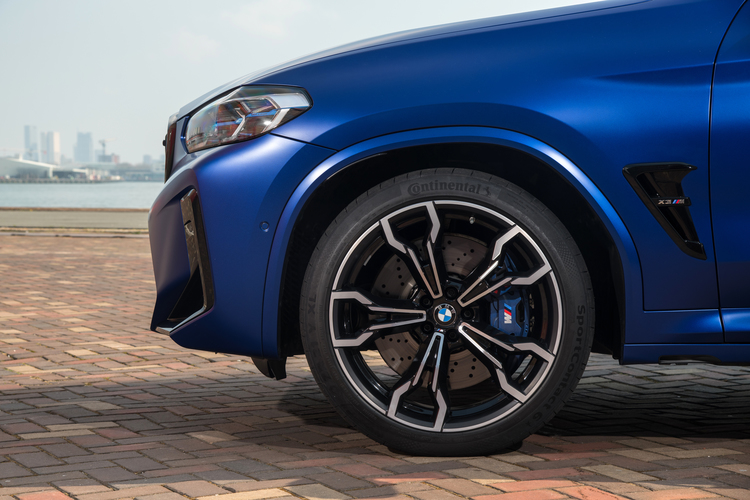 The performance characteristics of the BMW X3 M Competition and the BMW X4 M Competition are complemented by the high efficiency of the standard M compound brake system. The brake callipers bear the M logo and are finished in blue as standard or in high-gloss black or red on request.

The models also include 21-inch wheels with mixed tyres in 255/40 ZR21 at the front and 265/40 ZR21 at the rear. One new feature is the M forged wheel 892M Star-Spoke in Jet Black burnished, which saves 2 kilograms of weight per wheel. 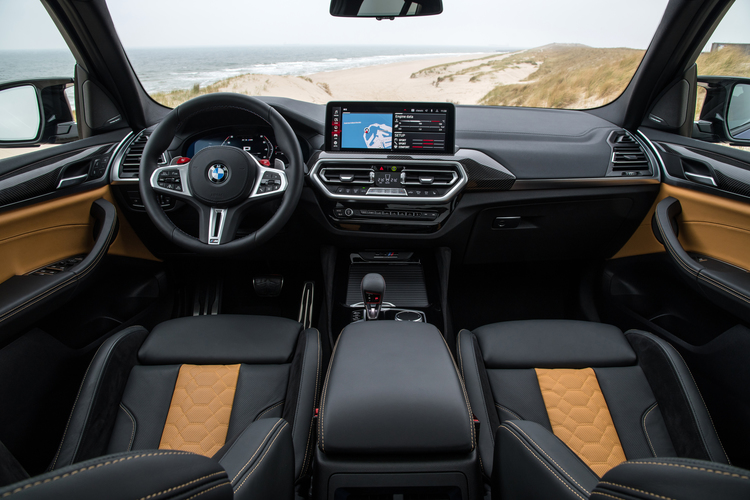 The air vents have new galvanised trim, and the interior trims are now finished in dark Rhombicle aluminium as standard. The M leather steering wheel with multifunction features contrast stitching in the BMW M colours, and an open 6 o'clock spoke. A Harman Kardon surround sound system now comes as standard for a superb audio experience. 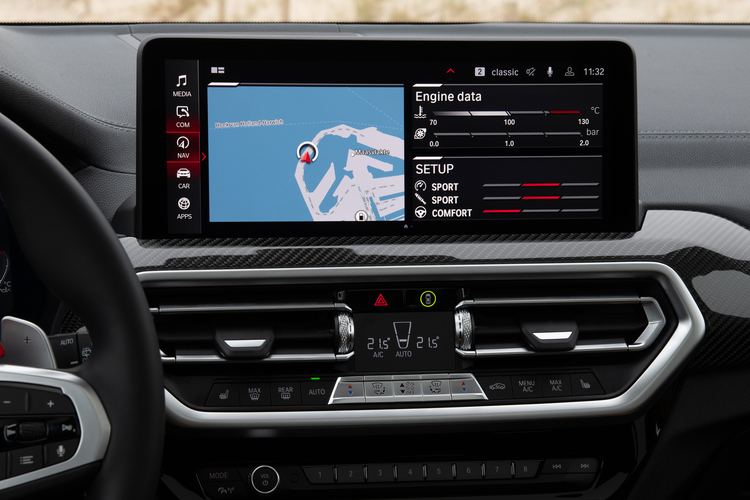 The new BMW X3 M Competition and the new BMW X4 M Competition come equipped with BMW Live Cockpit Professional, including Connected Drive as standard. The system offers a fully digital display network, with the high-resolution instrument cluster behind the steering wheel and the Control Display, each being 12.3-inches diagonally.

Another standard feature is optimised smartphone integration. Both models support Android Auto and Apple CarPlay, which can be utilised for various tasks such as navigation or content browsing. The BMW Intelligent Personal Assistant can now also be used to regulate the air conditioning, open and close the windows and change driving modes. 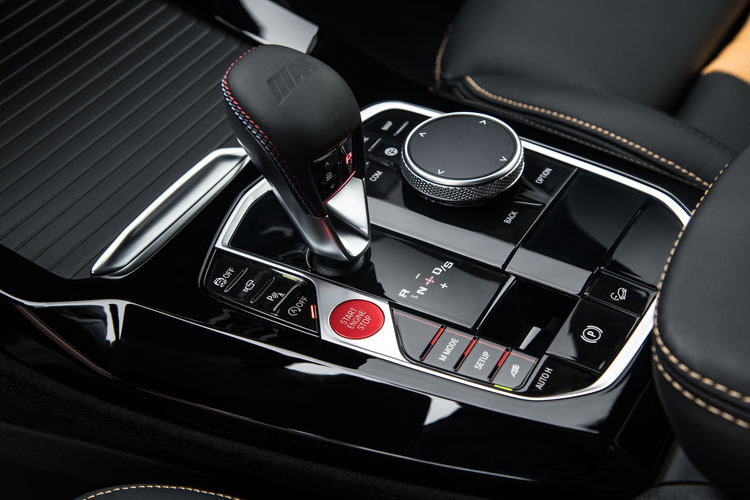 Originating from the current BMW M3 and M4 models, the newly designed control island on the centre console includes two new buttons in addition to the specific M gear selector, the BMW Controller and the red engine start button.

The set-up button provides direct access to all settings options for the engine and suspension. Two individually configured variants of the M set-up can be permanently stored and retrieved at any time using the two M buttons on the steering wheel. 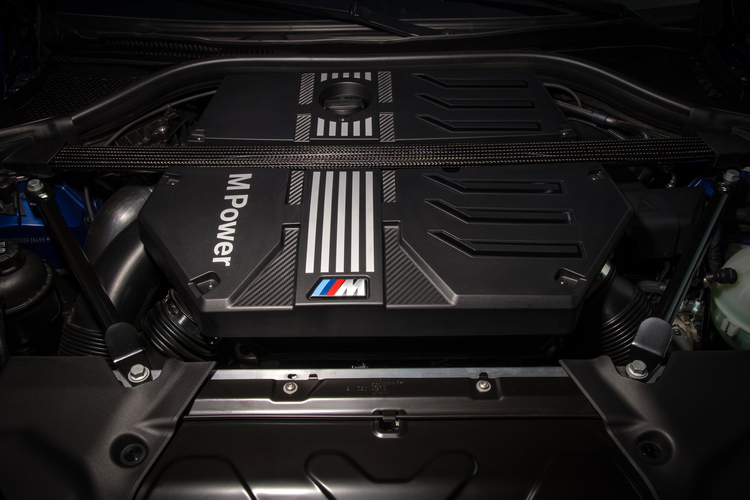 With maximum torque increased by 50 Nm to 650 Nm and a new forged lightweight crankshaft, the output is a healthy 375 kW/510 hp, enabling a 0.3-second improvement in the sprint time from 0 to 100 km/h to 3.8 seconds. The top speed is electronically cut off at 250 km/h. This can be increased with the optional M Driver’s Package to 285 km/h.

The in-line 6-cylinder engine’s racetrack-proven cooling system is designed to enable an exceptionally high level of output and includes two laterally positioned radiators in addition to the central one. There is also an additional engine oil cooler and a separate transmission oil cooler. 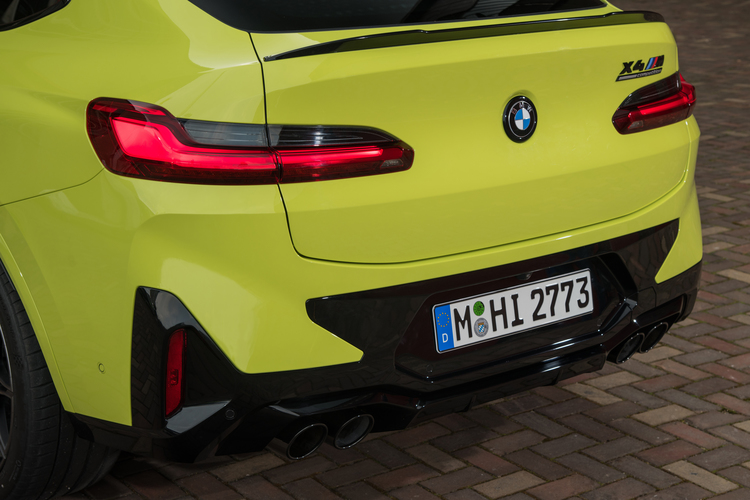 The standard M sports exhaust system in the BMW X3 M Competition and BMW X4 M Competition enriches the engine sound characteristic of BMW M automobiles with the addition of a distinctly sonorous quality, especially when under intense load and at high engine speeds. 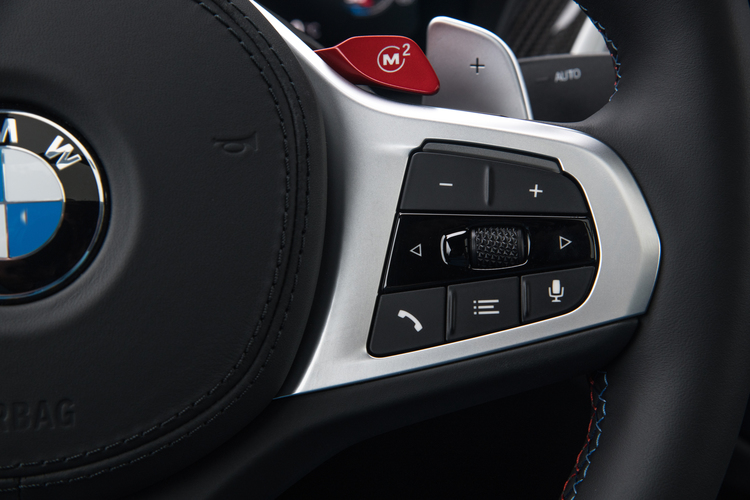 Power is transmitted to the rear wheels via an 8-speed M Steptronic transmission with Drivelogic. In addition to fully automatic gear changes, it also enables manual shifting with sequential selection of the drive position.

In addition to the new M gear selector in the centre console, shift paddles on the steering wheel are also available for this purpose. 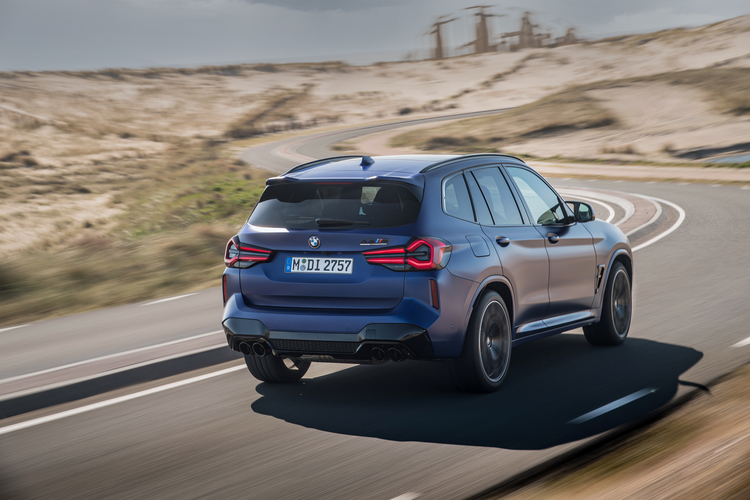 The standard adaptive M suspension with specific set-up and electronically controlled dampers ensures both a high level of day-to-day comfort and extremely direct road contact, with limited wheel and body movement. The damping forces are ideally suited to cope with every situation on the road and set individually for each wheel at continuously varying levels by means of interior electromagnetically controlled valves.

The basic characteristic of the dampers can be influenced at the touch of a button. The electromechanical M Servotronic steering and DSC (Dynamic Stability Control) also contribute to the typical M driving experience.

The optional Parking Assistant Plus now also includes the reverse assistant. Parking Assistant Plus uses Park View, Panorama View and 3D Top View to create a 360-degree image of the vehicle and its surroundings from various perspectives. Meanwhile, the driver can have a three-dimensional live image of their vehicle and its surroundings transmitted to their smartphone by means of Remote 3D View. 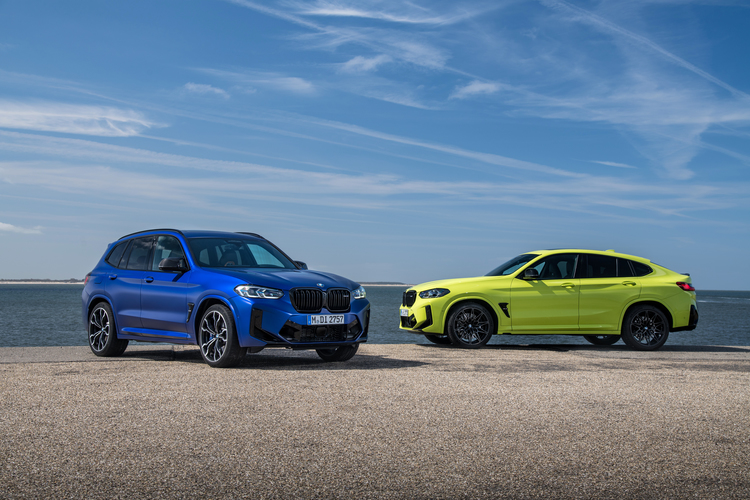 While pricing for these performance monsters have not been revealed at the time of this press release, BMW has indicated that they will start production in August 2021, alongside the regular BMW X3 and X4.