Inconsiderate Drivers of the Week: Episode 58 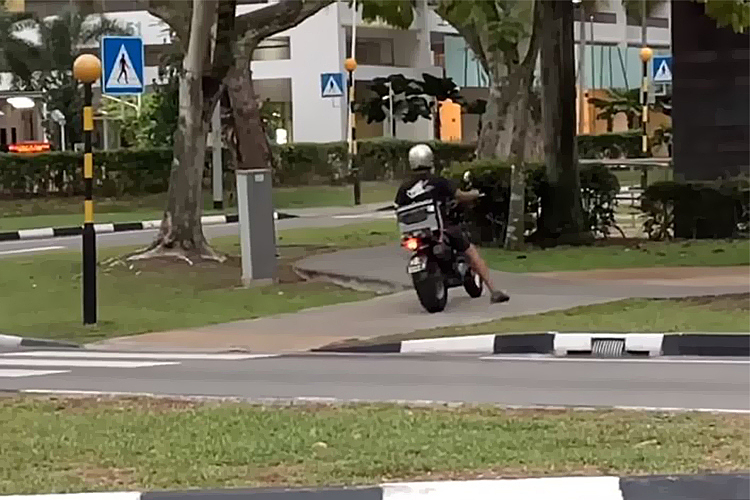 In this episode of Inconsiderate Drivers of the Week, we feature reckless lane changes and drivers who think they’re more entitled than others.


As mentioned in many other episodes of Inconsiderate Drivers, larger vehicles like trucks and buses have blind spots where they can’t see smaller vehicles who are driving beside them. Many of these drivers don’t check their blind spots either, which end up resulting in accidents.

Like in this video, a private bus can be seen suddenly switching lanes, barely missing a red Honda. The driver of the Honda was alert and managed to swerve out of the way in time. The bus then drives back into its original lane.

The second driver on this list who doesn’t pay attention to the roads and switches lanes recklessly. It’s super dangerous to change lanes without checking if the lane is clear; you’d be endangering yourself as well as others.

The video above shows a blue and white van driving left to right, going back and forth between lanes, before colliding with a biker at the 0:43 second mark. The motorcyclist loses control of the bike and ends up slipping, hitting the road barrier.

The van then stops at the road shoulder further in front. We hope the biker has a speedy recovery and that the van driver will be less distracted when driving.

3. Motorcyclist Rides Across Pedestrian Crossings, then Drives on Footpath


Now, we’ll be moving on to some drivers who think they’re "entitled" just because they’re on the road. While it may be fun to watch movies like Fast & Furious, it’s really not practical to act like you’re in a movie when you’re driving.

The video above shows a motorcyclist cutting into the pedestrian crossing while the light is green, and then cuts to the biker driving over a zebra crossing and onto the footpath. If Personal Mobility Devices (PMDs) can be banned on footpaths, why does this biker think driving his motorcycle on the footpath is any less dangerous?

4. Volvo Drives In Opposite Direction to Take a Shortcut


We know it can be troublesome to drive until a U-turn point even though your destination is on the opposite side of the road. Although, you agree to be a responsible driver when you take your driver’s test.

The driver of the Volvo in this video, however, thinks it’s completely fine to drive in the opposite direction just so he can get to his destination. At the right-turn lane, the Volvo does turn right, but drives forward to the building standing there.

If there was any traffic flow, the Volvo would probably have gotten into an accident. But just because there was no oncoming traffic doesn’t make this driver’s actions acceptable.

5. Volkswagen Drives On Road Shoulder to Overtake Others


We also acknowledge that getting stuck behind cars in a traffic jam is infuriating, but that doesn’t give us the right to break the rules just to cut the queue. There are markings on the road to inform drivers of where they can or cannot drive, but what if drivers don’t heed these markings?

The video shows a Volkswagen driving on the road shoulder in order to cut the long queue of cars, which is both rude and illegal. Road shoulders are not meant for drivers to drive on; it is considered an offence.

Did you know we have a Motorist Telegram Channel? Created exclusively for drivers and car owners in Singapore, you can get instant info about our latest promotions, articles, tips & hacks, or simply chat with the Motorist Team and fellow drivers