Inconsiderate Drivers of the Week: Episode 50 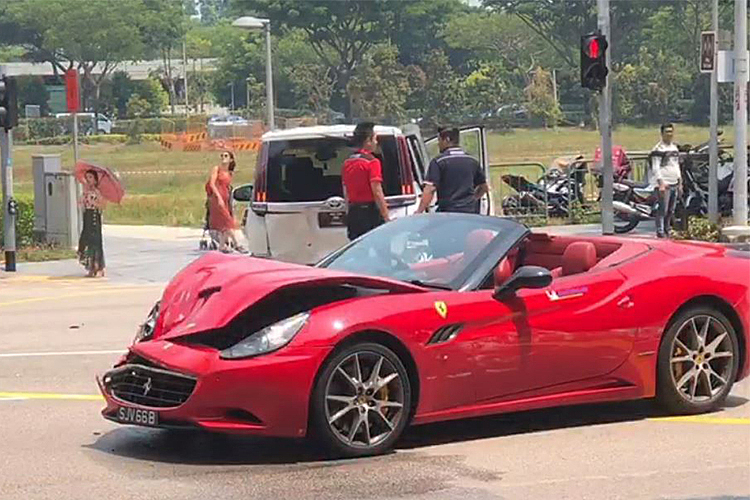 
In this episode of Inconsiderate Drivers of the Week, we feature red light beaters, distracted drivers and a couple of hit-and-runs.

Traffic lights exist in Singapore for a reason, so that vehicles will stop and give way to other vehicles. They allow us to have a harmonious driving experience in Singapore. But why do so many drivers still feel the need to beat red lights?

As you can see in the above video, the lorry starts to speed up from a distance away, trying to beat the red light, which he does. Thank goodness the camera car stopped, if not it would have resulted in a terrible accident.

2. Grey Van Switches Lanes and Collides With Motorcyclist, Then Flees the Scene


The first of two hit-and-runs on this list. There’s so much to unpack in this video, but let’s get to it.

In the video, a grey van is driving on a lane which leads to a long queue of cars. Wanting to avoid this, the van switches lanes without checking, colliding with a motorcyclist driving down that lane. The motorcyclist didn’t react in time, therefore leading to him spinning out of control and falling off his bike. It also appears that a part of the bike could’ve broken off during the fall.

You can see that the driver of the van hesitates a while before eventually driving off, qualifying this as a hit-and-run accident.

Thank goodness that the motorcyclist doesn’t seem to be badly injured! Several people, including another motorcyclist, stopped to check up on the victim to make sure that he was okay. Shout out to them for looking out for their fellow motorist!

Why do so many drivers not check the roads before switching lanes? So many accidents have been caused by these kinds of reckless drivers!

In this video, there is a slight jam up ahead, causing a red TransCab taxi to get impatient and switch lanes. Thanks to his fast reflexes, the driver of the camera car hit the brakes, narrowly missing the taxi. The taxi then proceeds to drive off on his merry way like nothing happened.

4. Distracted Driver of a White Volkswagen

There’s nothing worse than a distracted driver. If you don’t feel well enough to be driving, or would like to watch a video while travelling, please take public transport! Paying two dollars for travel is so much safer than driving on the roads, as you’d be a danger to others and to yourself.

It’s unclear what the driver in the White Volkswagen was doing, but whatever it was, it blocked the camera bike behind him. The car wouldn’t move either until the camera bike honked, but then it stopped again at the junction, even though the roads were clear for the driver to turn. Well, at least the car’s turn signal was blinking.

It’s really important to make sure that the coast is clear when you’re making a turn, as well as to watch out for vehicles that are turning. Both the drivers of the Toyota Altis and the Ferrari didn’t do this, and thereby caused this major accident at Bayfront Avenue.

Pictures featured in the video shows that the front of the Ferrari was badly damaged, and so was the back of the white vehicle. According to The Straits Times, a woman was injured and taken to hospital following the accident. It’s unclear which car belonged to her, but we wish her a speedy recovery!