Inconsiderate Drivers of the Week: Episode 31 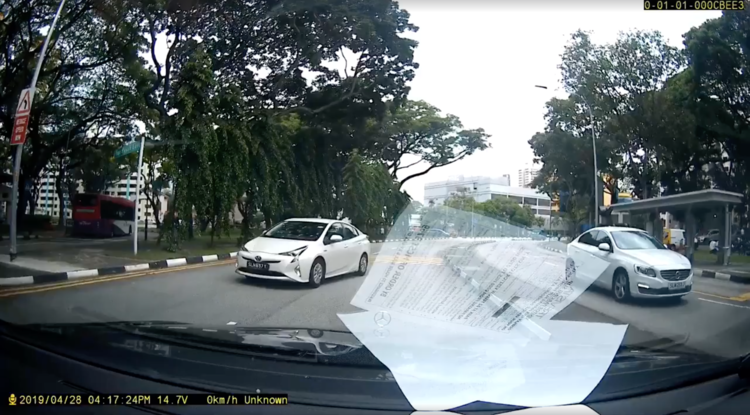 
In this long overdue episode of Inconsiderate Drivers of the Week, we feature a bunch of dangerous drivers, including a few who drove on the wrong side of the road.


Let’s face it, we have all missed an exit before while driving. This is a common occurrence, especially for those drivers to like to hang out on the first lane. But, the safe thing to do is to drive on and look for another turning or a legal U-turn spot to get back on track. What we shouldn’t do is what this Prius driver did.


We get it, you are in a hurry, but that is no excuse to endanger your safety and everyone else on the road, including pedestrians.

Clearly, what the bus driver did was illegal as he or she did not form up correctly to turn, alongside obstructing the flow of traffic coming from the opposite direction. Due to the size of the bus, the driver should turn in the outer lanes due to its wide turning circle.

What the bus driver did by turning in the inner lane was dangerous to the other turning vehicles on the left as one wrong move could have resulted in a collision.

4) Prius Driver Drives on the Wrong Side of the Road


Looks like the trend of driving on the wrong side of the road is here to stay.

In this video, the camera car is driving on a two-lane, two-way street with a flat divider down the middle. Suddenly, a white Toyota Prius appears, heading in the wrong way. The car ahead of the camera car keeps left and slows down, and the Prius driver swerves to their right to avoid the camera car on the right.

5) Seat Driver Blocks a One-Lane Road, and Loses His Cool with Driver Behind Him

While driving, we often forget that there are road users around us, and we need to be considerate and not block the way of others, even when we are, waiting for a parking lot for instance.

In this video, we can see a red Seat stationary on a small lane, presumably waiting for someone or a parking lot. According to the video’s caption (the video has no audio), the camera car driver honked a few times for the Seat driver to move and let the cars behind go. Apparently, there was also an empty parking lot just a few spaces ahead, perfect for the Seat to park in and let the cars behind through.

But instead of moving the car forward, the driver comes out of his car and proceeds to the camera car. According to the caption, the Seat driver proceeded to scold and be rude to the camera car driver.