Inconsiderate Drivers of the Week: Episode 24 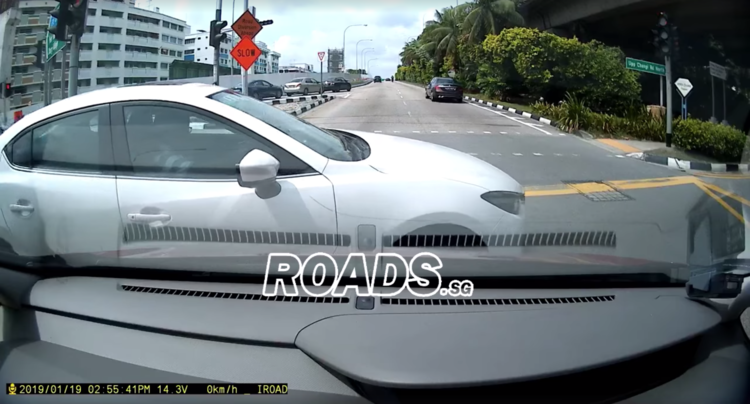 
In this episode of Inconsiderate Drivers of the Week, we feature some red light jumpers, a reckless motorcyclist and a driver who makes illegal U-turns with little care for following motorists.

We have been through why you should not jump the red light and the importance of obeying the traffic light, but clearly some drivers are just too distracted with god-knows what on the road instead of paying attention to what light is showing on the traffic light.

The video above shows the camera car crossing a traffic junction while the light was green. However, a White Mazda is also crossing the junction from the left, despite the fact that the traffic light facing this driver should be showing the red light.

While the first video shows the best-case scenario of drivers reacting in time when a driver jumps a red light, the video above shows exactly why skipping a red light, even when there seems to be no traffic, is so dangerous.

This video shows a Honda car approaching a traffic junction with the lights already showing red, giving the driver ample time to react and slow down. But instead of doing that, the Honda driver drives straight on, skipping the red light.

Prior to jumping the lights, we can see in the video that there was not any traffic crossing the junction. So, if the Honda driver saw the red light and chose to ignore it, he or she must have thought that it was safe to jump the lights since there was no traffic at the junction. If so, the driver couldn’t have been more wrong.

While in the midst of crossing the junction, a black car, with the right of way, suddenly appears from the right and clips the front of the Honda. Both cars sustained damage and spun in the middle of the road due to the amount of force in the collision.

3) Motorcycle Crashes into an Opened Door While Squeezing Through Traffic

What do you get when you break one fundamental rule from both driving a taxi and riding a motorcycle? An extremely avoidable accident.

The video above shows a motorcyclist squeezing through built-up traffic at a zebra crossing, overtaking on the left of vehicles waiting to turn. The turning has a single zig-zag line, but the taxi in front of the camera vehicle decides to let down a passenger anyway. The passenger opens the door just as the motorcycle is passing the taxi.

The door clips the back of the motorcycle, causing the motorcycle and rider to fall onto the kerb. It’s worth pointing out that all the parties, the passenger, the taxi driver and motorcyclist share the blame on this.

The passenger should not have insisted on being dropped off where there was a zig-zag line. The taxi driver should not have let his or her passenger alight at that spot. But most of all, one of the most important principles taught while you are learning to ride a bike is, never overtake vehicles on the left, always on the right. Also, motorcyclist should form up in a queue instead of jumping it by squeezing their way through.

All of us who drive have at same point, missed a turn or made a wrong turn before. That’s fine, this is Singapore, you will have a chance to make a U-turn a couple hundred metres ahead. But if you must, absolutely must make an illegal U-turn, you need to practice due diligence and assess the prevailing road conditions to see if it is possible to do it safely.

The video above shows a Mercedes car on the left lane and a van on the right lane. The Mercedes driver then overtakes the van from the left. From there, it’s hard to see what the Mercedes driver was doing due to the van obstructing the camera car’s view.

From the video, it’s hard to see what happened prior to the illegal U-turn. But to us, it looked like the Mercedes driver made the U-turn from the left lane or while driving in the middle of the two lanes. Regardless of what happened, we can say with absolute certainty that the Mercedes driver was not being inconsiderate to the vehicles behind prior to the illegal U-turn.

5) Volkswagen Driver Stops Abruptly, Causing a Motorcyclist to Crash into the Car

As a general rule of thumb for drivers, you should never stop abruptly in the middle of the car for no good reason. Before you ask, no, missing your turn because you are on the wrong lane is not a good reason, doing that is downright dangerous and this video will show you why.

On the right screen, we can then see a motorcyclist not being able to react in time and crashing into the back of the stationary Volkswagen. It is not entirely clear as to why the driver suddenly stopped, but one working theory is that the driver missed the turn on the left and was trying desperately to make the turn. Adam Mayer
it takes one reckless driver to cost lives! :(
Like Reply

Abby
Oh god, all these accidents could've been avoided! :
Like Reply