Project Graham: How We Would Evolve to Look like to Survive Car Crashes 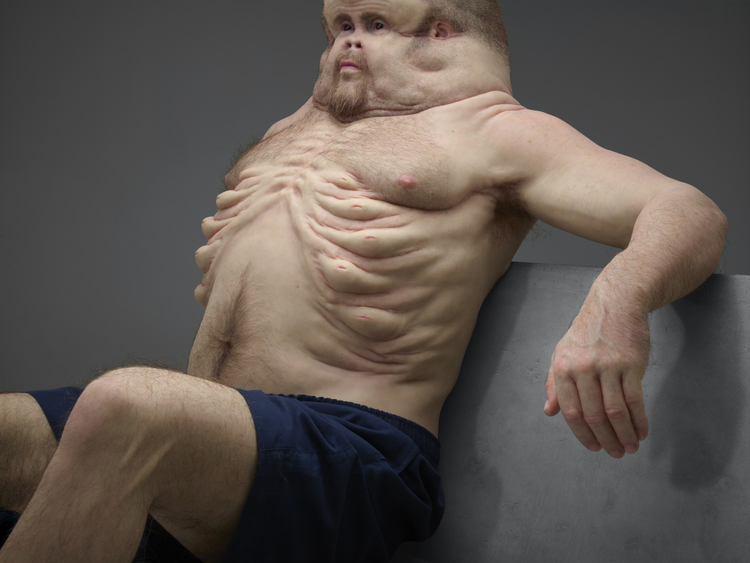 This grotesque caricature-like humanoid isn't nightmare fuel; it's Graham, and he's how you and I would need to and would look like if we evolved to survive the simplest car crashes that happen daily.

Yes, someday we might become Graham, and rightly so.


The project, titled Project Graham, is a road safety campaign for the Transport Accident Commission of Victoria. With a crash investigation expert, a prominent trauma surgeon and Melbourne artist Patricia Piccini at the helm of the project, they designed Graham to juxtapose our own fragile bodies.


Graham's body was designed for function over form, to show what humans would evolve into to survive generations of texting and speeding behind the wheel, and other acts of reckless driving.

This includes multiple nipple sacs that act as airbags to cushion impact to the ribs, a dense and enlarged helmet-like skull to hold more ligaments and fluid to protect the brain, a concave face to take away the brunt of the blow, and knees that can move in all directions. He lacks an observable neck, which is replaced by a brace-like structure that prevents injury from sudden movement and also has hoof-like legs to jump out of harms way easier.

All that to survive crashes as low as 25 km/h. With 1258 drink driving cases and 78 deaths in the first half of 2015 in just Singapore, it goes to show that we're no Graham. We're a little prettier and a lot more fragile, so until we've messed up to the point that our generations start resembling him, start buckling up, keep your phones away and drive safe!

Read more: 7 Things to Do After a Car Accident