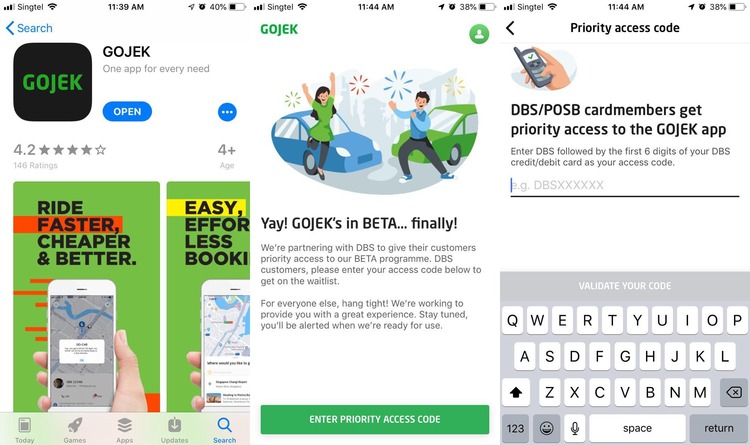 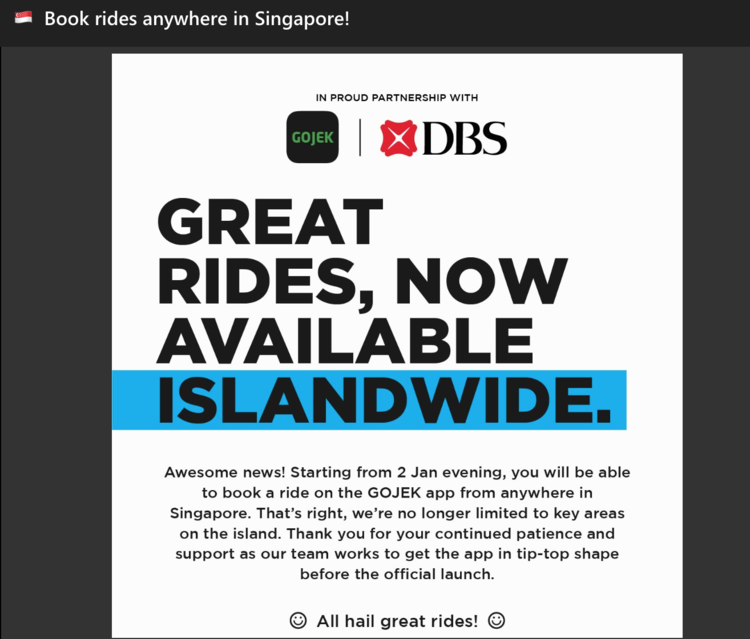 In an email newsletter blast to their riders, Go-Jek has announced that starting from this evening (2 January), their service will be fully rolled out to the entirety of Singapore. This means that riders can book and end rides anywhere in Singapore accessible by car.

As of now, there is still no word on whether Go-Jek will expand their ride-hailing app by including services such as ride-sharing, booking of luxury cars and adding an additional stop midway through the trip. Also, there has been no indication if and when Go-Jek will start providing additional services such as food delivery and their own payment system that they provide, among others, in their headquarters in Indonesia. 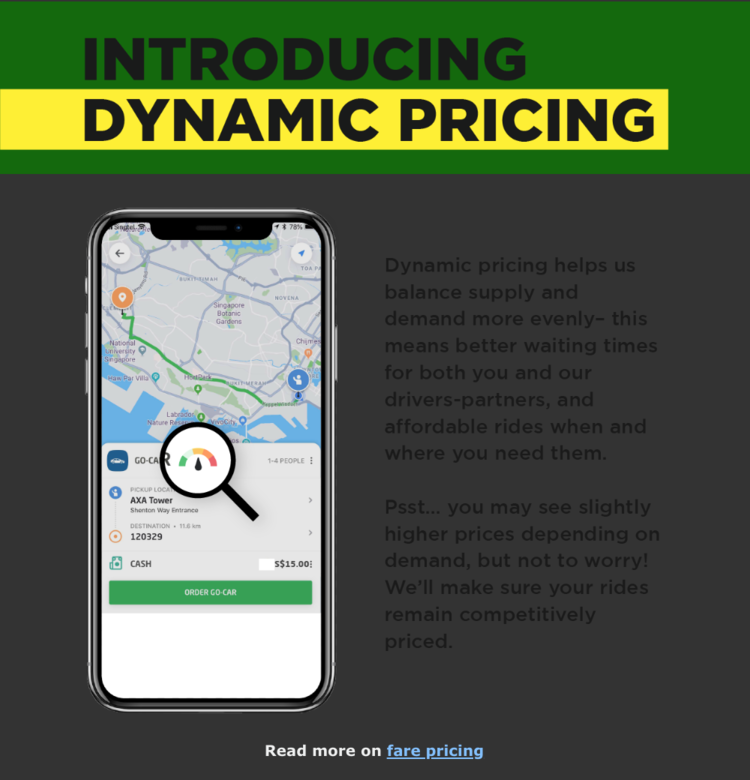 This comes after Go-Jek announced on Sunday (30 December) in an earlier newsletter sent to their riders that they have introduced dynamic pricing, where trip prices can fluctuate according to demand for bookings in the area.

Thanks to a Go-Jek driver we spoke to named “Mr Tan”, we got to take a look at Go-Jek’s Driver-Partner Handbook. In it, it spells out how drivers get their incentives, among other things.


Mr Tan also told us about Go-Jek’s current incentive system for their driver-partners during the beta period. Currently, the amount of bonus Go-Jek drivers receive is worked out according to a point system. For every trip the Go-Jek driver makes during off-peak hours, they receive one point. For every trip during peak hours, they receive 1.5 points.

Mr Tan even joked about the unique system, saying that, “the Go-Jek boss must have worked in a casino before!”

However, Mr Tan did say that the Go-Jek’s current incentive system is still way better than what Grab is offering currently. Also, it is still unclear how long this current system and bonus will last for.

We have obtained a map of Singapore which shows where Go-Jek's beta phase will be operational until Wednesday (5 Dec).

As you can see, it stretches from Changi Airport in the east to a part of Jurong East in the west, and almost everything in-between, including Punggol and the island of Sentosa. Beta users will be able to book rides to and from the highlighted area on the map of Singapore above.

The Go-Jek app is now available on both the Apple Store and Google Play Store. Currently, beta users can only book rides in and around certain areas like the Central Business District, Ang Mo Kio, Serangoon and Hougang. 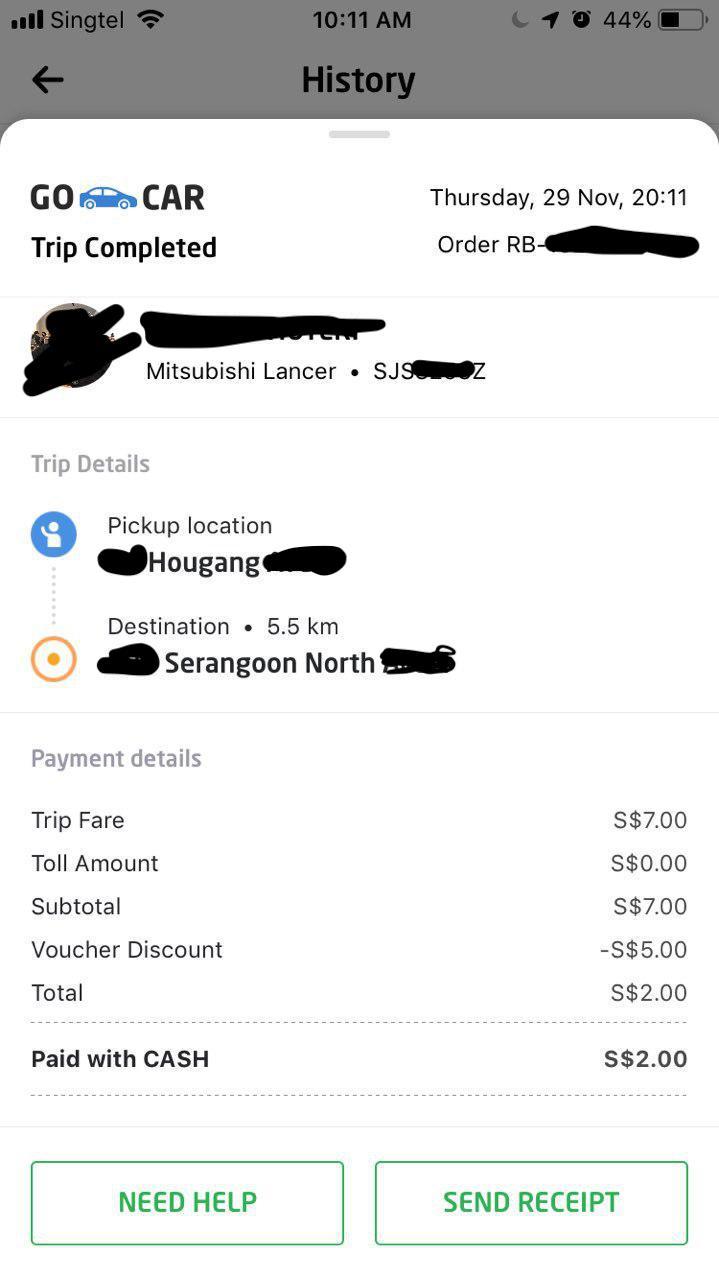 We booked a ride on Go-Jek on Thursday (29 Nov) night to try it out. It was a S$7 trip from Hougang to Serangoon North, but with a S$5 voucher, we only paid S$2. We were able to book a ride as we had a DBS card and we were on the priority waiting list since 12pm on Thursday.

We are able to report that it was a smooth process. It took just under a minute to book a ride, and the Go-Car arrived in 5 minutes. We were also able to pay for the ride in cash. Looks like Go-Jek's beta phase is off to a good start!

Indonesian ride-hailing company Go-Jek has released a beta app for Singaporean users, ahead of its official launch early next year.

A beta app is tech talk for a prototype app, which means that there may be changes and tweaks before the full app is rolled out.

As of 12pm, the Go-Jek app was available for download on the Apple Store, but we were unable to find it on the Google Play Store.

Speaking about the launch of the beta app, Go-Jek president Andre Soelistyo said, “It is with great pride that we begin the roll-out of our services in Singapore,” adding that, “we are launching in beta now, while we fine-tune to make sure it meets the high standards expected in Singapore”.

During this beta phase, access to the Go-Jek app will be granted in batches. Go-Jek says this is necessary “to balance ride demand and service capabilities”.

Go-Jek has also partnered up with DBS Bank to give priority access to DBS cardholders. All DBS cardholders have to do to get on the priority waiting list is key in the first six digits of their DBS debit or credit card.

Here’s What You Should Know About Go-Jek's Impending Entry 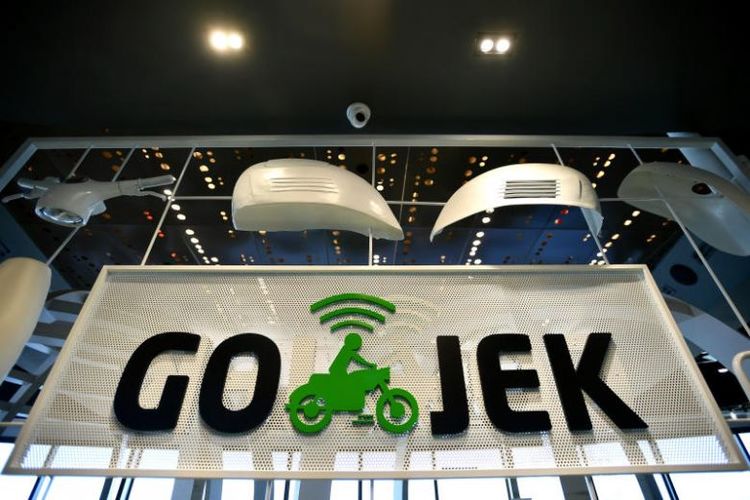 Earlier this month, reports emerged that Go-Jek has started recruiting a large numbers of private-hire drivers onto its platform.

The Straits Times reported that the company, which is viewed as Grab's first formidable rival, is looking to start in January next year. That refutes earlier reports that Go-Jek was planning to launch on the third week of November this year.

Since September, the ride-hailing company has been signing up interested private-hire drivers via six car rental firms. These car rental firms will supply vehicles and sign on drivers in preparation for the Indonesian ride-hailing giant's entry into Singapore early next year.

Go-Jek also set up a portal a few months ago to allow other interested drivers to pre-register. Some reports estimate that 20,000 drivers have expressed interest in signing up with the newcomer, but the company would not reveal how many have actually downloaded the app.

Additionally, Go-Jek will enter the Singapore market solo without any major deals. A few months ago, there was speculation over Go-Jek tying up with taxi giant ComfortDelGro, but that has since been dropped.

Go-Jek is also free to contact the estimated 70,000 Grab drivers because of the Competition and Consumer Commission of Singapore's non-exclusivity clause with ride-hailing companies.

Adeline Teo
hopefully Grab will bring back their promo codes.. hehe
Like Reply