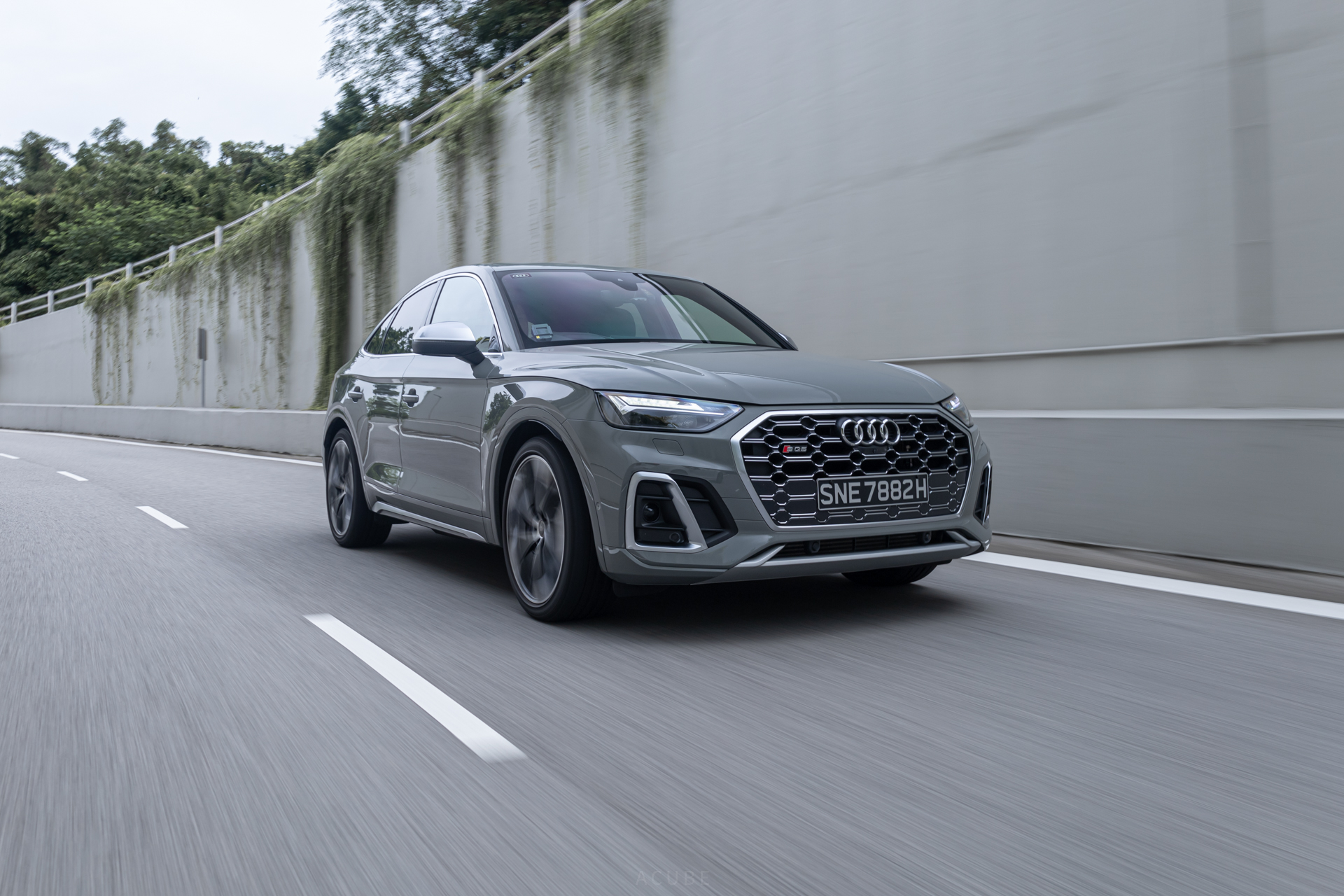 Audi has built some seriously solid cars over the past half a decade. They have perfected the formula for building fast, comfortable and well-made cars, and the SQ5 embodies those qualities.

I’ve already had a go in the regular Q5, so I was half expecting it to be just a marginally hotted up version of your humdrum, sensible Germanic family hauler. It would be slightly quicker, but still perform all of your usual family car duties with relative ease. 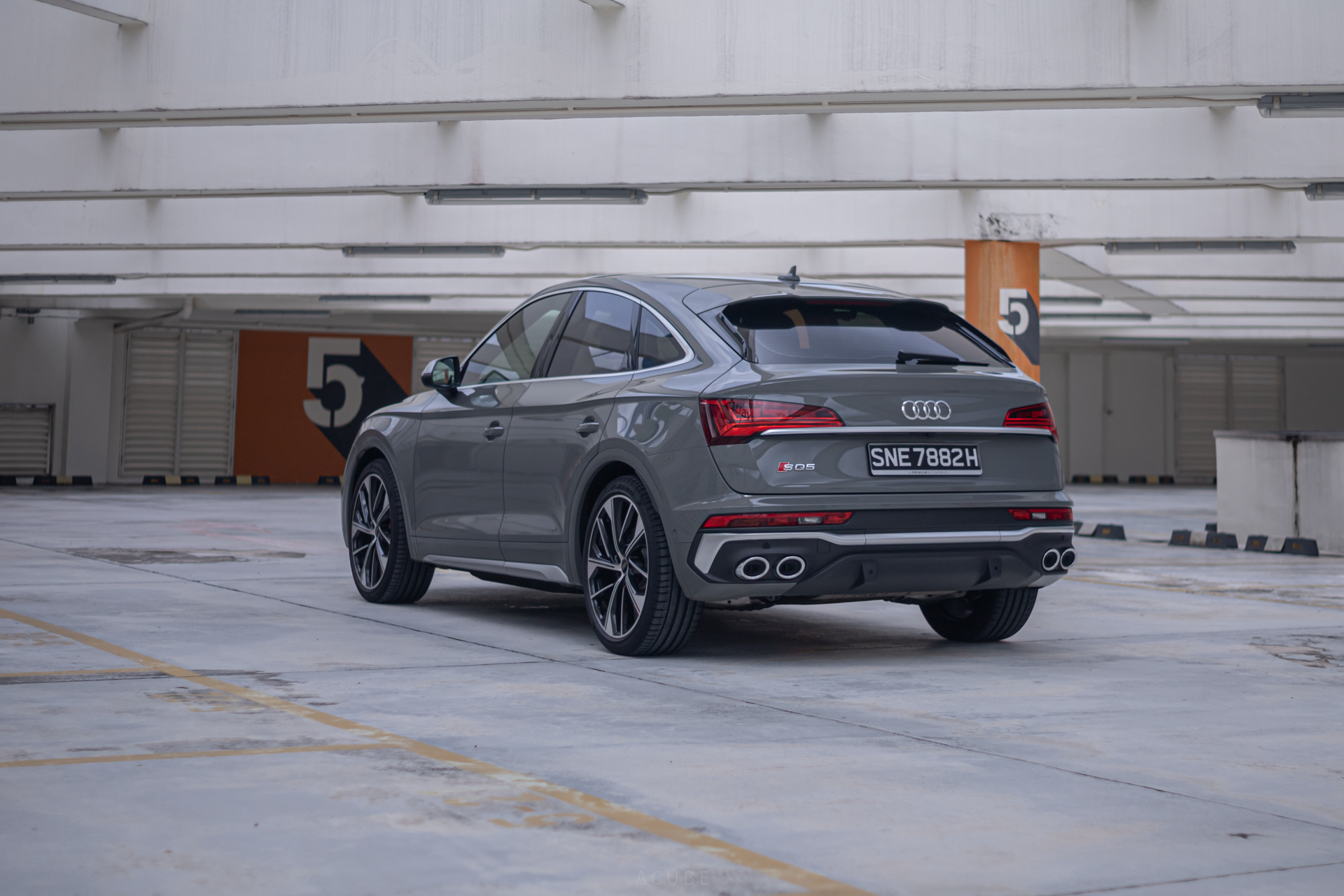 But the other half of me was hoping that it’d live up to the promise brought about by the ‘S’ badge emblazoned on the front and rear fascias of the car. That it should be a loud, fast vehicle, capable of proper performance. Ultimately, that’s what the badge stands for, right?

Audi routinely builds cars that are understated. The same is true even of their flagship R8 supercar, which looks relatively tamed and mature compared to some of its more garish rivals. And ethos applies to the SQ5 too. Save for some minor tweaks to the rear diffuser design, and the presence of four exhaust tips in the back, there’s little to distinguish between this and its more pedestrian Q5 sibling. 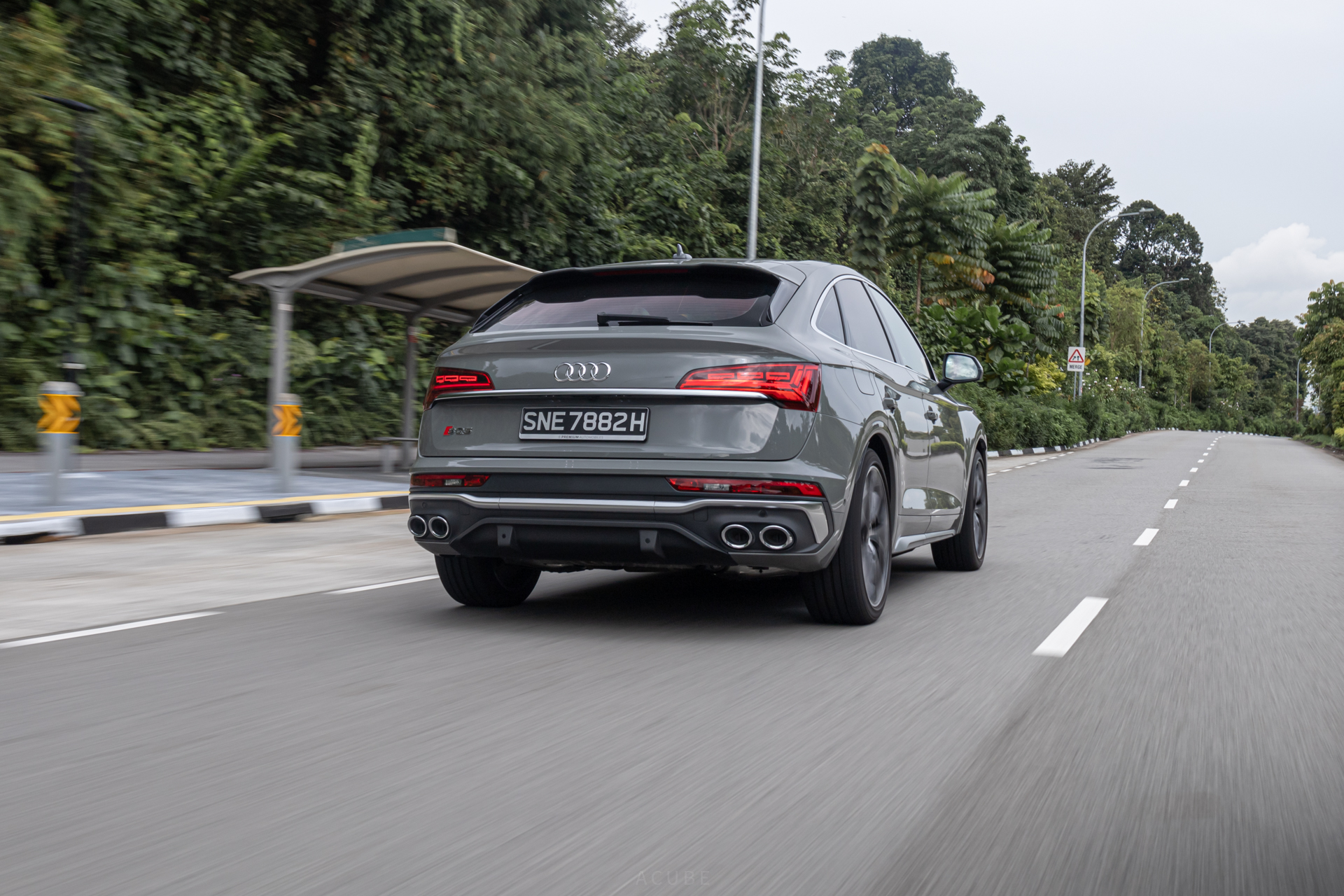 Minor changes can be seen up front too, with a similarly styled bumper to the regular car, albeit with more intricate fog light surrounds and an S-specific grille. Both could be optimisations to cool the behemoth that resides underneath the bonnet, cooling demands that the regular car didn’t need.

Other visual changes on the outside are probably a direct consequence of mechanical optimisations, including a lowered ride height and wheels that are wider. Logically then, these changes have been made to help tame the torque that this V6 can lay down.

How Does it Drive?

It’s rapid, and not just for an SUV. The performance is provided by a 3.0-litre turbocharged V6, which outputs 349 bhp and 500 Nm of torque. It’ll propel itself, with you in a state of disbelief, to 100 km/h from a standstill in just five seconds. These are some seriously impressive numbers, especially since it is by no means a lightweight sports car. 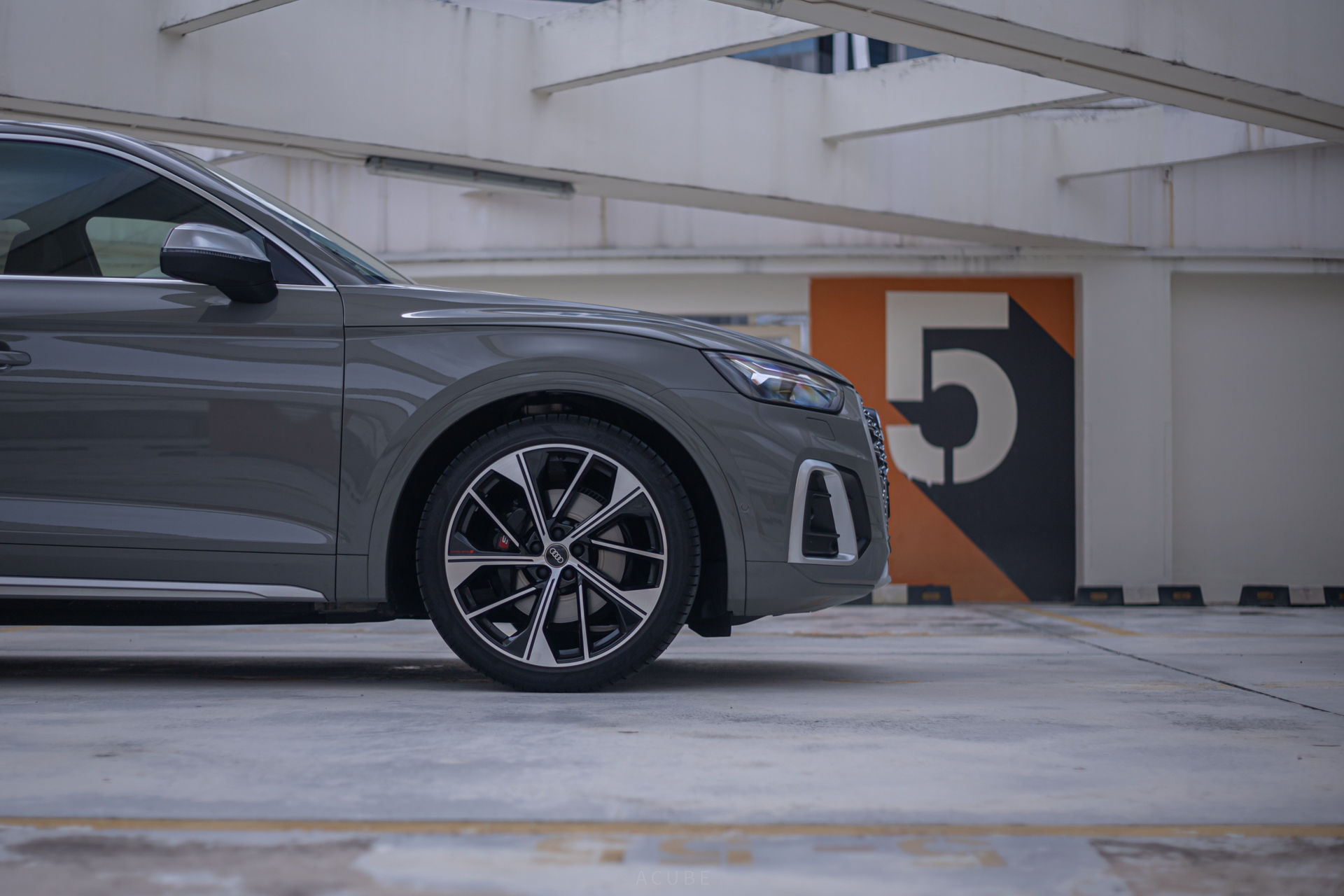 On the handling front, this S-ifed Q5 isn’t that different from its more pedestrian stablemate. This is despite the fact that it has been fitted with the optional adaptive air suspension, with ‘S-specific’ tuning. Low speed manoeuvrability is good, but the steering is lacking in feedback when you are driving the vehicle spiritedly. 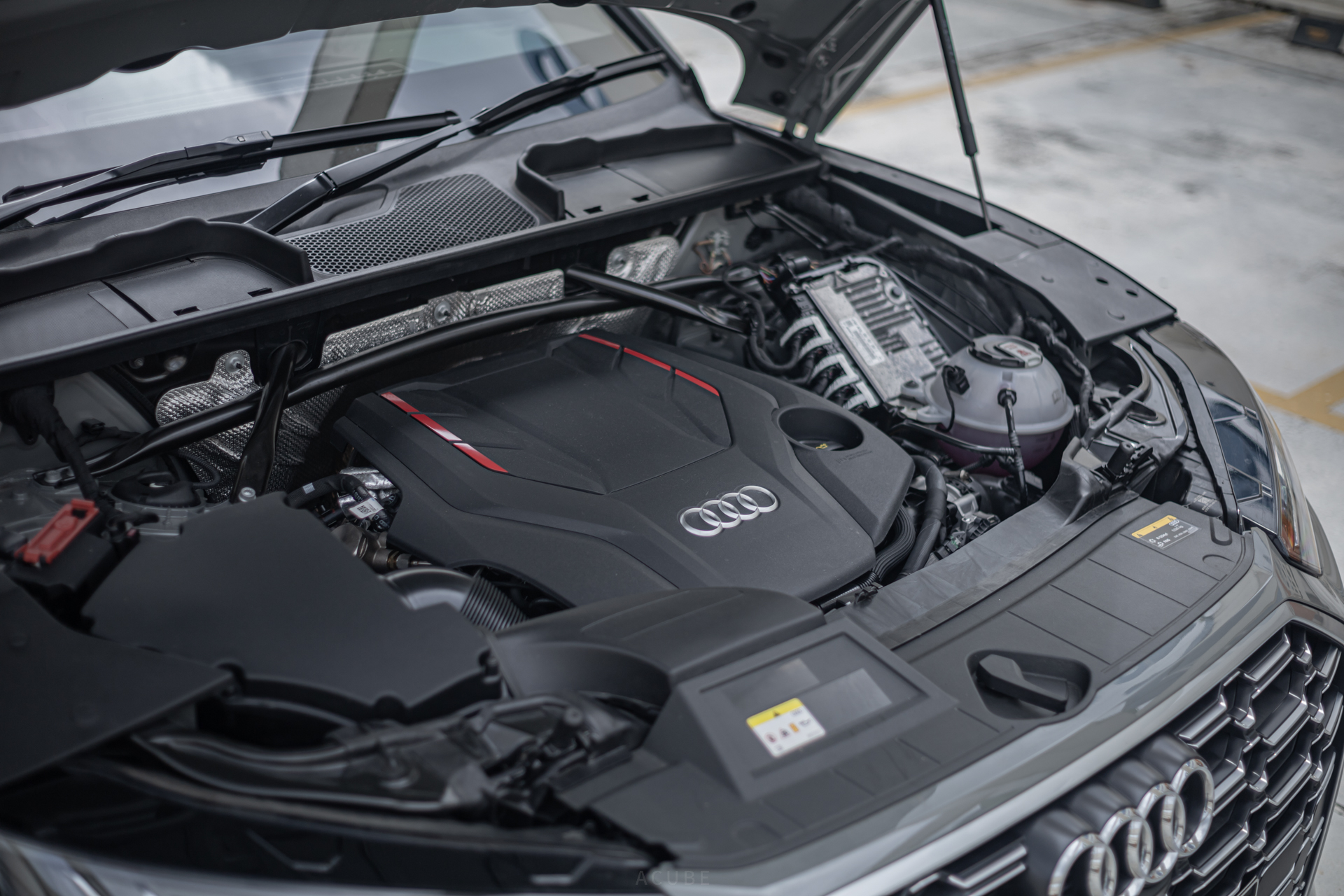 The party piece has to be the way it picks up speed. It deploys power with confidence, the engine sonorously collecting revolutions as it sends you towards the horizon. There appears to not be a gap in torque in any part of the rev ranges, and the accompanying soundtrack delivers aural pleasure regardless of throttle position. There is a trade-off for these characteristics - you’ll have to put up with a less-than-stellar fuel economy. With a considerate right foot, the car should be able to achieve about 10 km/l. I, unfortunately, did not achieve figures that impressive.

The changes over the standard Q5 are minimal and subtle, but goes a really long way to refreshing the dated cabin. In fact, the alterations are so minor, it really only involves the inclusion of carbon fibre trim panels, which goes a long way in freshening up the cabin. 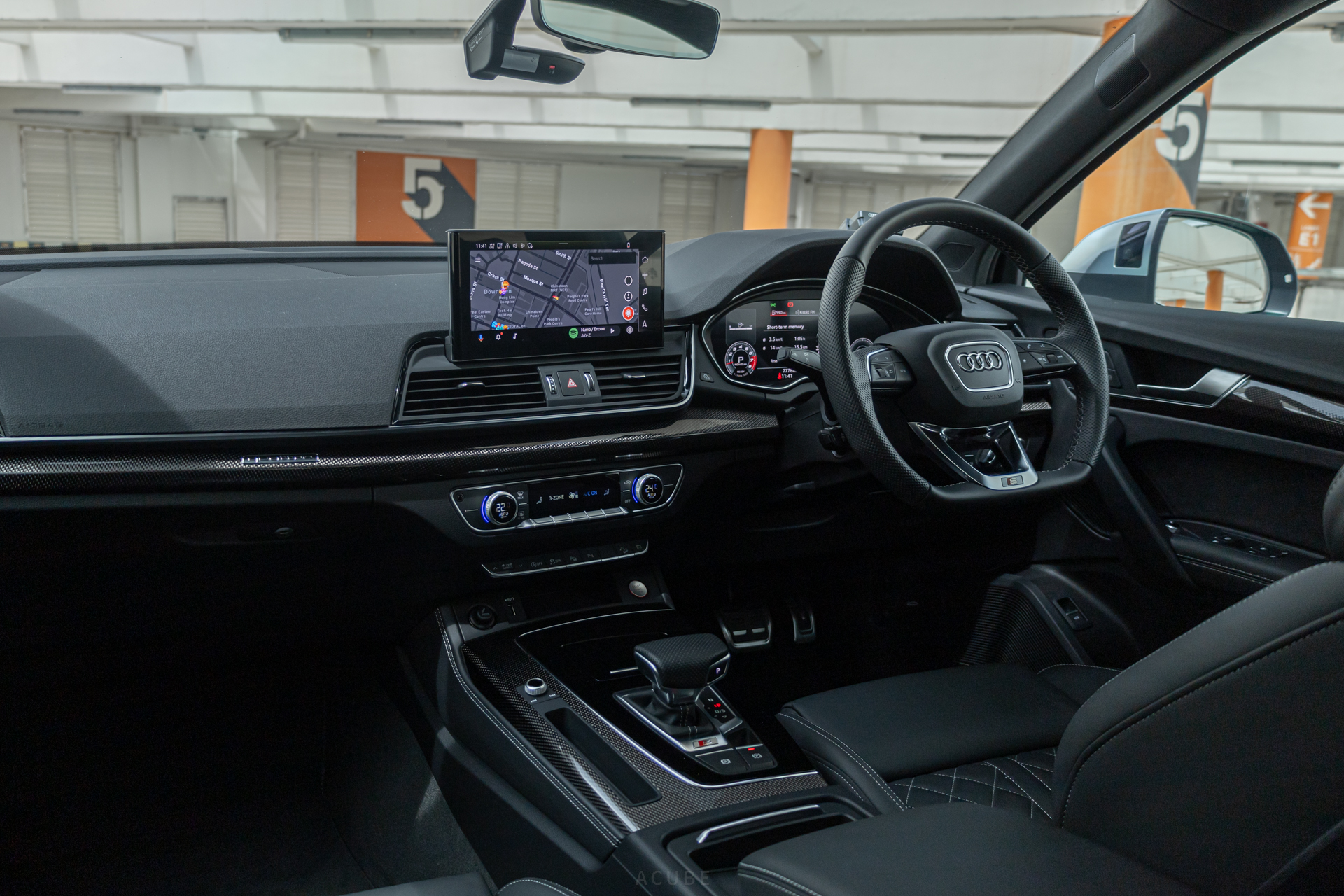 It adds a pop of texture into an otherwise sensible and Germanic interior. And space has been properly thought out too, with the sloping roofline really only being a thing past the C Pillar. You’d be able to fit comfortably in any seat in the SQ5, and it’d also have enough cargo capacity to lug around anything of the things you’d realistically need on a daily basis.

Is This the Sports SUV for me?

Like all fast modern Audis, the SQ5 feels almost effortless when gaining momentum. It is also well-made (the interior does look a little dated though), has excellent road presence and makes a good noise. It almost checks all of the car guy boxes, which is an odd statement to make, considering this is an SUV. 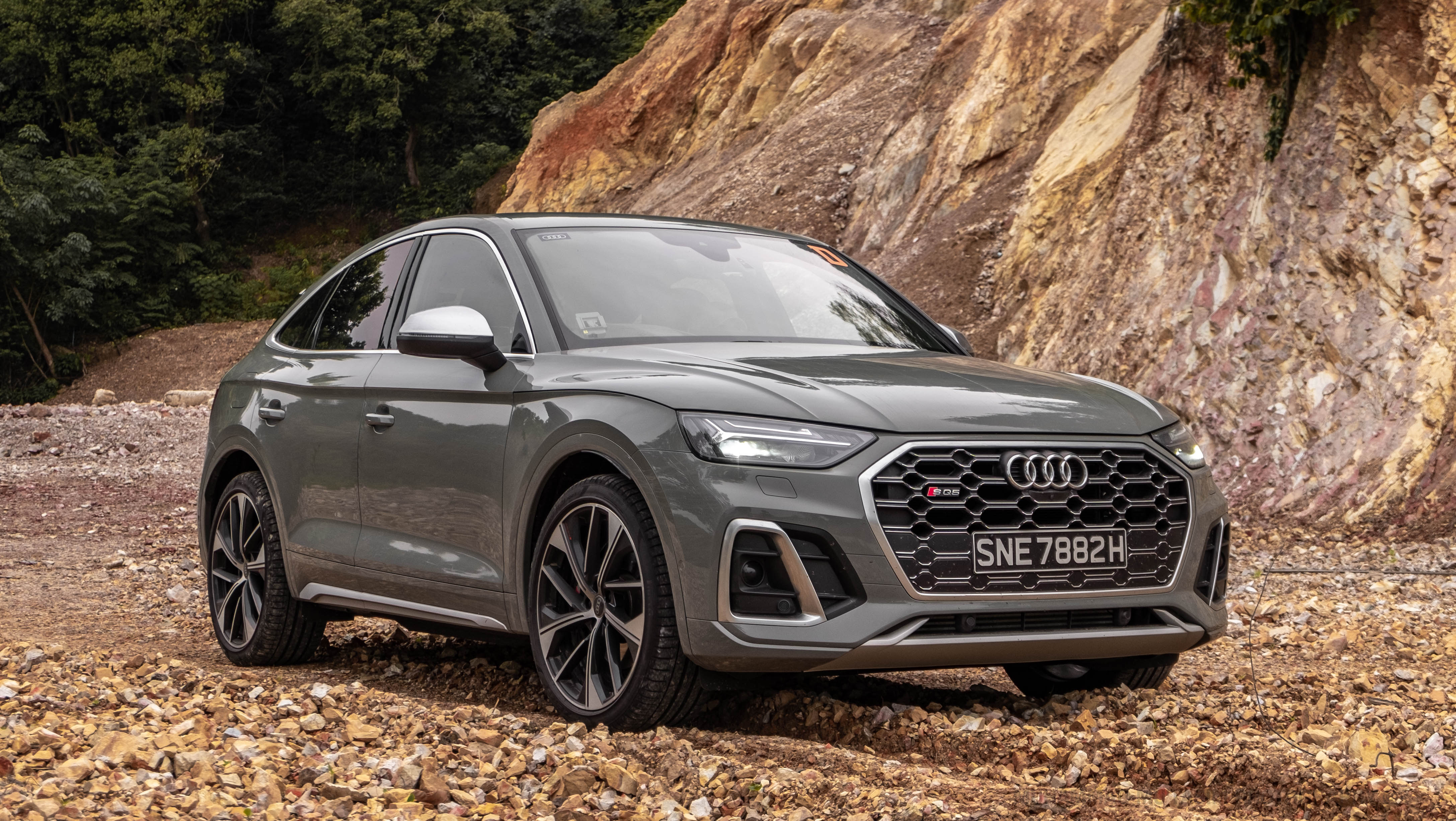 However, there are better driving SUVs on sale right now. And whilst the car does have a lot of positives, I do not think that you’d really benefit from the additional performance of the V6 over the four banger in the regular Q5. 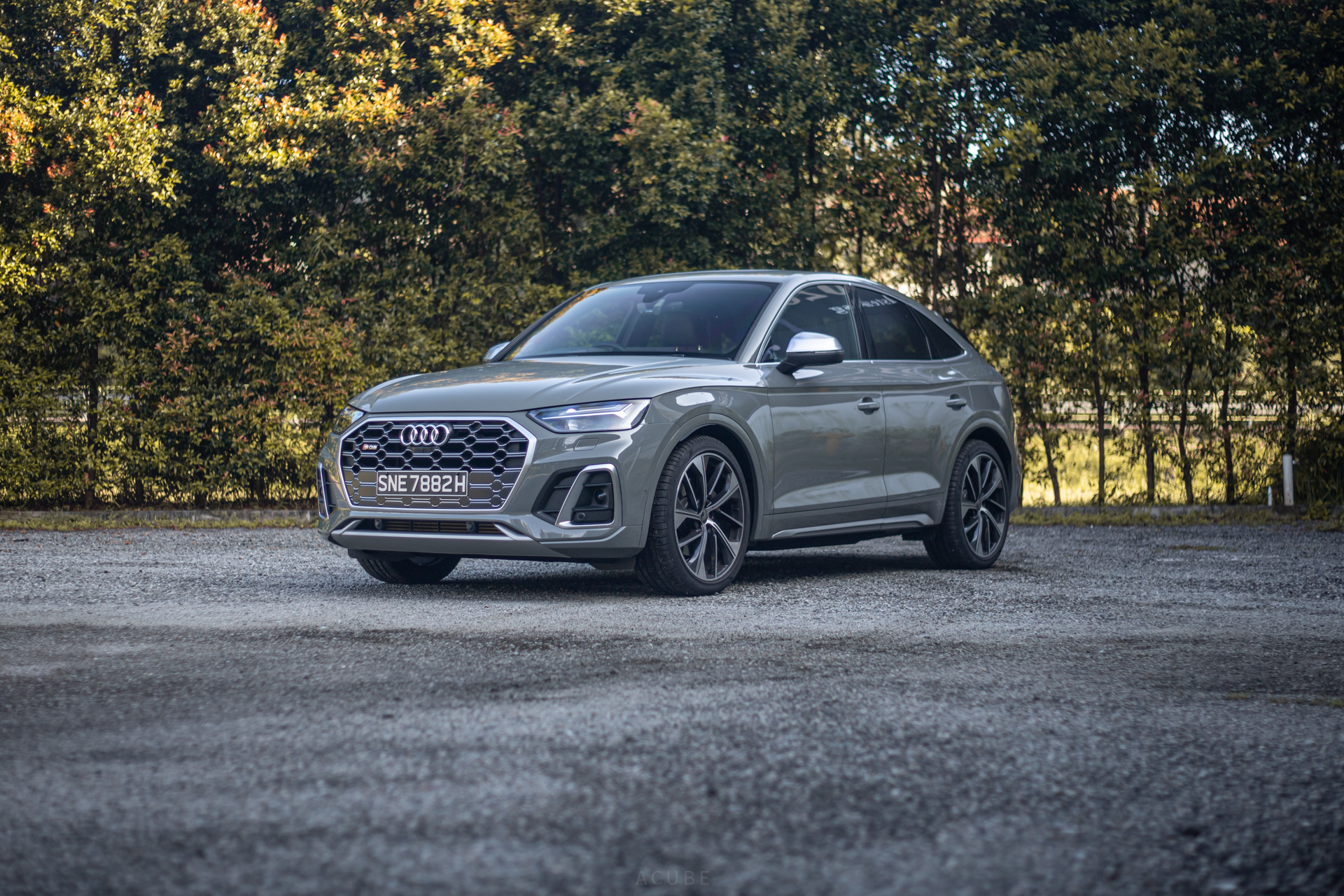 But there is a group of people that will fawn over the all-purpose nature of this all-terrain car. No other Audi combines this level of performance, practicality and capability at this price point. And as such, Audi would still be able to shift units, seeing that it still is a solid overall package if you are only willing to drive a midsize SUV of Ingolstadtian ancestry.