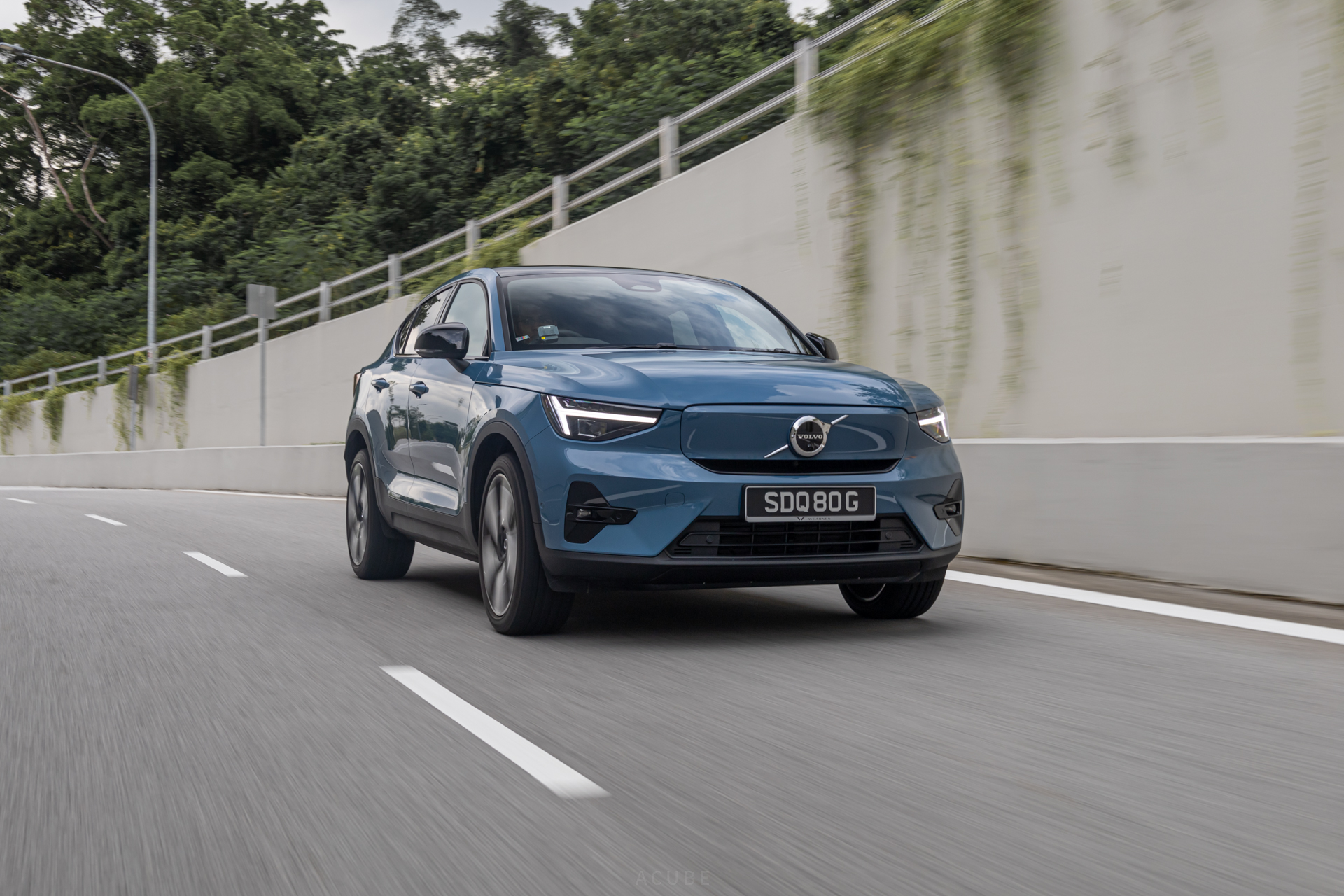 The self-proclaimed die-hard petrolhead will always have the same anti-EV rhetoric. That these e-cars require a lot of time to charge, they’d never have sufficient range to do practical daily duties.

And for the most part, these allegations were true. This becomes apparent once you take a good look at the EVs that were made available for sale throughout the mid-to-late 2010s. Notice I said ‘were’, because it’s 2022 and the Swedes would beg to differ. 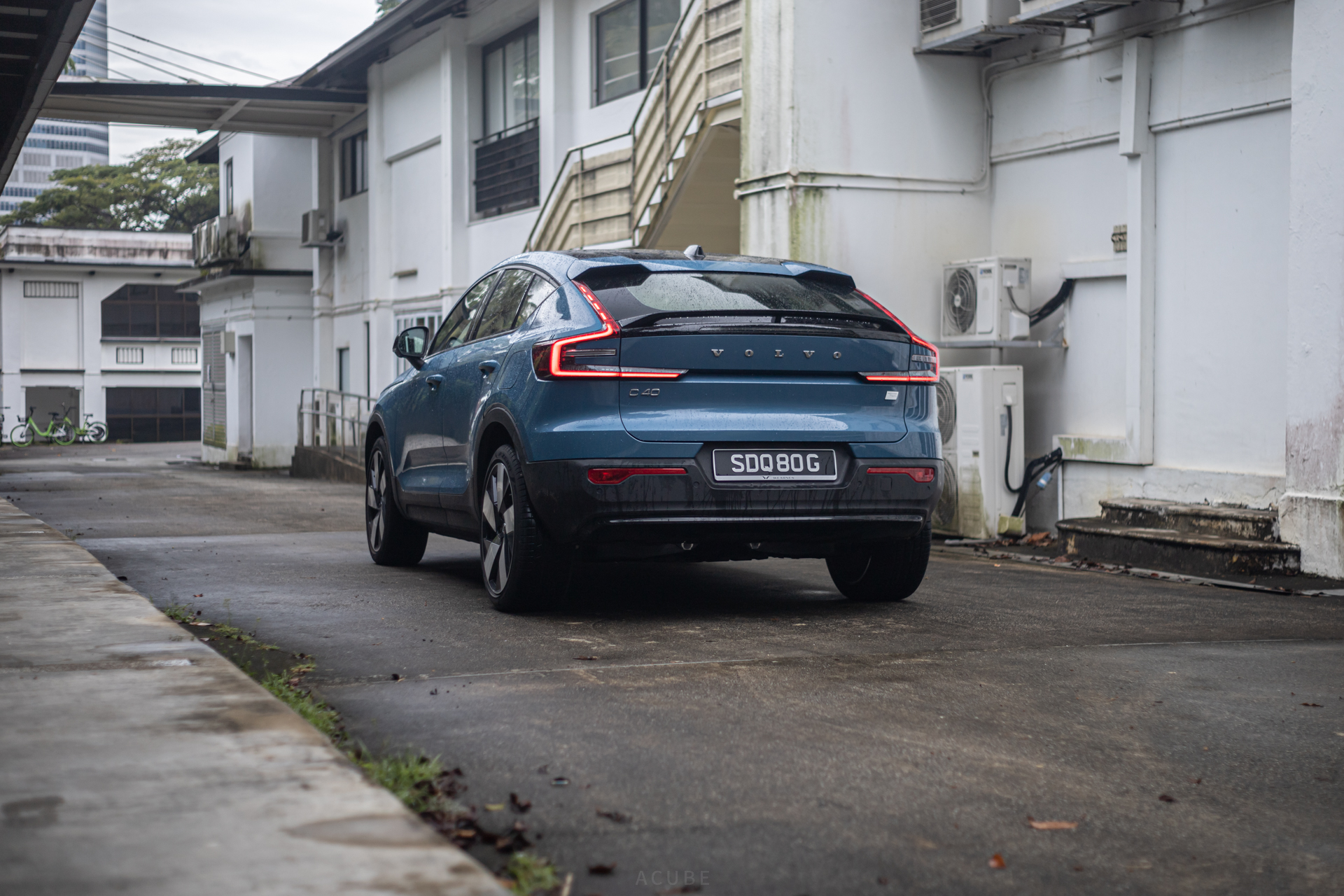 Because what they’ve achieved with the Volvo C40 Recharge (and by extension its Polestar 2 cousins) is to create a properly capable all-rounder that has big power and range figures, and a driving experience that isn’t sullied by the phenomenon that is range anxiety.

So What Exactly Have They Achieved?

Before we delve deeper into what they have pulled off mechanically, let’s first address the elephant in the room. Yes, the C40 Recharge evokes a sense of déjà vu because it essentially is a coupe-ifed version of the XC40 Recharge. 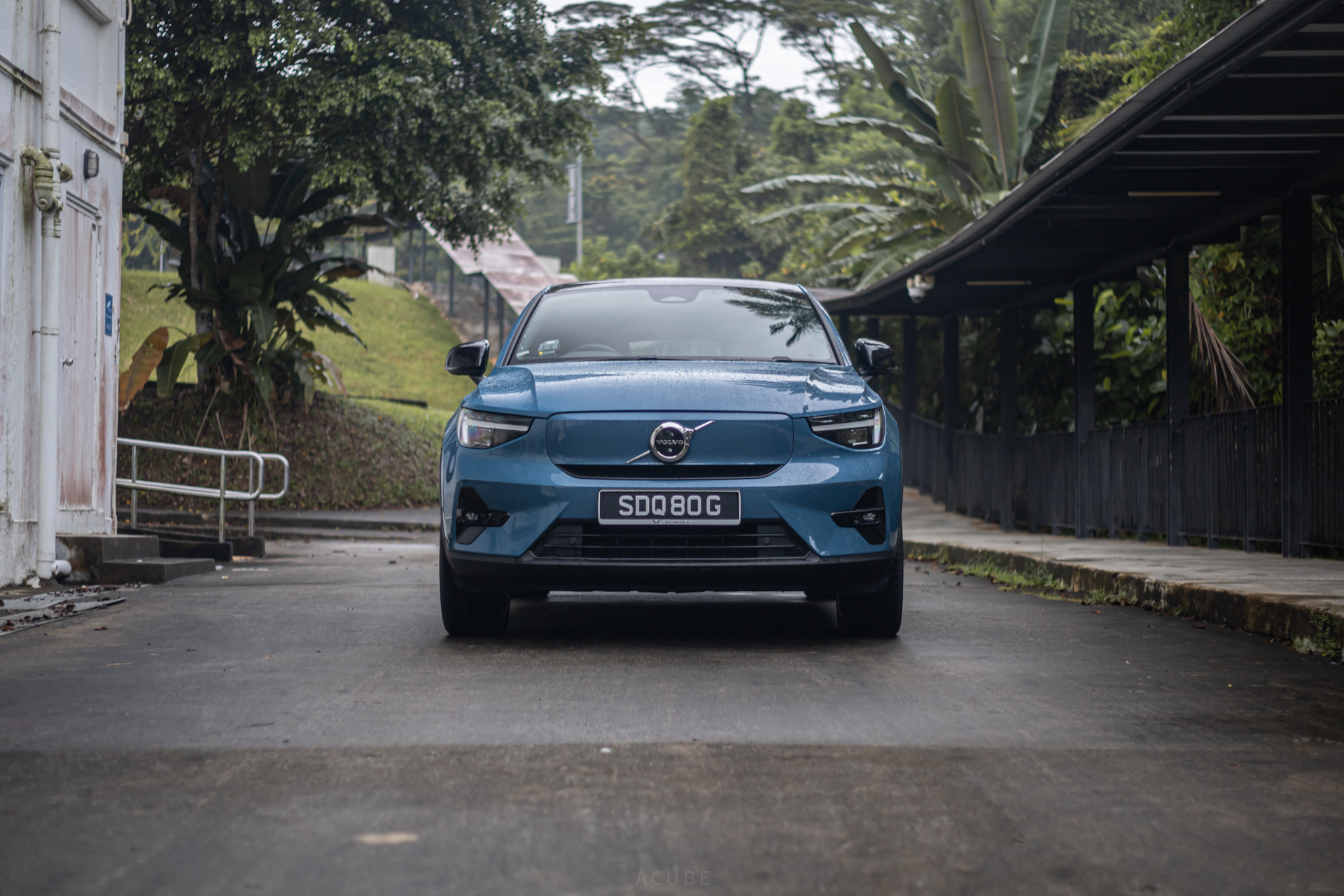 The platform that these cars have been built on were designed from the ground up with provisions for electric powertrains in mind - converted EVs these are not. As with its Polestar 2 cousins, these provisions are the reason why the Swedes could package the car with its colossal 78kWh battery pack.

A feat you’d not have been able to pull off should you have simply bolted electric drive gubbins to a body shell designed strictly for internal combustion. But the engineering genius goes far beyond just a large battery pack. Expectedly, the dual electric motors offer strong acceleration, but they do so whilst also being ultra efficient. 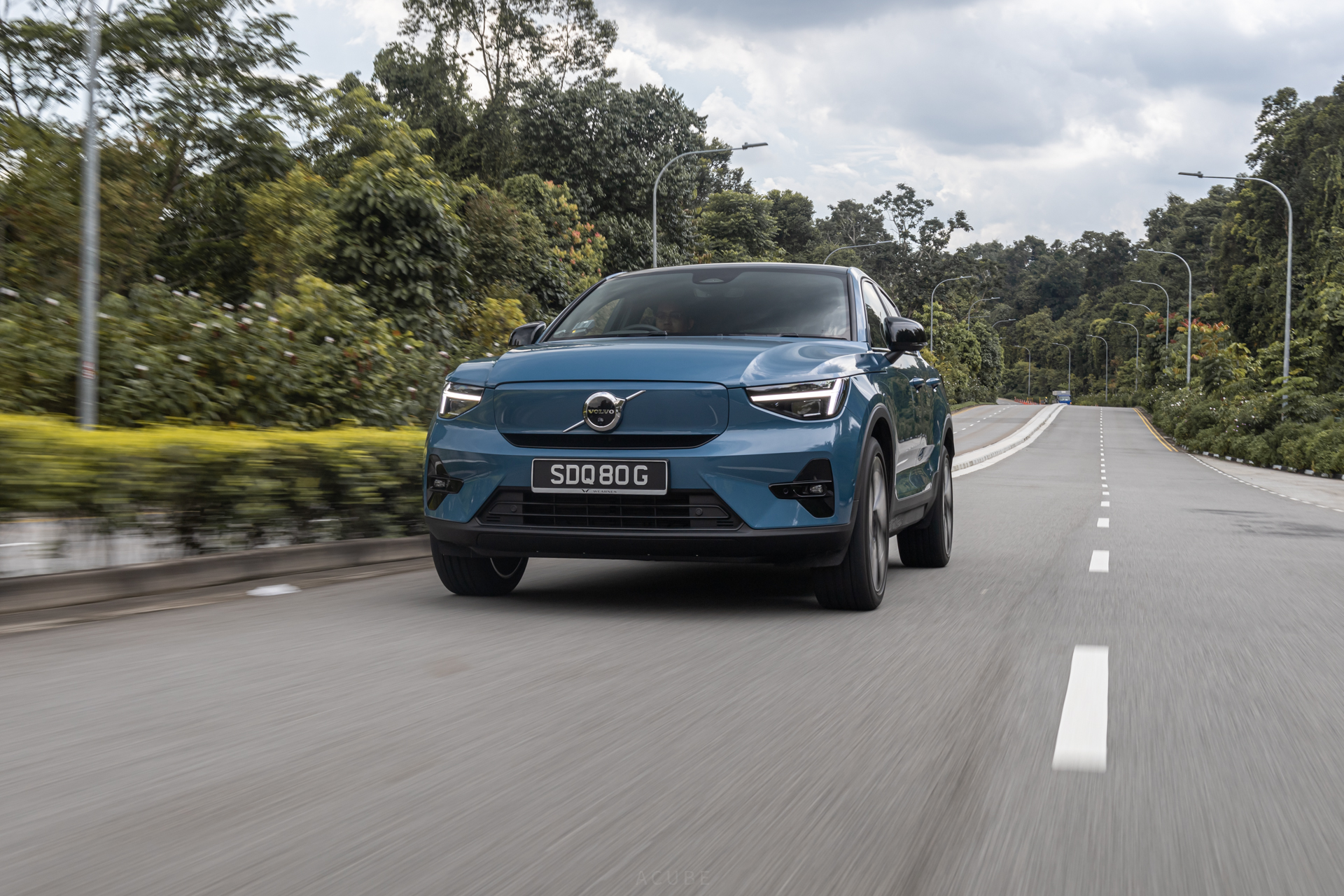 And why wouldn’t they? With a combined 408 bhp and 660 Nm of torque, you’d out accelerate all but the fastest supercars on our roads. Volvo quotes the 0-100 km/h time at 4.7 seconds, though it certainly feels much more intense than that when you really give it some.

They were very modest about the efficiency ratings too. Officially, the car should do 21 kWh/100 km, though in reality I actually managed to average a better-than-claimed 18 kWh/100 km. Which is probably why the car convincingly managed close to its WLTP range without the need to hypermile.

But how does it Handle the Twisties?

It is no sports car, but that doesn’t mean the car is ungainly through the twisty stuff. Mass management is actually fairly decent, and it is well damped enough that only the most severe bumps are transmitted through into the cabin. 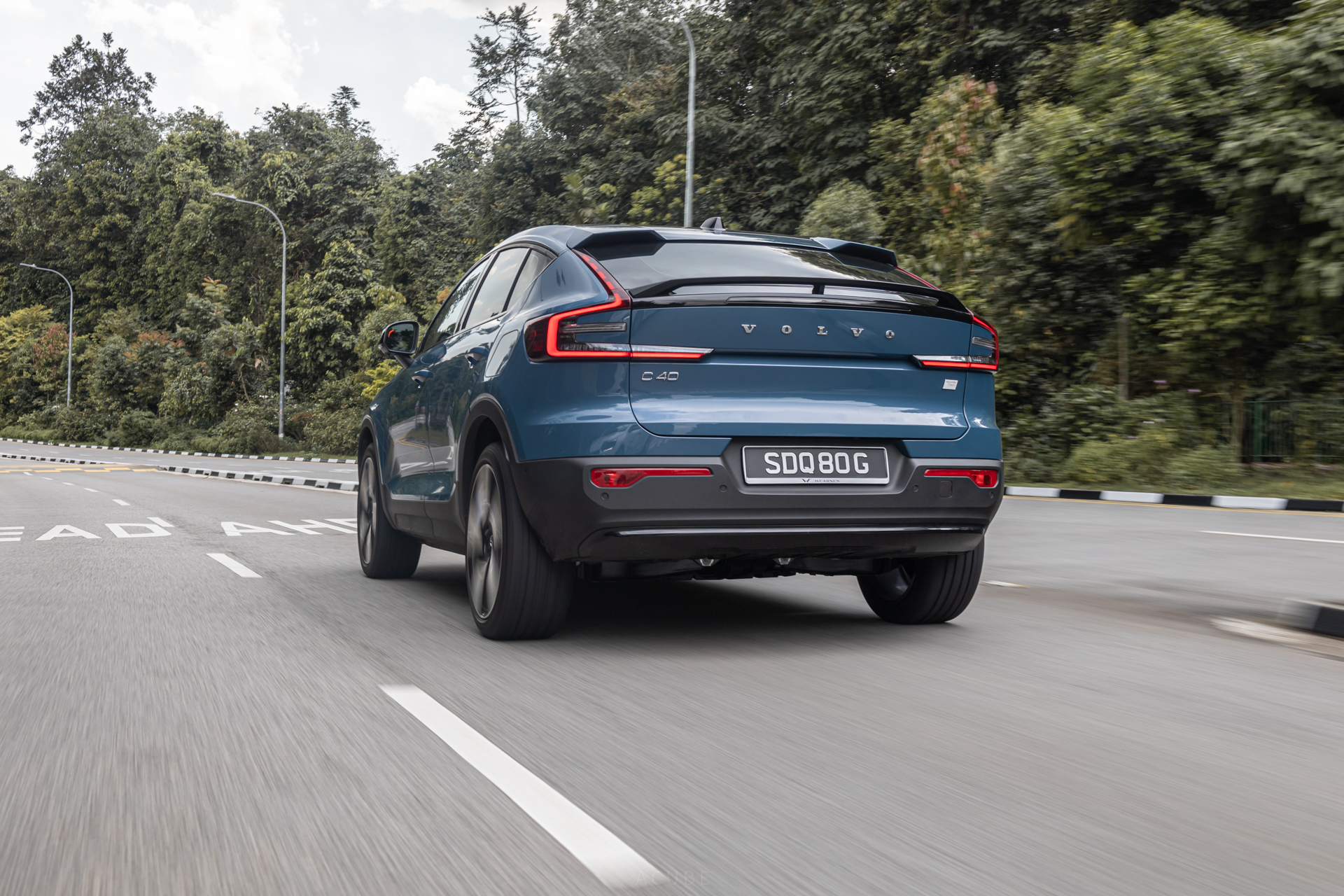 Surprisingly, there’s actually feedback through the wheel, and the front end also does a good enough job of minimising the impact of torque steer. That isn’t to say that it is a driver’s car though - for a more athletic Swedish EV experience, you’re really better off with the Dual Motor Polestar 2.

The car doesn’t make any attempts to conceal its heritage - and realistically it doesn’t need to. Volvo’s design language works really well, the minimalist Nordic ethos complimenting an EV’s requirement to not have a large grille. The Thor Hammer LED DRLs sit proudly on the front fascia, with an angular lower section to the bumper completing the look. 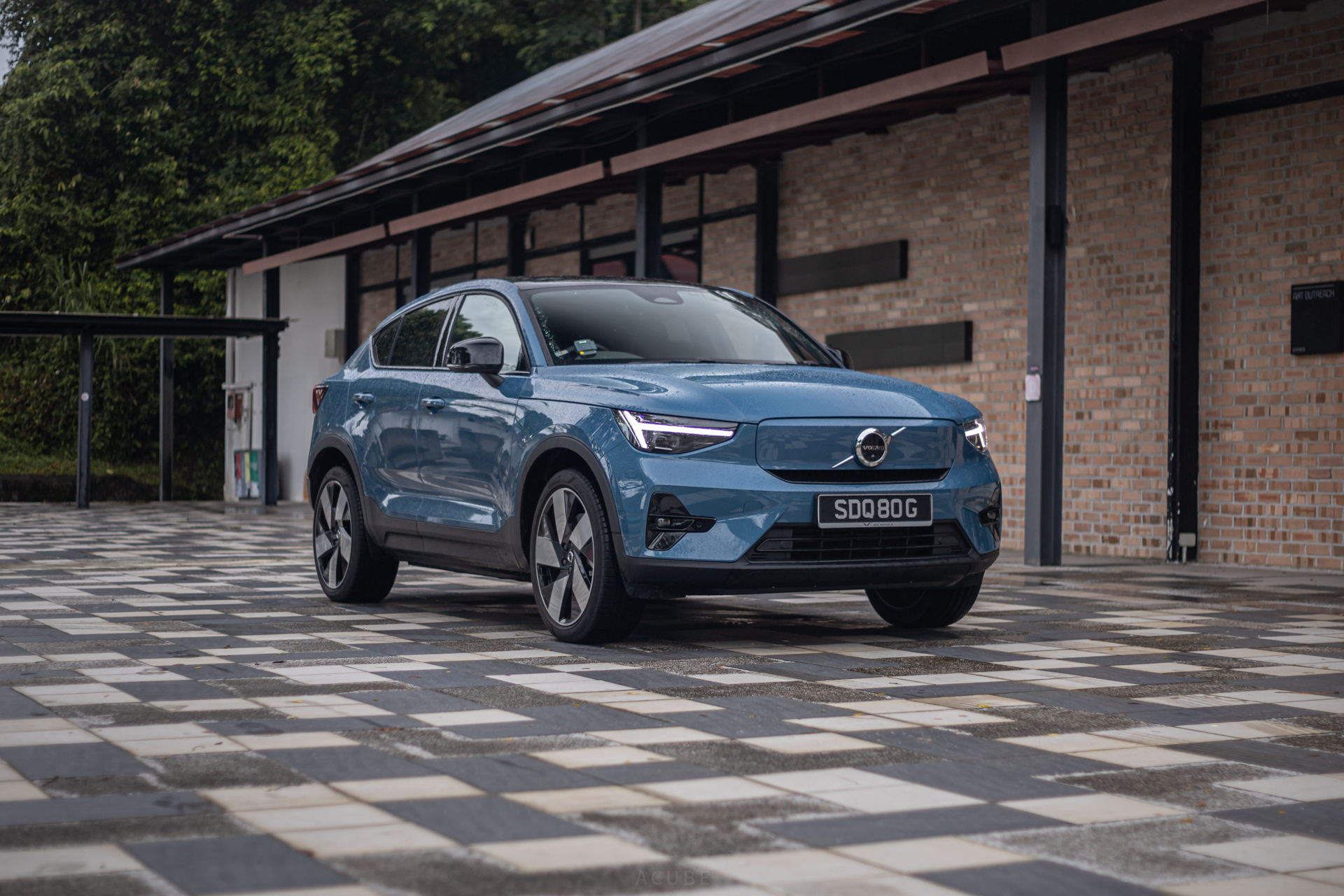 Volvo also created a C40 exclusive paint option, which helps to accentuate the lines of the car. Round the back, the Swedes have opted to extend the taillight section to stretch the length of the sloping roof line along the C Pillar, working in tandem with the subtle boot spoiler and winglets to frame the glass on the tailgate.

Some large alloy wheels complete the thoroughly modern aesthetics of the vehicle.

Subtly is the name of the game here. Quality is excellent all round, with all the materials and parts feeling properly solid and well screwed together. The trim panels on the dashboard contain a topological map of iconic mountain ranges in Sweden, and they glow in different intensities in the dark too. 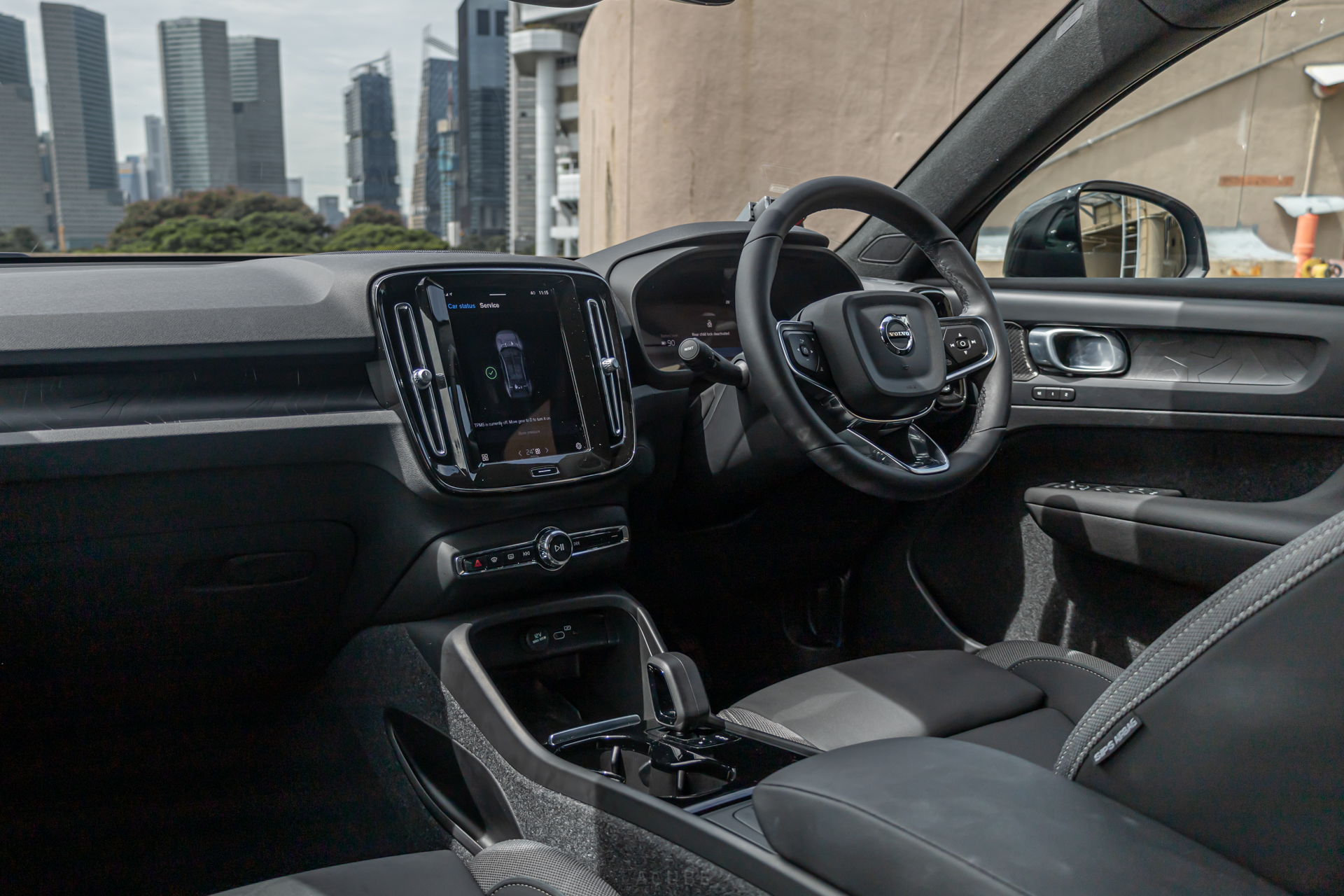 Switchgear is nice and tactile, and the Android Automotive UI is a doddle to use. There is a fairly sizable transmission tunnel that runs through the middle of the vehicle, though it is narrow enough to not significantly intrude into the rear middle passenger footwell.

The roofline also only significantly slopes past the C Pillar, which means headroom is not majorly impacted in the coupe-ification of the car. Space all round is good, and the glass roof  allows plenty of light to flood the cabin, creating an elevated space perception experience.

Are There Any Drawbacks?

Usually, this is the part of the review where I’d talk about some caveats to the experience of a specific car. Without nitpicking, I’m legitimately struggling to find pointers that really bugged me throughout my test drive.

The only major factor that may sway your decision to buy another SUV is perhaps that the sloping roofline does compromise on the volume of the boot area. Unlike most of its petrol-powered rivals however, you’d be able to find additional space to stow your items away in the frunk anyways. So even that is a non-issue. 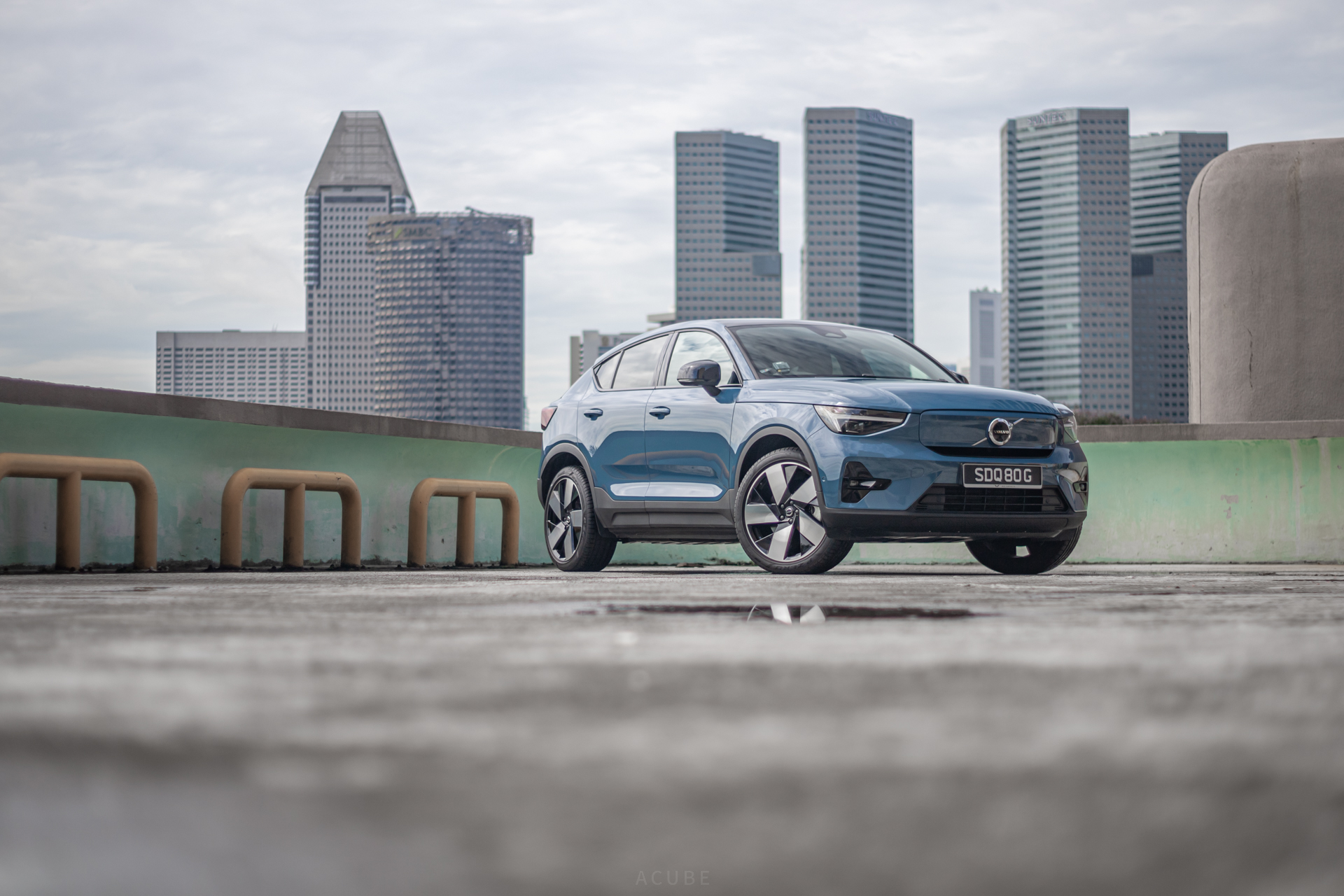 Now I’m not sure exactly what sort of witchcraft the Swedes have been up to. But what it has culminated in, is a compelling package for any family man looking for a fast, silent, stylish and future-proof continental SUV. The question now is, what colour would you have your C40 in?