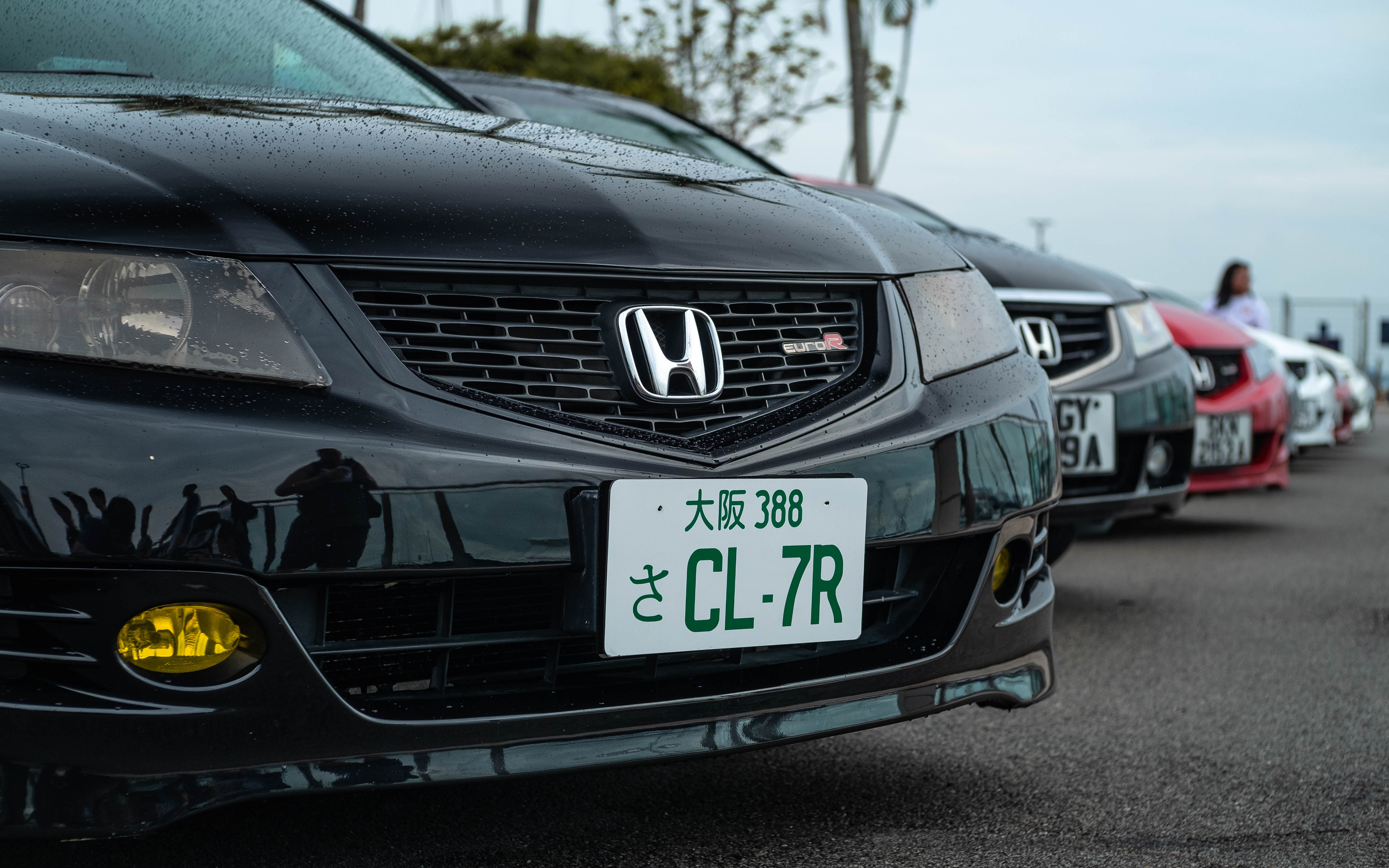 Some say that car culture in Singapore has all but disappeared. That it has long died in the hands of hard-headed bureaucrats and pro-public transport nerds who only see cars as inconvenient tin cans on four wheels.

But despite all the lobbying from such killjoys, many car enthusiasts here resisted conforming to mediocrity. They'd much rather renew the Certificate of Entitlement (COE) and tastefully tune up/restore their cars, than to settle for hour-long bus commutes or to be at the mercy of private hire drivers at peak periods.

Just ask these Honda Accord CL7 owners, who organised a mega meet-up recently. 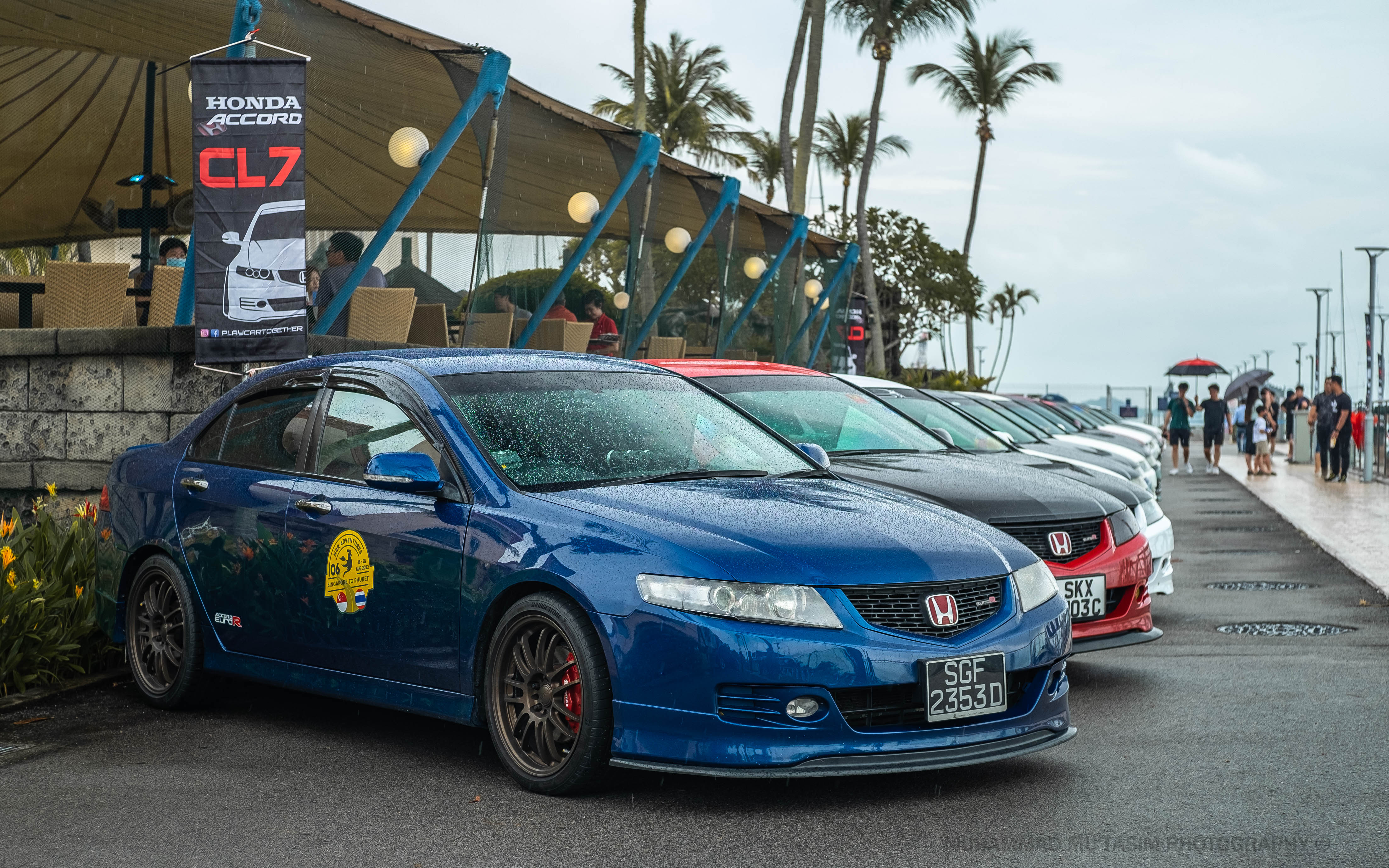 Held at the picturesque Raffles Marina last month, the private event saw over 40 CL7-generation Accord aficionados gather together with their beloved cars and families for a fun-filled afternoon, despite the torrential rain repeatedly threatening to dampen on their parade. 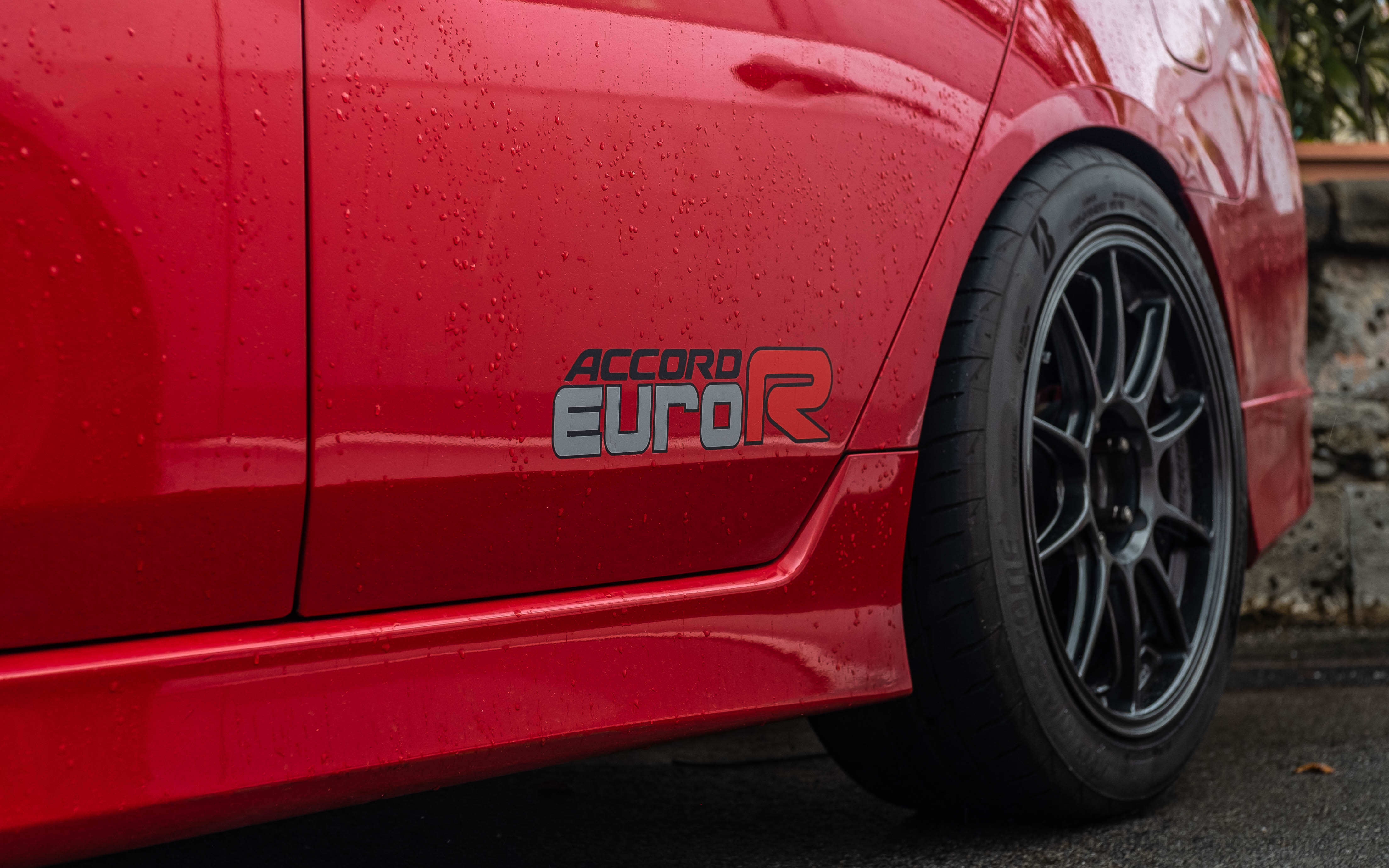 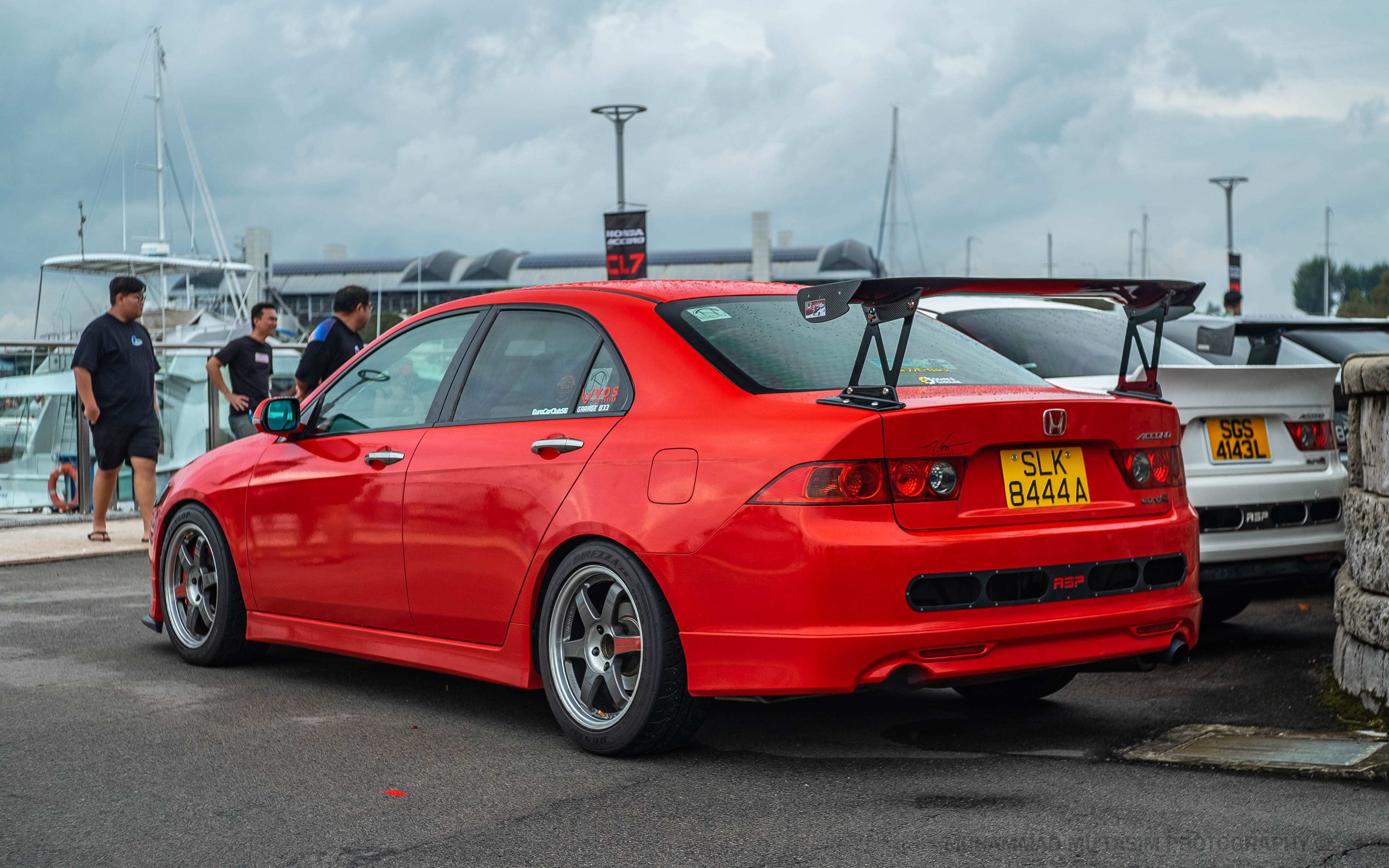 The seventh-generation Japanese-market Accord celebrates its 20th birthday this month, and seeing an entire lineup of it (in car-unfriendly Singapore, no less!) still registered on our roads is a testament to just how much of an impact it has made on our local enthusiasts.

It truly warmed the cockles of our hearts seeing Accord after Accord rolling up onto the main lawn, and hearing the deep bassy rumbles of their exhausts bounce off the walls of the country club, all while the organisers carefully guided them to park diagonally along the tarmac. 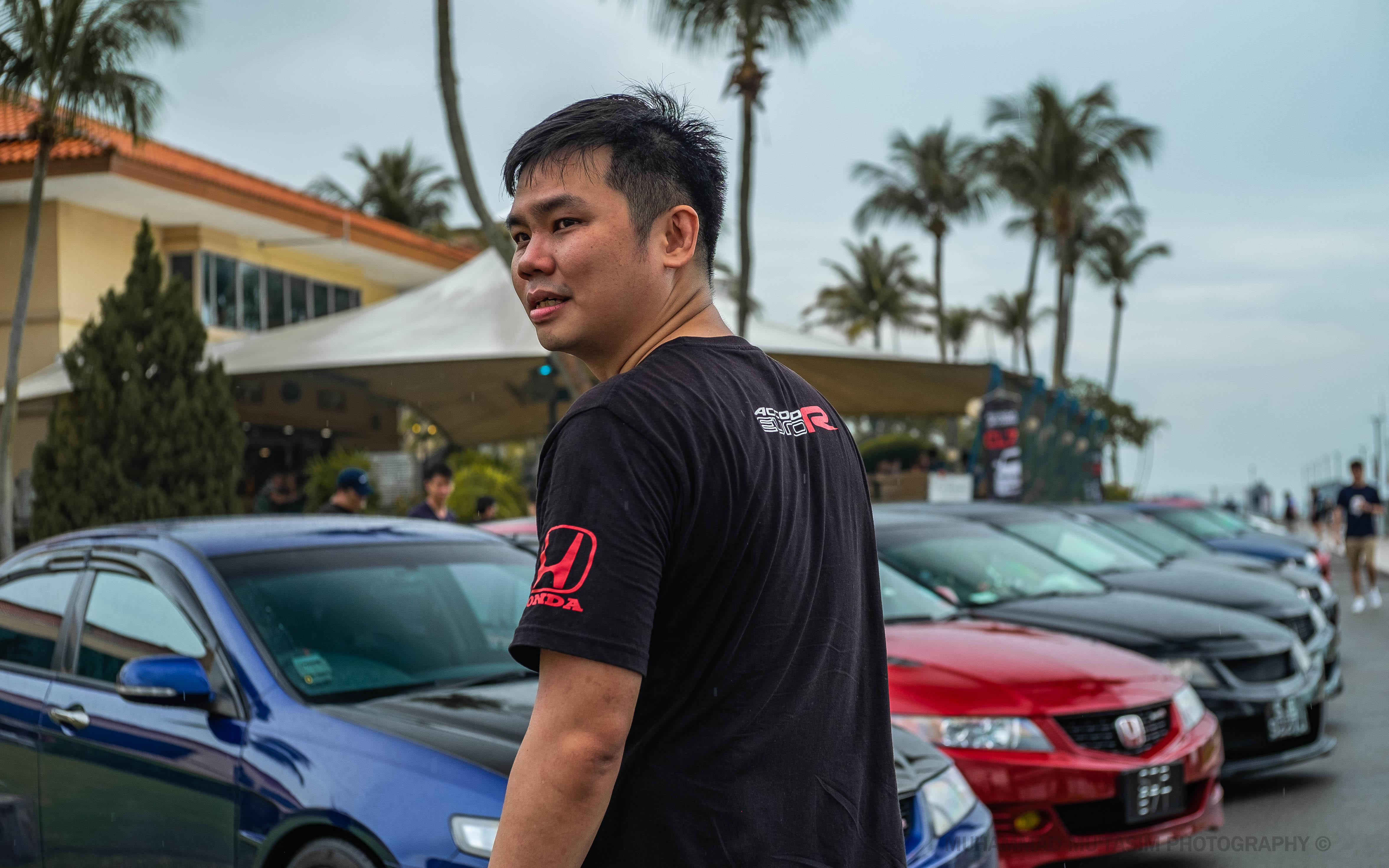 Each and every one of the CL7s present ─ Euro R or otherwise ─ is in a different state of tuning; individually tailored to suit its specific owner's needs. From dedicated track weapons to family-friendly cruisers, there's one for every purpose. 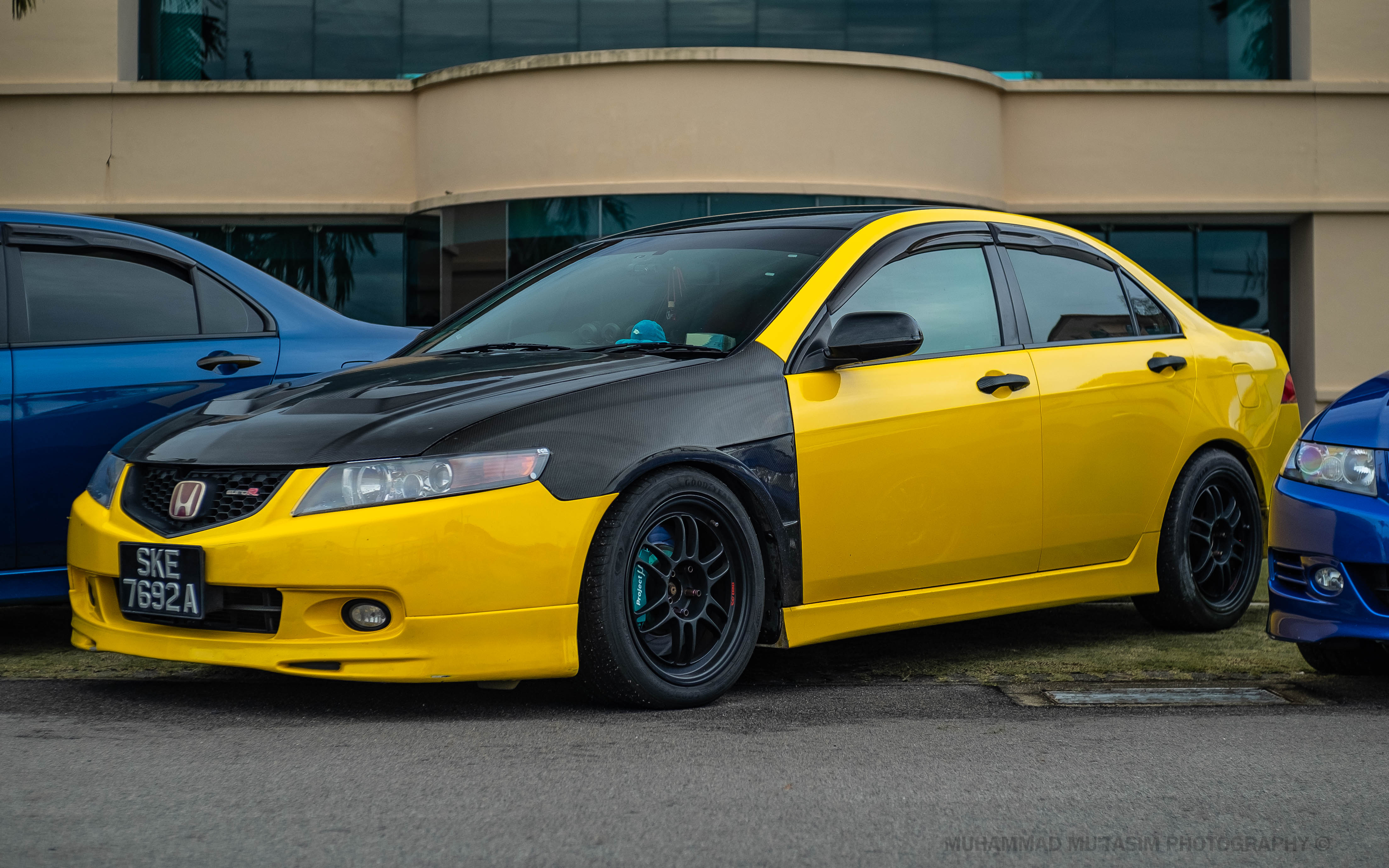 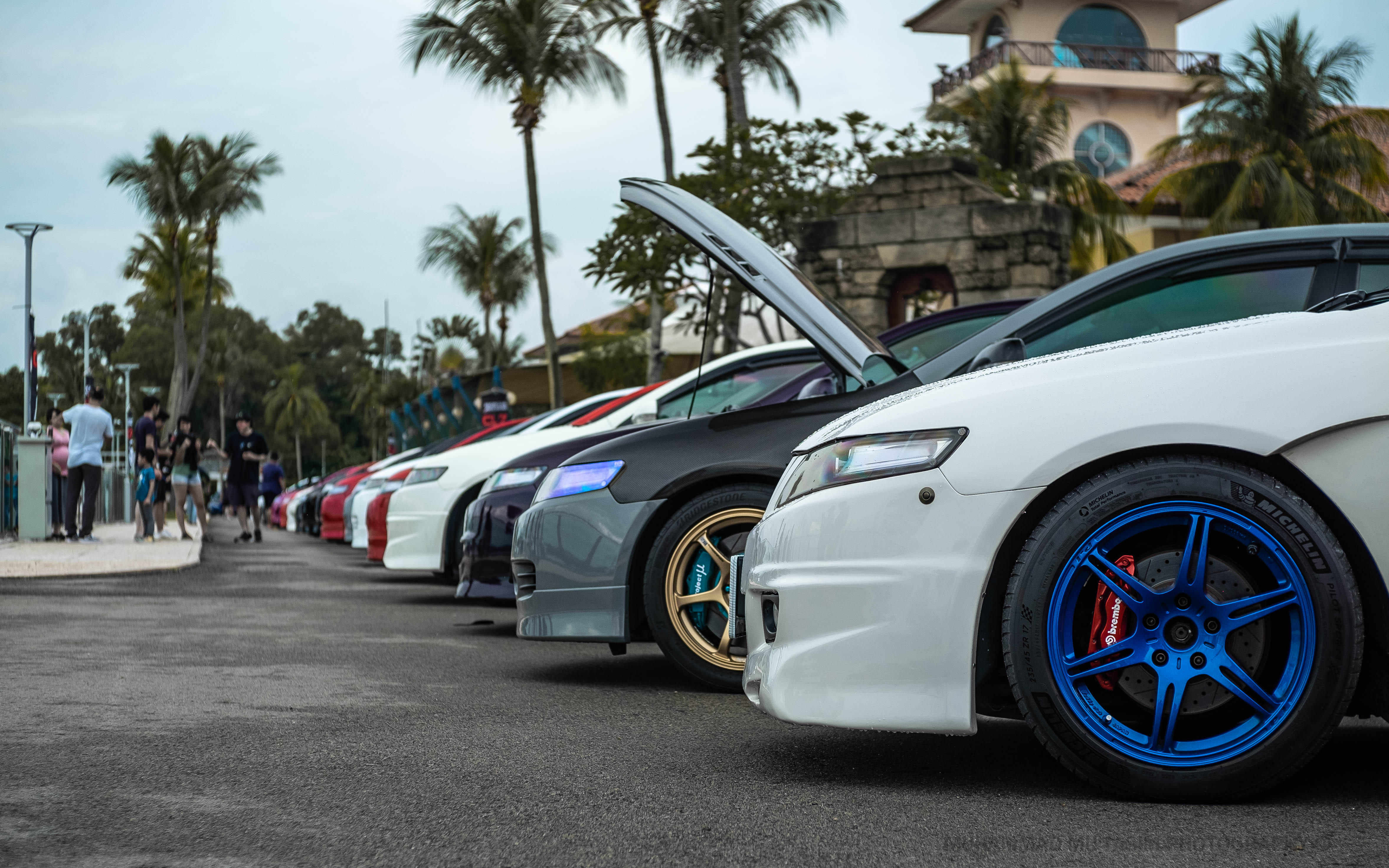 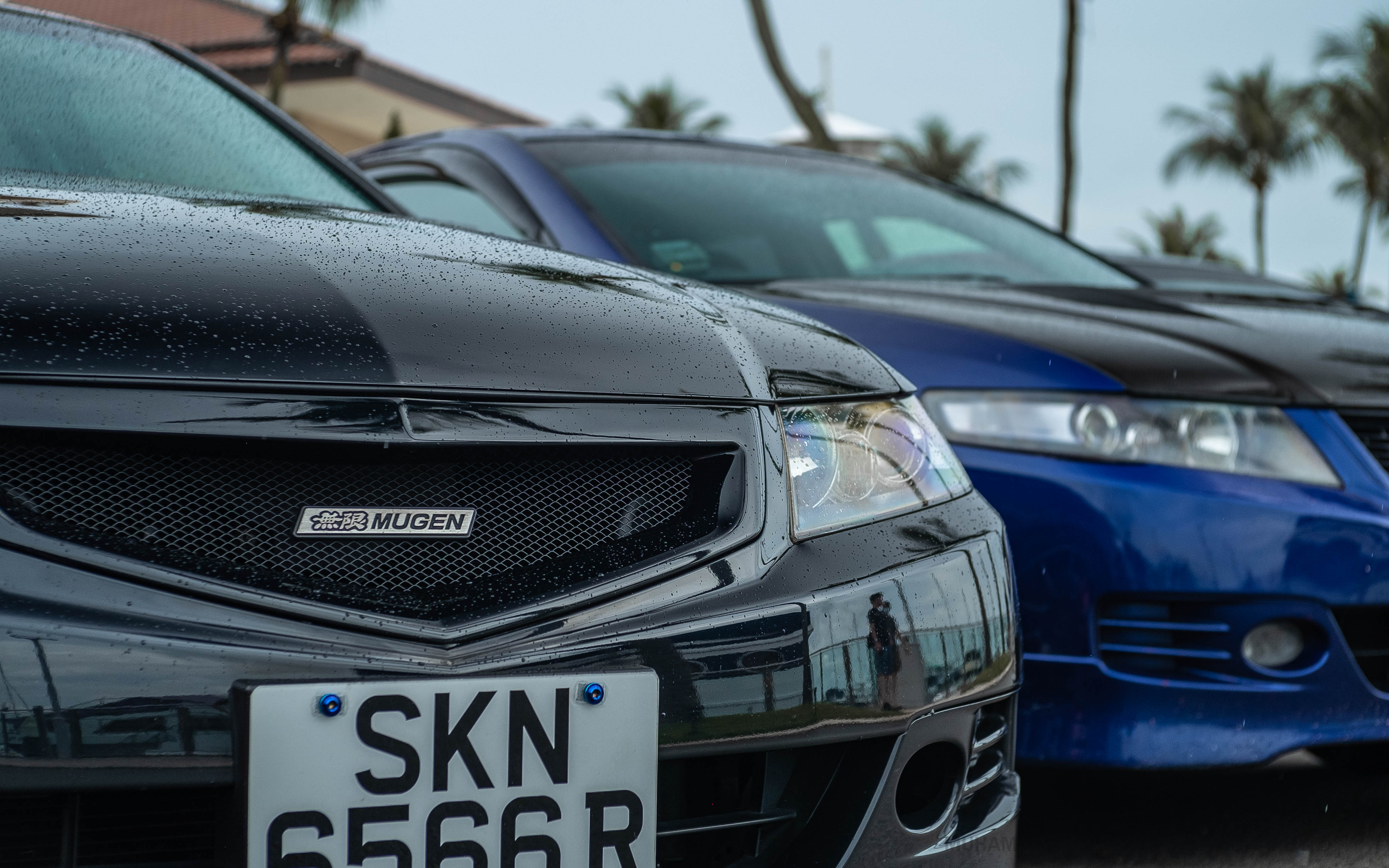 It's not the only modified CL7 there. Others were equipped with widened fenders, rear bumper diffusers, or even touring-spec wings that seem more at home around the corners of Sepang than next to a country club restaurant. 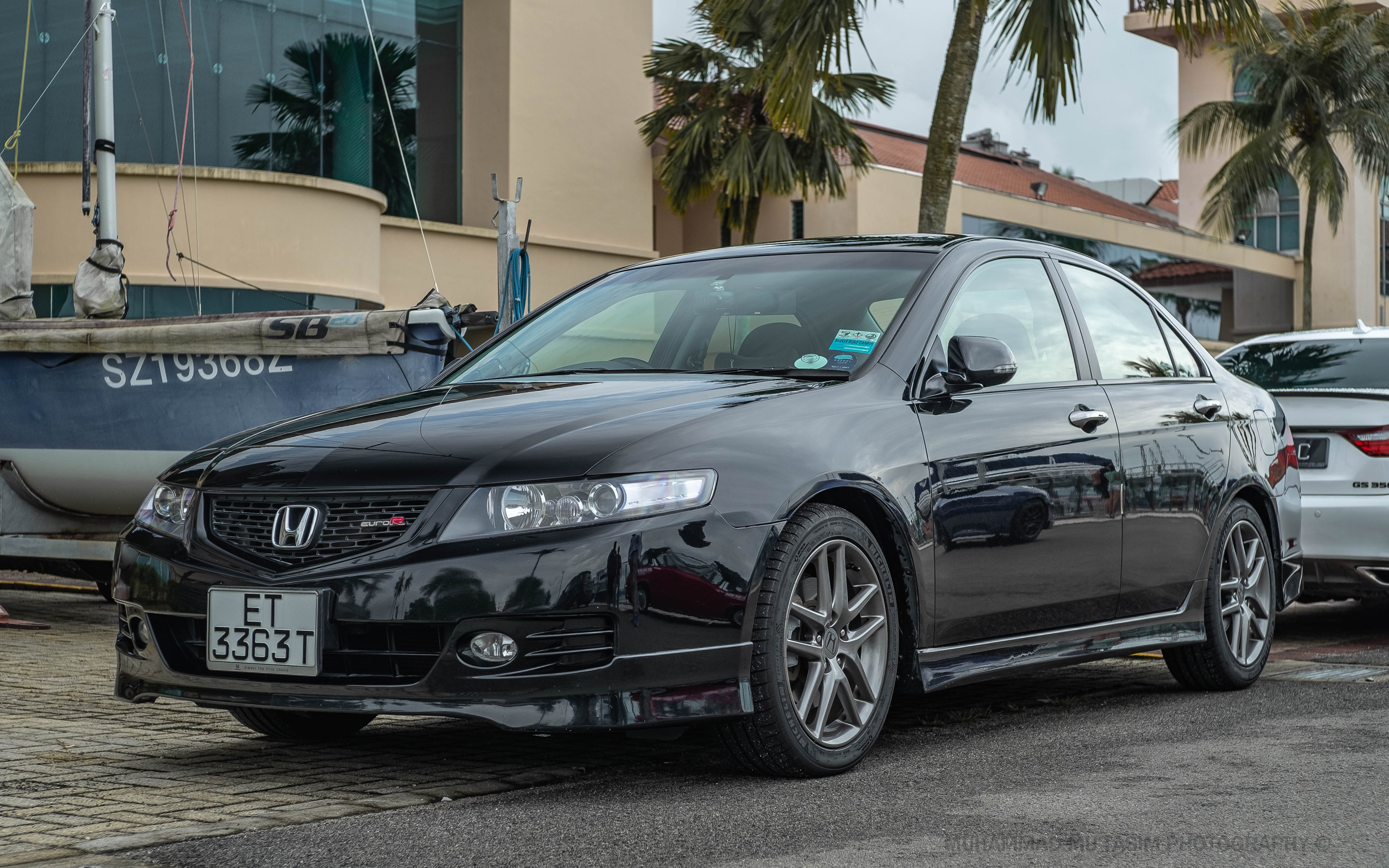 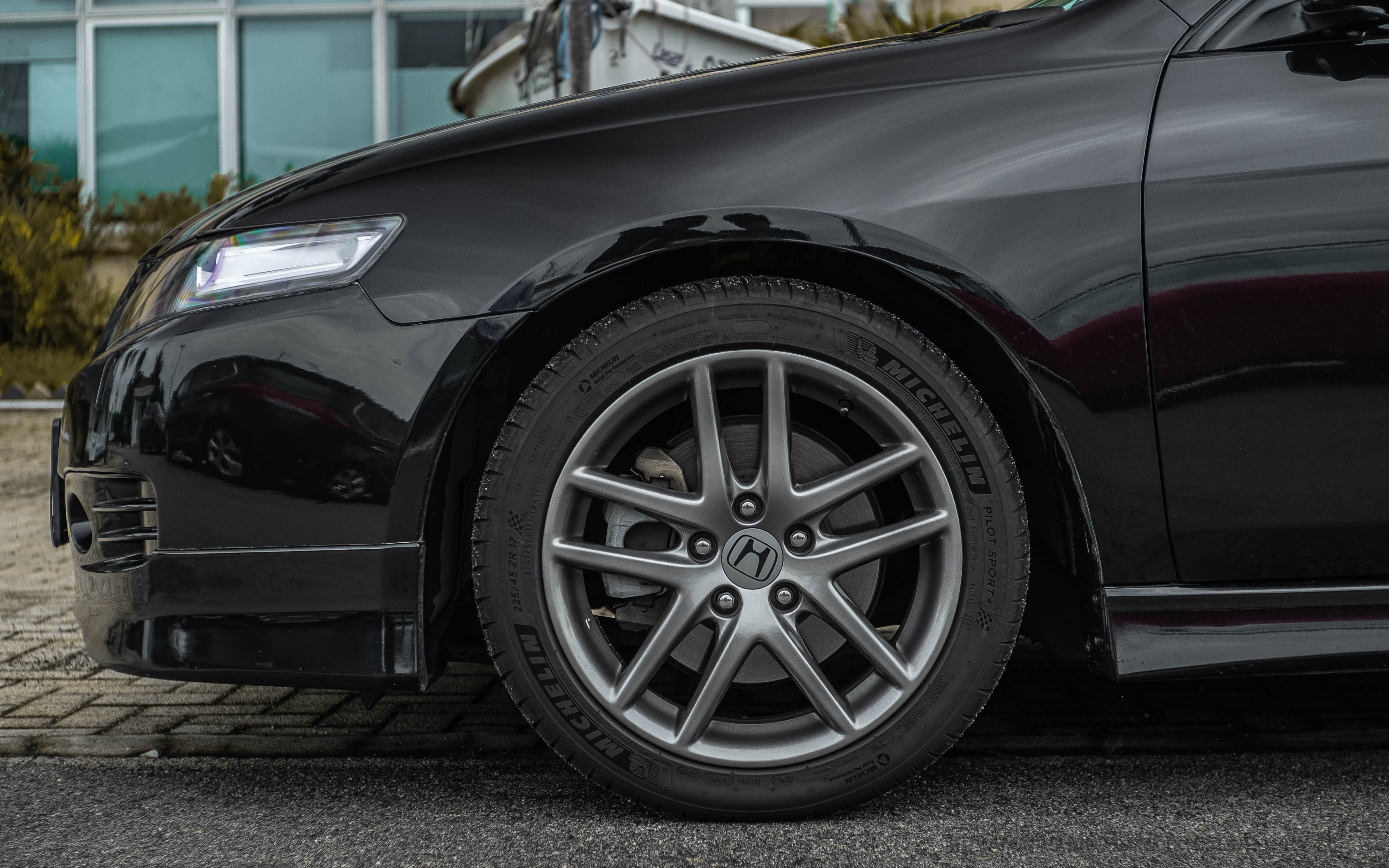 In stark contrast is this outstanding Euro R in Nighthawk Black Pearl, which drew plenty of attention due to its unusually standard nature. All of the usual wear-and-tear parts had been swapped out for brand new ones, essentially bringing the Accord back to factory fresh condition.

Even its OEM 17-inch gunmetal grey rims are bone-stock and in pristine order, as though we had time-travelled back to the mid-2000s. The interior is in similarly good (and mint) condition, with even the original head unit still in one piece. 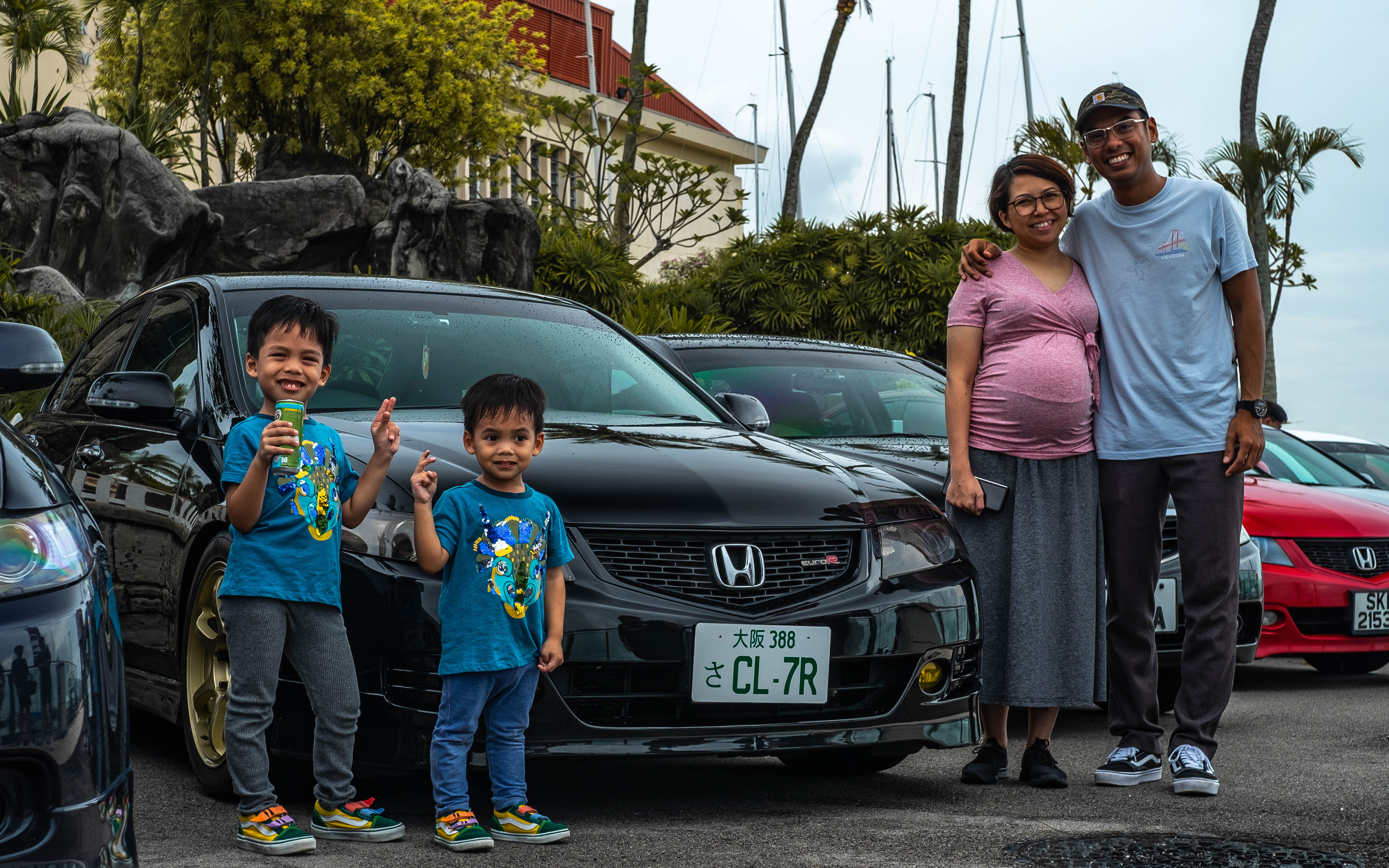 Some members even brought their families to the meet, to share the love and joy for all things CL7-related.

Which begs the question: why exactly does the Accord CL7 still command such a loyal following, even though it has gone through two complete COE cycles? 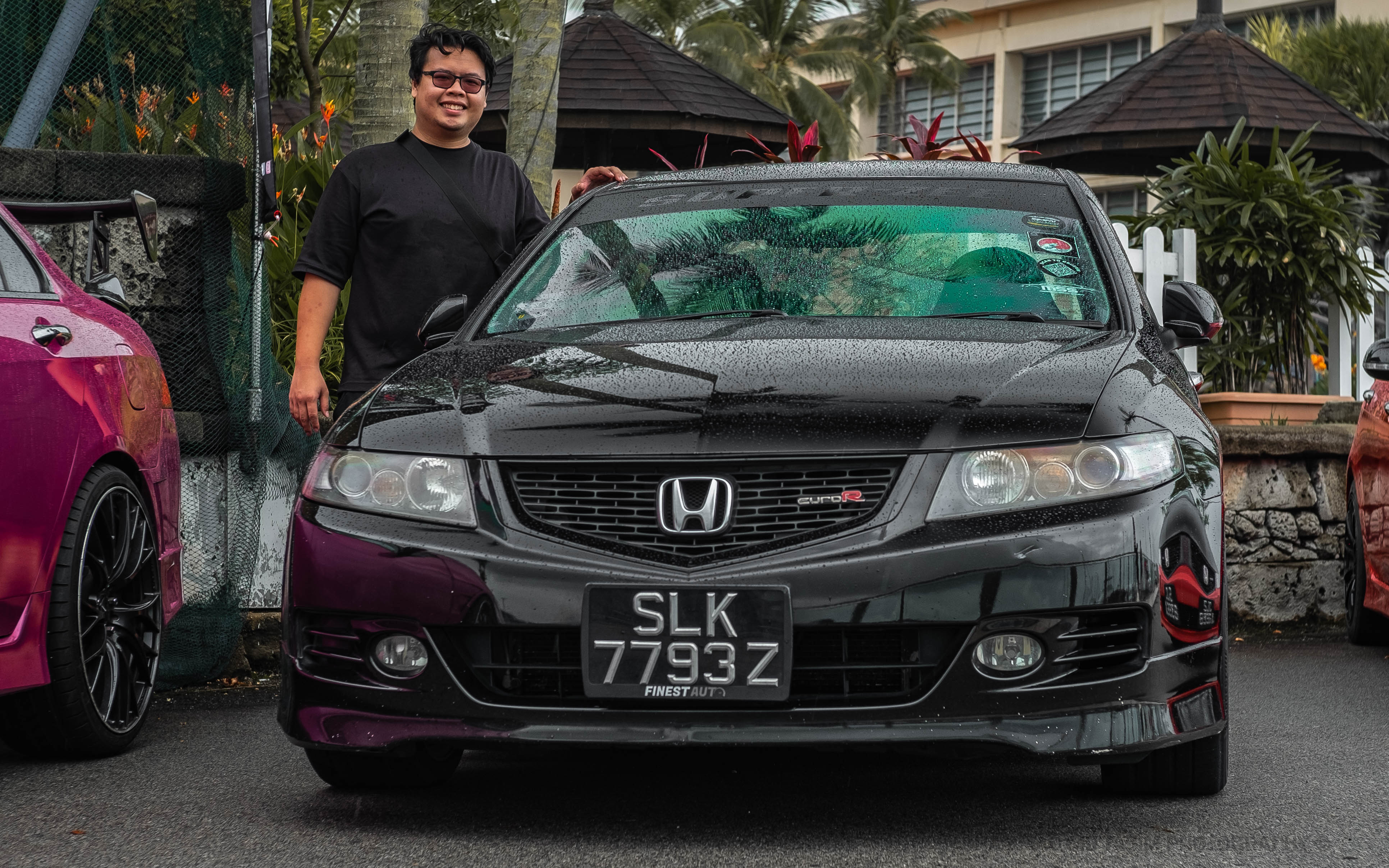 A fellow owner whom we had featured here in Motorist before, Mr. Ng Fu Dian (pictured above), states that the Accord simply offers an unbeatable performance-to-cost ratio, with plenty of driving feel to boot.

Mr. Ng says, "When I look at the Euro R, it ticks all the right boxes: it provides reasonable fuel consumption for the power (10 km/L), it's comfortable enough for daily drive, and given my high mileage due my work being reliant on the car, it is also reliable." 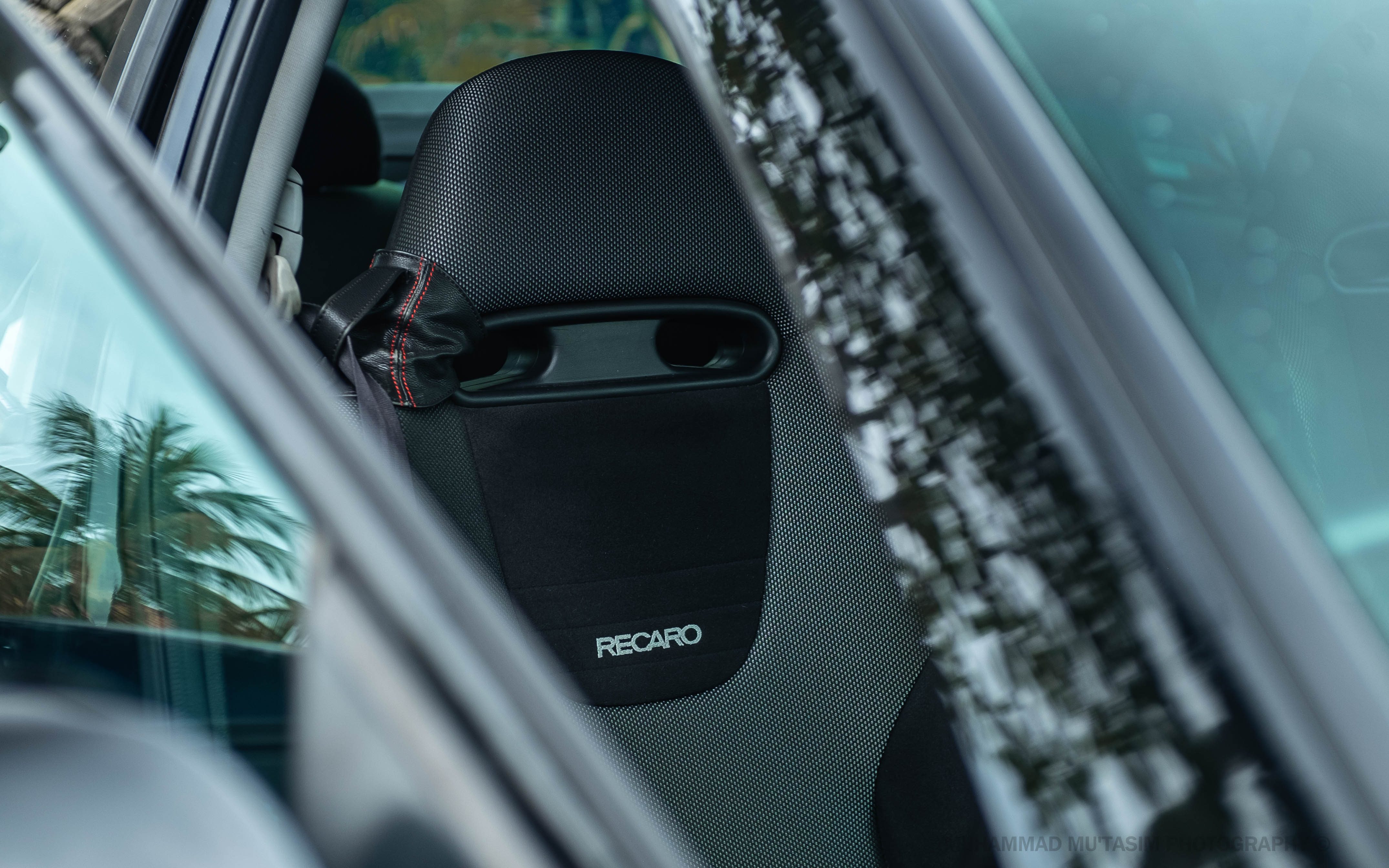 Just as important is how well it holds up well against depreciation, unlike its more contemporary (and costlier) cousin, the Civic Type R FD2, or the Subaru Impreza WRX STi hatchback.

He stresses that his car is mostly stock, with only reliability-oriented modifications (such as upper/lower arm replacements and an aluminium radiator) being done to keep it running for longer and better. According to him, he intends to keep it this way in order "to enjoy the car the way Honda designed it to be". 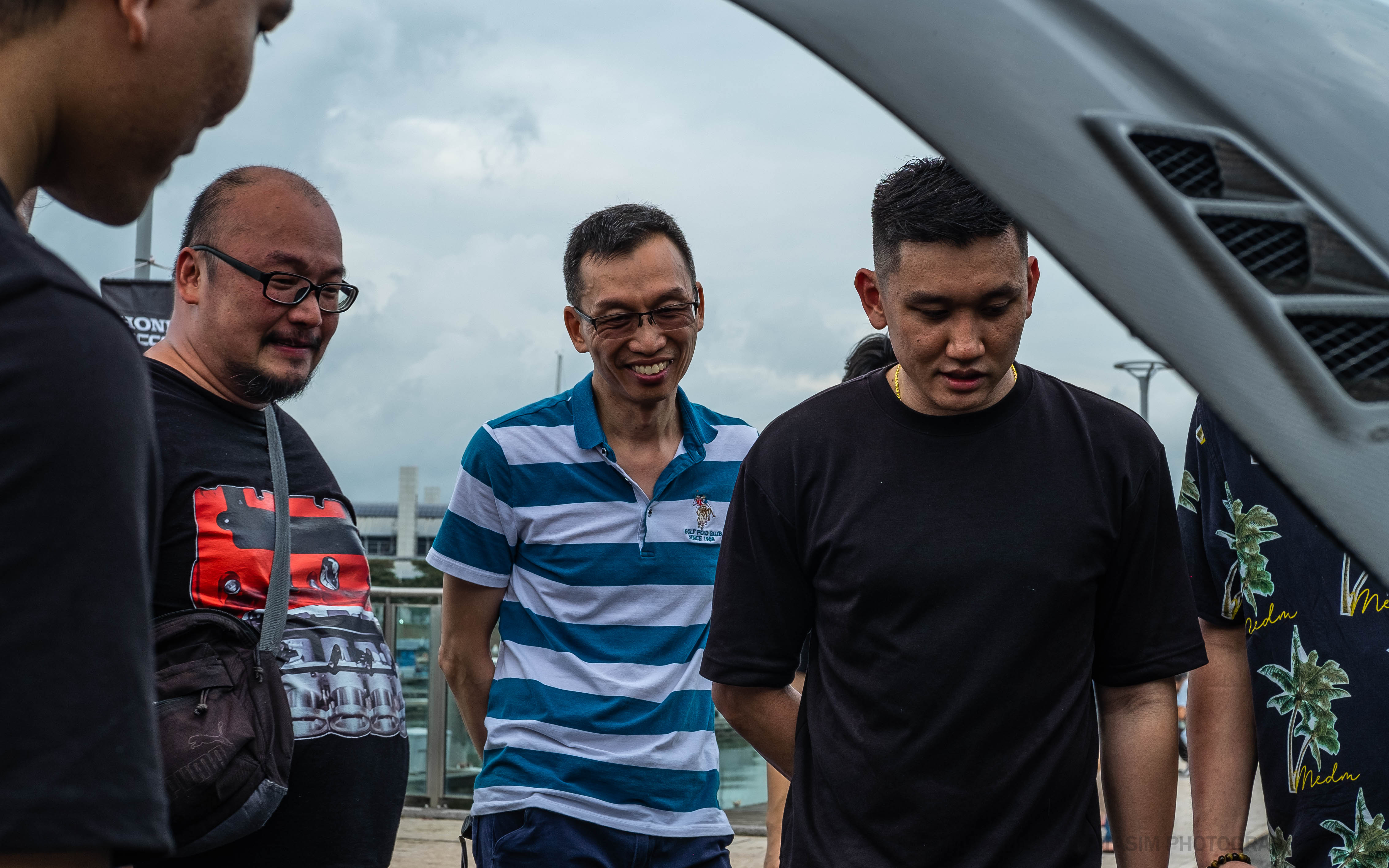 Other owners have echoed Mr. Ng's sentiments, stating that the Accord CL7 is one of the last few cars out there that provides the perfect mix of family car sensibility and high-revving NA VTEC insanity, something that we can attest to with confidence.

And unlike most other contemporary sports saloon cars today, the Euro R-spec CL7 comes with an honest-to-God six-speed manual transmission. No flappy paddle nonsense here, thank you very much. 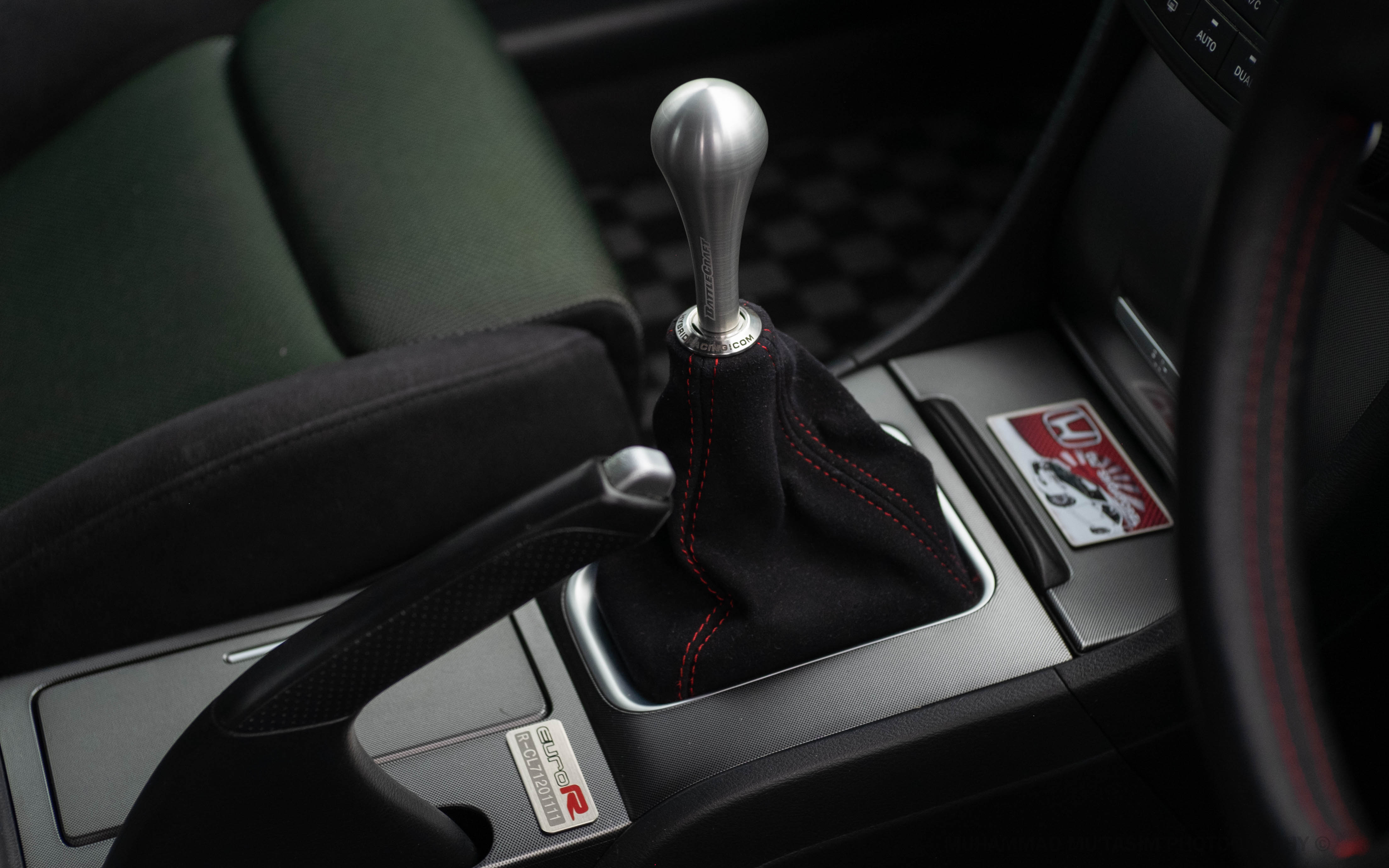 With a large international tuning community (still) backing it after all these years, the Accord CL7's still very much as relevant today as it was when brand new, with throngs of enthusiasts still looking to buy one even today.

After all, it has proven credentials in the world of motorsports, participating in various touring car championships and time attack challenges all across the globe. 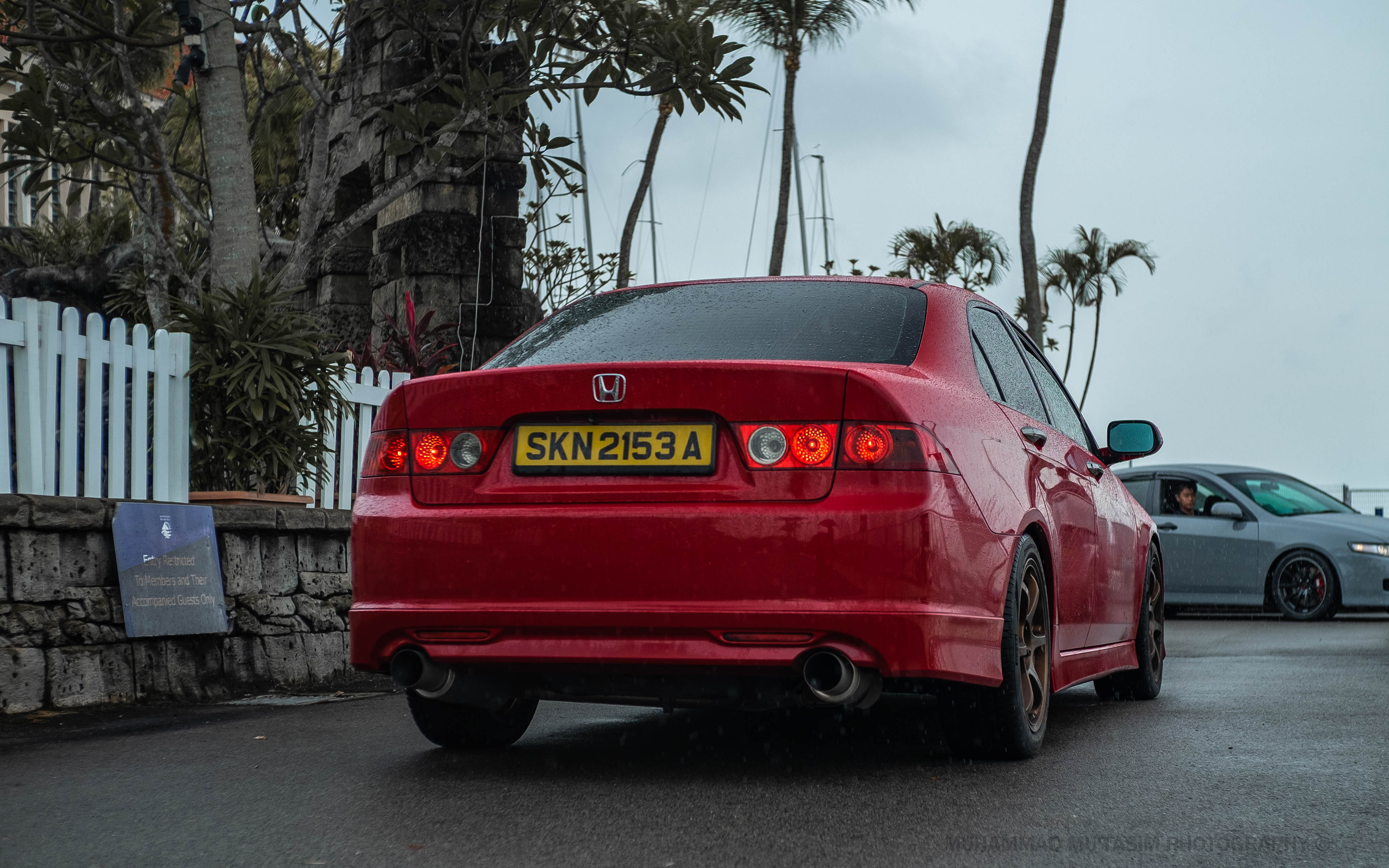 Being a family-friendly event, it was thankfully devoid of any irresponsible popping-and-banging antics that have plagued other car meets in recent times. Everyone was respectful of the venue and towards the organisers, who themselves were in remarkably high spirits throughout the day. 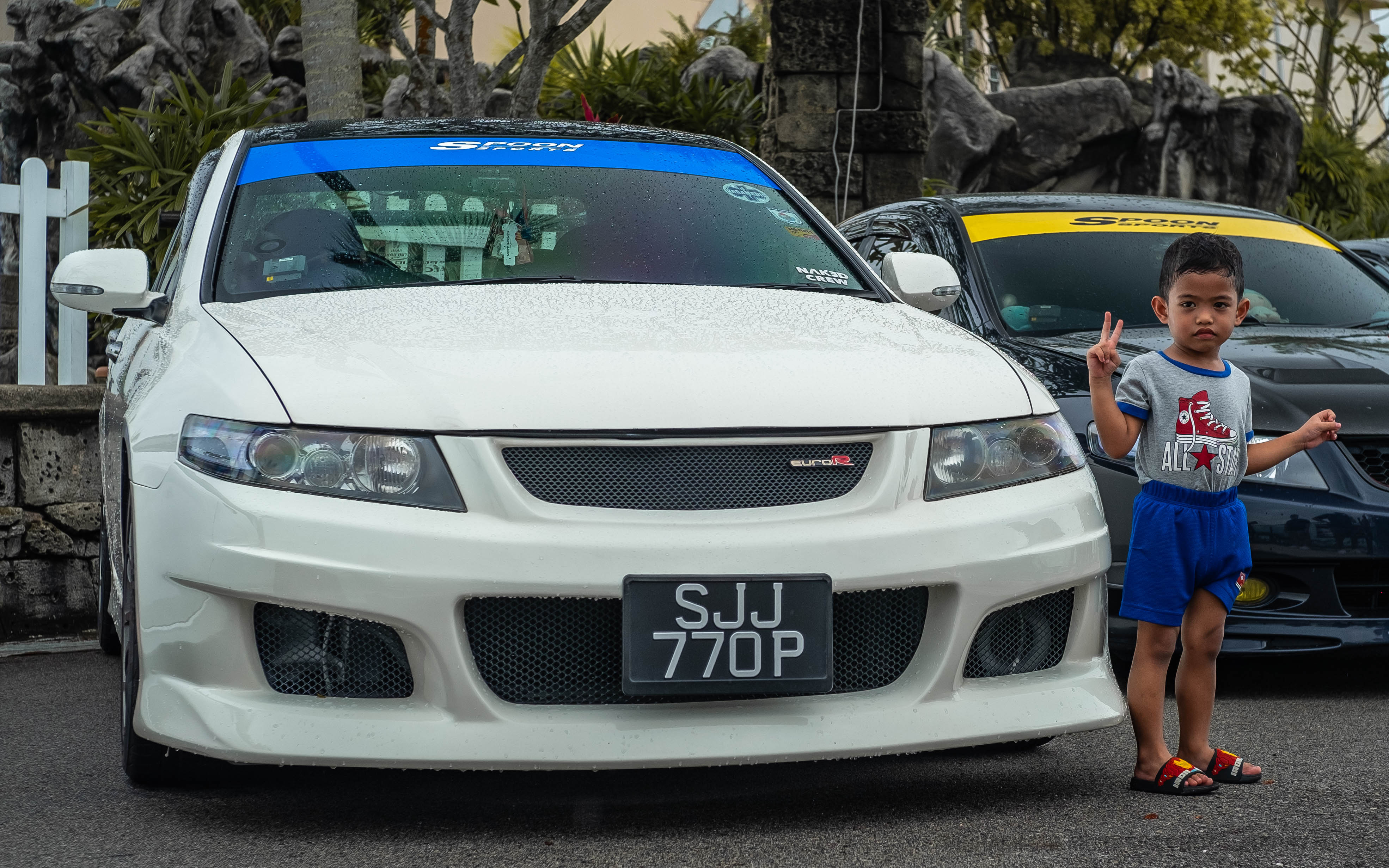 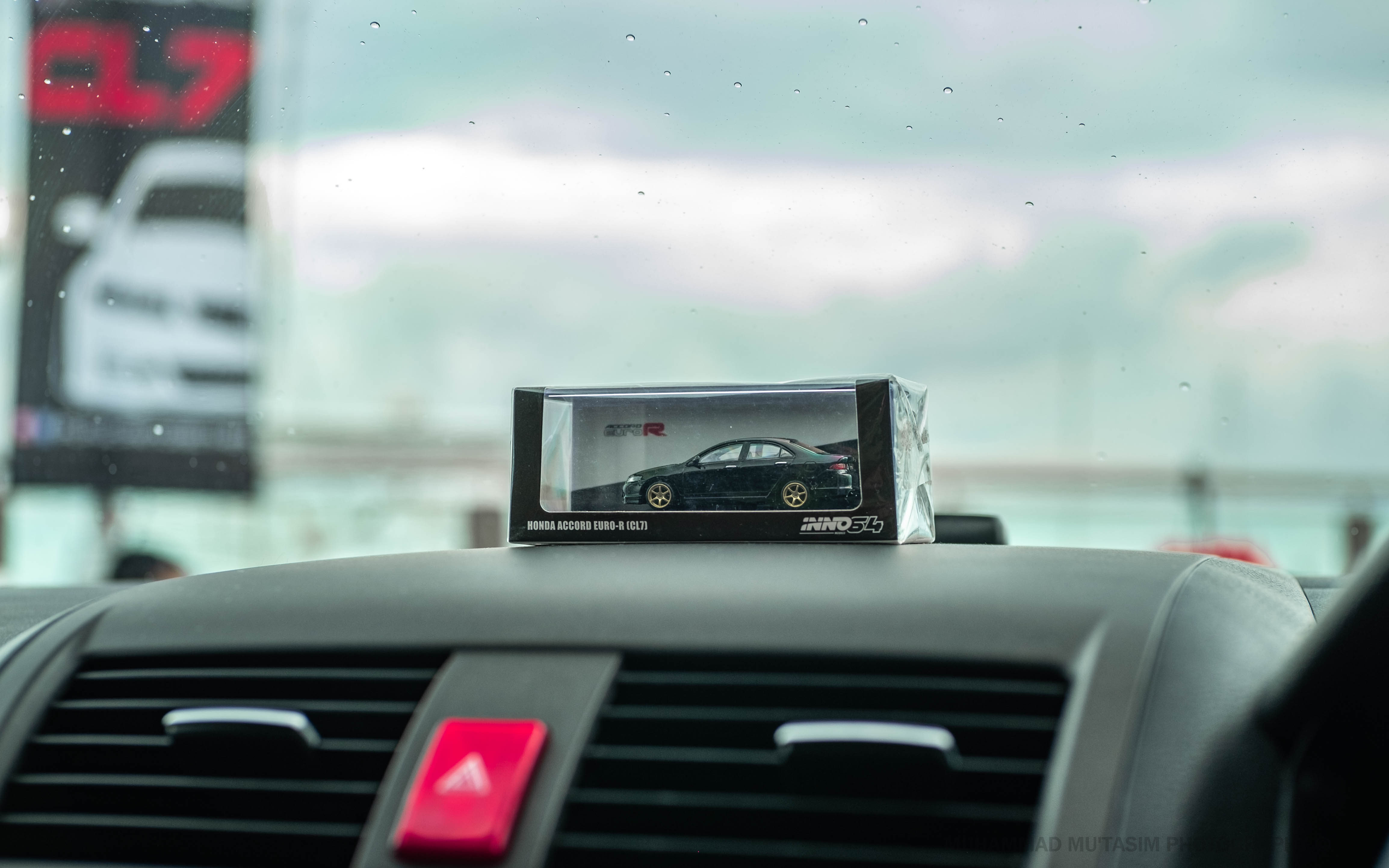 As the day progressed, the skies eventually cleared up, allowing for everyone in attendance to finally admire each other's rides up close (without fussying about with umbrellas) while the young ones ran around or admired the panoramic marina view towards Malaysia.

The event concluded with a series of lucky draws and enticing prizes attached, and of course, an obligatory group photo with all attendees and owners. 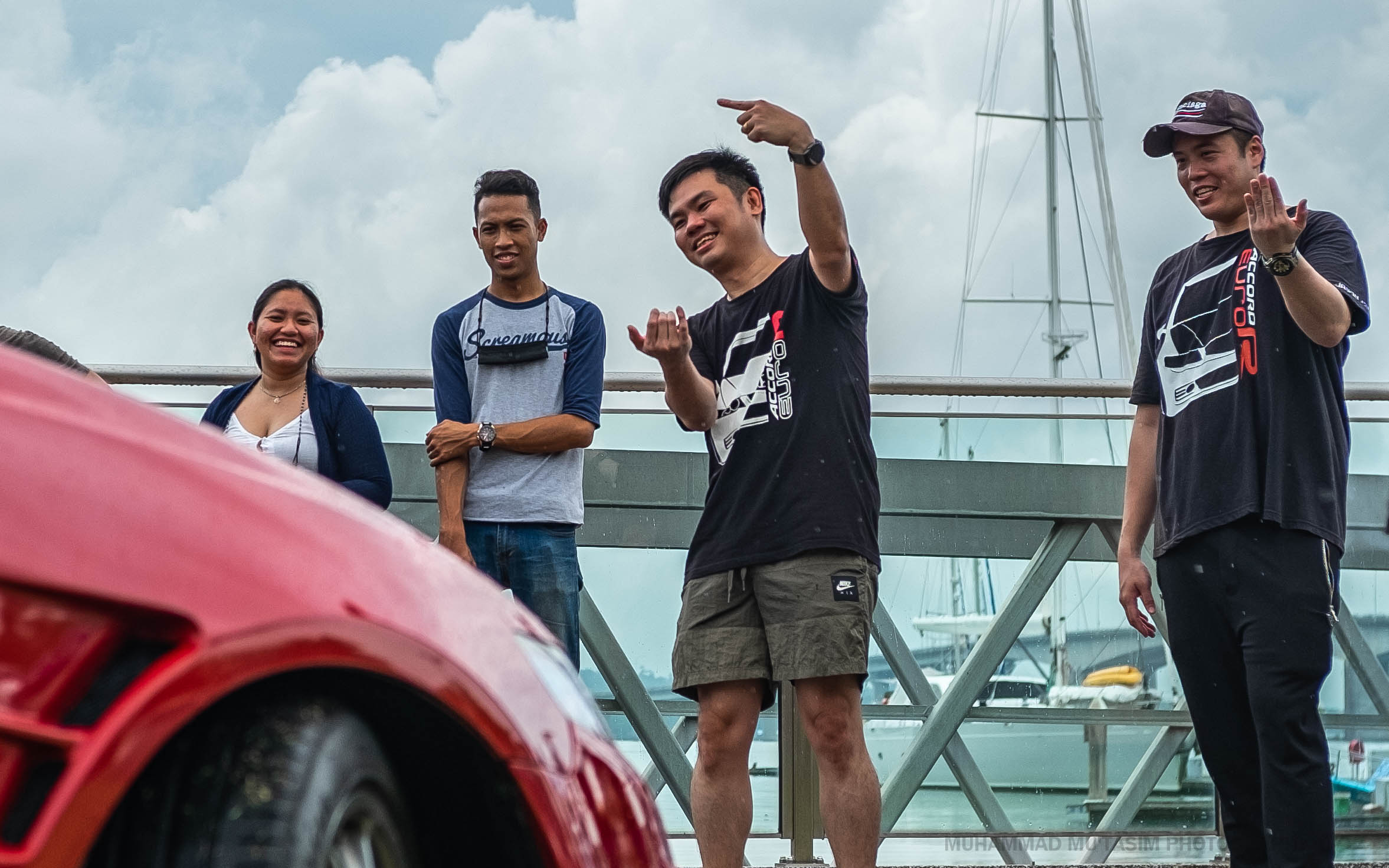 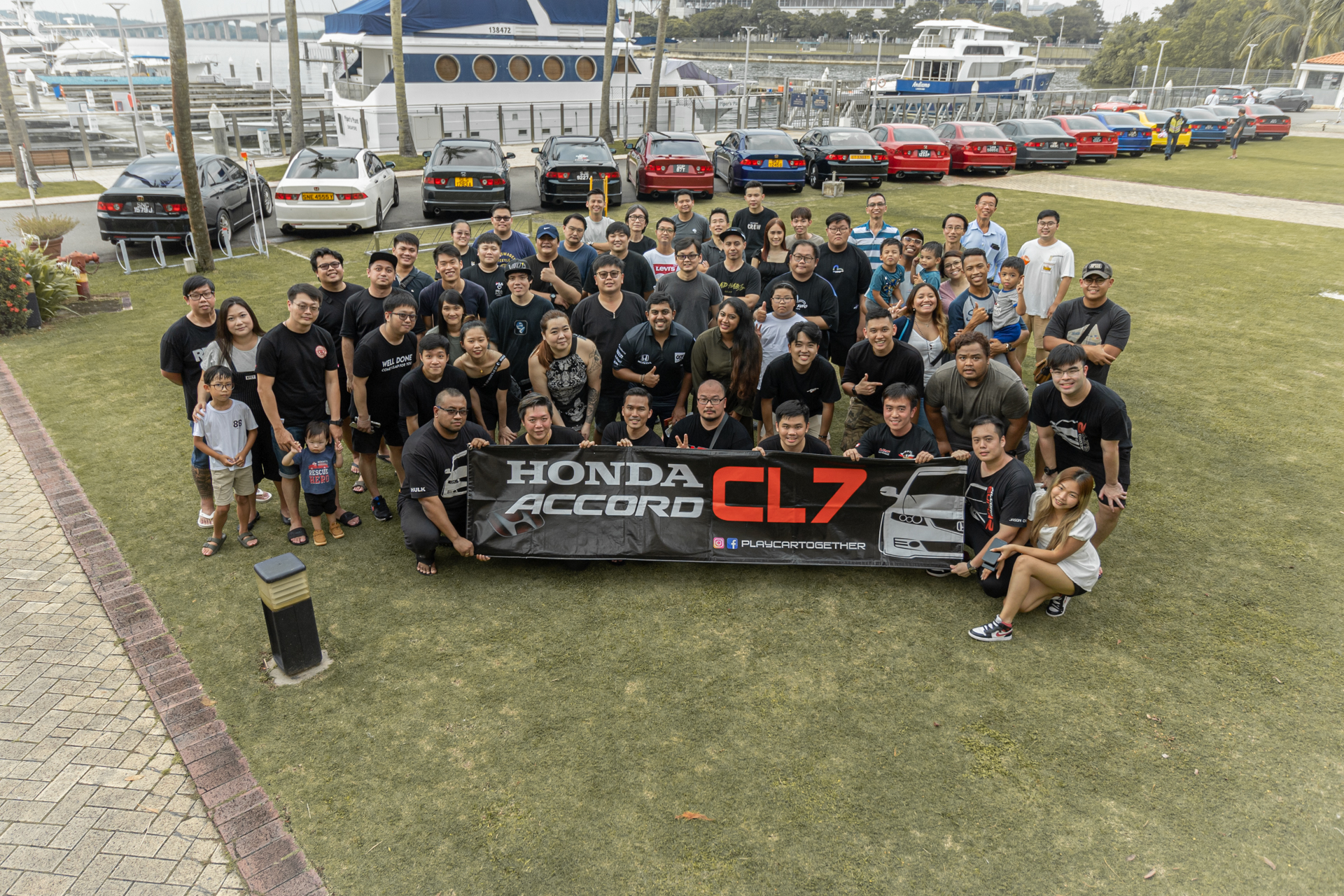 Motorist would like to thank the Honda Accord CL7 Owners' Club for inviting us to cover the event as the official media representative, and for allowing us to take a peek into their world!

Read More: The 'H' In Honda Stands For 'Heart'