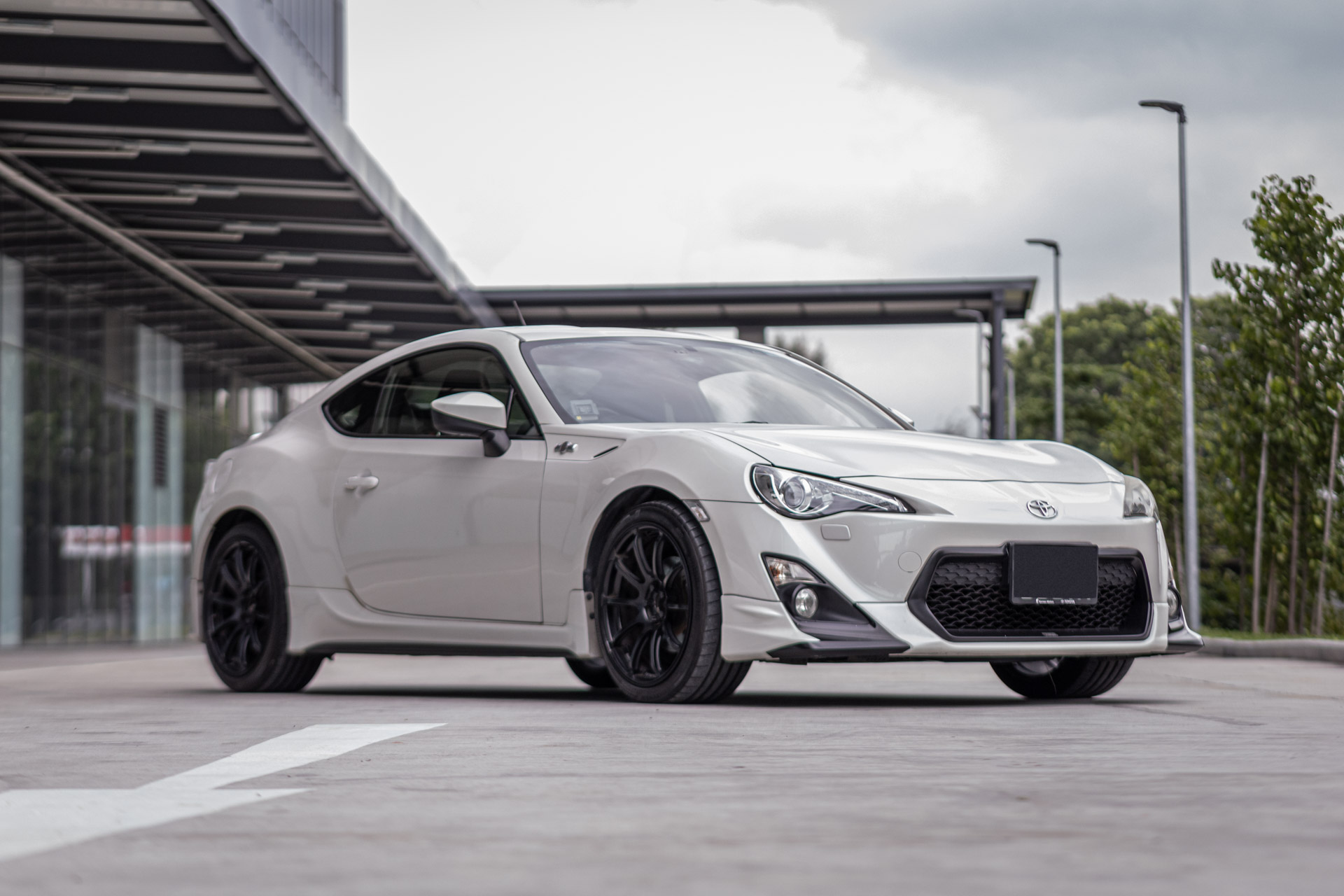 Front engine, rear-wheel drive and lightweight, it was the perfect back-to-basics recipe. The Toyota 86 (also known as the Subaru BRZ) was built from the ground up as a driver’s car, with handling, style and value in one neat package.

When the Toyota 86 (and the Subaru BRZ) was launched in 2012, it was a clean sheet design, a rare occurrence in the automotive industry. A joint partnership between Toyota and Subaru, the Toyota 86 was designed and engineered with input from both manufacturers.

A car like the 86 was almost unheard of from Toyota, who were more known for producing sedate four-door saloon cars. Subaru themselves were apprehensive about the project in the beginning too, as a rear-wheel drive car didn’t fit with their all-wheel drive ethos. Nevertheless, development continued, and the 86 (and its BRZ twin) proved to be a global hit, with the platform being popular both on the street and in motorsport.

A quick side note, this Toyota 86 is currently listed for sale at Sphere Automobile, so do approach them if you are interested!

This is a first generation Toyota 86 (chassis code ZN6). Sharing the same underpinnings as the BRZ, both were built at Subaru’s factory in Gunma, Japan. Still, each car did have different front bumper designs and suspension tuning that was specific to Toyota and Subaru.

The 86 only came with one engine choice, the 4U-GSE (or FA20), which was a naturally aspirated 2.0-litre flat-four engine from Subaru, producing 200hp and 205Nm of torque, with power being sent to the rear wheels only via a six-speed automatic or manual transmission. 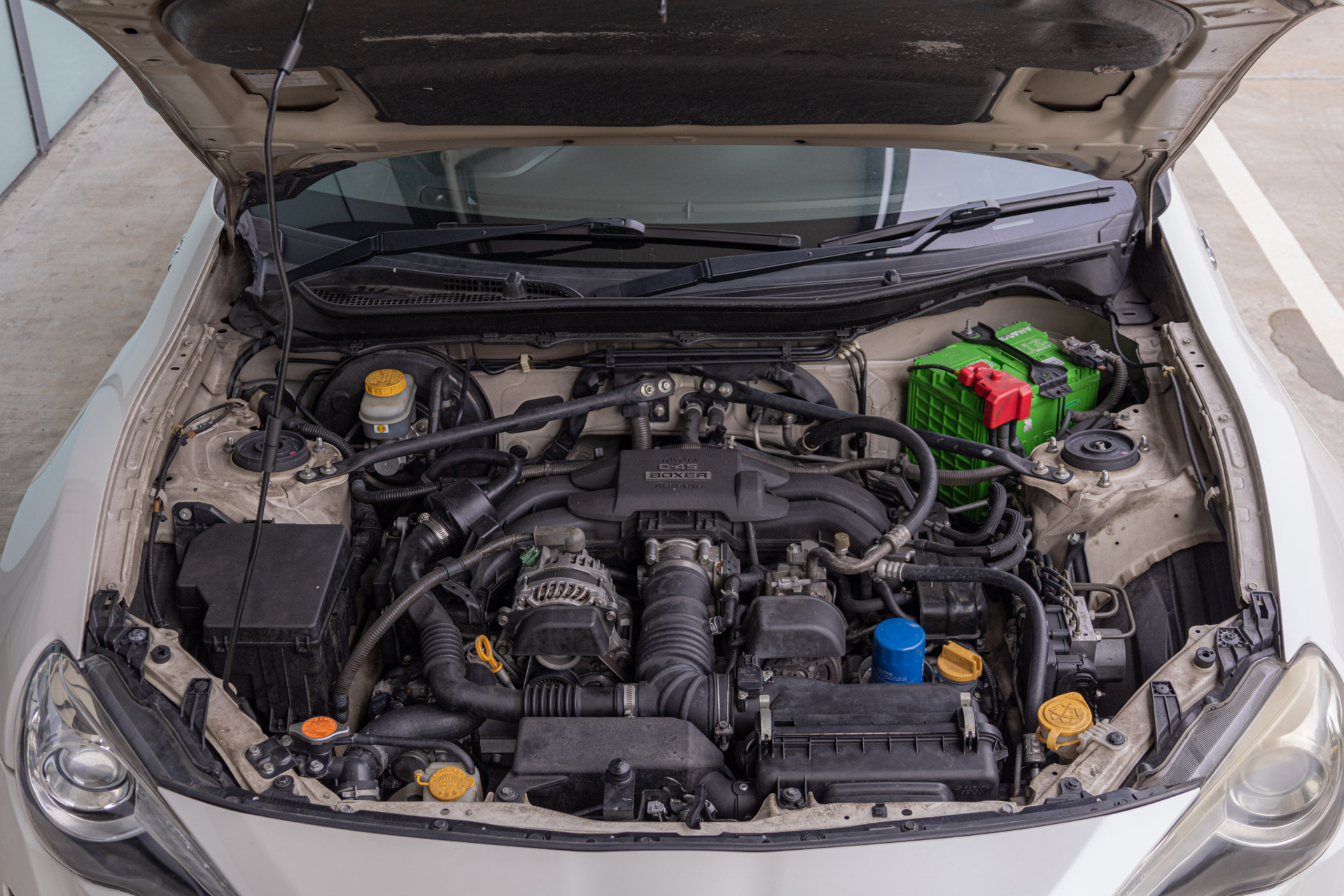 With the modification potential of the 86 platform, most existing units tend to be modified in one way or another. While stock ones do exist, they aren’t as common. This particular unit is stock, except for the wheels, which are an aftermarket 18-inch set from ADVAN Wheels. 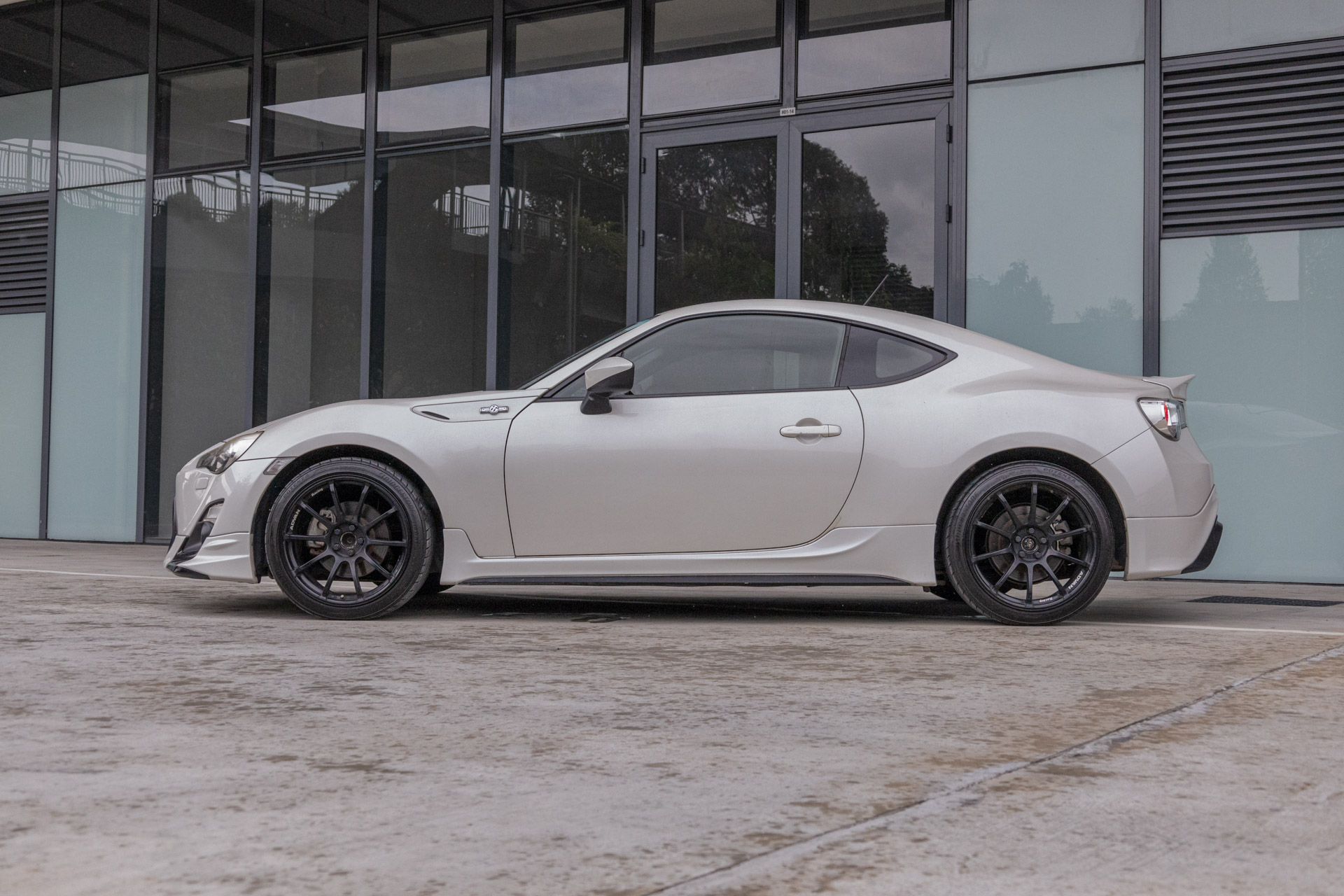 Without forced induction, power numbers didn’t reflect its appearance, and this showed in the century sprint. For automatic transmission equipped 86s, accelerating to 100km/h took 8.2 seconds, while those equipped with the manual transmission took 7.6 seconds. Not exactly slow, but it wouldn’t set your hair on fire either. Still, with automatic models weighing between 1243kg to 1263kg, this combination of low weight, a limited slip differential and weight distribution of 53% front and 47% rear, gave the 86 handling characteristics that were widely praised by reviewers.

Toyota has a legendary reputation for reliability. While the 86 has Toyota badging, the engine is from Subaru. That being said, owners have reported the engine to be quite reliable, rarely giving any problem. The same can’t be said for fuel economy, though.

With a 50 litre fuel tank, fuel economy is a claimed 14.1km/l (7.1l/100km). With mixed driving, owners have reported much lower figures, ranging from 6km/l to 8km/l, which would equate to a range of 300 to 400 kilometres. If more expressway miles are clocked, say an extended stint on the North-South Expressway, 600 kilometres (12km/l) on a full tank is possible. 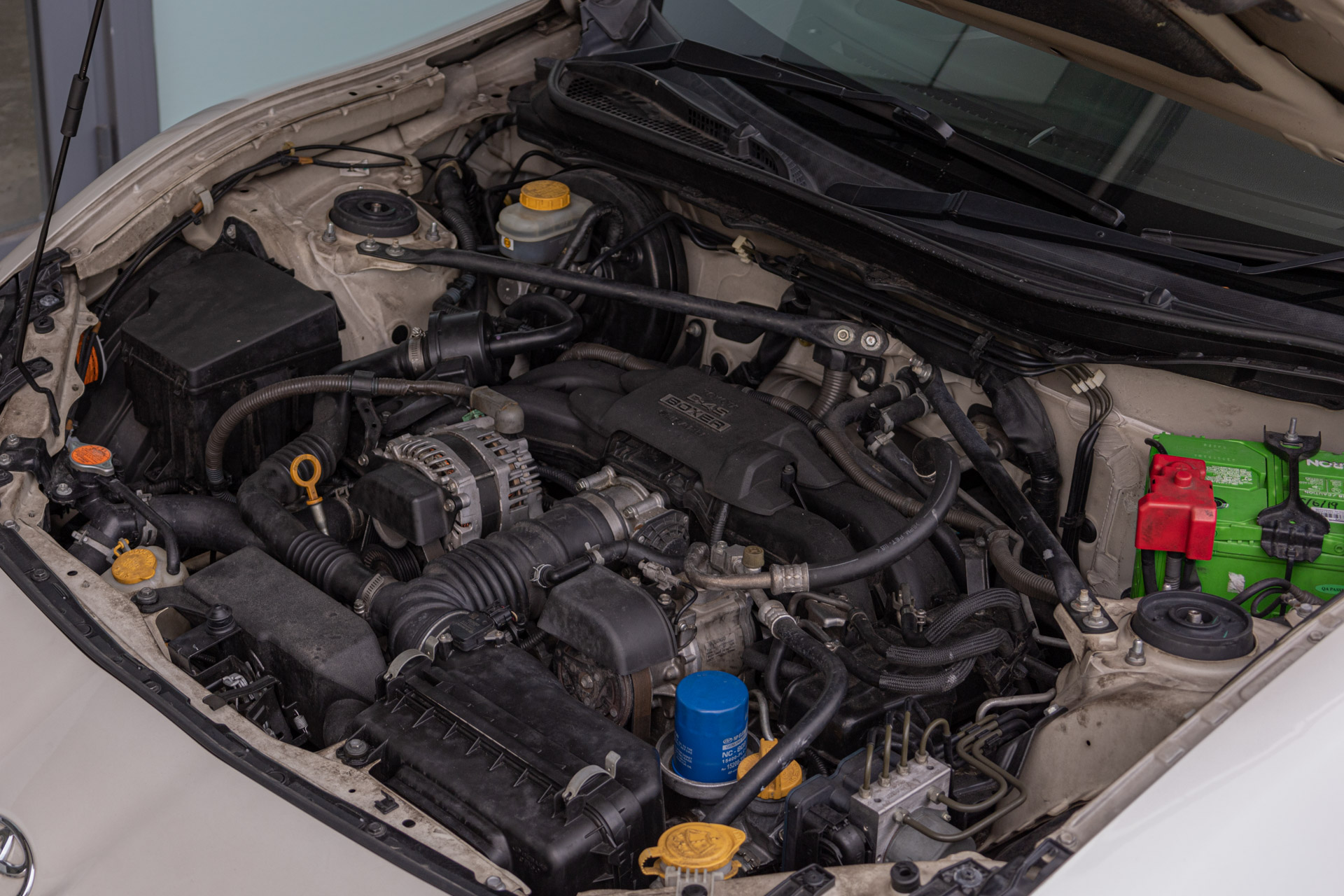 Still, there are a few issues that have been reported as the first of these cars start to turn 10 years old. A widely reported problem is a knocking sound from the steering rack, especially when turning at low speeds. Fortunately, this issue can be rectified by replacing the steering damper, which is an inexpensive fix.

The engine has also been known to idle roughly, leading to excessive shuddering or the engine even cutting out, due to a software fault in the ECU. This can be rectified by having the ECU reprogrammed. Additionally, if there is a chirping-like noise present when the car is on, this signifies a problem with the high pressure fuel pump, which is known to be problematic. Replacing said fuel pump will solve the problem.

Other than the aforementioned issues, the 86 is pretty reliable. However, It should also be noted that it is not the most widely produced car in the Toyota lineup, so local owners have recounted facing difficulties when sourcing for original parts. Then again, this problem can be rectified by turning to the aftermarket. 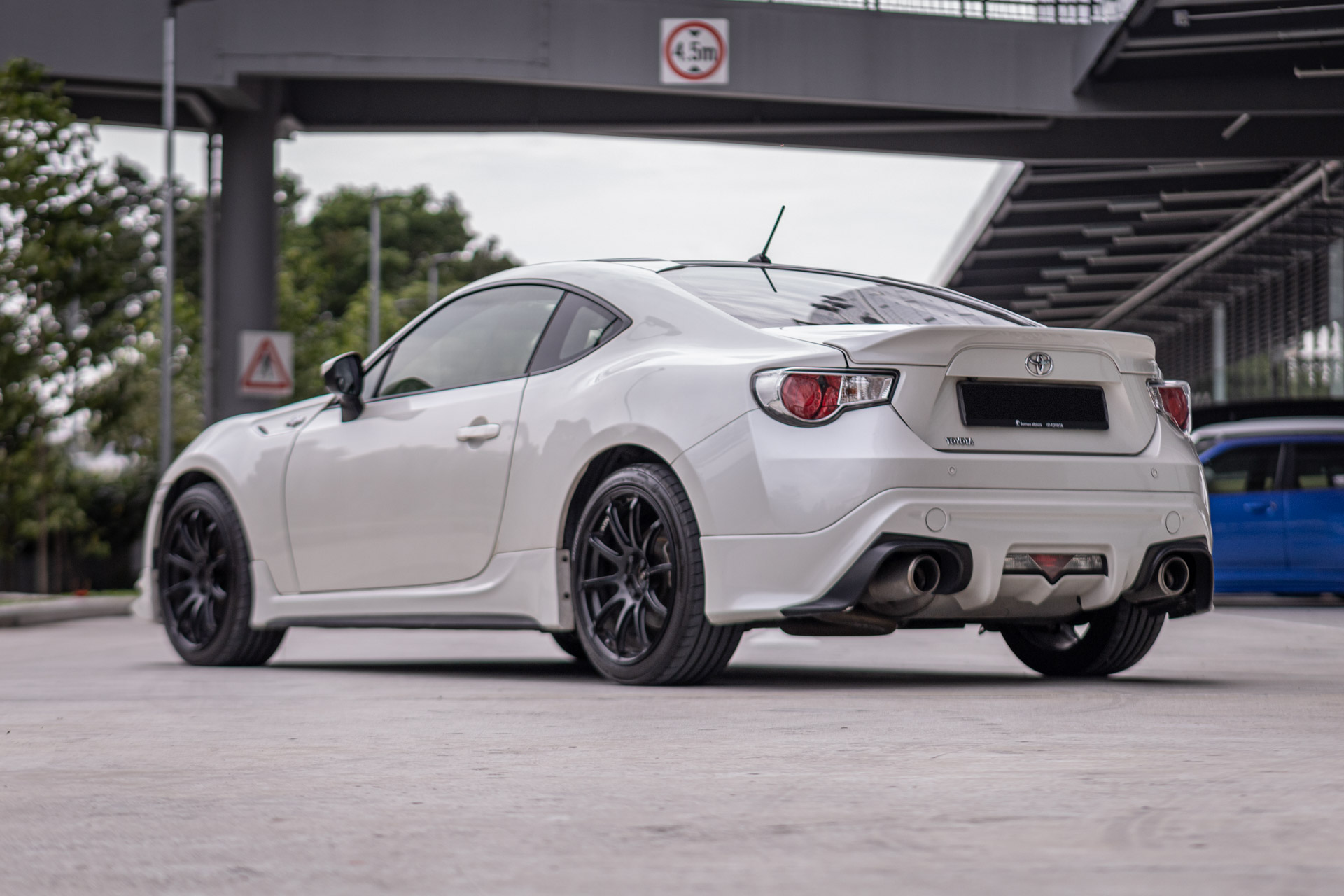 Ultimately, do have a pre-purchase inspection done if you are interested in purchasing an 86. Most, if not all of the units brought in by the local Toyota agent have already had their warranties lapse (the BRZ was on sale until January 2021, so if your unit was from the Subaru agent, there could still be an existing warranty), and having an inspection could potentially save you from expensive repair bills down the road.

Officially, the 86 is classified as a 2+2 seater. However, one look will tell you that fitting anyone in the back seat is optimistic unless they are kids or are small in stature. In a pinch, regular-sized people can squeeze in the back, but only if they seat cross-legged and have the front passengers sit quite close to the dashboard and steering wheel (don't ask me how I know this).

You would think that headroom might be an issue here, but even taller people will fit quite comfortably, as you are able to adjust the seat quite low to give your head additional room. 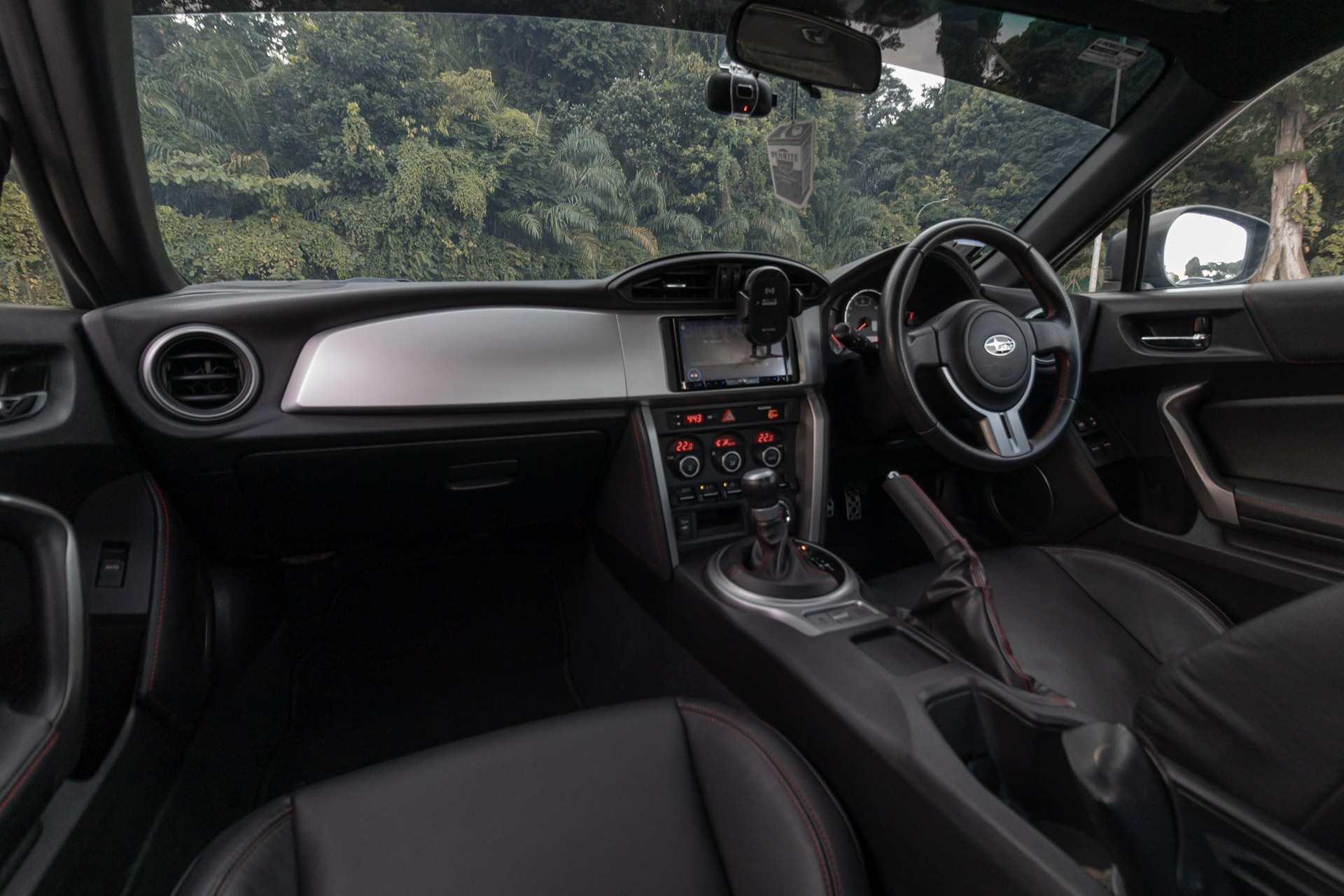 The interior is fairly simple and uncluttered, and with this particular unit being a “High Grade”, the seats are all upholstered in ultrasuede with red accents and stitching, and are manually adjustable. Besides the perforated leather on the steering wheel, the rest of the interior is hard black plastic.

The controls for the HVAC system are physical buttons and dials, making adjustments a straightforward affair. With a small cabin, cooling it down takes no time at all, especially with the air-conditioning blowing cold. There is also dual zone climate control, so both passenger and driver can select the temperature that they’re comfortable with. 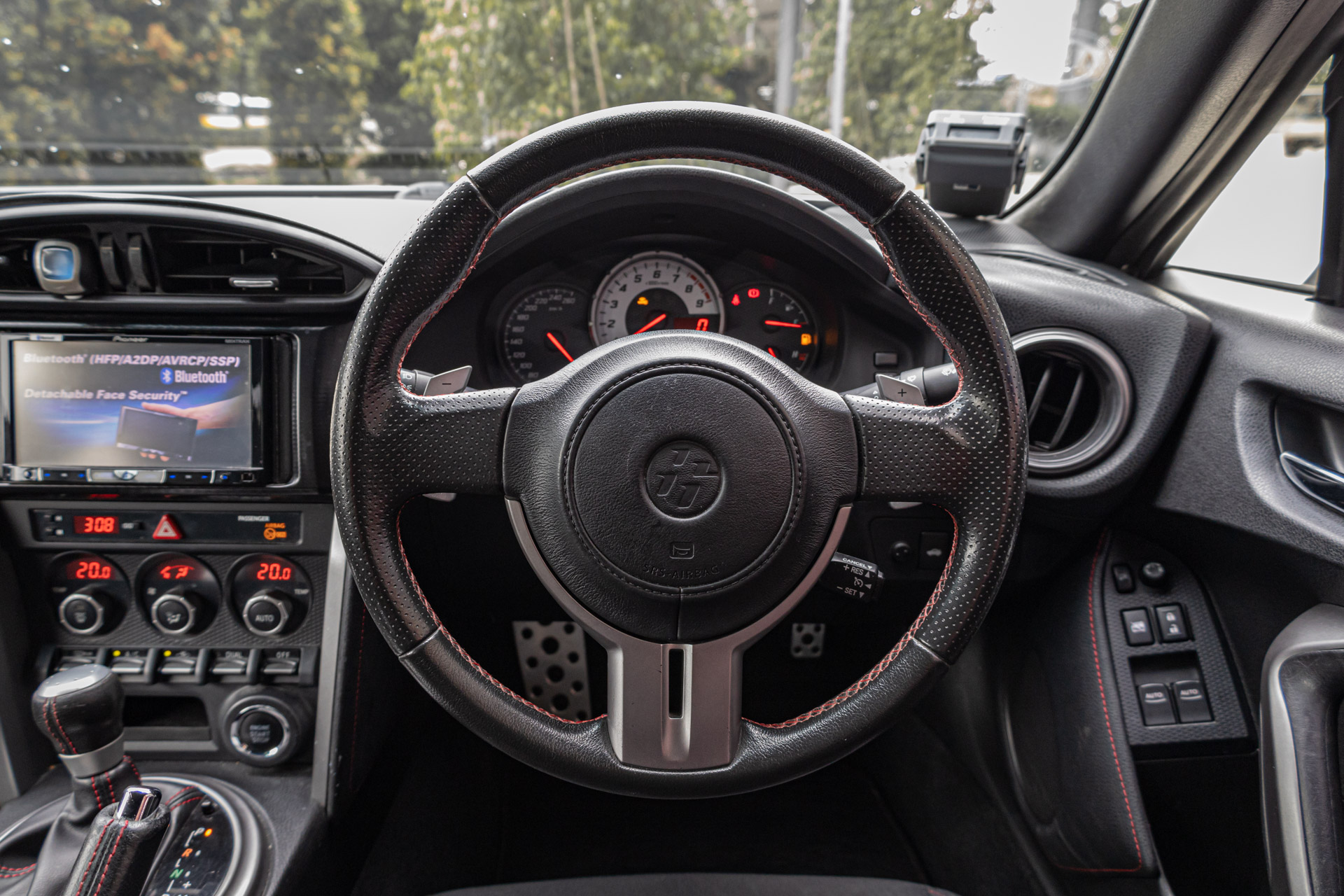 The original head unit from the factory was extremely basic, lacking in functionality besides the radio, AUX connection and a CD player. Not surprisingly, most owners swapped it out for an aftermarket unit like the one seen here, which has additional features like Bluetooth and navigation. 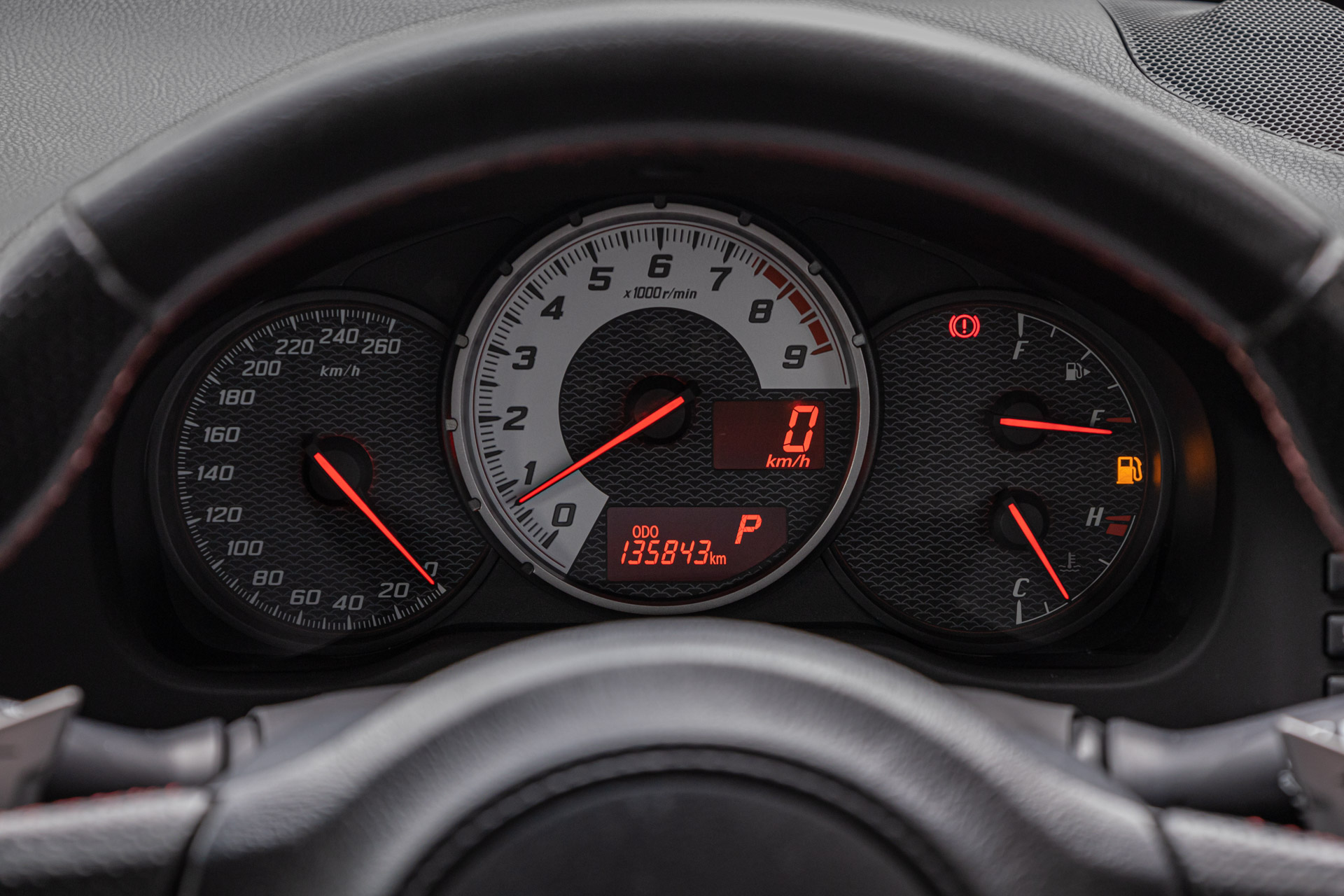 The gauge cluster is completely analogue, with a big tachometer and speedometer for easy viewing. Only the odometer and speed readout are digital, with both being displayed on small screens.

While the official boot capacity is 237 litres, there looks to be a fair amount of space available, and two pieces of luggage should be able to fit into the boot without issue. If you think the boot is insufficient, you can always fit additional bags or luggage in the back seat, since those aren’t exactly suited for carrying passengers to begin with.

Additionally, there is also a cutout in the boot floor for a space saver spare tyre. If you want something different, but still simple and driver focused, you can’t go wrong with the Mazda MX-5. Sold locally in both convertible and hardtop versions, with automatic and manual transmissions, this is perhaps the genesis of the modern small Japanese sportscar. Power wise, it might be down about 20 horsepower compared to the 86, but it weighs about 130 kilograms less too. 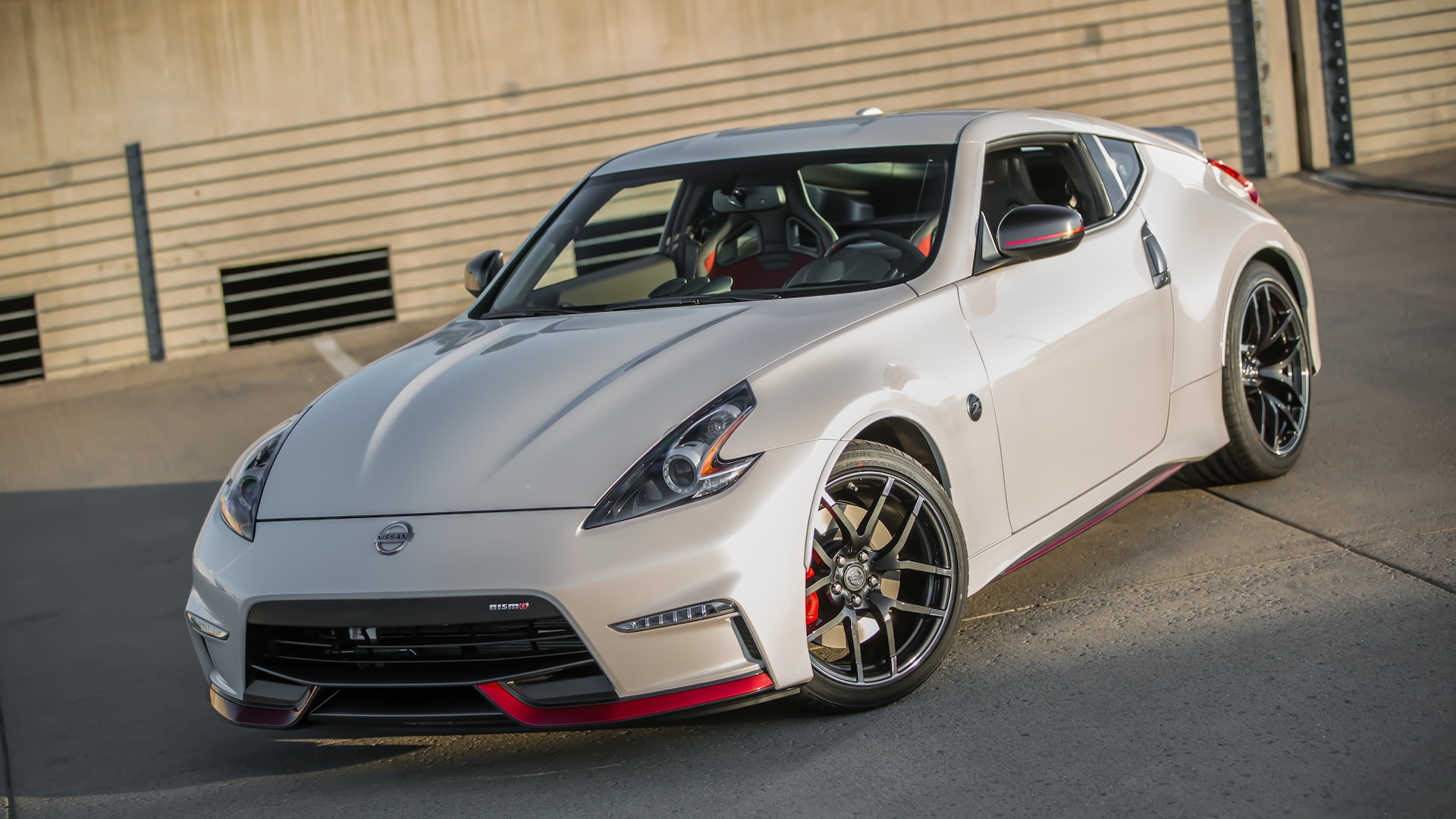 Or how about something with more usable space and more power? Then the Nissan 370Z could be a better choice. It is heavier at 1.5 tons, but is also more powerful with its 3.7-litre V6 engine producing 332 horsepower. Available locally in both coupe and convertible form, it was also offered with automatic and manual transmissions options. 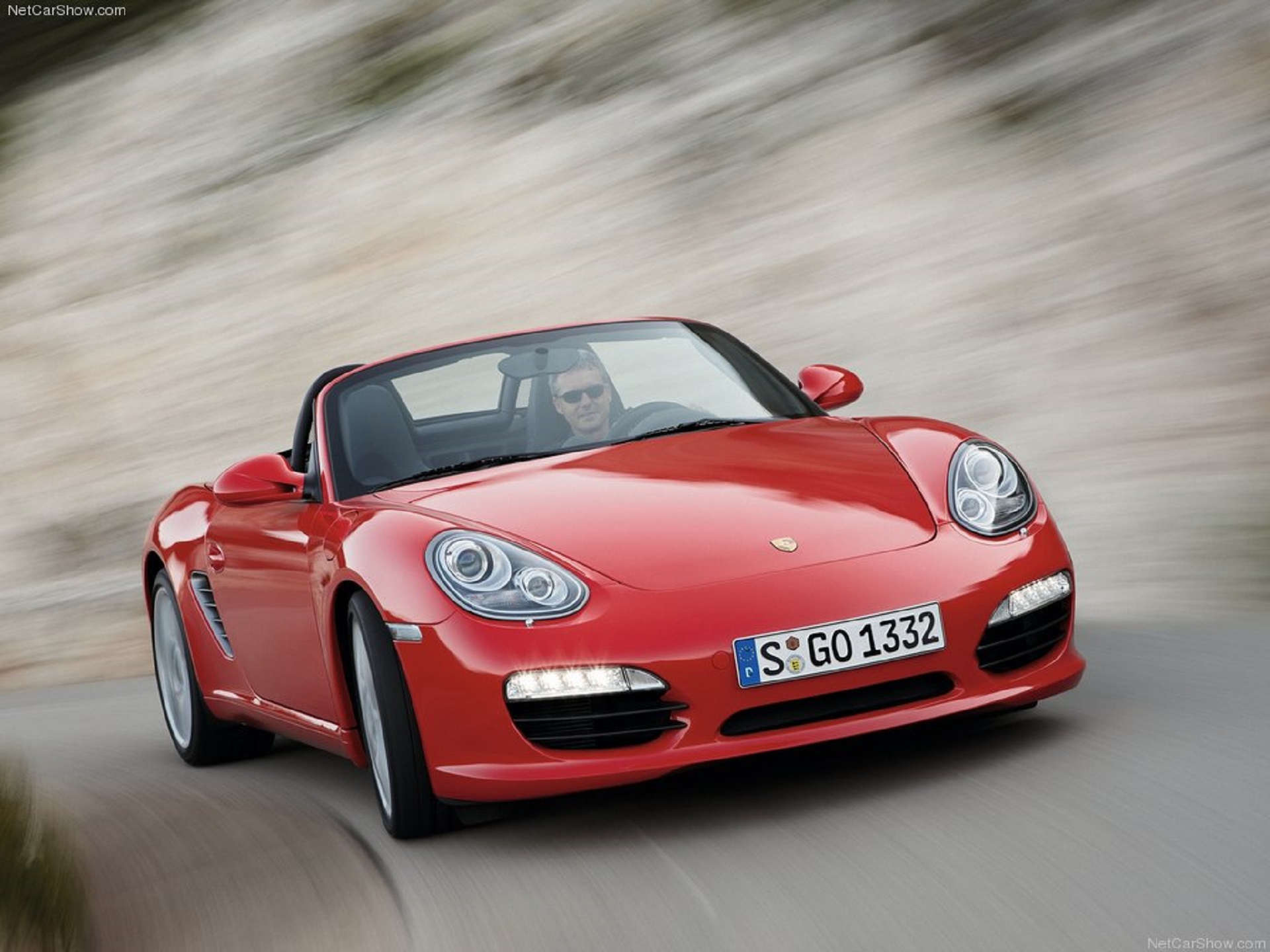 If you don't want something Japanese but still want something small, how about the 987 generation Porsche Boxster or Porsche Cayman? The older units, especially those from 2008 to 2010, are similar in price to what the 86 (and its BRZ twin) are being sold for now, but you get more power, the Porsche badge, and they were available in both automatic and manuals (admittedly, the manual transmission ones are going to be more expensive).

As a "starter" sportscar, the 86 (or the BRZ) is a fine choice. Granted, it isn't powerful, but it still has the ideal combination of front engine, rear wheel drive and lightness (and the option of a manual transmission). Not only is it quite reliable, there is bountiful aftermarket support for it.

When the 86 was launched, Toyota knew it was going to be a popular car to modify (google Scion tuner challenge), with most 86s out there today being fettled with in one way or another. Given a blank canvas, the aftermarket responded in kind. So if you do get an 86, make it yours in whichever way you deem fit, or leave it stock, it's your canvas, after all, so go nuts (but within reason so you won't fail your inspection).

If you are keen on getting a Toyota 86 as your next car, or any other used car for that matter, do take a look at our used car selection here for some of the best deals!

Motorist would like to extend our thanks to Sphere Automobile for loaning us the Toyota 86 for this article.