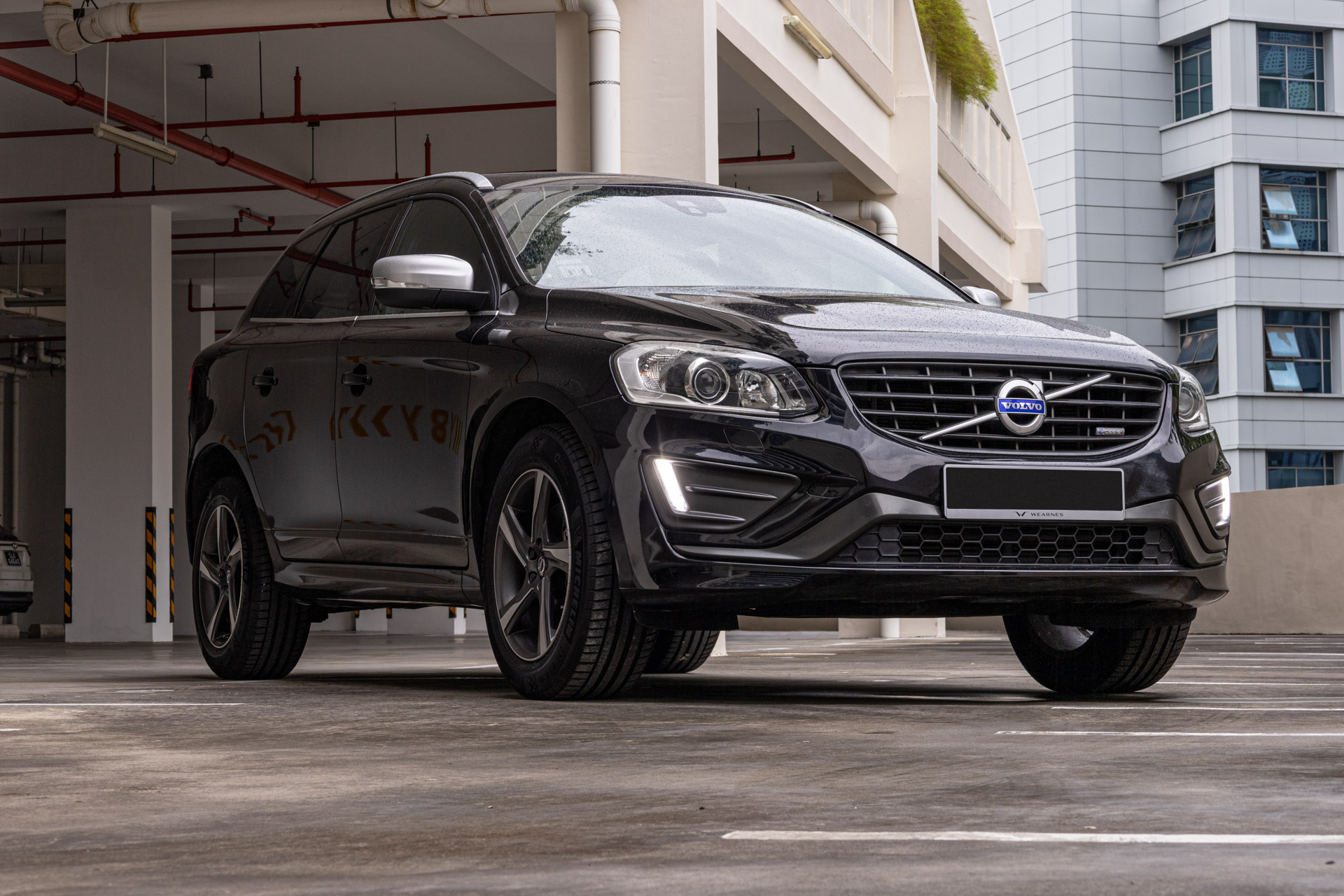 First revealed in 2008 at the Geneva Auto Show, it was launched at a time when consumer tastes were slowly starting to shift towards SUVs. Interestingly, the XC60 shared a platform with several models from Ford and Land Rover of the era, since Volvo, as well as Land Rover, were both owned by Ford at the time.

Development of the XC60’s platform was done by both Volvo and Land Rover, with Volvo handling most of the engineering and chassis tuning, while Land Rover developed the off-road capabilities (not that I would recommend taking an XC60 off-road). Nevertheless, the XC60 has proven to be extremely popular with customers, and remains a steady fixture in Volvo’s lineup.

A quick side note, this XC60 T5 R-Design is currently listed for sale at Roadlink Auto, so do approach them if you are interested!

This is a first generation XC60, specifically the T5 R-Design variant, with this unit also being a facelifted model. At launch, it was available with a few engine choices in both diesel and petrol, both with and without turbocharging, and with front-wheel drive or all-wheel drive. 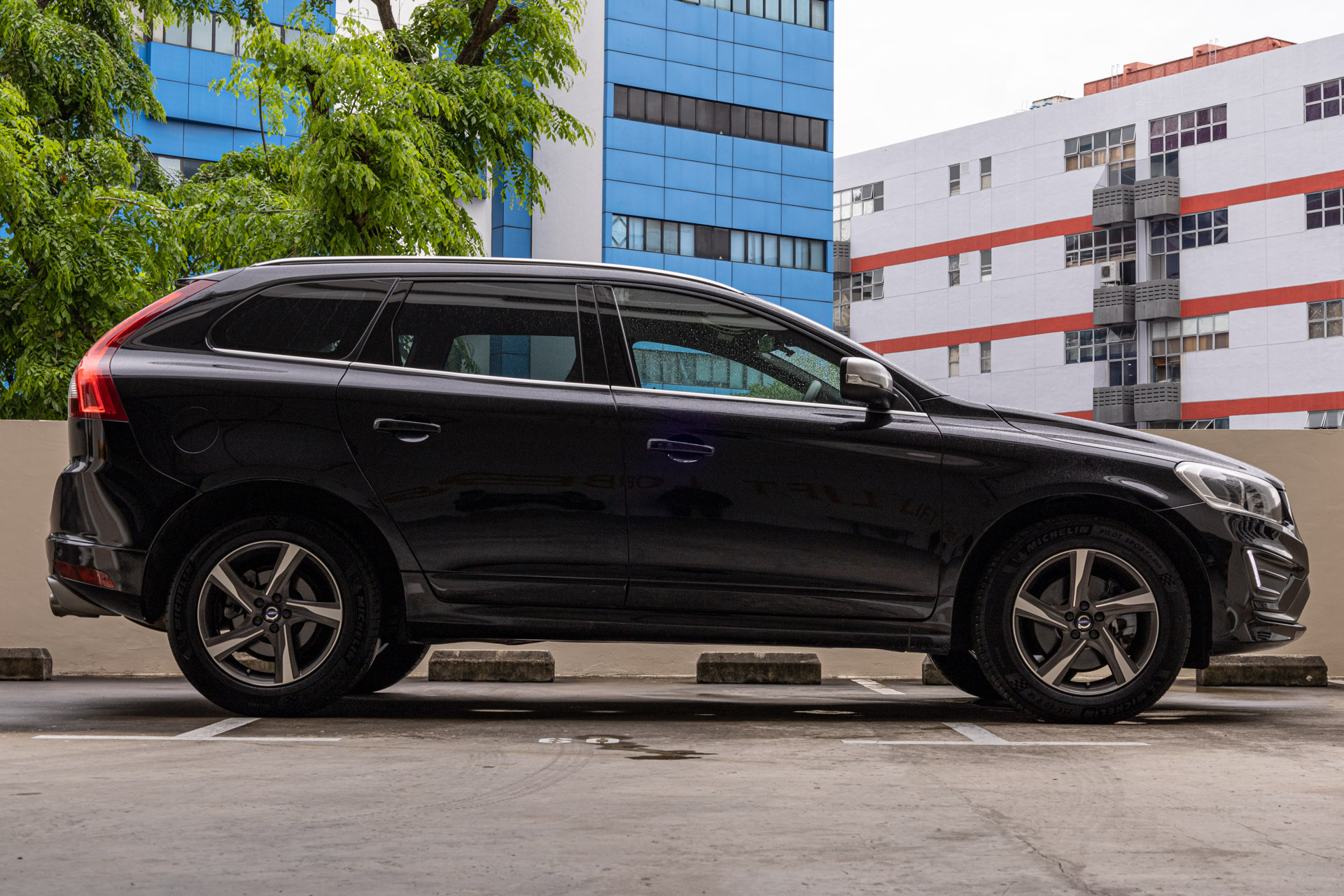 At its release in 2008, the XC60 was Vovlo’s only compact SUV offering, known now as a crossover, with the even smaller XC40 only released in 2017. While being smaller than the XC90, the XC60 still retained the similar design cues and silhouette to its bigger brother, and most importantly possessing the same high standards of safety that Volvo prides itself on.

Being an R-Design model, which is the sportier trim line for Volvo products, there are sharper aesthetic cues, more muscular lines on the bodywork and 18-inch wheels which are specific to the R-Design trim. Additionally, the chassis and suspension components are upgraded, with a slight increase in stiffness and rigidity.

As part of the R-Design theme, Volvo has termed it as “to recapture the thrill of driving”. Now, I can’t say that I could tell much of a difference while I was driving it and whether it did have a sportier feel to it, but it did seem a little more firm than the usual pliant ride that Volvos typically have.

With this being a XC60 T5, the engine is a 2.0-litre four-cylinder turbocharged unit, producing 245 horsepower and 350Nm of torque, with power being sent to the front wheels via an eight-speed automatic transmission. 0 - 100km/h takes 7.2 seconds, and given the weight of 1780kg, is not too shabby.

Well, that depends on your definition of what is good on the wallet. For starters, Volvos aren’t exactly known for their fuel economy, which can be somewhat bruising to your wallet, given today’s fuel prices. 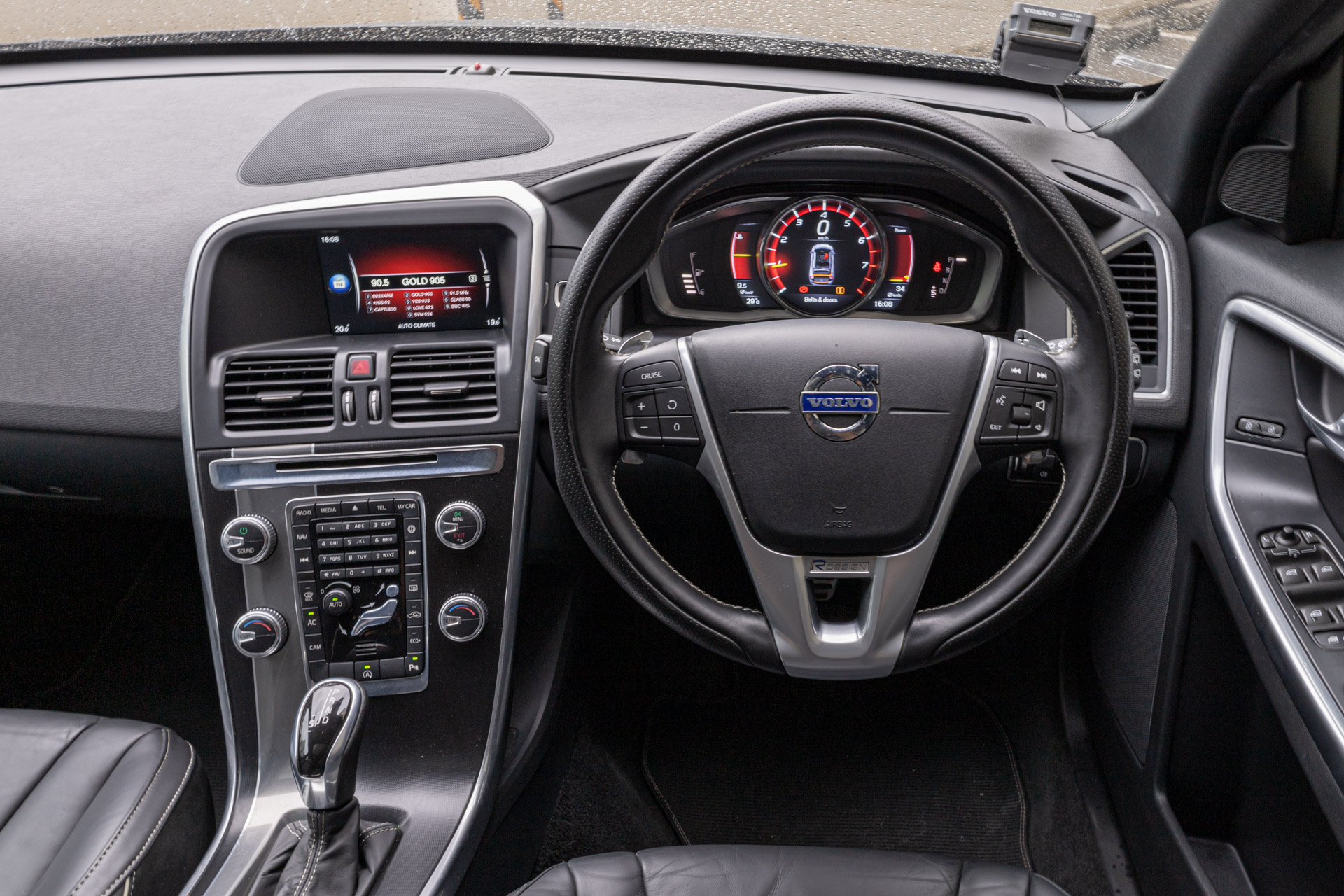 With a fuel capacity of 70 litres, owners have reported fuel consumption numbers between 12km/l to 12.5km/l, which should equate to 840 to 875 kilometres on a full tank, with a minimum range of 800 kilometres. Not fantastic numbers in any sense of the word, but at least the large fuel tank will allow you to go pretty far before needing to refuel.

While the XC60 has been Volvo’s best selling car since 2009, it still has its fair share of issues. The first generation model has been noted to suffer from fuel pump failure and engine coolant leakage. These aren’t the most expensive repairs to do, but do have them checked out prior to purchase as ignoring these problems can lead to more financial damage.

This issue could also be related to another problem, which is lacklustre engine response or slow acceleration when demanded by the driver. Opinion is split on whether this is a mechanical or electrical issue, but it is best to have such a problem rectified by an experienced mechanic. 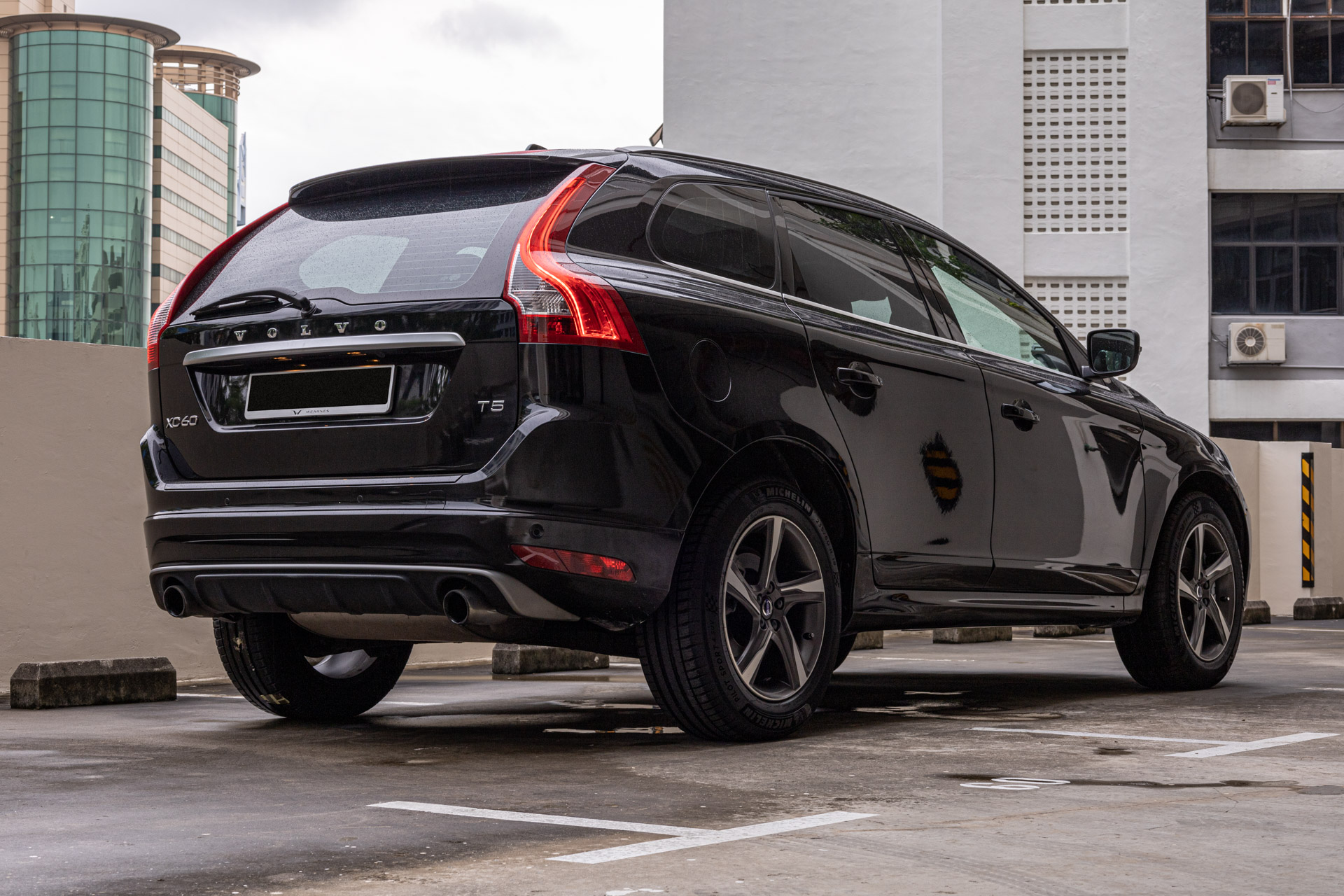 Owners have also reported some other minor issues, like the failure of the boot switch, when engaged, may or may not open the boot, and on occasion may even fail completely. This could be down to an electrical problem, but it should be easily rectified. Excessive wind noise from the windows in the form of whistling and squealing have also been noted at expressway speeds, typically on the front windows. While these issues do not pose a safety problem, it can be an annoyance, so have it rectified for more comfort overall.

This being a first generation XC60, the warranty has long expired, so you can choose to bring it to the authorised dealer or a specialist Volvo workshop to have any problems looked at. Regardless, do perform a pre-purchase inspection before buying any vehicle to avoid expensive problems down the road.

Very much so. Volvo has been known for their comfort, and the XC60 is no different. The seats are supportive and comfortable, with full electric adjustability in the front. Five people will fit comfortably, even in the middle seat. There is a transmission tunnel though, which does mean the middle passenger will not have as much foot space and will have to intrude into the foot space of the other two rear passengers. 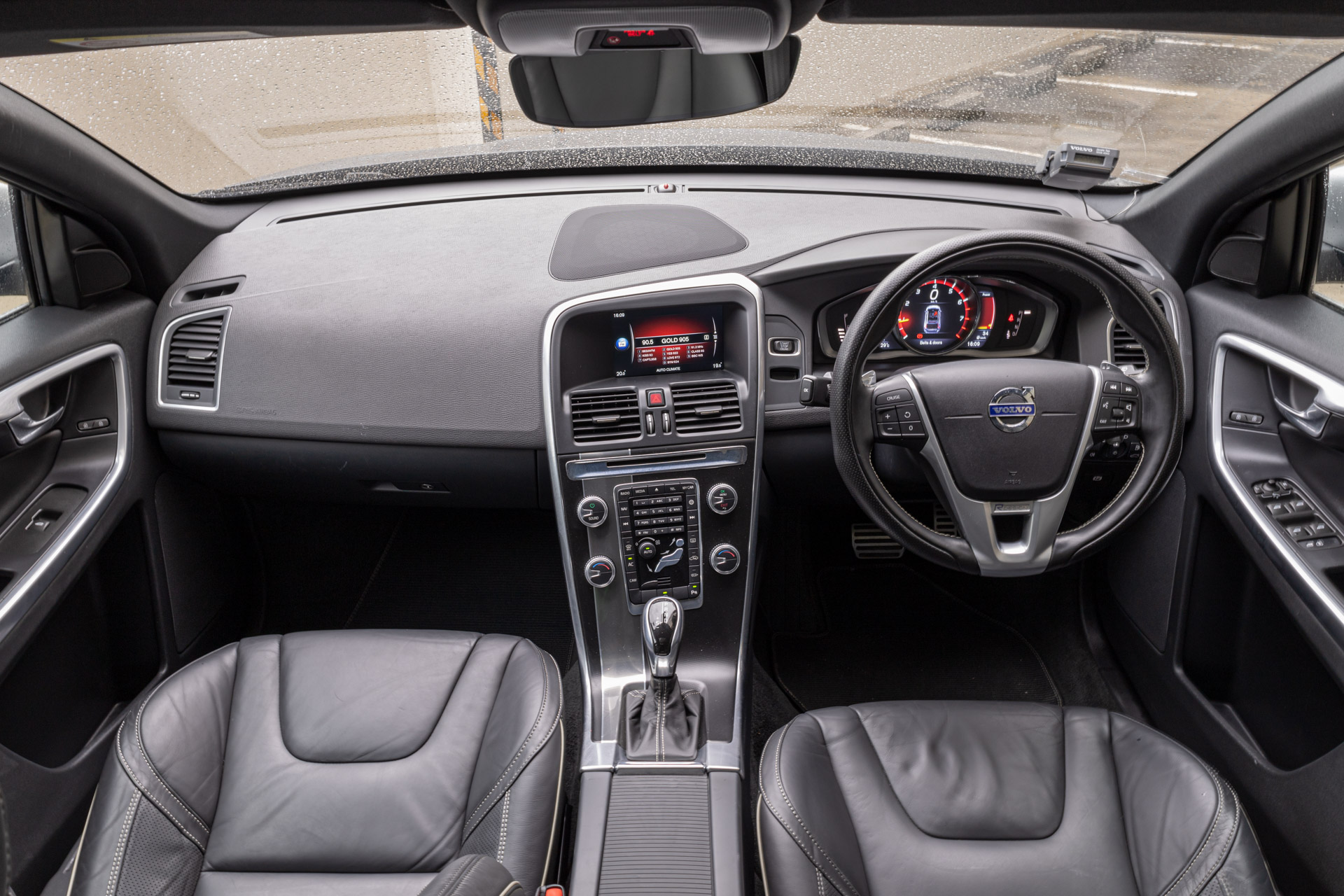 Yes, this car is seven years old, and there is no hiding that the interior does look dated by today’s standards. Still, the interior has held up well, with Swedish build quality that Volvo has always bestowed upon their cars. The seats are all upholstered in leather, as is the steering wheel, dashboard and door panels, making the cabin a very pleasant place to be in. Admittedly, most of the cabin is black, with the only splash of colour being the brown leather seats.

The infotainment system really does show its age, with its small screen and only having Bluetooth connectivity. Still, it is fairly simple to use, with physical buttons available for the radio, phone and media functionality. There are also physical buttons for track selection, a number pad, even a CD player (when did you last see that in the latest cars).

The HVAC controls are all physical knobs, with dual-zone climate control. The controls for the air-flow direction is also clearly marked with large, physical buttons, which is a great touch that is virtually non-existent in cars today. Interestingly, the entire infotainment and HVAC panel is angled towards the driver, giving a better view and access to the information and controls while driving. There are also air vents in the rear, not just in the middle, but also on the B-pillar, which are positioned at face level. These vents are a most welcome feature to have, especially on warm days.

The gauge cluster, on the other hand, is completely digital, with a large central circular display for the tachometer, speed readout, trip computer and other vehicle information, with smaller screens on the side for oil temperature, engine power utilisation, fuel and gear position indicator. The gauge cluster is well designed, easy to read and adds a nice touch to what could otherwise be a rather sedate interior.

Being a crossover/compact SUV, the XC60 has a generous amount of headroom, even when this particular unit has a half panoramic sunroof which intrudes a little into cabin headspace. Still, it is a welcome feature, as it makes the cabin feel more airy, and it can be opened on sunny days to let fresh air into the cabin. The sunroof also has a retractable blind should you wish for shade.

Considering its size, the boot only has 490 litres of capacity. Still, it is pretty deep and squarish in size, which allows for quite a lot of items to be packed in. Two golf bags should fit without issue, and should you require more space, the back seats can be knocked down to increase load capacity to 1450 litres, with the floor being almost completely flat. The tailgate is also electric, and can be operated from the outside or with a switch on the driver's side. 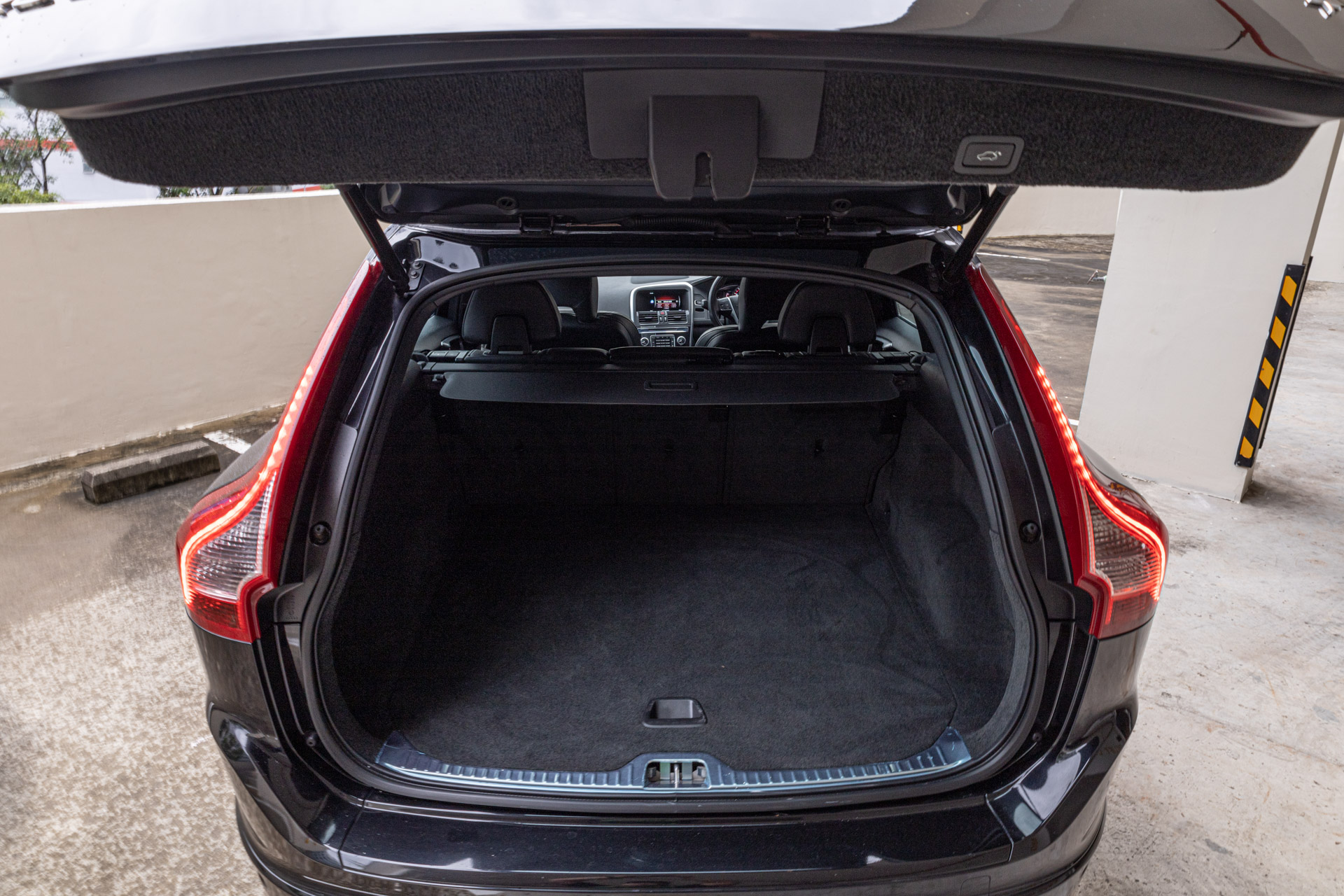 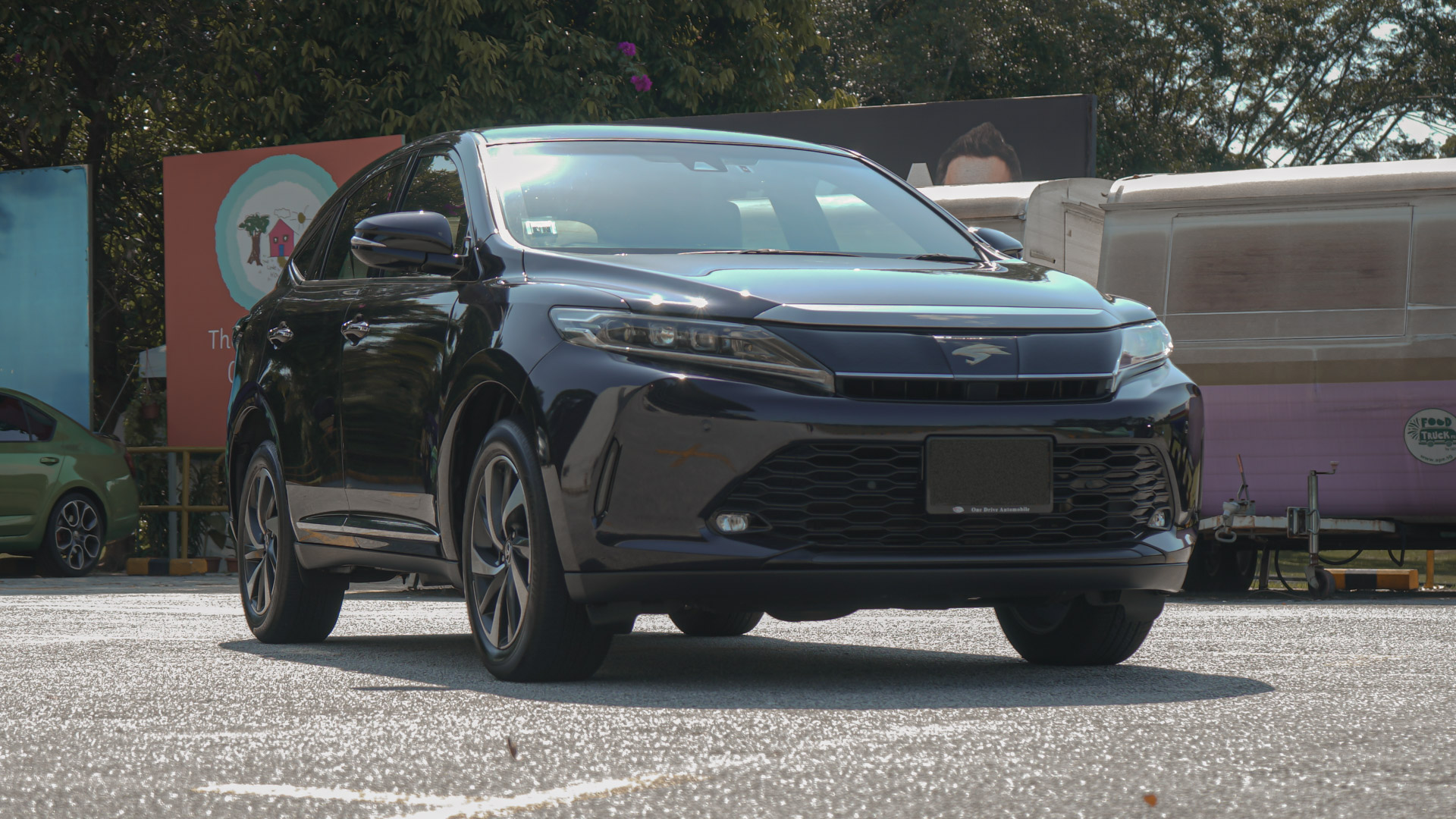 If you want something Japanese with similar dimensions and power output, look no further than the Toyota Harrier Turbo! We have also written about it, which you can read about right here. 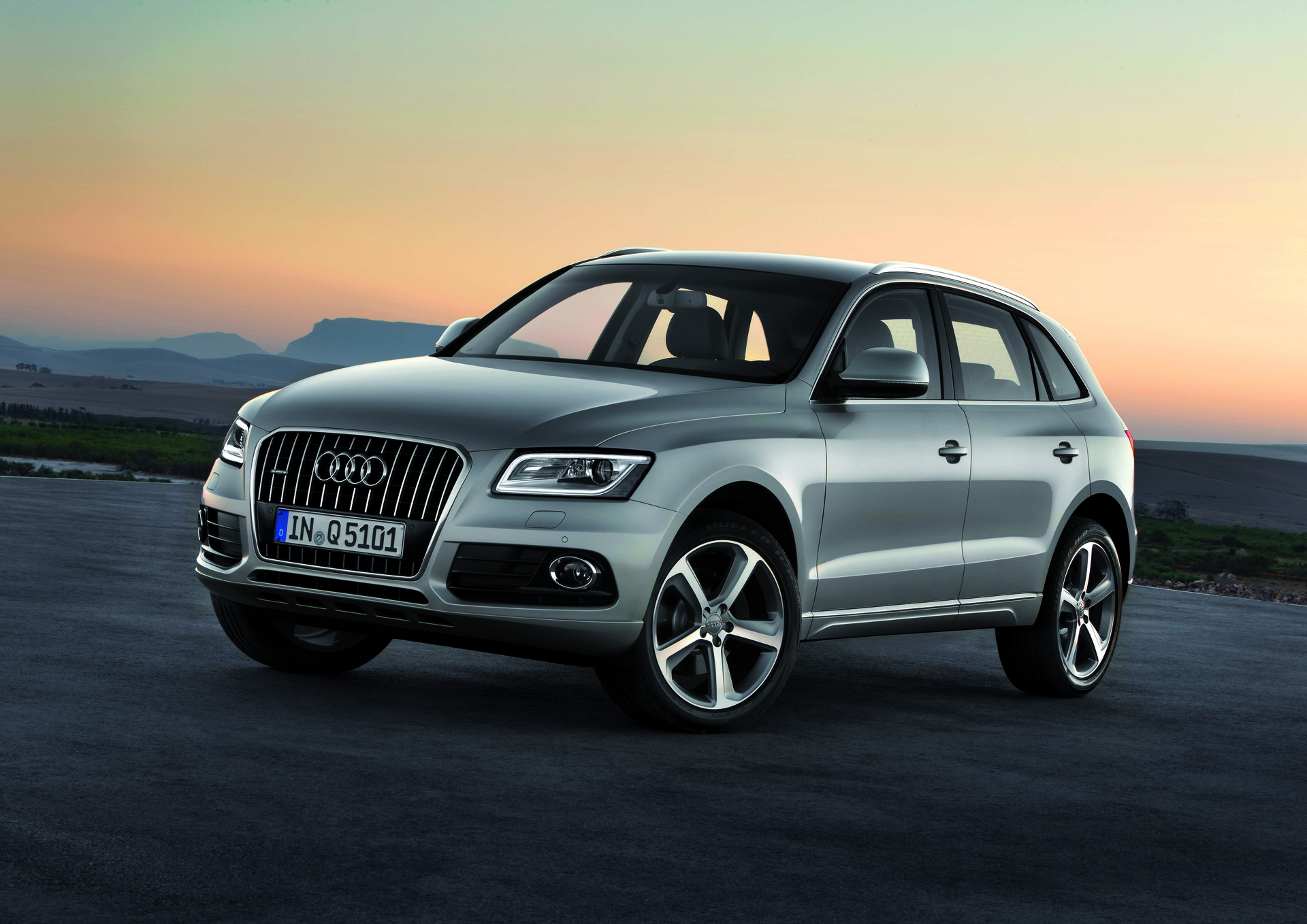 And if you want to stick to the European theme, the Audi Q5 could be a good bet. It was sold locally with a 2.0-litre turbocharged engine, and has many similar features as the XC60, but with Germanic flavour instead of the Swedish touch that comes with the XC60.

If you are willing to deal with the potential problems that could arise from buying the first generation XC60, it would make a fine car to own. Sufficiently powerful, decent boot space, comfortable ride, together with Scandinavian design, it is in essence almost the ideal family vehicle.

Yes, pieces of the interior like the steering wheel, gear shifter, window switches, infotainment and HVAC controls are from the Ford parts bin (Ford owned Volvo when the XC60 was first launched), but if you can look over those points, the rest of the cabin is designed with Swedish flair, and is a great place to be in.

And not forgetting, Volvo has a legendary record for safety. If you knew how much effort Volvo put into its engineering safety into their cars, you would know just how safe you are while driving one, and a Volvo could very well be the safest place on the road for you and your family.

If you are keen on getting a Volvo XC60 as your next car, or any other used car for that matter, do take a look at our used car selection here for some of the best deals!

Motorist would like to extend our thanks to Roadlink Auto for loaning us the Volvo XC60 T5 R-Design for this article.