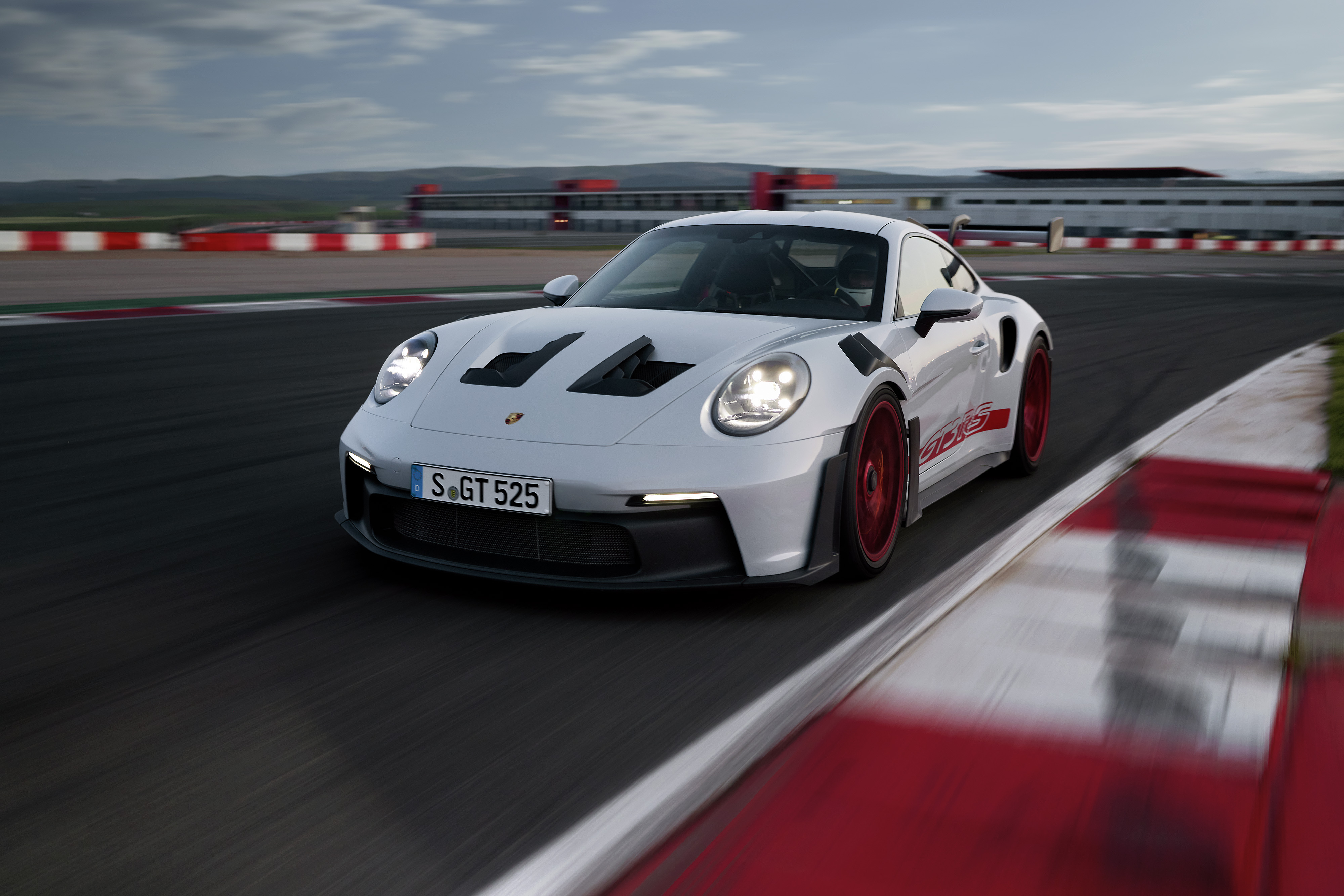 Even beyond the high-revving naturally aspirated engine with racing DNA and intelligent lightweight construction, the GT3 RS shares numerous traits from its motorsport brother, the 911 GT3 R. 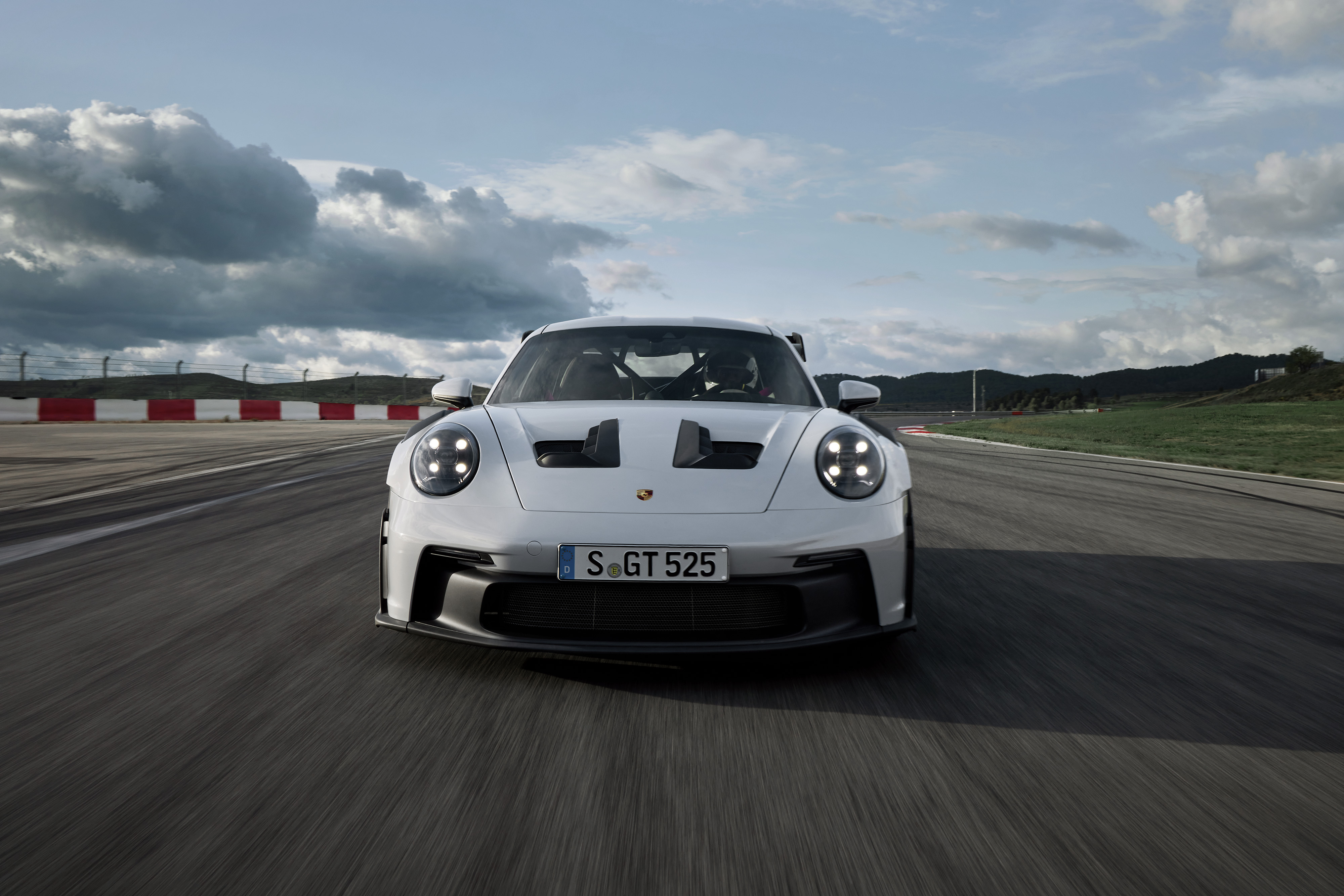 The basis for a significant performance boost is the concept of a central radiator – an idea that was first used in the Le Mans class-winning 911 RSR and subsequently in the 911 GT3 R.

Instead of the three-radiator layout seen in previous cars, the new 911 GT3 RS relies on a large, angled centre radiator in the car’s nose, positioned where the luggage compartment is located on other 911 models.

This has made it possible to use the space freed up on the sides to integrate active aerodynamic elements. This means that the new 911 GT3 RS generates twice as much downforce as its 991.2-generation predecessor and three times as much as a current 911 GT3. 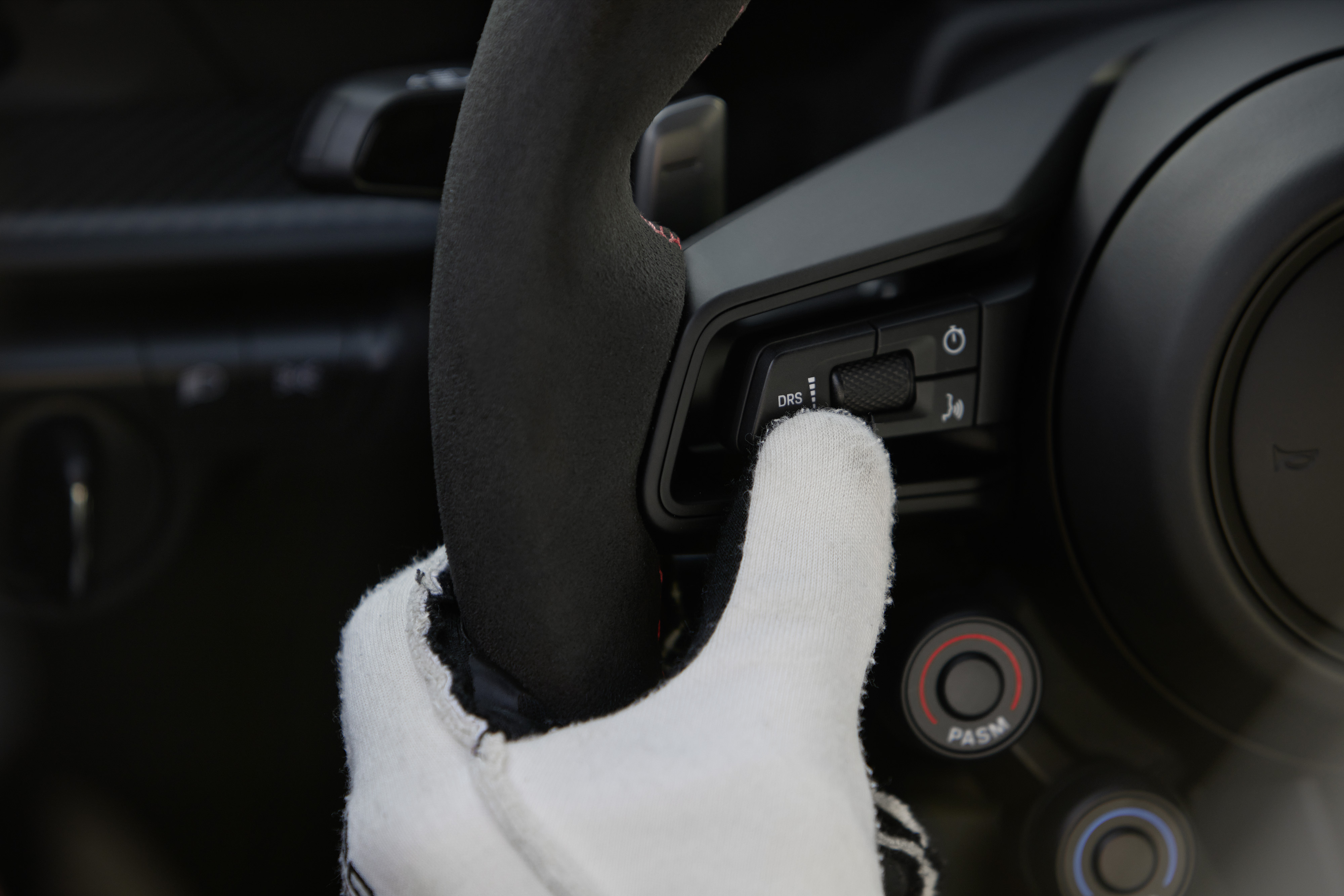 To achieve low drag and higher speeds on straight sections of the track, the DRS allows the wings to be flattened out at the push of a button, within a specific operating range. The airbrake function is activated during emergency braking at high speeds.

The most prominent feature of the GT sports car is the swanneck-supported rear wing, which is significantly larger in all dimensions. For the first time on a Porsche production vehicle, the upper edge of the rear wing is higher than the car’s roof. In addition, the front end of the 911 GT3 RS no longer has a front spoiler, but instead features a front splitter and sideblades that divides the air flowing over and underneath.

In the new 911 GT3 RS, the openings in the rear side panel are used exclusively to improve aerodynamics and not to draw in process air. The rear wheel arch also features an intake and a sideblade for optimised airflow. The rear diffuser also comes from the 911 GT3 and has been slightly adapted.

Track suspension that can be adjusted from the cockpit 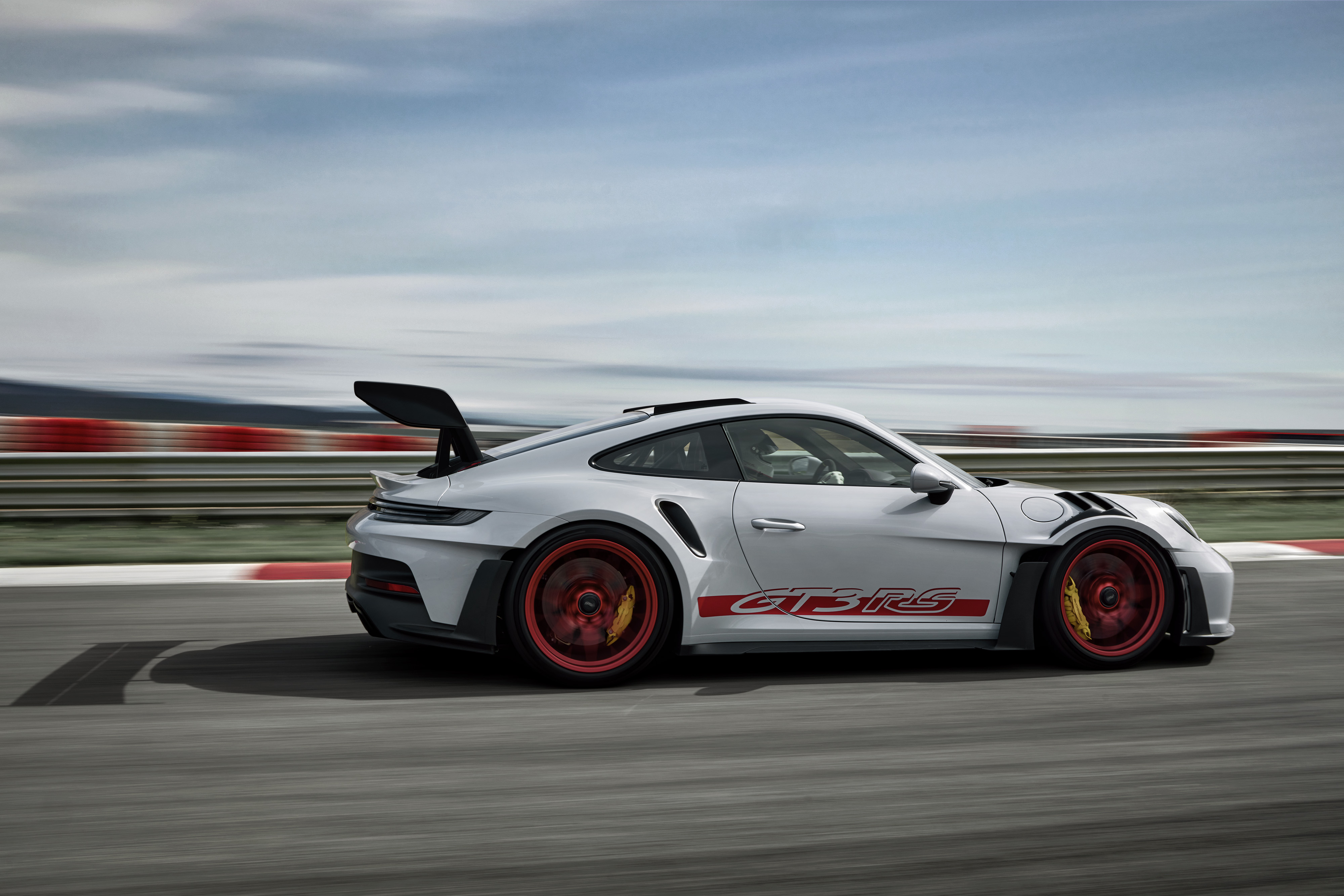 Even the suspension isn’t spared. Because the wheel arches of the new 911 GT3 RS are subject to powerful airflows, the components of the double wishbone front axle are designed with teardrop-shaped profiles. These aerodynamically efficient links increase downforce on the front axle by around 40 kg at top speed and are otherwise only used in high-end motorsport applications.

The 911 GT3 RS offers three driving modes: Normal, Sport and Track. In Track mode, the basic settings can be individually adjusted. Among other settings, the rebound and compression damping of the front and rear axles can be adjusted separately and in several stages. The rear differential can also be adjusted via rotary controls on the steering wheel. This is done quickly and intuitively with a rotary dial and button located on the steering wheel.

The 911 GT3 RS also features the track screen already familiar from the 911 GT3. At the touch of a button, the driver can reduce the digital displays on the two seven-inch side displays to essential information only. The gearshift indicators to the left and right of the analogue tachometer have also been taken from the GT3. 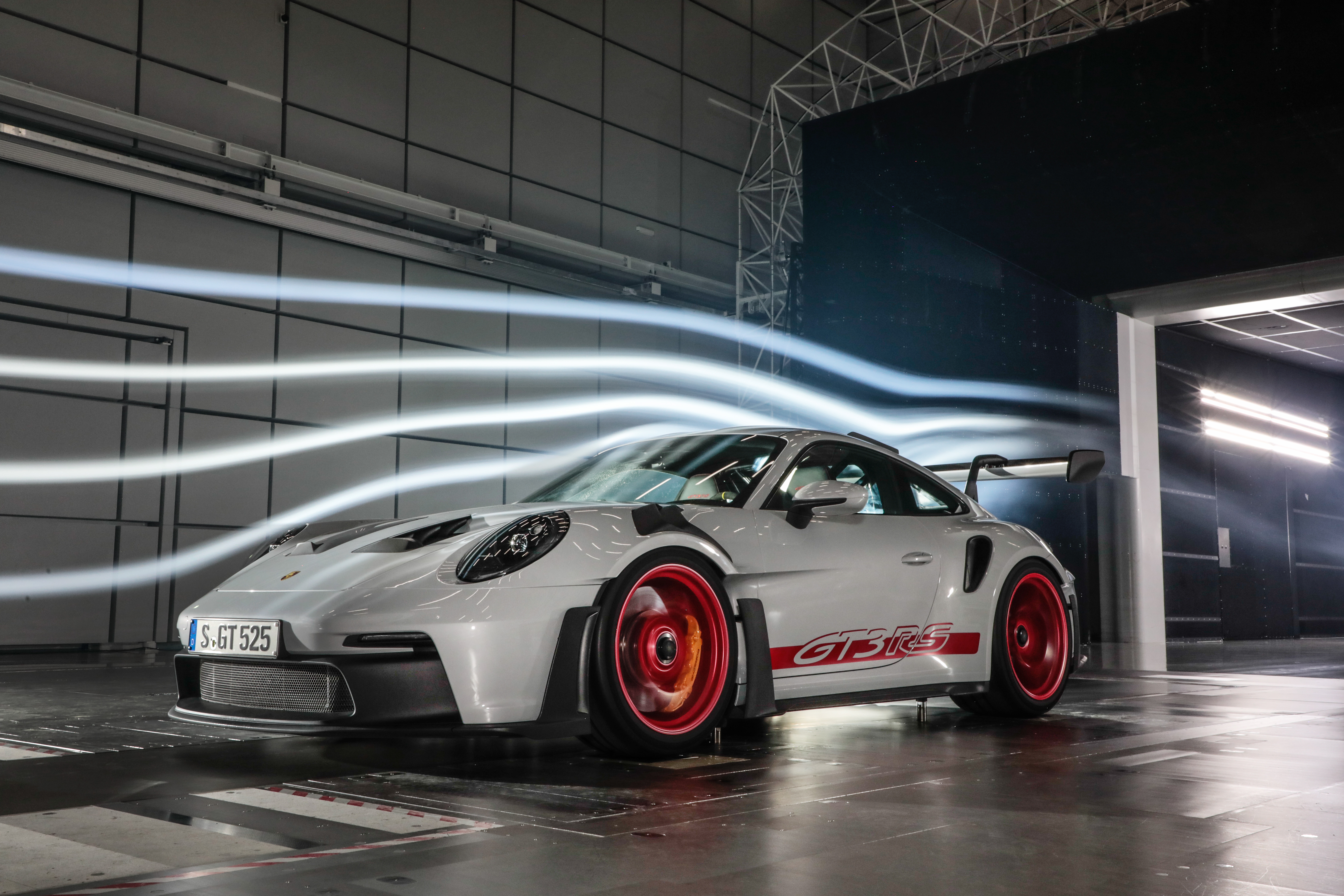 The 4.0-litre high-revving naturally aspirated engine has been further optimised compared with the 911 GT3. The increase in power to 518bhp is achieved primarily via new camshafts with modified cam profiles. The single-throttle intake system and the rigid valve drive are derived from motorsport.

The seven-speed Porsche Doppelkupplung (PDK) has a shorter overall gear ratio than the 911 GT3. Air intakes on the underbody ensure that the transmission can withstand even extreme loads during frequent use on track.

The 911 GT3 RS accelerates from zero to 100 km/h in 3.2 seconds and reaches a top speed of 296 km/h in seventh gear. Aluminium monobloc fixed calliper brakes with six pistons each and brake discs with a diameter of 408 mm are used on the front axle.

Lightweight construction all the way 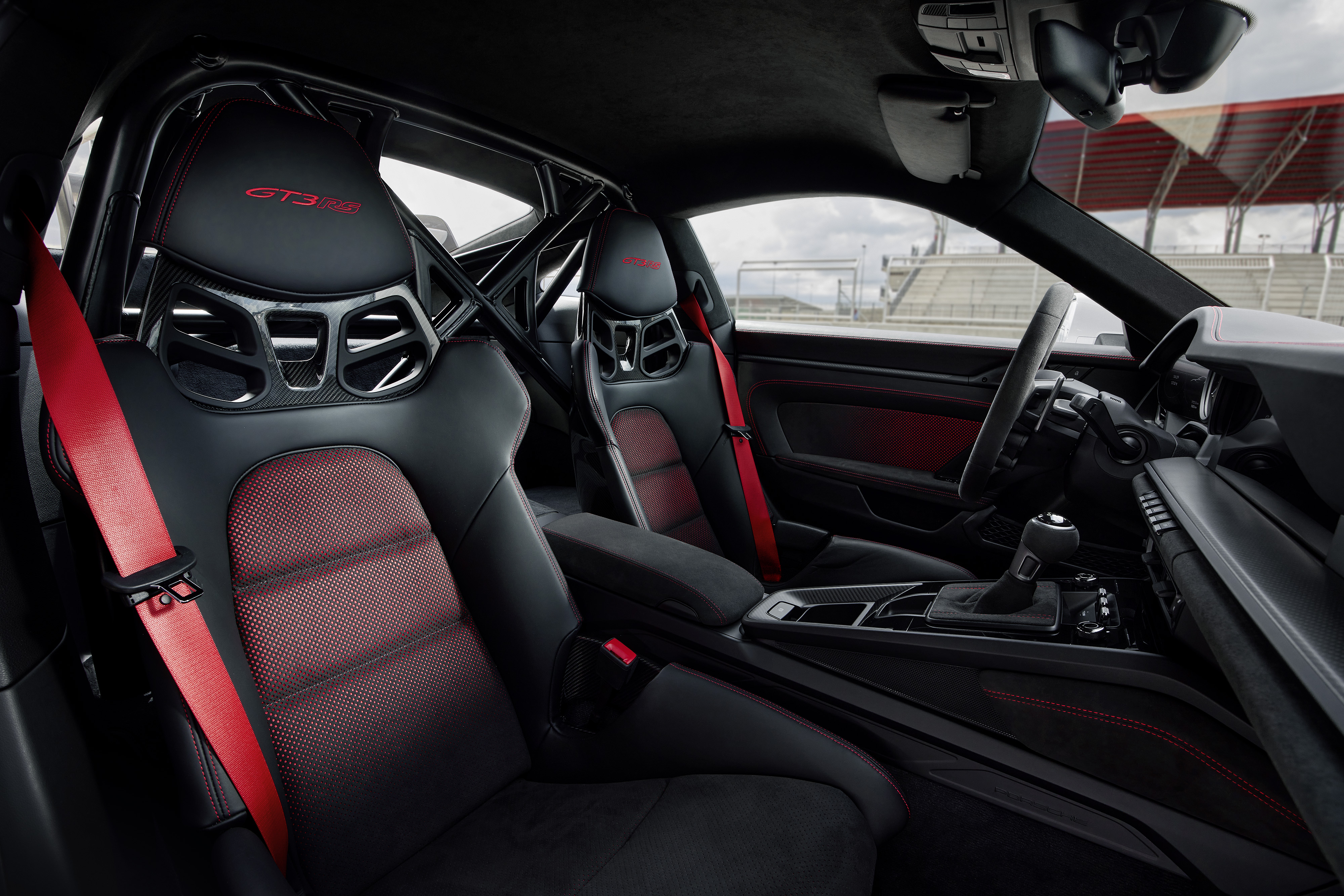 Intelligent lightweight construction has been a basic principle of all RS models ever since the legendary 911 Carrera RS 2.7.

Thanks to an array of lightweight construction measures such as the extensive use of CFRP, the 911 GT3 RS weighs in at only 1,450 kg despite many larger components.

Thoroughbred race car for the roads 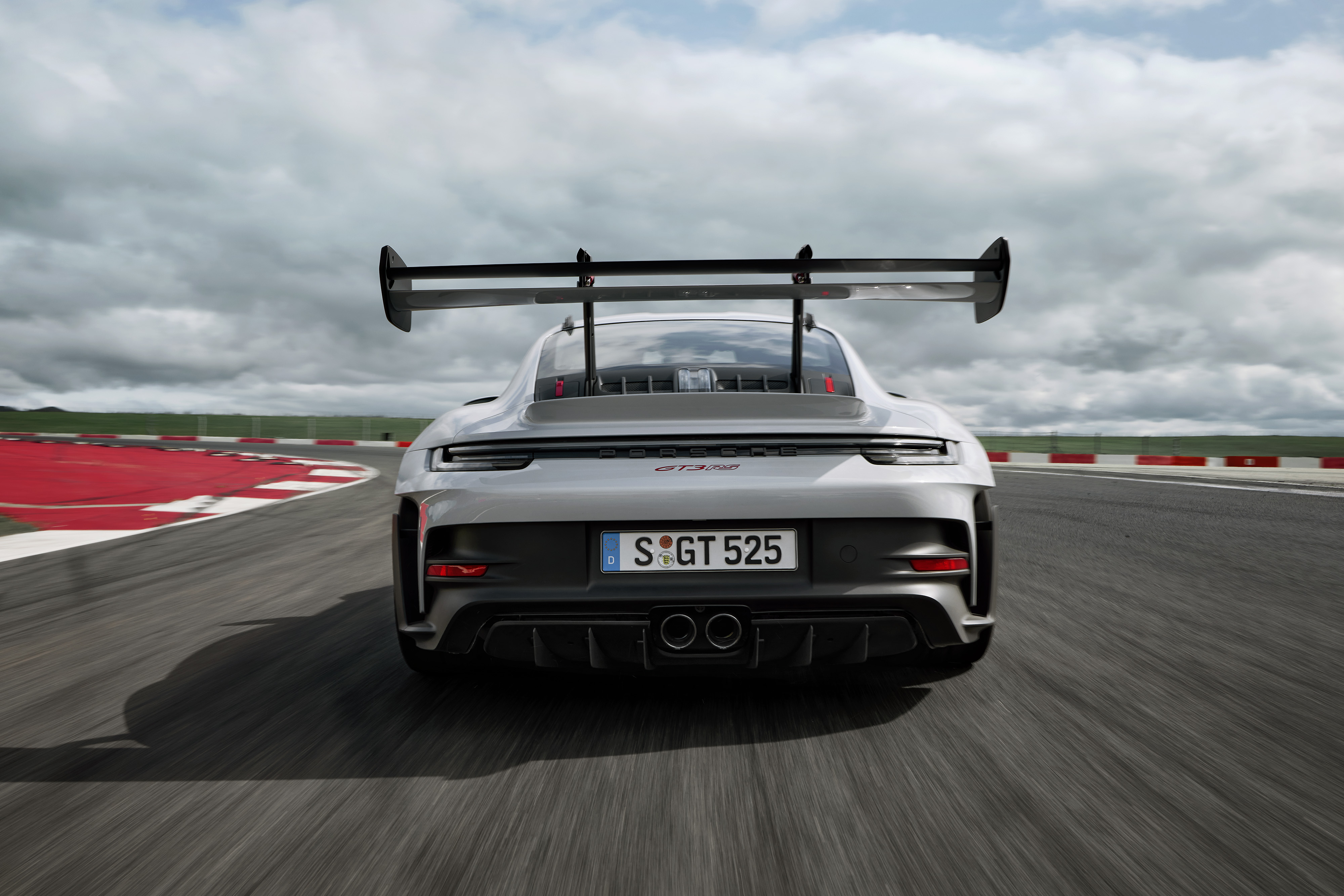 If you wanted something that can tear up the track, and the roads on your drive home, the GT3 RS is definitely something to consider. Its a no frills, no compromise car that delivers on all fronts, even on price. At the time of writing, the new 911 GT3 RS is available for order now and starts at SGD 974,488*.

A pretty penny, but you’ll be spending it on a pretty machine.