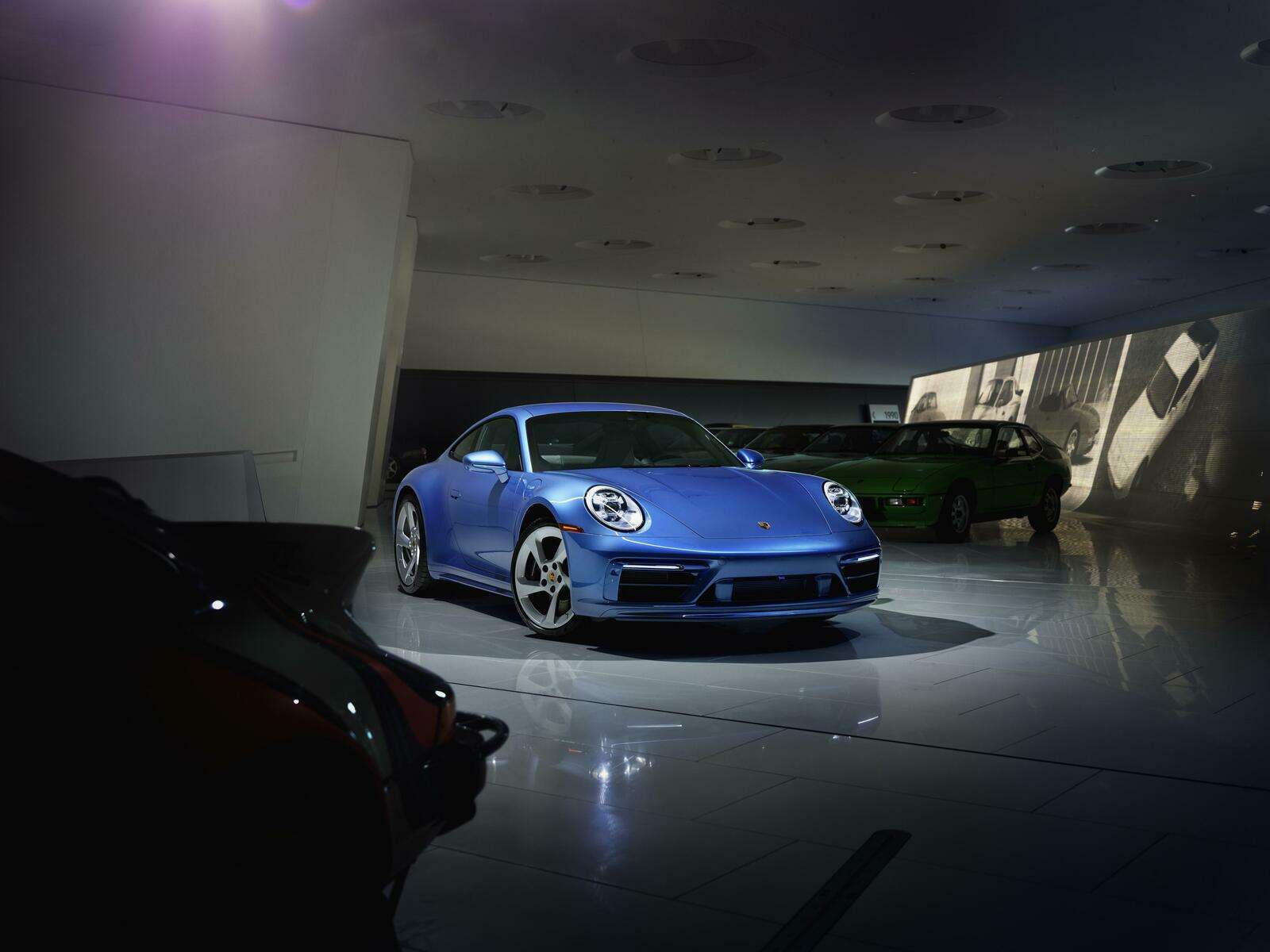 Dubbed the 911 Sally Special, it is a one-of-a-kind piece that was created for a good cause. It will be auctioned by RM Sotheby's on Saturday, 20 August 2022 as part of Monterey Car Week in California. Auction proceeds will be donated to two charities - one to Girls Inc which will benefit young women, and the other to UNHCR, an organisation that supports refugees from Ukraine. 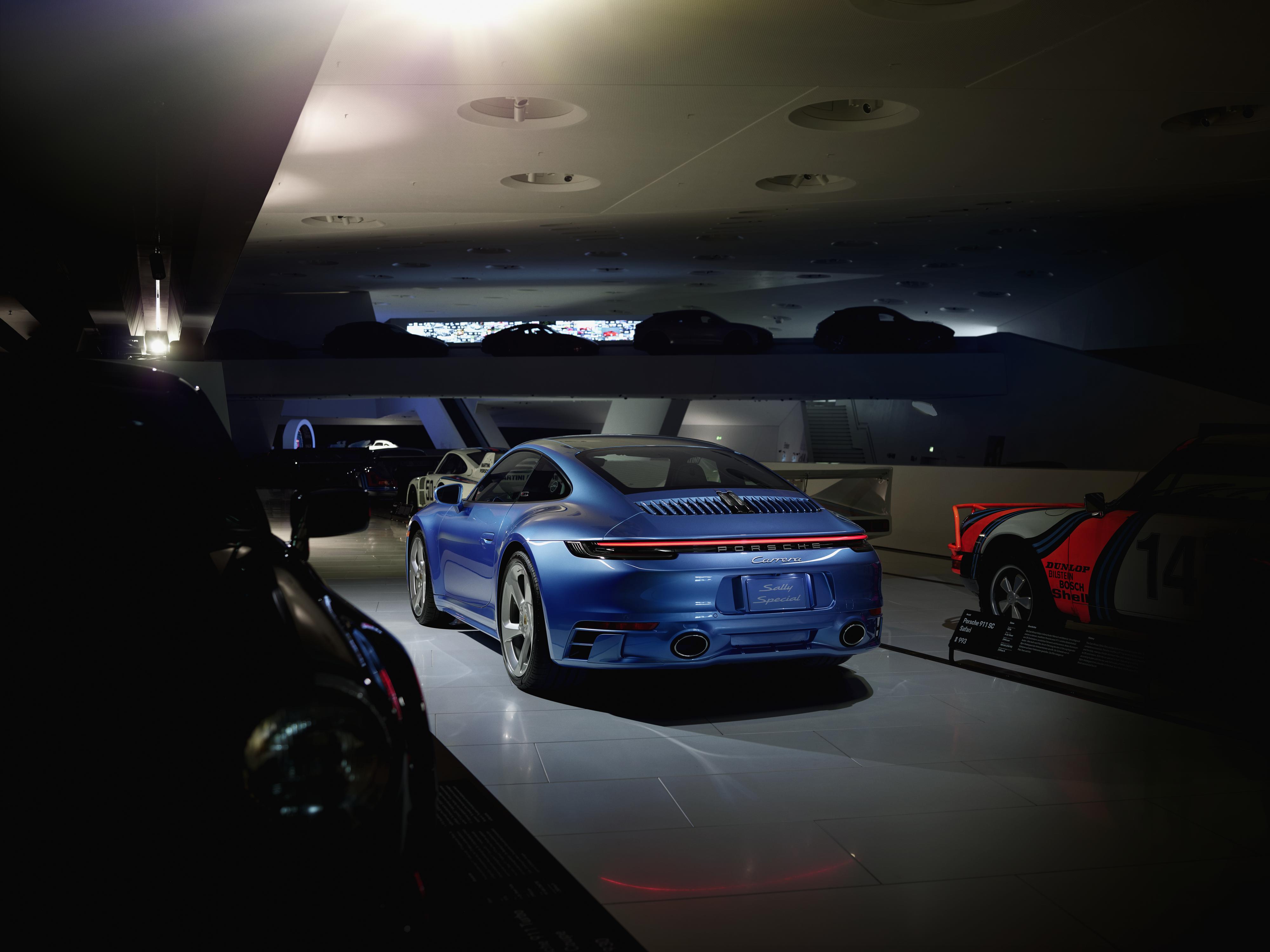 The project began in November 2021 and united members of the original Cars team that brought both the film character and life-size Sally Carrera to life more than 20 years ago.

They were assisted by members of the Sonderwunsch team at Porsche Exclusive Manufaktur in Stuttgart and designers from Style Porsche in Weissach. 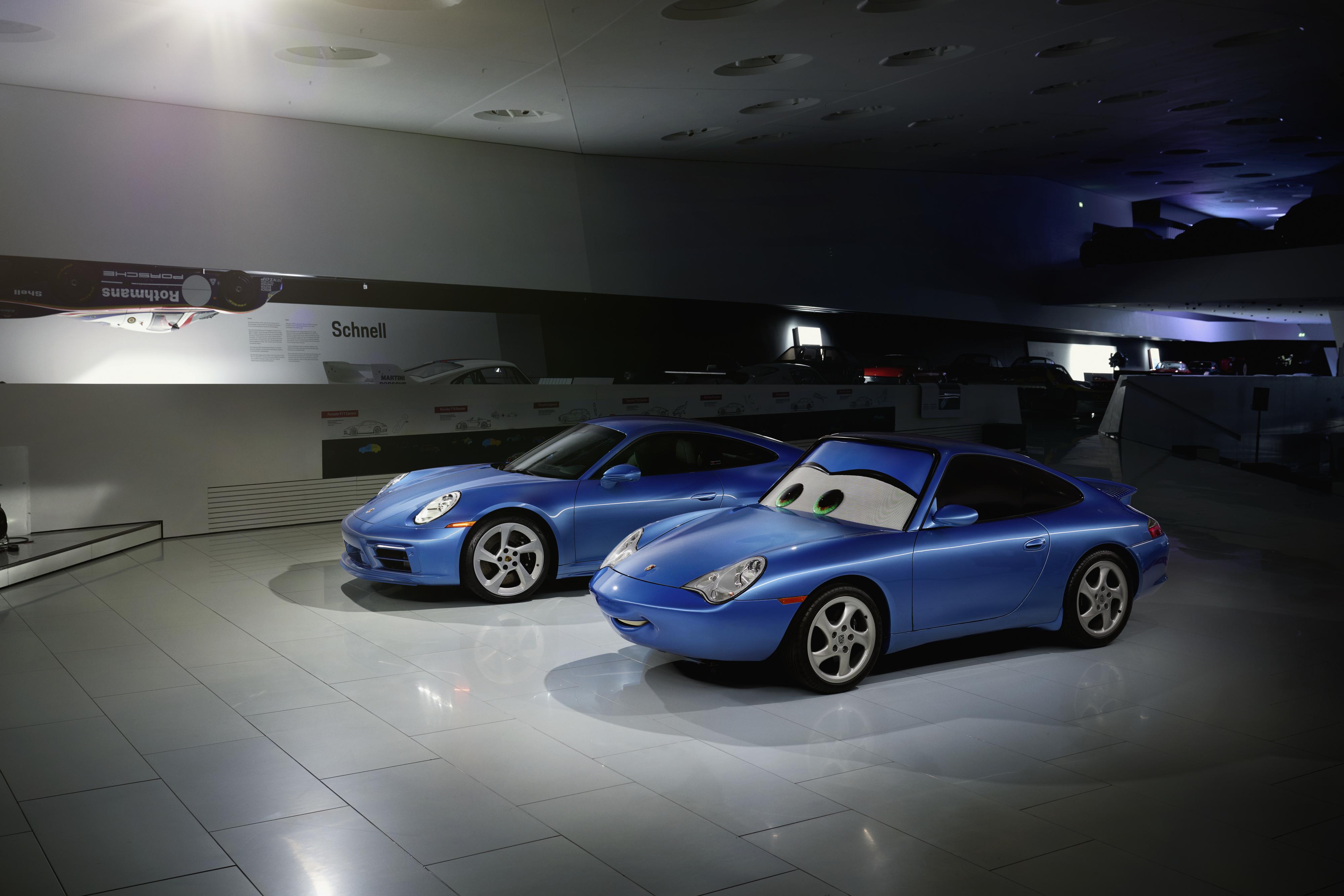 The team worked together for ten months, and the result is a unique factory one-off. The 911 Sally Special is based on the fastest and most agile variant of the 911 Carrera model line, the 480PS 911 Carrera GTS, equipped with a manual gearbox. The car is finished in a unique coat of ‘Sally Blue Metallic’, a custom paint that was hand-applied specifically for this project.

The Turbo-look rims were reinterpreted by Style Porsche designers in Weissach and manufactured too in great detail. The ‘five-arm design’ rim was adapted to the 20-/21-inch wheel dimensions of the current 911 generation and creates a visual link to the 911 Type 996 on which Sally Carrera is based. 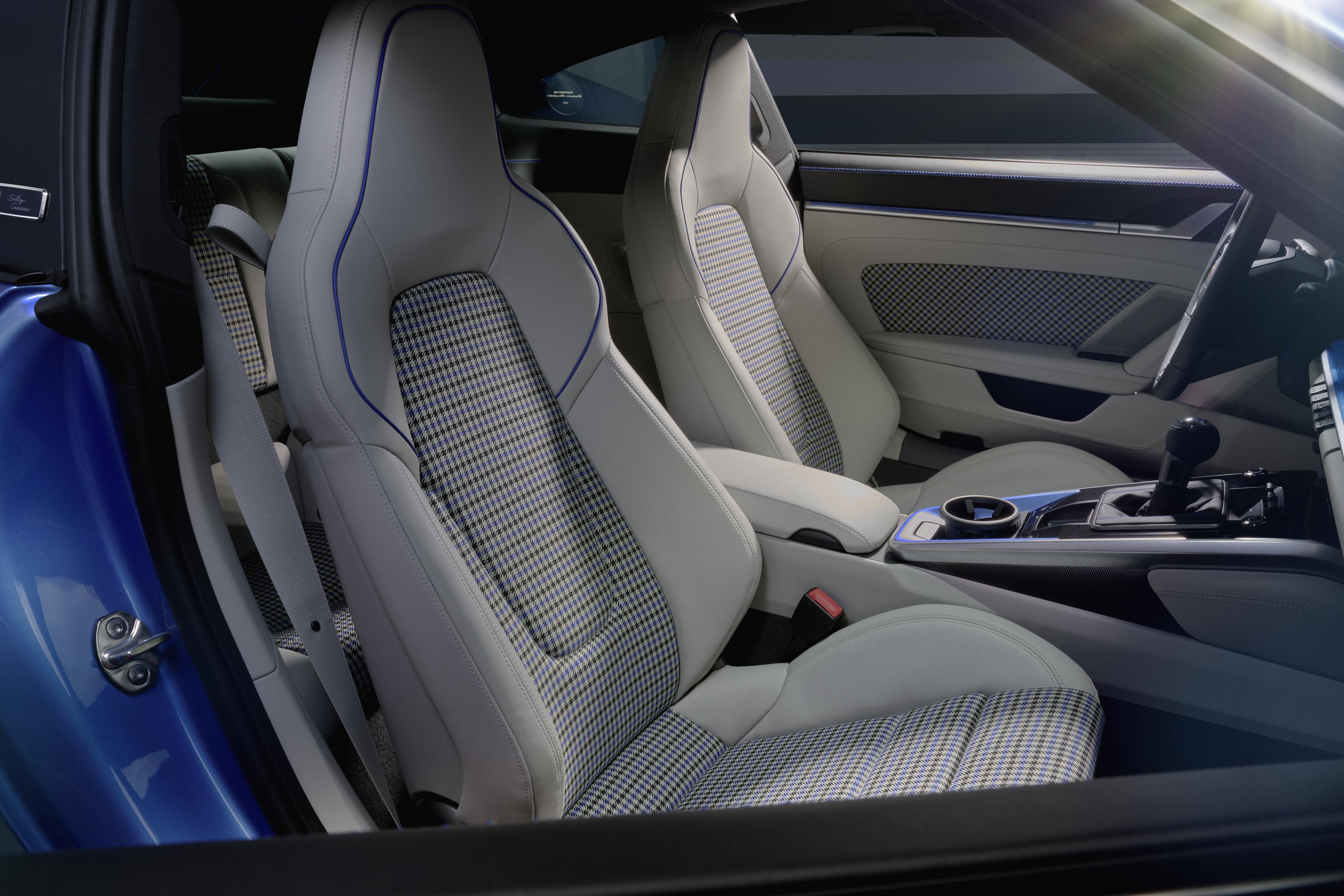 Porsche interior designer Daniela Milošević led the team that worked with Pixar to design the new blue colour as well as the vehicle's interior.

Completely unique inside and out, the seats are clothed in a special Pepita houndstooth fabric upholstery in three colours, combined with chalk-coloured leather and stitching in Speed Blue. 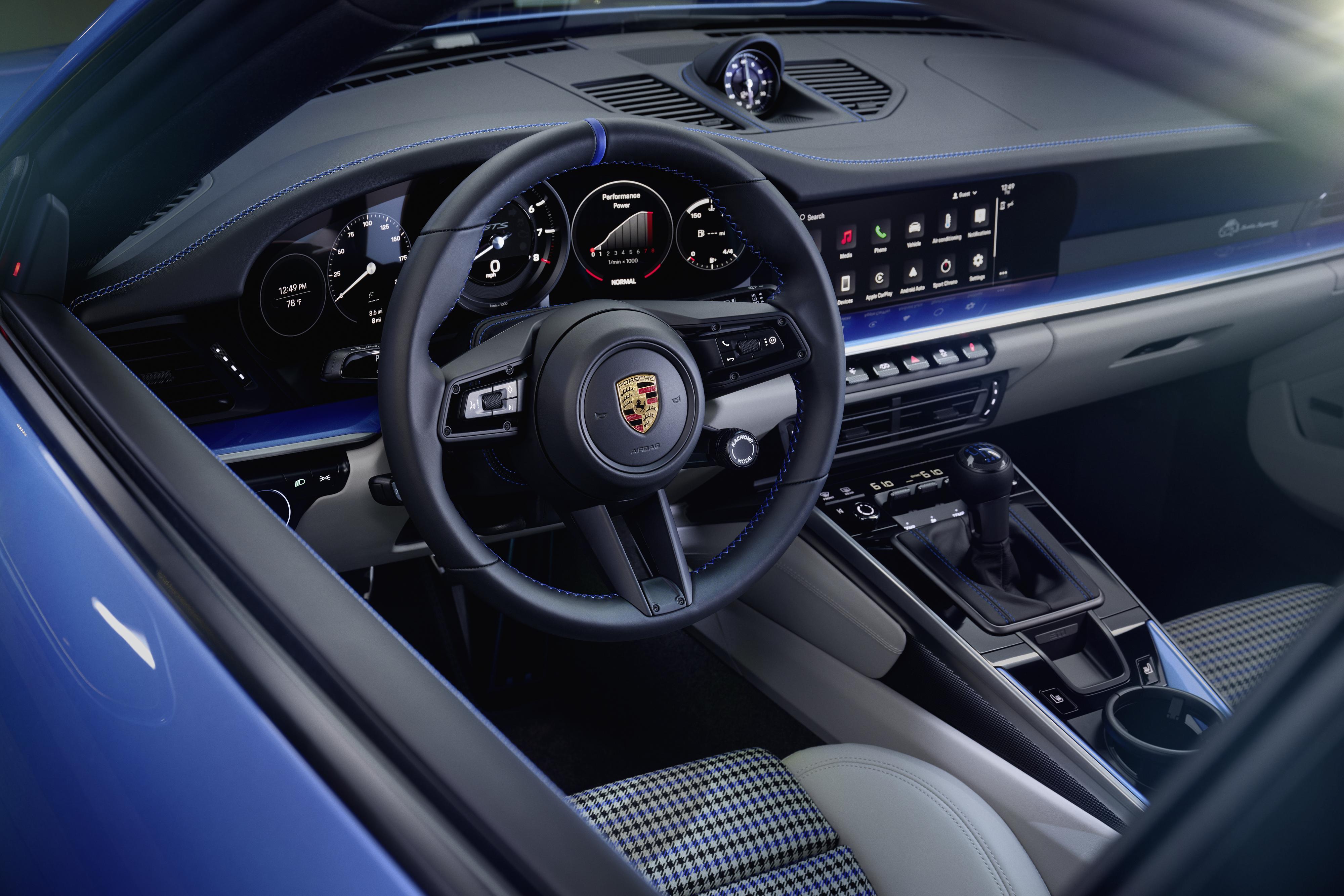 Other notable features include the ‘Kachow Mode’ selector, which enables the driver to change drive modes, as well as unique stitching and embossing scattered all throughout the cabin.

This is a colour commissioned specially for the 911 Sally Special, so you'd not be able to option your Porsche in this colour from the factory. You'd also not be able to spec your 911 with the same amount of customisation too.