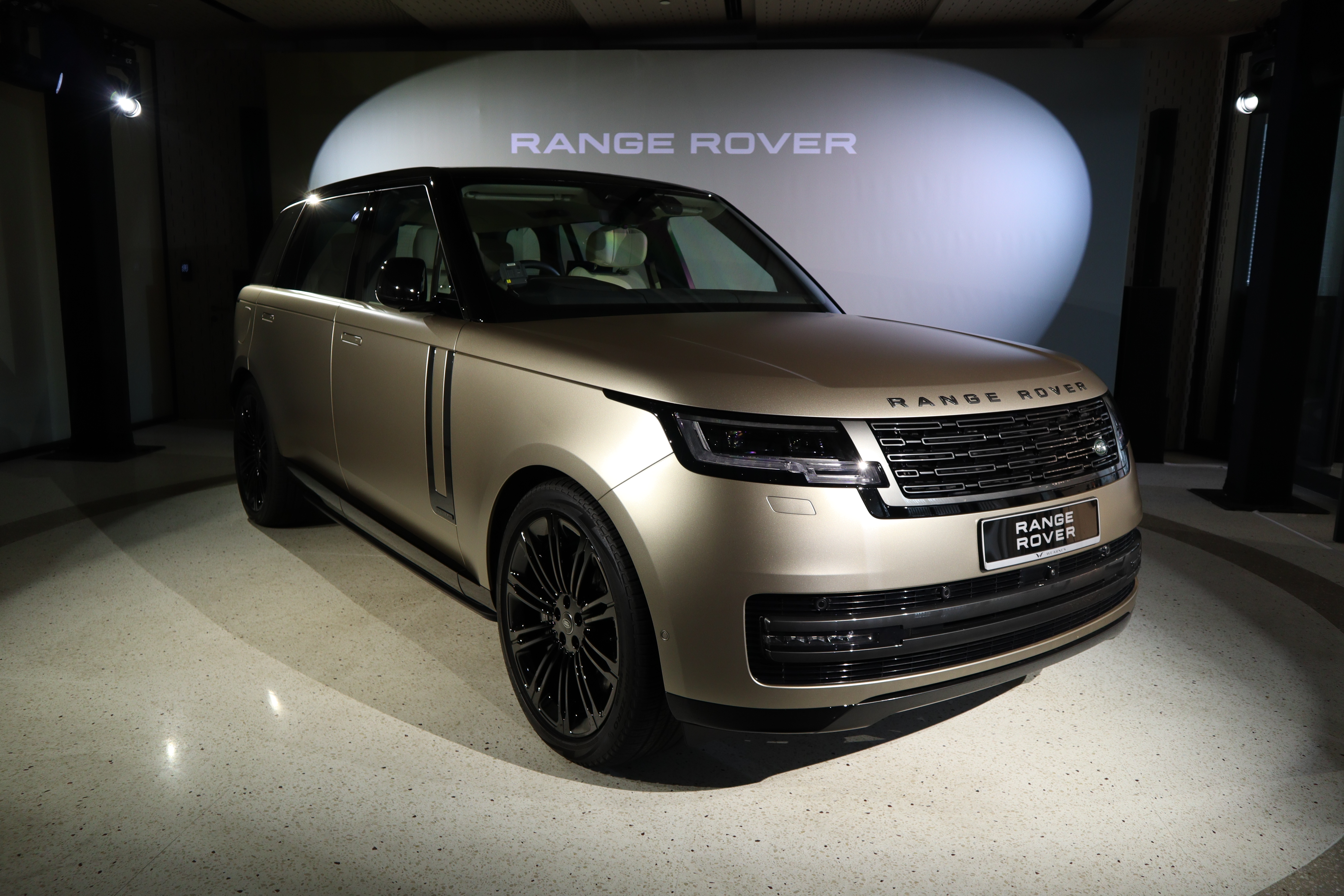 Land Rover has just unveiled its all-new Range Rover premium SUV for the Singapore market, and it’s everything we had ever hoped for from the British marque, and more.

Held at the Wearnes Automotive Centre earlier this afternoon, the launch event saw the new Range Rover being unveiled in Singapore for the first time, with three units available for members of the press to explore and interact with.

This being only the fifth generation of the Range Rover, with an illustrious history spanning over five decades, the stakes and expectations were undeniably high for the folks over at Gaydon, UK. According to the company, over 7000 people were involved in the development of the latest Range Rover, with 1,000,000 kilometres of real-world testing clocked and a whopping 7,000,000 man hours spent.

Along the road (no pun intended), Land Rover even managed to secure 125 patents related to the vehicle, which is quite a feat in itself. 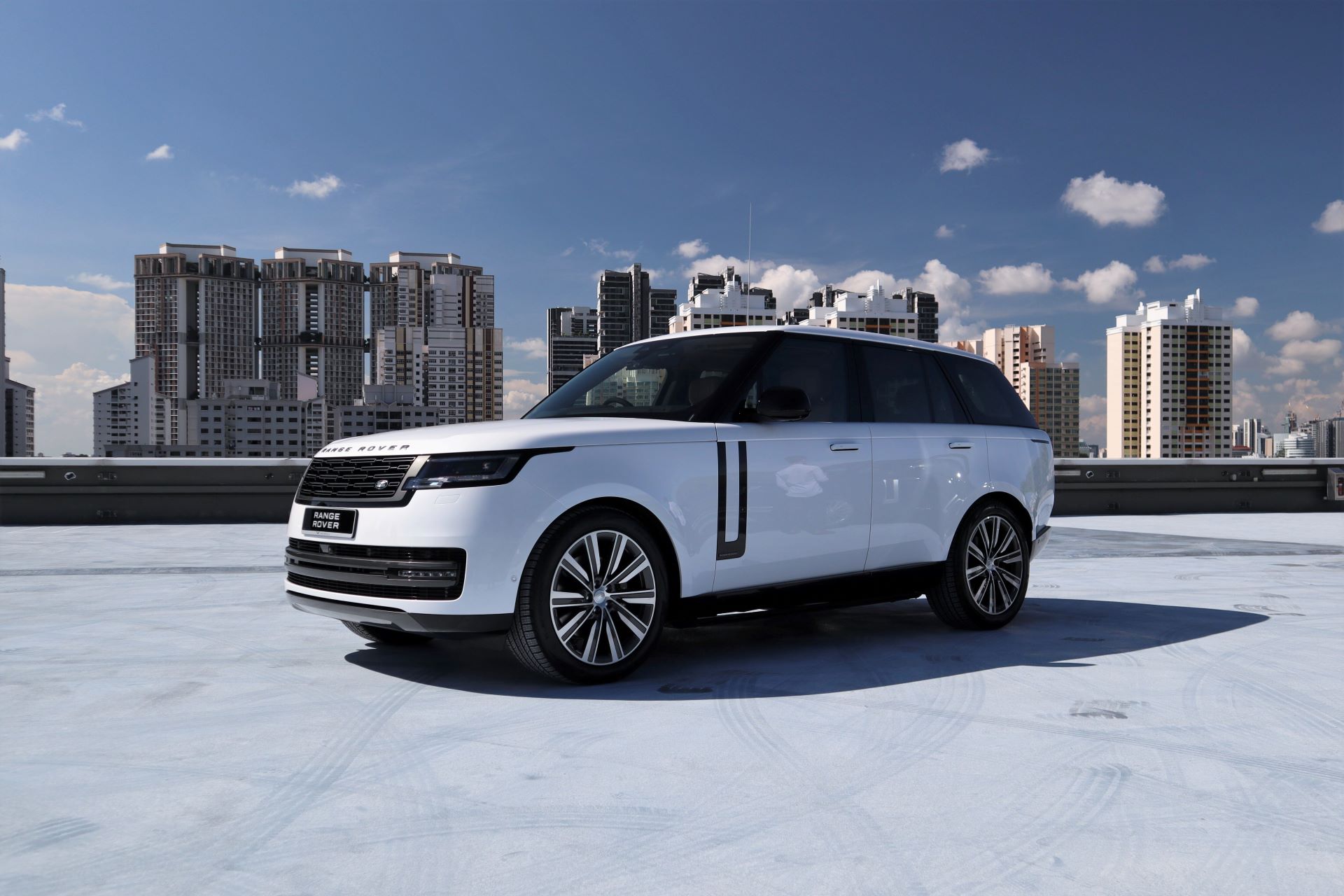 At first glance, one might not see much difference between the all-new Rangie and the outgoing generation. It still features traditional design elements that makes a Range Rover, well, a Range Rover: a falling roofline, a strong and unbroken waistline, and a rising sill line. But as they say, the angels are in the details. 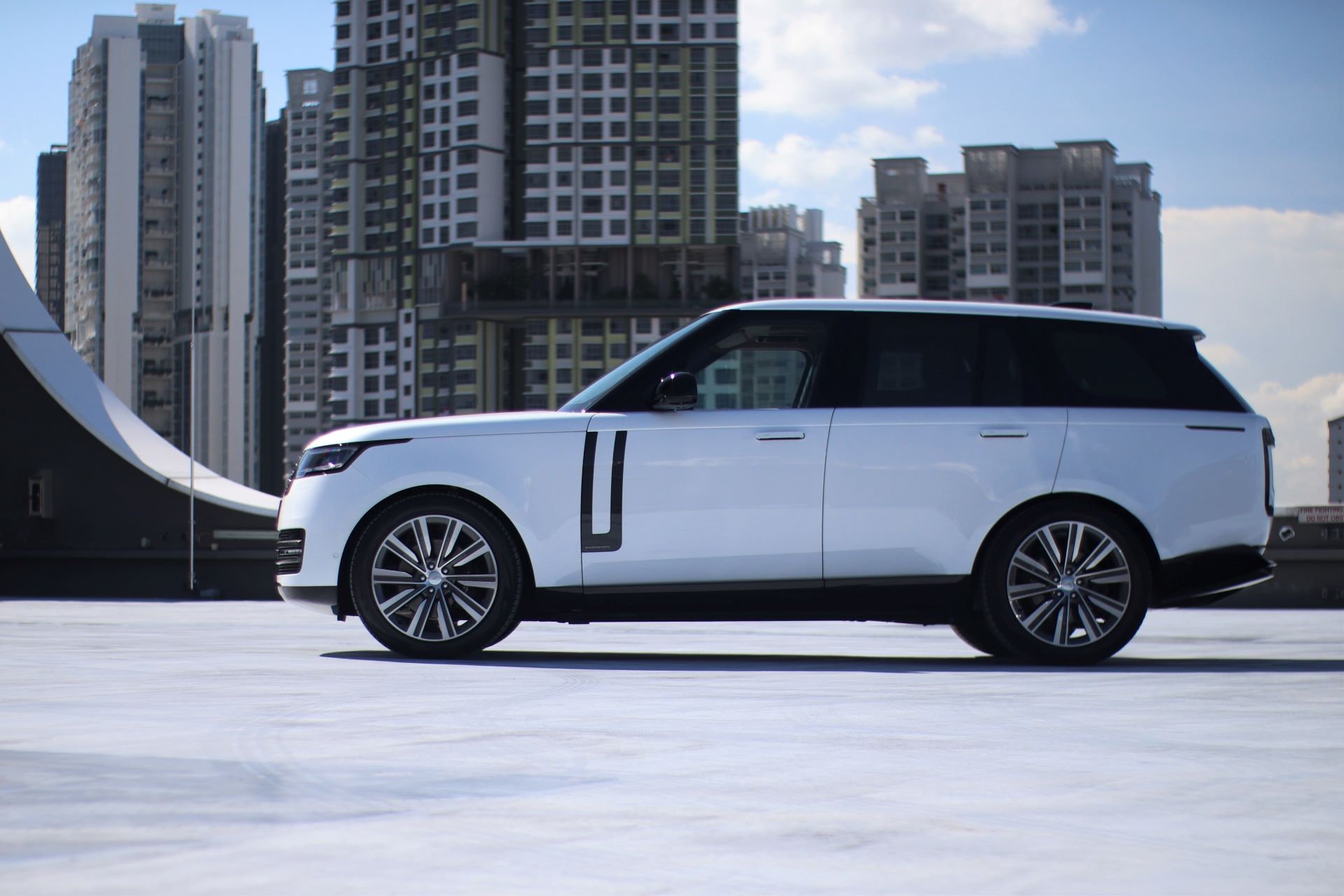 The rear now features a boat tail design, with darkened tail lights that blend seamlessly into the rear fascia. It also has a split tailgate, making for a highly practical luggage or equipment-loading and unloading process.

With a slippery smooth body, the Range Rover is also more streamlined than ever before. It has a drag co-efficient of 0.30, making it the most aerodynamically efficient luxury SUV in the world. 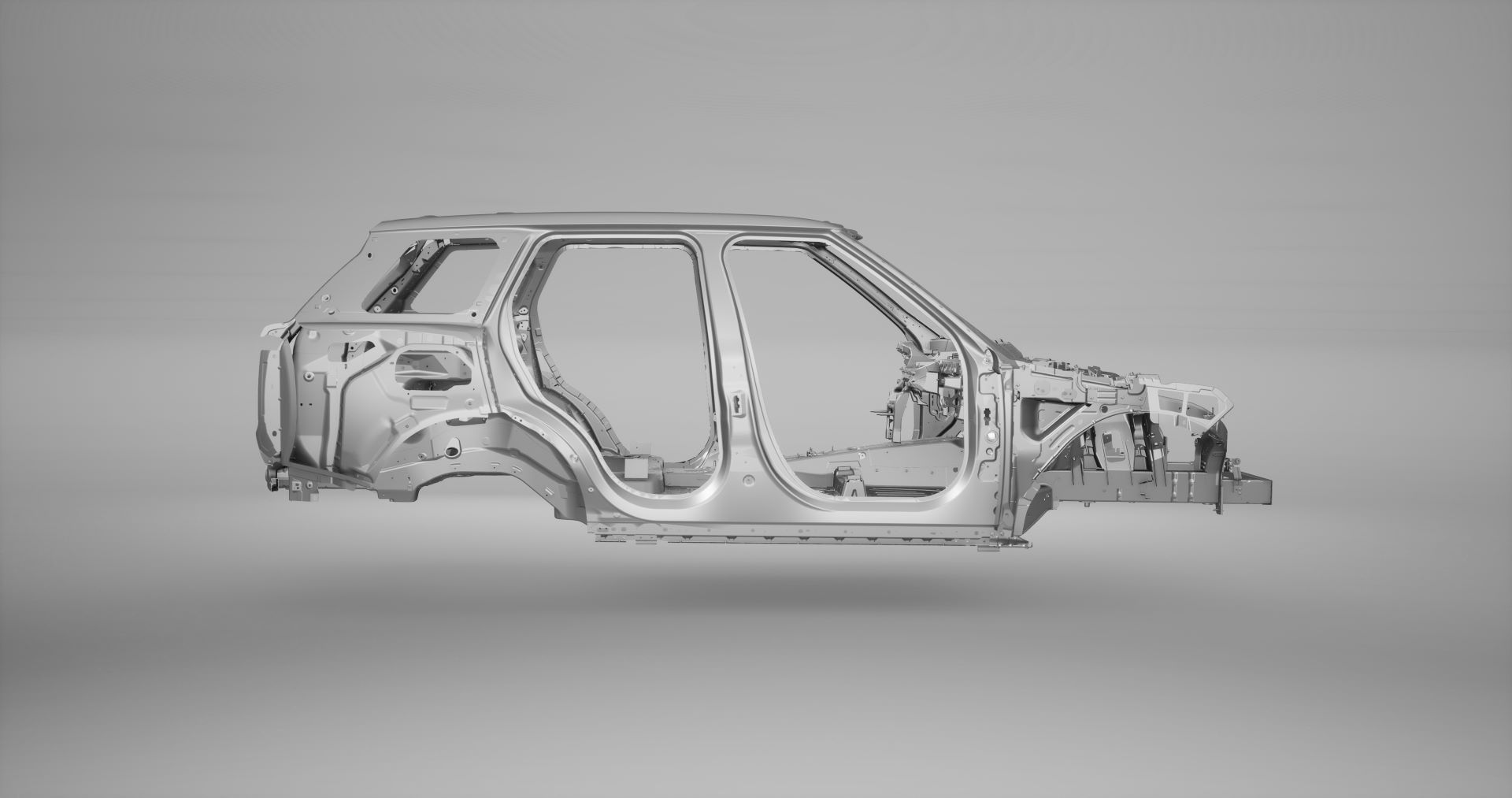 The new Range Rover rests on the latest Modular Longitudinal Architecture (MLA) - Flex platform, which is capable of supporting both standard and long-wheelbase bodystyles. In addition, the MLA-Flex architecture is designed to accommodate not just traditional internal combustion engine (ICE) powertrains, but electrified ones as well. To put it simply, it has been future-proofed for a post-ICE reality.

And compromised, it is not. Even with the battery located under the cabin floor for the PHEV variant, luggage space and driving dynamics are not sacrificed. If desired, this plug-in version can even accommodate a full-size spare tyre. The company claims that the chassis has the stiffest and strongest body structure of any Land Rover, up to 50% stiffer and 25% quieter than before.

It's also rugged, as all Land Rover products are expected to be. High-strength Boron steel is used for the battery casing to withstand extreme off-road terrains. The battery shield is also capable of supporting the weight of the vehicle when balanced on a single axle, cementing its status as a proper sports utility vehicle.

Power In All Forms 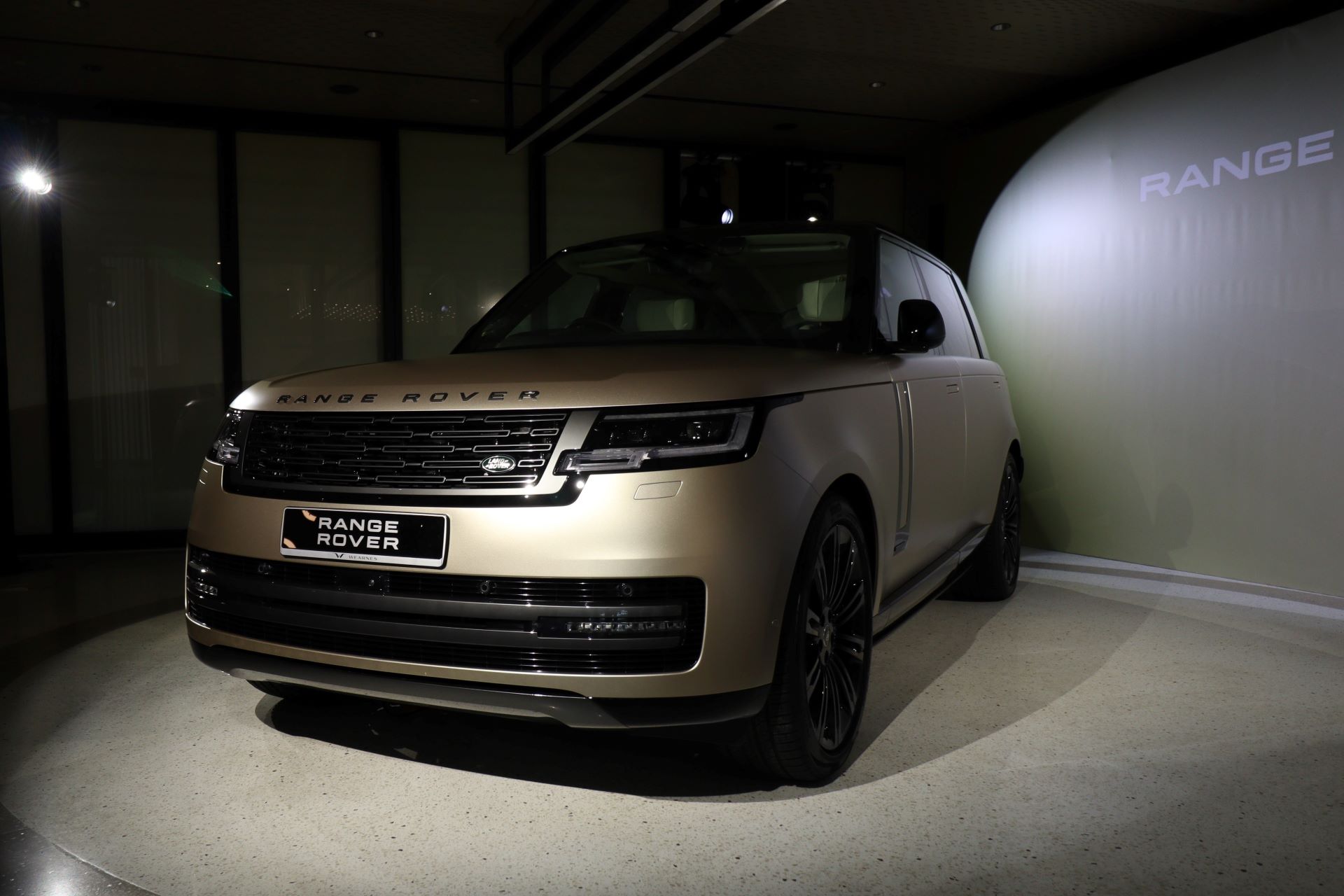 Apart from a selection of three body styles (standard wheelbase, long wheelbase, and long wheelbase with seven seats), the Range Rover will come with an enticing list of powertrain options. These include a petrol-powered 3.0-litre Ingenium inline-six with mild electrification, a diesel 3.0-litre inline-six, and a traditional petrol-powered 4.4-litre V8. The latter allows the SUV to clear a century sprint in 4.7 seconds, and reach a top speed of about 250 km/h.

An all-electric model will also be in the pipeline. 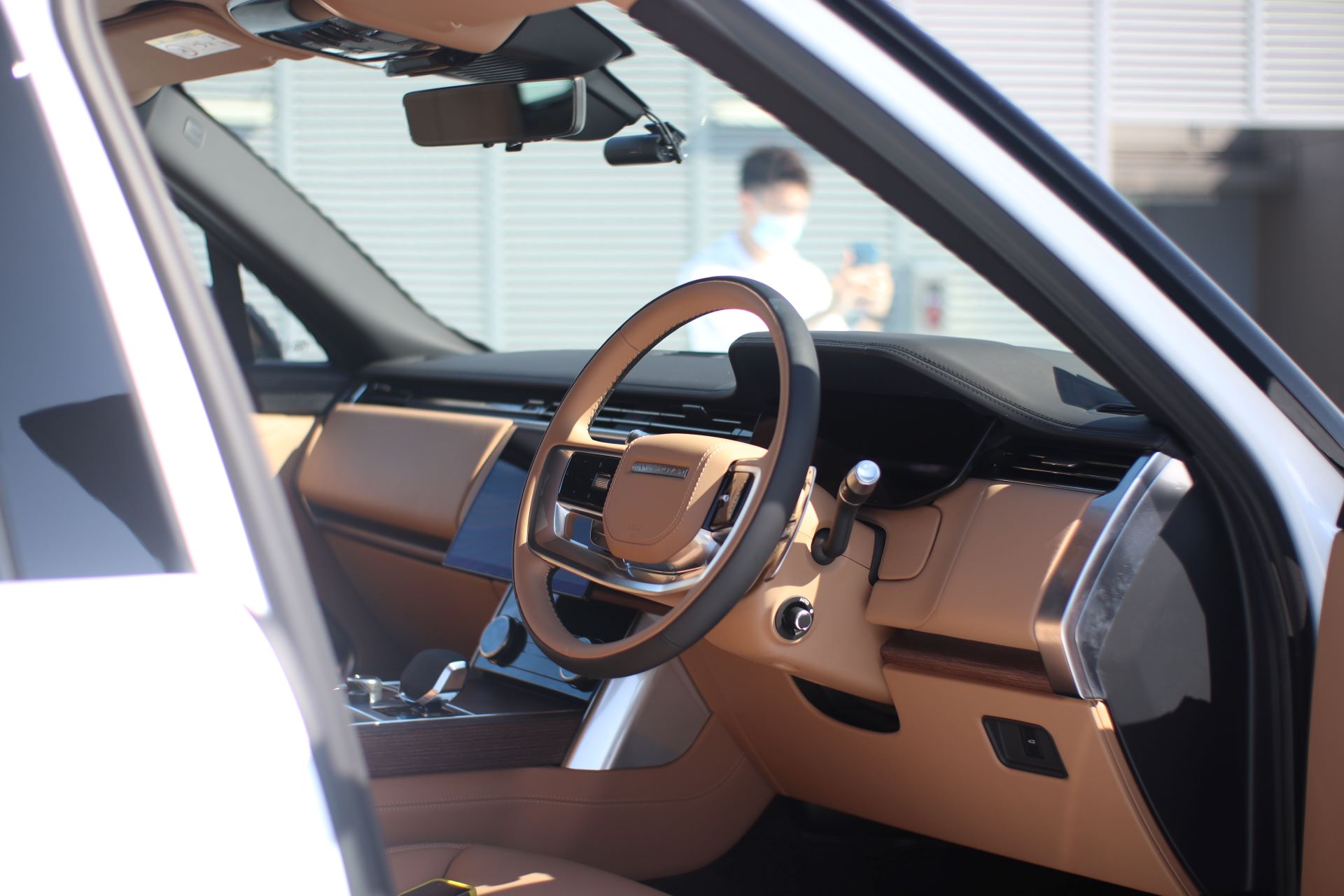 A first for Range Rover models, the SUV can now be optioned with seven seats, apart from the traditional four-seat configurations. It is much more spacious than its predecessor as well, being 75 mm longer. Additionally, the long-wheelbase (LWB) model will be a full 200 mm longer than its standard-wheelbase (SWB) sibling.

Seats and trim pieces are also wrapped in Ultrafabrics and textiles from Kvadrat, which provide tactile and luxurious finishes, but with a much smaller carbon footprint than that of traditional leather materials. According to Land Rover, they are also much lighter than normal leather, which contributes to overall weight savings. 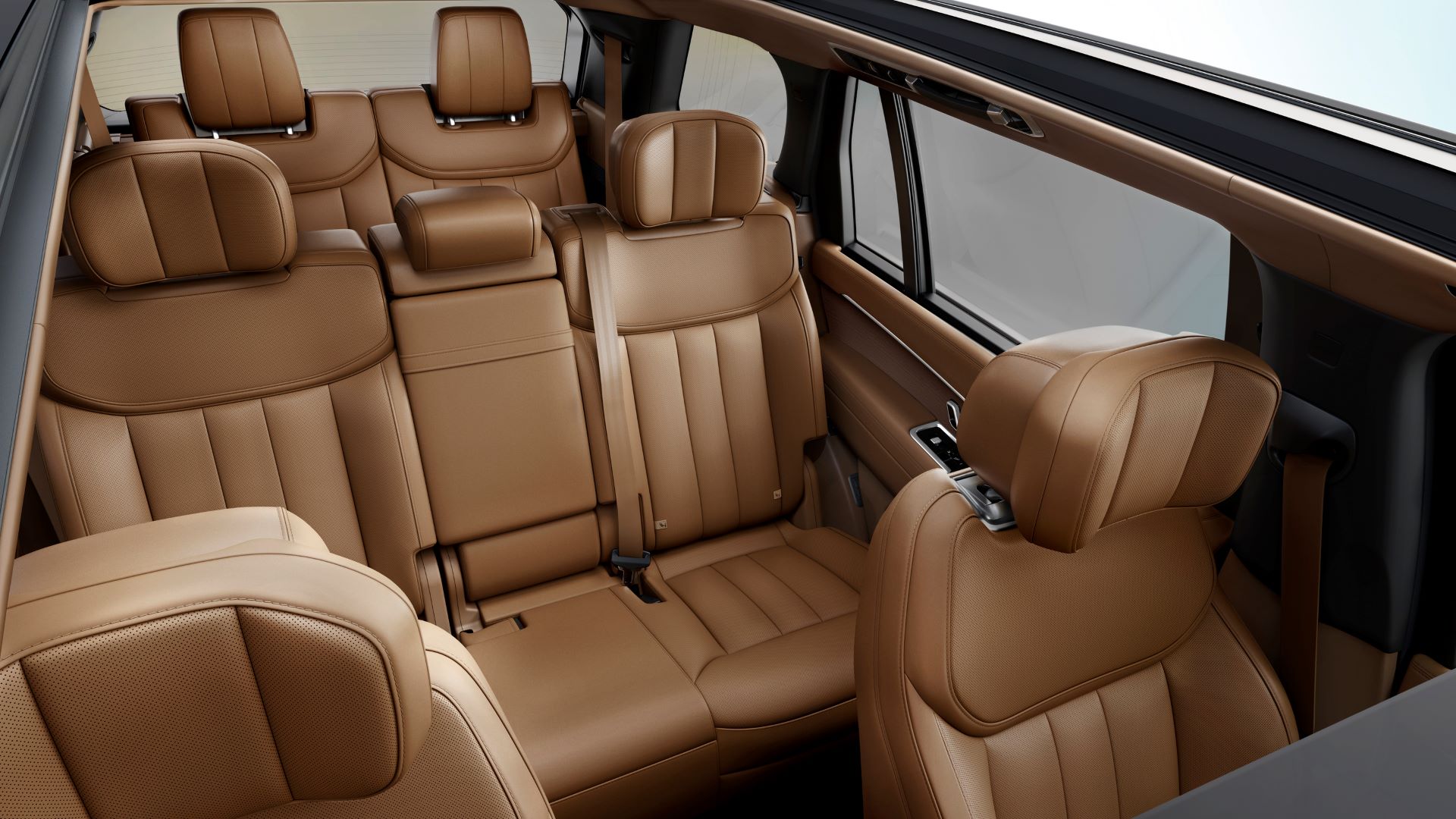 For an unparalleled sound experience, the Range Rover comes with a 1,680 W Meridian Signature Sound System, which includes 35 speakers laid out strategically across the cabin.

It also features active noise-cancellation speakers, which are installed in the front and rear headrests. This helps to cancel out up to 1 kHZ of unwanted noises, five times the range from before. The Active Noise Cancelling System monitors wheel vibrations, tyre noise and engine sounds transmitted into the cabin, and then generates a cancelling signal that is sent out through the speakers.

At the same time, it is able to direct alerts such as navigation instructions and warning sounds to the driver, with minimal distraction to other occupants in the car. 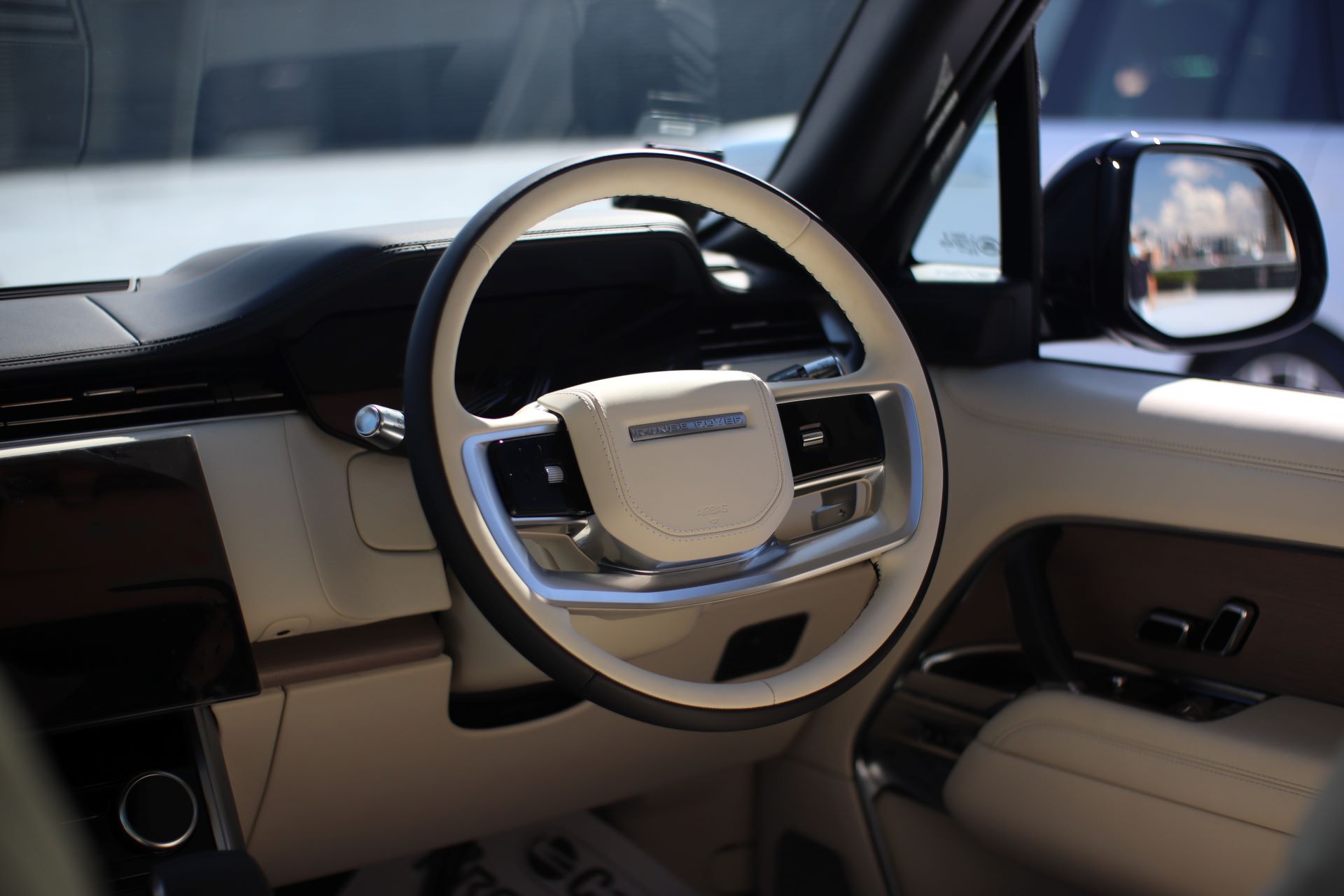 Up front, the dashboard is dominated by a 13.1-inch curved infotainment display, which runs on the award-winning Pivi Pro system. Land Rover says that 90% of the tasks related to vehicle or infotainment controls can be completed within two taps from the homescreen, which should translate to lesser distraction and more concentration on the road up ahead.

Rear occupants can also opt to have 11.4-inch HD touchscreens for on-the-go entertainment. They are equipped with HDMI dongles to sync with various devices, and there's even an on-board WiFi hotspot to stay connected.

To stay keep all occupants satisfied, Range Rover models will come with up to eight USB Type-C sockets. The integrated 60W USB-C connections on the second row are also capable of charging a laptop directly, without the need for a power pack. 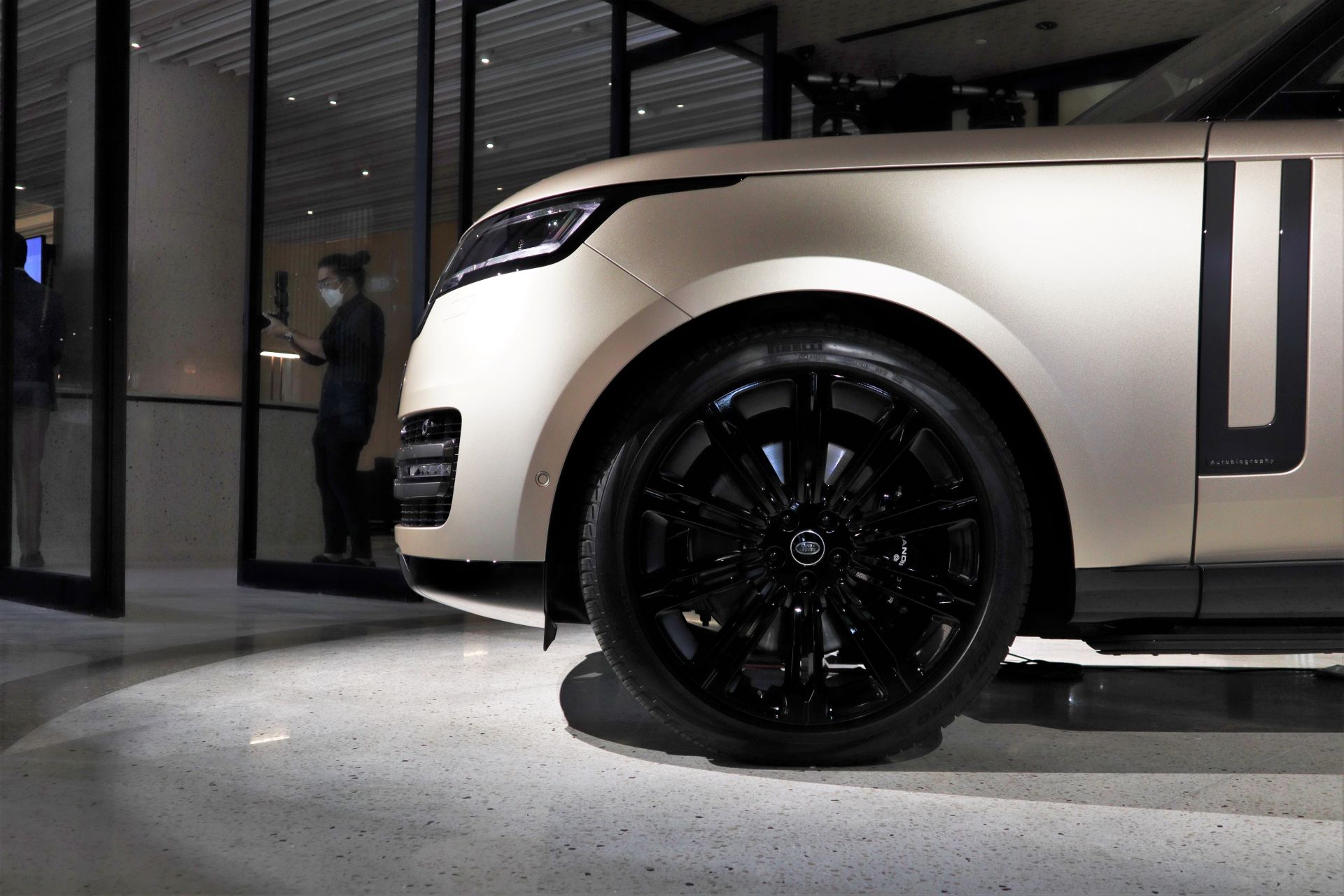 And what's a Range Rover without massive wheels to traverse across rough terrains on? The Rangie comes equipped with 23-inch alloy wheels as standard, and 815 mm diameter wheel/tyre combinations.

Every Range Rover will also come with All-Wheel Steering, allowing for excellent maneuverability despite its yacht-like 5.2-metre length. The rear axles, which are electrically-operated, provides up to seven degrees of steering angle. At low speeds, they turn out-of-phase of the front wheels. All of this results in a turning radius of less than 11 metres. At higher speeds, the rear axle turns in phase with the front wheels for enhanced stability and comfort. 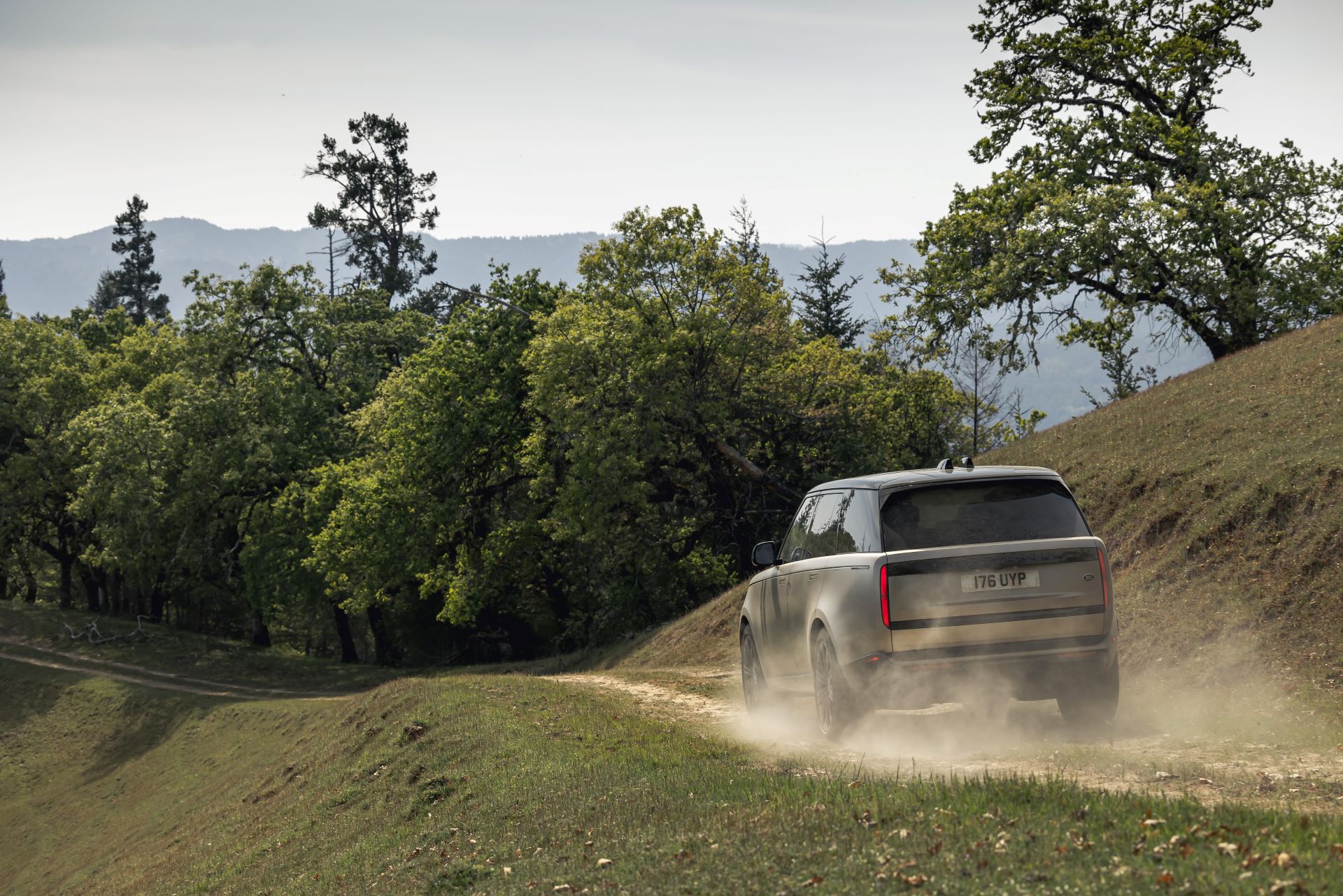 And perhaps the Range Rover's pièce de résistance is its Terrain Response 2 system, which harnesses all of the abovementioned systems to provide the ideal settings for the surroundings. The driver will also be given a choice of six driving modes to choose from, or use Configurable Terrain Response to create a bespoke chassis setup.

Pricing and availability details are still scarce at the time of publication, although we expect it to clear the half-million dollar mark.