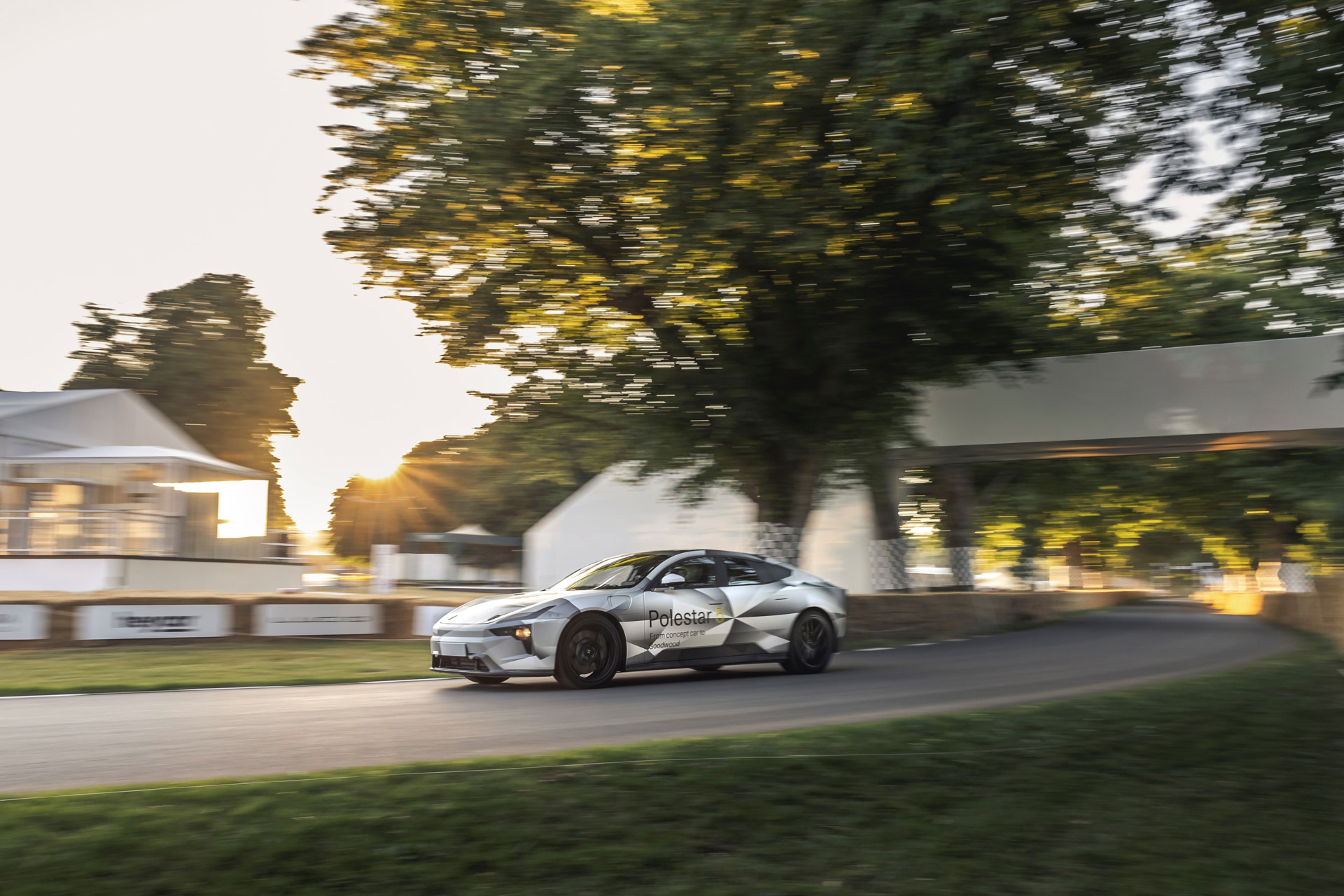 You’d be very satisfied with the events that were running concurrently last weekend if you are a motorsport fan. The most relevant event to the average Joe is the Goodwood Festival of Speed.

Whilst we were not lucky enough to have been able to see the happenings for ourselves, we could witness the hype and drama of the various happenings and car launches via the official event livestream.

There’s no shortage of action on the hillclimb this year, with what feels like a record turnout after two COVID-curtailed years. But the cars in the list below caught our attention, and for various different reasons. In no particular order, they are as follows:

Move aside Polestar 1, as come 2024, Polestar will have a new flagship. Whereas the Polestar 2 was designed to compete with the likes of the Tesla Model 3 and even various other electrified compact execute saloon offerings from the Germans, the Polestar 5 has been engineered to slug it out with the best EVs the world has to offer. 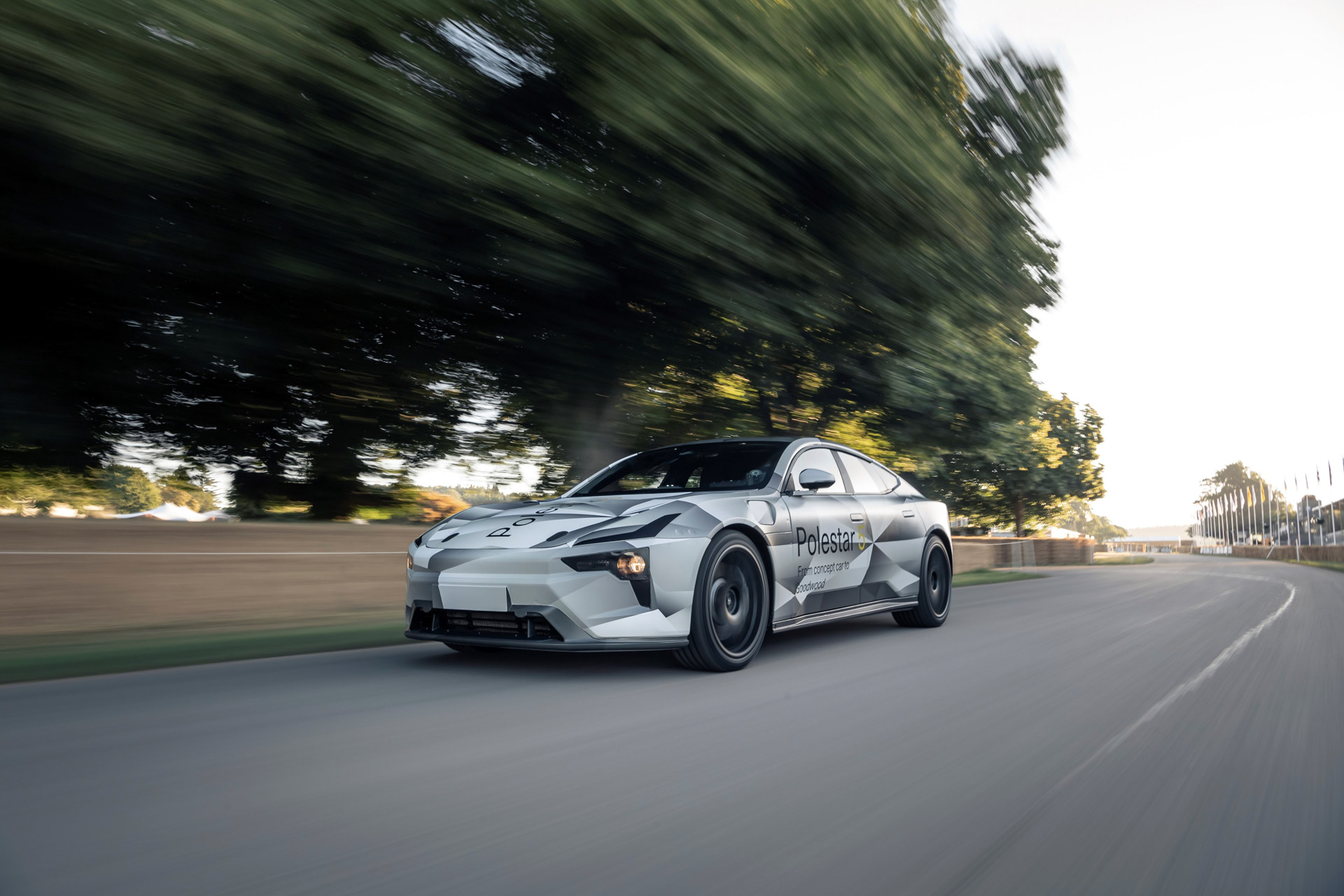 Built on a new platform, the Polestar 5 allows low-volume performance car traits to be brought to the mainstream. It combines light-weight construction with high-rigidity structures for superior handling. Battery pack placement has also been optimised to increase interior cabin space, also lowering the centre of gravity for better driving dynamics. It has cues lifted from the Polestar Precept concept car, and you can expect the production vehicle to come with 872 bhp and 700 Nm of torque.

Granted, this isn’t the official launch of the Mercedes-AMG ONE, but it is the first time the car has turned a wheel in anger in public. Development of the AMG ONE started almost five years ago, and car development was fraught with issues from the get go. Looking back at the development process, Mercedes CEO Ola Kallenius quipped that the company’s board of directors must have been “drunk” when they approved the project. 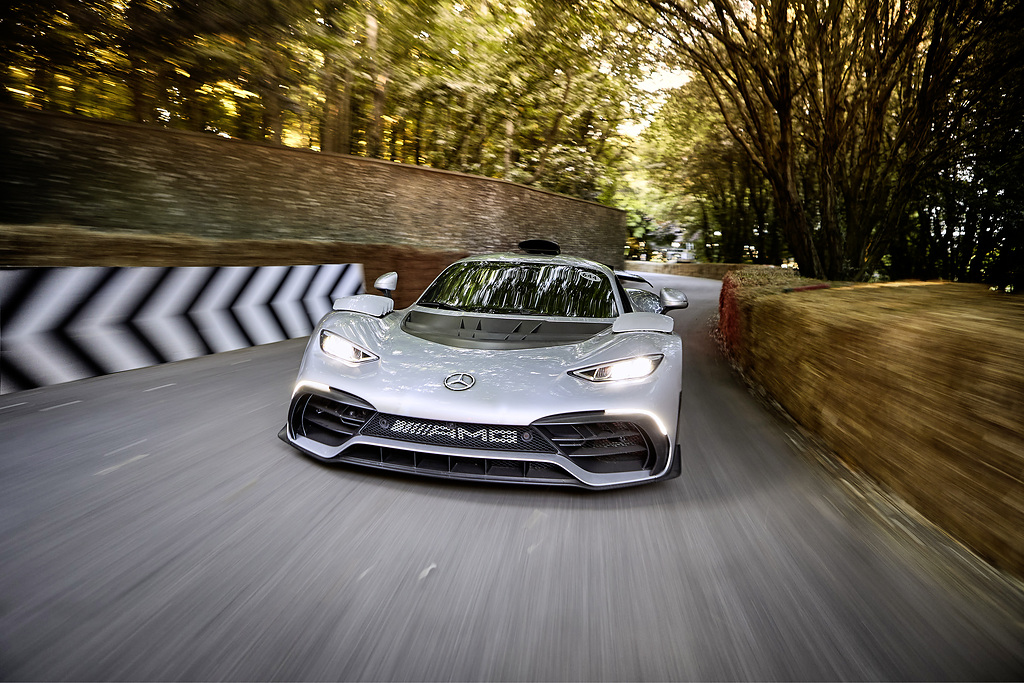 Mercedes-AMG Petronas F1 Reserve Esteban Gutiérrez was in charge of piloting the F1-engined hypercar up the Goodwood hill, even stopping in front of the grandstands to show off the car’s active aero in its track mode. For a quick refresher of the car’s specs, it develops in excess of 1,000bhp from a combination of its 1.6-litre turbocharged V6, and a bevy of electric motors. It is also the only vehicle in our list that uses petrol as a fuel for propulsion.

Up till this past weekend, not many people outside of the British speciality motorsports engineering industry have heard of McMurty Automotive. They have since gained overnight fame in beating the official Goodwood Hillclimb record in their ground-effect McMurtry Speirling EV. They set a time of 39.08 seconds, significantly quicker than the 39.90 set by the VW ID.R. 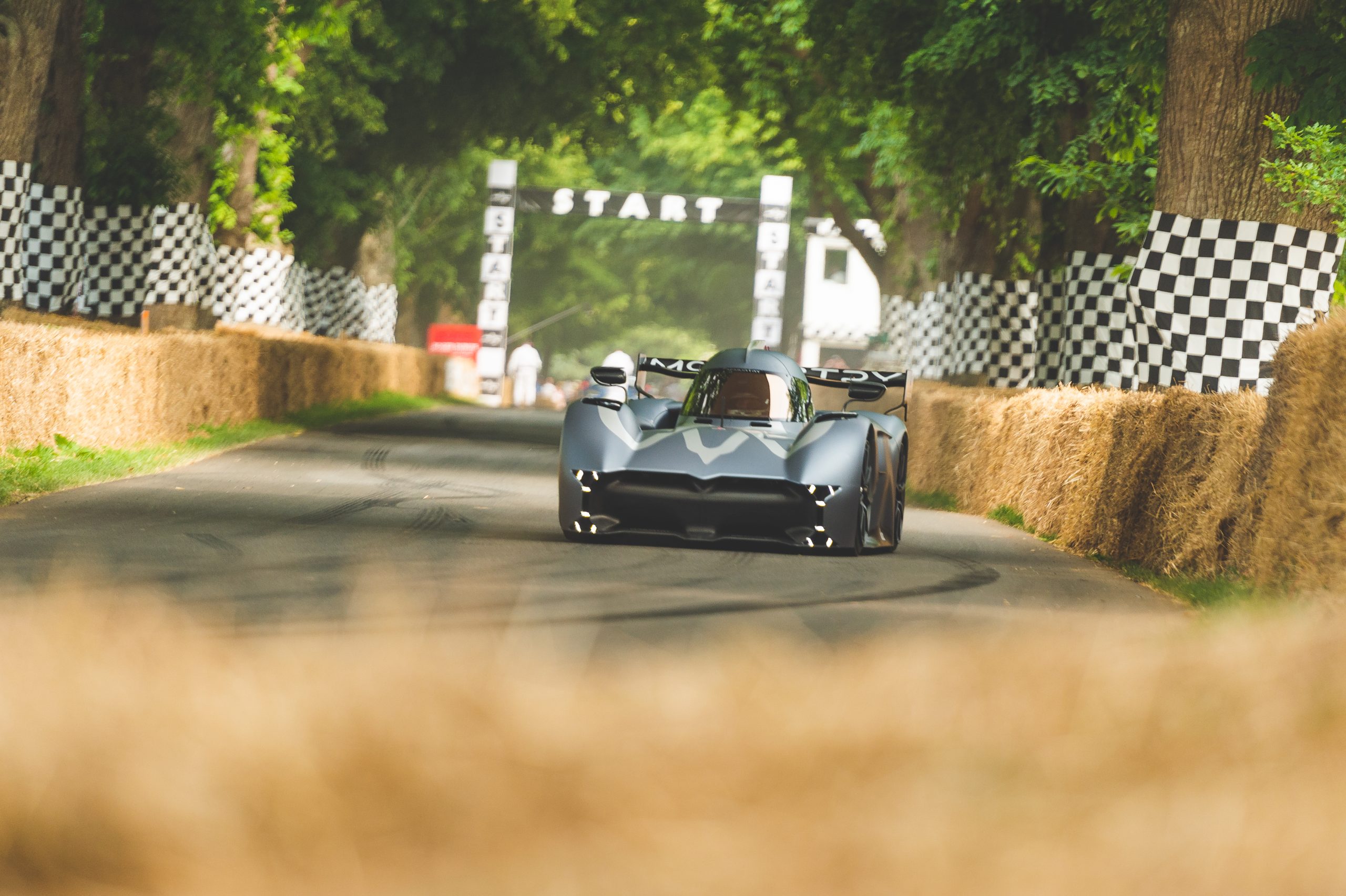 Specs are thin on the ground at the moment, with the automaker opting to keep their cards very much close to their chest. All they’ve revealed is that their car, which only measures 3.2 metres in length and 1.5 metres in width, weighs under a tonne, but has 1,000bhp. But power-to-weight is only one tool it has in its arsenal - it has an underbody fan that generates an incredible amount of downforce. And that’s a potent recipe indeed, with it beating legendary, and even some completely unhinged, race cars such as the 1973bhp Ford Supervan 4, as well as a Jaguar XJR-12D, which is a Le Mans prototype that raced in the early 1990s.

If you are building a hypercar, you can do no wrong by engaging the services of design aces Pininfarina. But all show and no go is no bueno for a hypercar - it needs to have the power to back up the aesthetics. And Viritech ensures that they have that base covered too. 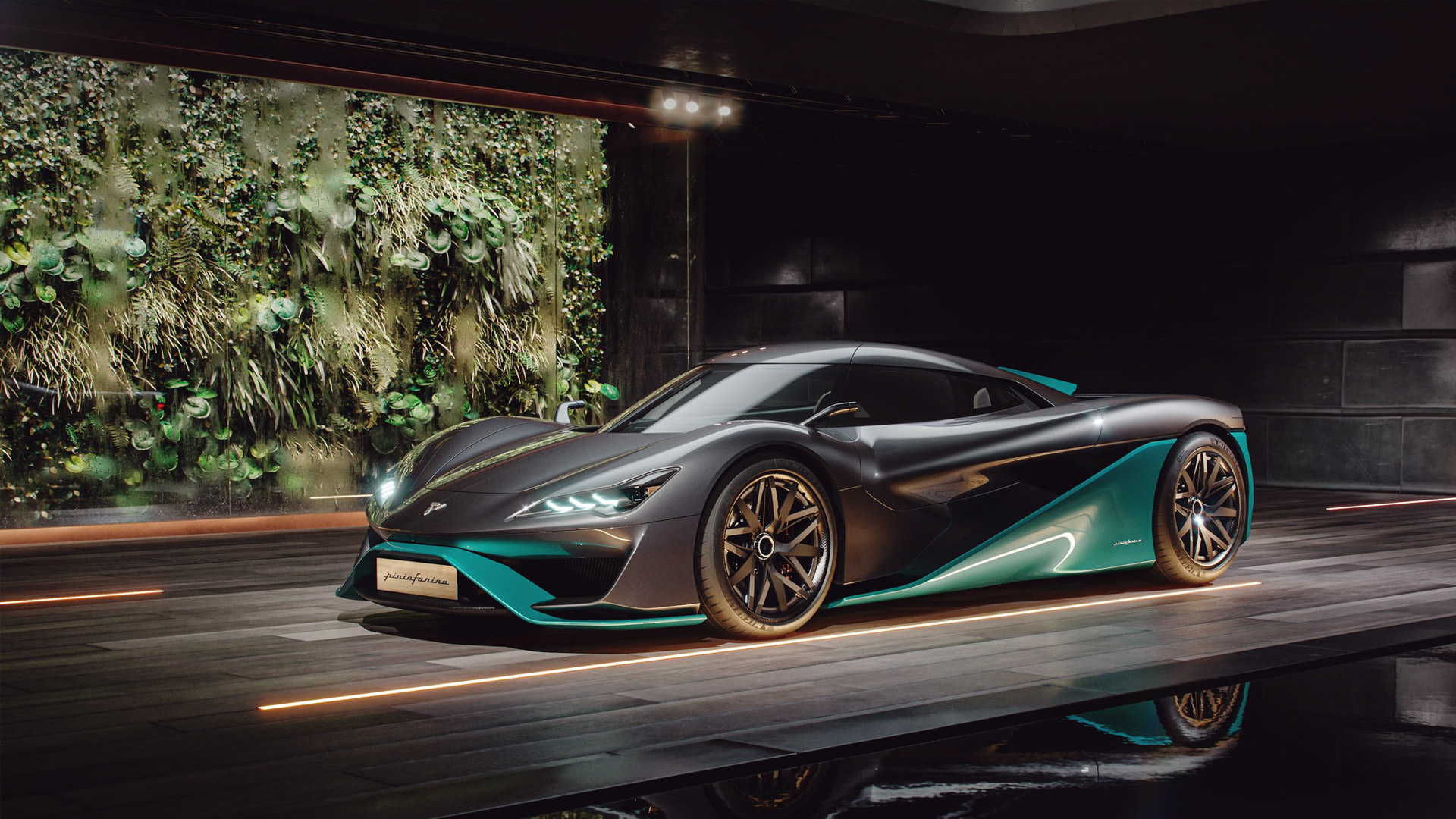 But unlike all of the other vehicles in our list, it doesn’t use petrol or electricity to create its horsepowers. That’s because Viritech is a fuel cell specialist, which means their Apricale is perhaps one of the first production-oriented performance vehicles to use Hydrogen as a means for propulsion. It has an F1-style battery, but with a capacity of only 6kWh, with on-demand electrical needs satiated by its ground-breaking Hydrogen storage solution that has been built into the chassis. All the energy is controlled by proprietary software, dubbed Tri-Volt by their engineers, and allows the car to weigh just 1,000 kg, but output an eye watering 1,073 bhp!

The fourth iteration of Ford’s iconic show vans is probably the most extreme one yet. It may not have engines derived from some of the hottest hyper cars or Formula One race cars of its time, but what it does have is a four digit power figure. 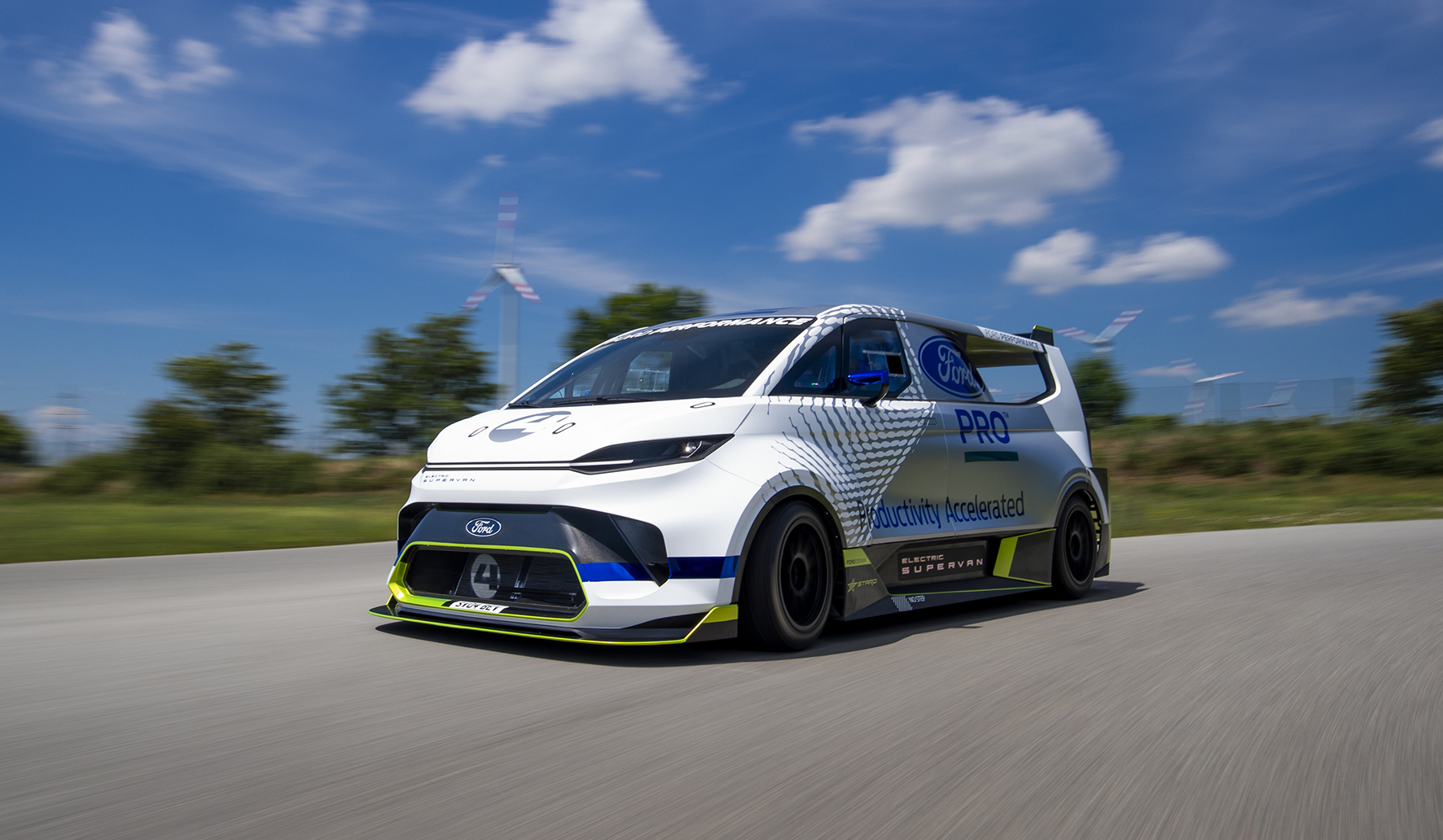 As with its predecessors, this is a Transit in name only. There are remnants of the original donor E-Transit floorpan, but they are joined to a steel spaceframe and topped off with an aero-optimised, composite body. Ford says the van will put out 1973bhp from its quad motor setup, enough to propel it to 100km/h from a standstill in less than two seconds. A 50kWh battery supplies the power to the motors, and can be recharged in 45 minutes with a standard fast charger. Ford also has a sense of humour, opting to fit the vehicle with a touchscreen that you’d find in a Mustang Mach-E, for when its driver would like to actually use it as a normal vehicle instead of the track-focused weapon it actually is.

The Future Is Fast (But Quiet)

It’s the sign of the times. Electrification is only going to be adopted on a wider scale, with petrol-powered vehicles gradually being less relevant. The five cars we’ve picked out from all the releases from Goodwood Festival of Speed showcase various advancements in the respective car classes, and serve as a preview for the not-too-distant future.

The cars mentioned here are big dollar vehicles brimming with technology, far out of reach of the average joe. That is with the exception of the Polestar 5, which was designed to bring the fight to the best of what Tesla and Audi has on offer at the moment.

What are your top five noteworthy cars from the recently concluded Goodwood Festival of Speed? Do let us know in the comments down below!