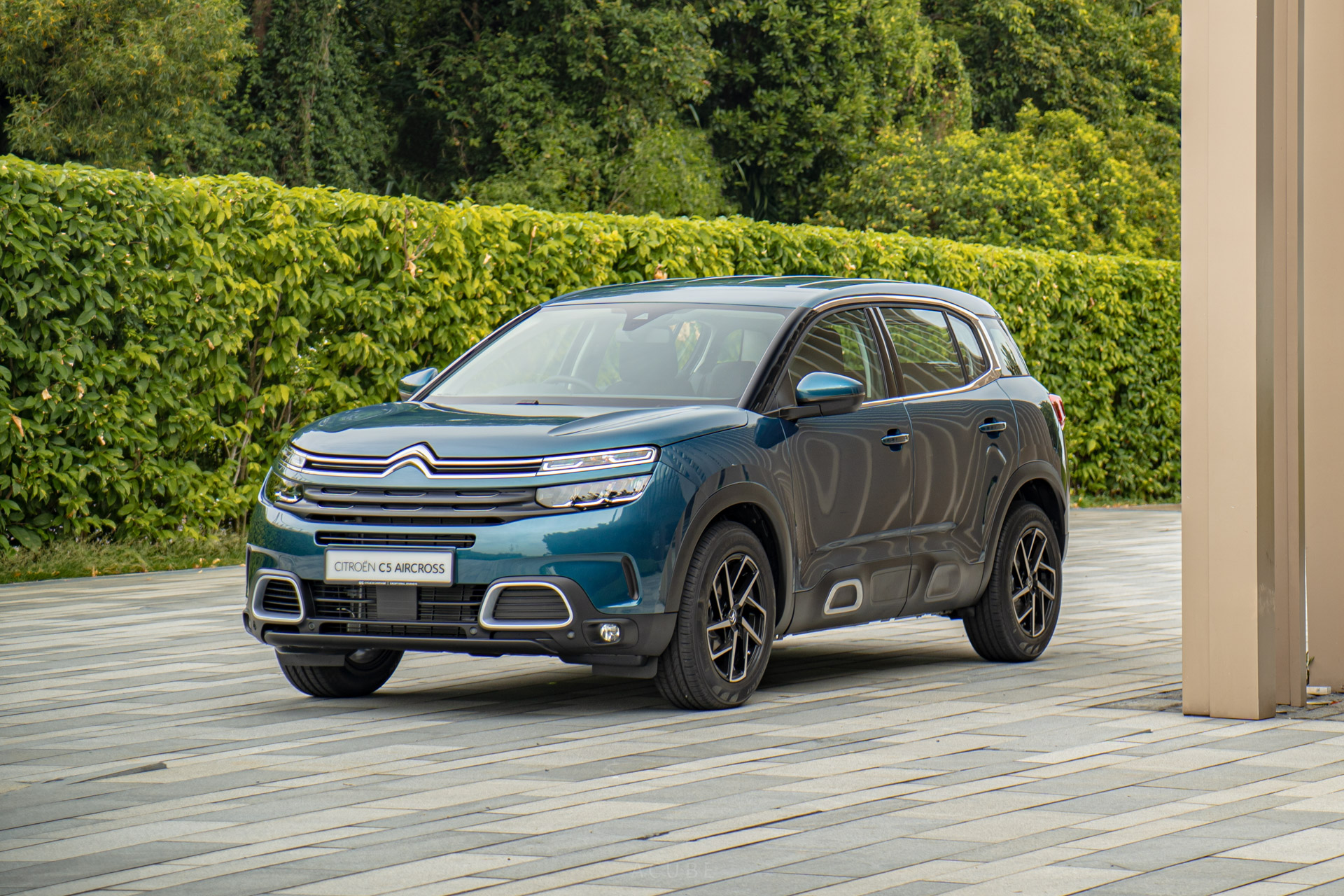 The crossover is ingenious. Hatchback underpinnings and off-road-inspired aesthetics translate into lower running costs, but with the space, configurability and practicality of a larger vehicle - traits that probably explain their popularity!

A bold claim to make for sure, but there's no denying the formula works. There's a very good reason why they have become the most popular class of cars globally in recent years. Form all the opinions that you want about these vehicles, but as demand for other car classes continue to plummet, it's really only a matter of time before every automaker conjures up a vehicle utilising the same formula.

With that in mind, just what are some of the better value crossovers that you can buy in Singapore today?

Send me the latest COE and PQP results! 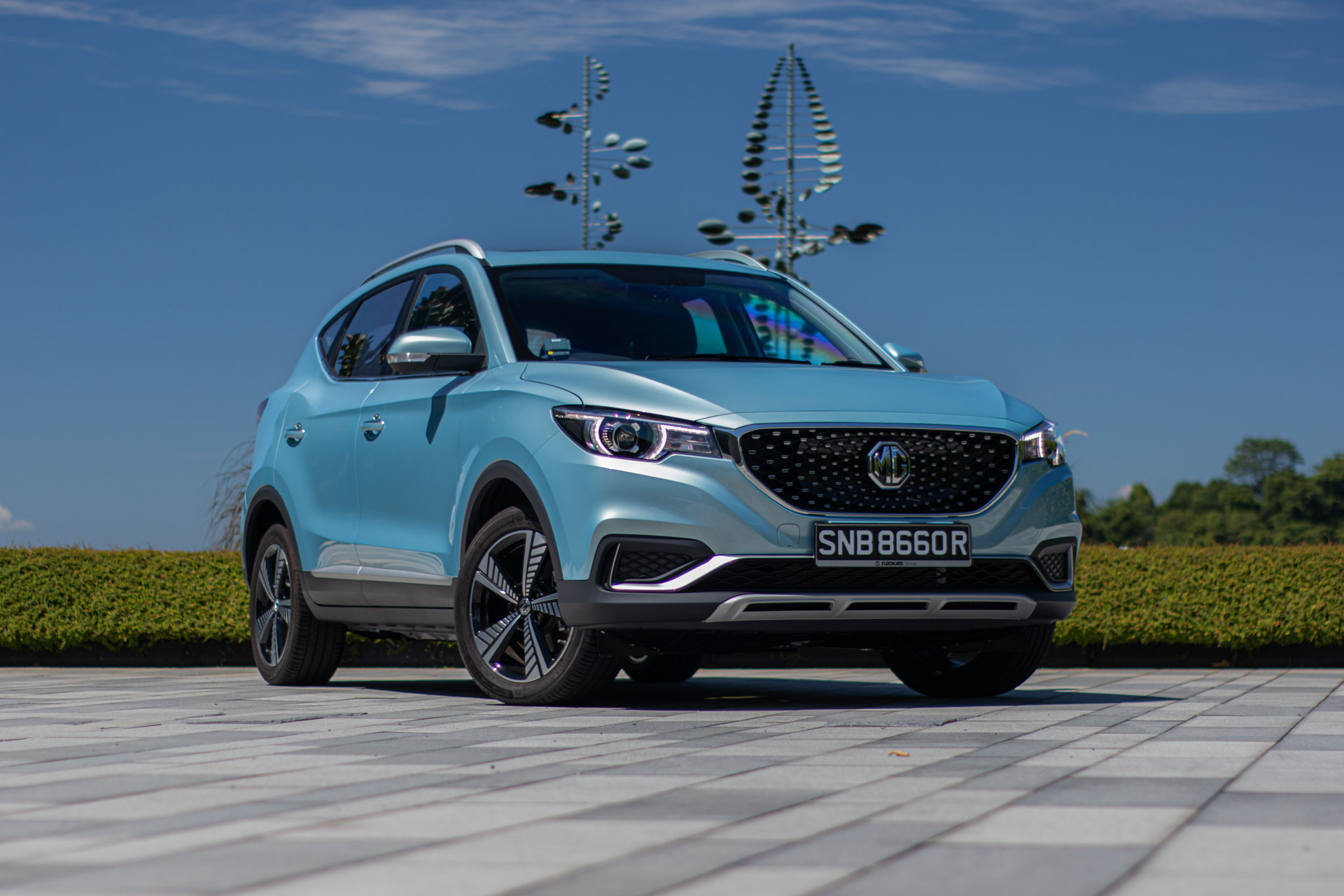 The MG ZS EV bucks the trend that is questionable build quality, a trait usually associated with the MGs of old and of any mass-produced product that was manufactured in the People's Republic. The Anglo-Sino EV SUV also has a very faint whiff of sportiness about the way it conducts itself, perhaps an unintentional homage to the many storied sports cars it shares a badge with.

There's no dodgy fitting panels or copious use of brittle materials here - build quality is actually decent, comparable to that of other Asian-made crossovers from its price bracket. And the aggressive pricing, considering its an EV, isn't the result of corners cut in the powertrain department either.

The instanteous torque from its 141 bhp motor means the car is always eager to accelerate, effectively tricking you into believing the car is more agile and compact that it really is. It will comfortably out drive and perform other similarly-sized, petrol-powered CVT crossovers. perhaps made by another major car building country in Asia. Usable range is decent too, as you'd get close to 300 kilometres of range on a full charge with no major issues! 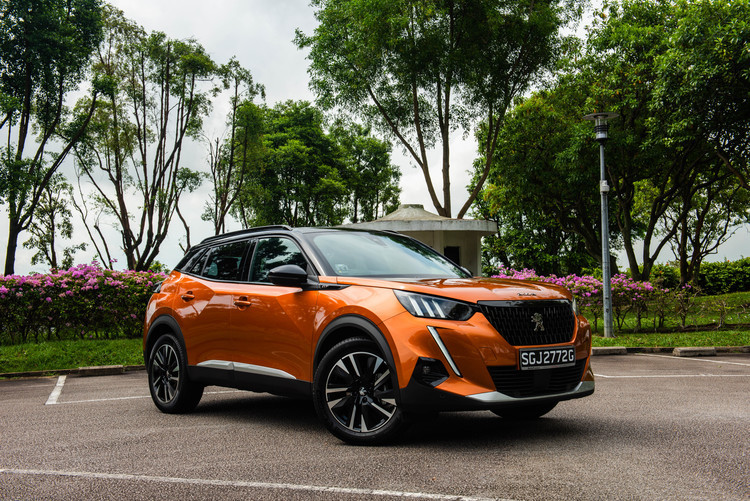 Polarising styling means the Peugeot 2008 GT looks significantly more expensive than what you'd actually expect to pay for it. The French have always had a unique take on car styling, and this is evident in the ethos of the 2008 GT.

In this trim level, you'd find daytime running lights, designed to mimic a lion's claw print, gracing the front end of the vehicle, which also doubles as a tribute to the brand's logo. These elements frame the car's large chrome grille and tall bonnet, working in unison to give the car an aggressive visual stance.

To back up those looks, you'll get a small but determined 1.2-litre 3-cylinder turbocharged petrol engine producing. With 129bhp on tap, the car may sound anemic on paper, but with peak torque available from just 1,750rpm, or effectively from as soon as you put your foot down, the car has healthy amounts of grunt and is nimble and agile getting off the line. All of that power is mated to an 8-speed automatic transmission, enabling the 2008 to perform the century sprint in a respectable 9.1 seconds.

"A bold claim to make for sure, but there's no denying the formula works. There's a very good reason why they have become the most popular class of cars globally in recent years." 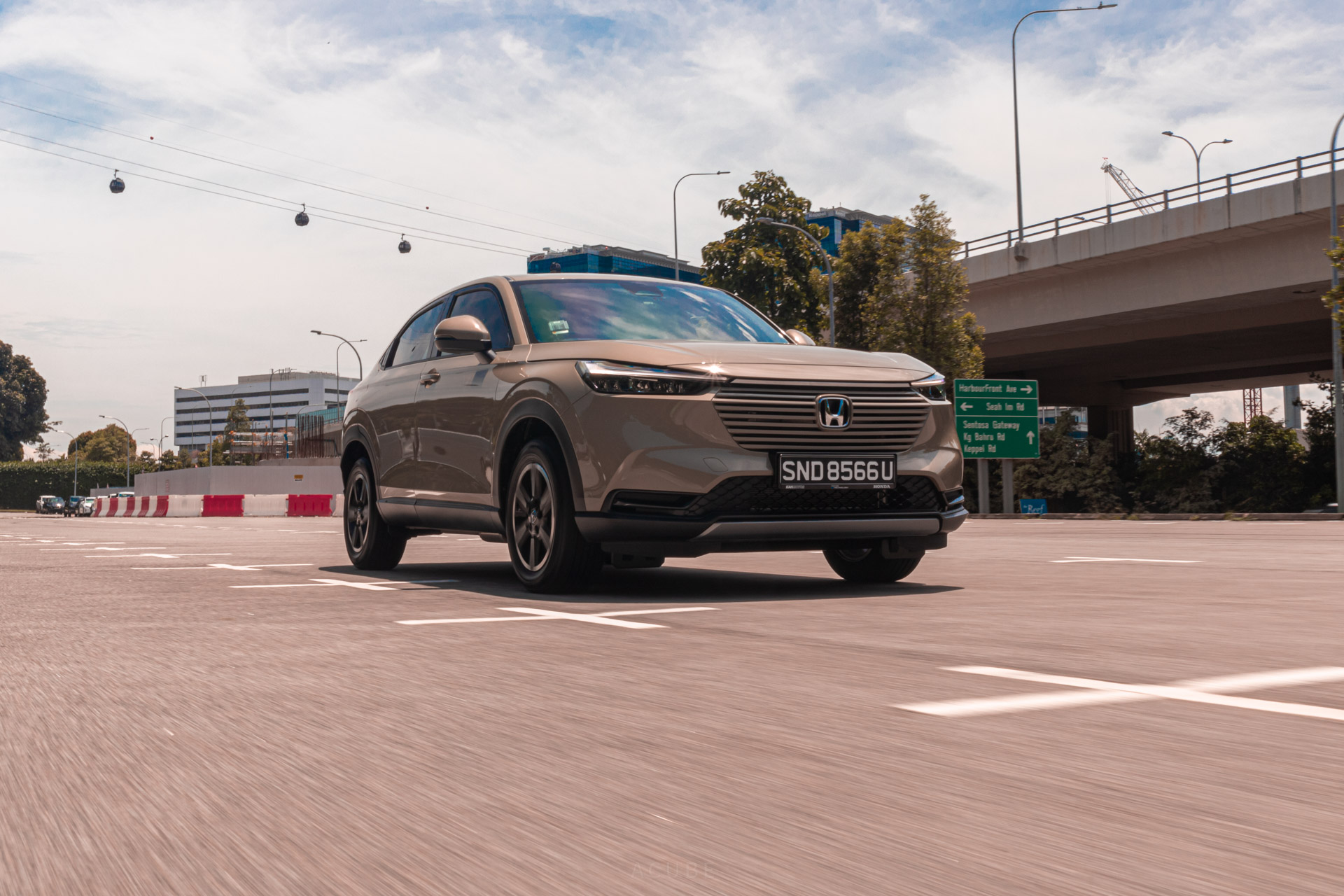 The Honda HR-V (more specfically its PI Vezel cousin) is perhaps the closest we have ever been to having a national car since 2014. Japanese reliability and plenty of usable cabin space means it has been the favoured car for private hire drivers island wide.

Respecting the formula of what made the initial Vezel such a hit in the first place, Honda has opted to replace the car with a successor that sports a more distinctly avant-garde futuristic design brings it up to speed with the rest of the compact SUV competition, while retaining Honda’s signature day-to-day practicality.

The drive is decided more subdued compared to some of the other offerings. We enjoyed the agile, if a bit light, steering response on the HR-V. The same cannot be said for the engine, which happens to be a 1.5 liter inline-four i-VTEC engine, with a Cat A-friendly 118 bhp. It has a CVT transmission attached to it, which does provide a smooth, albeit mundane driving experience. However, expectations must be tempered, as this is not meant to be a high-performance machine by any stretch of the imagination! 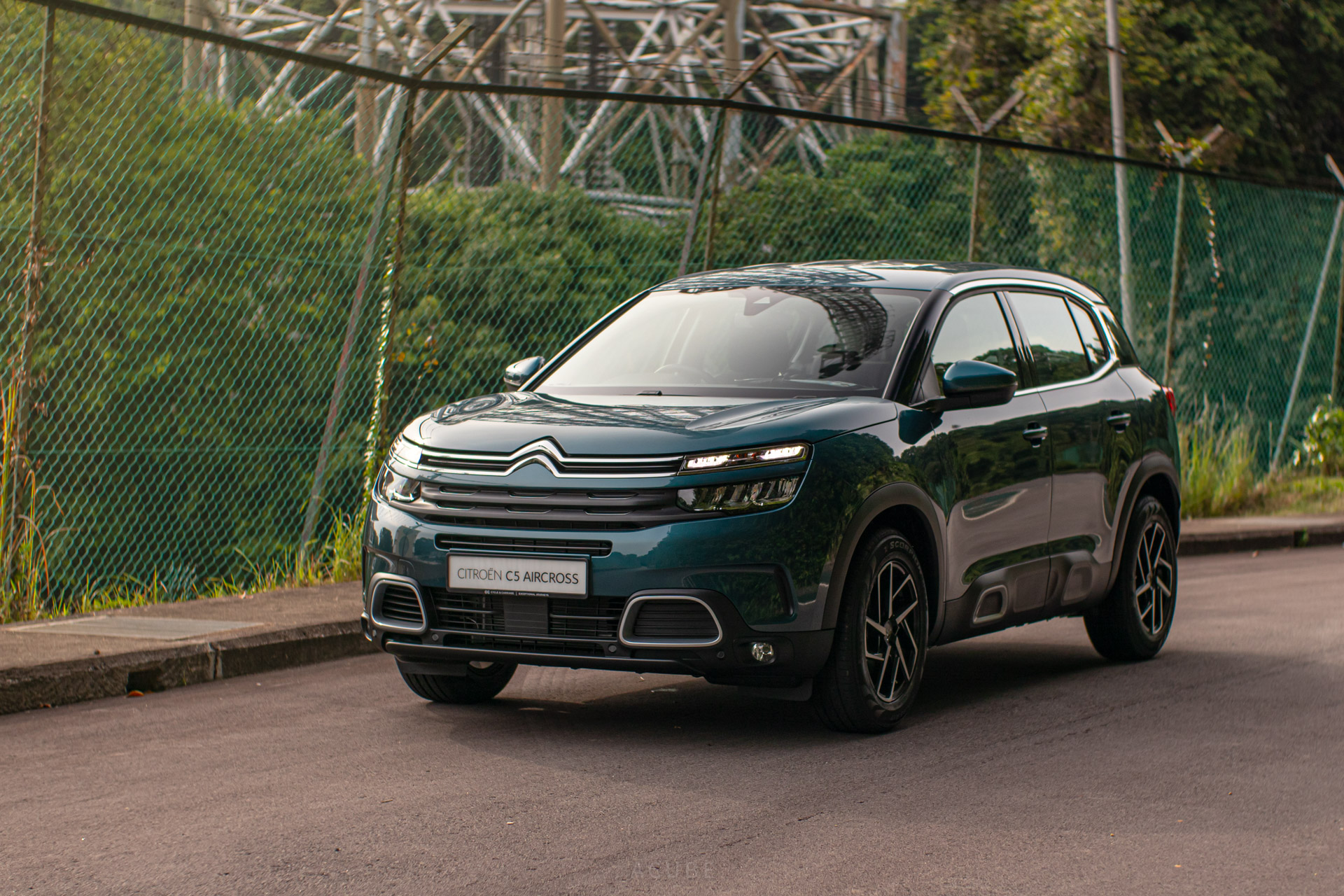 This is a car in which function meets form in a quirky and inimitable French way. There's no need for butch and boxy here; Citroën opted to go with a rounder, softer approach to car styling, for a sensible and mature outward appearance.

Though you're likely to buy this not because of its styling, but because of its ride comfort. The car has been equipped with Citroën's Progressive Hydraulic Cushions, which uses two progressive hydraulic cushions added to an otherwise conventional suspension setup, for a supple and comfortable ride regardless of the road surface. This approach definitely pays off, as the combo means the C5 Aircross rides better than some really expensive European cars in their most comfort-oriented setting.

As with the HR-V, the C5 Aircross has a Cat A-friendly engine. It takes the form of a 1.2L turbocharged PureTech in-line four-banger that you'll find in a smattering of other PSA Group cars. It still has 129bhp on tap, which means the experience behind the wheel isn't compromised despite the diminished capacity. 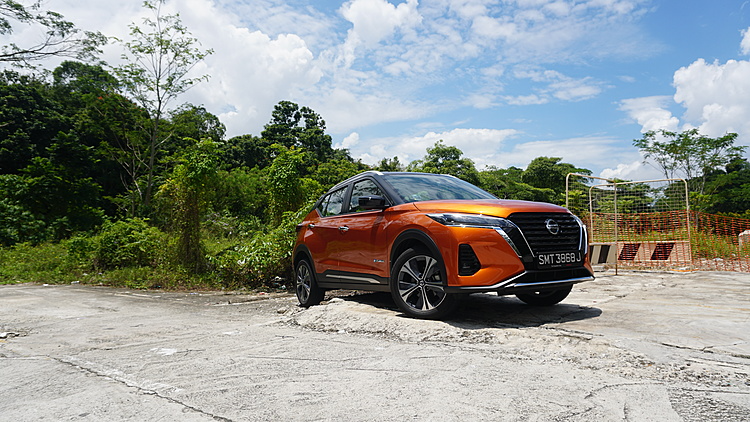 Nissan's approach to the future of motoring defers significantly from its peers. Where other manufacturers opt to add range by stuffing ever bigger battery packs into their vehicles, Nissan opted to go with a range extender setup. In this configuration, the 1.2 litre naturally aspirated powerplant, borrowed from the Note hatchback, doesn't actually power the wheels, but generates the electricity to recharge the car's 1.57kWh battery.

The car outputs 129PS and an instantaneous 260nm of torque, which means you can really get a kick out of it on spirited drives too. It leaps off the line up till around 70km/h, at which point the sensation of being pushed back into your seat begins to wear off. This means that if you want to, you could smoke that ah beng turbocharged Civic beside you at the stop lights.

If driven normally, the Kicks can deliver a claimed 21.7km/l due to its novel electric-hybrid drivetrain, especially if you engage the One-Pedal Drive system. When you lift off the throttle, the car's re-generative braking system actually provides enough deceleration to slow the car down to a complete stop, while charging up the batteries at the same time! 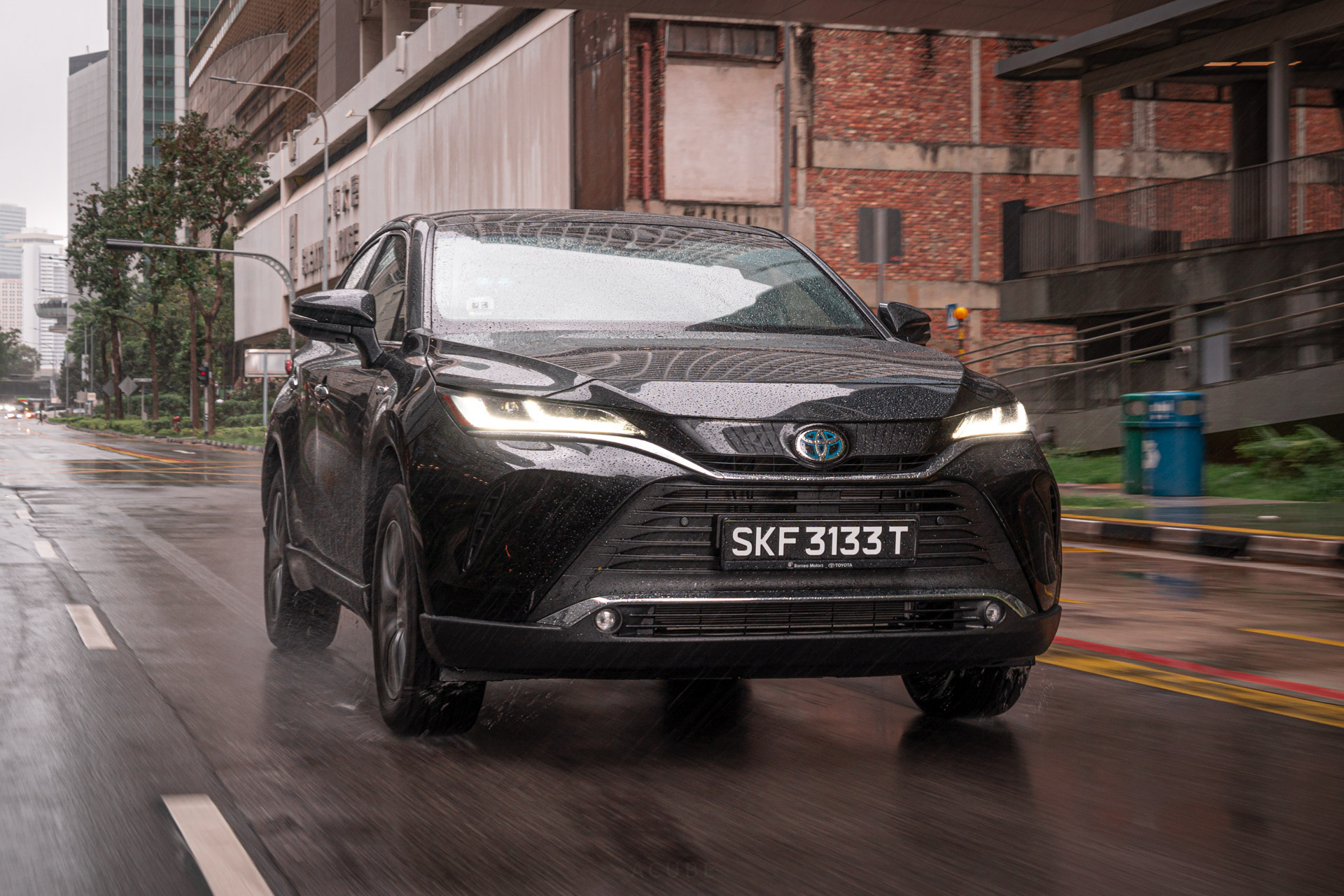 It's not the cheapest mainstream crossover by any means, but the Harrier combines quality materials and bold styling, with a competent handling yet comfortable chassis. Save for the dated double din headunit, the rest of the cabin looks upmarket, far betraying the price tag that comes attached with the vehicle.

It drives well too. Crossovers have had a bit of a reputation for perhaps being slightly dull from behind the wheel, but the well-sorted chassis and its tolerable e-CVT means it creates an experience not-too-dissimilar to that of a smaller hatchback.

The Harrier range may have started as a lower-cost alternative to the Lexus RX of its time, but the current generation car has morphed into something much greater than that. It is visually striking, has a well thought out cabin with plenty of space, and to top it all off, quality materials for a luxurious-feeling experience. 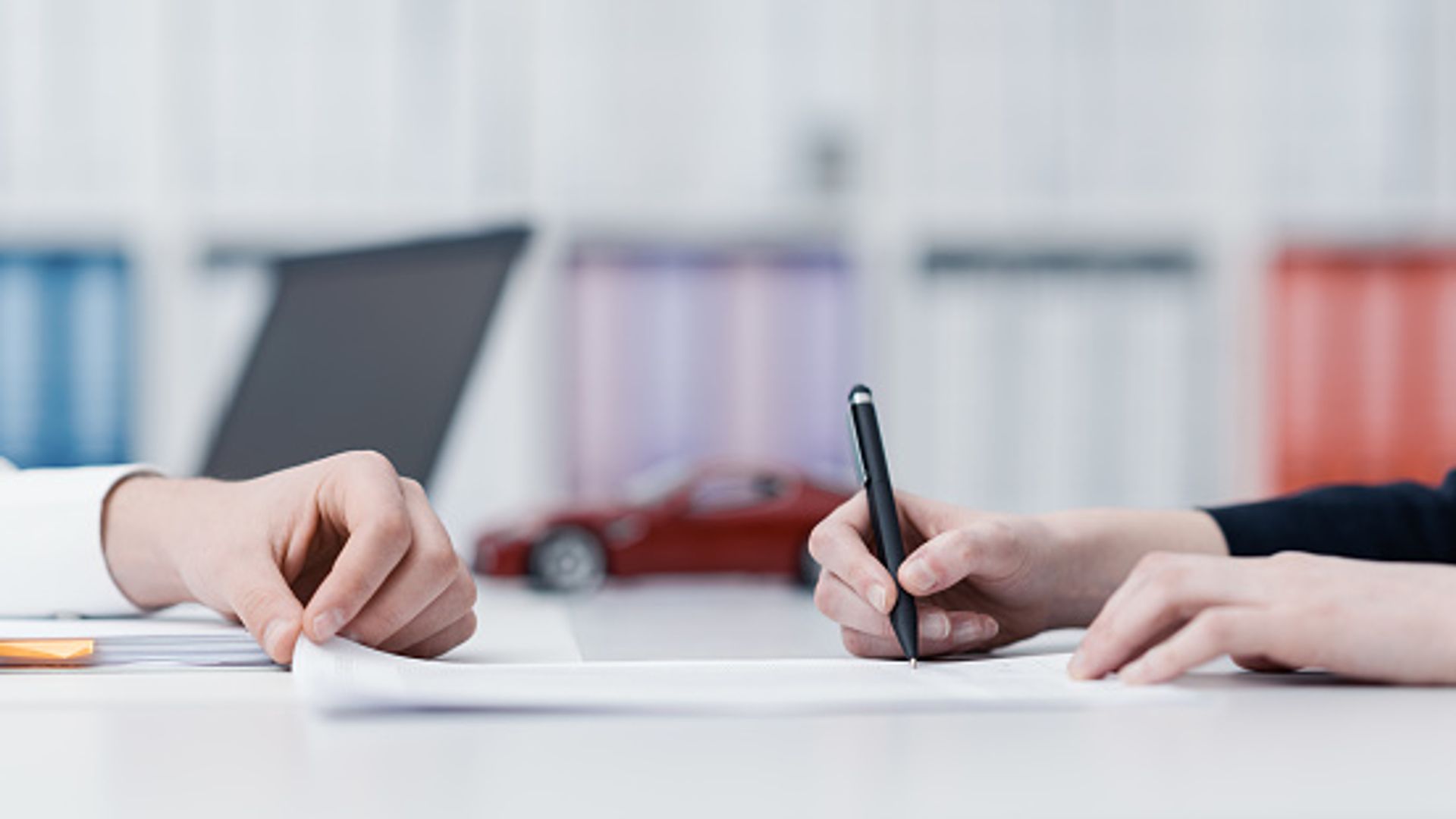 These cars may not necessarily be the cheapest crossovers on the market today, but they offer space, proven mechanicals and build quality at some truly competitive price points. Comprehensive warranties on some of the offerings, competitive economy ratings and excellent resale value means that some of the cars mentioned in this list make for really solid and sensible buys.

If you're seeking more value from your next car purchase, you can opt to buy a used example of a predecessor to the cars mentioned in this list - we have a handy catalogue of used cars that you can check out right here!

Read More: Car Ownership Guide for Millennials: How to Afford a Car, Ways to Save on Costs