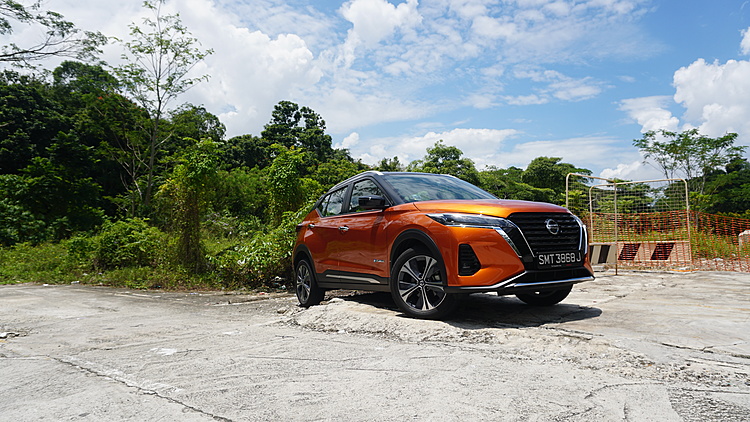 The Nissan Kicks E-Power is the perfect car to transition from petrol to electric, and it certainly helps that it offers so many features at an affordable price point, and is fun-to-drive as well.


If you’ve ended up reading this article, you are likely a potential Nissan Kicks E-Power buyer looking for a professional opinion. If that’s who you are, you can go right ahead and skip this article—here’s all you need to know about what we think: Buy this car. Right now. Yes, go ahead! We like this car so much that we think buying it is a no-brainer.

Still with us? Fine, we’ll tell you why we think this subcompact SUV is absolutely perfect for Singapore. But first, to answer the question that’s on your mind: what is an “E-Power” car? 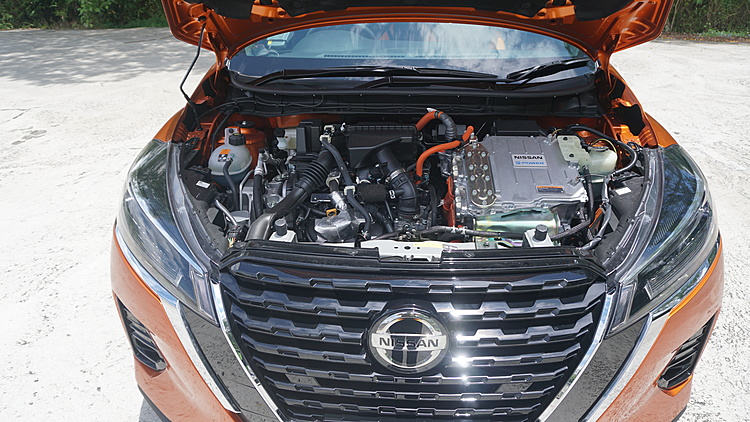 Nissan’s Kicks E-Power is propelled by a small 1.57kWh battery that powers the front wheels through an electric motor producing 129PS and an amazing 260nm of torque. And because we’re talking about electric motors here, the torque is available instantaneously from 0 rpm!

Curiously, the Kicks E-Power cannot be charged even though it is electric. This is because electric power is provided by a 1.2l naturally aspirated powerplant lifted off the Note hatchback, which acts as a generator for the car’s tiny batteries (this car is only capable of a measly 3km on pure electric power).

As such, the Nissan Kicks E-Power is classified as a 1.2l hybrid under our local tax structure. Although the car’s horsepower output classifies it under the CAT A COE, its torque figures exceed those of some 1.4l turbocharged CAT B cars!

Not only is the Kicks E-Power COE category and road tax friendly, it also provides all the amazing fun of electric power, but because you simply fill it up with petrol, you’ll experience none of the drawbacks of electric car ownership—as you will find out in the next mReview article, finding a charging station in Singapore and waiting for a pure electric car to complete its charging is less than enjoyable!

The E-Power system actually costs slightly less to maintain than a conventional petrol car as well, and servicing intervals remain the same as normal cars, at 10,000km. If you're worried that this high-tech powertrain may cost you dearly if anything goes wrong, Tan Chong Motor Sales is offering a battery warranty of 10 years/160,000km (whichever comes first), and a motor warranty of 5 years (unlimited mileage).

Before we jump into how this E-Power car drives, let’s take a look at its feature-packed interior. 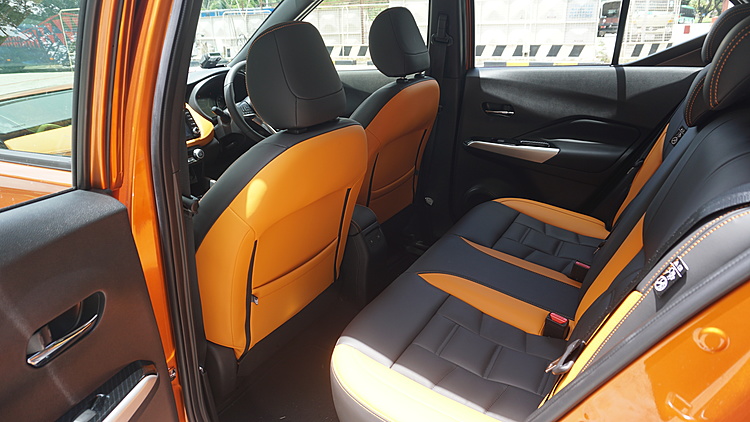 The Kicks E-Power comes in three trims: Lite, Premium, and Premium Plus. Our test car was the Premium Plus variant, which meant it was upholstered with premium two-tone Nappa leather. The nice leather material was a stark contrast to some of the hard, scratchy plastics that could also be found in the interior. Further pointing to cost-cutting in the car, the Kicks also lacks a rear centre armrest. However, considering the price point of this car, we'd say that the quality of the interior more than justifies itself. Hard plastics were used only in areas that one would rarely touch, and the car is so well put together that it actually feels like a premium European make. The interior certainly can't rival that of a luxury car, but Nissan has made sure that it doesn't feel cheap either. 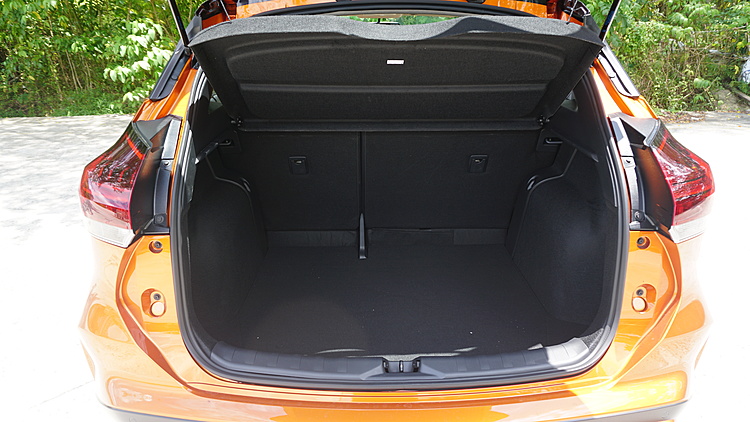 Despite the Kicks being a subcompact-class crossover, its boot capacity of 423l is actually comparable to that of the Qashqai's 430l, even though the Qashqai sits one class up in the compact-class! This enormous boot space was possible due to the car's small battery size, and because Nissan chose to place it underneath the driver's and front passenger's seats, rather than having them take up space beneath the boot floor. 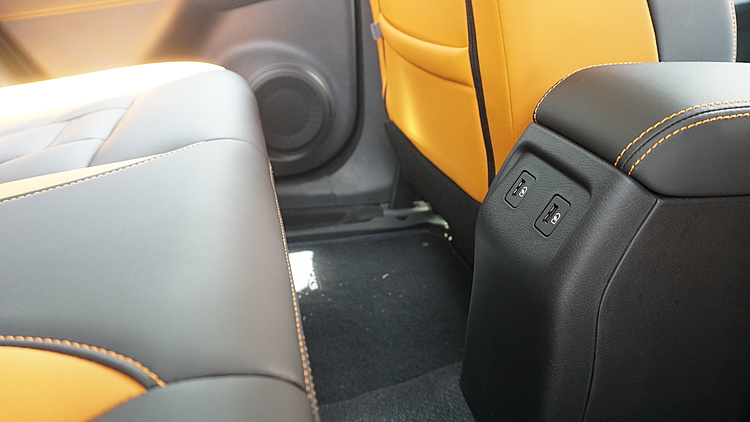 Rear legroom isn't exactly all that spacious, but this subcompact crossover doesn't leave you wishing for more space either. Although the rear seat passengers don't get aircon blowers, the car is small enough that it doesn't matter any way. Furthermore, a pair of USB ports are available at the back to keep your devices charged.

Up front, Nissan's renowned Zero-Gravity seats provide you with utmost comfort, hugging you snugly and giving excellent lumbar support. The centre stack features an 8-inch infotainment screen that is HD and supports Apple CarPlay. Although the infotainment system is feature-packed, we thought that the interface could have been cleaner and less complicated. 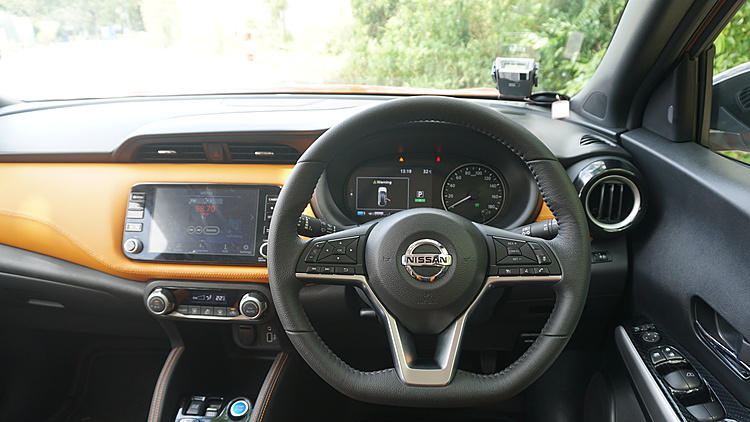 (Don't worry, a full-black interior is available on the Premium)

In the driver's seat, you face a D-cut steering wheel with multi-function controls, and a semi-digital meter cluster composed of a 7-inch full-colour instrument display and an analogue speedometer. Through this interface, one is able to access features like the intelligent cruise control function, which lets the car follow the speed of the car ahead dynamically. 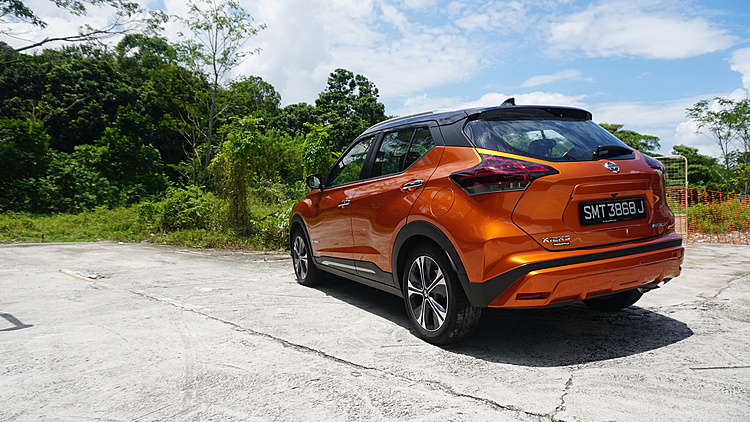 Moving off in the Kicks E-Power is an extremely counterintuitive affair. You step on the accelerator pedal, and the car simply moves off with nary a sound. At higher speeds, the engine may kick in to generate more electricity, but it comes on seamlessly, and you hardly notice it running in the background. Because of the nature of the Kicks' E-Power drivetrain, the car is very quiet, and insulation from road, wind, and engine noise is also generally good.

If, however, you are in the mood for a spirited drive, the Kicks will give you some kick too! Sorry for the pun—we had to. With a turbocharged car beating 260nm of torque on tap, the Kicks leaps off the line up till around 70km/h, at which point the sensation of being pushed back into your seat begins to wear off. This means that if you want to, you could smoke that ah beng turbocharged Civic beside you at the stop lights (we did!). The 0-100km/h sprint is clocked in a respectable 9.7 seconds, although based on our backyard testing, the actual figure is more likely to be faster, in the mid-to-low 9 seconds range. 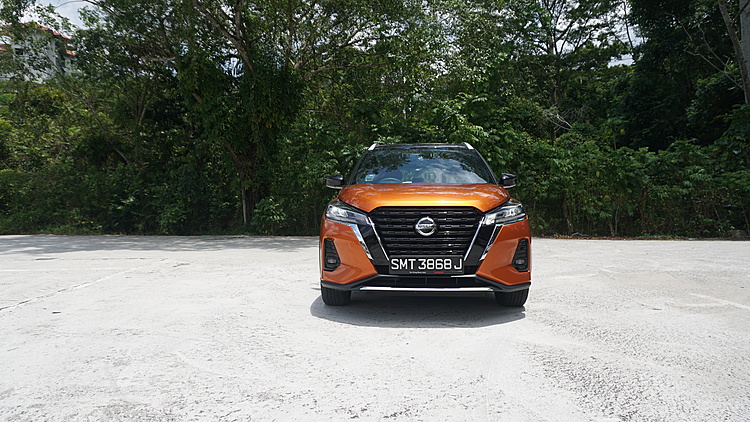 Even though this car is propelled by electric power, you don't lose out on the aural experience when driving hard, as the engine will come on and run proportionately to your throttle input, bypassing the battery and providing electric power to the motor directly.

Adding to the Kicks E-Power's sporting abilities is Nissan's Intelligent Trace Control (ITC), which automatically brakes each wheel to ensure the car tracks its intended path when cornering. This is actual sports car technology! Complementing this system is the car's suspension system, which is pliant enough to soak up bumps, but is tuned to be on the firm side. 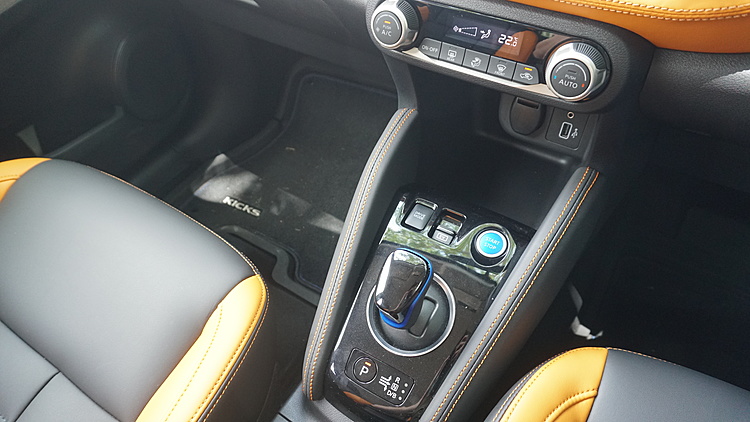 Once you're done hooning about, the Kicks can deliver a claimed 21.7km/l due to its novel electric-hybrid drivetrain, especially if you engage the One-Pedal Drive system. Available in the Smart and Eco drive modes, this system allows you to drive using just the accelerator pedal. Once you lift off the throttle, the car's re-generative braking system actually provides enough deceleration to slow the car down to a complete stop, while charging up the batteries at the same time! 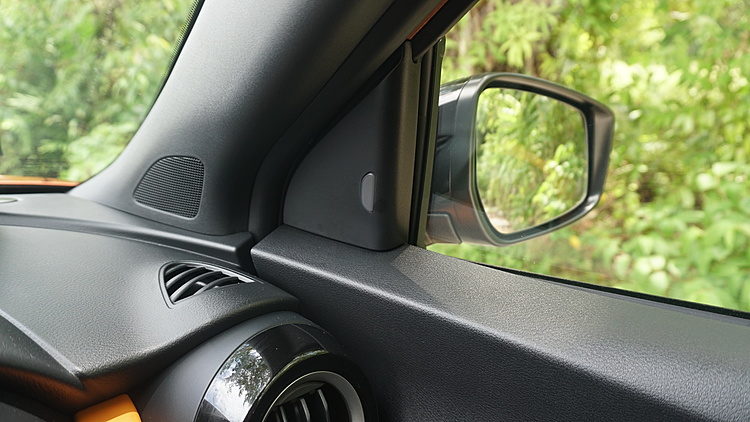 Apart from the One-Pedal Drive function, the Kicks E-Power also has a high-tech suite of features like intelligent driver alertness monitor, intelligent emergency braking, and rear-cross traffic alert. The car also comes with a blind-spot monitoring system, which has its alert lights set in the interior of the car on the A-pillar, rather than outside of the car on the side mirrors. We think this makes a lot of sense, especially on rainy days when one might not be able to see the side mirrors clearly. 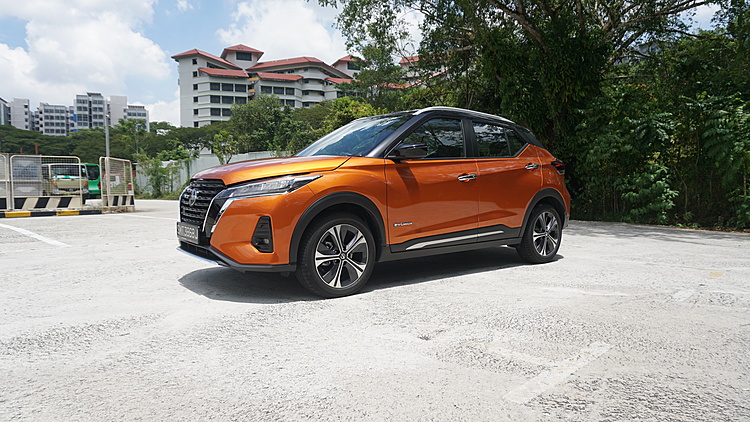 With a whole suite of active safety features that complement the Kicks E-Power's seven airbags, this subcompact crossover really delivers beyond its price point. The Kicks is an efficient exercise in cost-cutting—you get premium Nappa leather, full LED lights, and tonnes of features, and in exchange some niceties are taken away: there isn't a rear centre armrest, or soft-touch/padded plastics on certain parts of the interior, and the meter cluster is only partially, rather than fully digital. 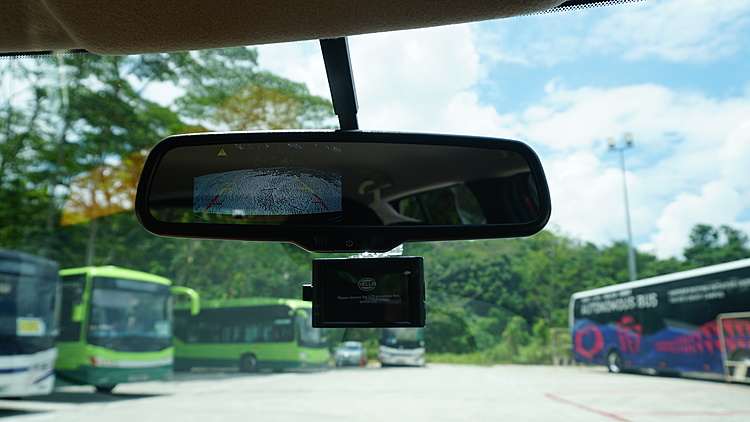 The thing is, these cost-cutting measures don't cause you to feel like you're wanting for more. What you get instead is an amazing and affordable package. Perhaps the only legitimate complaint that we have is that the reverse camera display is set into the auto-dimming rear view mirror, rather than on the infotainment screen. The dim rear view display makes the reverse camera's images practically impossible to see when parking in open-air carpark.

All in all, we truly believe that this car is perfect for Singapore. What you get with the Kicks E-Power is a road-tax and COE friendly car that has amazing fuel efficiency, features beyond its price range, and electric fun with non of the full-electric car drawbacks.