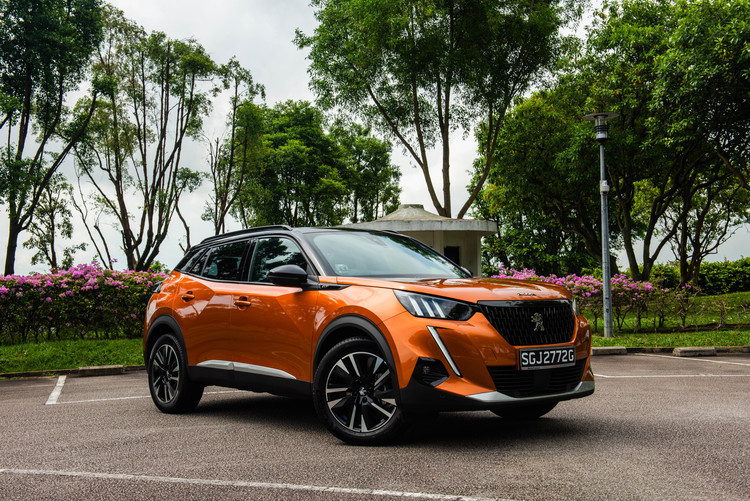 The famed French carmaker now has an all-new line-up of SUVs. Despite being the smallest of the bunch, the Peugeot 2008 crossover still impresses with a good blend of functionality and drivability.

It seems the world has truly embraced the SUV popularity craze, with new crossovers popping out left and right from virtually any automaker. Not wanting to miss out, Peugeot has also debuted an all-new line-up, with the smallest sibling leading the charge.

Enter the Peugeot 2008, the French automaker's latest offering into the competitive compact SUV segment. Is the car truly an improvement, or merely a design façade? Let's find out! 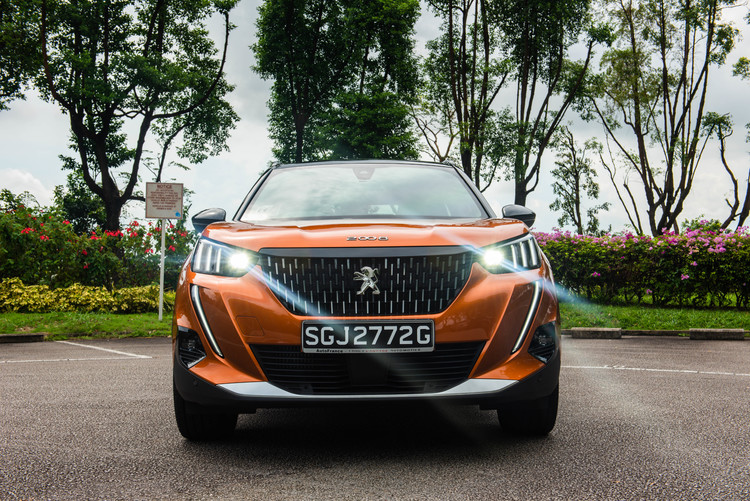 If there is one word to encompass the entire design language of the Peugeot 2008, and by extension, the current Peugeot lineup, it would be bold.

The car we were given was the range-topping GT variant. Upfront, new daytime running lights (DRLs) are designed to mimic a lion's claws, a homage to the brand's logo. Together with the large chrome grille and tall bonnet, these elements give the car an aggressive stance. 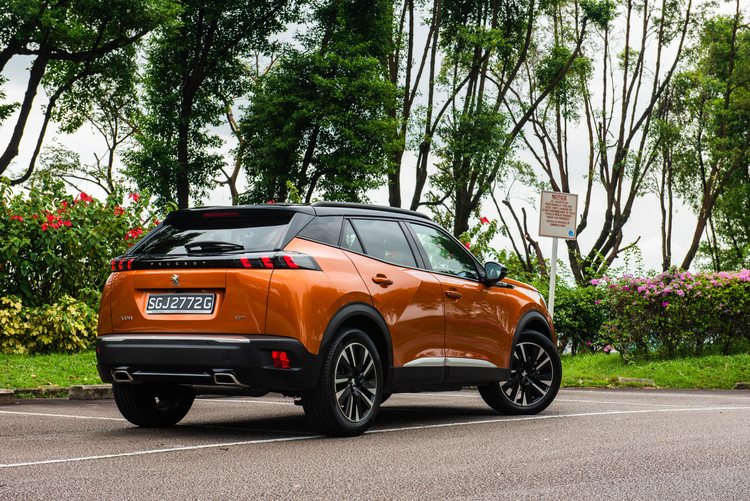 Everywhere you look, triangular edges and sharp lines give the car unique angularity. Twin chrome exhausts and a protruding rear bumper finish up the back end. Rear LED combination lamps are tinted black, blending nicely with the car. This offers the illusion that the rear lamps appear to extend across the entire width of the car.

The overall two-tone look of this car is rather nice, with black and chrome trim pieces juxtaposing against the main body colour. The roof is also splashed in black, discreetly concealing the panoramic sunroof. 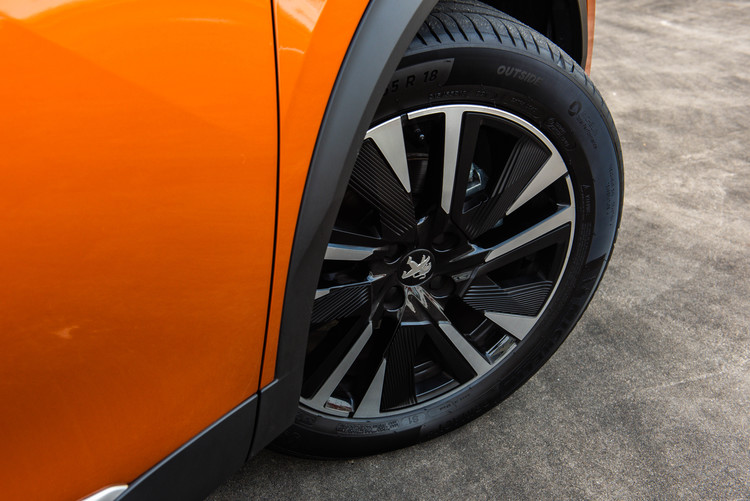 The GT variant sits on cool 18-inch rims that blend well with the 2008's design.

Overall, we dare say that we like the styling of the 2008, with a design that really accentuates the modern styling language that Peugeot has for its lineup.

So it looks good, but how does it drive?

You get a small but determined 1.2-litre 3-cylinder turbocharged petrol engine producing 129bhp and 230Nm of torque for power. This is the same engine found in its larger siblings, the Peugeot 3008 and 5008.

Peak torque is available at just 1,750rpm or as soon as you put your foot down, meaning this car has healthy amounts of grunt and is nimble and agile getting off the line. All of that power is mated to an 8-speed automatic transmission, enabling the 2008 to perform the century sprint in a respectable 9.1 seconds. 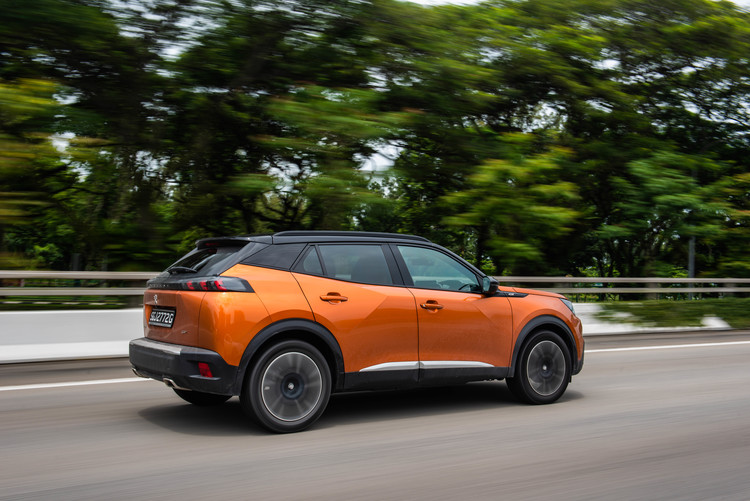 The best part about this car is its steering. It is incredibly light when commuting around, making it effortless to round corners or park. As you gain speed on places such as expressways, the steering stiffens up and feels meaty, preventing the 2008 from feeling disconnected from the road.

You get three driving modes that can be selected via the drive-mode button on the centre console. In Sport, the steering stiffens up regardless of speed, giving you more control when cornering. The car also maintains a lower gear, ensuring you are in the best possible scenario for power delivery. 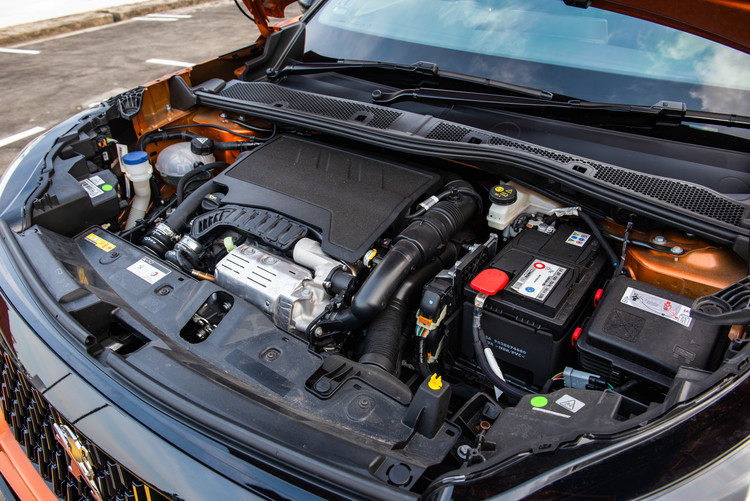 However, one drawback to this attractive package is that the ride in the 2008 is a little on the firmer side. Over rough surfaces, the car does feel stiff, and more care is to be observed when crossing obstacles such as humps.

On the flip side, due to its stiff nature, you get decent control over body roll, meaning this crossover can tackle corners at more adventurous speeds.

What creature comforts do I get inside?

Inside, Peugeot really went above and beyond to make the 2008 stand out from the crowd, and it shows. Stepping in, you are immediately greeted with a unique hexagonal steering wheel. Though it looks weird, it is actually pretty ergonomic on the hands. The multi-function buttons on either side of the wheel are also easy to use and offer a fuss-free, hands-free experience.

You get upholstery in a combination of fabric and synthetic leather, which is a refreshing contrast from the usual black or tan seats. The front seats are also equipped with heating functionality, though we feel ventilated seats may be more suitable for Singapore's humid climate. 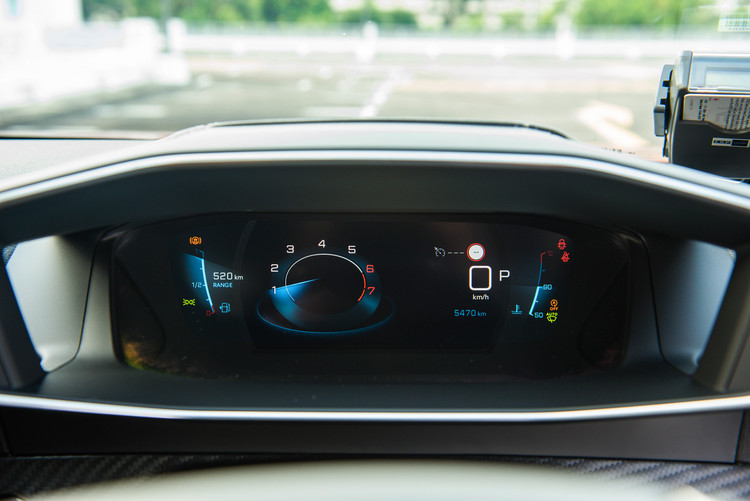 Unlike traditional digital clusters, the instrument panel on the 2008 is a futuristic-looking holographic projection. Dubbed the Peugeot 3D i-Cockpit, the various indications found within are dynamic and animated.

The entire display is aesthetically pleasing. However, the uniquely shaped steering wheel obscured our line of sight for the instrument cluster during testing. To view it properly, we would either shift the steering wheel to its lowest position, which compromises legroom or have an unnaturally high seating position. Your mileage may vary, but we would suggest trying it out for yourself in the showroom to see if this combination fits your proportions.

For entertainment, the 2008 comes with a 7-inch touchscreen lined with dedicated navigation buttons. Apple CarPlay and Android Auto are available and can be activated via a wired smartphone connection. 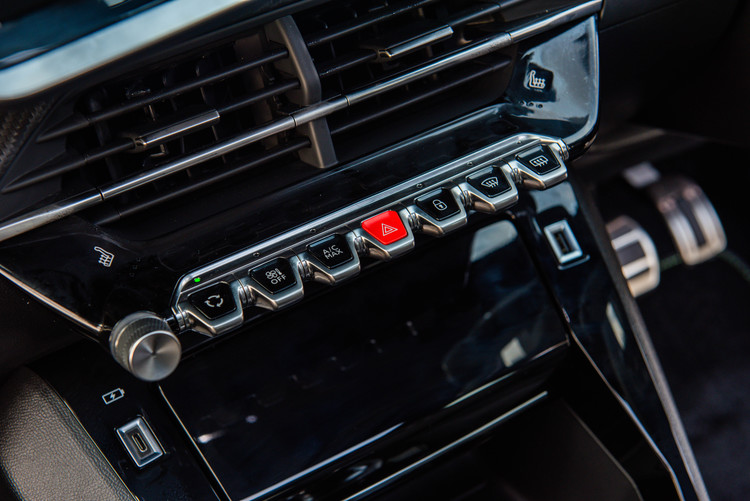 There is a wireless charging pad in its own little compartment on the GT variant, which prevents your smartphone from shifting while on the move. Two USB ports flank either side of the centre console for connectivity and alternative charging, with one Type-C and one regular Type-A port.

The signature Peugeot piano keys also make an appearance on the 2008, which can be used to toggle several vehicle functions. Combine this with carbon fibre inserts scattered around the cabin, ambient lighting and a piano black gloss finish on the centre console, you get an interior that feels refined and posh.

It's quite a practical car as well 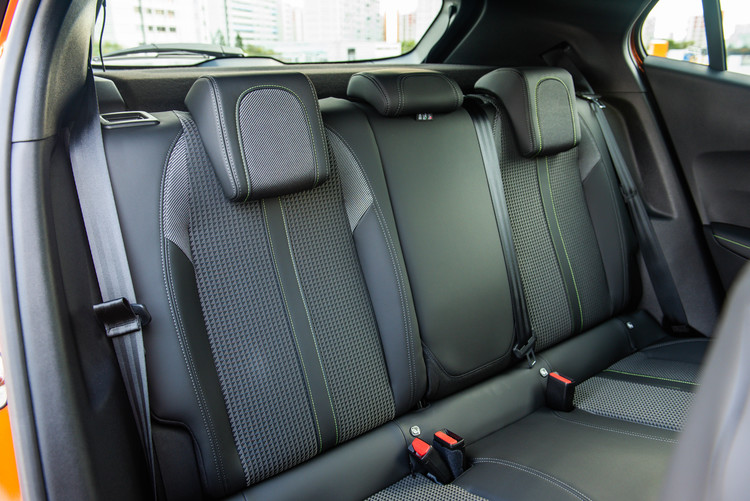 As far as compact SUVs go, the Peugeot 2008 excels as a daily driver. You get decent rear legroom, and headroom in the car is not an issue even for taller individuals.

Your occupants will also benefit from the good sound insulation, which is really effective in eliminating road noise. 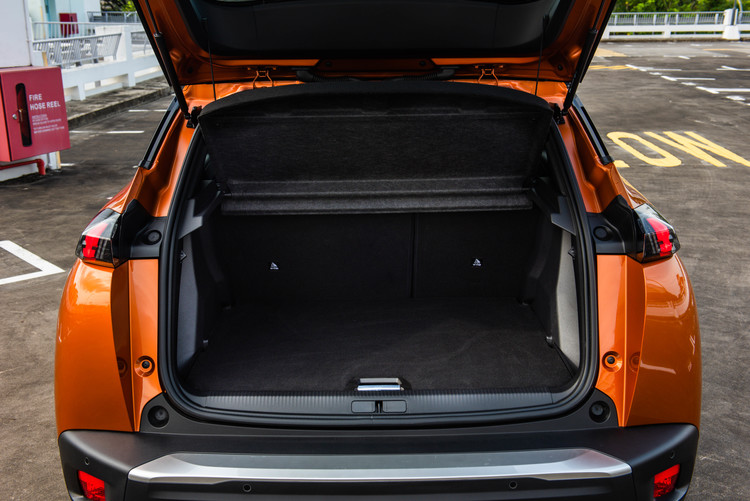 For cargo, you get a 434-litre boot which touts a flat floor and wide boot opening, making it easy to load items.

Plus, you get a space-saver spare tyre which is rare for new cars nowadays, with most sporting only a flimsy tyre repair kit.

During testing, we averaged around 12.2km/L for fuel economy. With a 44-litre tank, you will get a healthy average range of 540km.

As a commuter, carparks and parking is absolutely no problem in the 2008 thanks to its feather-weight steering. The 180 degree rear camera plus front and rear sensors also make it effortless to negotiate even the tightest of parking lots.

You get cruise control and a speed limiter in the 2008. Plus, on the GT variant, you get useful everyday features such as auto rain sensing wipers and auto levelling headlights, which are adaptive.

It's fun and striking, but is it worth it? 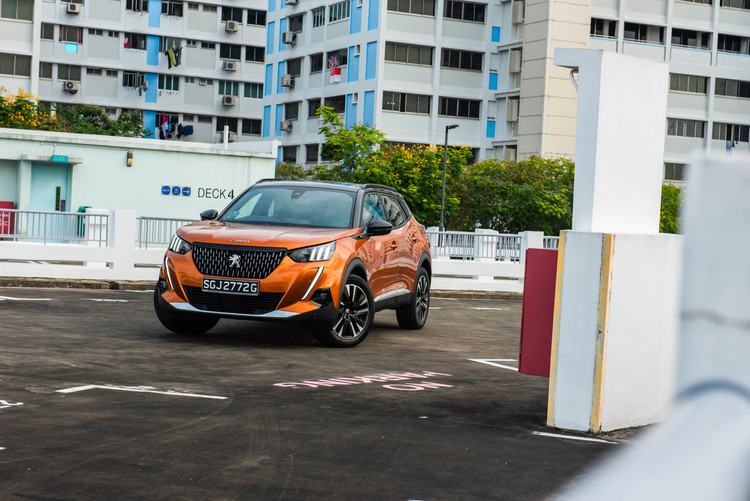 Overall, the Peugeot 2008 is an attractive package. You do get quite a lot for your money, and this makes it a competitive choice in today's hotly contested compact SUV segment.

Some people might hate the new styling, but we feel Peugeot has taken a step in the right direction, with angular curves giving the car a refreshingly modern design language.

It's a quirky and functional SUV, and it truly shines as a daily driver. After reading this, if you still have prejudices against Peugeot cars, we strongly recommend giving this model a try. We're willing to bet you'll be as satisfied as we were.