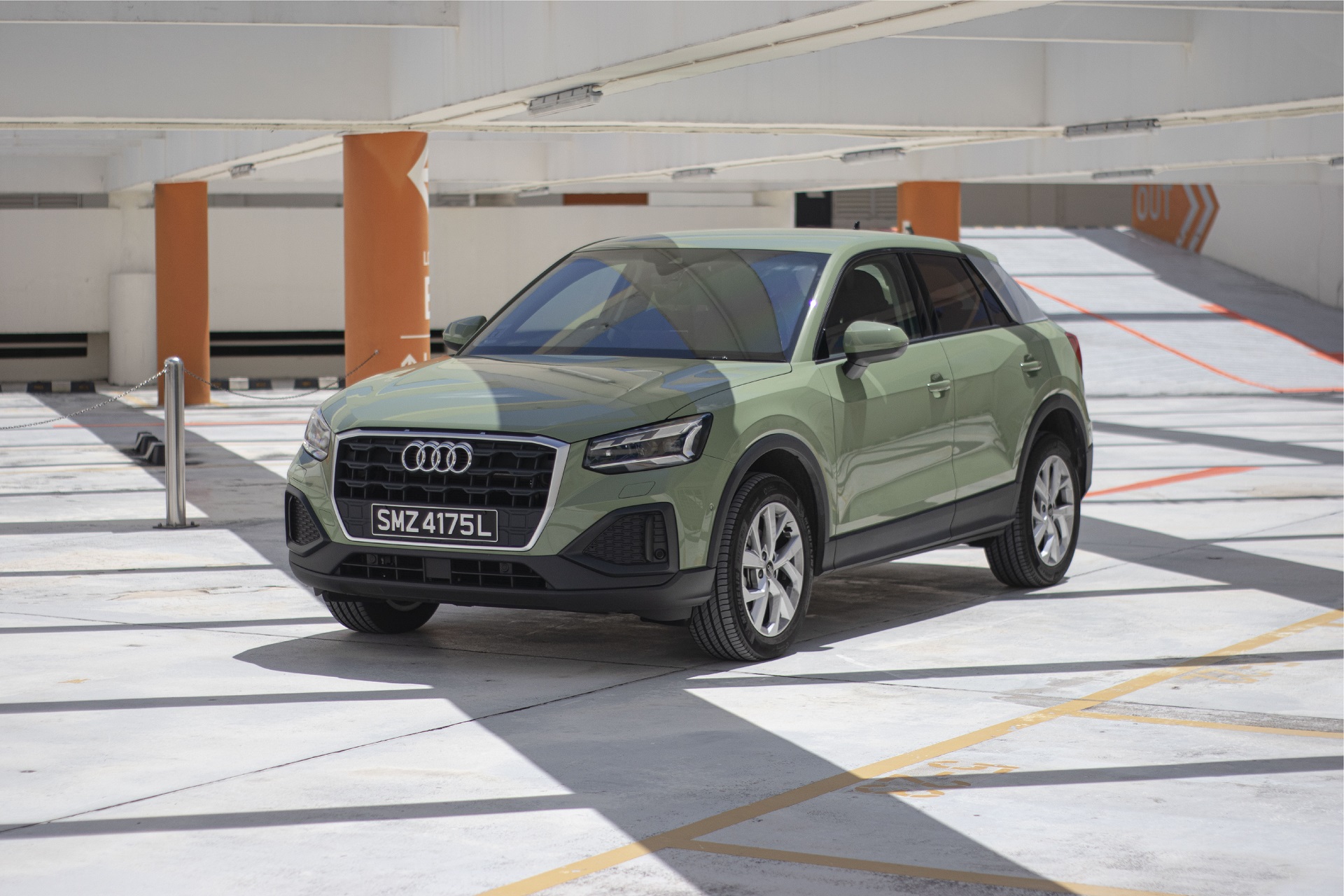 The Audi Q2 is the marque's attempt at winning over the hearts (and wallets!) of the millennials. It represented a drastic departure from Audi's typically restrained design language. 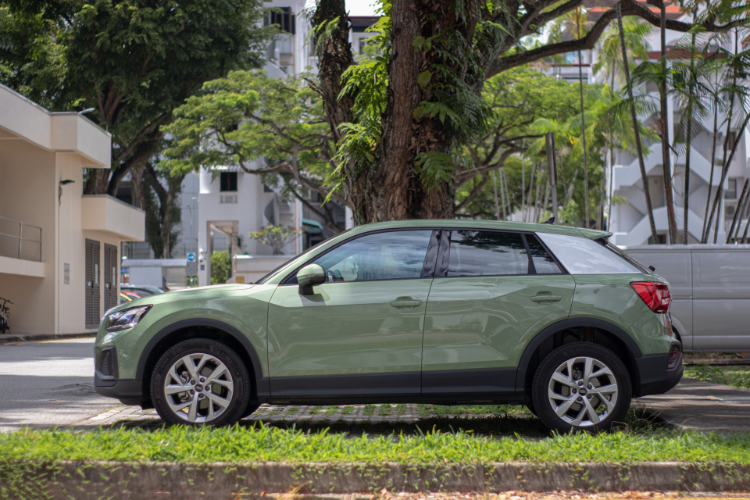 It represented a departure from the 'safe' exterior designs of other more 'grown-up' Audis, ditching the simplistic lines of their design language, in favour of more aggressively profiled body lines.

Originally launched in 2017, with a choice of 1.0-litre and 1.4-litre engines, the Q2 was facelifted in early 2021, with updates to the front fascia, powerplant as well as equipment levels. 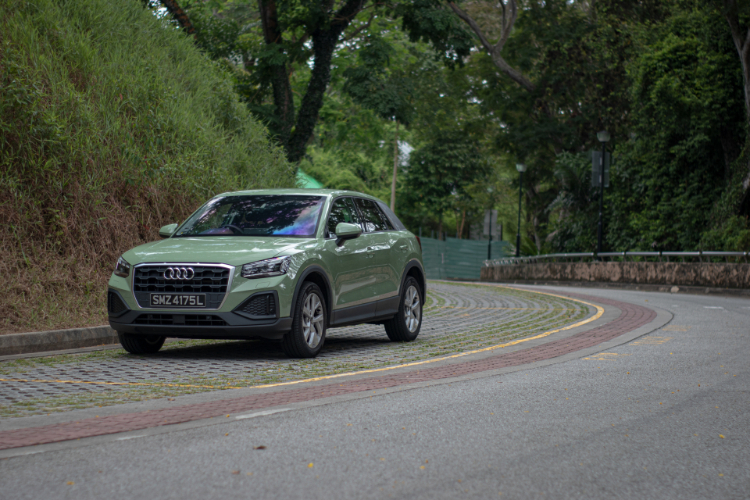 The facelift Audi Q2 introduces a new 1.5-litre TFSI 4-cylinder engine, which is itself a revised version of the 1.4-litre lump in the pre-facelift cars, coupled to the same gearbox as before.

The combination is good for 150bhp and 250Nm of torque. Audi quotes the official fuel consumption at 19.6km/l, though you'd struggle to achieve that in reality.

At the time of writing, the car will set you back S$173,949 (inclusive of COE). This price includes Audi's Virtual Cockpit, which has been fitted as standard for the first time (it is an optional extra for the pre-facelift cars). 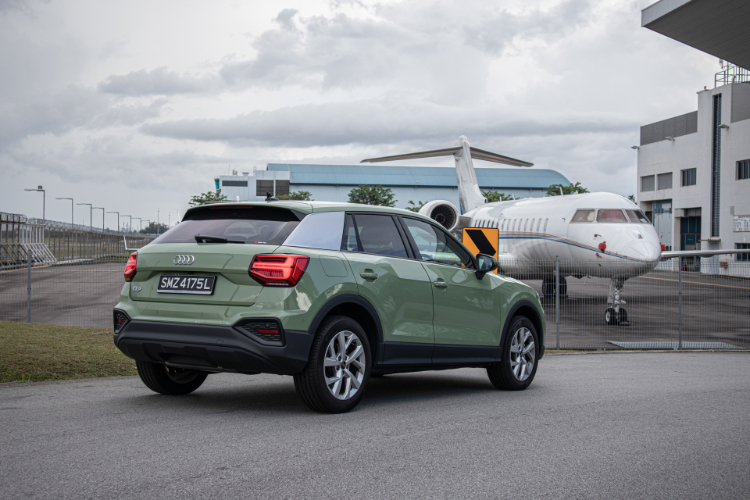 For MY2022, the Q2 received new front and rear bumpers, with polygonal elements that supposedly hark back to the legendary Audi Quattro rally cars of the 1980s.

The car is also equipped with the Matrix LED headlights as standard equipment - as with the Virtual Cockpit, this was an optional extra for prior model years.

The polygonal design cues have then also been added underneath the headlight area for continuity. 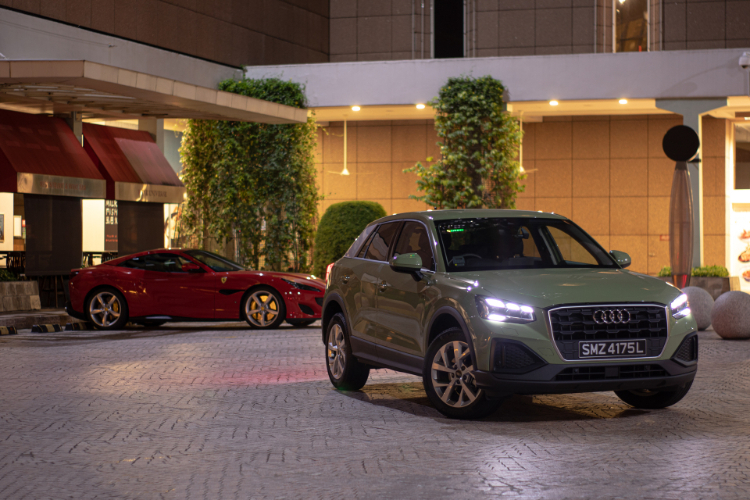 You can spec your car with its Side Blade in Floret Silver Metallic, an S$854 option. With the correct colour, this contrast is a nice touch that helps the car look and feel more premium amongst all the other CUVs in its class.

On the whole, the facelift is inoffensive and works well with the lines of the original car. 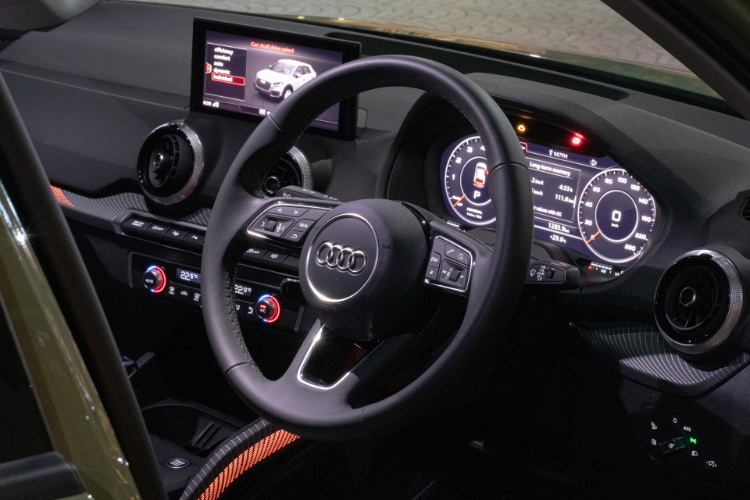 Whilst others have said Audi's Virtual Cockpit is starting to show its age, we beg to differ. It offers clear and concise information, disseminating data that you need when you need it.

The screen is high-res enough, and the text, along with the graphics have been thoughtfully laid out for the user. No complaints on this front.

What really dates the car though, is the antiquated infotainment screen. The graphics are not properly laid out on the screen (the menus are all heavily left-biased, meaning the right side is always empty), and the fonts and graphics aren't what you'd call 'high-res'. 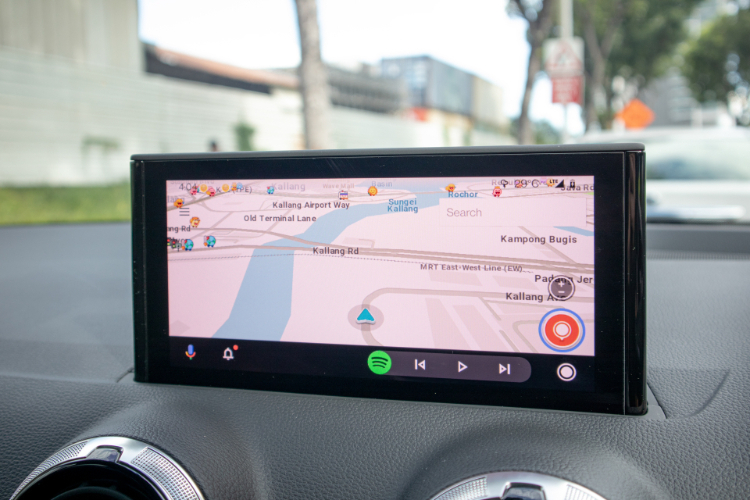 Realistically though, the archaic infotainment screen isn't really going to be an issue. You'll just pair your phone to the car anyways, using Android Auto or Apple CarPlay for your in-car entertainment needs.

Still, there's no escaping the MMI control knob. It is a tactile rotary switch that feels really good to use when stationary.

On the move though, it can be annoying toggling between settings using a dial - we find ourselves yearning for a touch screen.

Also, phone pairing isn't as seamless as you'd expect, with the screen occasionally freezing when we paired it with our OnePlus 9. Not sure if that is a phone-related issue, but we thought we'd just put it out there. 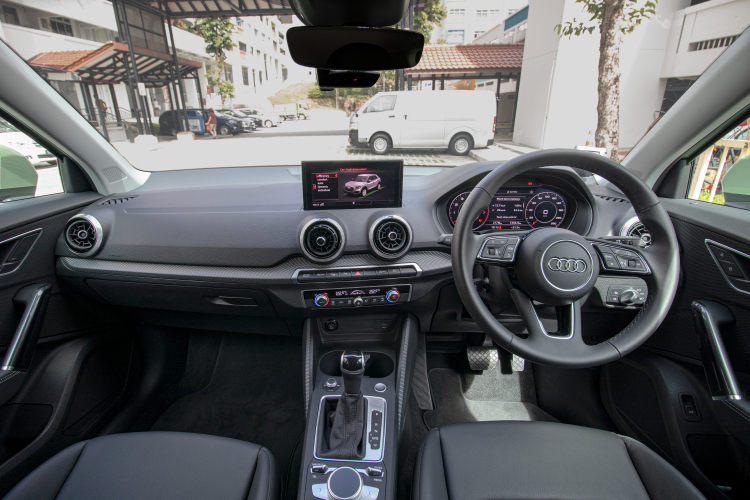 Audi has jazzed up the cockpit in other areas too - new faux-metal trim surrounds the aircon vents, and the addition of ambient lighting strips help to class up the interior against more modern rivals too! 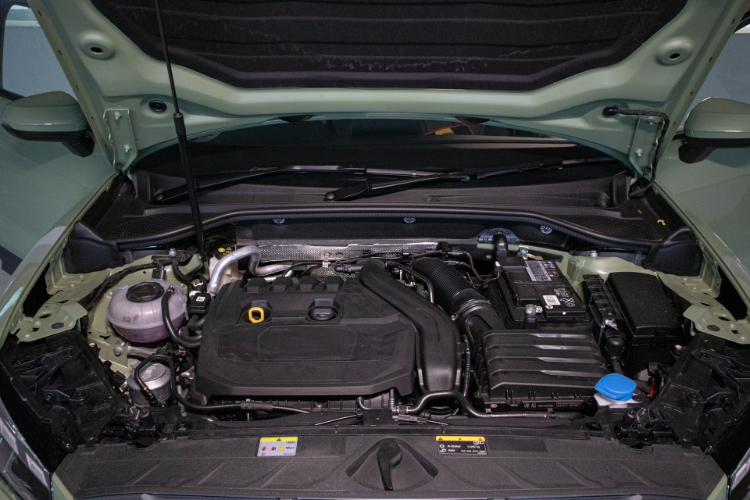 You don't buy a crossover because you'd like to enjoy some spirited drives in it. But the Audi Q2 does impress in this regard.

Despite the torsion beam suspension in the rear, unless you are throwing the car into corners with gay abandon and then mashing the throttle to within an inch of its life, the car has enough mechanical grip to not trigger its Stability Control.

Poke is provided by the aforementioned 1.5-litre power plant. It's smooth even under strain, with plenty of usable power from 2,500rpm all the way to redline.

In a world obsessed with peak horsepower figures, the 150bhp may seem paltry, but as the power is readily available from fairly low in the rev range, the Q2 can really shift when you demand it to.

And on the subject of shifting, the gearbox is a slight letdown. Actually no, let's be clear - the mapping for the gearbox in its 'Comfort' setting is a letdown. 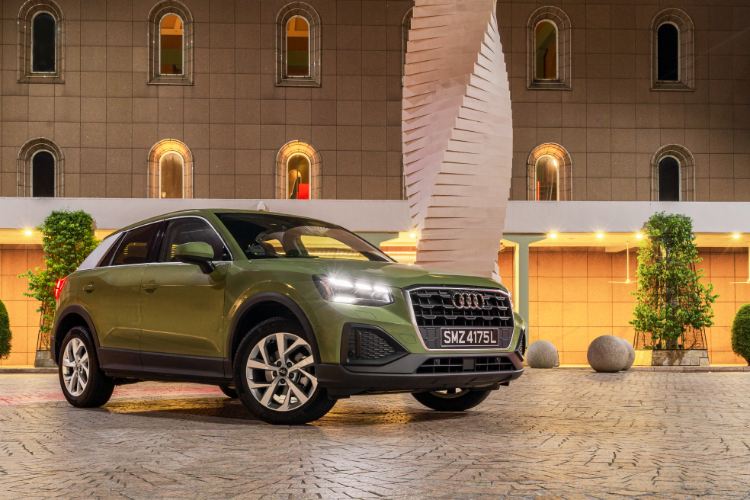 In this setting, the car struggles to downshift when we needed the momentum to filter into the adjacent lanes. It takes a while for it to recognise that you're requesting for more power. When it does eventually drop a gear or two, it does so with a very ungermanic jolt.

But this isn't a big deal - to solve the issue, plop the car into either 'Dynamic' or 'Efficiency' modes. In the former, the gearbox becomes more decisive, making it much more enjoyable to drive.

In the latter, the gearbox is expectedly lazier, though not by as big of a margin as you'd expect from 'Comfort' mode. It does shift through the gears much more smoothly though. 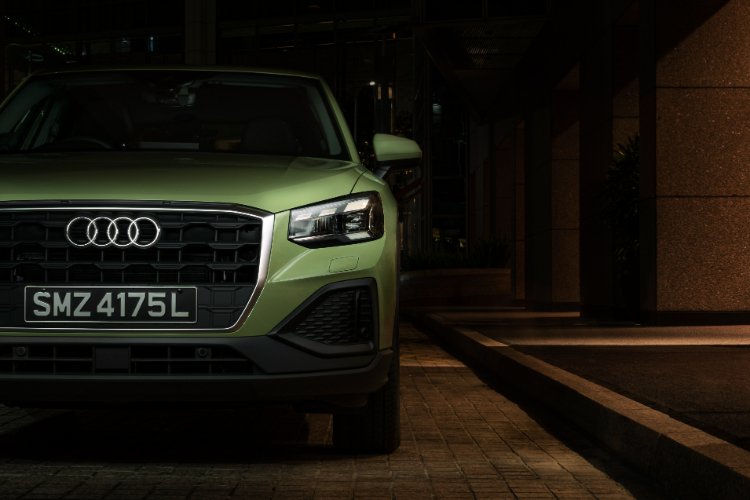 To put it simply, the 'Comfort' setting is too 'sporty' to be comfortable, but too focused on being efficient to be any good fun on a twisty road.

In our testing, between spirited drives and photoshoots, the car returned a little under 10 km/l. WIth start-stop on and with a more measured approach to commuting, the car averaged an easy 14 km/l.

We have to give praise to the Q2's brake feel though - if you've driven a mainstream crossover before, you'd understand how mushy and dead their brake pedals can feel.

Whilst not entirely relevant to the vast majority of its target audience, you'd be able to left foot brake comfortably.

To Sum It Up 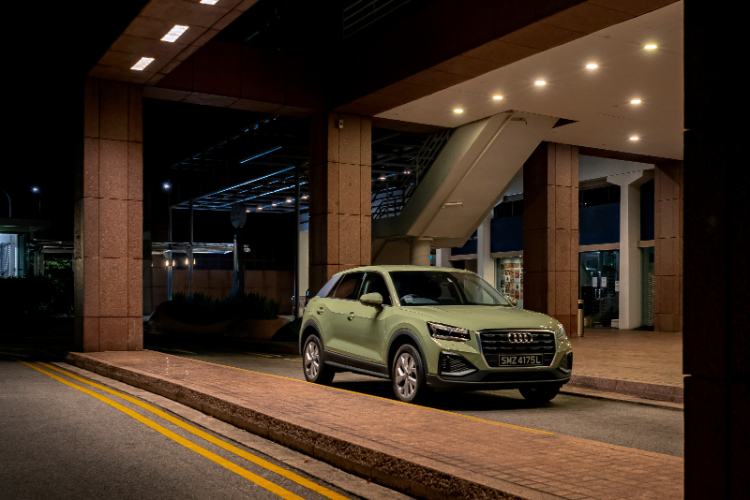 The facelifted Audi Q2 drives with an assuredness you'd not expect from a crossover-type car. As expected of one though, you get 5 usable seats, though the rear ones are a touch small if you're on the large side.

The boot capacity of 405 litres with the seats up is practical enough for your day-to-day use.

A quirky, capable CUV that you can left-foot brake in - what's not to love?

Prices are accurate at the time of writing