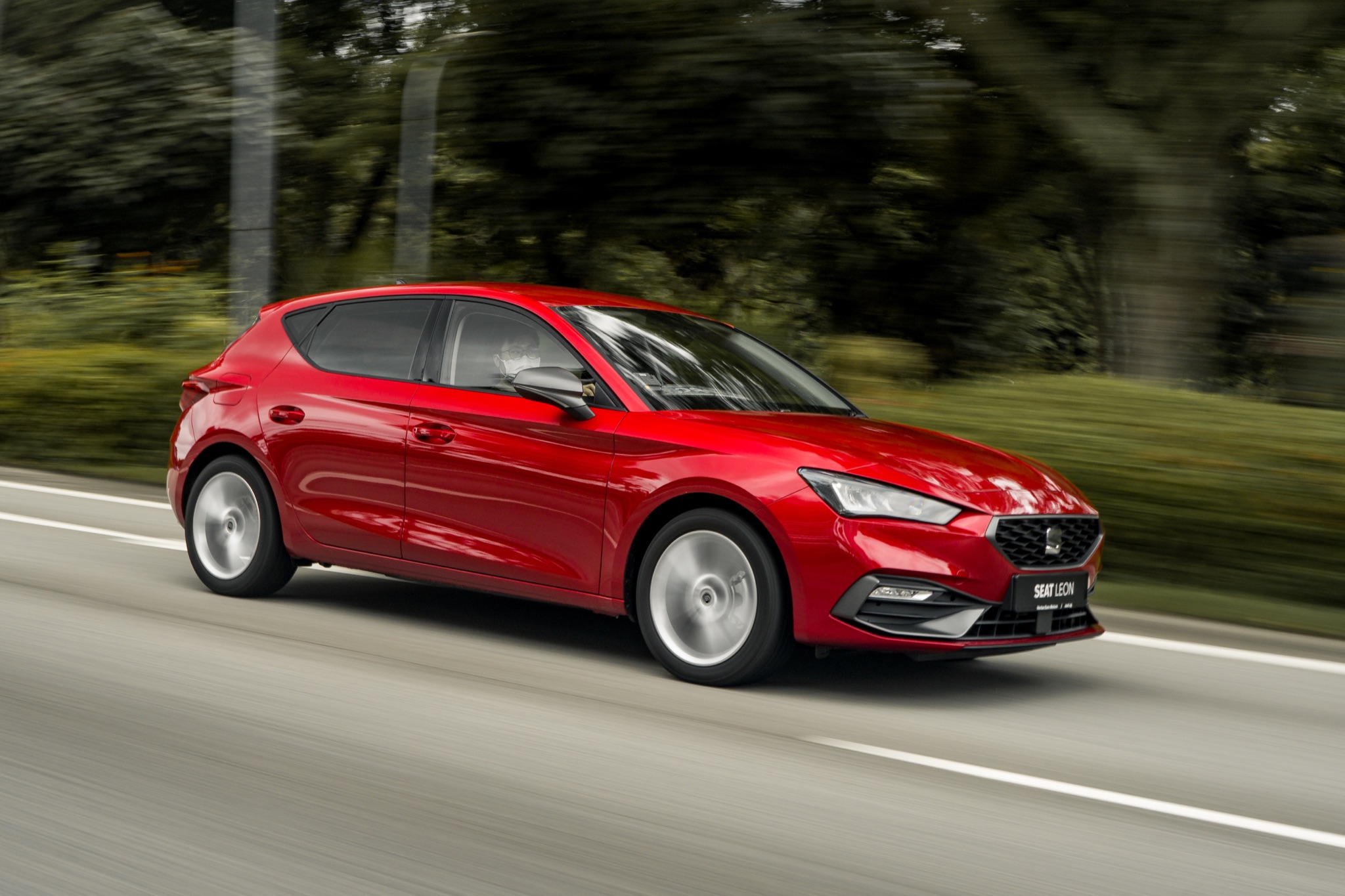 SEAT has traditionally been positioned as a cheaper alternative to other Volkswagen-Audi Group brands, but the new Leon Mild Hybrid demonstrates that it is done with being just a derivative of the Volkswagen Golf. 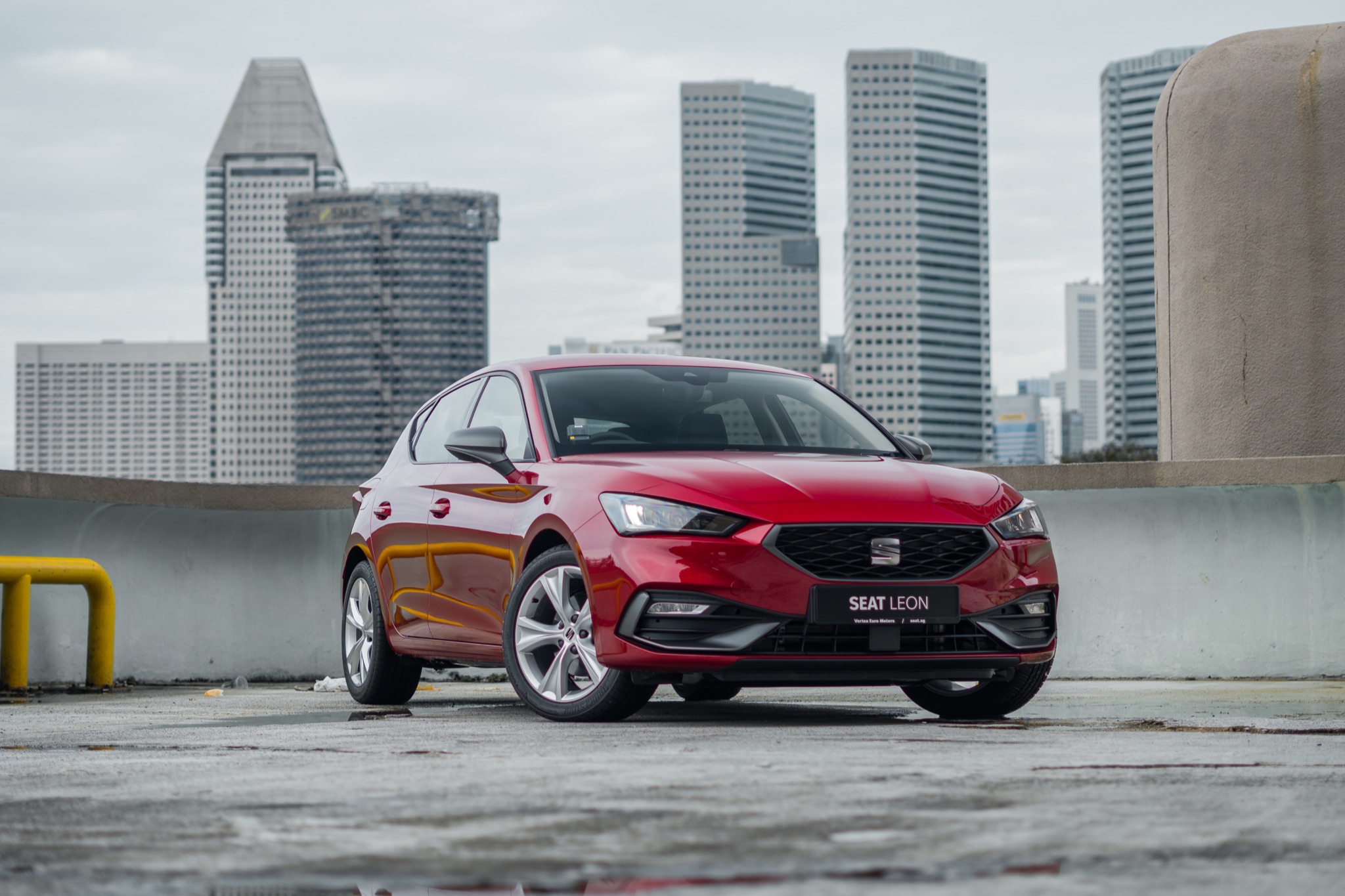 The key draw of previous generations of the SEAT Leon has always been the fact that underneath the different badge and sheet metal, it shared the same underpinnings with more expensive Volkswagen-Audi Group (VAG) models like the Audi A3 and the Volkswagen Golf.

Based on the same MQB platform, and sharing the same engine and gearbox as its more illustrious VAG stablemates, the SEAT Leon has always been the economical man’s VW Golf. 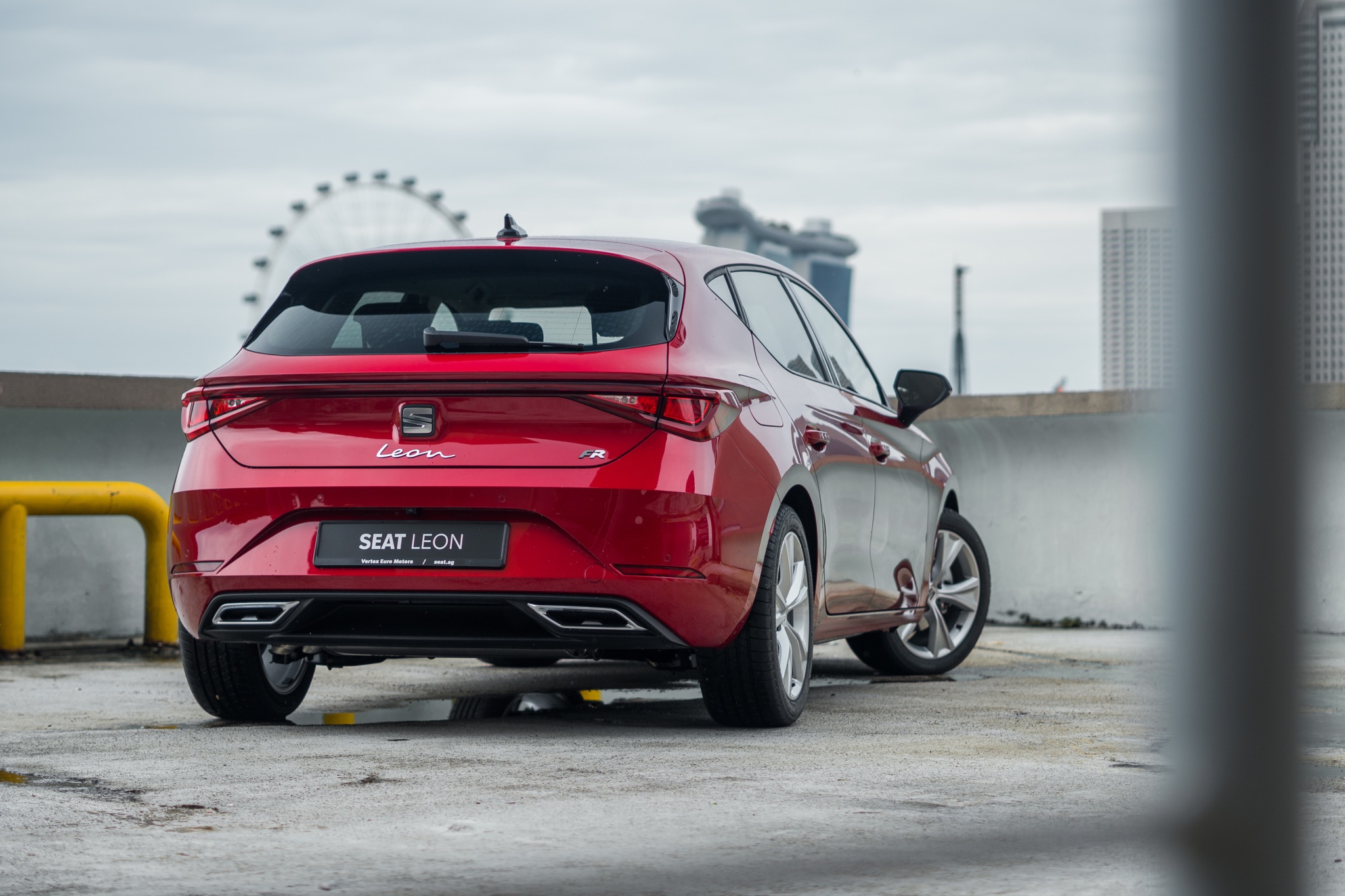 Except, that’s not the case with the 2021 SEAT Leon. The new Leon makes a strong statement that it isn’t just playing ‘Golf’ any more, but is walking its own path.

Although the previous-generation Leon was a handsome car, its styling seemed a little derivative. Not so with the new Leon. Featuring muscular lines and a signature coast-to-coast lighting design, the 2021 SEAT Leon carries a new generation of SEAT design language that is bold and confident. 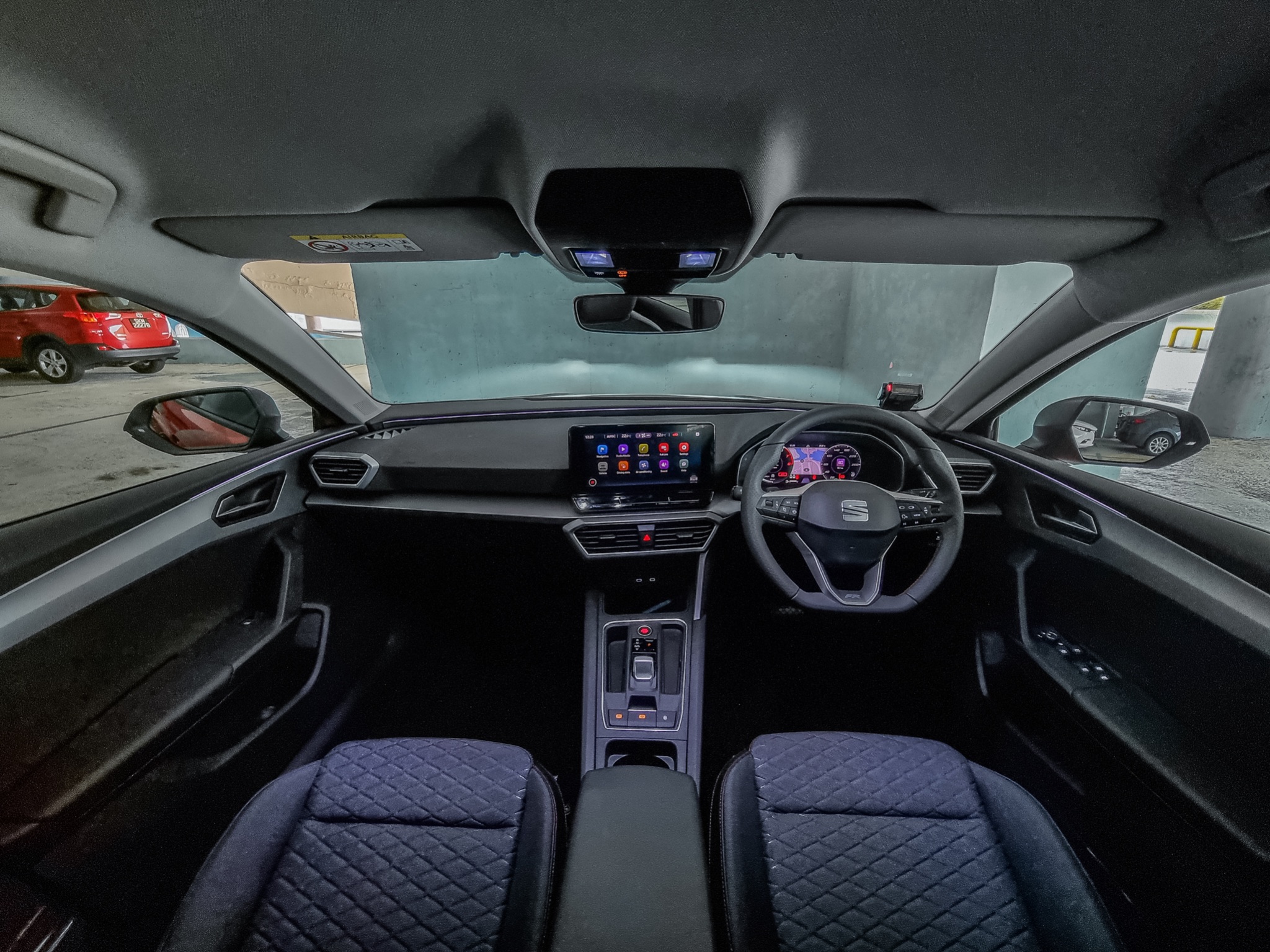 A new 10” touchscreen infotainment system features in the new SEAT Leon, accompanied by a 10.2” digital cockpit display. One might notice that the cabin is devoid of any button controls for the air-conditioning and infotainment system.

Fortunately, the Leon doesn’t fall into the form-over-function category of having sleek buttonless interiors at the expense of having essential controls hidden within submenu after submenu in the touchscreen system. Temperature controls for the driver and front passenger are conveniently adjustable through a touch-sensitive slider control, as is the media volume control. 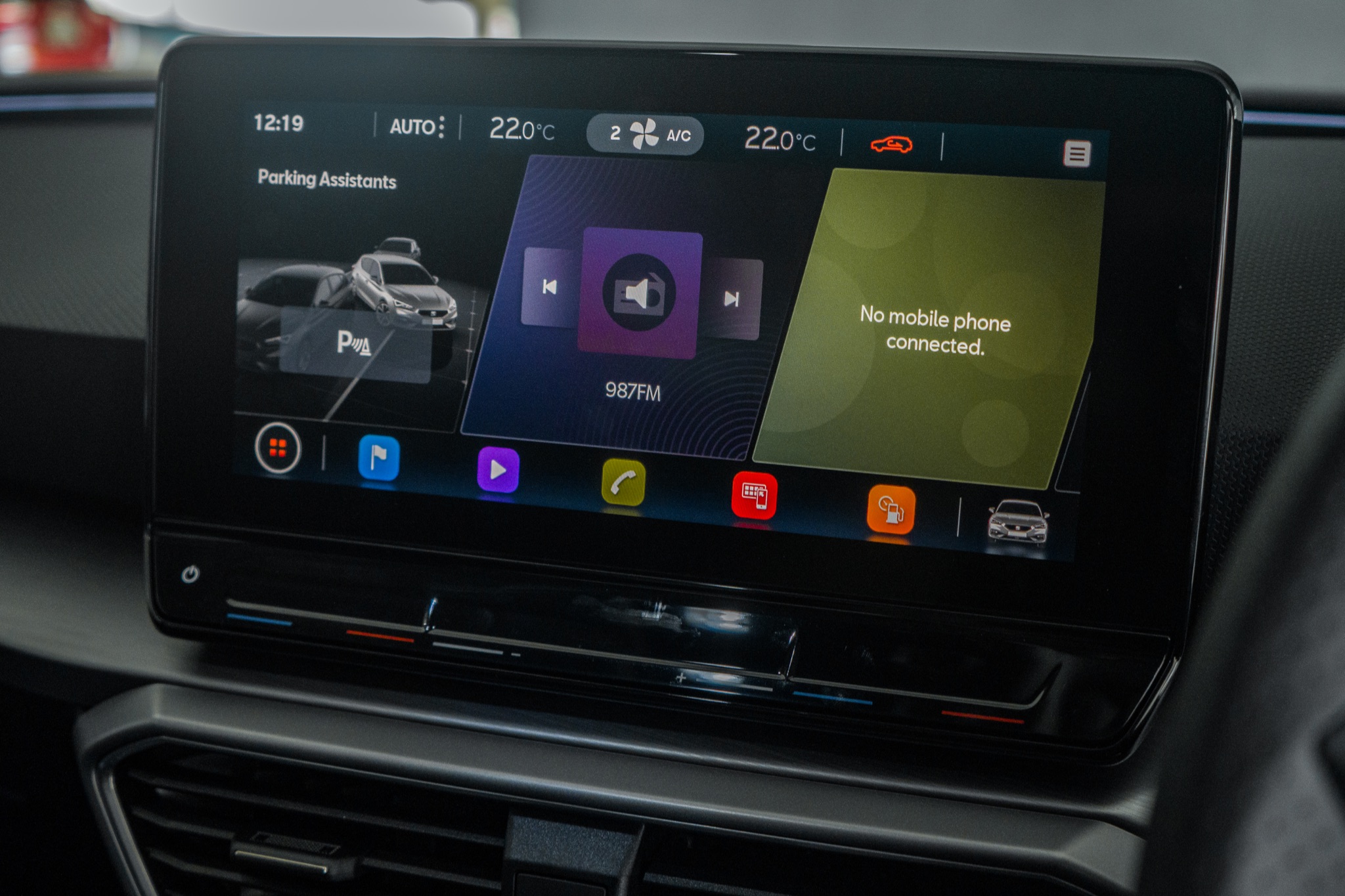 The Leon also boasts a wireless charging tray up front, while rear passengers also get their own separate climate zone. 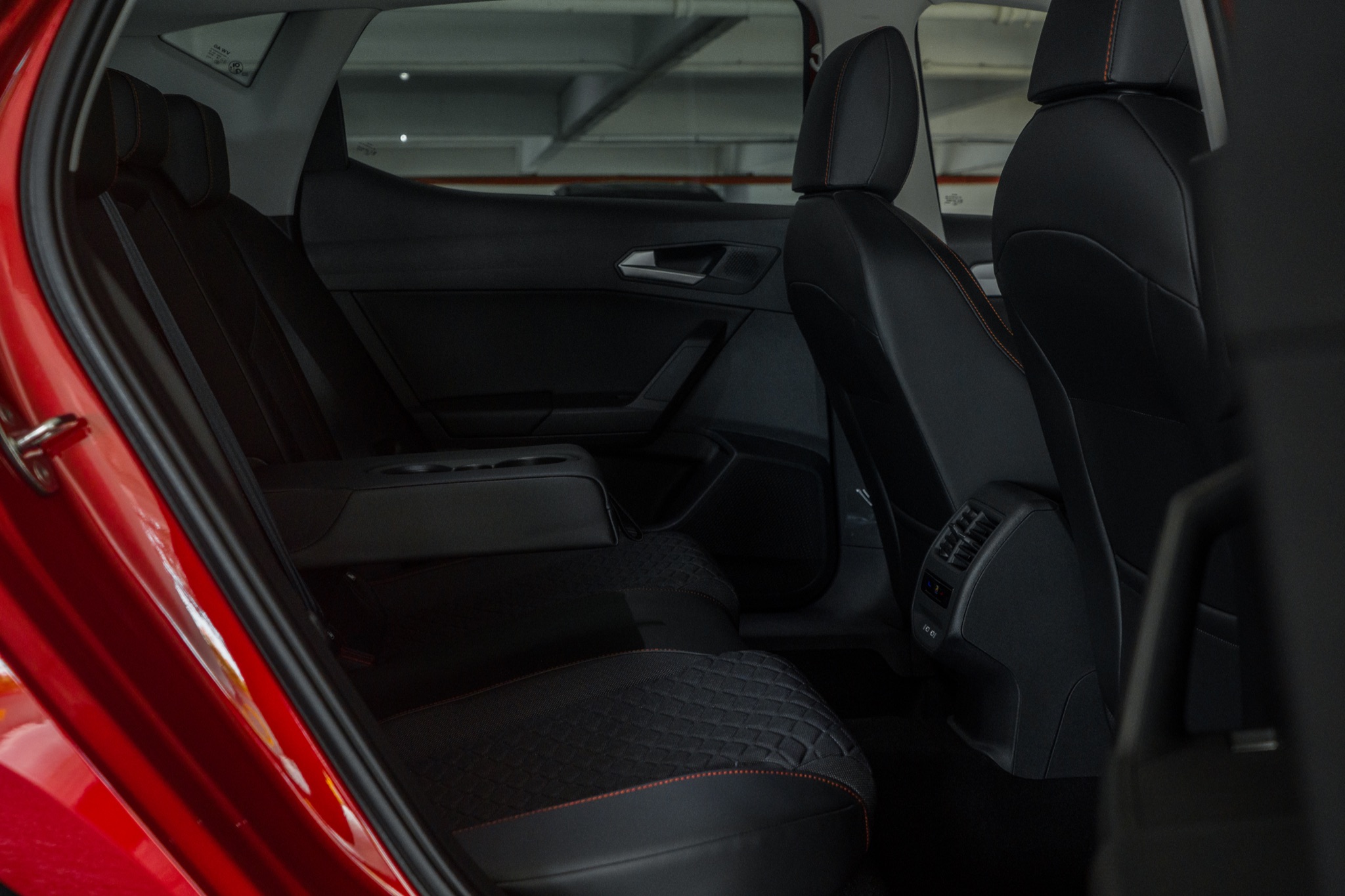 The front seats provide great bolstering, while the rear provides more than adequate leg and knee room. At the back, the boot opens up to 380 litres of space. 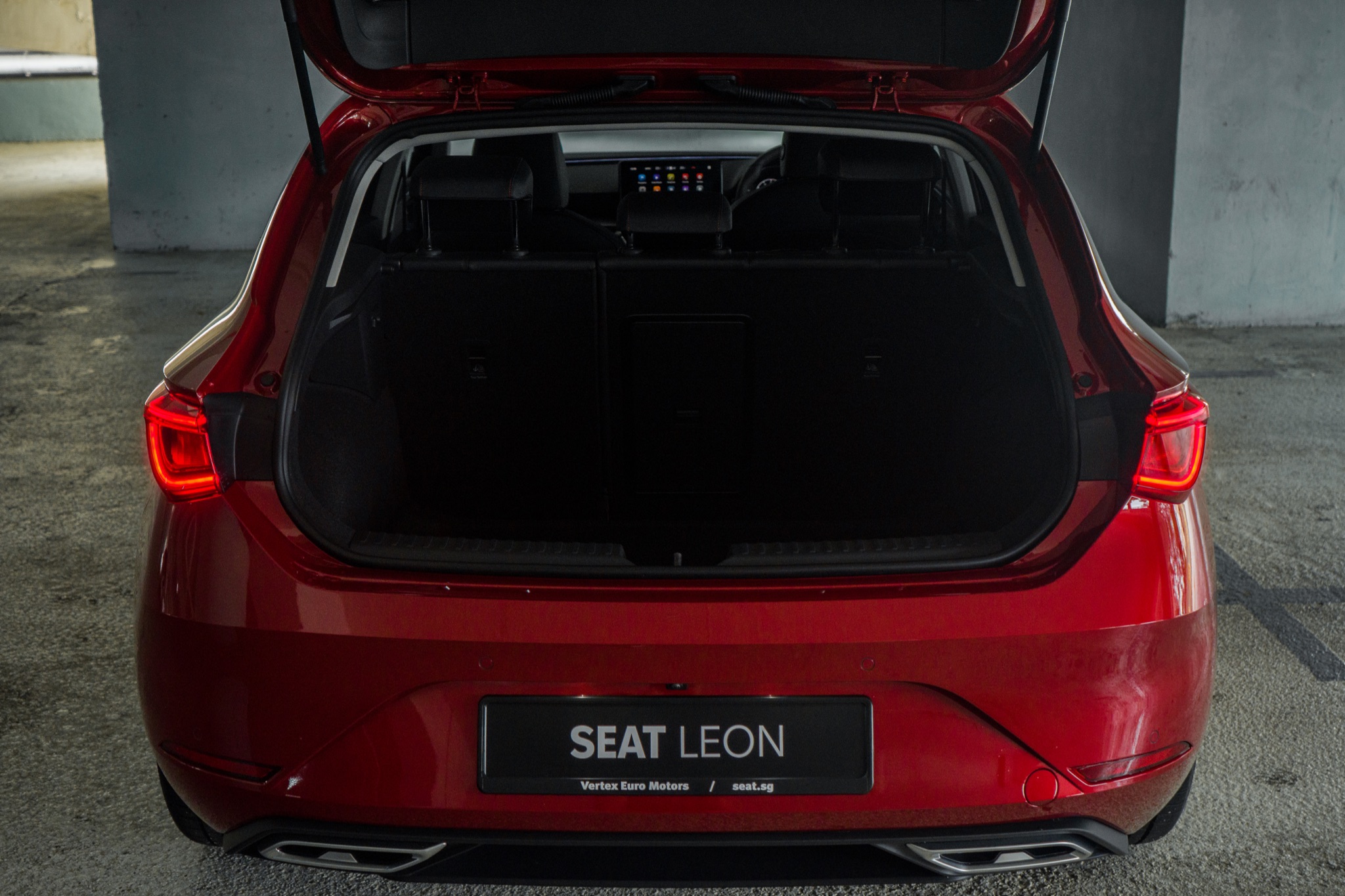 The Leon clearly hits the mark for interior space and features. Beyond that, we were also impressed by the build quality in the cabin, which was properly solid. In many cases, we get a few rattles and squeaks from the interiors of new press cars given to us for testing. However, the new SEAT Leon has been built so solidly that the only rattling we heard came from the plastic cover of the In-Vehicle Unit (IU).

The only complaint we have is that the interior can feel a bit too plasticky, although we don’t mind it because of just how solidly-built it feels. And mind you, if you think only SEAT gets hard plastics in its interiors, you might be surprised to realise that the same is true even in more expensive VAG hatchbacks! 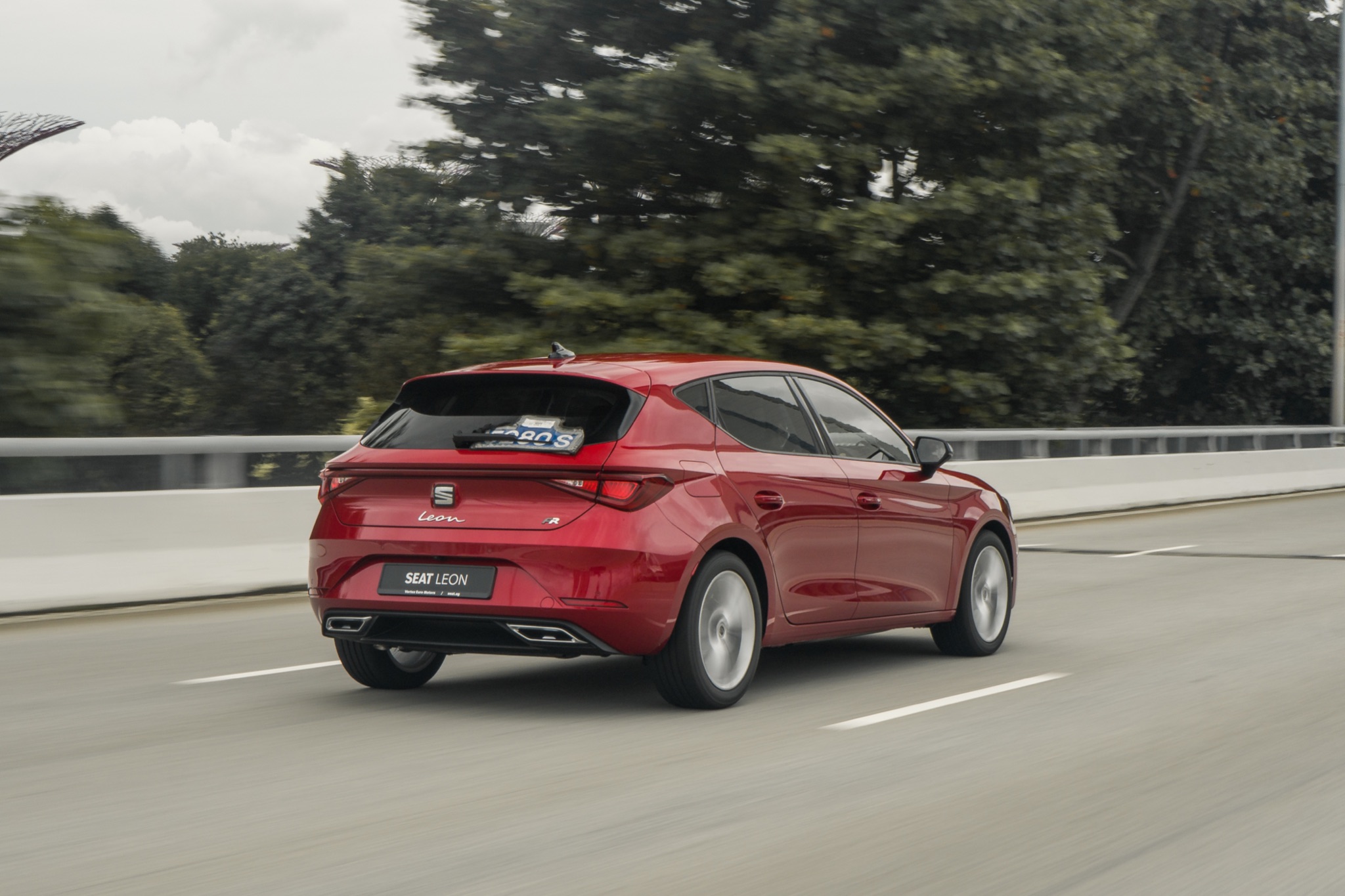 A 1.5 eTSI four-pot powers the Leon, coupled with a 48V mild hybrid system sending power to the front wheels through the VAG’s tried-and-tested seven-speed DSG gearbox.

With a combined output of 149hp and 250Nm, the Leon Mild Hybrid completes the century sprint in a brisk 8.5 seconds. 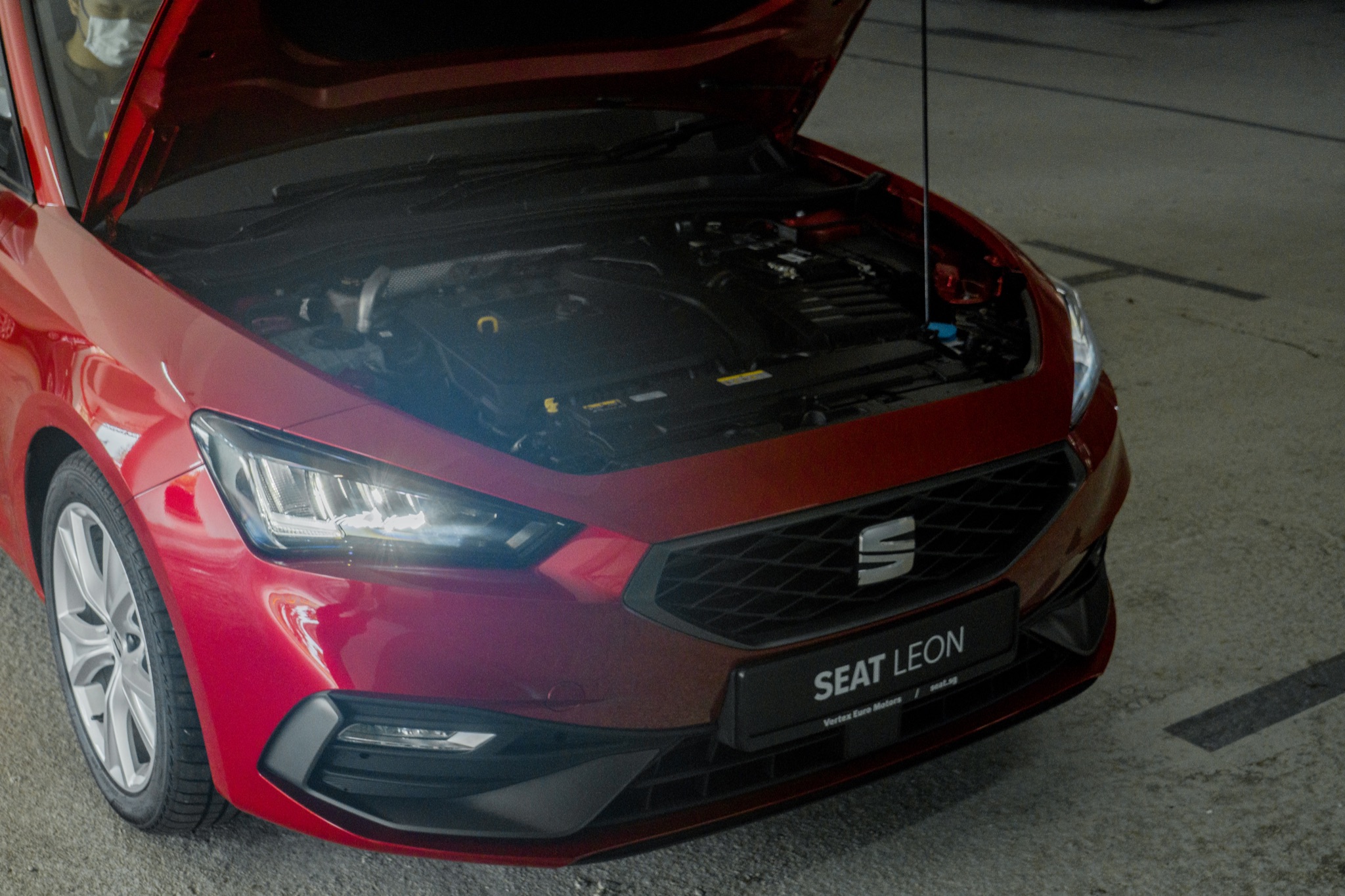 In our testing, the Leon felt like a sprightly and nimble car, taking on spirited driving with enthusiasm. The Leon could take on corners with aplomb for a family hatchback, even if body rolls made the car feel floaty.

The mild hybrid system also means that one gets more push than expected, with the electric motor filling in the gaps in power before the turbo kicks in. What this means in practice is that the Leon is eager to sprint off at any powerband—we were also surprised at how instantaneously we pulled away from a tailgating BMW 1-Series! 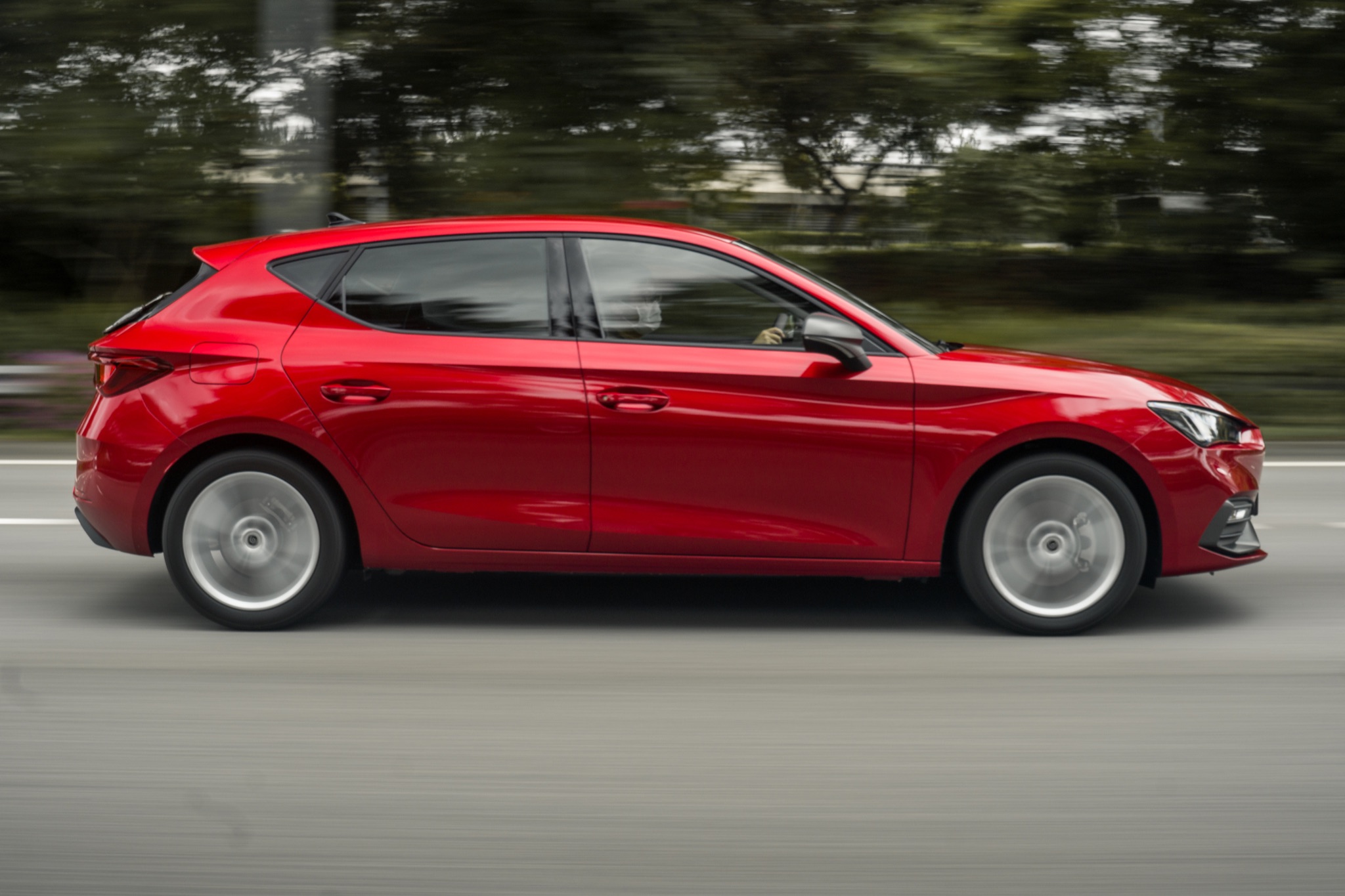 Turn the enthusiasm down a few notches and the mild hybrid system will also work wonders on your fuel economy. In fact, we averaged an impressive 13.5km/l, despite our consistently… enthusiastic driving.

Where possible, the Leon shuts off its engine, letting the mild hybrid motor power the car to keep it coasting on the highway, and the transition is so smooth that one barely notices the engine cutting out. It really is an ingenious system that is well-executed and reaps very tangible rewards on fuel consumption. 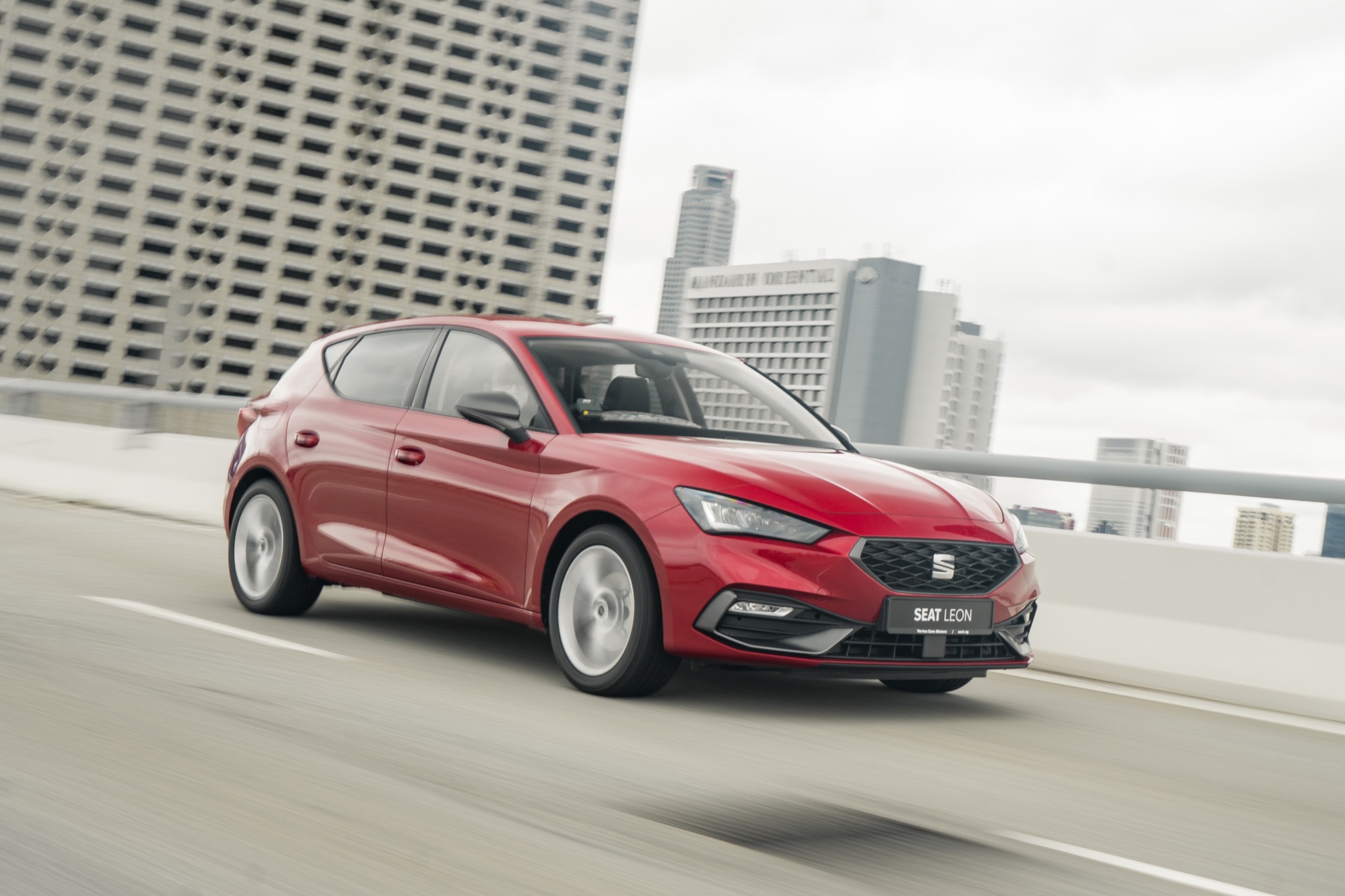 The engine comes on once again after a slight delay once you prod the throttle, swiftly bringing the Leon up to speed.

Is it still the economical man’s Golf? 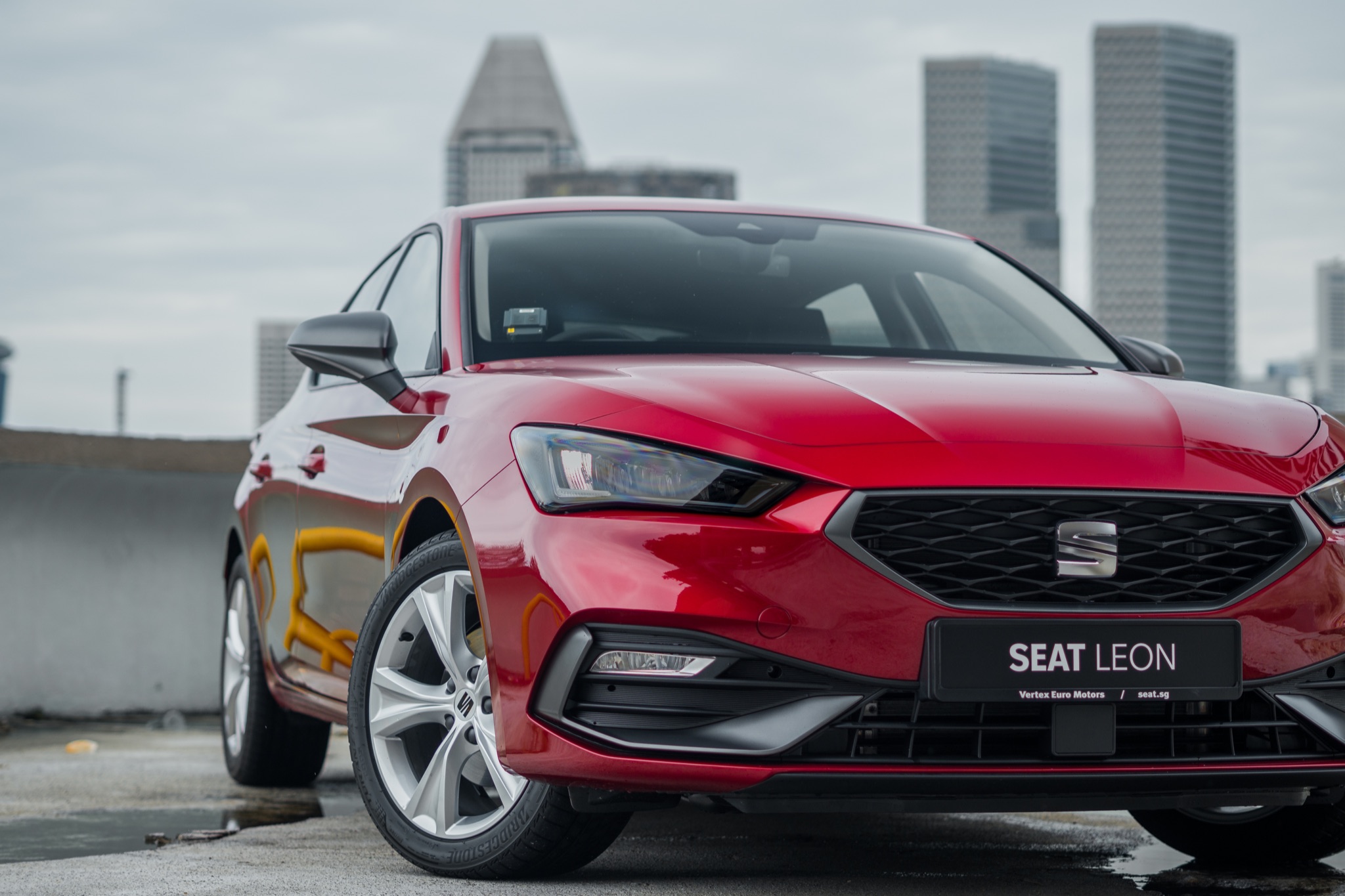 Well, yes and no.

We say “yes”, because the new Leon is priced at an introductory offer of S$119,999 despite the recent CAT B COE hike to S$62,600, proving it still is a sensible and economical alternative to more illustrious VAG offerings.

Yet, we say “no”, because the new Leon seems to confidently shout to us that it isn’t just a derivative of other VAG products, and instead is a car that is stepping into its own shoes. 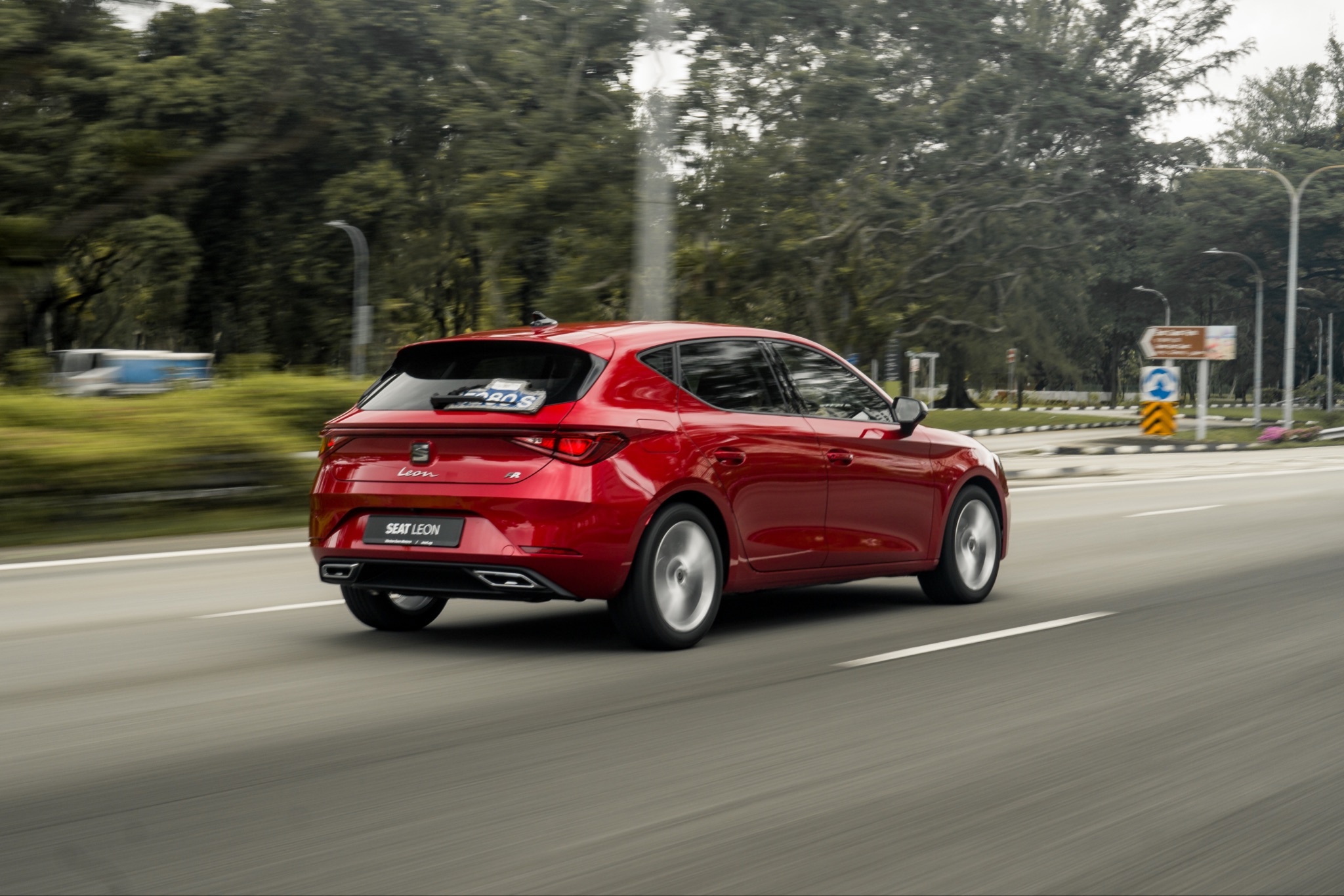 From the newfound SEAT design language to the interior packaging and tech features, the solidly-built Leon is a strong proposition if you’re looking for a European hatch that does it all without hurting your wallet.

Prices are accurate at the time of writing. Photos in this article by @carspotsg