Flash Floods: What, Why and Which Roads to Avoid 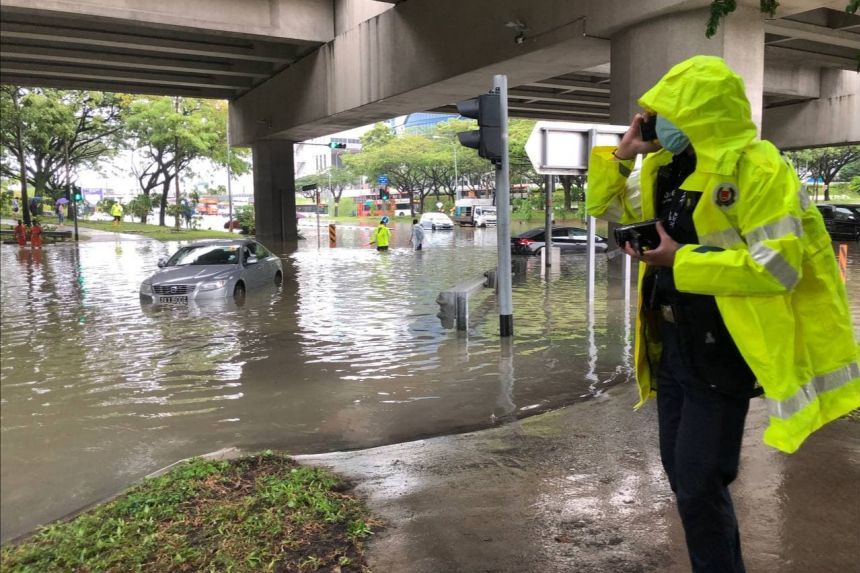 
As global temperatures rise, we will have to live with an increase in the frequency of nature-influenced traffic disruptions, in the form of flash floods. But just how does a flash flood occur?

As August draws to a close, we have had two consecutive days in which flash floods made the headlines. Disrupting traffic, this act of god also damaged cars and inconvenienced many others.


The rain is expected to continue, due to the Indian Ocean Dipole, until at least October. Bearing that in mind, here’s a quick guide to what triggers flash floods, and some tips on what to do if you have the misfortune to be caught up in one.

What Are Flash Floods? 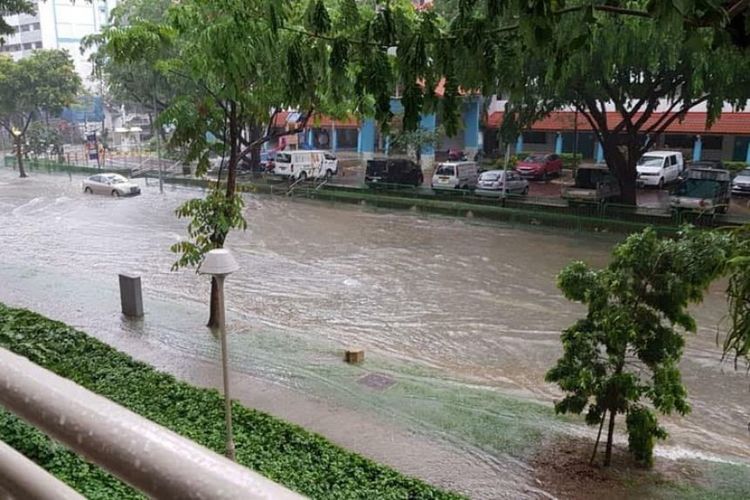 Wikipedia describes a flash flood as a “rapid flooding of low-lying areas”, triggered by a severe thunderstorm. As a rule of thumb, if rainfall exceeds 30mm of rain per hour, you can expect flash floods to form in vulnerable areas.

Why Do Flash Floods Occur In Singapore? 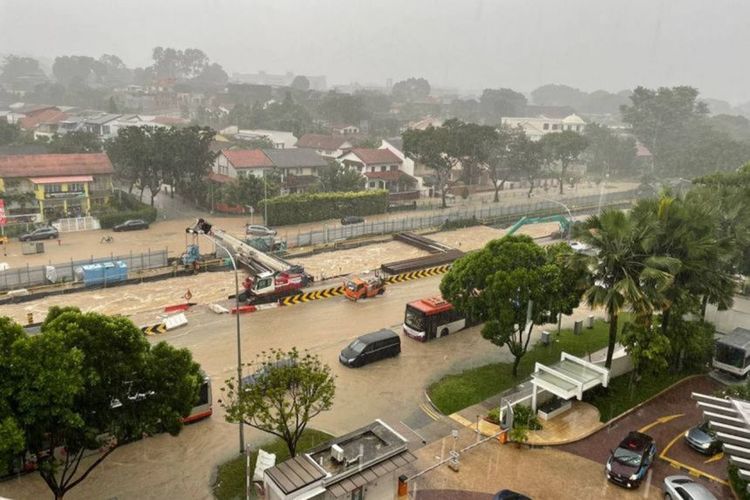 But excessive rainfall is only part of the equation. Sustained flash floods happen because more rain falls than the drains are capable of shifting. As the climate continues to worsen, and as the ice caps continue to melt, there will be an increased incidence of extreme weather events.

As a significant portion of our landmass used to be low-lying mangroves and floodplains, that we have since reclaimed and built over, the natural barrier against flooding has been removed. Rain will still behave in the same way, falling and draining into these areas that no longer serve its intended purpose. In the absence of artificial drainage, we can expect to experience some “surface water” flooding.

Even in ‘natural’, unreclaimed areas, floods can still occur. When rainfall exceeds a drain’s designed capacity, or if said capacity is affected by debris, it can cause excessive water to overflow and flood the surrounding areas. 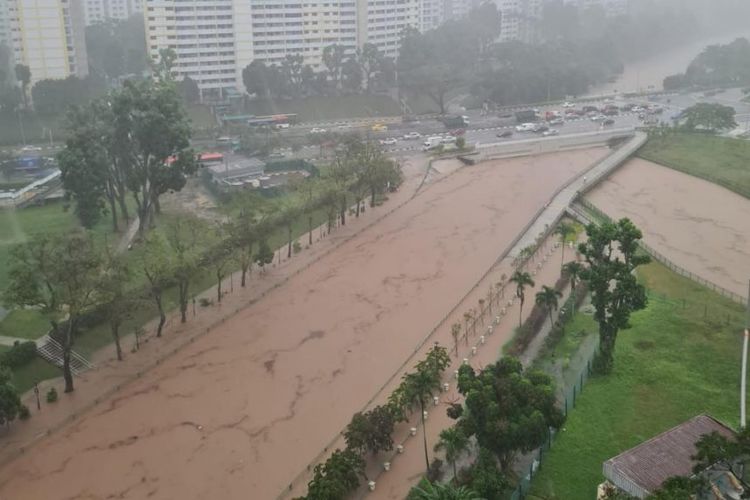 The flooded roads you see online tend to happen as a result of the overflowing of a nearby canal. PUB has fitted water level sensors to monitor our drainage systems, and they communicate the status of each water body with a three-coloured legend. Green represents a 0% - 75% low flood risk, Yellow a 76% - 90%, moderate flood risk, and Red is 90% - 100% high flood risk. 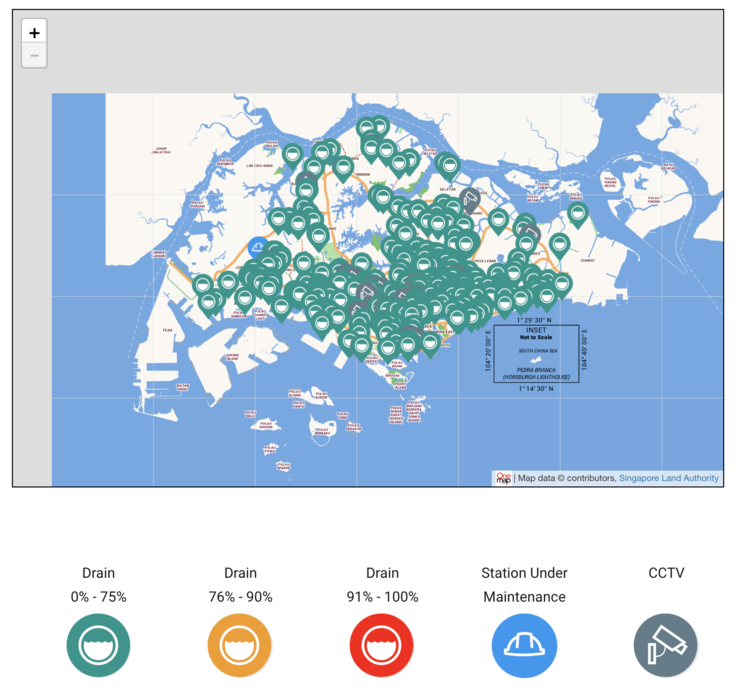 Floods cause traffic tailbacks, whilst also causing severe damage to any home, commercial property or vehicle, that has had the misfortune of being caught up in one.

Which Roads To Avoid? 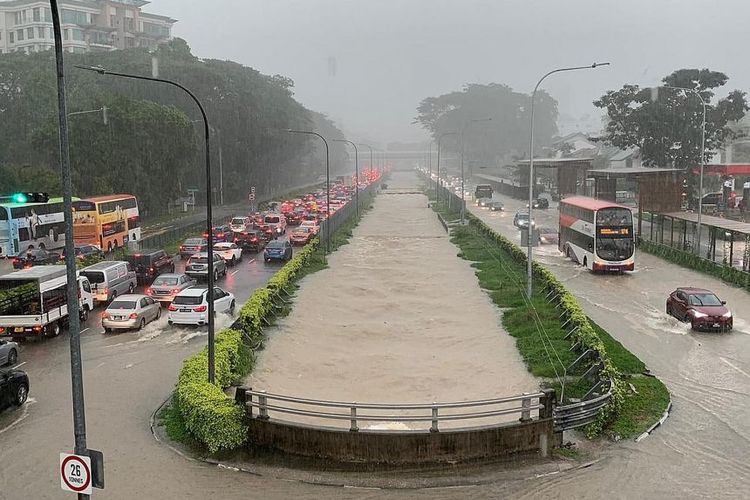 There are areas that have been labelled as flooding hotspots.

But there are also roads that have flooded before and may flood again. Here’s a list of other roads that we have compiled from our research.

That being said, flash floods may still appear in areas that are not low-lying areas, or a designated ‘flood hotspot’.

For tips on what to do when your car is caught in a flash flood, read our guide here!


As with anything in life, a bit of common sense goes a long way. Unless you are absolutely sure water levels are low enough, do not drive through deep pools of floodwater.

Stay tuned to the radio stations when there are bad storms, and drive safe and keep a lookout for others on the road!

Spot a flash flood on your commute? We have a new Flash Flood reporting feature on the Motorist App that allows you to report it!

It's never a bad thing to help fellow drivers out - you'll be grateful that someone else would assist you too! Find out more by downloading our app now!