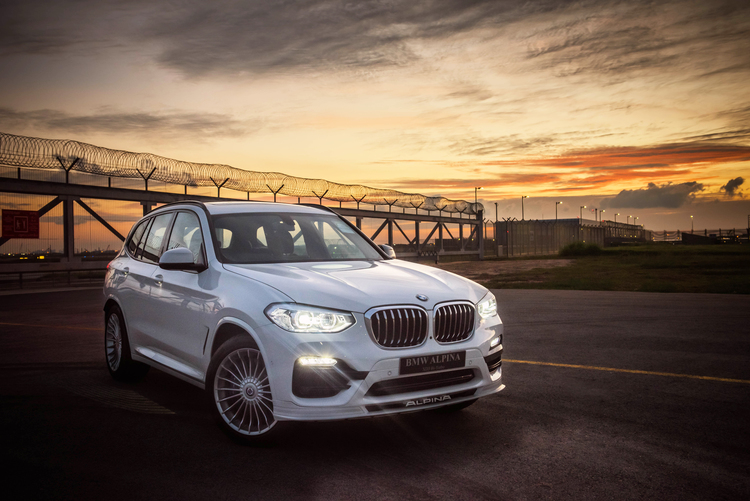 The Alpina XD3 strikes a fine balance between being a comfortable family-oriented SUV, and having monstrous performance.


Since its inception in 1965, Alpina has established itself as a competent and sought-after brand. Focusing on both power and comfort, the marque takes in regular BMW models and engineers them into breathtaking performance monsters.

Being a niche brand, Alpina only has a small but dedicated troupe of loyal fans. Now, in a bid to attract more customers and sales, the brand has expanded their model range. This is their latest offering in Singapore - the Alpina XD3. 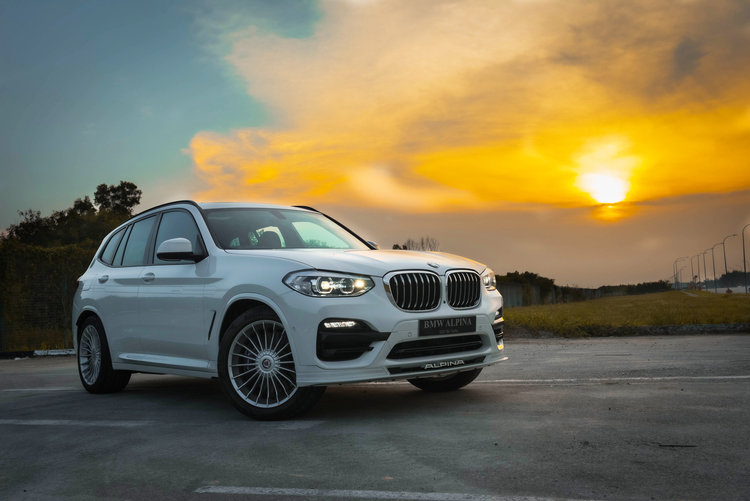 The Alpina XD3 starts life as a regular BMW X3, but it's then treated to a complete makeover courtesy of Alpina. At the front, a new deeper front splitter gives the vehicle a more aggressive look, accompanied by the brand's signature nameplate.

Adaptive LED headlights also come as standard on the car, as well as LED fog lights. 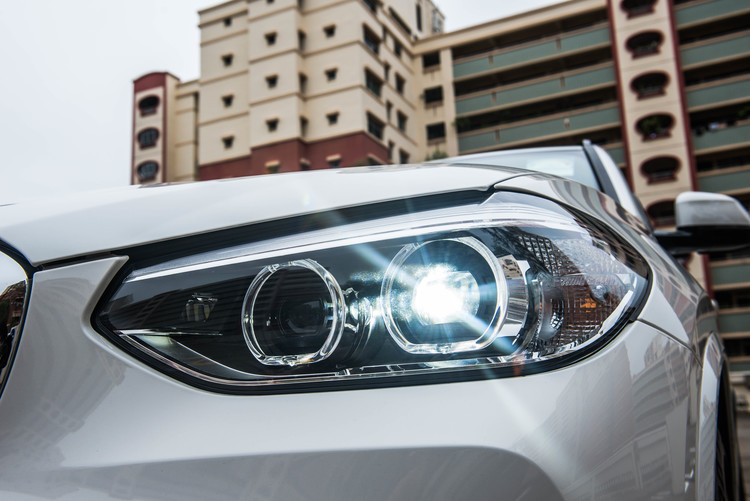 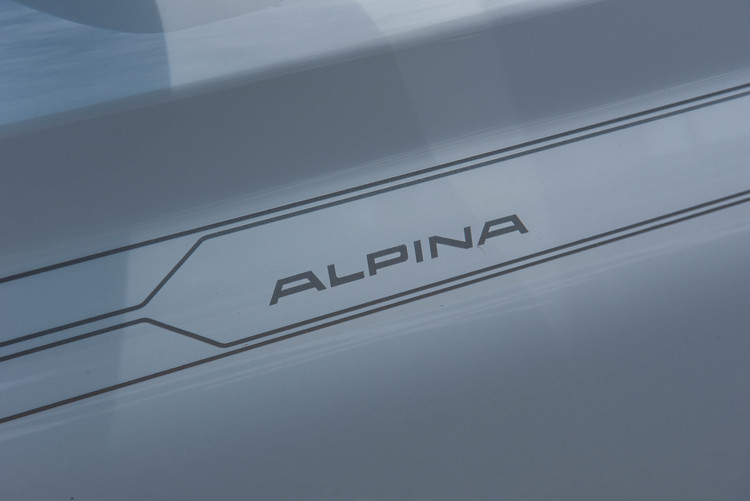 Along the sides of the vehicle, the company's unmistakable pinstripe makes an appearance. In the event the rims and badges are not big enough indicators that this is no ordinary BMW, the decal will ensure that others will know you are driving something unique. 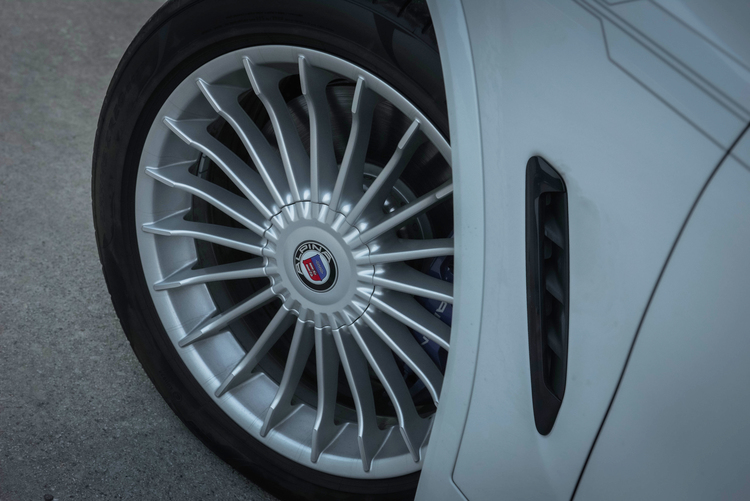 Like all Alpina vehicles, the XD3 receives the brand's signature 20-inch classic rims. These massive rims are very striking and greatly accentuate the muscular look of the car.

To further increase handling and braking performance, the car is fitted with Pirelli P-Zero tyres as standard. 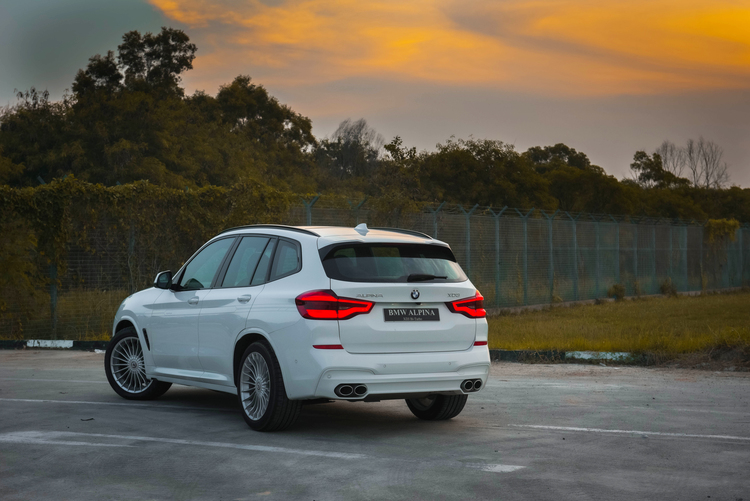 Coming to the rear of the XD3, Alpina has redesigned the rear bumper to accommodate a quartet of elliptical tailpipes. 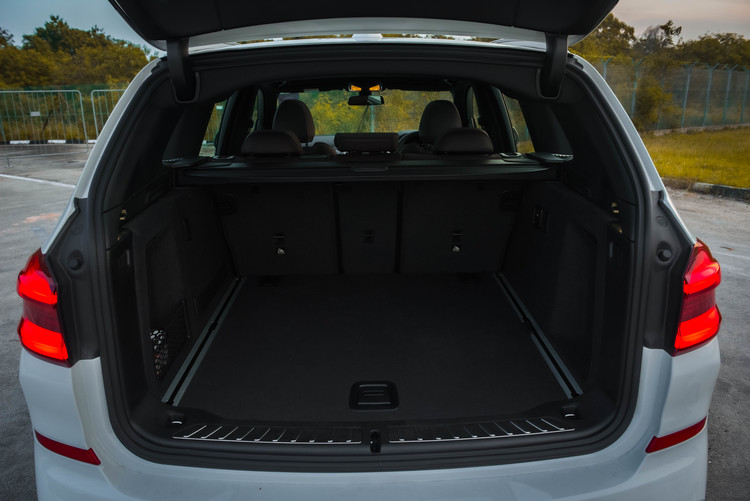 Being an SUV, the XD3 has a capacious boot. By default, the car has 550 litres of space available, with 40:20:40 folding seats that can be adjusted to suit your needs. When folded, these can expand the total cargo area up to a whopping 1,600 litres.

A cargo net and mounting brackets can be fitted to the boot floor too, preventing items from shifting around during transport. Trust us, with so much power, you’ll going to be throttle-happy on most journeys.

Overall, we like the design language of the XD3. The modifications result in a muscular and imposing, yet understated aesthetic, that will attract keen observers.

Alpina models are known to have that "those who know, know" characteristic, and to us, that's what makes them so attractive. 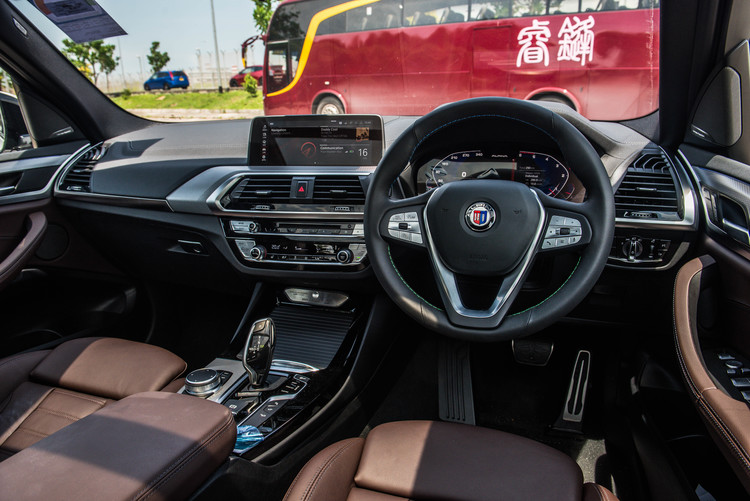 The classy styling continues on the inside, with the same balance of subtlety. Lavish amounts of mocha Vernasca leather are located on various touchpoints throughout the car, complementing the customised anthracite black roof liner. The interior trim pieces come in an 'aluminium rhombicle' finish with pearl chrome trim.

Something you don't get on regular X3 models is the custom Alpina steering wheel, lined with blue and green stitching and adorned with the Alpina badge.


The XD3 comes with BMW’s live cockpit professional, which is a fully digital cluster display that includes a 12.3-inch instrument cluster and a 10.25-inch infotainment touchscreen. 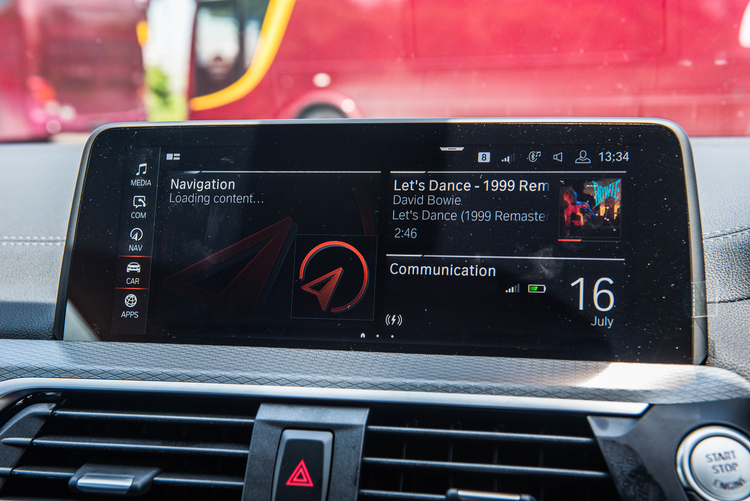 The infotainment screen can be toggled via touch, or via the control dial on the centre console. Connectivity is a breeze, and the native Bluetooth system connects to your previously linked smartphone as soon as you fire up the car.

Wireless Apple CarPlay is available, and apps like Google Maps and Spotify can be mirrored on the touchscreen for added convenience. 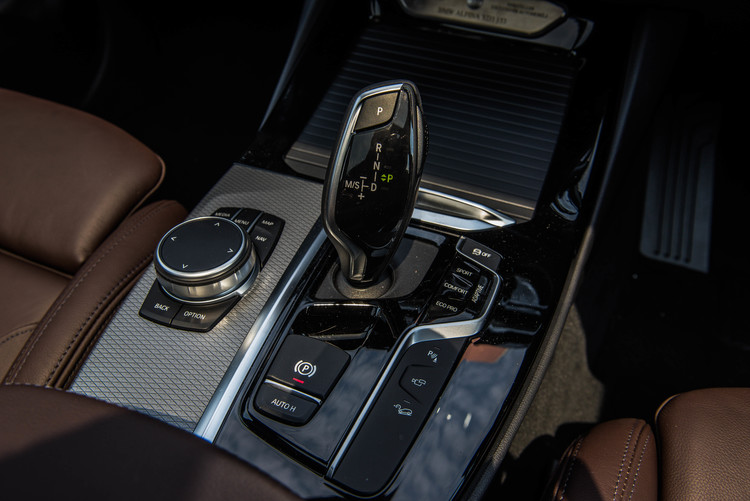 The centre console is a nice blend of premium materials. A Qi wireless charging pad is located beneath the centre stack, enabling you to charge your smartphone without the use of cables.

The car is also fitted with a Harman Kardon sound system, offering a premium acoustic experience throughout the cabin. 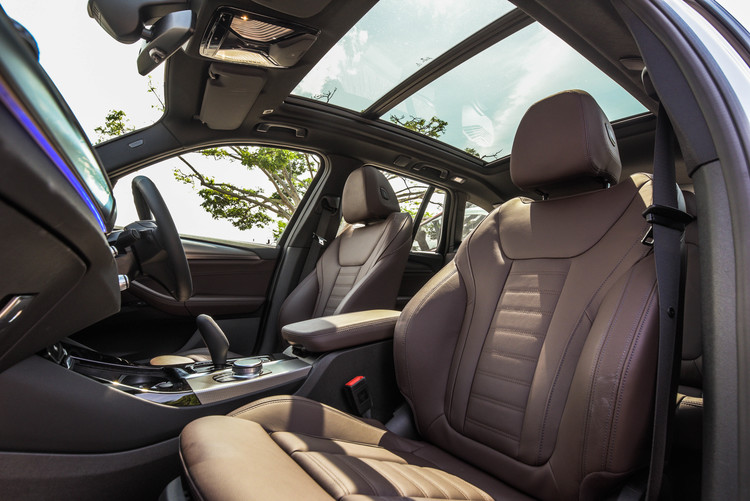 There are sport seats for both driver and front passenger. Though they feel snug, they do not feel constrictive or uncomfortable to sit in, and they bolster you well when cornering. The seats also come with heating functionality for cold or rainy days.

A panoramic glass roof comes as standard, providing the cabin with an added pleasant feeling of roominess. 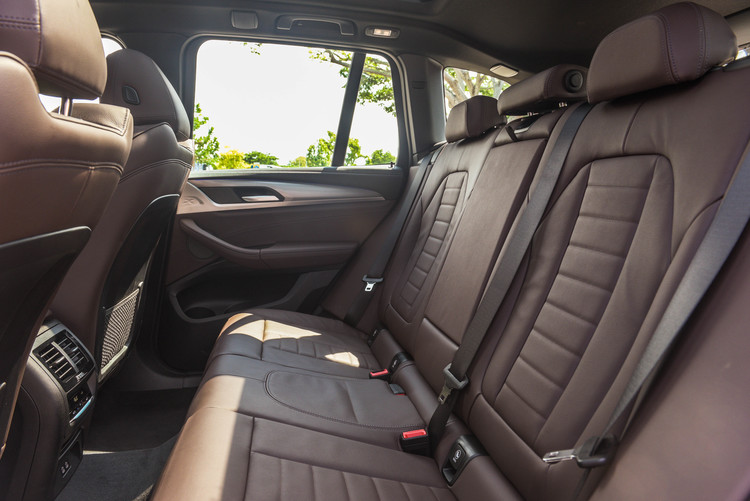 Rear legroom is great in the back of the car, and headroom for taller individuals isn't an issue with the car's high roofline. In addition, rear passengers get to enjoy a separate climate zone from the occupants in the front.

Dual USB Type-C ports are available in the centre console, allowing you to charge devices while on the go. 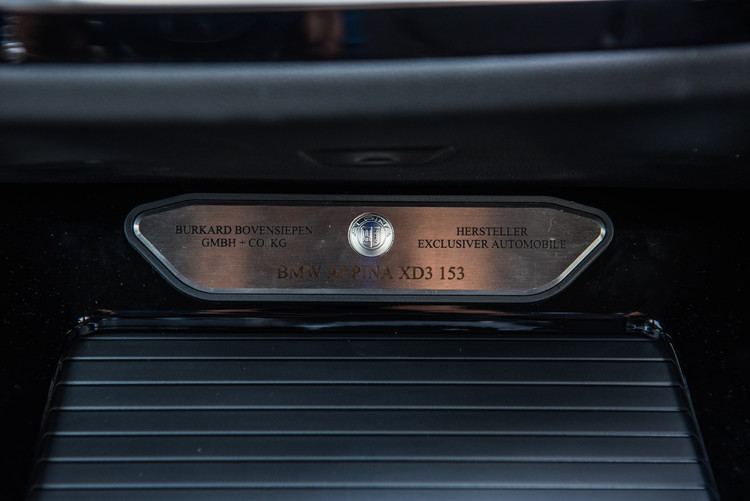 Aside from a few Alpina badging elements throughout the cabin, such as the build plaque on the centre console, steering wheel badge and Alpina-branded door sills, there's little differentiation between the XD3 and other X3 models.

However, to us this is actually a good thing, as the designers have refrained from making the cabin look too garish, maintaining the car's elegance. 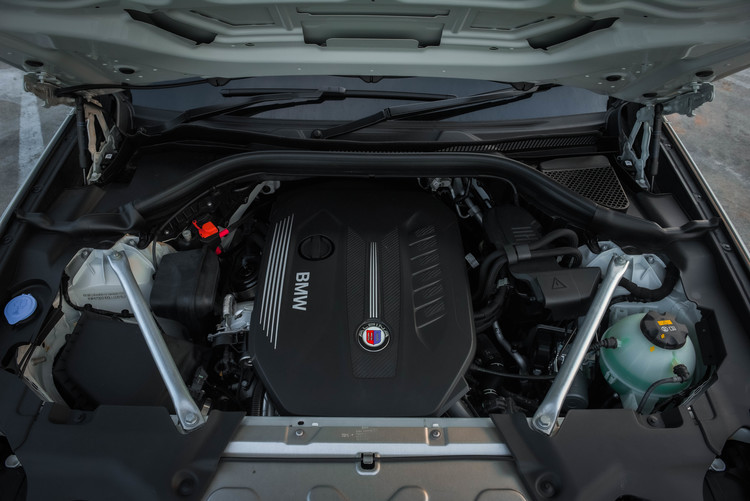 Of course, we cannot review an Alpina without talking about its engine. Dynamically speaking, the company has done its usual, taking the original BMW 3.0-litre in-line twin-turbo 6-cylinder engine and 'enhancing' its induction and cooling systems, among other aspects.

By bringing out the full potential of the engine, it can then conform to their time-honoured recipe of providing monstrous performance.

The result? This car has ridiculous amounts of power. With its modifications, the engine now produces a very respectable 333bhp. That might already seem sufficient, but the engine has another ace up its sleeve, producing an eye-watering 700Nm of torque.

Unfortunately, right-hand drive (RHD) markets like Singapore will miss out on the best version of the XD3, which is offered only in left-hand drive (LHD) countries like Germany.

These lucky regions get a quad-turbo version of the same 3.0-litre engine, producing 384bhp and 770Nm of torque. 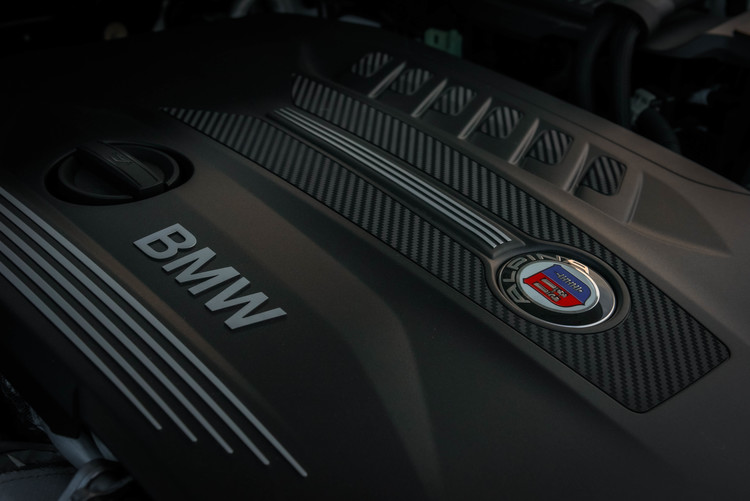 Despite not having a quad-turbo setup, our local version can still do 0-100km/h in a blistering 4.9 seconds. This is achieved with All-Wheel Drive (AWD) and the brute amounts of power on tap. Plus, being a diesel unit, all of that wonderful torque is available from just 1,750rpm.

The twin turbos in the XD3 work in sequence, with a small one to combat turbo lag, and a larger one to deliver the extra bulk of power. You will still feel a slight amount of turbo lag at low revs. However, once the car does get going, everything else fades into the rearview mirror.

Personally, the manner in which this car picks up speed is somewhere between dubious and astonishing. Even under harsh acceleration, the engine rarely sounded stressed, and the speed piles on relentlessly and without any fuss.

Pretty soon, you'll have to ease your foot off the pedal as the car has already reached the speed limit of the road before you can process what just happened. 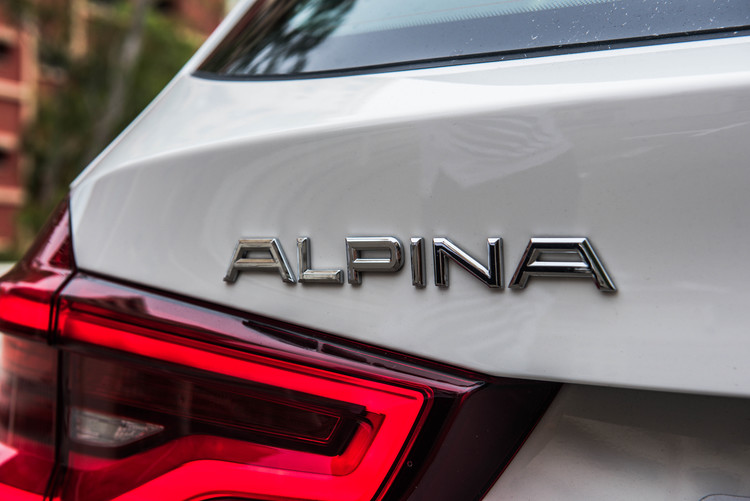 All of that power is mated to an 8-speed Sport-automatic ZF gearbox. Couple that to BMW's intelligent xDrive system that has been tweaked by Alpina and an active limited-slip rear differential, you get a winning formula that feels suitably sporty to drive despite its SUV geometry.

The gearbox is quick and responsive, especially in Sport or Sport Plus mode. The car suddenly feels more alive, and any enthusiastic action with the accelerator pedal will send you shooting towards the horizon.

The response and feedback from the steering and firmer damper setting are great too, providing the XD3 with the confidence to attack corners without incident. 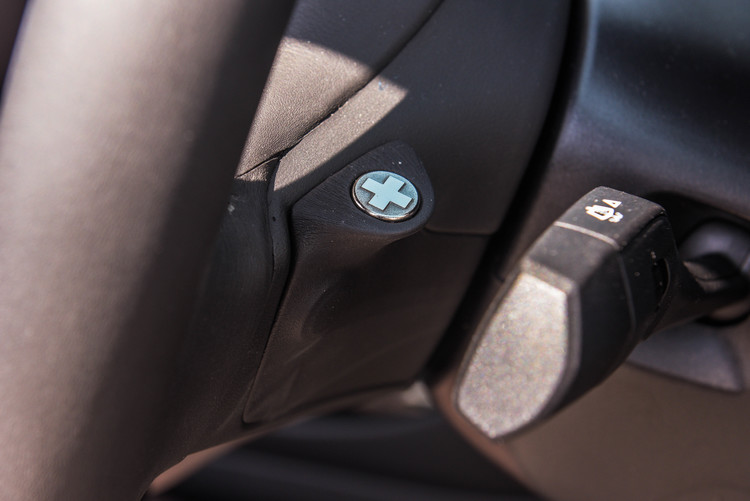 The only thing that takes away from the overall driving experience is the steering-wheel-mounted shift buttons. These are an Alpina tradition but are a massive ergonomic failure.

The buttons simply do not feel intuitive to use. While driving, we would either shift using the gear lever or just kept the car in automatic mode.

It's a bit disappointing, as driving such a powerful and responsive vehicle, you would want to have independent control over the gears in order to fully optimise the car's power delivery. 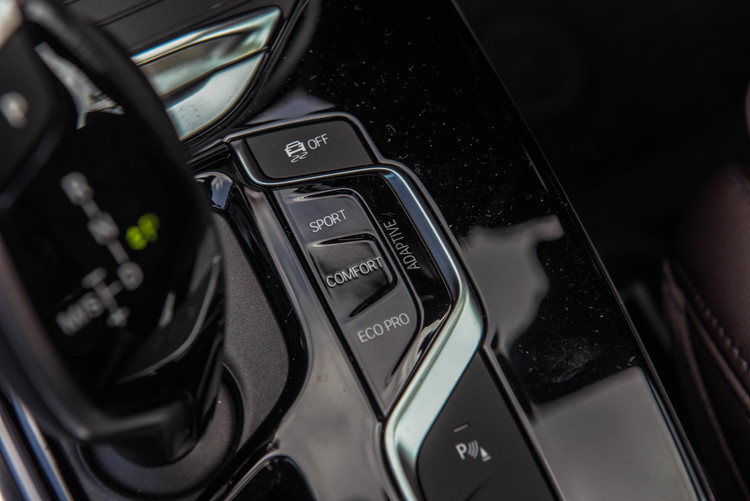 As much as the Sport modes are fun to play around with, we personally felt that the 'Comfort Plus' setting is where the car truly shines. This mode is exclusive to the Alpina and it dials the regular 'Comfort' setting up to eleven.

Whether we were driving around town or on the expressway, the XD3 had a Gran Tourer (GT) vibe about it, offering silky smooth and effortless acceleration while doing a great job of isolating noise from the outside world.

Even with 20-inch wheels and performance tyres, the engineers have done a fantastic job with the cabin insulation, keeping the traditional diesel clatter down to a minimum. Passing slow traffic is simple with so much power readily available, and the car feels compact when you’re doing it, a virtue that works well with good visibility.

If you're not flooring the accelerator pedal, the XD3 does give you surprisingly decent fuel consumption. During testing, we could not replicate Alpina's factory claim of 15.6km/l.

Instead, the car managed to hover around 11.2km/l, which is still impressive given that we mashed the throttle each time we could.

This means you can easily achieve good mileage and range with the car's 68-litre fuel tank coupled with more frugal driving habits.

Fast, but not reckless 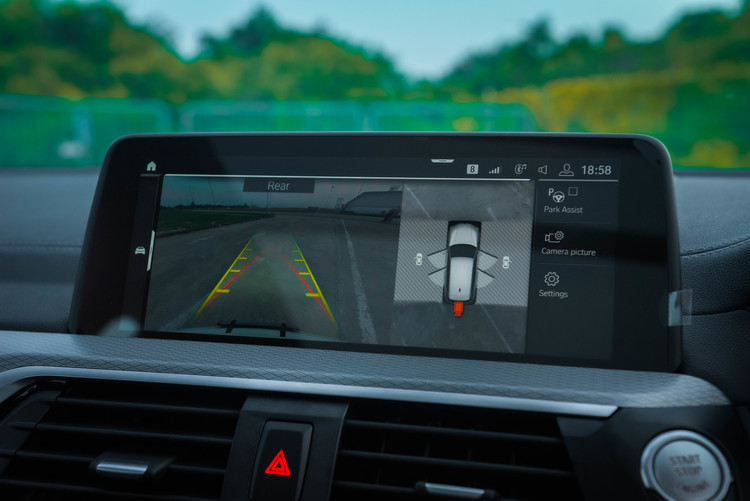 You can expect plenty of safety features as standard in the XD3, helping you to avoid nasty collisions. The car comes with:

It's worth noting that even though cruise control is available, it’s not adaptive.

The 360-degree camera is arguably the most important safety feature on this car, and it's great for parking or manoeuvring through tight spaces. It is also crisp and clear when viewed on the touchscreen display, unlike some of the lacklustre efforts fitted by other manufacturers.

Like all BMW models, the Emergency Call services are fitted to the XD3, with an SOS button located at the top. This feature informs emergency services should there be any incident whilst operating the vehicle. 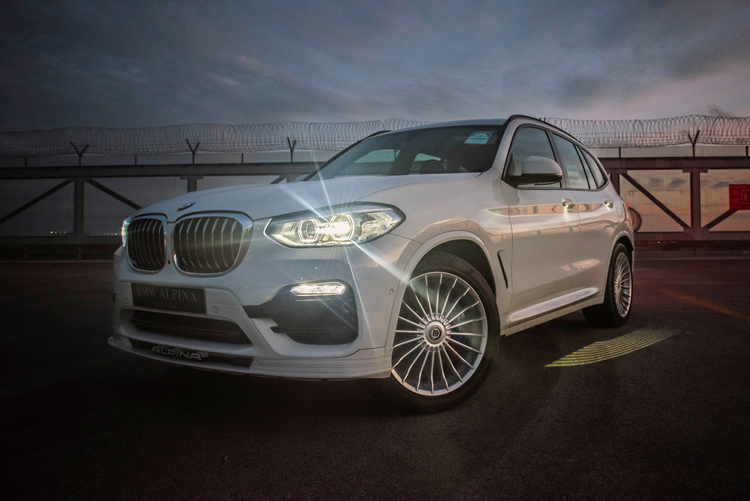 At $320,800 without COE included (at the time of this review), the Alpina XD3 is priced just slightly above the ranging topping BMW X3 M40i.

These two cars share a lot in common and have very similar performance figures. For many, the X3 M40i might be the one to buy, as it does save you some money and it comes with brasher looks and colour options.

However, if you are someone that is in the market for something special that makes you stand out from the crowd, then the XD3 might be the choice for you.

You’re not just paying for the exclusivity or uniqueness; there are genuine mechanical and comfort benefits with choosing the XD3 over its competitors.

Granted, it’s not as flashy as other performance SUVs on the market, but in the end, you’ll know that you’re driving something truly special.