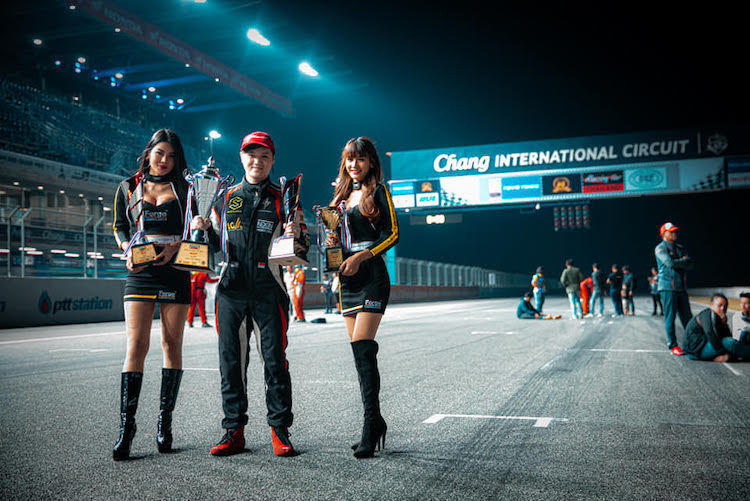 
Shane Ang is one of Singapore's most prolific racers who has competed in a few countries in South East Asia. He tells us about his racing career in this episode of "In The Passenger Seat."

Shane Ang is a well-known figure in the automotive and racing industry. With only six years of racing experience, that's still pretty new, and the success of winning races is truly incredible.

When he isn't racing on the track, he enjoys go-karting, hosting racing events, and posting his thoughts on the car scene on his YouTube and Facebook.

In recent months, he has received a number of responses from netizens on issues such as "errant bikes on the roads" and "illegal street racing".

First of all, let's get an introduction from you! 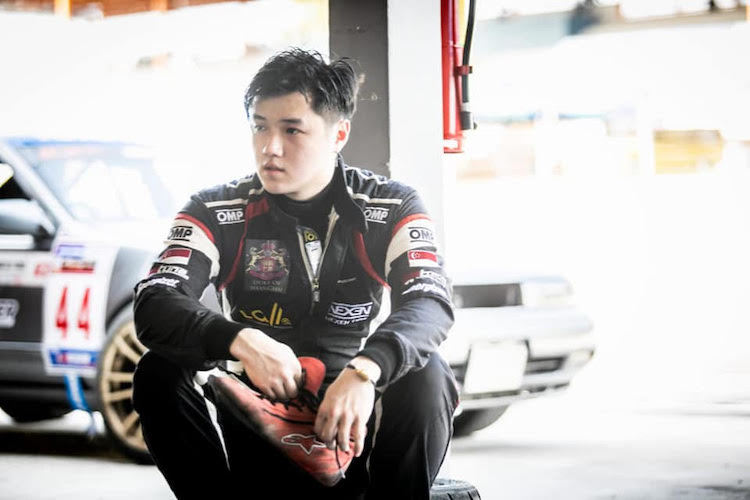 My name is Shane Ang, and I am a race car driver and race event organiser.

For the people who don’t know, what car are you driving now? Why that car? 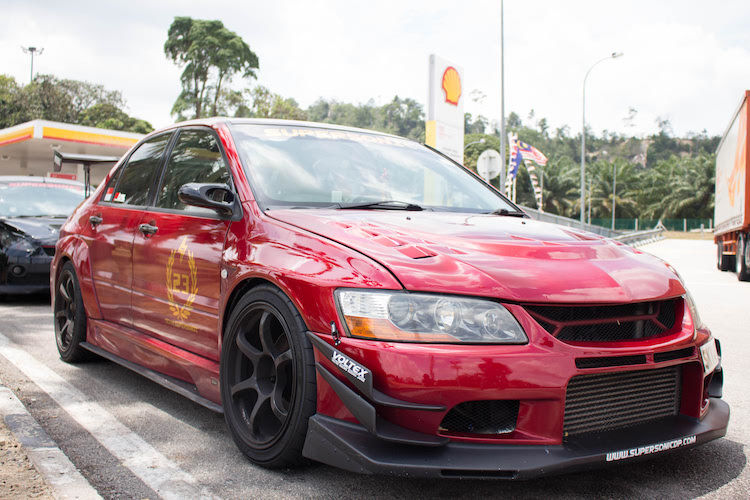 At the moment, I'm driving a Mitsubishi Evolution 9. I purchased this car six years ago after being tired of being charged and summoned by the authorities for illegal modifications. I was driving a bolted-on turbo MR-S on track days.

Therefore, I wanted to buy a legally turbocharged car that has greater potential.

How did you become a race car driver? 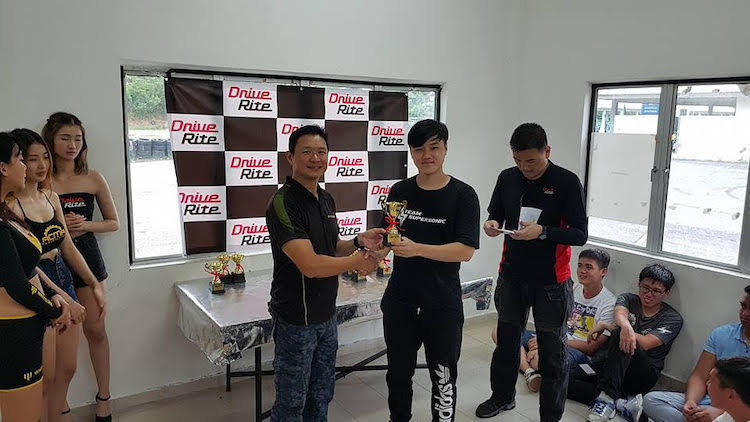 It all began with this Evolution 9. Right after I bought the car, a close friend invited me to compete in Malaysia.

Since I had never participated in a race/time attack before, my initial thought was "try for fun". Surprisingly, I secured the fastest time of the day and won the open class championship. 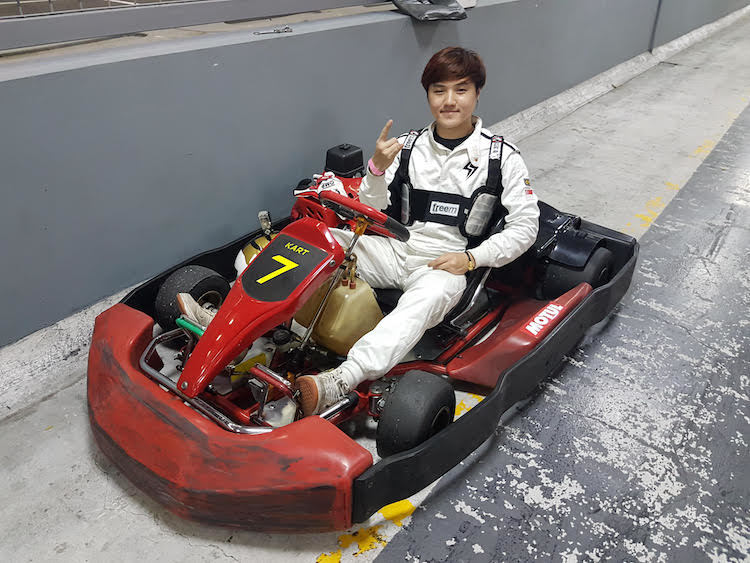 Soon after, I was introduced to the go-kart race, the KF1 league of champions, after my friend had paid for but couldn't attend. I raced in his place and won the race as well. These two incidents "re-ignited" my love for racing, and I felt I was onto something.

I continued to race every month and participated in every event that was open to me. The results drew sponsorships from various brands to come on board and endorsed my passion.

My big break came when I won major televised races in Thailand. Soon, I was able to sign professional contracts with major international brands such as LavaPM, Forge Lubricants, Syngularity, and Nexen Tires.

What’s your earliest memory of cars? How did you fall in love with cars and racing? 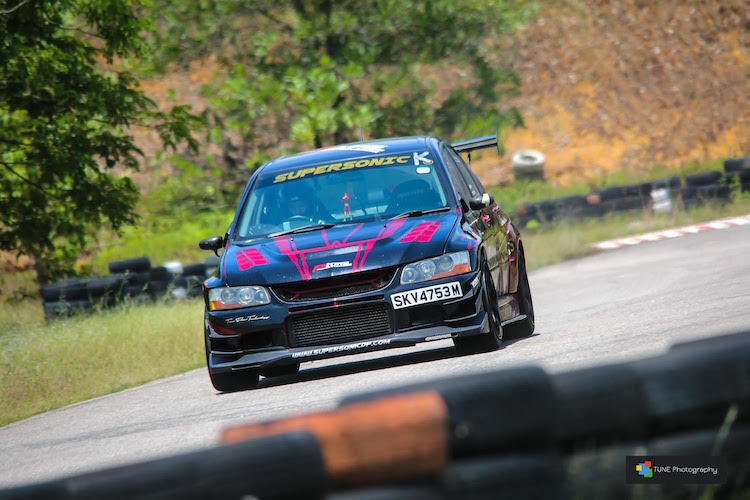 It would be the movie by Thunderbolt by Jackie Chan. Like many other JDM fanatics, the Japanese anime Initial D was also a huge influence.

It was during my secondary school days, so I could only "start" from the arcade gaming machines.

You’ve participated in many races. How would you describe your growth from your first race as compared to your most recent race? 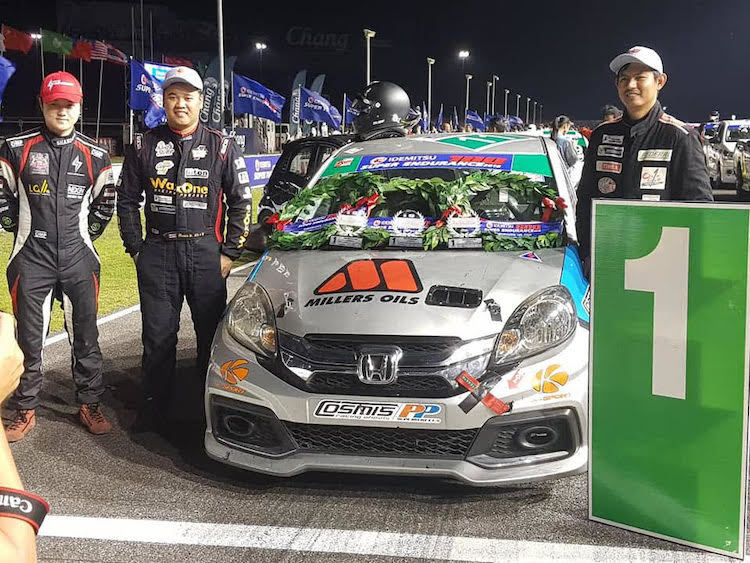 The first race (as previously mentioned) was the most exciting feeling I'd ever had since it was my first ever race with no prior experience. I was completely unaware of everything. It was just plain fun racing against other amateur racers.

Fast forward to the professional series in which I now compete. It's even more "stressful" and intense now. We must begin training for the race well in advance. There were several preparations and setups to be completed, including tuning the car(s), finances, and track study.

The level of competition is extremely high, and I will need to be at my peak performance at all times to win.

For the people that don’t know, how do race car drivers train for their races? 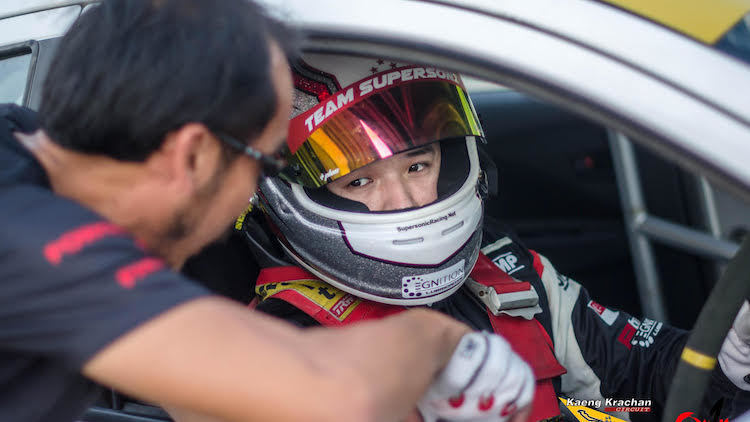 Nothing beats real seat time, as many racers would tell you. The perfect practice scenario for us would be to practice on the racetrack every weekend. Prior to the COVID-19, I was flying around, South East Asia, racing/practising on various race tracks almost every weekend.

However, with Covid-19, we have to settle for simulation (SIM) training and local karting tracks for the time being.

So far, how many cars have you raced in? Can you name them and which was your favourite? 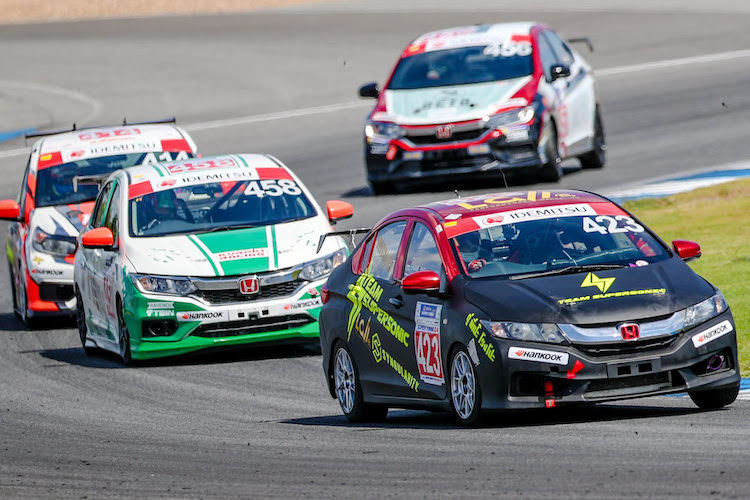 I'm not sure how many cars I've actually raced or test-driven in, but my racing team, Team Supersonic does have a personal fleet of more than ten race purpose cars, including Honda Integra Type R, EK9, CRZ and others. 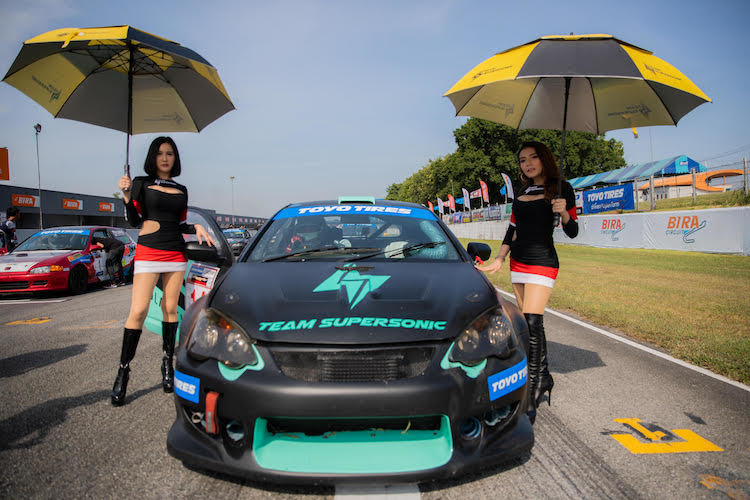 Among our fleet, the Integra Type R is my personal favourite to race in. The Honda S2000 is my favourite of all the race cars I've driven because it needs sound and proper driving techniques to extract real speed from the vehicle. If you drive like a reckless bull, the car will punish you.

The videos you upload on your Facebook get a lot of attention. What made you start posting?

The recent post was just a form of ranting and venting my frustration on social media. I have too much free time ever since Covid-19 happened. I didn't expect to get that much attention.

You covered topics such as cyclists on the road and street racing, which are great topics for debate. How did you think the response was for those videos?

I was expecting a lot of flake from cyclist groups. But surprisingly, the comments were mostly positive and supportive.

Many cyclists are also frustrated at errant cyclists for tainting the image of cyclists as a whole when they ride recklessly and disobey road rules.

What are you looking forward to in your career? 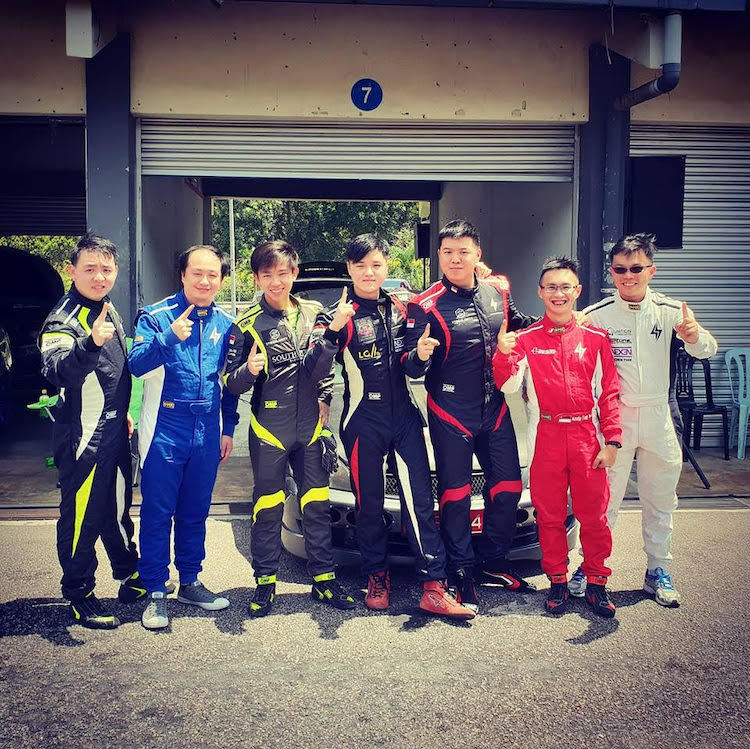 The past two years have been spent experimenting with various series around Asia.

The short-term goal will be to be the first Singaporean to win the Malaysian and Thai championships.

A long-term goal would be to establish myself as one of the best in this field, and I hope to provide a forum for those who want to pursue a career in motorsports.

In terms of content development, my intention is simply to show the real me or to provide people with some entertainment. In terms of growth, I'll let nature take its course.

Would you rather JDM or Continental car? Why? 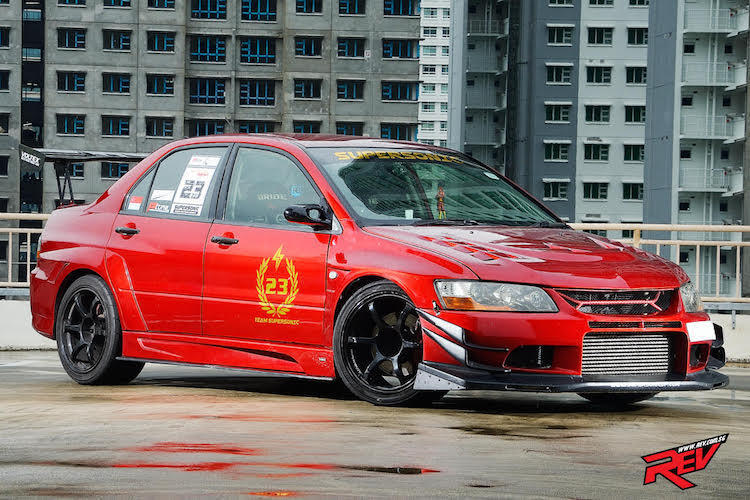 JDM cars are usually lighter and perform way above their cost compared to Contis. The weapon of choice on the race track will be a JDM.

I was not born with a silver spoon, so I'm choosing a JDM for its low cost and high performance. But if money isn't an issue, a Porsche or Lamborghini for a daily driver for sure! 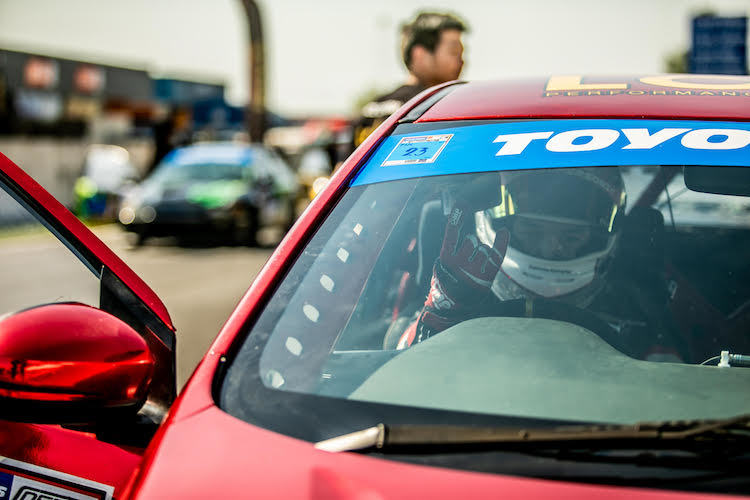 From car clubs to hardcore racing teams, Singapore's car scene has a lot of promise. The desire to own a car is present, as is the ability to spend.

However, the general public's lack of knowledge about performance upgrades, stereotyping/criminalizing modified vehicles, and automotive gatherings are suffocating the enthusiasm for automobiles.

In Singapore, there are no permanent race tracks where people can satisfy their need for speed in a healthy and regulated climate. Many talented racers from Singapore have proven themselves, but with so many limitations, it's difficult for them to shine.

I feel that the money invested in F1 could be channelled to building a race track. That's just my two cents.

Read More:In The Passenger Seat: Jong Yang, Evos For The Day And Night