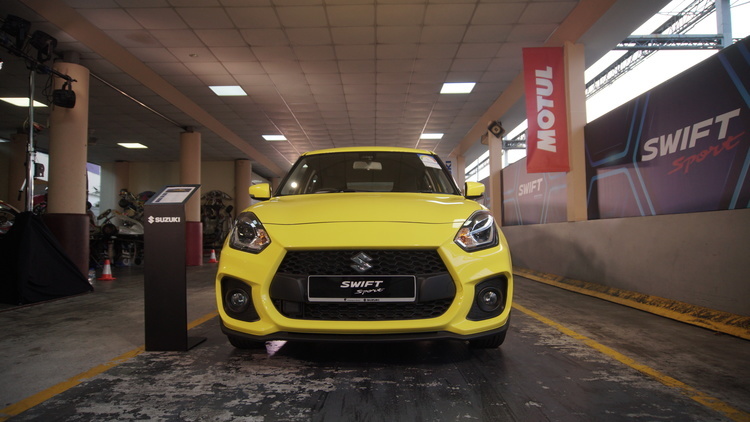 Where do you debut the Suzki Swift Sport, a car that has always been renowned for kart-like handling? At a karting circuit, of course!

The Suzuki Swift has developed a reputation across successive model generations as being lightweight and nimble, with kart-like handling that allows the hatch to corner like its on rails.

Suzuki's authorised dealer, Champion Motors, decided to put the Swift's reputation of kart-like handling to the test, by debuting the latest Swift Sport Mild Hybrid at the KF1 Kranji Karting Circuit and we're happy to say that the Swift eats up the FIA-homologated circuit like it's a piece of cake!

But first, let's have a look at the changes that the new model brings. 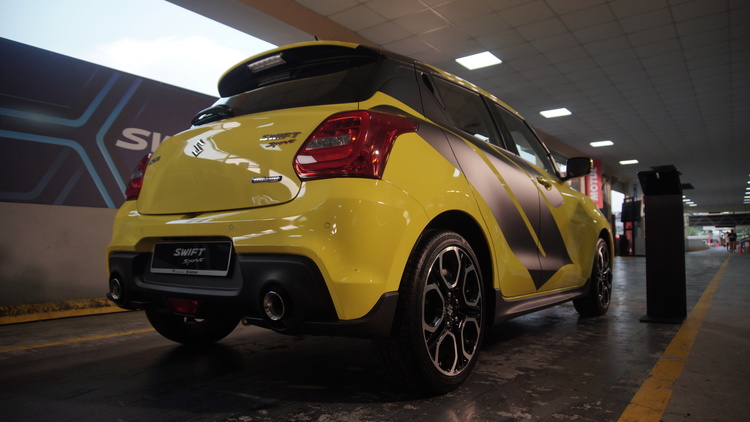 The most obvious change is the addition of Suzuki's 48-volt mild hybrid system to the Swift Sport. The new Swift Sport's 1.4 litre turbocharged BOOSTERJET engine, coupled with the mild-hybrid system, produces 127bhp and 235Nm of torque.

Crucially, the mild hybrid system allows the peak torque to be accessible from just 2,000rpm by filling in the torque curve at lower rpms. Despite the Swift Sport's performance credentials, it is able to return an impressive fuel consumption figure of 21.2km/l, thanks to the mild-hybrid system, and the impressively low kerb weight of 1,020kg. 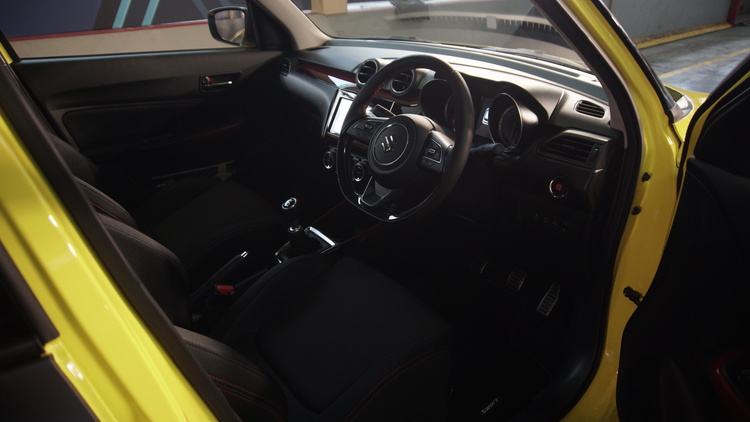 Apart from stylistic upgrades, such as a new grille and carbon-accented trim pieces, the new Swift Sport also receives safety improvements, with the inclusion of the Suzuki Safety Support Suite, which includes:

How does it drive? 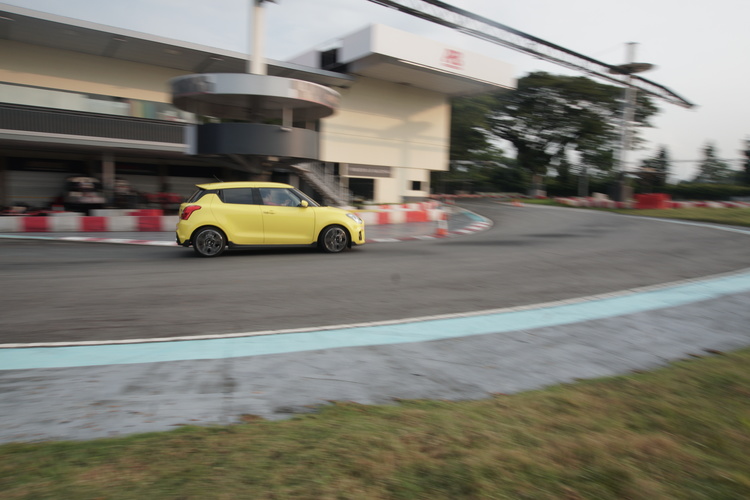 With the rain having just passed, we tested the new Suzuki Swift Sport on a damp track. With all the electronics on, the Swift Sport felt like an extremely stable and well-sorted car, with barely noticeable electronic intervention, apart from the traction control cutting in to reduce wheel spin.

Champion Motors decided to launch the Swift Sport at KF1 Kranji to prove a point, and we think they've succeeded. Even in wet conditions, the Swift felt extremely nippy and nimble, egging us on to take corners with verve and to explore the limits of grip with kart-like handling.

However, with a car as light as the Swift, the rear tended to step out and slide when braking under cornering, although that could be easily corrected.

An acceleration and braking test also allowed us to experience the Suzuki's straight-line performance. Despite the brisk-but-not-quick century sprint timing of 9.1 seconds, the Swift Sport felt faster than what the figures on paper would suggest, and the brakes withstood consecutive rounds of repeated abuse by various journalists.

How much does it cost? 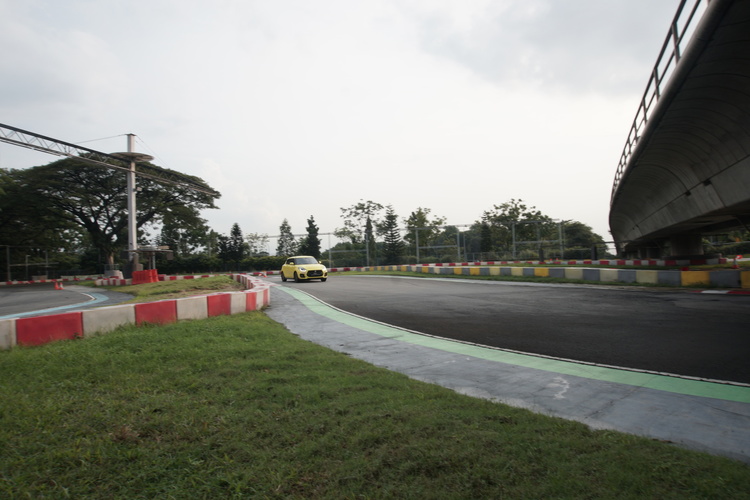 The new Swift Sport is available at an introductory price of $109,900 (valid till 5 May 2021). New owners of the Suzuki Swift Sport will also receive a complimentary upgrade to Motul H-Tech 100plus OW-20 engine oil for the first year of servicing.