Tesla Is Back In Singapore; Priced from $112,845 Without COE

American electric-car maker Tesla is making a comeback onto our shores. It has received the green light to start selling its electric cars in Singapore, with prices officially stated on their website.

According to their website, Tesla's car prices will be starting from S$112,845 excluding COE for the Model 3 Standard Range, while the Model 3 Performance is listed at S$154,815 excluding COE. The Electric Vehicle (EV) scene in Singapore will soon be heating up with Tesla making an official entry once again. 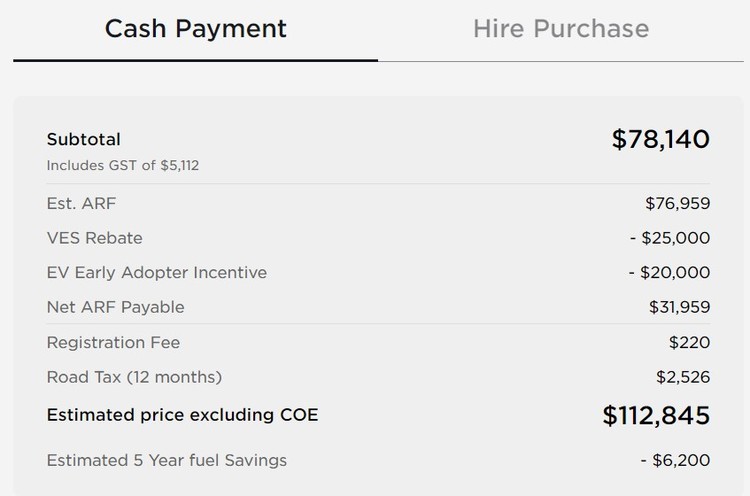 The Model 3 Standard Range achieves a top speed of 225km/h, goes from 0-100km/h in 5.6 seconds, and has a range of 448km. The Performance variant is capable of covering a longer range of 567km, has a top speed of 261km/h, and finishes the century sprint in just 3.3 seconds. 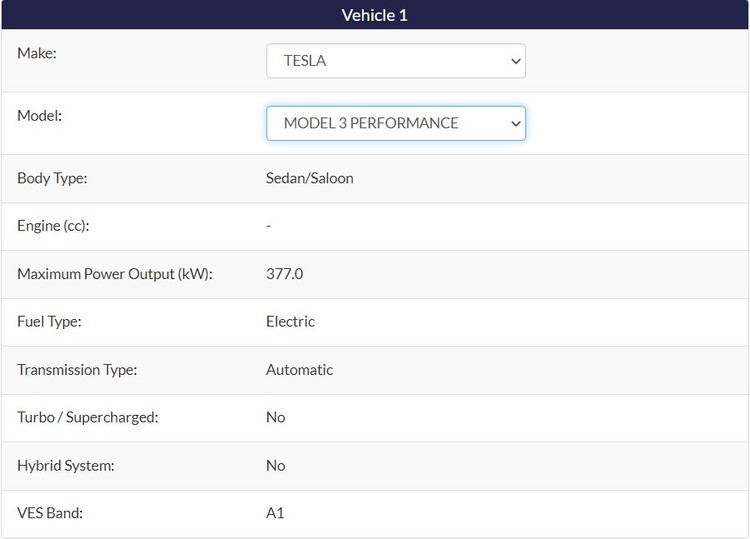 It also shows that both variants of the Tesla Model 3 were given the A1 Vehicular Emission Scheme (VES) Banding, this means that you'll enjoy a S$25,000 rebate. Together with an additional rebate of up to S$20,000, thanks to the Electric Vehicle Early Adoption Incentive scheme. 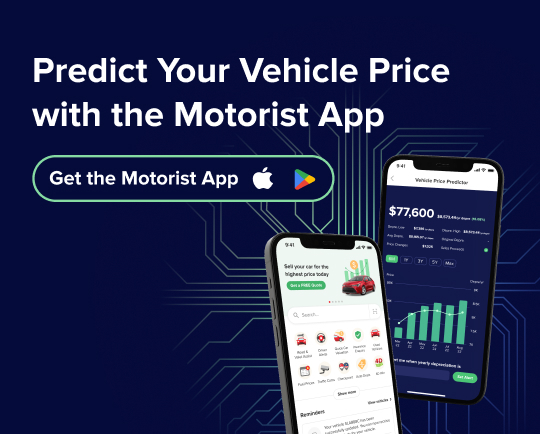 Tesla Has Finally Made It To Singapore 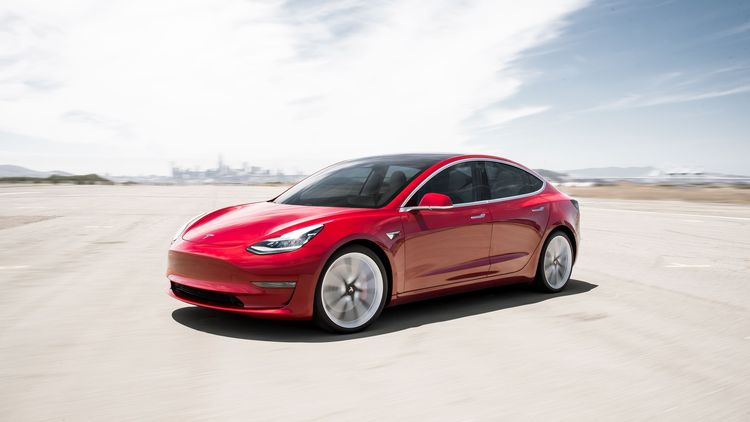 The story of Tesla making an entrance into Singapore was a rocky one. The company first set up shop here in mid-2010 but left in early 2011 because it failed to secure green tax breaks.

In March 2016, Tesla tried to make a comeback again, but it ran into some issues. The first Tesla Model S owner in Singapore was charged with a S$15,000 fine after LTA determined that the car was polluting more than a gasoline car of similar size.

It was then followed up by a controversial tweet by Elon Musk, who declared that the Singapore Government identified Tesla as a "Lifestyle" product rather than promoting climate change.

Since early 2020, our Government has been more welcoming of electric vehicles. By introducing attractive electric vehicle ownership incentive schemes, and setting up more electric charging points in Singapore.

According to statistics, electric cars took up 0.2 per cent of the vehicle population in Singapore. Out of 1,217 electric vehicles, 41 are Tesla cars running on our roads as at end-2020. All current Teslas are parallel imported.


Question is, will Tesla emerge stronger among its EV rivals in Singapore? Well, we are definitely excited to find out once it reaches onto our shores! Share your views in the comments below. Edmund
How much will it cost to have a charging point in a landed home?
Like Reply Joshua Jimmy Tan
How do you charge the car? You need to install a charger at home? Any license or requirements? How about charging points?
Like Reply