The New MINI Countryman is Finally in Singapore, Starts from $161,888 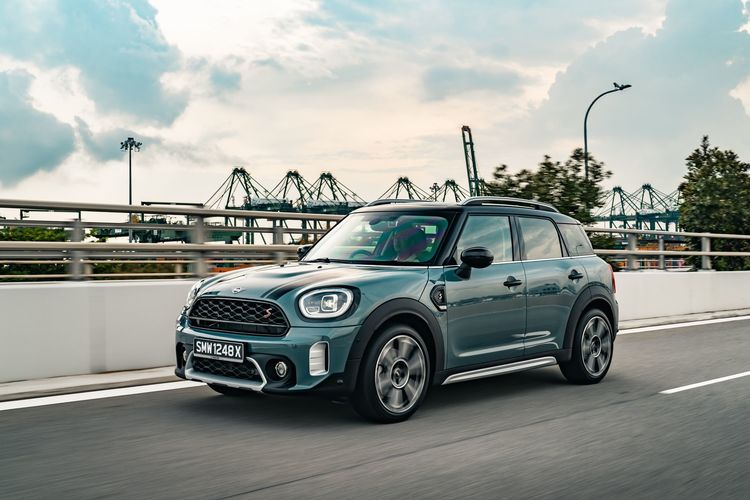 The newly launched MINI Countryman is an all-rounder. As the most versatile member of the MINI model family, prices start at $161,888 for the Cooper variant, while the Cooper S is priced at $180,888.

Announced earlier this week by MINI Asia and Eurokars Habitat, the new MINI Countryman comes with a new refined design, along with several attractive additions and technology, to make this the most robust and well-rounded vehicle in the brand's lineup.

Here's everything you need to know about the new MINI Countryman, which, FYI, comes in two variants. 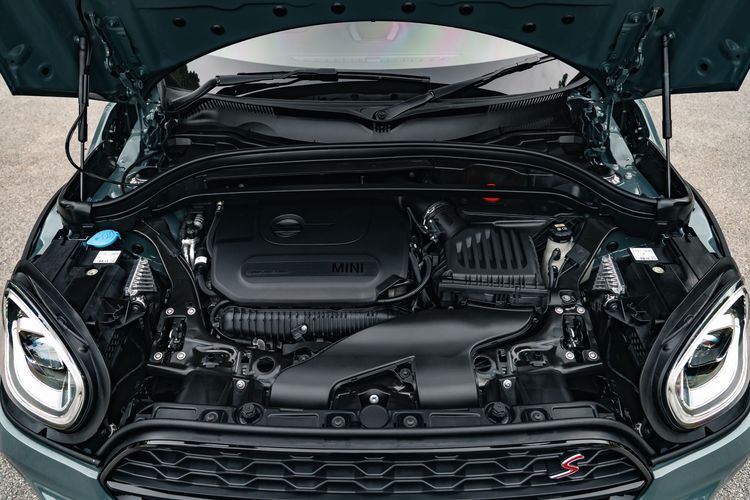 The MINI Countryman comes with two engine configurations. The much higher-powered Cooper S gets a 2.0l 4-cylinder petrol engine, belts out 178 hp and 280nm of torque, and is able to complete the century sprint in just 7.4 seconds.

On the other hand, the regular Cooper comes with a milder 1.5l 3-cylinder petrol engine, churns out 136 hp and 220nm of torque, and can take this car from a standstill to 100km/h in 9.7 seconds.

Both are mated to a 7-speed Steptronic double-clutch transmission, but the Cooper S gets a sportier tuned-up. MINI claims it helps with better shifting dynamics and rapid speed changes.

MINI has also set its bar up high to meet the stringent Euro 6d emission standard. Particulate filters were installed in the engines to compliment the CO2 emission levels, which means you will get a greener and more economical driving experience. 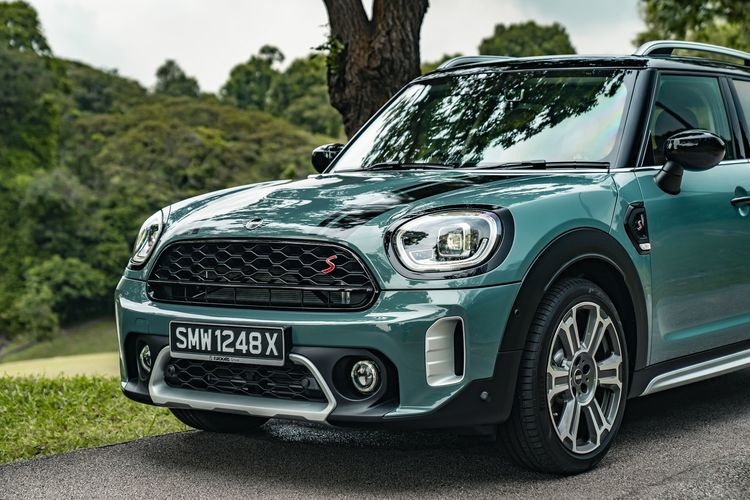 Boasting a visually appealing exterior from all angles, the grille is now much wider and bolder than its predecessor.

The brand also generously standardised the LED headlights and fog lights, making the car more recognisable at the front.

Similar to its smaller MINI models, the rear gained the distinctive Union Jack tail lights, which is a nod to its British roots. 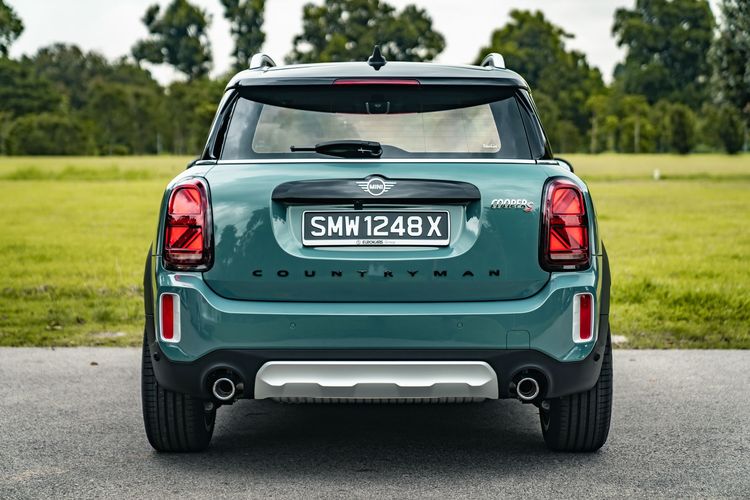 Two new paint options were also added to the list: White Silver metallic and Sage Green metallic. Buyers will also be able to add optional colours to their roof and mirror caps. They come in black, white or silver to complement the Countryman’s robustness. 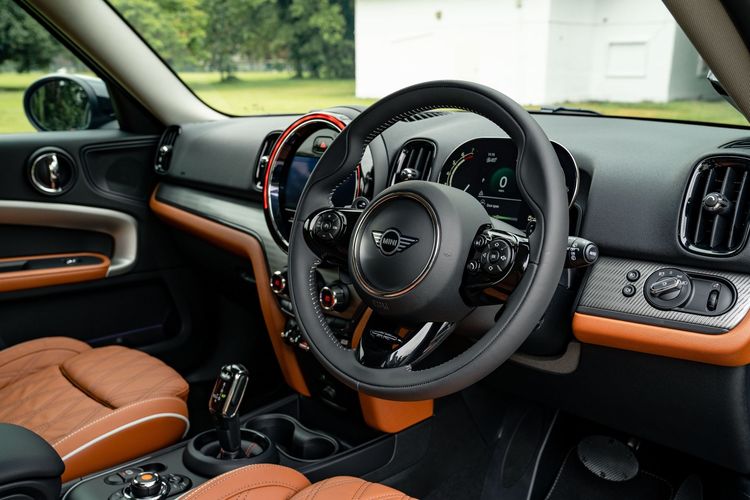 Being in the crossover utility segment, the Countryman features ample space for a versatile interior.

When the rear seats are not in use, the Countryman offers up to 1,390 litres of storage space, which is more than suitable for transporting bulky items, or your Christmas presents during this festive season. 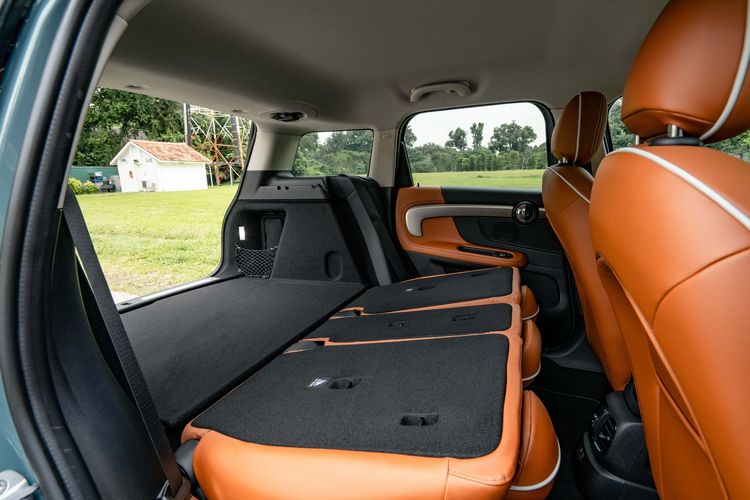 MINI has also made its interior livelier by adding Chester Indigo Blue and Chester Malt Brown to its list of seat upholstery options.

In addition, the Colour Line for the lower section of the instrument panel and door trim, previously available as a single option, can now be matched to the relevant colour scheme. 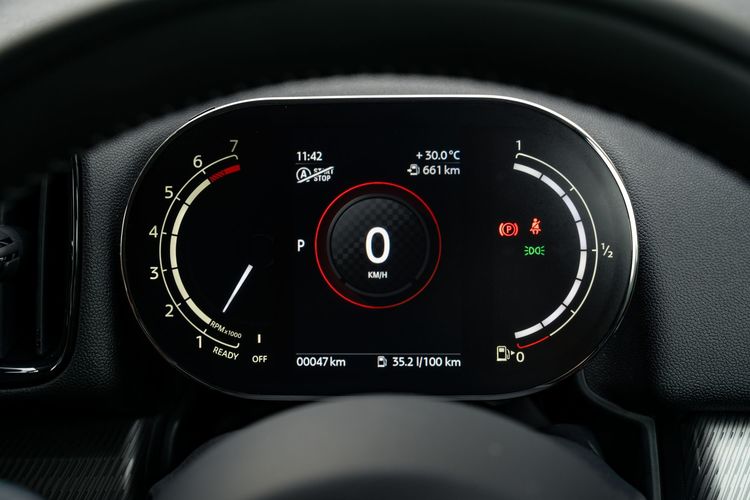 The driver’s cockpit received a makeover with a new 5-inch digital display (first introduced in the MINI ELECTRIC), replacing the old analogue dials.

An 8.8-inch infotainment touchscreen display also dominates the center console. You will also get wireless charging for compatible mobile phones and a second USB socket. 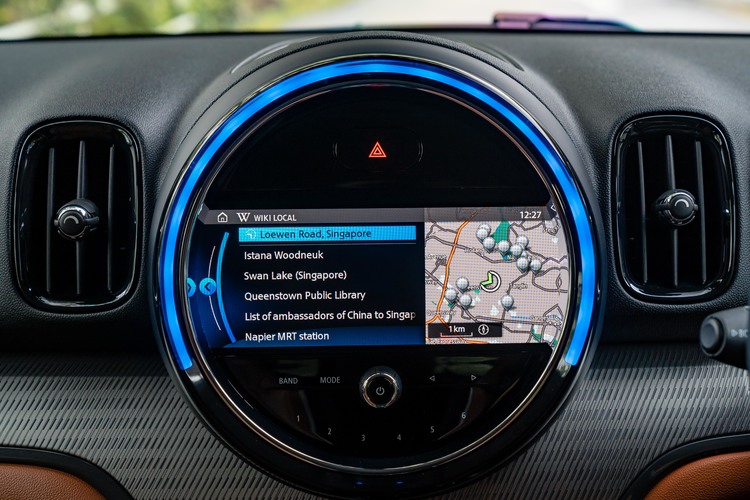 The MINI Countryman is also equipped with a 4G LTE connectivity module, allowing you to use the Intelligent Emergency Call system.

It is capable of automatically detecting the location of your vehicle and accident severity. Drivers also have access to the MINI Connected digital services. 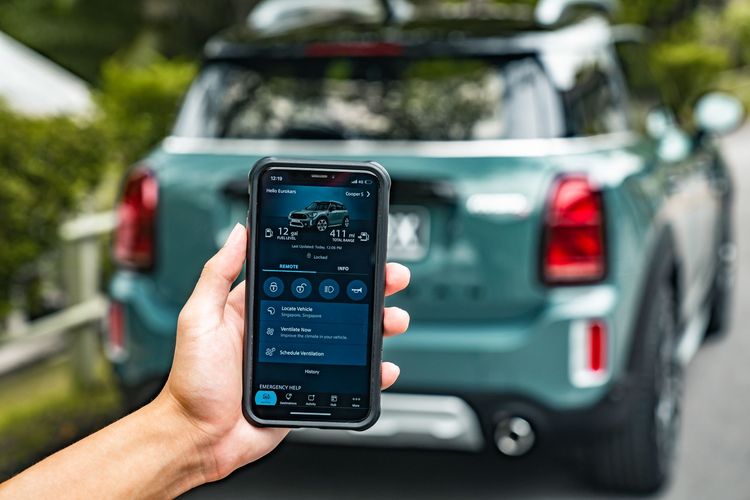 In conclusion, the MINI Countryman is ready to push the boundaries with its refreshed styling and technology enhancements.

We are definitely excited for it and we certainly hope for the opportunity to get behind the wheel to give it a proper test drive and review.

*All prices are accurate at press time

Read More: The All-New Lexus IS Has Arrived In Singapore, Prices Start From S$198,800