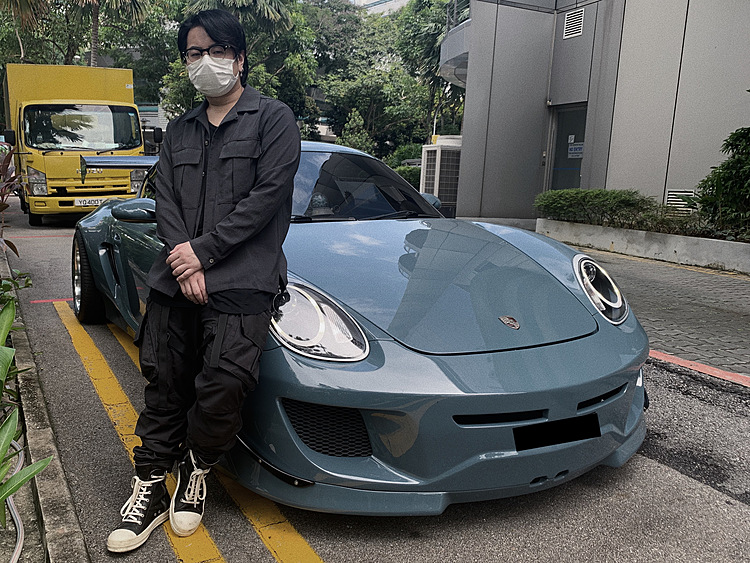 Royce Tan (@supersalami_) s no stranger to luxury sports cars. Currently the owner of a Porsche Cayman 987, he kindly shared his experience with car modifications in Singapore.

Currently, he’s working at an interior design company, and handles their marketing and digital needs. If you take a look at his Instagram account, which you likely will by the end of this interview, you’ll see that he definitely has a keen eye for design and aesthetics.

Let’s hop in the passenger seat for this exclusive ride with Royce.

How many cars have you owned? Which was your favourite? 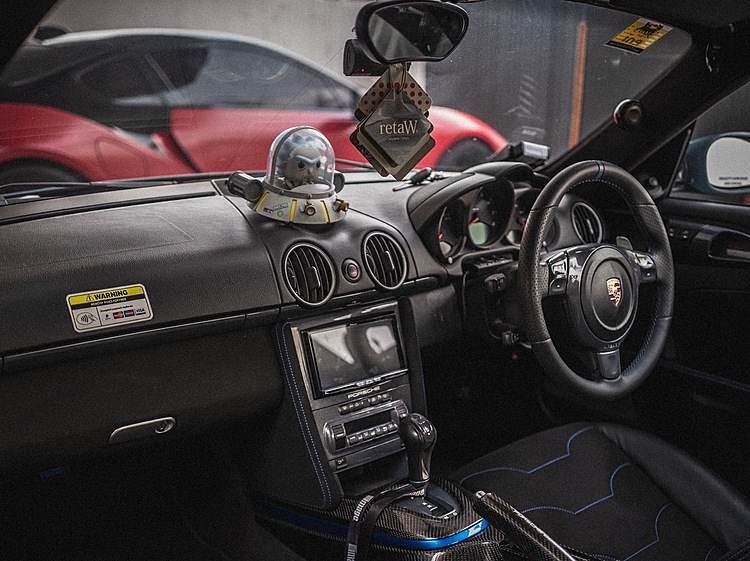 I’ve owned 2 cars. Before this, I drove a Volkswagen Scirocco. It's hard for me to pick a favourite, they both mark different milestones in my life.

Any interesting stories to share about driving a Porsche?

People constantly take pictures of my car as they drive by. Drivers also tend to give way on the road too. One guy even drove past with his phone by the window. It could be because of my mods as it’s definitely different when you drive a car that’s built to be impressionable. People have also tailed me to carparks just to strike a conversation on my car.

You’ve only driven your Porsche Cayman 987 for two years. Do you regret buying it?

I don’t regret getting my Porsche. It was a time in my life where I was doing quite well for myself, I wanted a material possession to show off. It was fun while it lasted.

What modifications have you done? 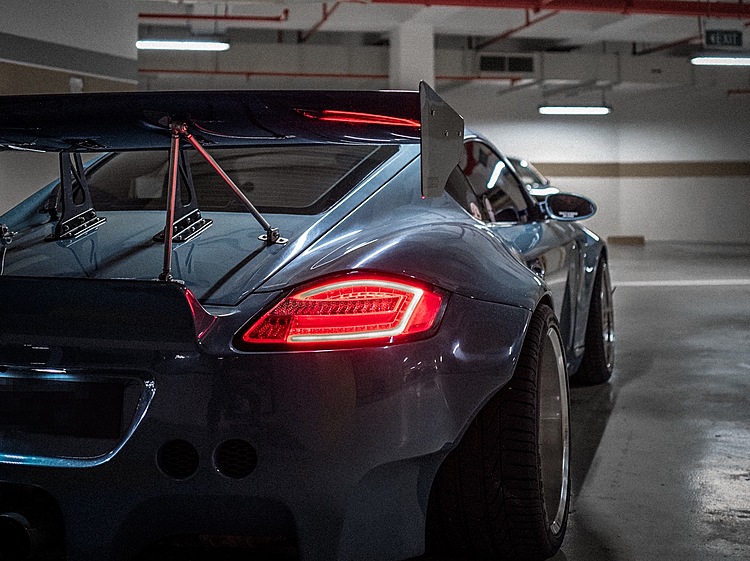 The mods I’ve done to the Porsche is mostly for aesthetic purposes – to park it there to look sick! To my recollection, here are some of the mods that I have done:

The list goes on and on. Other than aesthetic mods, I did do some work on the internals of the car but it was mostly repair and maintenance. There were wears & tears as well, since it was an old car. The Singapore environment doesn’t help either.

Your mods are sick! Do you mind telling us how much you have spent on your car?

I have spent more than $20k on the exterior modifications, and another $20k to $30k on repairing, maintaining and servicing all the wears and tears. It was super expensive. I had to replace the damn rubber strips too. I tried buying Original Equipment Manufacturer (OEM) parts online myself but they never fit or worked out. Can you give any advice for modifying cars in Singapore?

Honestly, modifying cars in Singapore is very tough. On top of that, cars are getting more tamper-proof. Even if you buy your own parts, installing them is another issue. Not many people will know how to install them and if they do, they’ll most likely charge crazy prices.

My advice is to please reconsider if you want to modify your car for fun or just for show. Unless you have a big budget, you’re going to be spending a lot of money on these modifications.

Modifying will be more practical on older cars but even then, the climate in Singapore is quite harsh and will probably rust the car or damage its body. Car modifications are really not ideal in Singapore.

Before the blue paint, you had a livery. Why did you switch it out? 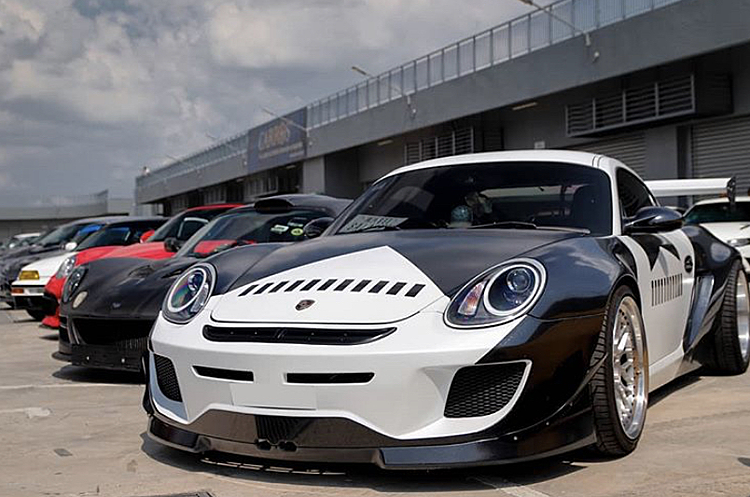 
The livery was amazing. It was inspired by how Porsche used to be sponsored by Marlboro. I removed it because I got sick of it. After all the intense modifications, it was too much for me.

The guy was supposed to cut the livery out first and paste it on the car after, but he did the opposite. He ended up scratching the paint underneath because he cut too deep. It was messed up. I had to respray the car before I turned it to the colour it is now.

Did you have any difficulty driving around in a wide body kit? 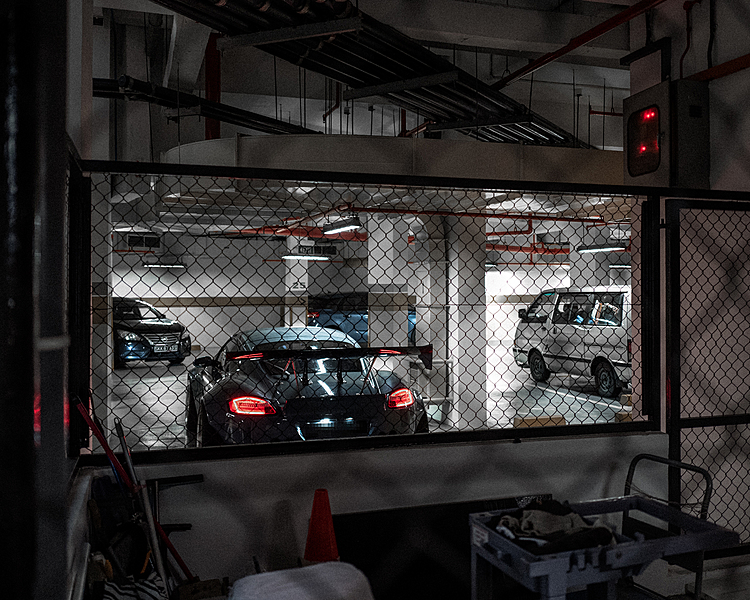 Yes, of course. My Porsche can’t fit into your typical HDB lot as it’s slightly wider. With this car, parking is a bit tough because of the body kit. As I mentioned, I intended for it to be more of a show car than a practical one.

It seems like you’re an avid car enthusiast. What do you think of the car community in Singapore? 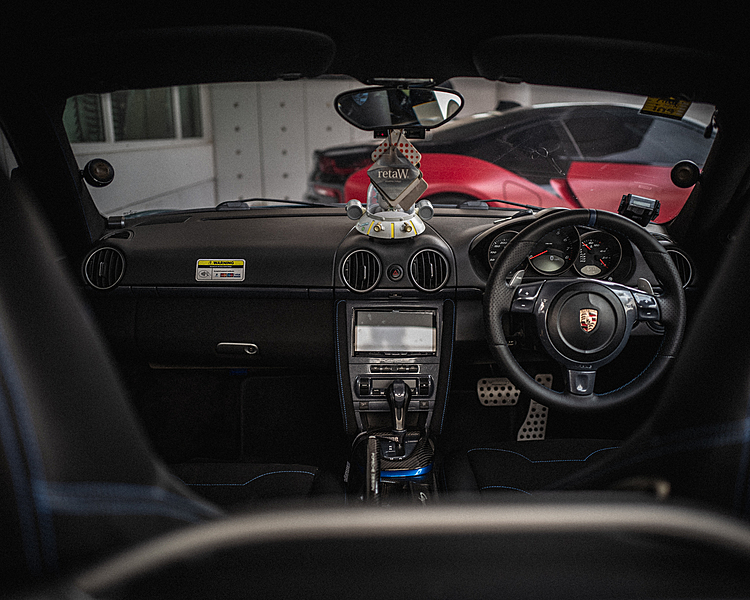 Car communities are quite closed off, in my opinion. This makes it harder to get reliable information and trust people in this industry. When I was modifying my Porsche, I went to different workshops just to leverage the quality of their services and prices, in case I was getting ripped off.

What are your thoughts on people calling your car “ruined”?

I know Porsche purists view my car as ruined. If you modify anything on the car, it’s considered ruined to them. For example, if you change the tyres from what Porsche initially specified it with, they would consider you to have ruined it.

“If Porsche made this, it’s meant to be, don’t touch it”, is what they’ll say. The main reason I even bought the Porsche Cayman 987 was because of the Rocket Bunny Pandem body kit. I envisioned my car in that kit and every other mod just followed.

We understand that you are trying to sell it. Why though?

I'm a little older now and my taste has changed. I prefer something with four seats and hopefully four doors, something more comfortable to cruise and commute to work in. 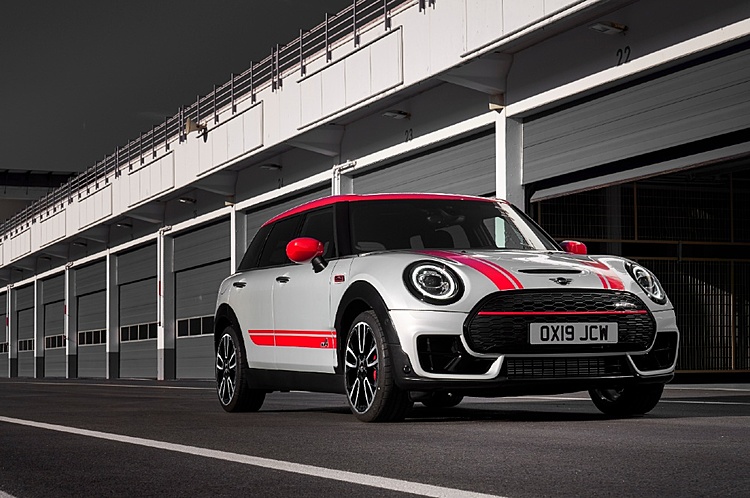 I'm really going crazy over the Mini Clubman JCW. I want to get a simple but fast car. After modifying and maintaining the Porsche, I’m looking for a nice, clean car straight from the factory, that’s it. I’m hoping to snatch the 2021 model with the digital dashboard.

What should the next owner of your Porsche take note of? 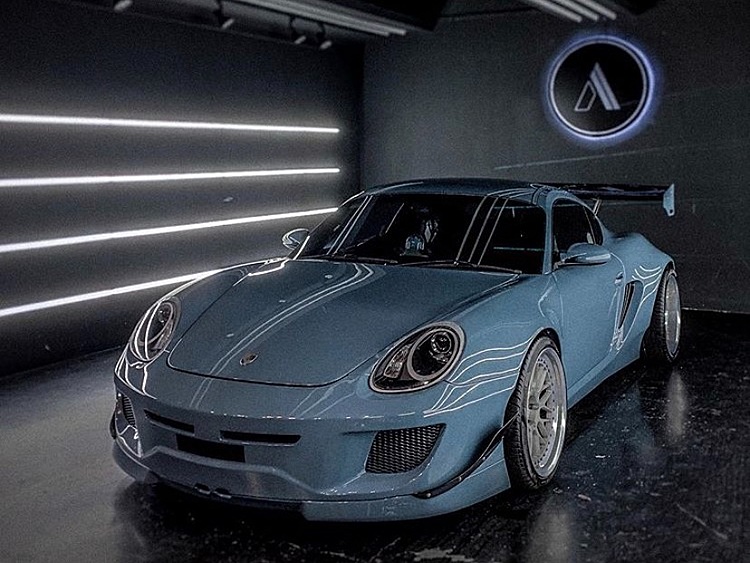 Just know what your limits are. When you’re young and get a new car, you’ll want to test your limits. There was once where I tested mine and I started skidding. My life flashed before my eyes. Whatever you do, just make sure it’s safe for driving. It’s better that you don’t play.

What would you like to say to the next owner of your Porsche?

I just hope the new owner will take as much pride and care of the car. In Singapore, we have a tendency of always thinking more is more, but sometimes less is more. For example, I have a crazy body kit, with an even crazier GT wing.

If I had my car in a striking and bold shout-in-your-face colour, it would’ve been too much. That's why I had to strike the balance with a muted simple colour. But to each their own, beauty is in the eye of the beholder.