Inconsiderate Drivers of the Week: Episode 65 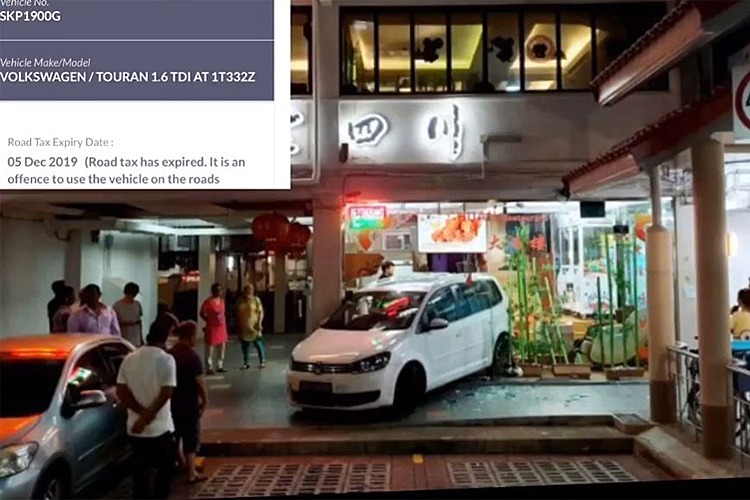 In this episode of Inconsiderate Drivers of the Week, we feature a drunk driver, a hit-and-run, and even more reckless driving.

If you collide with another vehicle on the road, the considerate thing to do is to exit your vehicle and help the other party, especially if they’re injured. It’s really rude to run away after a collision; you’re leaving the victim confused and hurt, as well as make the accident reporting process much harder for them.

The video above shows the camera bike waiting at a traffic junction. From the back view, we see a white BlueSG car drive forward before colliding with the camera bike. Switch to the front view and we see the bike falling on its side after the impact. A few seconds later, we see the BlueSG car driving quickly away from the scene, leaving the biker there without any help.

We hope that other motorists on the road stopped to help the biker, and that he is not gravely injured.

2. White Car Doesn’t Wait for Road to Clear, Gets Side-swept by Bus

When making turns at junctions, we have to make sure that the coast is clear and that we have enough room to make the turn. We always have to look out for oncoming vehicles, especially those that are driving straight into the lane you’re turning into.

The action in the video occurs on the right, on the opposite side of the road. We see a white car making a right turn up ahead at the junction, but when it turns, it collides with a bus. The bus drags the car in front slightly, sending it up the curb and crashing into a tree.

While the driver of the white car should have waited just a little bit longer before making the turn, we really hope that he is not badly injured and that no passengers in the bus were injured either.

Drivers should always plan out their journeys well, and drive on the appropriate lanes, especially if the lane splits or merges. Changing lanes at the chevron area is extremely dangerous as it puts both you and your fellow motorists at risk of a collision.

The video above shows a camera bike riding along casually. About halfway through, we see on the leftmost lane, a black car emergency brakes, causing a white car behind it to e-brake as well. As the camera bike gets closer, we see the black Camry cut in front of it, crossing over the chevron.

Thank goodness the biker was alert and managed to dodge the Camry in time; if not, an accident would’ve occurred. We hope the Camry driver stays more alert on the roads and not do something this dangerous again in the future.

This story actually made headlines in Stomp and went viral quickly. In the midnight hour of January 31st, a woman crashed her car into a Chinese restaurant. The CCTV footage above shows a GrabFood delivery man waiting for his order when he suddenly stands up and looks out the window. We assume he must have heard a loud noise.

This quick action of his saved his life. He quickly rushes out of the way just as a white Volkswagen Touran rear-ends through the restaurant window. We see that the driver-side doors of the car are badly damaged.

Pictures shown after the CCTV footage depict several people and policemen crowding around the car and the damage. According to Stomp’s article, the driver was a 46-year-old female driver who was driving after drinking. Also, her road tax had expired, meaning she was not allowed to drive on the roads.

The driver has subsequently been arrested. We hope that the GrabFood delivery man and any others aren't injured.

Driving on the road means that there’s a risk that you may crash into someone or someone might crash into you. It’s a risk that all drivers are willing to take, but there are some drivers that don’t really care about this risk and drive around recklessly.

The video above shows the camera car waiting patiently at a traffic junction as some vehicles make their right turns. As the bus turns, the lights behind him turn green and a biker proceeds to drive off. Just then, a lorry makes his turn, almost colliding with the biker. Good thing the biker was alert and avoided it.

Later on in the video, we see the bike turning left, crossing over a pedestrian crossing. He doesn’t notice a couple walking across the road, but the camera car driver does and honks, alerting both the couple and the biker, who stops just in time.

We’d like to commend the camera car driver for his alertness and his small act of honking that saved the pedestrians’ lives.