Inconsiderate Drivers of the Week: Episode 63 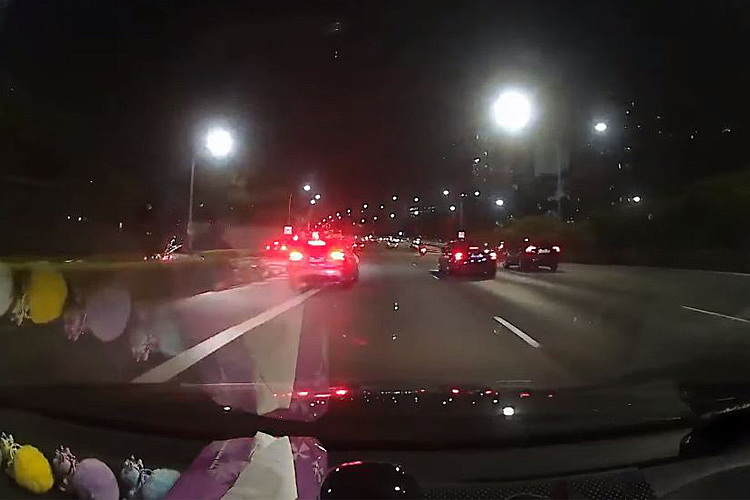 In this episode of Inconsiderate Drivers of the Week, we feature “race cars”, distracted drivers and a hit-and-run at a red light.


There are times when motorists are rushing to get someplace. Perhaps we’re late for work or there was an emergency somewhere. Point is, sometimes we’ll speed up on the roads to reach our destination fast. This doesn’t mean we’re in a street race though.

The video above shows a black Mercedes speeding and switching lanes recklessly, barely missing another car in the second lane. With that speed, he could’ve caused some serious damage if there were a collision.

Later on in the video, we see footage of the same Mercedes cutting queue just a few weeks earlier. The black car waits for the right opportunity and cuts in front of the camera car. This is both rude and dangerous, and we hope that other drivers don’t exude this kind of behaviour.


It’s essential that every driver pays attention to the road, and keep in mind how to get to their destination. Even with the use of a Global Positioning System (GPS), we should continue to stay alert and turn where we’re supposed to turn.

In this video, a Hyundai is seen turning left, but realizing he went the wrong way, stops and U-turns. He then proceeds to drive into the lane straight ahead, cutting in front of the camera car, almost colliding with him. Luckily, the camera car was alert and stopped in time.

3. Lorry Rear-Ends a Honda Then Beats Red Light to Run Away


A hit-and-run is an offence. Beating a red light is also an offence. What happens when you do both at the same time? The larger the number of offences committed, the higher the charges.

This video shows an Asia Ocean Pacific lorry speeding past the camera car. Due to the high speed, the lorry was unable to stop in time at the junction and ended up rear-ending a stationary Honda. He then stops for a while, takes into account what he just did, then turns out and drives straight ahead, blatantly running the red light.

We hope the driver and any passenger(s) in the Honda are okay, and we’re sorry their Christmas ended up in disaster. Also, with the lorry driving away after the accident, this qualifies as a hit-and-run.

Asia Ocean Pacific has posted an apology on their Facebook page regarding the accident. According to TODAY newspaper, an investigation on this accident is undergo.

4. Toyota Turns Against Traffic to Get to Petrol Station


There are times when our destination is located near the opposite lane, and it can be infuriating to drive further in front just to make a U-turn. But does this mean we can drive against traffic to get to our destination?

The above video shows a white Toyota waiting at a divider, where he can either turn right or make a U-turn. However, the Toyota waits till traffic flow dies down then drives into the opposite direction, turning into the petrol station.

This is really reckless behaviour, and could’ve endangered many motorists if the traffic flow was heavy.


5. Two Cars Engage in Race on the Expressway


Singapore is an over-populated country, so that means there will be many cars on the road. It is not a place for racing. If you would like to participate in a race, there are places where you can do that; the expressway is not one of them.

The video above shows two extremely dangerous drivers competing against each other to see who is the fastest. They speed past the camera car, and you can hear their engines revving when they zoom past. The car on the left drove so fast he lifted off the road for a second.

Not only this, but the left car also overran the chevron, and sent a spray of water behind him. Keep in mind that it was raining. As soon as both cars drive past the camera car, they’re immediately gone. This just shows how fast they were driving.

We really hope no one got hurt by the drivers’ reckless behaviour, and that the drivers realize how dangerous their driving is. We don’t know the whole story of why they were speeding, but if was just for the adrenaline rush, then they could very well be considered inconsiderate drivers.