Inconsiderate Drivers of the Week: Episode 53 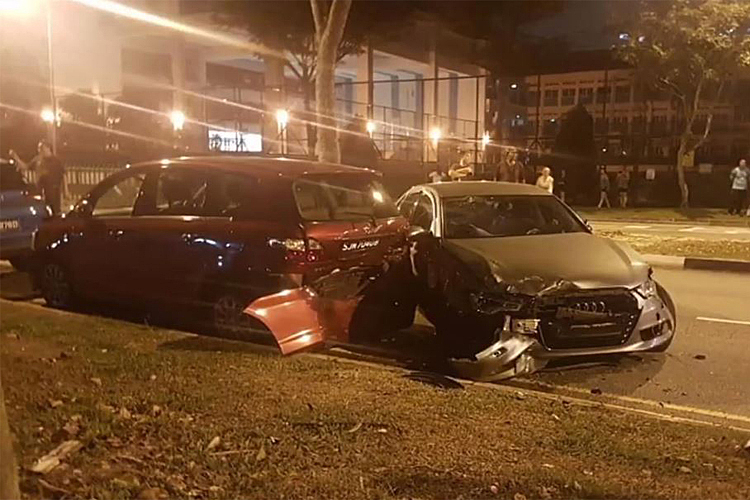 In this episode of Inconsiderate Drivers of the Week, we feature the dangers of tailgating and blind spots, as well as a massive hit-and-run.

For those who don’t know, BlueSG is actually an electric carsharing service based in Singapore. But that doesn’t give the driver any excuse to be reckless.


As seen in the video, the BlueSG car seems to be travelling at a really fast speed on the Pan-Island Expressway (PIE) on the rightmost lane. There are already multiple cars on the lane, driving at slower speeds. The BlueSG car can’t slow down in time and collides into the black car in front of him.

Due to the impact, the BlueSG car bounces off and hits the grey car in the next lane, causing it to swerve in front of the electric car and stop it. However, this causes the white car in front of them to get hit as well.


Tailgating is a really dangerous thing that so many drivers engage in. Sometimes when you’re behind the wheel, you can’t see how much road space there is in front of you, but you would definitely know if you’re too close to a vehicle.


In this video, a Seat is seen driving behind the camera car, tailgating him. When the camera car slows down and comes to a stop, the Seat driver doesn’t have enough time to react and rear ends the camera car.

The Seat’s hood pops up and smoke is seen wafting out. Overall, the damage looks really bad. It is unknown the extent of damage to the camera car.

We are all well aware that large vehicles have blind spots where they can’t see other vehicles or pedestrians below them, which is very dangerous.


This video shows the camera car waiting to turn right, with the van patiently waiting behind him. About halfway into the video, the motorcycle and truck appear, and in that split second, the truck hits the motorcycle, sending the cyclist flying.

This also causes the truck to swerve right slightly, knocking into the waiting van beside it.

There’s word that a 19-year-old woman was taken to hospital following the accident, and it seems that she was the driver of the motorcycle. We send her our wishes for a speedy recovery.

4. Car Knocked by Truck While it was Switching Lanes

Again, we are reiterating the subject of blind spots. Truck drivers should be more mindful of vehicles below them so as to not cause any bad accidents.

This video shows the truck beginning to switch lanes. When it does, it hits the back of a blue car driving in the next lane. The impact causes the car to swerve in front of the truck. It’s unclear what happened to the car after the collision, as the camera car had already driven past.

We hope that the accident wasn’t too big and that the swerving of the car in front of the truck didn’t result in any injuries to the driver.

This entire scenario is one that is difficult to unpack, as the video only shows the aftermath of the accident, and not how it happened. According to the description on SGRV’s Facebook page, it appears a silver Audi was the cause of the accident.


Firstly, we shall establish that all the parked cars were parking on double yellow lines, which equates to illegal parking.

Next, we see a red car beside the Audi, whose rear is badly damaged and the bumper is falling off. The camera then moves on to another red car, whose front tire is lying on the ground, completely detached from its body. It’s also half stuck on the curb.

As the video progresses, we see skid marks from the Audi and a pretty big traffic jam resulting from the accident.

We then see yet another red car which doesn’t seem too damaged, but behind it is a black car that is badly damaged on the right side of the rear. The tire has also popped out.

It was reported that the driver of the Audi had turned tail and ran away from the scene, making this a literal hit-and-run. Police investigations are now ongoing, according to ROADS.sg, and thankfully no injuries were reported.