Inconsiderate Drivers of the Week: Episode 51 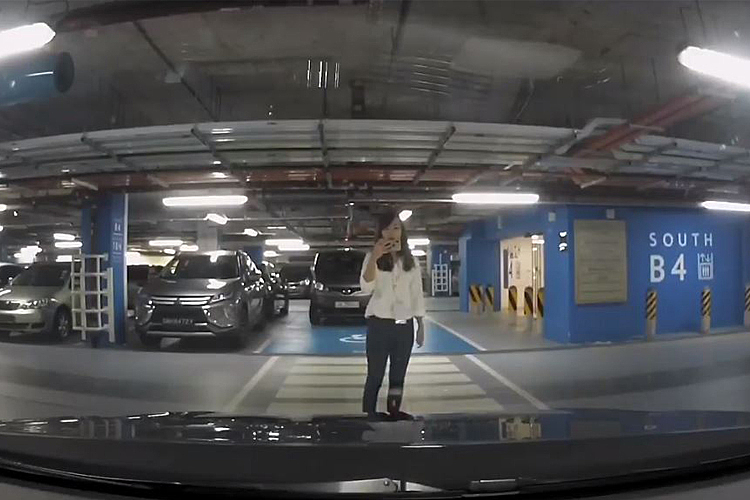 In this episode of Inconsiderate Drivers of the Week, we feature bad parking and a few crashes. One even involves a police car!

It still makes us wonder why so many drivers like to beat red lights. The above video was taken at 3:41am. How much traffic is there around that timing that the driver still feels the need to run a red light? As a result, an accident occurred.

In the video above, once the camera car turns out onto the road, a white Porsche comes speeding down, attempting to run the red light. The Porsche swerves and this causes it to crash into the cab, taking out the front of the cab with a heavy impact. The Porsche then skids and drives to a stop further in front.

The Porsche driver then emerges from his car to look back at the accident. The cab seemed really badly damaged in the front by the impact, but we hope that the taxi driver isn’t injured.


Another accident from changing lanes. Are drivers incapable of waiting a while to turn safely and not always demand the right-of-way? This kind of reckless behaviour endangers themselves as well as others; not to mention the cost of the damage!

Although this accident didn’t result in major damage or casualties, it is still vital for drivers to obey traffic laws and be sure to look out for vehicles around them in order to avoid accidents.

3. Police Car and Black Vehicle Don’t Give Way to Each Other, Resulting in Crash


Not even police vehicles are safe from accidents on the roads. Even though they enforce the law, police officers aren’t exempt from obeying traffic laws. Every single driver on the roads should be aware and alert and remember everything they’ve learnt from their drivers’ test days, even those of higher authority.

While this camera’s footage is a bit unnerving, you can see the police car trying to turn into the right lane. But at the same time, a black car is driving down that same lane. As the camera used to record this footage belongs to a lorry, the black car was driving in the lorry’s blind spot, also blocked from the police car.

The police car then advances forward as the black car does, but luckily both stopped in time. However, as both vehicles reverse, neither driver gives way to each other, resulting in the two cars crashing. Next time, perhaps a simple hand signal from the drivers would be useful.


Not all ‘switching lane’ accidents are caused by drivers not signalling, as some definitely do occur even when traffic rules are obeyed. But how are they caused? By drivers not checking to see if the roads are clear before they switch.

In the video above, the red Mitsubishi Attrage decides to switch lanes, with his signal on, but ends up crashing into a motorcyclist also driving into that same lane. The motorcyclist then loses control of his vehicle, falling onto the ground. Luckily, the camera car stopped in time.

It looks like the motorcyclist had a really hard fall too, as he was struggling just to get up. Thank goodness a nice uncle came by to help the driver, signalling to nearby traffic to move away from the scene. Another man also came up to help. Let’s hope the motorcyclist didn’t suffer major injuries. On the other hand, the Mitsubishi Attrage drove off after the accident, making this a hit-and-run.


You may have heard about this incident as it was trending on Stomp. After all, a driver with bad parking skills is just as inconsiderate as reckless drivers. The video above took place in the Marina Bay Sands (MBS) carpark, but contents of the video could be confusing to some. Let’s break it down shall we?


At the start of the video, we see a blue Mazda attempting to park in the slot beside the camera car. She seems to be having a little trouble with it, which causes her to lose her temper. Convinced that the camera car, a Volvo, is at fault for the “bad parking”, the female driver of the Mazda emerges from her car and starts snapping pictures of the Volvo.

After making a walk around the camera car, the lady driver leaves a handwritten note under the windshield wiper. The note reads,

“I think you need to learn how to park properly especially when the parking lots here are extremely limited. I had to get out from the other side. Thanks!”

The ironic thing is that this female driver was mad at someone for not parking properly, when they were, while she parked in a spot that isn’t even a designated parking lot! Drivers, please be mindful of your surroundings and road knowledge before you go around accusing others. You don’t want to end up on Stomp, do you?