Inconsiderate Drivers of the Week: Episode 47 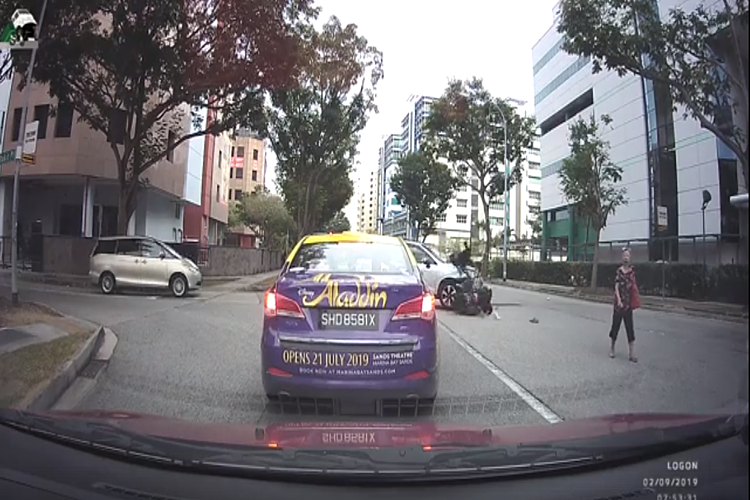 In this episode of Inconsiderate Drivers of the Week, we feature drivers turning without checking for approaching traffic and a motorcyclist driving against the traffic flow.

As motorists sharing a public space, we have to ensure that we are considerate towards each other. Practicing common courtesies goes a long way in ensuring our own drive is much more of a pleasant one. Not adhering to common traffic etiquette can increase the likelihood of conflicts and accidents on the road.

In the video above, the motorcyclist heads down the road until he almost collides into a lorry driver that had opened the door of his vehicle. Thankfully, the motorcyclist was able to apply his brakes in time, avoiding what would have been a severe accident.

Before turning at a discretionary right turn junction, it is imperative to ensure there is no oncoming traffic first. Turning without checking for approaching traffic will increase the potential of accidents, that could have been avoided by just being more cautious. If there are large vehicles obstructing your view, it is best to wait before making the turn, or slow down.

In the footage above, the motorcyclist heads down the lane, riding past a lorry that had been blocking the view of the road. As a result, he collides into a silver car that had turned without checking for traffic. This therefore caused significant damage to be dealt to the bike of the motorcyclist.

For drivers of particularly large vehicles, it is important to take extra caution while on the road. Due to the size of the vehicle and narrow spaces of certain roads, a collision is almost inevitable if not enough caution and care is taken while driving.

Similarly with the previous video, when entering a lane, it is always important to check for oncoming traffic first. Not doing so may result in a collision or conflict on the road. It is better to be safer and avoid any possible collision at the risk of becoming a little late to your destination. Spending just a few seconds longer behind the stop line ensures that any fatalities are avoided.

In this video, a black Volkswagen Jetta is seen to cross the stop line to enter a lane, almost colliding into a passing motorcyclist. Fortunately both vehicles applied their brakes in time and a collision had been avoided.

Abiding by the rules of traffic safety is vital while on the road. Not doing so can endanger the lives of your fellow motorists as well as inconvenience other drivers on the road. For example, driving against the traffic flow can be dangerous, and increase the potential of accidents.

While in a residential district it is also important to slow down. You may be in a rush but getting into a car accident will be counterproductive to reaching your destination on time.

In the above video, a silver car enters into a lane. The motorcyclist driving against the flow of traffic crashes into the vehicle, causing a collision that has clearly resulted in injuries and significant damage to the motorcycle.