Inconsiderate Drivers of the Week: Episode 46 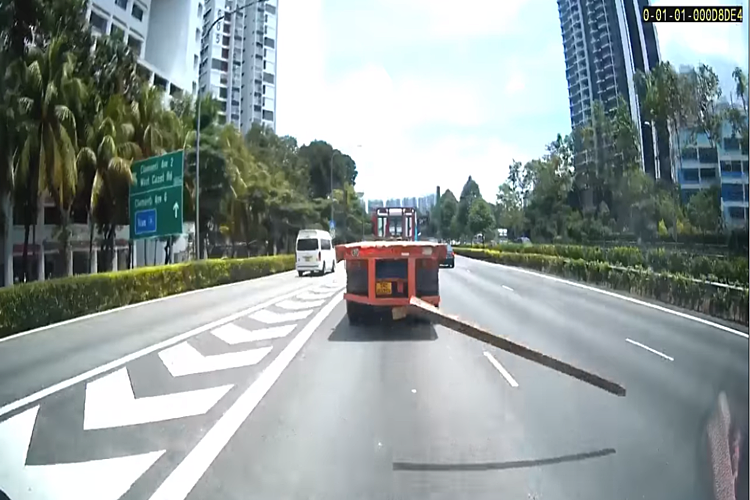 In this episode of Inconsiderate Drivers of the Week, we feature drivers merging lanes without checking for approaching traffic and beating the red light as well as pedestrians jaywalking

We should always adhere to traffic safety especially if it is the rush hour. The failure of doing so endangers the lives of our fellow motorists. Taking unnecessary risks while on the road can result in accidents occurring, especially if there’s a lot of traffic.

In the above footage, a white Toyota Prius is seen to change multiple lanes from the one on the far left to the one in front of the camera car. In the process it collides into a bike that had been speeding down the same lane as the camera car, resulting in the biker crashing into the blue car in front of it. The Toyota prius is seen to incur some damage as well.

When transporting bulky items, we should always ensure that everything is well secured and fastened properly. Unsecured items falling off the back of your vehicle onto the road can jeopardise the lives of your fellow motorists. This goes double for heavy items, which can fatally injure other motorists if not secured properly.

In the video above, a truck transporting heavy beams is seen to go down a lane. One of the beams which had been unsecured falls off the back of the truck, rolling towards the camera car at a high speed. Fortunately, the camera car had not been in the path of the wooden beam, avoiding a fatal collision.

3. Pedestrian Jaywalks And Almost Gets Knocked Down By Camera Car

In addition to motorists, pedestrians should also respect and adhere to the rules of road safety. Jaywalking is generally considered to be extremely dangerous and engaging in such an action can potentially harm your own life as well the lives of those around you.

In the footage above, the camera car is seen to head down the road. A pedestrian jaywalks by walking in between the two buses and as evident in the video, would have been knocked down by the camera car if the brakes had not been applied in time.

As the road is a public space, we should make the effort to be considerate to our fellow road users. Engaging in proper traffic etiquette and respecting the rules of traffic safety will go a long way in ensuring our own drive as well as others’ is as seamless as possible. The failure to do so can result in a number of occurrences from road rage to fatal accidents.

In the above video, the camera car is seen to go down the road when all of a sudden, a Mercedes from the right side of the camera car cuts in to overtake. Thankfully the camera car slowed down in time to avoid a collision.

When merging lanes, it is always important to check for oncoming traffic. Not doing so runs the risk of other motorists getting seriously injured. Even if the road looks generally empty, it is always better to be safe rather than sorry and check for approaching traffic.

In the above footage, the driver of the purple car is seen to merge lanes without checking his blind spot. This thus resulted in a collision with a passing motorcyclist.