Roads in Singapore to Avoid During the Peak Hour Rush 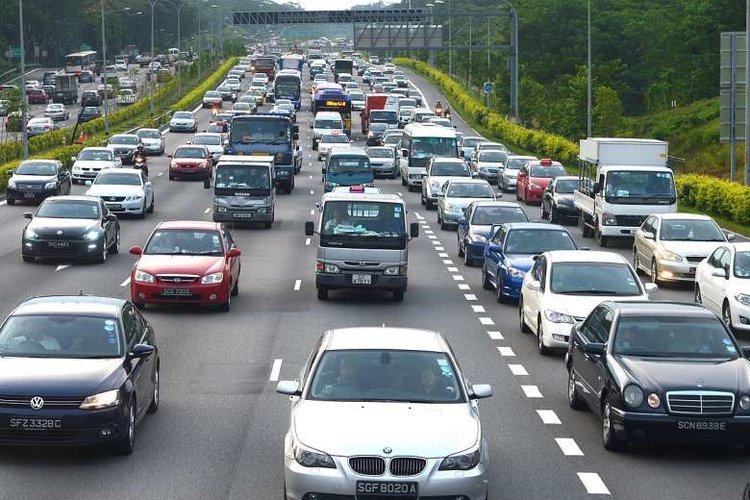 Traffic congestion in Singapore can lengthen your travelling time significantly and prevent you from reaching your destination in time. Hence, here are our top picks for roads you should avoid during the peak hour rush.

Although Singapore has improved in its ranking of the most congested cities, by dropping from 45th to 55th in a global index, Singapore still suffers from traffic congestion. There are a number of roads in Singapore that are plagued by slow moving, heavy traffic. According to the TomTom Traffic Index, the average travelling time for Singaporeans is extended by 20 minutes during the peak hour rush.

As commuters, we’re all well acquainted with the various pains of traffic congestion. Not reaching our destination late, increased stress from the delay and having our health affected are just a few of the negatives of being stuck in a traffic jam.

Hence, if you’d like to avoid traffic congestion during the peak hour rush, here’s our list of roads to avoid. 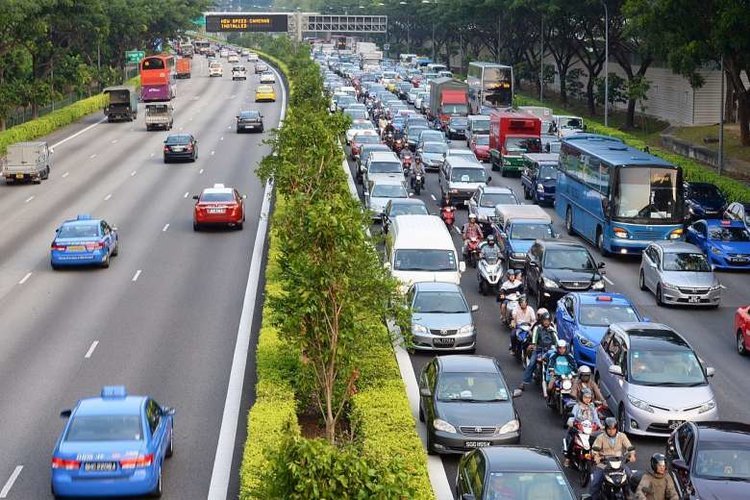 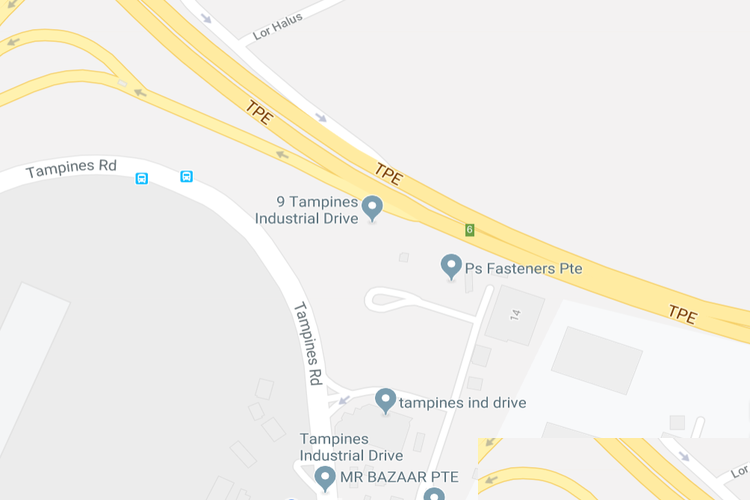 The Tampines Expressway, TPE for short, is a road frequented by many. Located in the north eastern side of Singapore, it is used by many as it connects to the Central Expressway (CTE) and the Seletar Expressway (SLE) as well.The implications of this is that during the peak hour, when a lot of motorists are on their way to work, the TPE ends up becoming congested as well.

The TPE expressway is almost famous for its traffic jams with some notably lasting from half an hour to 45 minutes. Often, accidents occurring as a result of the slow moving traffic can contribute even further to the congestion. 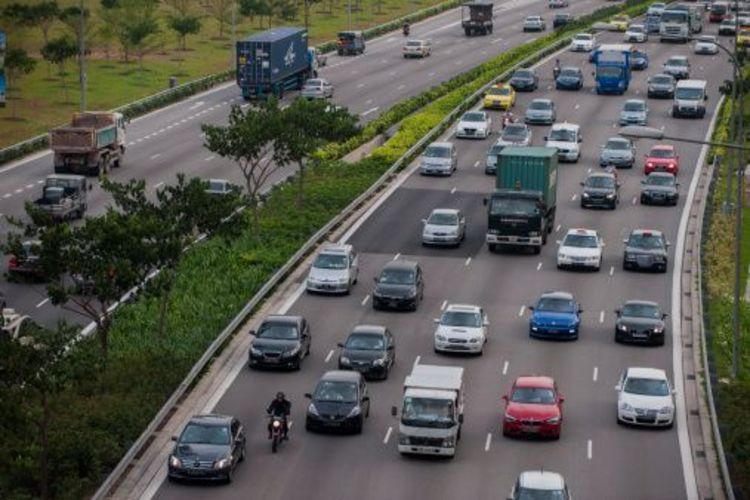 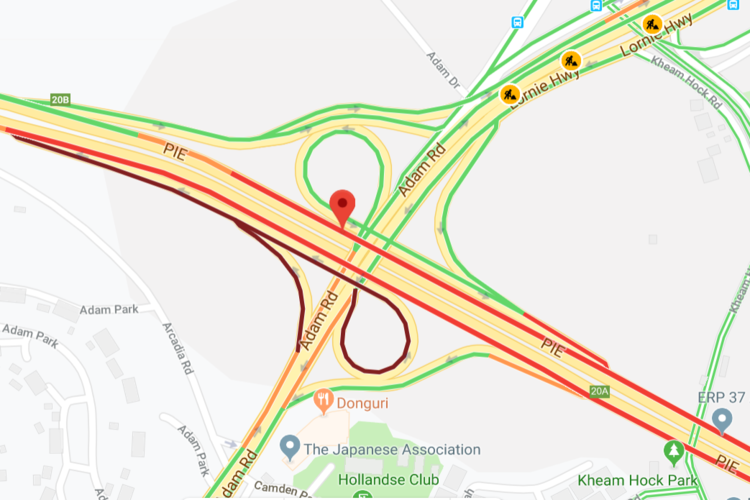 The Pan Island Expressway (PIE) is also renowned for its traffic jams during the peak hour rush. The PIE stretches from the west of Singapore all the way to the east, linking Tuas to Changi Airport. The longest expressway in the country, it connects well populated areas such as Jurong, Bukit Timah, Toa Payoh, Tampines and many more. Therefore during peak hours, the PIE often becomes congested.

Traffic jams on the PIE have famously lasted durations between forty-five minutes to even two hours. While traffic has been eased by the Lornie Highway fully opening in April of 2019, congestion is still especially evident during peak hours. Often, traffic congestion may occur not only on the PIE but on roads connecting to the PIE as well, such as Jalan Anak Bukit and Corporation road. 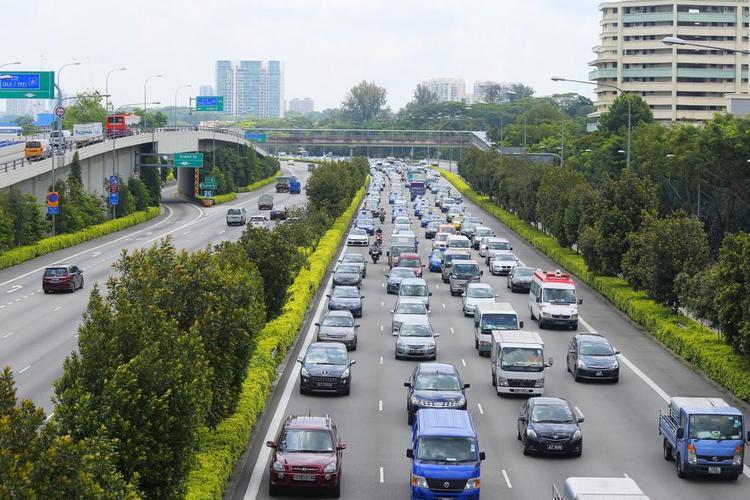 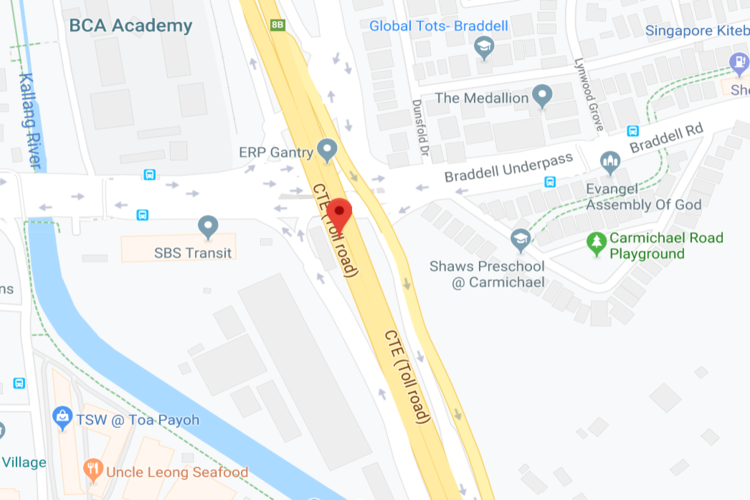 The CTE expressway is another expressway that is often congested during peak hours. Connecting Yio Chu Kang road to Bukit Timah road, it is also linked to the PIE. Alongside the CTE are widely popular landmarks as well, such as the ITE college central, Ang Mo Kio Industrial Parks 1 and 2, and many more. The accessibility of the CTE hence makes it one road that is frequently travelled.

In addition, a large part of the CTE is built via underground tunnels. There are two tunnels, both of which give access to widely populated areas like Orchard Road, Clemenceau Avenue and Cairnhill Circle. It is for this reason that often, the CTE finds itself full of traffic that is as slow moving as the other expressways as well. During peak hours congestion is almost inevitable, with travelling time being extended to one to two hours for most commuters. 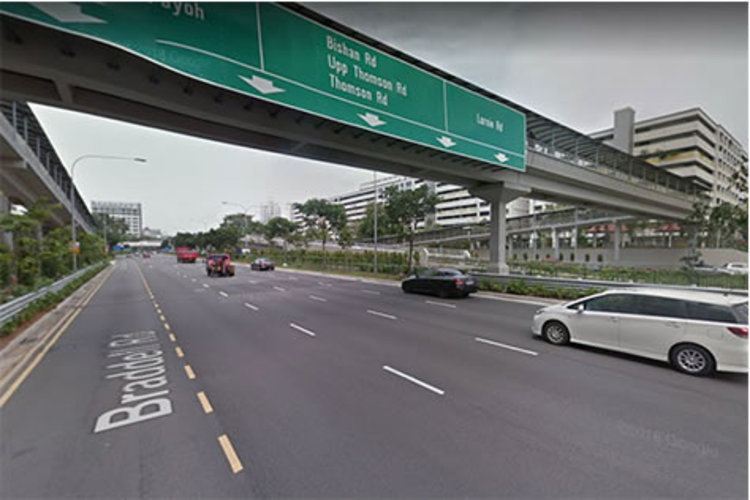 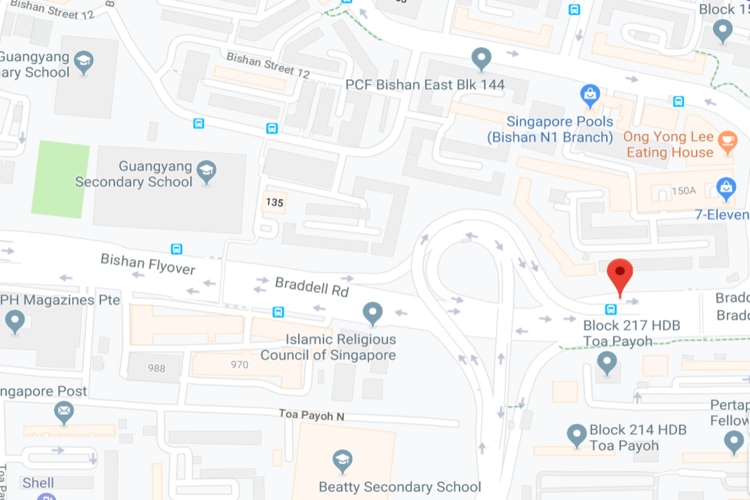 Braddell Road in general is prone to poor traffic conditions, such as slow-moving traffic during the peak hour rush. Situated in Bishan, it connects to the CTE. Braddell Road gives access to often visited locations such as the BCA Academy and schools like Beatty Secondary and Australian International School. The accessibility hence makes this road one that is habitually used by motorists to reach their destinations, worsening traffic conditions during peak hours.

While the flyover has certainly helped with easing traffic flow during peak hour, traffic is still noticeably slow moving, taking motorists up to half an hour to leave the road. This often increases the risk of accidents as well. 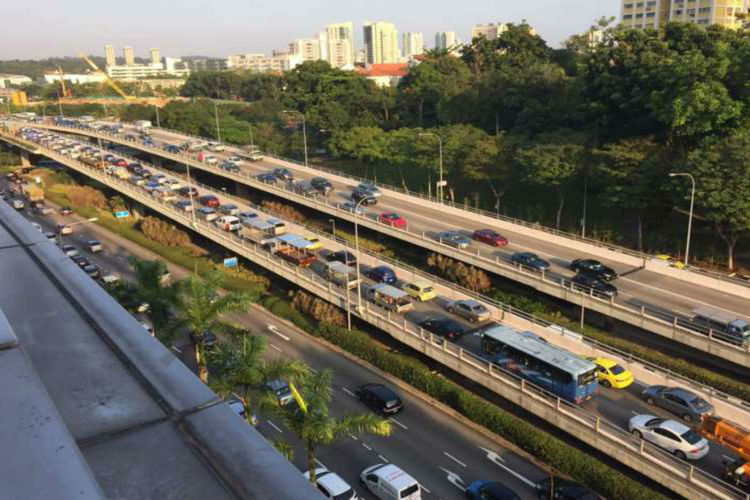 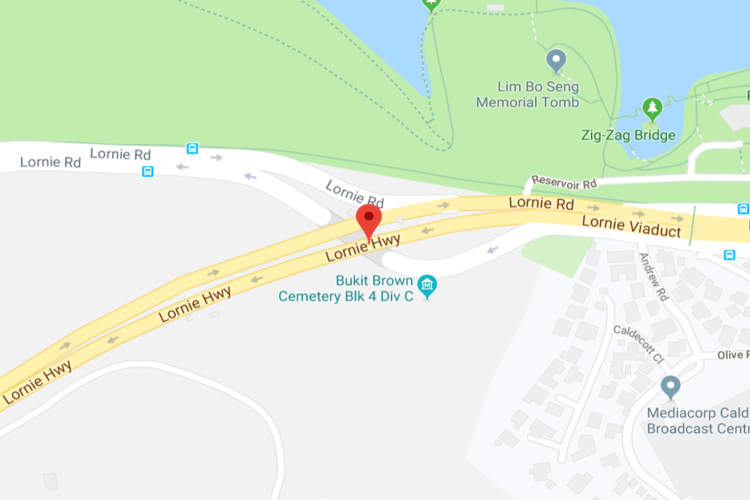 Lornie road is notable for being packed during peak hours. Located alongside the MacRitchie Viaduct, it gives access to popular locations like Thomson Plaza and MacRitchie reservoir, as well as connecting to roads such as the PIE and the Adam and Farrer roads.

In addition, there is an underpass at the entrance of Lornie highway that enables commuters to access the residential areas in Lornie road. It is for all these features that Lornie road remains one of the most congested, especially during peak hours.

The Lornie Highway had initially been built to ease congestion on Lornie road, as well as on connecting roads like Adam roads and Farrer roads. While it has improved traffic conditions on Lornie road, the redirecting of traffic from other roads such as Kheam Hock Road implies that the easing of congestion is not all that significant. 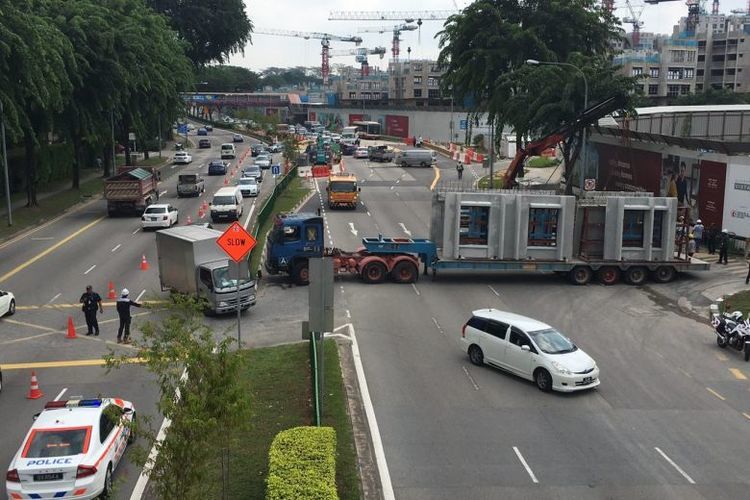 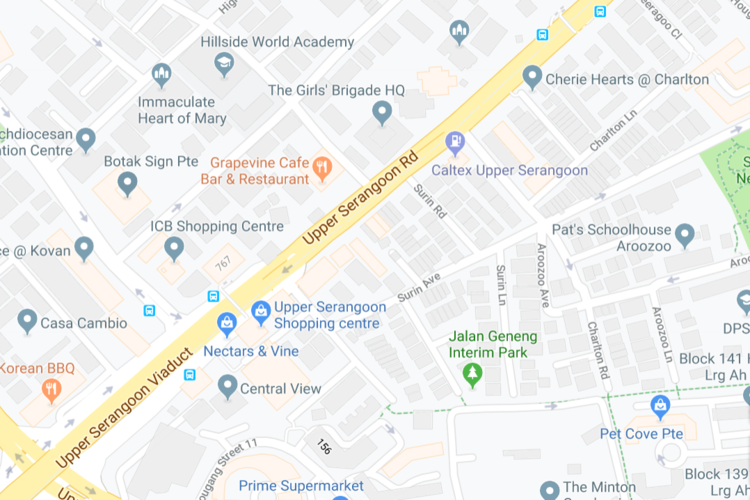 Upper Serangoon Road is a road that is especially prone to congestion. It runs between MacPherson Road and Buangkok Drive, connecting towards Serangoon Central, Hougang, Sengkang and Punggol East. It also provides access to numerous locations such as DPS International School and Nex. As such, during peak hours traffic flow on Upper Serangoon Road becomes slow moving.

Upper Serangoon Road is also frequented by Punggol residents. The housing estate of Punggol has grown to become one of the largest housing estates in Singapore, leading to especially high congestion during peak hours. Often the traffic jams have lengthened journeys from twenty minutes to an hour, sometimes even longer. 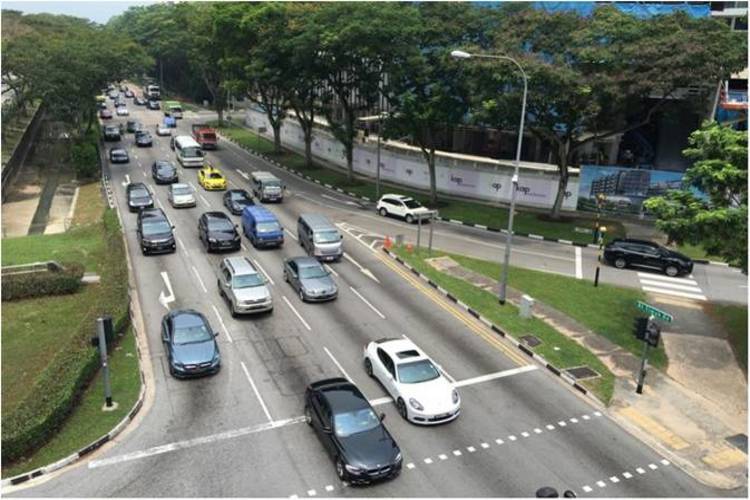 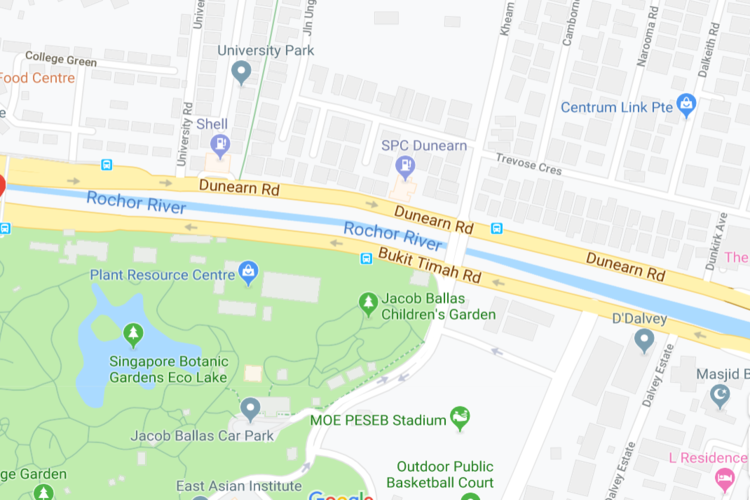 Bukit Timah road is famously known as one of the worst roads to travel on during evening and morning commutes, with traffic having increased greatly during recent years. A major road connecting the city centre to Woodlands Road, it is one of the longest in Singapore. As such, it passes through a number of densely populated areas, namely Little India, Newton Road and Farrer Road.

The high accessibility of Bukit Timah road therefore makes it one of the worst congested as well, especially during peak hours. While there are plans in place to reduce the congestion such as facilitating the construction of a new U turn to reduce traffic going into Newton circus, the construction is likely to make traffic flow even slower in the meantime. 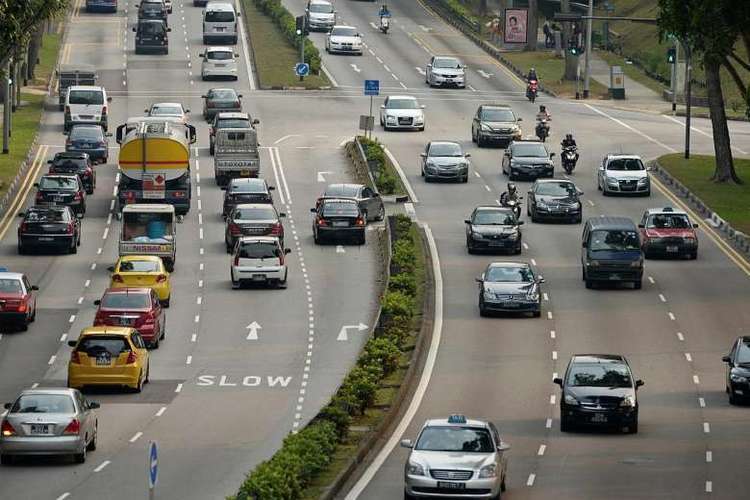 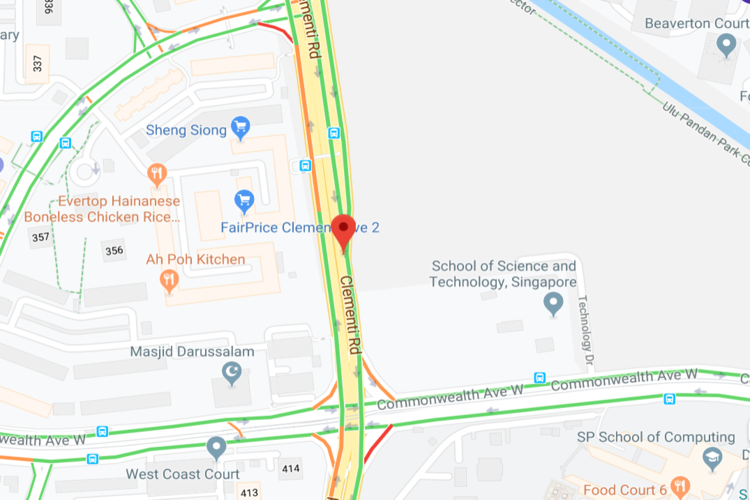 Clementi Road has been constantly identified as one of the roads to experience the worst congestion in Singapore during peak hour. Connecting the West Coast Highway to Bukit Timah Road, it serves many commuters living in Clementi and Queenstown, as well as students traveling to NUS and Singapore Polytechnic.

The growth in the residential areas at Clementi have made this road one that’s been even more frequented in recent years. As a result, travelling time during peak hours becomes the double or even triple of the time taken during off peak hours. This is especially worse during morning hours of 7 am to 9 am, when commuting time has been said to be one of the worst in Singapore.

An easy solution to avoiding these roads during the peak hour rush is to use your GPS to find other routes to your destination. Going for the shortest route may take you through these roads, hence opting for longer routes which avoid them might be the better option in such circumstances. If you have no choice but to use these roads, it might be better to opt for public transport like the MRT system instead, or leave your house an hour early so that you manage to avoid the peak hour rush.

An alternative option is downloading our Motorist App. Through our app, you'll be able to gain access to live traffic updates and ascertain which roads are the most jam packed. You'll be able to easily plan your route in advance and thus avoid delays in getting to your destination. Cick on the button below to download the app and ensure you have the fastest ride possible.