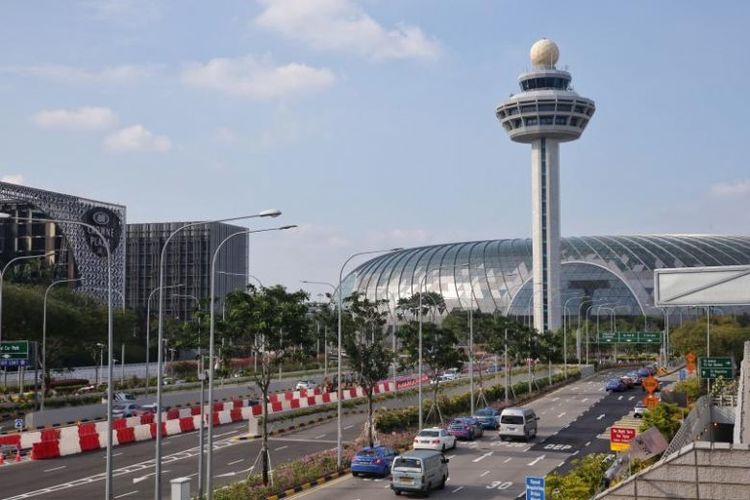 
A new lane on the PIE expressway near Changi Airport will open on March 24, and the northbound link of Lornie Highway will fully open on April 19.


In anticipation of the opening of Jewel Changi Airport, a new lane has been added to PIE, in the direction of Airport Boulevard. The new lane will be opened on Sunday (24 Mar). 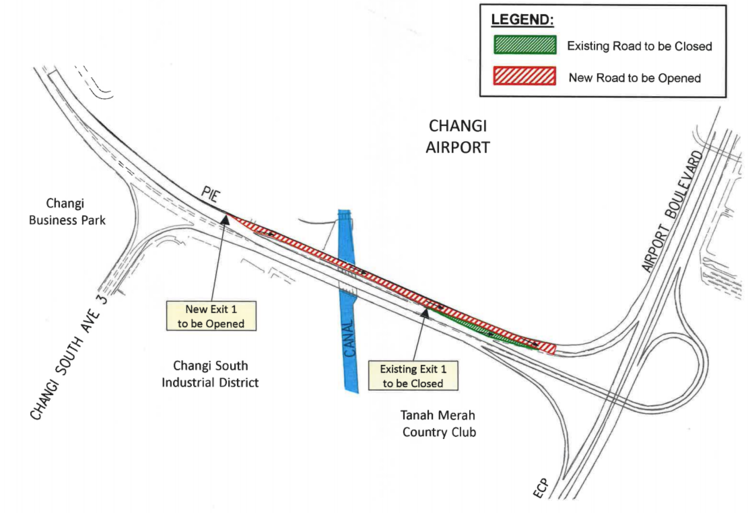 The expansion of the slip road, making it a three-lane road, on top of pushing Exit 1 of the PIE farther from the airport, are all part of efforts to improve traffic flow to the airport.

A spokesperson for the Changi Airport Group said that the airport worked closely with LTA to turn the filter lane from Changi North Crescent to the PIE into a full lane.

He added that this is part of road development works to cater to increased vehicular traffic to the airport.

This comes two years after the one-lane slip road into Airport Boulevard was widened to two lanes in 2017. The two-lane slip road was also divided into two to simplify navigation for drivers, one lane now leads to Terminal 4, and the other leads to Jewel, Terminal 1, 2 and 3.

Separately, after several delays concerning the Lornie Highway, it will be fully opened on April 19, with the northbound stretch being put into operation on that date. This northbound road will run from Adam and Farrer roads towards Thomson Road. 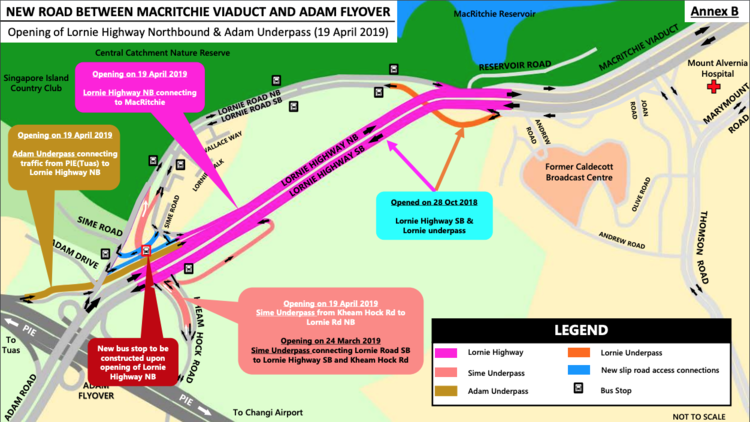 This comes half a year after the southbound portion of Lornie Highway opened in October 2018.

The Lornie Highway, a two-way four-lane road, was built to help handle the heavy increase in traffic due to the redevelopment of the Bukit Brown area. Traffic in that area is expected to increase by 20 to 30% by 2020. The highway is also meant to help lighten peak-hour traffic along Lornie Road and the Pan-Island Expressway (PIE).

The Land Transport Authority (LTA) also announced other changes in the road around the vicinity of Lornie Highway. 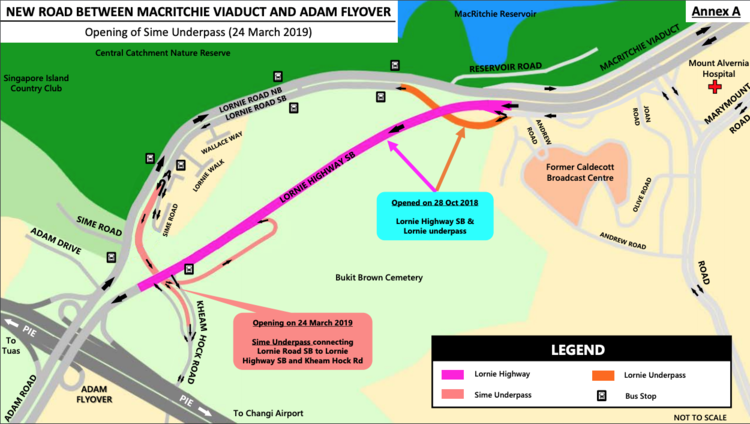 With this underpass opening, the LTA will remove the temporary road connecting Sime Road and the traffic signals along southbound Lornie Highway.

On top of that, two other underpasses will open on April 19 at 3am, the same day as the northbound Lornie Highway.

The remaining section of the Sime Underpass will connect Kheam Hock Road to the northbound Lornie Road.

The second one is the new Adam underpass. It will connect eastbound traffic exiting the PIE onto the upcoming northbound Lornie Highway towards the MacRitchie Viaduct. 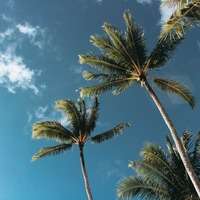