Inconsiderate Drivers of the Week: Episode 42 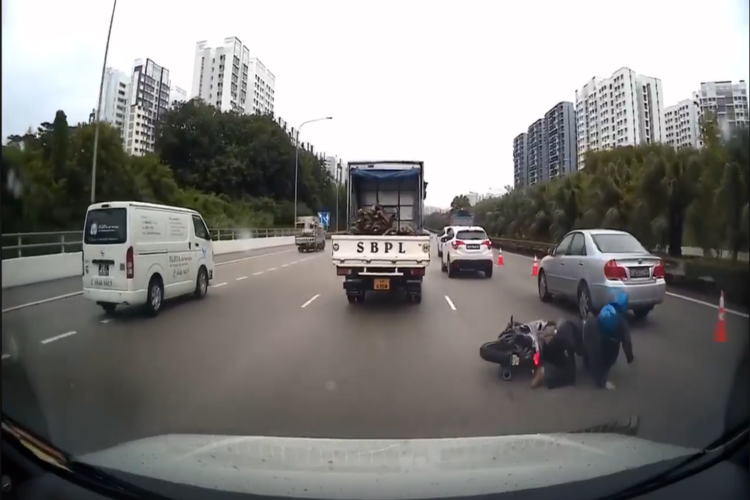 In this episode of Inconsiderate Drivers of the Week, we feature drivers who race even within school zones and change lanes without checking for approaching traffic.

The nature of Singapore being a city is that we’re all always in a rush. However, we should never be in so much of a hurry that we disregard traffic rules and safety. It is important that we be mindful of other road users.

One of these rules is waiting for pedestrians to cross when the pedestrian green light is flashing. Running the red light without concern when there are any pedestrians crossing is a serious offence. Doing so endangers the lives of other pedestrians and could result in serious injury.

2. Porsche and Suzuki Swift Drivers Race Against Each Other During Morning Rush Hour


Public roads are a shared space meant for everyone to use. Not being conscious of other drivers on the road can lead to accidents of a fatal nature. This goes double during peak hours, when road space will be used the most.

Furthermore, we should note that roads are where we’re meant to exercise courtesy and caution at all times. The expressways are commonly used during rush hours. Therefore, it is necessary to prevent ourselves from engaging in any kind of unruly or reckless behavior while using them.

In this video, we can see the drivers of a Porsche and a Suzuki Swift rush along the CTE towards Yishun at a breakneck speed. Fortunately, no incidents were reported.


Being aware while on the road is a habit we should all employ every time we get behind the wheel. Every single action we make can have consequences for our fellow road users. If we’re not careful, these consequences can be drastic and result in a police report.

In this video, the driver of a car employed the brake on the road abruptly, causing the motorcyclist behind to swerve abruptly to avoid a collision. While there were no severe injuries caused, the motorcyclist collided with a passing car. This resulted in slight damage dealt to the motorcyclist's vehicle.

4. Toyota Speeds In School Zones, Braking Just In Time To Avoid An Accident

While we should be driving carefully at all times, this becomes even more necessary in school zones. As it is, the speed limit in school zones is restricted to 40km/h to minimise the possibility of accidents. Car accidents involving those still in their youth are often the most televised and tragic. It is vital that we avoid these accidents as much as it is in our power to do so.

In this video, we see a Toyota at the far right of the video speed down the lane. The driver of the Toyota brakes right in time to avoid hitting a boy who’s crossing the road.


As shown in the above videos, being conscious of our surroundings while on the road should be a definite given. This includes checking for road blocks, and for any obstacles obstructing our path. We should also be aware of other road users while doing so.

In addition, it is vital that we always signal and check that the lane is clear before changing lanes. Failing to signal can result in accidents occurring, as the lane may often be busy. If an accident does occur, it is on us as responsible citizens to stop and help the injured parties.


In this video, we see a Toyota Camry speed ahead on a lane blocked off by road works. The driver of the Camry then attempts to change lane and in the process, knocks over a motorcyclist. Without stopping to help, the driver speeds off from the scene of the incident.