Inconsiderate Drivers of the Week: Episode 41 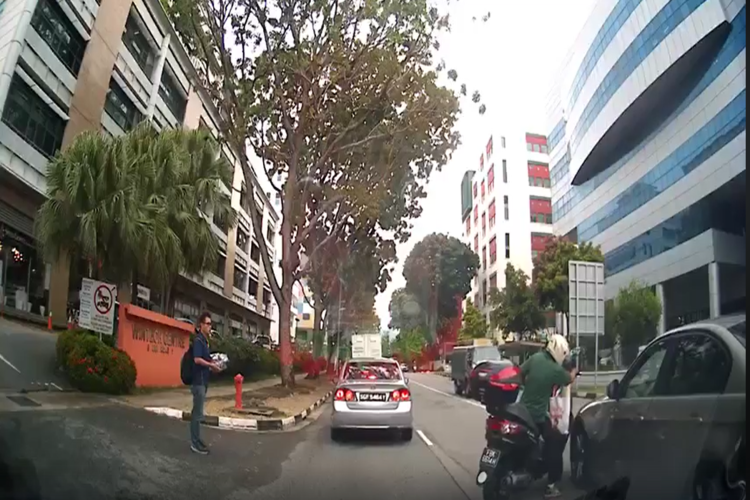 In this episode of Inconsiderate Drivers of the Week, we feature red light runners and drivers who change lanes without checking for approaching traffic.

It is not uncommon to find vehicles racing to beat the red light as often, drivers may be in a hurry or have the desire to save some time. However, attempting to do so and failing to stop when the pedestrian light turns green will earn you a warning from the traffic police. Running the pedestrian green light is generally considered to be dangerous due to the risk posed to pedestrians who may be crossing the road at that time.

As evidenced in the video, a BMW X3, followed by a Toyota CHR, an Audi A5 and a Honda Vezel run the red light, forcing pedestrians to wait for the crossing to clear even when the pedestrian green light was blinking.

2. Motorcyclist Does Not Check Before Entering Road, Collides with BMW

Before embarking onto a lane, it is always important to check if it is clear. The failure to do so can have disastrous consequences, such as accidents. In the event that the motorist has a wide view of the road, there is really no excuse for being unable to discern if the coast is clear enough.

In this specific video, it is evident that the motorcyclist has a clear view of the surroundings. As he emerges from the carpark, he fails to notice the BMW heading down the lane, consequently colliding with the front of the aforementioned vehicle. Luckily, no severe injuries were incurred other than some slight damage to the motorcyclist’s vehicle.

When on the road, it is important to observe traffic safety to the fullest. The braking capacities of different vehicles vary greatly. The ability of one car to brake abruptly will not be equal to another car’s capacity to do so. This mismatch may result in the risk of collision.

4. Driver Changes Lane Without Checking, Collides with Another Car

In an earlier video, we saw what can befall motorists who do not check if the lane is clear before attempting to change lanes. Similarly in this video, the same phenomenon occurs even though the driver signaled his intentions. Often, even after signaling your intentions, the lane may still be busy. Changing lanes without checking if it is clear will increase the risk of collision.

In the video provided above, we see a driver signaling before turning into a lane. However, he fails to check if the lane is clear before turning, resulting in a small collision with another car that had still been on the lane.

5. Biker Does Not Pay Attention, Slams into Stationary Car


When on the road, it is important that we keep a proper lookout and our attention focused on what is around us. Not doing so could result in accidents that may be fatal and severe.

In this video, we see a biker losing his focus and not paying attention to what's ahead. This results in him colliding into the back of a stationary car, causing him to fall. By the looks of it, the motorcyclist also appears to have injured himself.