Inconsiderate Drivers of the Week: Episode 34 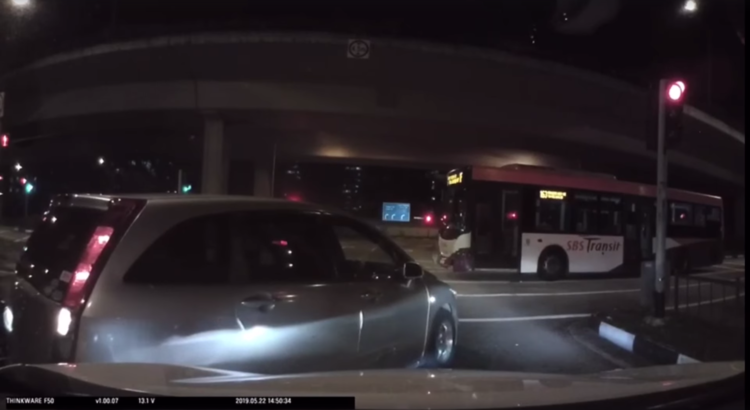 
In this episode of Inconsiderate Drivers of the Week, we feature drivers who just can't decide which direction to drive in until it's too late.


We change our minds every day, deciding for or against doing something, sometimes at the very last minute. But the question here is, does changing your mind suddenly at the last-minute affect others around you?

In this video, we can see a white Toyota in the right lane at a traffic junction, waiting to turn right. But suddenly, when the traffic to the car’s left was clear, the driver makes an abrupt turn and goes left. Suddenly, the traffic was clear when the driver performed the reckless manoeuvre.


While the first video took place at a traffic junction, this one is a little more dangerous, in the sense that it took place on the open road, where vehicles were travelling at high speed.

This video shows a Mercedes on the first lane, reaching the end of the new Lornie Highway. The driver then decides to slowly filter into the third lane. Following that, with the left-hand indicator still blinking, waits for a lorry on the last lane to past before cutting across a chevron to make a turning.


Lanes have markings on them for a reason, to tell motorists where each lane can lead them to. At junctions, markings are even more important as it tells motorists from which land they can go straight or turn, left and right.

In this video, we can see a Transcab ahead travelling on the second lane, a straight-only lane, signalling left. The camera car is on the first lane, which is a straight and turning lane. Suddenly, as both cars approach the junction, the cab driver attempts to turn right. The camera car driver responds by swerving, ending up on the kerb ahead.

Thankfully, there were no pedestrians in the way of the camera car. After the incident, the cab driver decides not to stop and render assistance, instead choosing to drive off.

Nothing good comes out of beating a red light. Apart from 12 demerit points and a fine, you also run the risk of causing an avoidable accident just because you wanted to save a few minutes.

In this video, the camera car is waiting at a traffic junction. On the opposite side of the road, a Honda driver speeds through the red light. Suddenly, an SBS bus appears from the right, with right of way, and T-bones the Honda. The force of the collision pushes the car a few metres, to right in front of the camera car.

It’s bad enough when you commit one traffic offence, such as run a red light. To couple that with another offence like turning where there is a “No-Turning” sign, the driver must be either extremely brave or reckless.

In this video, a Toyota C-HR driver is sitting on the right lane at a traffic junction, waiting for the lights to turn green. But for some reason, the Toyota driver decides not to wait. With the indicator blinking, the driver slowly inches out and turns right. This is despite the junction having a “No Right-Turn” sign.